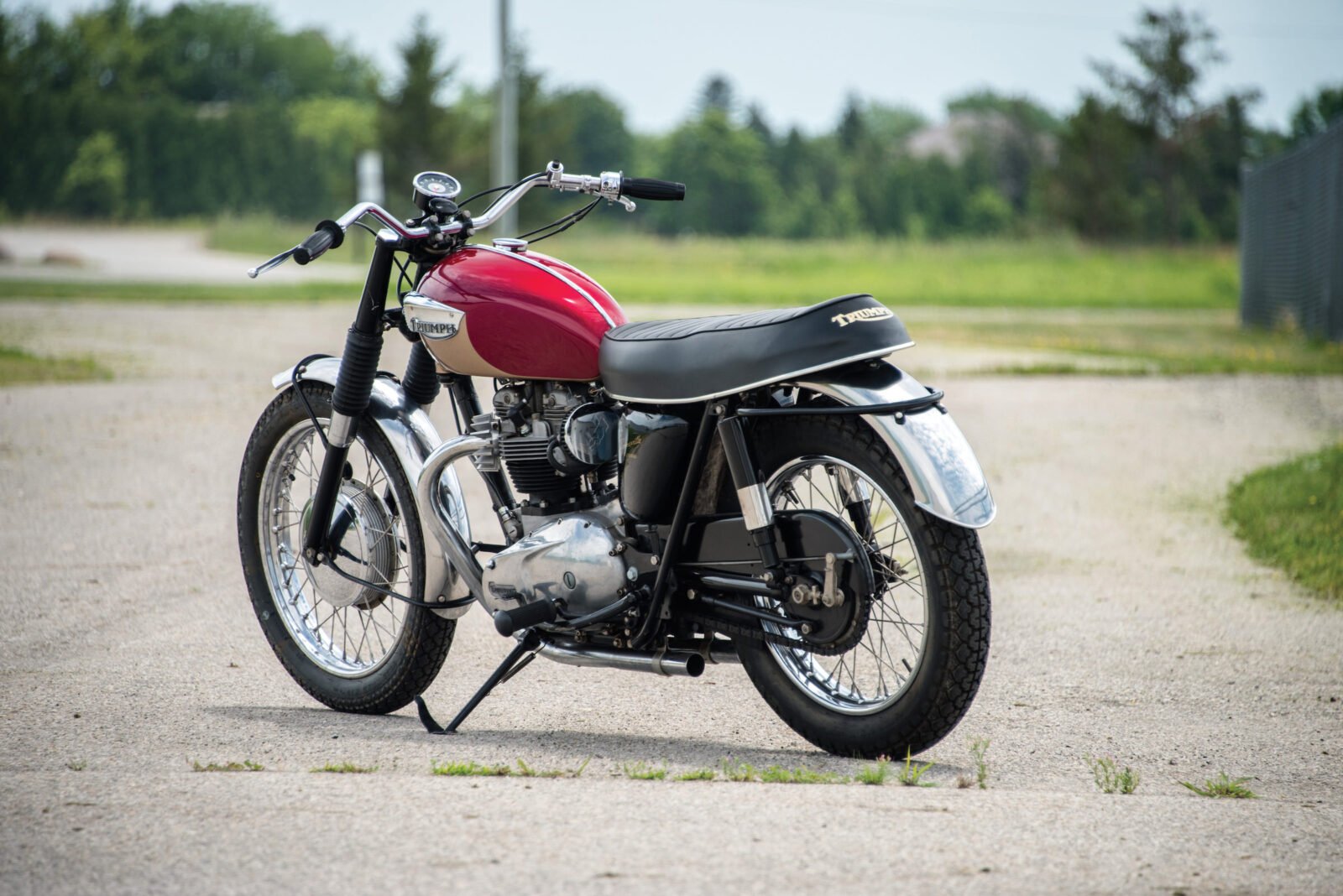 In the 1960s both Steve McQueen and Evel Knievel owned Triumph TT Specials, McQueen often raced his Triumphs with notable success, and Knievel used his in the life and death world of stunt jumping.

The most famous Triumph TT Special was undoubtably the example used by Evel Knievel for the Caesar’s Palace fountain jump on New Year’s Eve 1967. It didn’t go well. But it did forever stamp the TT Special into the minds of all who watched.

Despite the British badge on the fuel tank, the TT Special was a sub-model invented by the Americans, specifically the team at Johnson Motors on the West Coast.

TT steeplechase racing has its roots in flat track racing, but instead of racing in an oval the course includes both right and left hand turns, with at least one jump. The bikes used in modern TT steeplechase are typically similar to flat track motorcycles however they have a front brake fitted.

Back in the ’60s TT steeplechase motorcycles had more in common with desert sleds, the key difference being the exhaust pipes slung under the engine rather than up high along the side. Steeplechase tracks didn’t need the ground clearance that off road motorcycles need, save for the jump of course, but even this wasn’t enough to bring the pipes into contact with the dirt.

The AMA Class C racing rules governing flat track racing limited overhead valve engines to 500cc whilst allowing side valves engines of up to 750cc. This was done to directly block British bikes and favour the somewhat simpler side valve V-twins used in the racing Harley-Davidsons of the era.

TT steeplechase had no such limitation, neither did most forms of desert racing, and this is where the British parallel twins dominated – particularly those built by Triumph.

In the 1960s Triumph had two major importers in the USA, Johnson Motors on the West Coast and Triumph Corporation on the East Coast. These importers had a far better idea of what the local American audience wanted than the suits in a boardroom in England.

When Bill Johnson of Johnson Motors put together a list of special modifications they felt would make the Bonneville unbeatable in TT competition the suits in England listened. 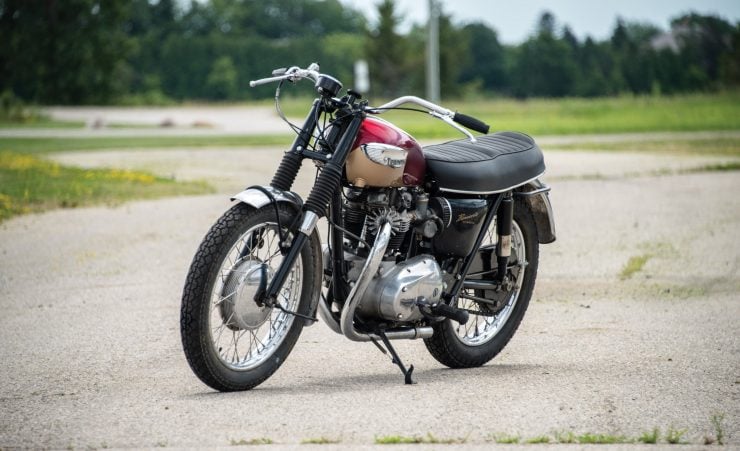 Each Triumph TT Special was built on the same production line as the regular Bonneville, however they were fitted with 12:1 ratio high-compression pistons, a pair of open underslung pipes, larger twin 1-3/16″ carburetors, a performance cam with higher lift and duration, a higher-output ignition system, and lower gearing for better acceleration.

In order to lower weight the headlight/taillight was deleted, the speedometer was deleted, aluminum fenders replaced the original steel fenders, and the fork lock was removed. All in all this saved approximately 30 lbs over the standard Bonneville. These modifications meant the bikes weren’t road legal of course, but they were never intended to be boulevard cruisers.

It was powered by an uprated version of the same 649cc OHV parallel twin cylinder engine producing 54 bhp, mostly thanks to the largely carburettors, more aggressive cam profile, and open exhausts.

The TT Special had the same front and rear drum brakes as the stock Bonneville as well as the stock suspension, fuel tank, and seat. A set of wide handlebars were fitted, made all the more prominent by the deleted headlight, mirrors, and the sole gauge. 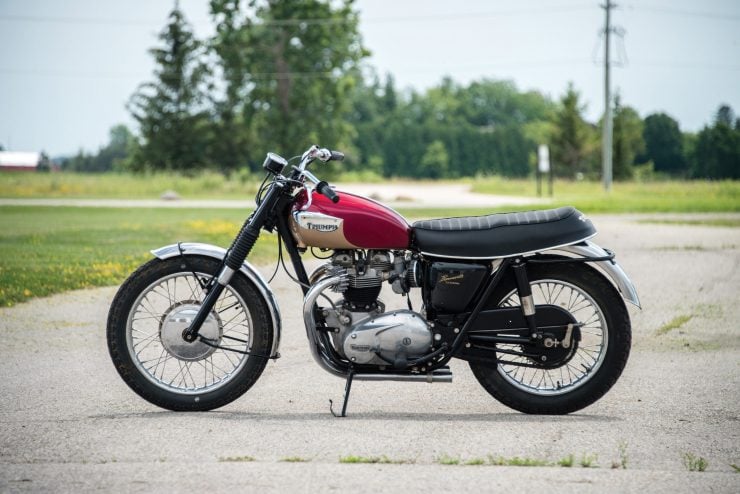 High octane fuel (by the standards of the time) had to be used due to the aforementioned 12:1 compression ratio, and acceleration off the line, even on dirt, was described as loud, fast, and brutal.

The Triumph TT Special was first released in 1964 and was only available from Johnston Motors, it began winning as soon as its wheels touched the dirt, and in 1965 the TT Special won more events in its class than all other makes combined.

The model would be discontinued in 1967 with approximately 900 made, many haven’t survived to the modern day due to their tough lives on the steeplechase courses of the 1960s, so examples that have survived are highly sought after by collectors.

The 1967 TT Special you see here is from the final year of production, importantly it has a matching numbers engine and frame, and is presented in excellent original condition throughout.

It’s estimated to be worth between $10,000 and $12,000 USD, putting it well into the dangerously affordable zone for many of us. If you’d like to read more about it or register to bid you can click here to view the listing. 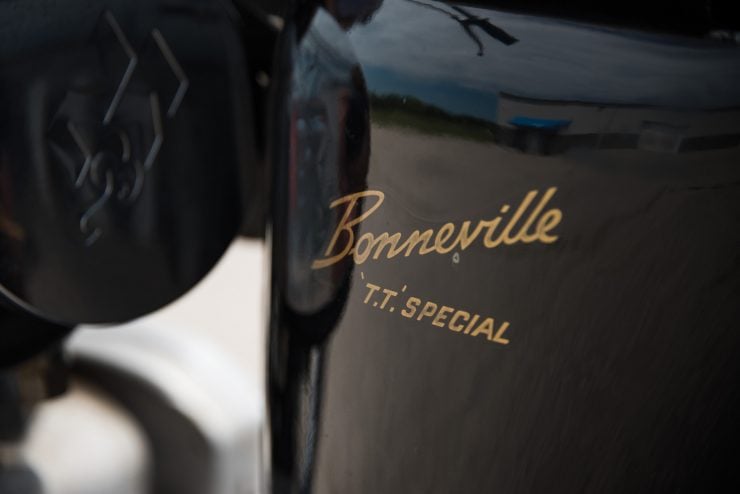 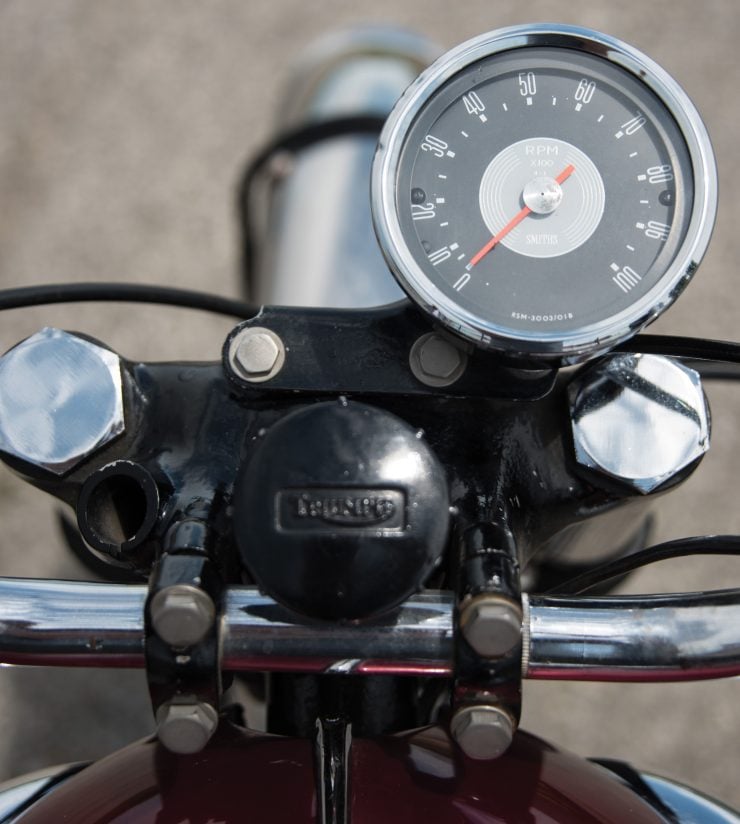 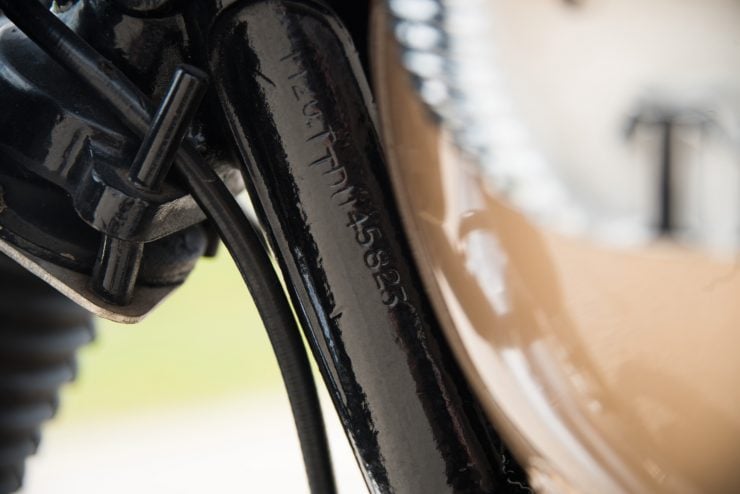 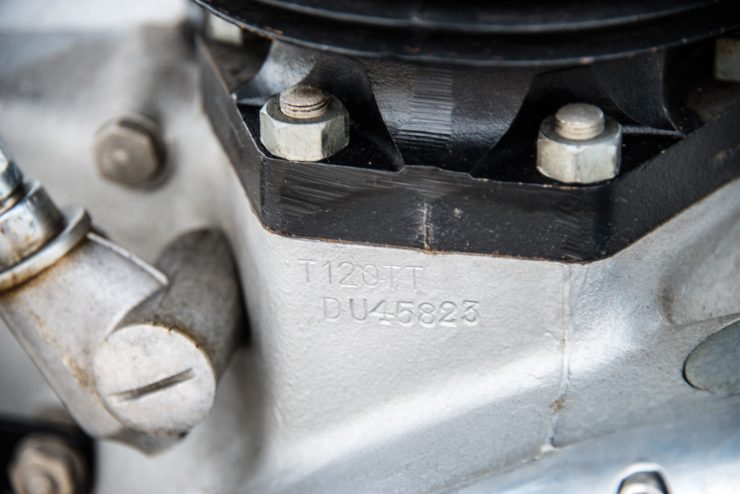 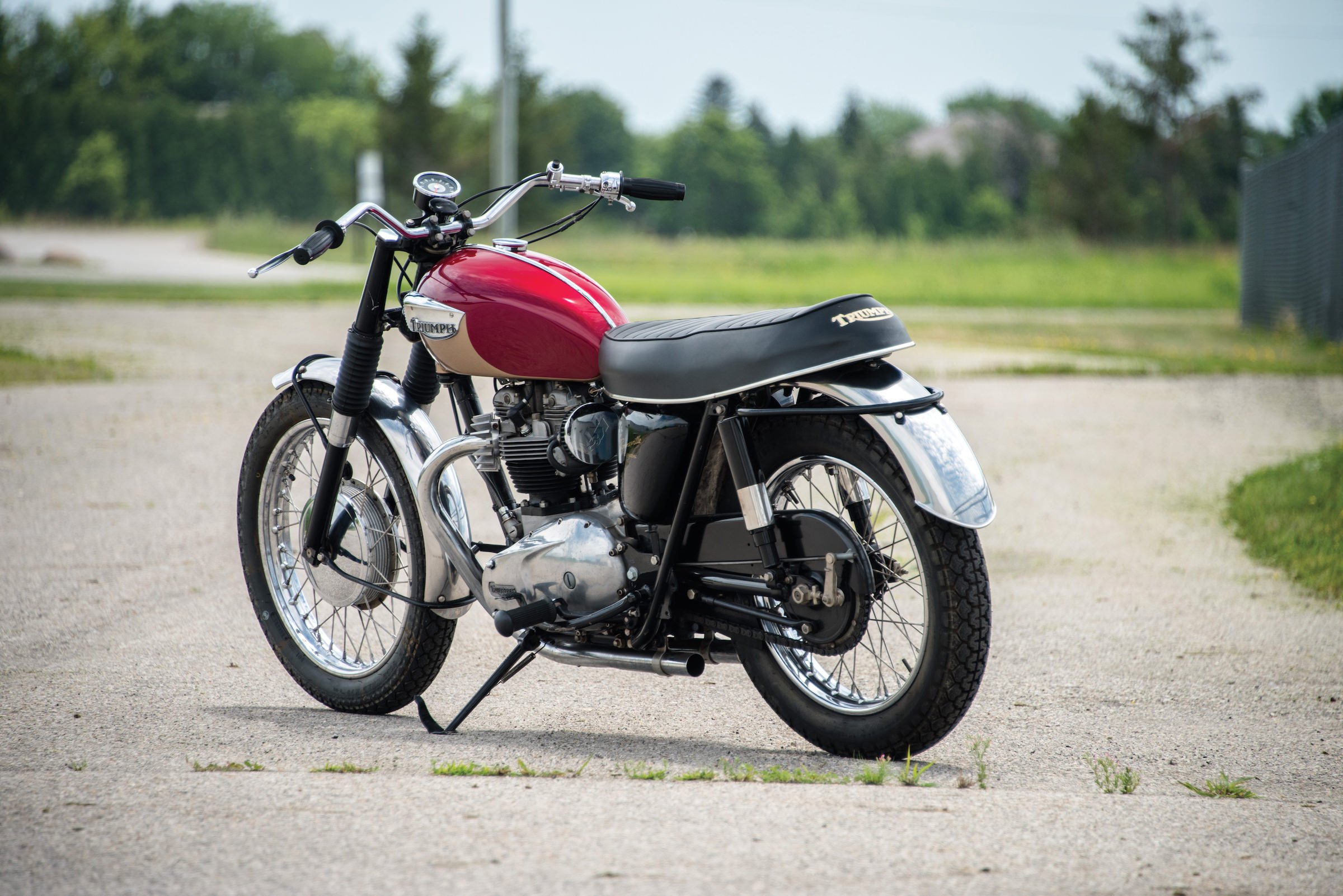 Published by Ben Branch - May 24th 2019
Related Posts
The 21st Century: Autos and All That Traffic – A 1969 Film By Walter Cronkite