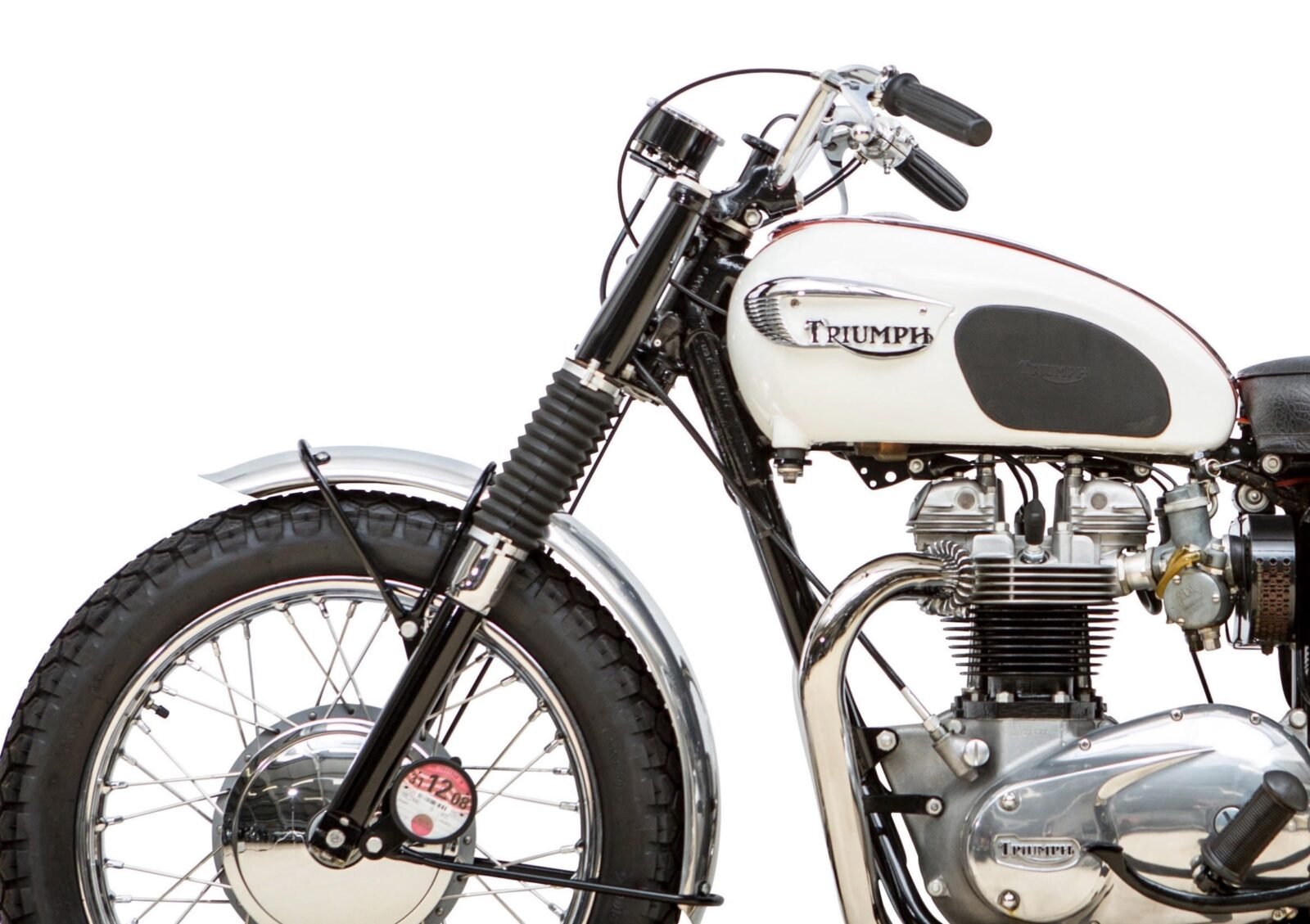 The Triumph Bonneville TT Special was designed specifically for American TT Steeplechase racing – interestingly the final specification of the model was developed not in England, but on the West Coast of the USA by Johnson Motors, commonly known as “JoMo”.

In the 1960s Triumph had two major importers in the USA, Johnson Motors on the West Coast and Triumph Corporation (“TriCor”) on the East Coast. As was often the case, the importers had a far better idea of exactly what American riders wanted than the boardroom at Triumph in England, and the Triumph Bonneville TT Special is evidence of this.

Some of the most popular forms of motorcycle racing in the USA in the 1950s and ’60s was dirt based – flat track, Hare and Hound, desert racing, and TT Steeplechase.

Dirt racing motorcycles of the time were typically road bikes that had been modified with lowered gearing, reduced weight, knobby tires, and wide handlebars – though this may sound primitive it was highly effective, and no country in the world was as good at building scramblers and desert sleds than the Brits. 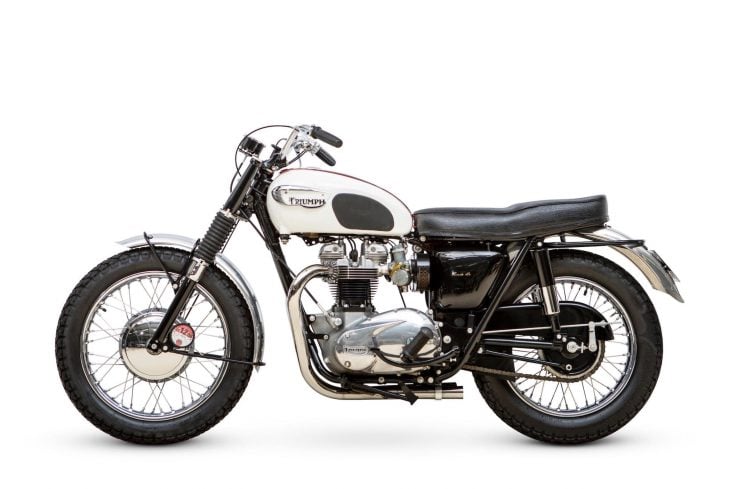 Much like the Norton P11 that would come later, the Bonneville TT Special was essentially a parts list put together by the team at Johnson Motors to create what they felt would be the greatest TT Steeplechase racing motorcycle in the world at the time.

Each TT Special started life on the regular production line with the Bonneville T120, but these models destined for Johnson Motors were fitted with high-compression pistons offering a 12:1 compression ratio, a pair of open underslung pipes, twin 1-3/16″ carburetors, hotter camshafts, a high-output ignition system, and lower gearing.

These non-road legal racers proved exceptionally light, and exceptionally quick (for the era of course). They tipped the scales at 350 lbs – a good 30 lbs lighter than a normal Bonneville T120.

The new model was released in 1964 but it was only available to buy through Johnston Motors, it proved immediately popular with both amateur and professional racers, and in 1965 the TT Special won more events (in its class) than all other makes combined.

By the end of its production run in 1967 just 900 (approximately) had been built. Two of the 900 belonged to two of the most famous men in America at the time – Steve McQueen and Evel Knievel.

Perhaps the most famous TT Special of all was the one used by Evel Knievel for the Caesar’s Palace fountain jump on New Year’s Eve 1967.

The landing was a disaster, and Evel suffered a crushed pelvis and a series of other horrific injuries, but when he returned to motorcycle jumping less than a year later he once again chose a Triumph.

The TT you see here is a matching-numbers example that was despatched to Johnson Motors, California USA on 14th October 1965.

The story of the Triumph’s early life is lost to history, and all that’s known is that it was rediscovered in Southern California’s High Desert, having last been road-registered in 1976.

The current owner has had the bike restored to original factory specification with all parts refurbished or renewed. It was imported to the UK and road registered on the 7th of January 2008, and it now comes with a California Certificate of Ownership, an expired MoT (November 2008), an old V5C (copy), and current V5C documents.

If you’d like to read more about the TT Special or register to bid you can click here to visit the listing on Bonhams, the current estimated value is £14,000 to £18,000. 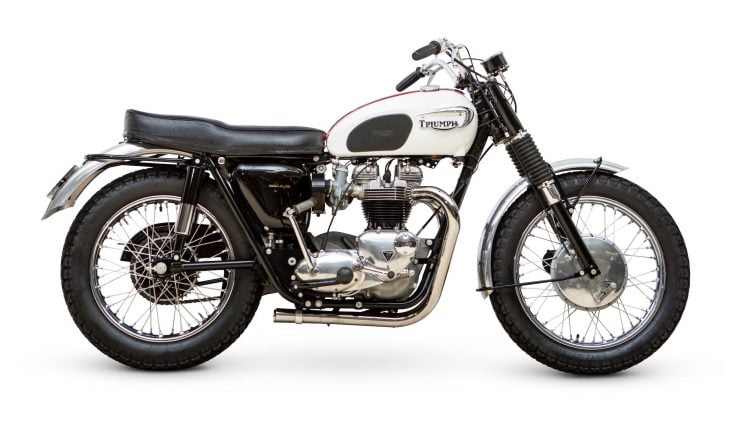 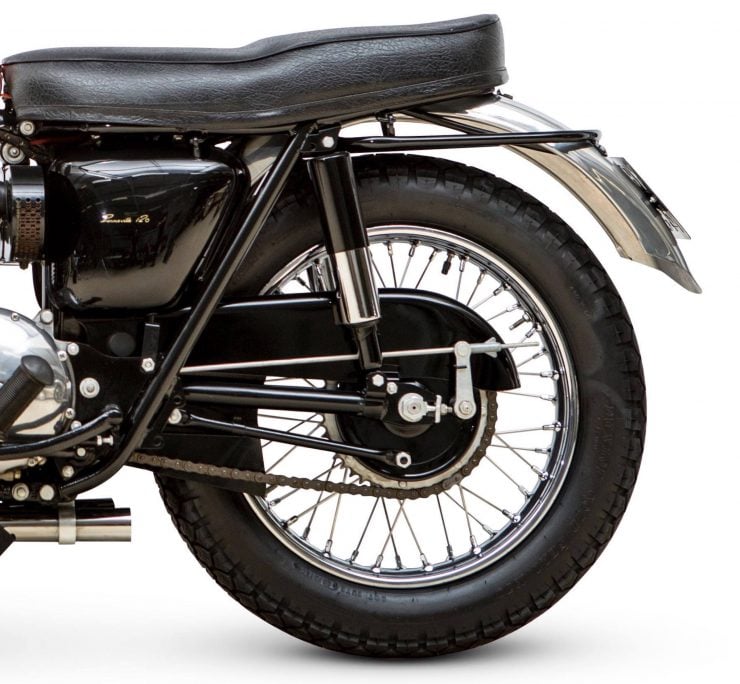 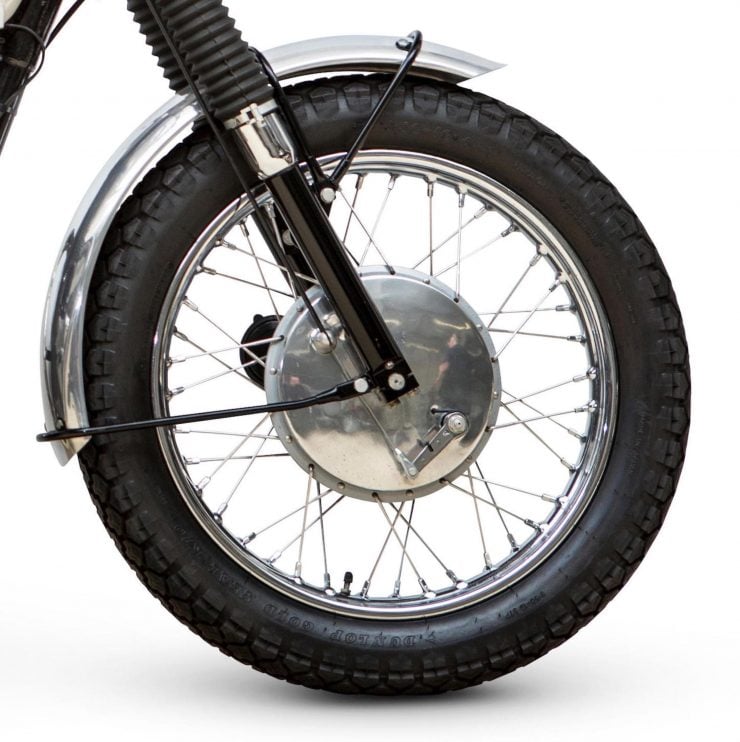 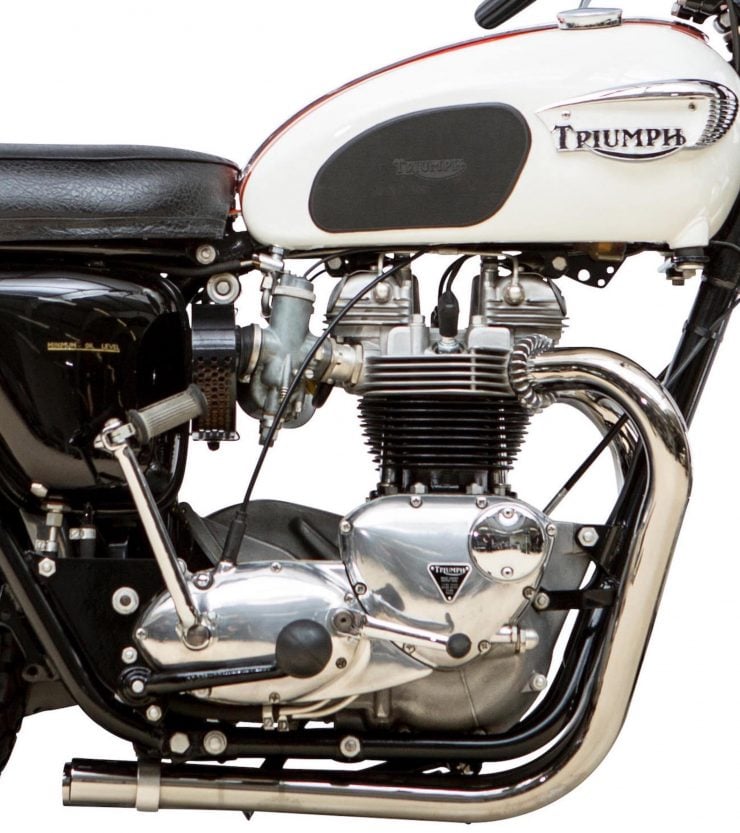 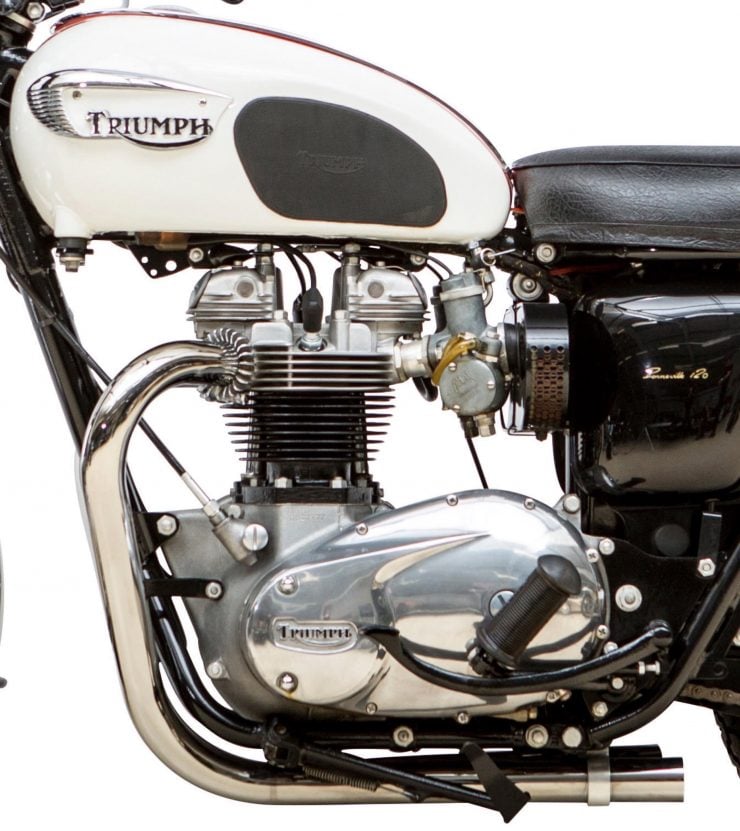 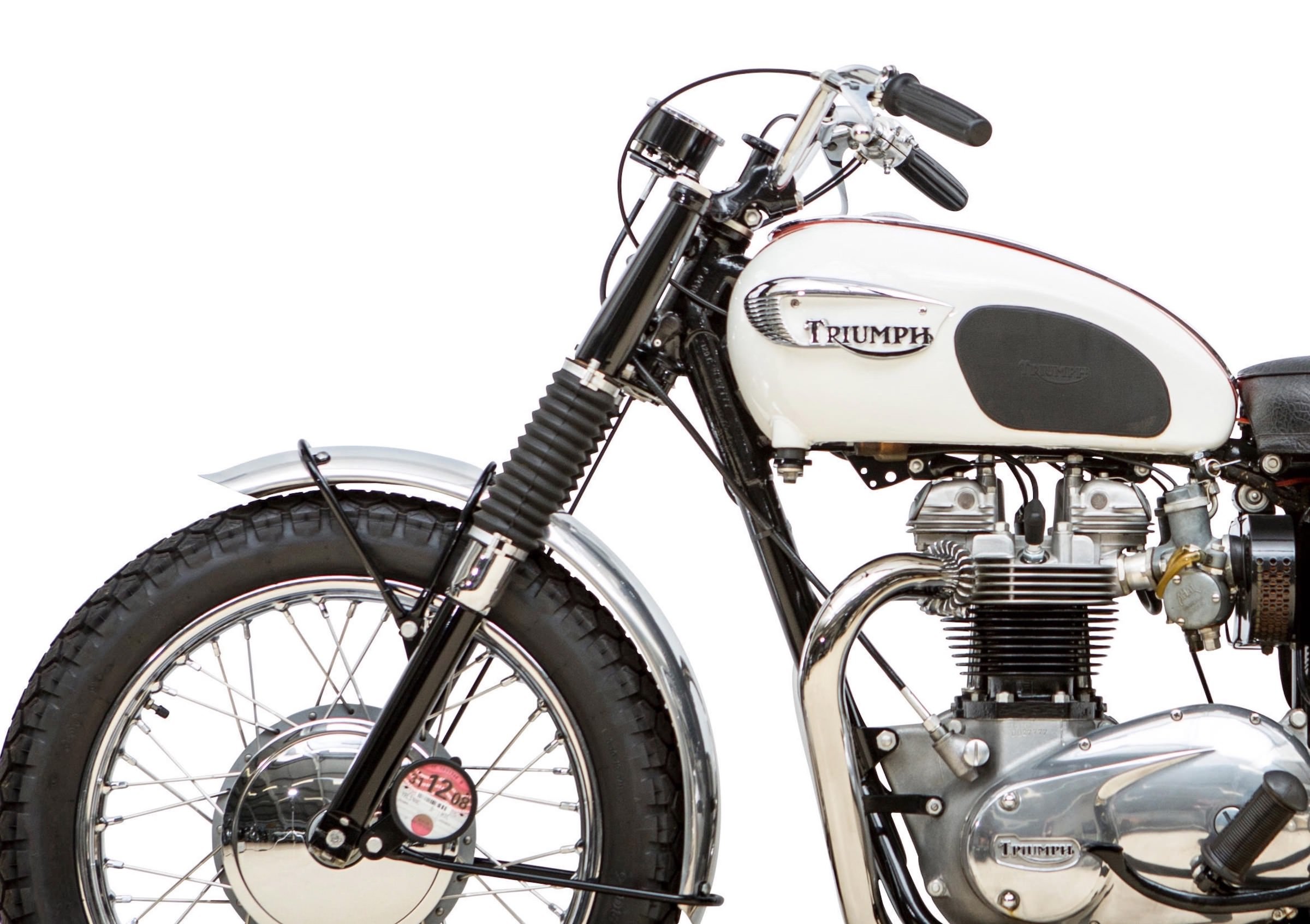