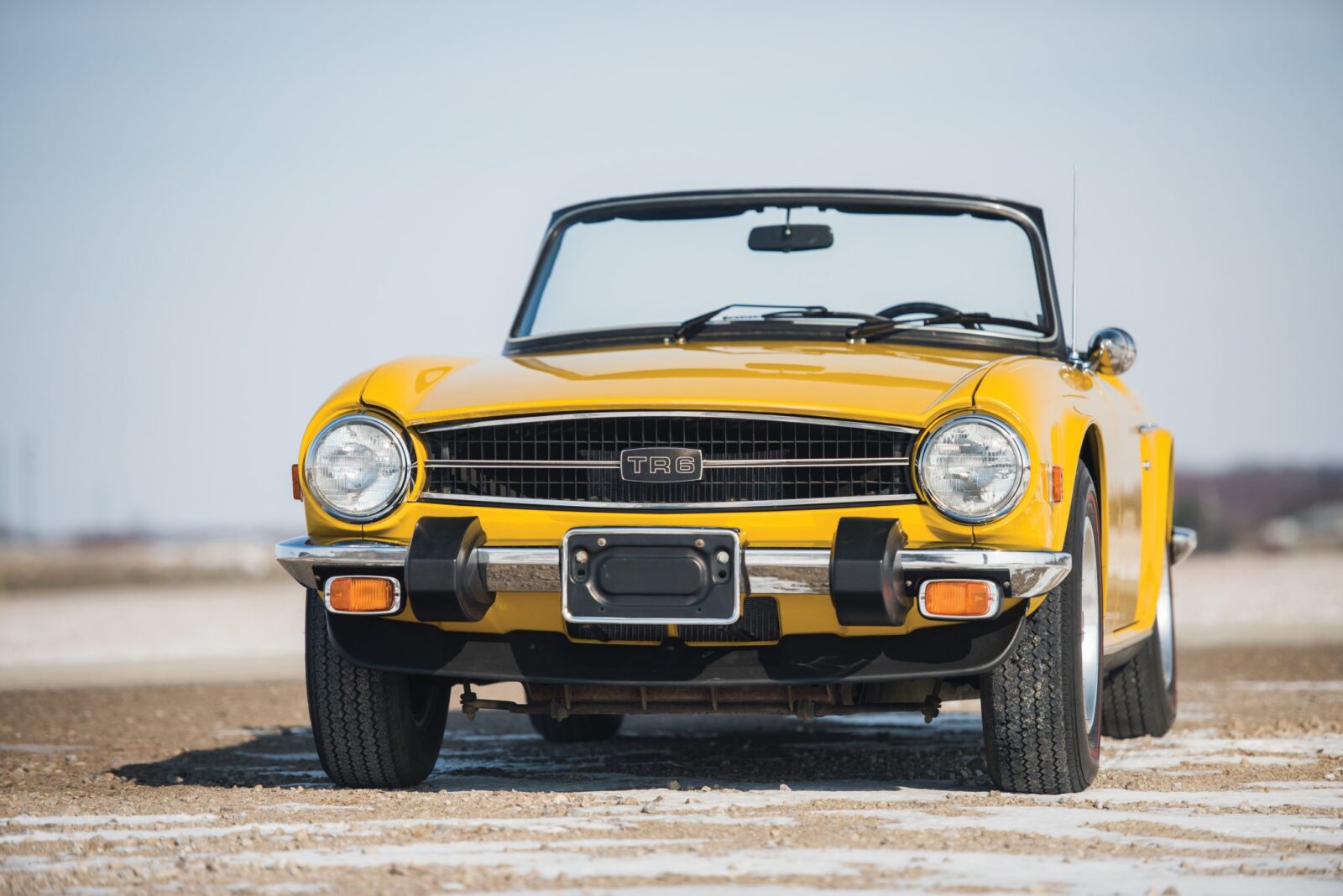 James May describes the Triumph TR6 as “The blokiest bloke’s car ever built”. Translated into non-British English that means it’s a car that appeals to the sort of men (and women for that matter) who like to roll up their sleeves, open up their toolbox, and work on their own engines.

Preferably with a strong cup of tea nearby.

A Brief History of the Triumph TR6

The Triumph TR series of sports cars really began life when the chairman of Standard-Triumph, Sir John Black, decided the company needed a sports car to compete with the iconic Morgan. However, Sir John also wanted to build the car using parts already being produced by the company, especially expensive to create parts such as the chassis, suspension and engine. In effect Sir John wanted a sports car, but at minimal cost and minimal effort. The resulting Triumph TR1, better known as the 20TS was not a success, but out of its failure the ideas were germinated to create a new sports car built on a new frame with revised suspension and brakes, and an uprated engine. This car was the TR2 of 1953 and it formed the foundation for all the TR series cars up to and including the TR6.

The TR6 was the last development of the series of cars that began in 1961 with the new body style designed by Giovanni Michelotti for the TR4. The TR4 and later cars were still built on the same basic framework as the original TR2 but the TR4 saw a major change in 1965 when the live axle rear suspension was replaced with a new independent rear suspension with trailing arms, creating the TR4A. The car was developed further in 1967 with the installation of a 2.5 liter in-line six cylinder engine based on the engine used in the Triumph 2000 sedan, and with the fitting of servo assistance to the front disc and rear drum braking system. This new car was sold in Britain and Europe as the Triumph TR5 and in the United States as the TR250.

Just one year later in 1968 Triumph unveiled the TR6, the principle difference in this car being the modernization of its body style. The re-vamped body was remodeled by German design house Karmann and gave the TR6 the clean aesthetic lines that would set it apart and make it into the classic British sports car it deserved to be. The TR6 would remain in production until 1976 and would become one of the more sought after British sports cars of the twentieth century.

Click here to visit Sports Car Art and buy the above TR6 poster.

Transmission: Four speed all synchromesh manual gearbox with Laycock de Normaville electric overdrive option. The Laycock de Normanville overdrive was originally fitted to the 150bhp cars with overdrive available on 2nd, 3rd, and 4th gears but service failures led to later models having the overdrive available on 3rd and 4th gears only. (Note: This may have been one of the contributing factors to the decision to reduce the engine power of the Lucas fuel injected models.)

The first thing to remember if planning on buying a TR6 is that you are going to purchase a car that is at least four decades old. In the sixties and seventies people used to say that British cars came “rust free, i.e. they gave you the rust for nothing”, although to be fair the same is often said for Italian and American cars of the same era.

The mechanicals of a TR6; the engine, gearbox and transmission are all things that can normally be repaired without too much difficulty thanks in large part to their relative simplicity. Rust in the chassis and in the body can involve the need for a complete strip down and re-build which will be difficult, time consuming, and expensive. Body panels and complete new chassis are available to buy off the shelf, but you should avoid a car that is going to need such major surgery unless you intend to take on that challenge. 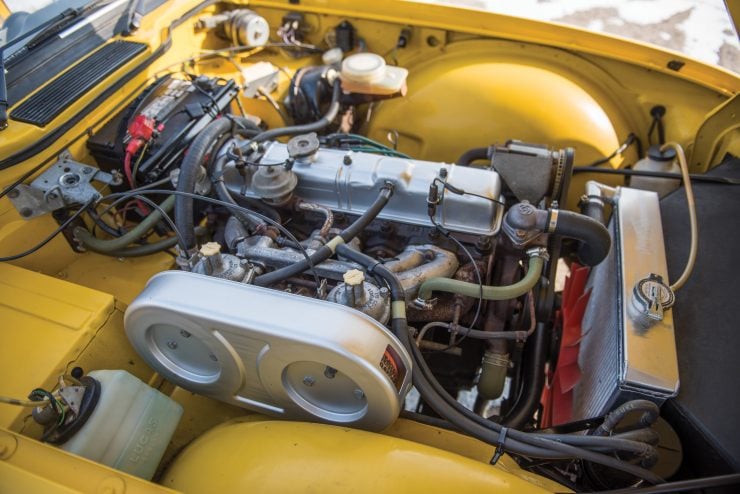 Things to watch for:

– Rust normally begins under the paint and manifests itself as bubbles.Check around the headlights. Dirt and mud can become trapped in this area trapping water and seeding corrosion.

– Seams on the scuttle top where the wings bolt on.

– Top of the rear deck and the seams around it. (Note: Rust bubbling around this area typically mean a much worse problem in hard to examine areas underneath.)

– The upright on the floor panel area behind the sills. If this does not feel firm it likely means much more serious problems underneath.

– The rear wings where they bolt onto the “B” pillar and at the rear of the wings especially.

– Bottom of the rear valence as it is an area that tends to trap moisture.

– Rear lip of the boot lid. Good to also have a small magnet to check for the presence of body filler under the paint from previous rust repairs.

– In the engine bay check for rust such as that caused by the battery leaking or the brake/clutch master cylinders leaking and stripping of the protective paint. 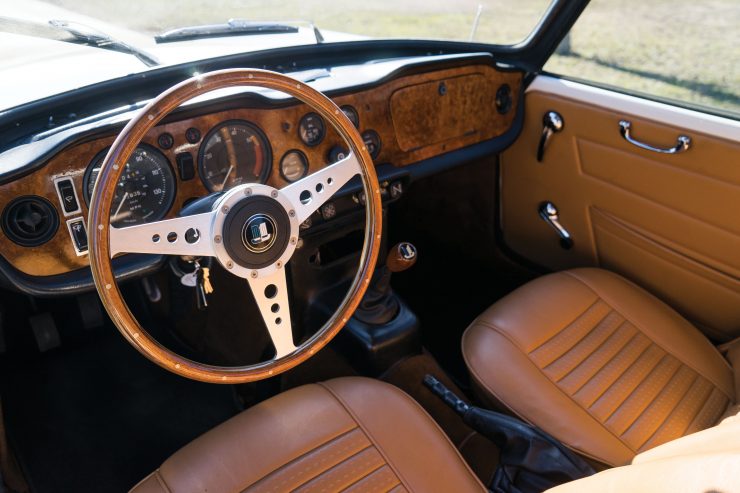 A small hammer or ice pick is good to have when you get underneath the car. A bright sound indicates sound metal and a dull sound indicates nastiness. Be especially vigilant checking areas where two layers of steel are mated on top of each other. This is critical under the “T shirt” area. If there are signs of rust forcing the layers apart then the problems are going to be very difficult to deal with, and you should avoid that purchase.

– Check the chassis is even on both sides.

– Check for accident damage, including “kerbing”.

– Check all the electrics work correctly including all lights (and brake lights). Reach up under the dash and assess just how old and brittle the wiring is. Re-wiring can be done but is a fiddly and mind bending job.

– General check of the engine, does it run evenly? How does it feel on the road?

– Test drive and listen and feel for behavior of the gearbox and differential. How does the car feel and sound generally? Knocks from the transmission? Steering? Brakes? 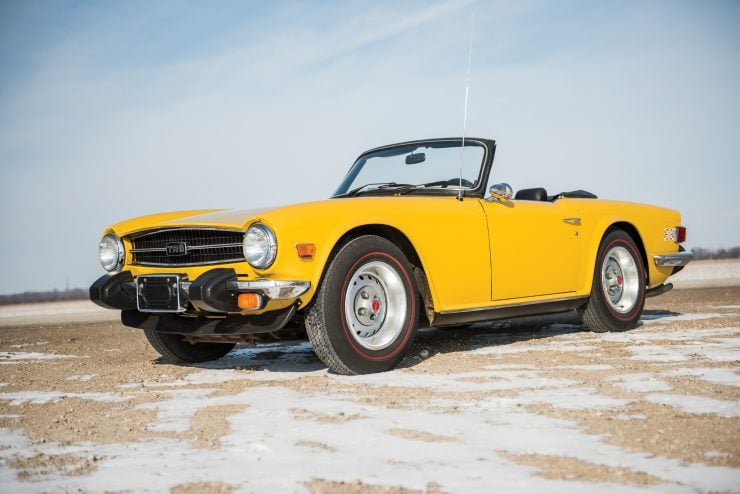 The Triumph TR6 was described by British motoring magazine Autocar of 17th April 1969 like so: “It is very much a masculine machine, calling for beefy muscles, bold decisions, and even ruthlessness on occasion. It could be dubbed the last real sports car…“.

No doubt it is for all these reasons that you are considering buying one. The TR6 really is one of the great British sports cars. It’s a car for someone who loves to drive and who really appreciates the feeling you get as you accelerate through a corner and feel the car squat down and power through. It is a car that will reward a conscientious owner who will commit to looking after it’s bodywork and mechanics.

On top of all that this is a car that looks wonderful. If you can, bolt a set of Minilite alloy wheels onto your TR6, they look good and reduce unsprung weight. But if you can’t manage the Minilites the original steel wheels still look great. Or if you’re lucky you may score a car with original wire wheels.

If you are planning on buying a TR6 be careful, be observant, and most of all, be fussy. Those things will pay off in your purchase. Once you have made your choice invest some time and effort into it, it will pay dividends. And enjoy your British classic, likely the last real sports car made in Britain.

Editor’s Note: If you have tips, suggestions, or hard earned experience that you’d like to add to this buying guide please shoot us an email. We’re always looking to add to our guides, and your advice could be very helpful to other enthusiasts, allowing them to make a better decision. 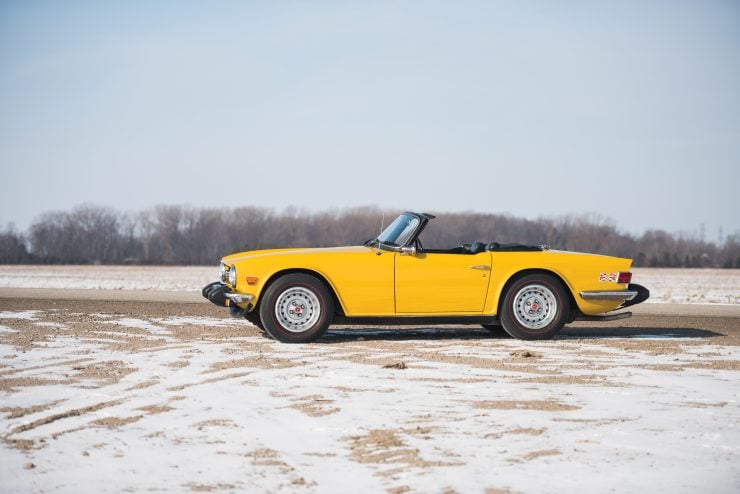 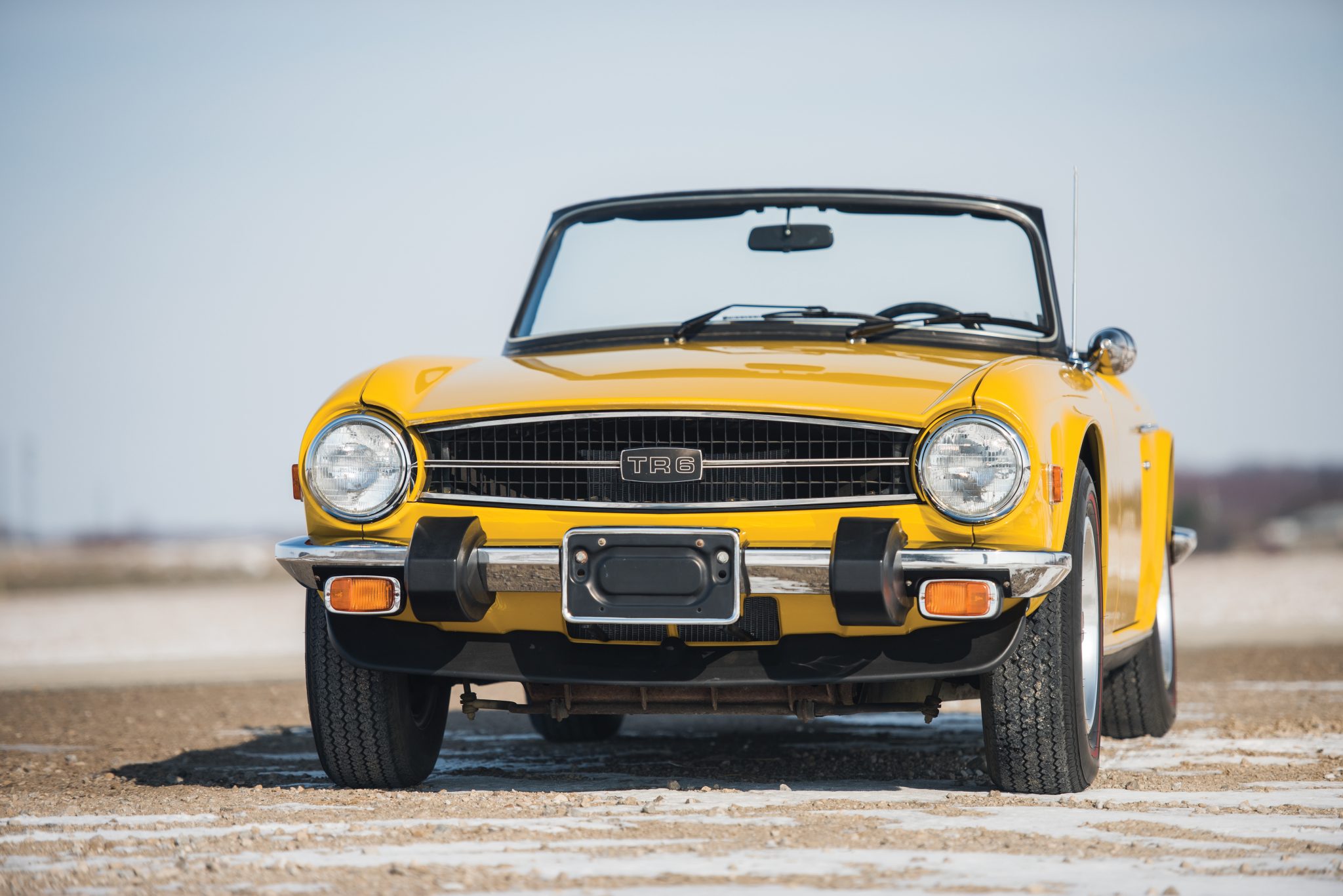