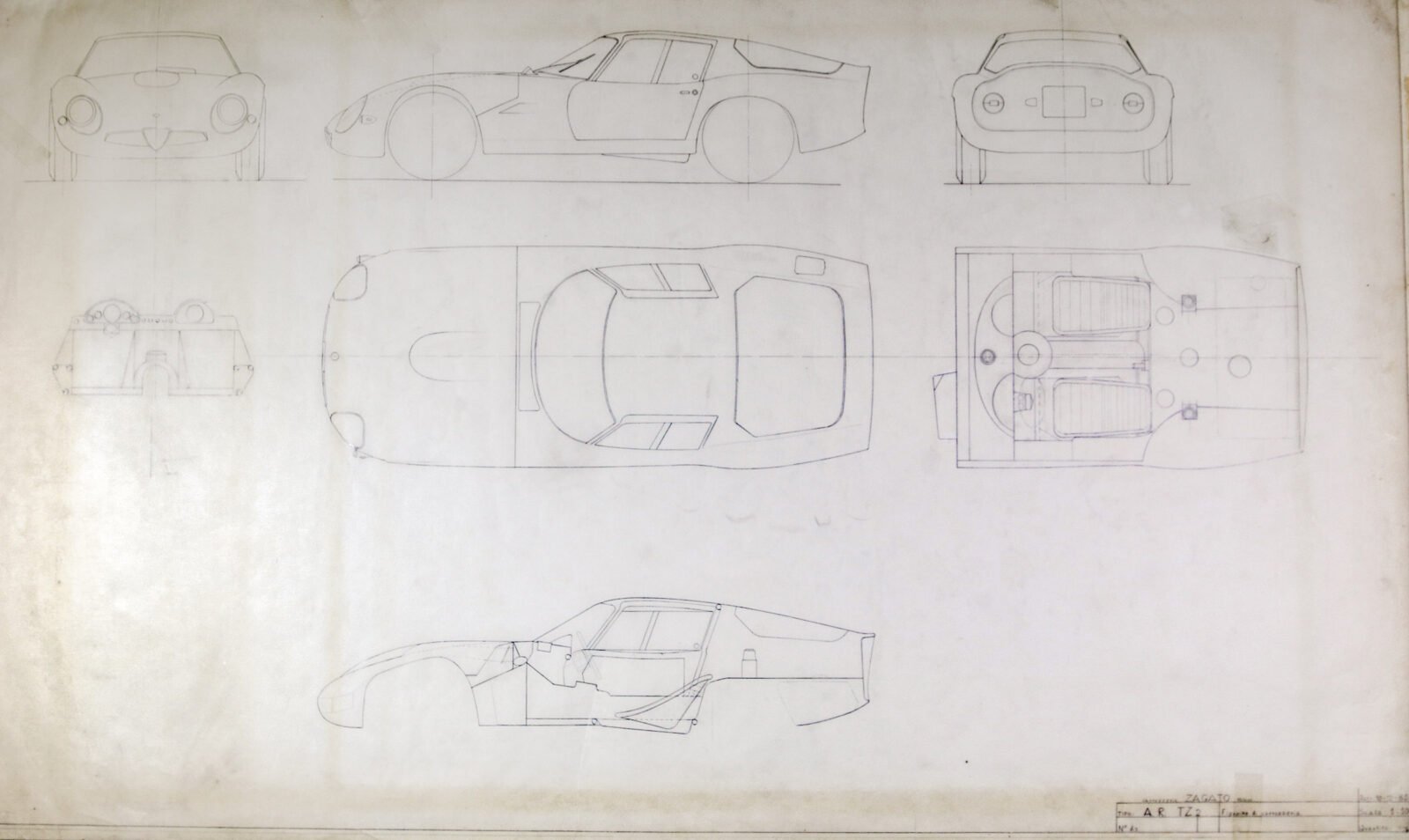 This is a sheet of original blueprints for the Alfa Romeo Giulia Tubolare Zagato (TZ-2), the car was designed by Ercole Spada at Zagato, and it’s remembered today as one of the most beautiful Alfa Romeos of its time.

The styling of the Giulia Tubolare Zagato was pure ’60s Italian sports car, perhaps the most interesting style element was the Kammback rear end. Spada was responsible for some of the most attractive cars of the era including the Alfa Romeo Giulietta SZ and the breathtaking Aston Martin DB4 GT Zagato.

The Giulia Tubolare Zagato (both TZ-1 and TZ-2) was developed on the Alfa Romeo Giulia 105 platform, much of the engineering was done by Autodelta, a company led by former-Ferrari engineer Carlo Chiti. 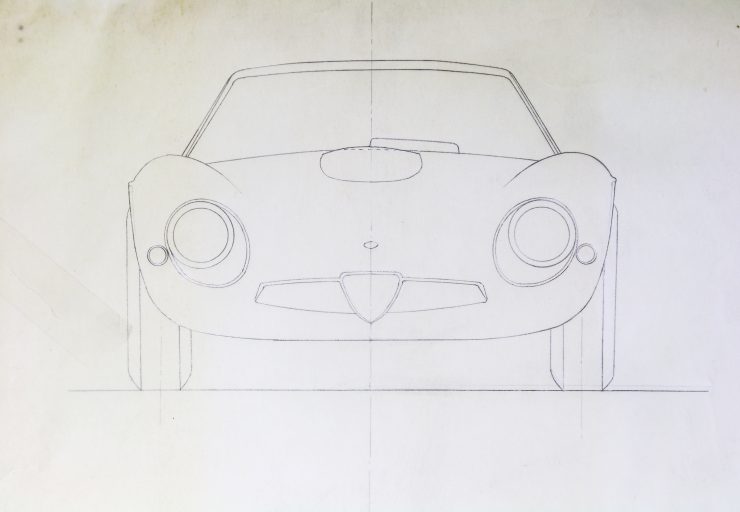 The TZ-2 moved to lightweight fibreglass body construction, shaving off 30 kgs in the process. It was fitted with an Autodelta-enhanced twin plug, dry sump 1,570cc Alfa twin cam turning out 170 hp in race trim.

Just 124 or so examples of the Alfa Romeo Giulia Tubolare Zagato were built, and today they’re highly sought after by collectors.

These original blueprints are being offered from the Zagato Archive, it has an estimated hammer price of between €3,000 and €5,000, and you can click here if you’d like to read more about it or register to bid. 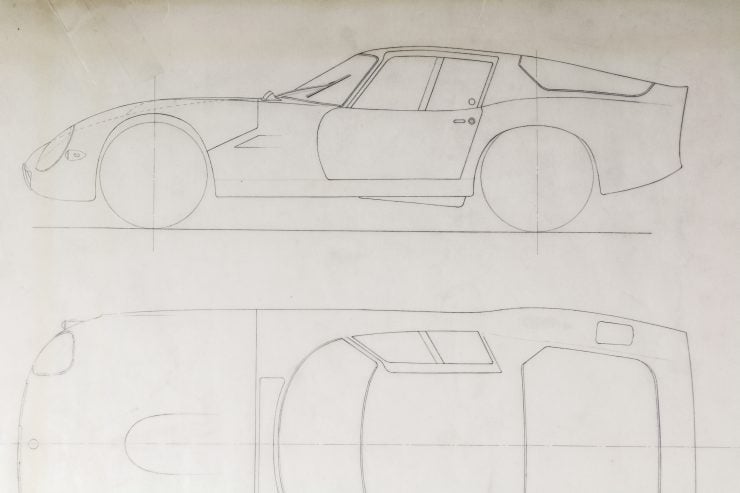 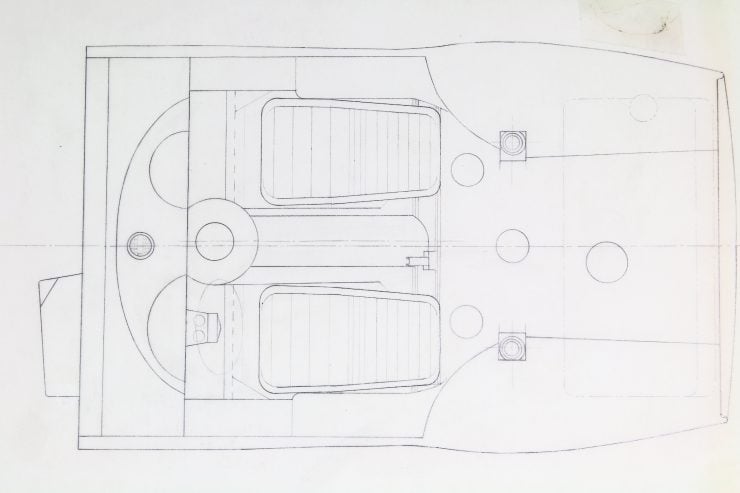 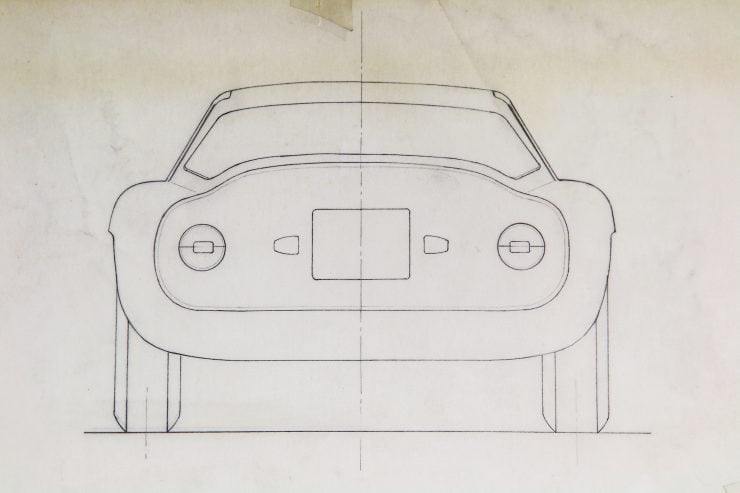 Just 30 examples of the BMW Alpina B7 S Turbo coupé were ever built, the car was based on the BMW 6 Series platform with a series of performance upgrades that increased power from 215 hp…