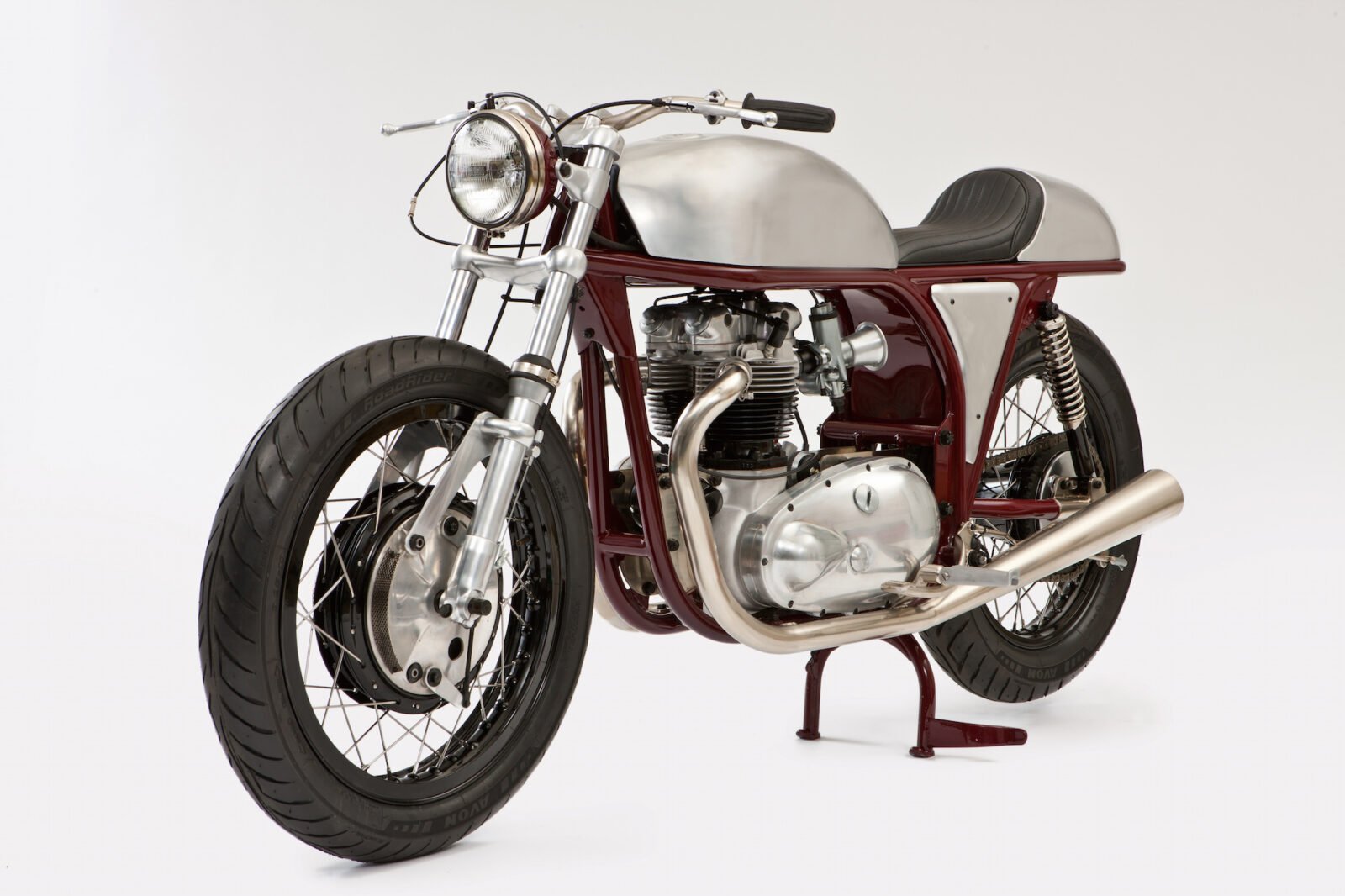 In some respects, the Triton is the two wheeled equivalent of the Chimaera from ancient Greek mythology. It was a custom motorcycle built from a Triumph engine, a Norton Featherbed frame and often suspension, brakes and other parts from other marques.

In the early days of the café racer, the Triton was the king of the road.

Amateur road racers often built them from parts of motorcycles that had been wrecked, the Norton Featherbed frame was considered the best in the world at the time, and the Triumph parallel twin was thought to be the quickest engine.

The Triton you see here is the work of Jesse Bassett, the founder of The Gasbox custom motorcycle garage based out of Cleveland. We’ve featured his work here on Silodrome before, it’s often characterised by its clean minimalism and focus on function – the latter being a feature often forgotten when people customise bikes.

Jesse and his team started this project with a rebuilt 1959 Triumph engine and a Slimline Featherbed frame, he decided to create all the additional metal work in-house at The Gasbox from sheet aluminium – which will be hugely impressive to anyone who’s ever attempted to work aluminium into symmetrical three dimensional shapes.

Once the fairing, seat cowling, fuel tank and oil tank were completed and fitted to the bike, the Ceriani forks and rear springs where added. To complete the look, Jesse sourced an original Ceriani four leading shoe magnesium drum brake for the front wheel and had the seat upholstered by Union Speed and Style.

The finished bike looks almost like it belongs in a modern art gallery, fortunately though,  it’s being ridden regularly by its new owner rather than just being placed on display. If you’d like to see more from The Gasbox or order your own bike from them, you can click here to visit their website. 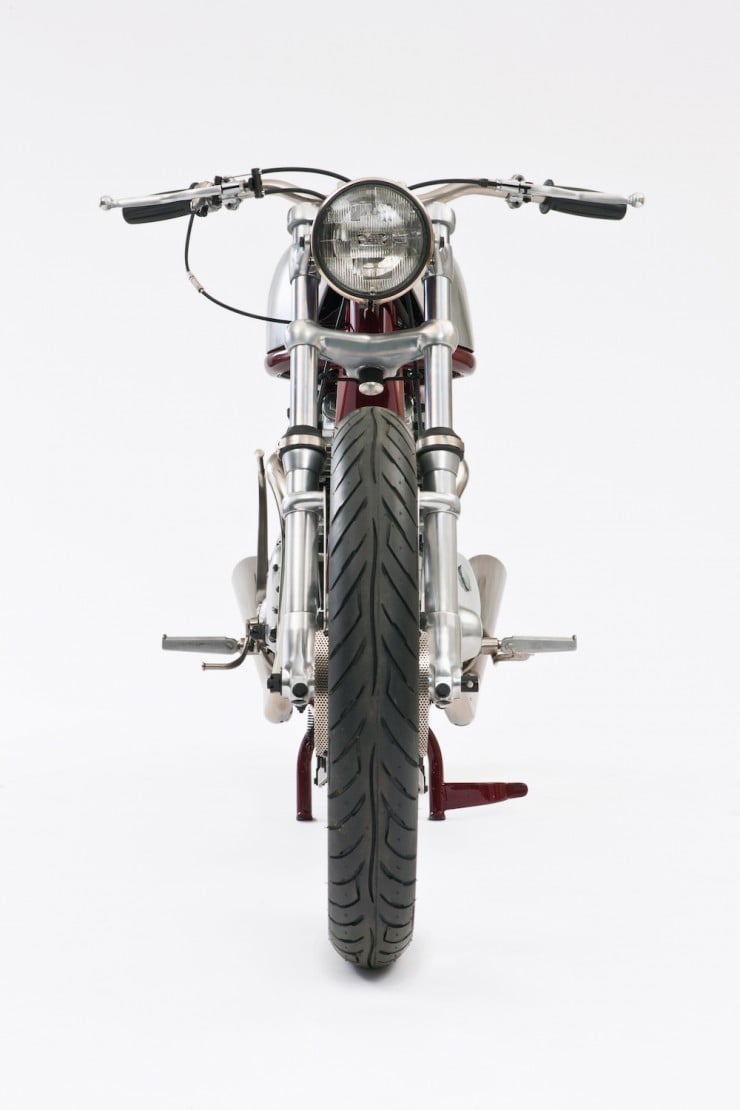 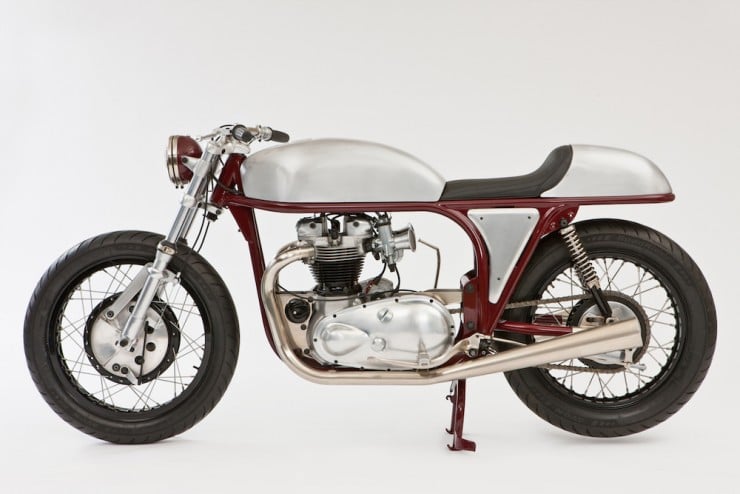 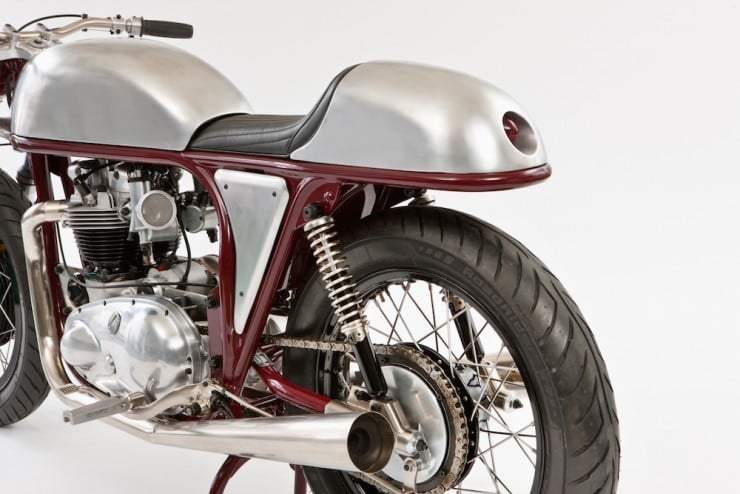 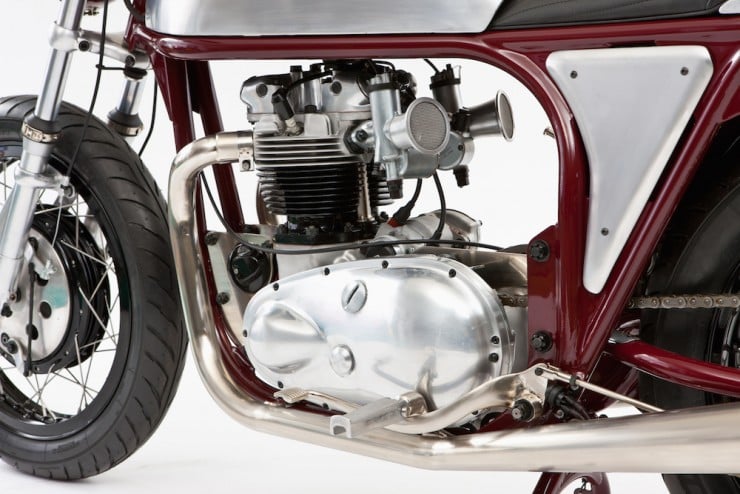 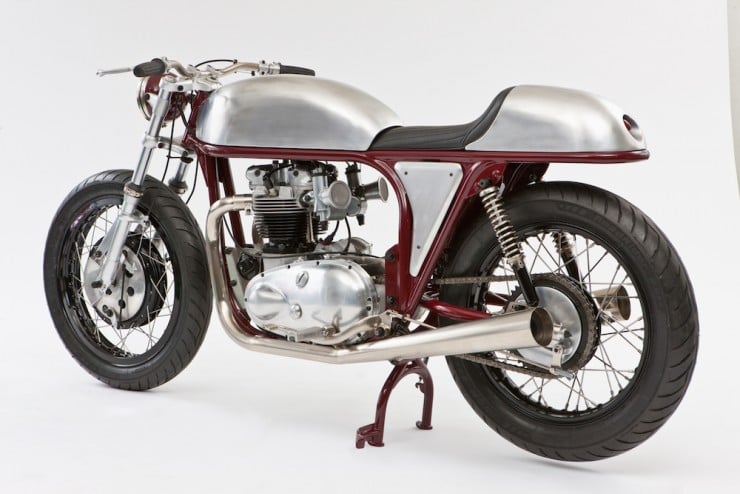 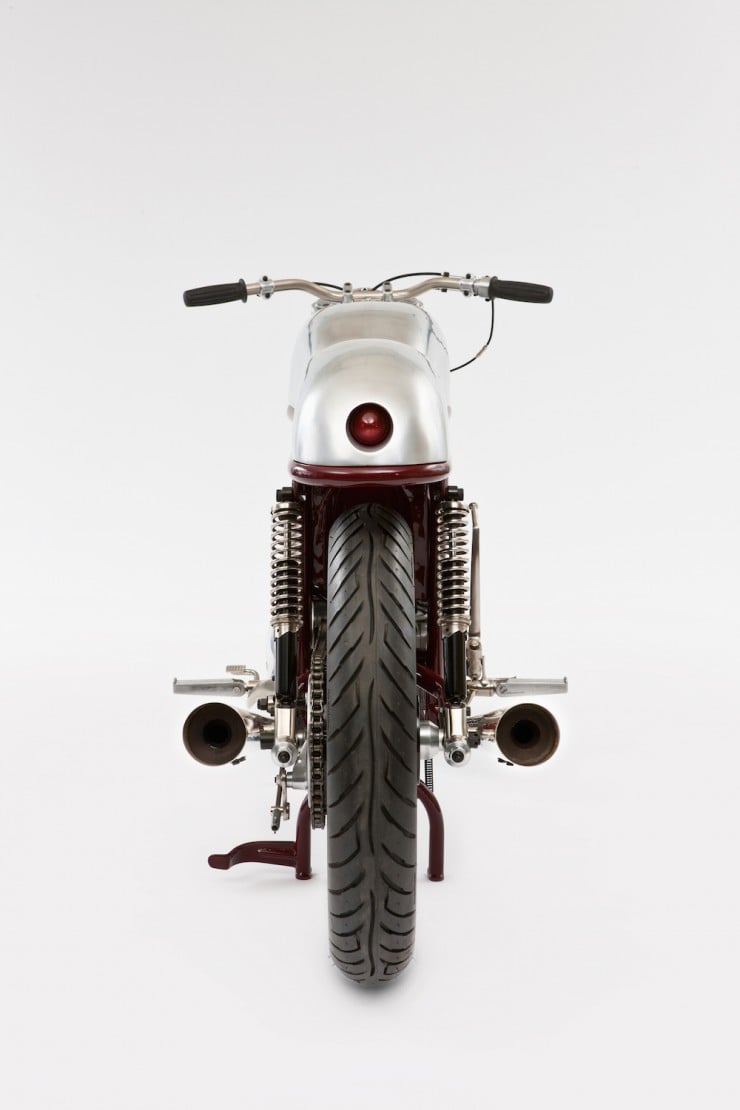 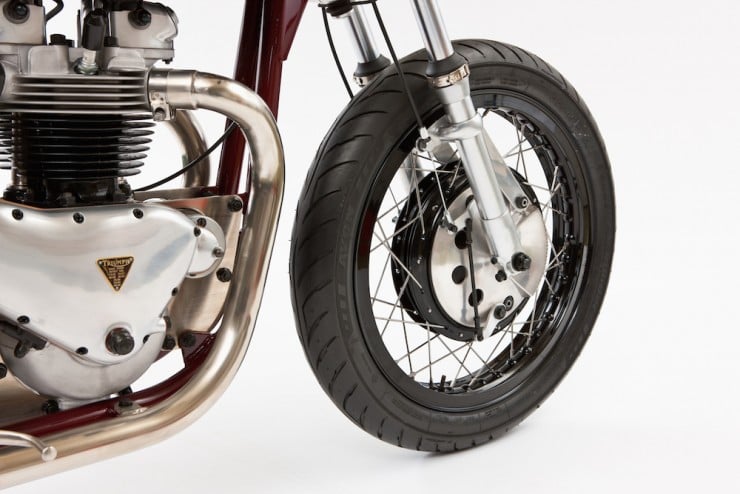 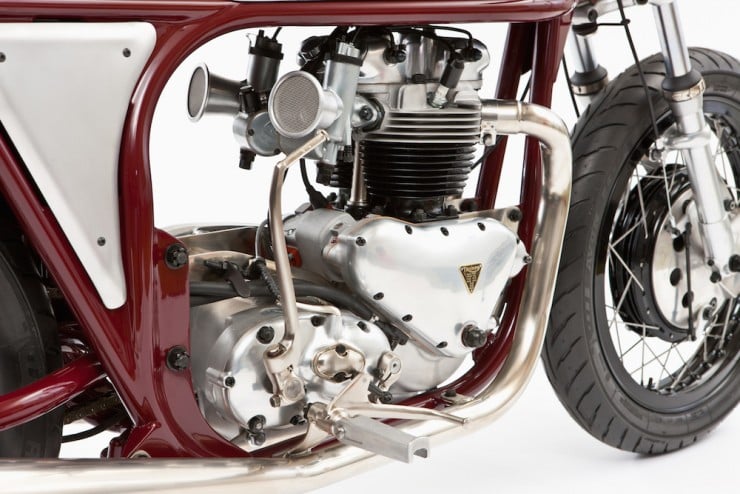 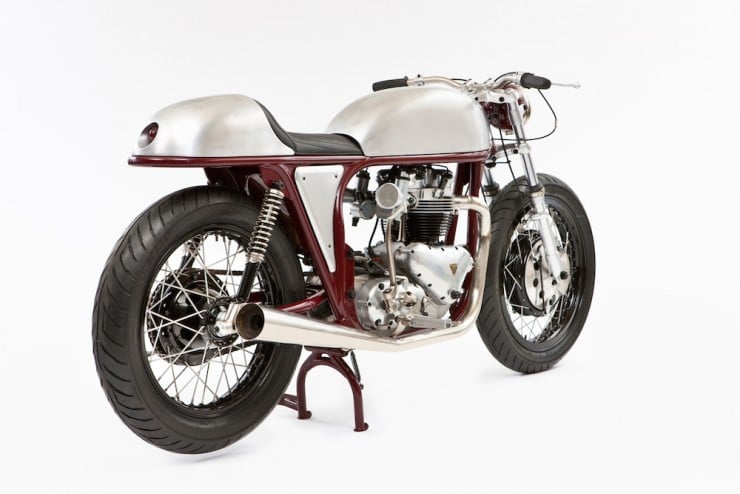 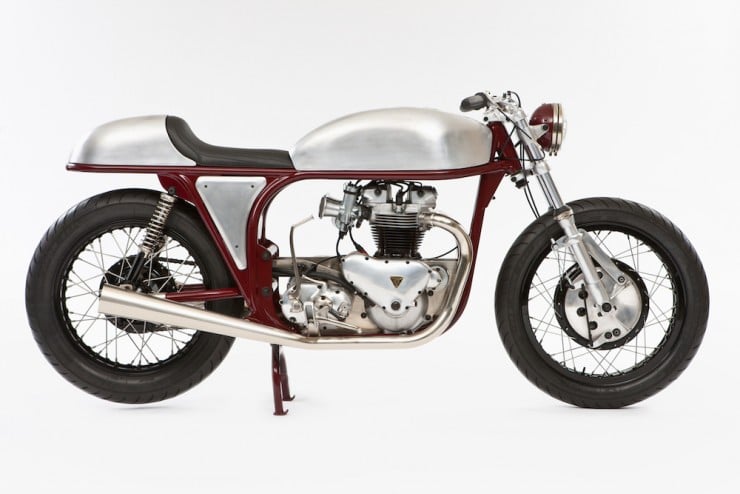 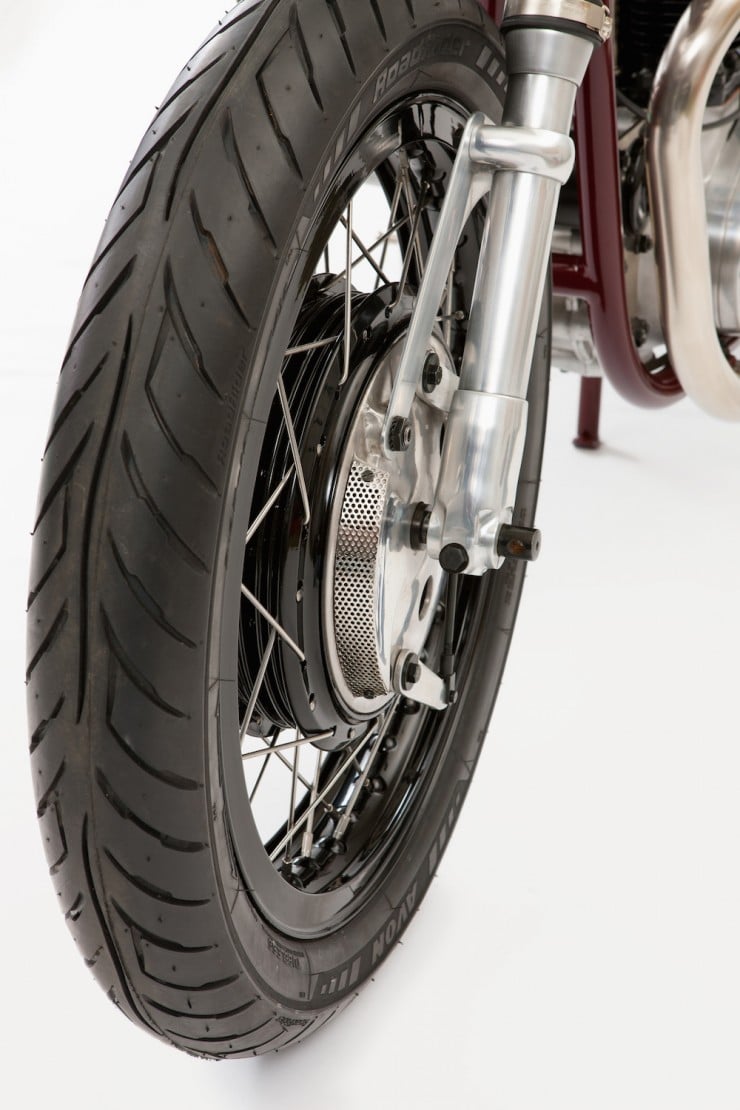 Additional information provided by Return of the Cafe Racers 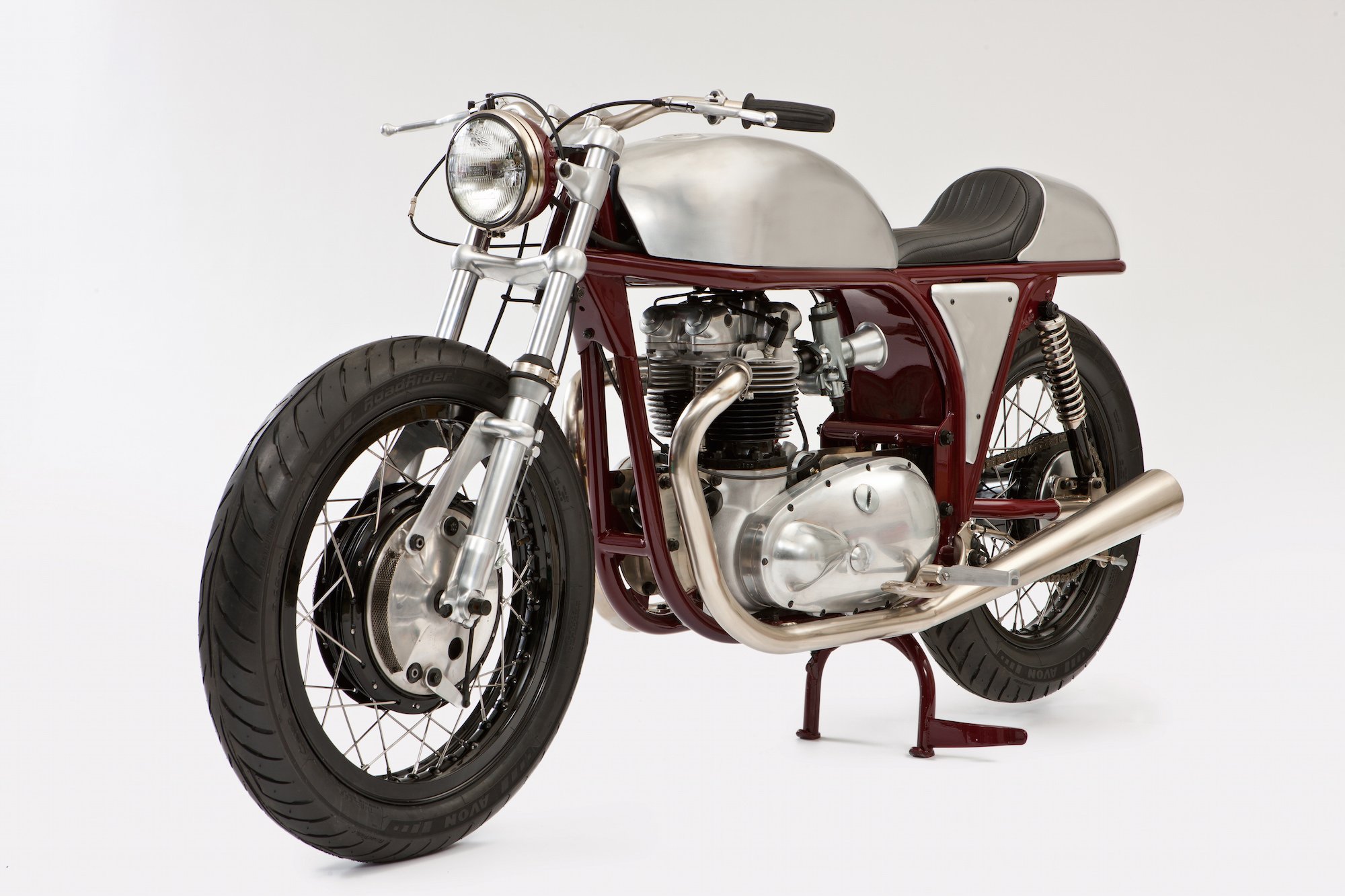