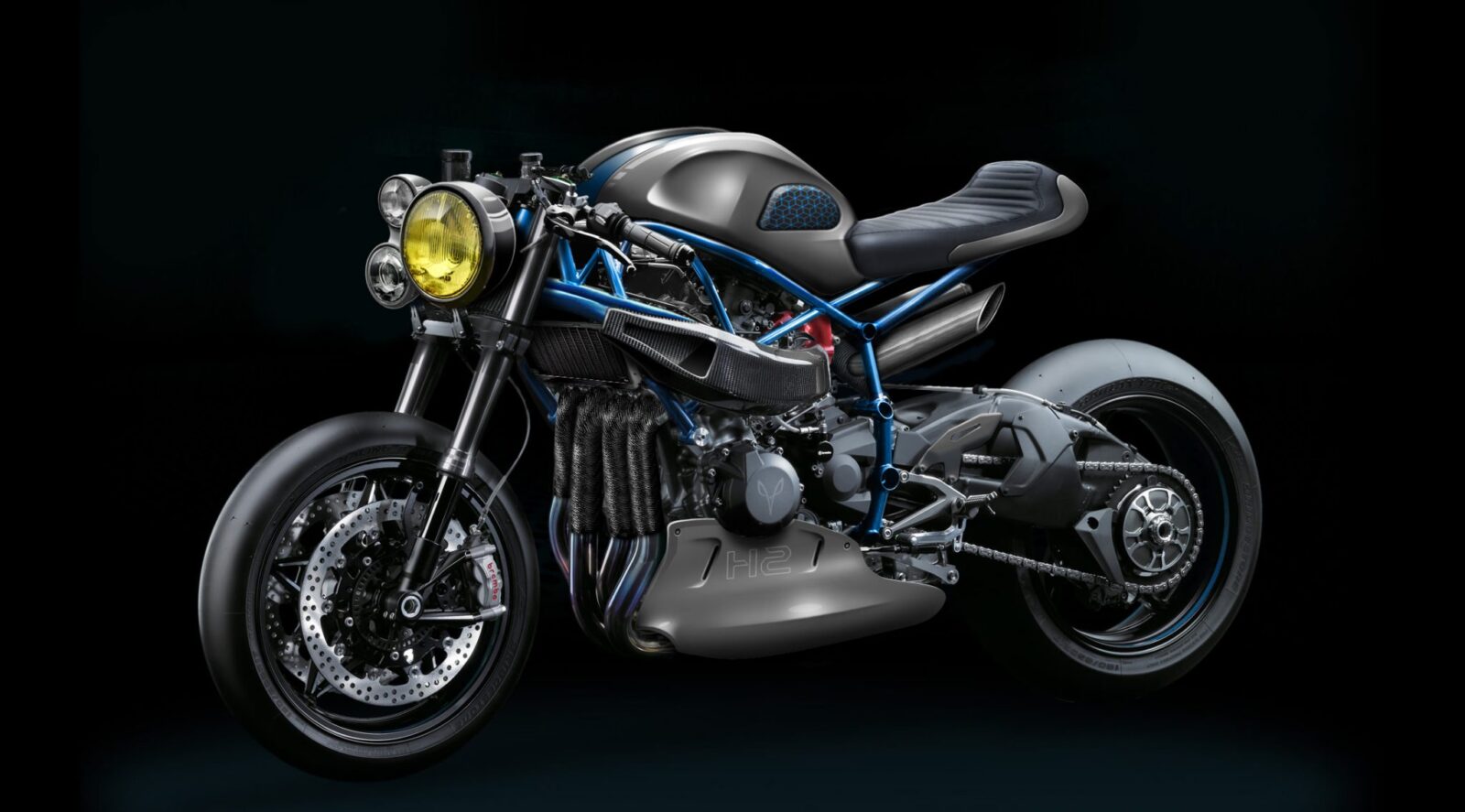 The recently announced Kawasaki H2 is a motorcycle that’s likely to be remembered as a milestone in superbike design and it’s certainly going to be interesting to see what Ducati, BMW, Suzuki and Honda being respond with.

With a supercharged 4-cylinder engine capable of a rumoured 300bhp, the H2 is a motorcycle that’s only going to be bought by people considerably more mad and an order of magnitude more skilled than I. That said, I’d love to take one out onto a closed circuit for an afternoon, after dressing myself from head to toe in armour, padding, leather, Kevlar and holy water.

Although deliveries of Kawasaki’s H2 haven’t yet begun, that hasn’t stopped designers from pouring over the images and beginning to imagine what alterations could be made. The bike you see here is the first Kawasaki H2 Cafe Racer, albeit in digital concept bike form thanks to Ulfert Janssen of Gannet Design.

The primary goal of this design was to show more of the engineering that lies hidden under the original motorcycle’s fairings, Ulfert wanted to create a classic cafe racer profile with the new design so many of the futuristic whizzbangs were removed and a far more traditional fuel tank, seat and rear cowl were added, a three-piece headlight was then affixed along with a sump-guard under and around the exhausts.

The completed concept bike will almost certainly never be made real, but it does provide an interesting look at what a ton-up boy would do with what is likely the most advanced street-legal motorcycle ever released. 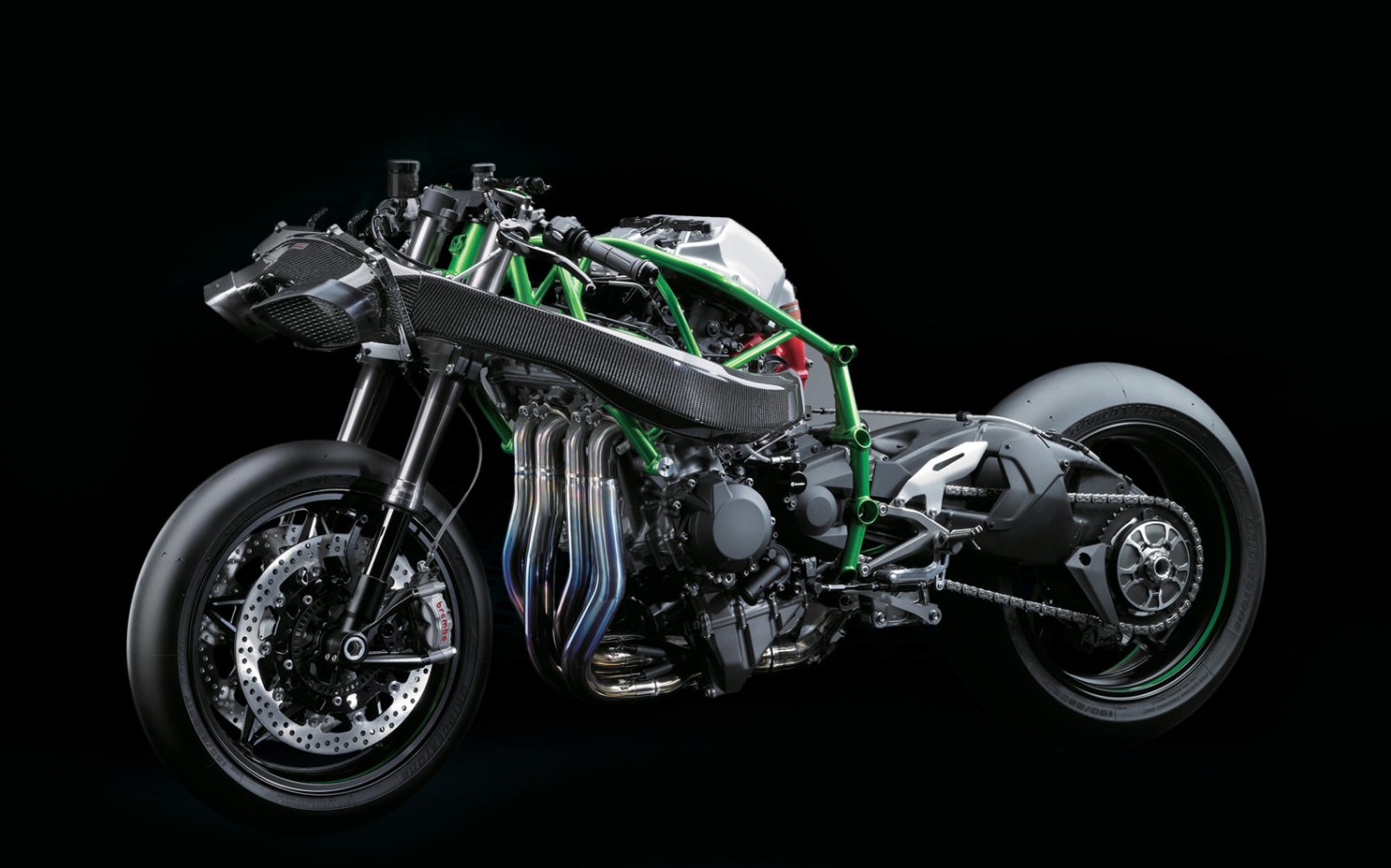 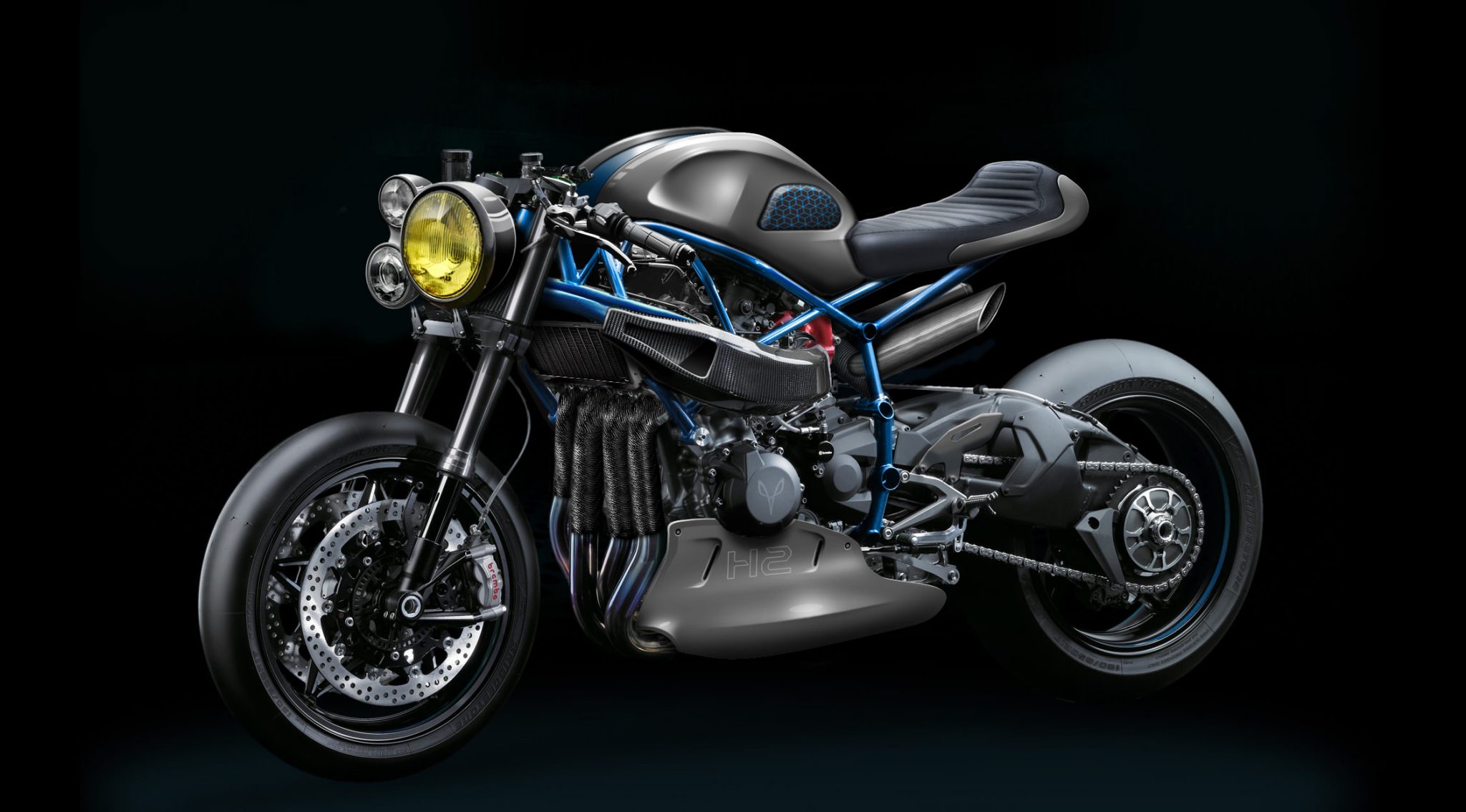