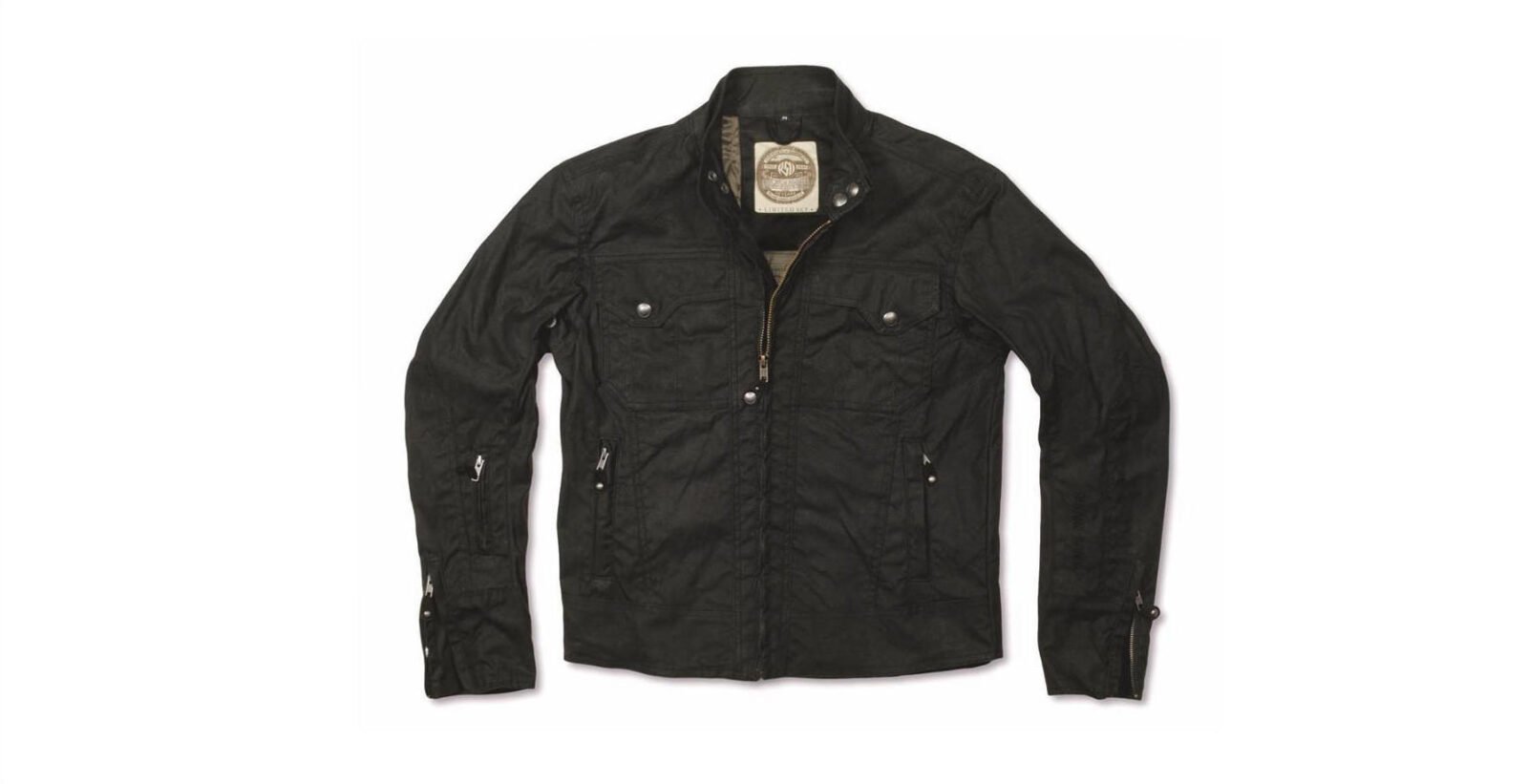 The Tracker Jacket by Roland Sands Design is a modern take on the classic waxed canvas motorcycle jacket, although the idea of wearing waxed cotton might sound like something only a fan of WWI re-enactments might seriously consider – it actually makes a lot of sense.

The material is an excellent choice for those who want a breathable fabric that’s also weatherproof, and the waxed exterior can be reapplied when needed with a stick of beeswax and some elbow grease.

The Tracker Jacket has been specifically created for motorcyclists, so it has pre-curved sleeves, a dropped back, a relaxed collar opening and internal pockets for elbow, shoulder and back armour. The Tracker also has a zipped pocket on the sleeve, zip closing cuffs, a soft-lined electronics pocket and a zip close interior chest pocket. 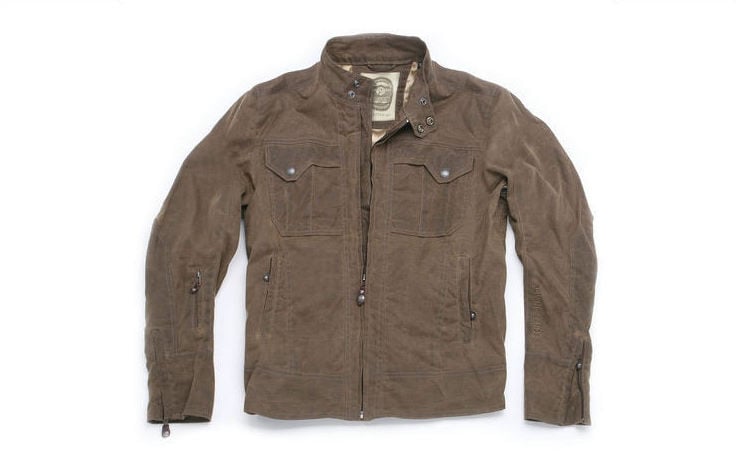