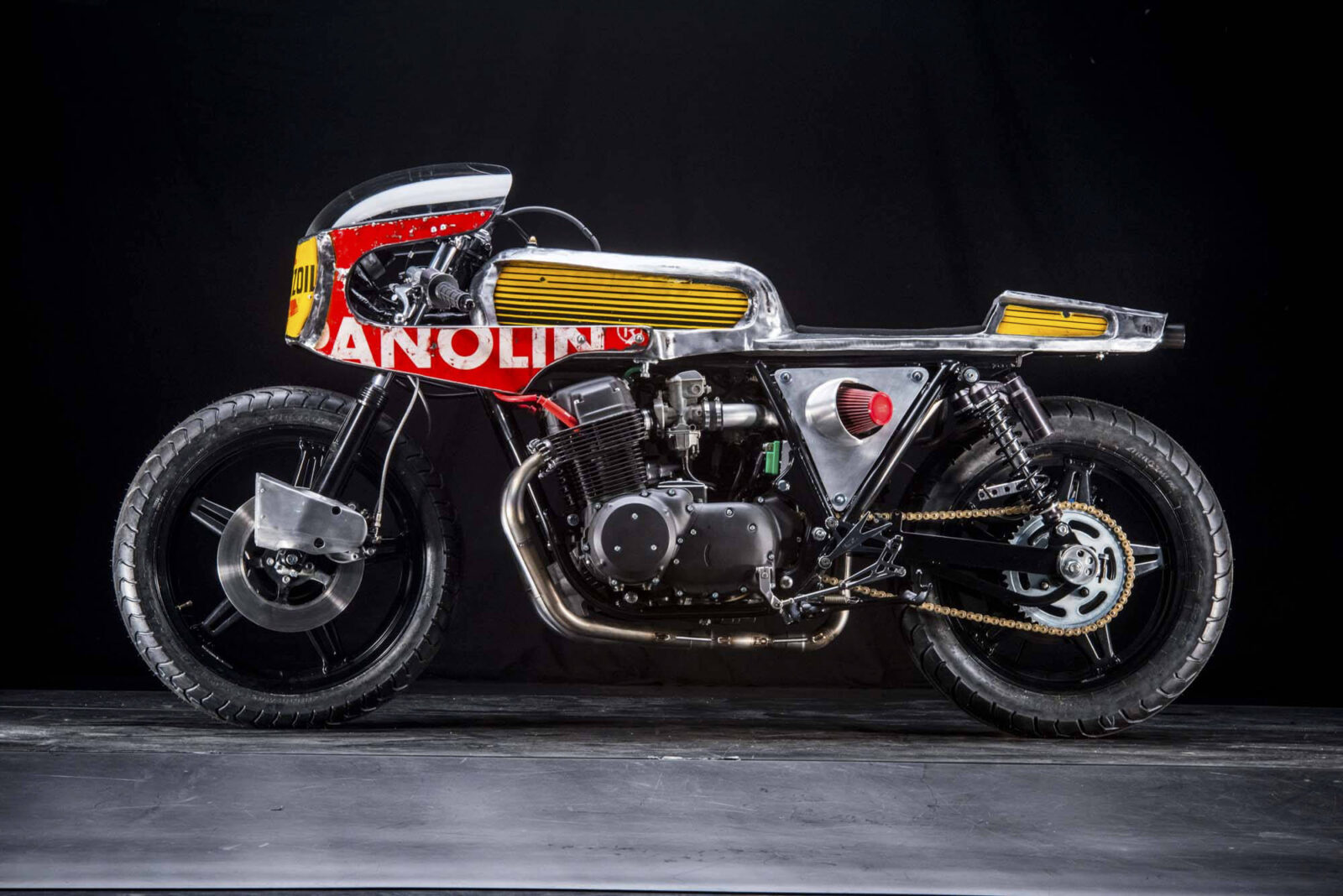 The Honda CB750 is a motorcycle we’ve seen customised in just about every way you can imagine, from the plethora of cafe racers to the less common bobbers, choppers and even a scrambler or two. It’s relatively rare that images of a CB750 will arrive in the mailbox that are genuinely unique, so when that does happen, we all get pretty excited about it.

Originally released in 1968, the Honda CB750 was a revelation. Its 4-cylinder engine, modern transmission, electric start, single overhead cam and bullet-proof reliability led to it quickly become one of the most popular of the new breed of large-capacity sport bikes.

All of these traits make the model perfectly suited to custom motorcycle building, due to the popularity of the bike it’s also exceedingly easy to find cheap donor motorcycles and spare parts can be had for a pittance.

The CB750 you see here is the work of Vibrazioni Art Design, a boutique design house started by Alberto Dassasso and Riccardo Zanobini – two Italian chaps with a penchant for recycling old oil barrels into handmade furniture and occasionally, handbuilt motorcycles. We previously featured their BMW K100 custom, which was built in a similar style to the Honda you see here – all body work was constructed from original oil and gasoline barrels, and still features the original company logos.

Each of Vibrazioni Art Design’s motorcycles has been visually arresting, they favour the endurance racers of the 1970s as a primary source of inspiration – along with a healthy dose of post-apocalyptic Mad Max flair. The CB750 you see here has benefitted from new, adjustable rear suspension and re-jetted carburettors to match the pod air filter that exits to the left side of the battery box.

The exhaust has been routed under the engine and up over the back wheel to exit into the slipstream, coupled with the rearsets and clip-on handlebars the bike has an aggressive, purposeful stance and from what I’ve heard from Alberto and Riccardo – it goes like a scalded cat.

To see more from Vibrazioni Art Design you can click here. 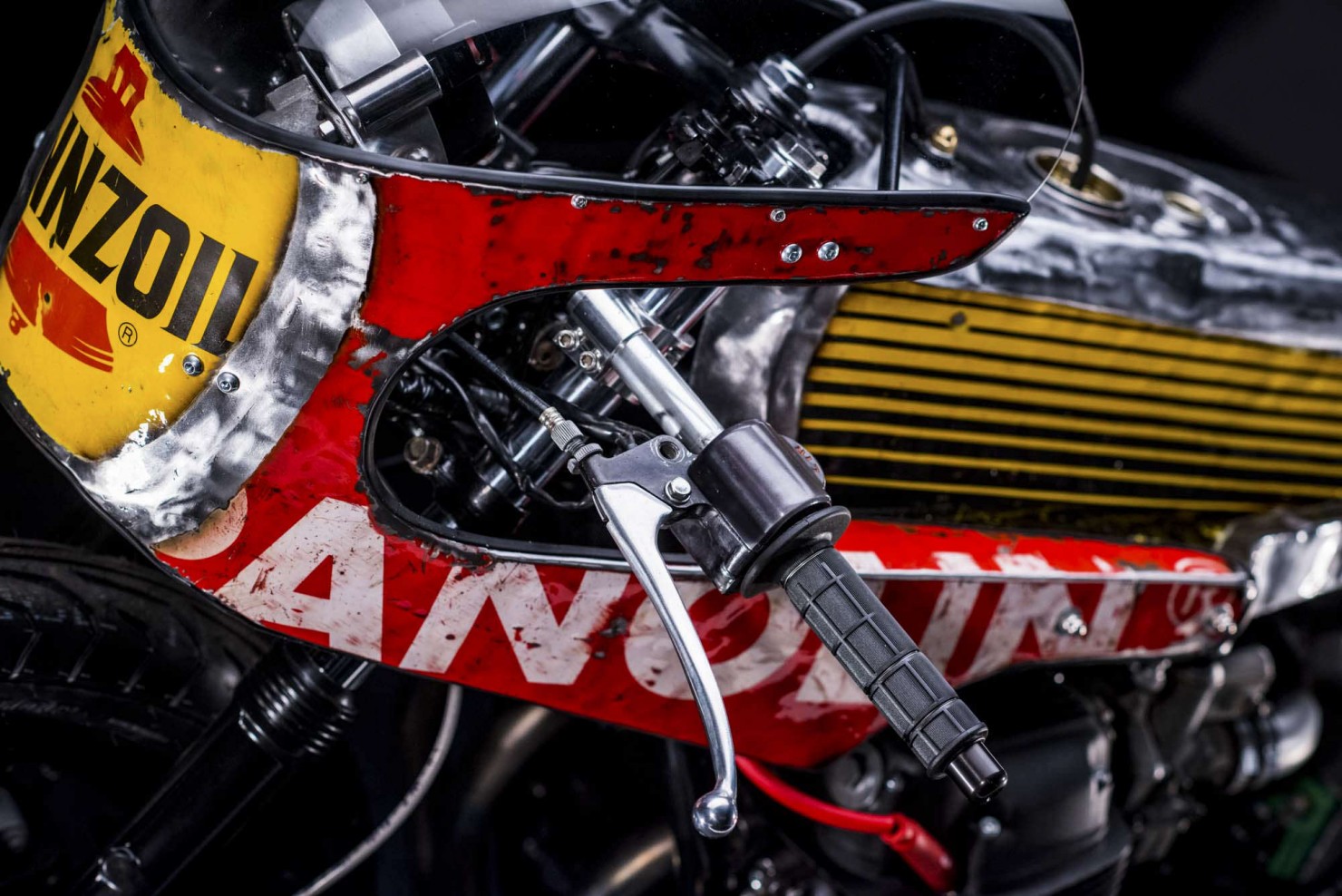 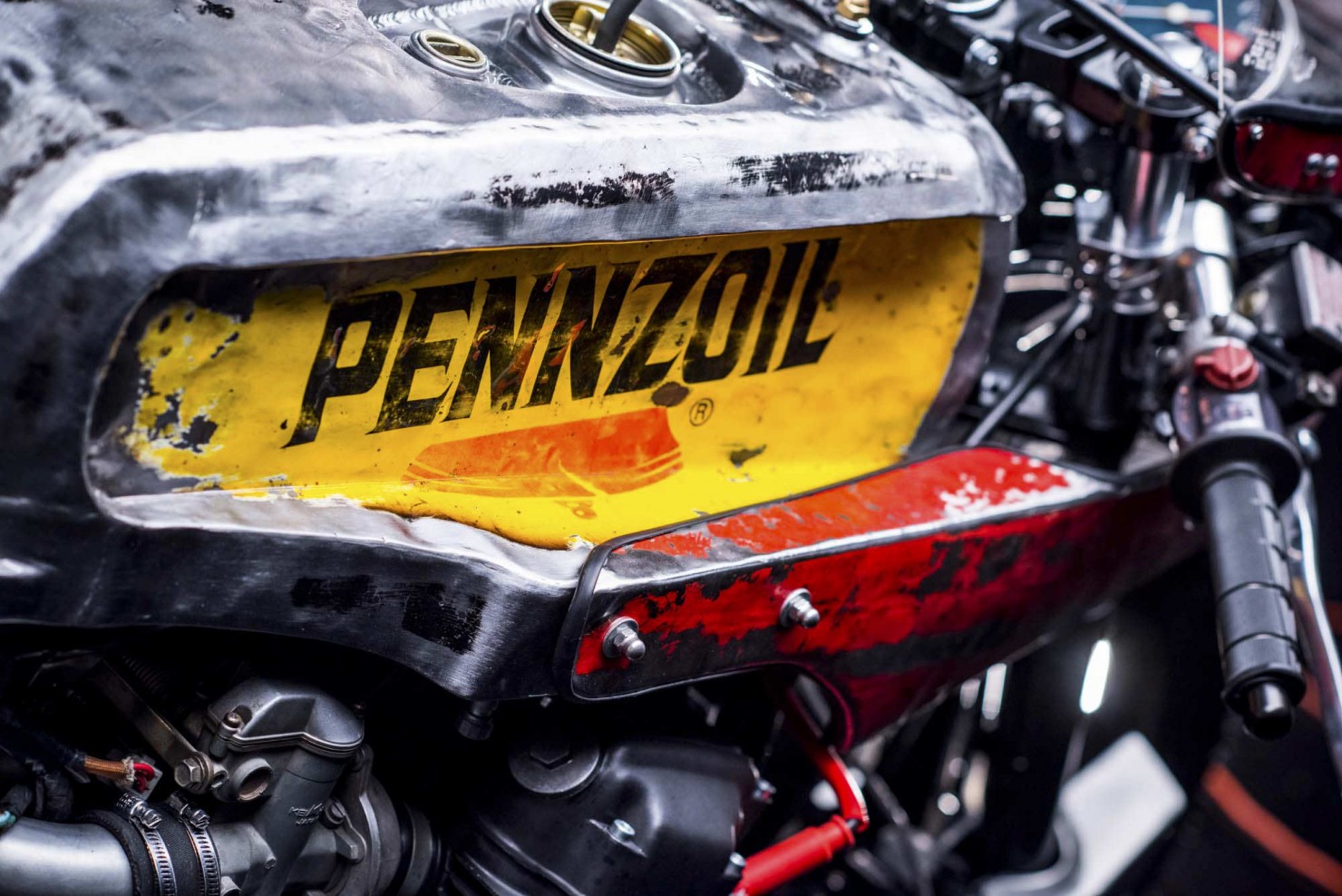 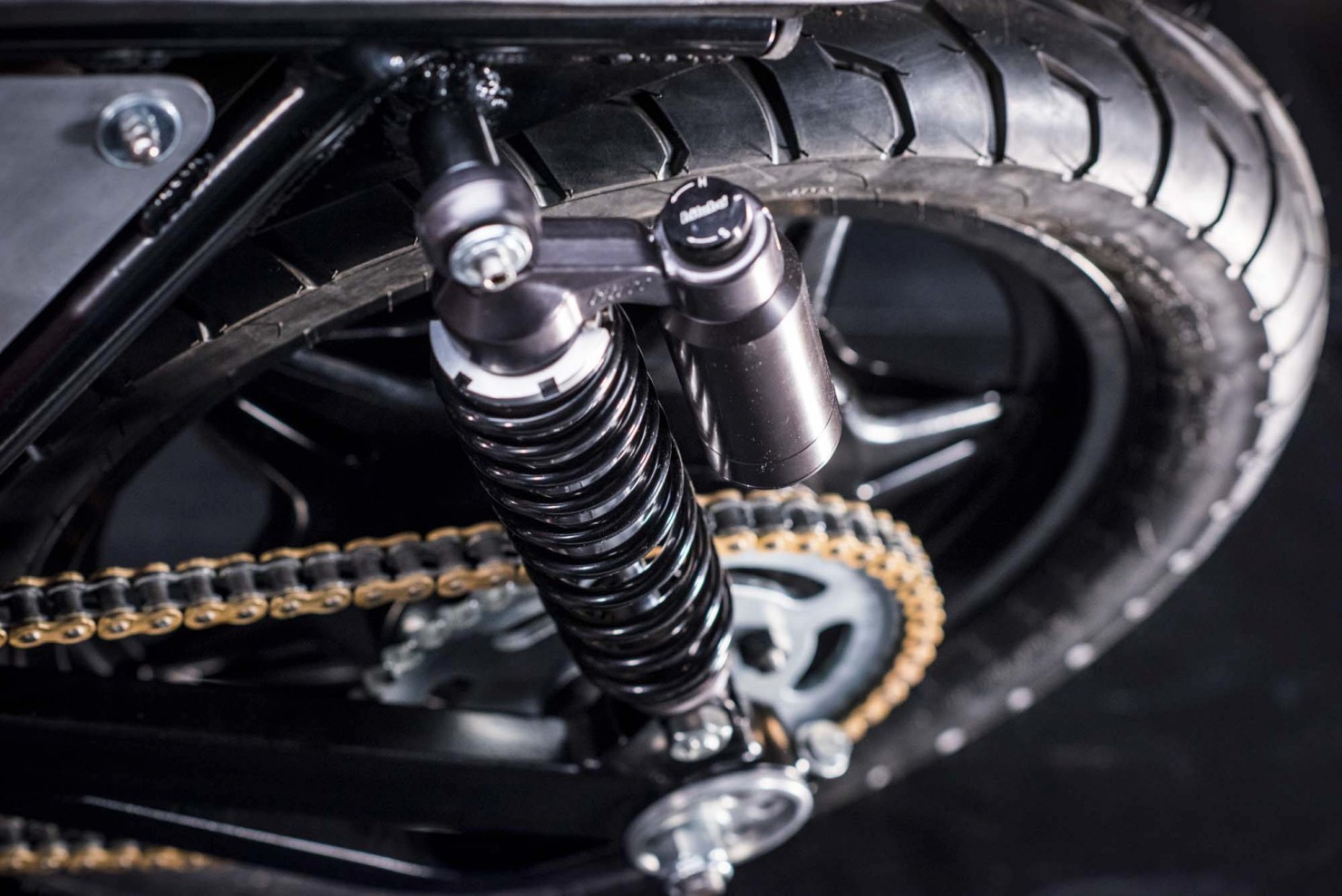 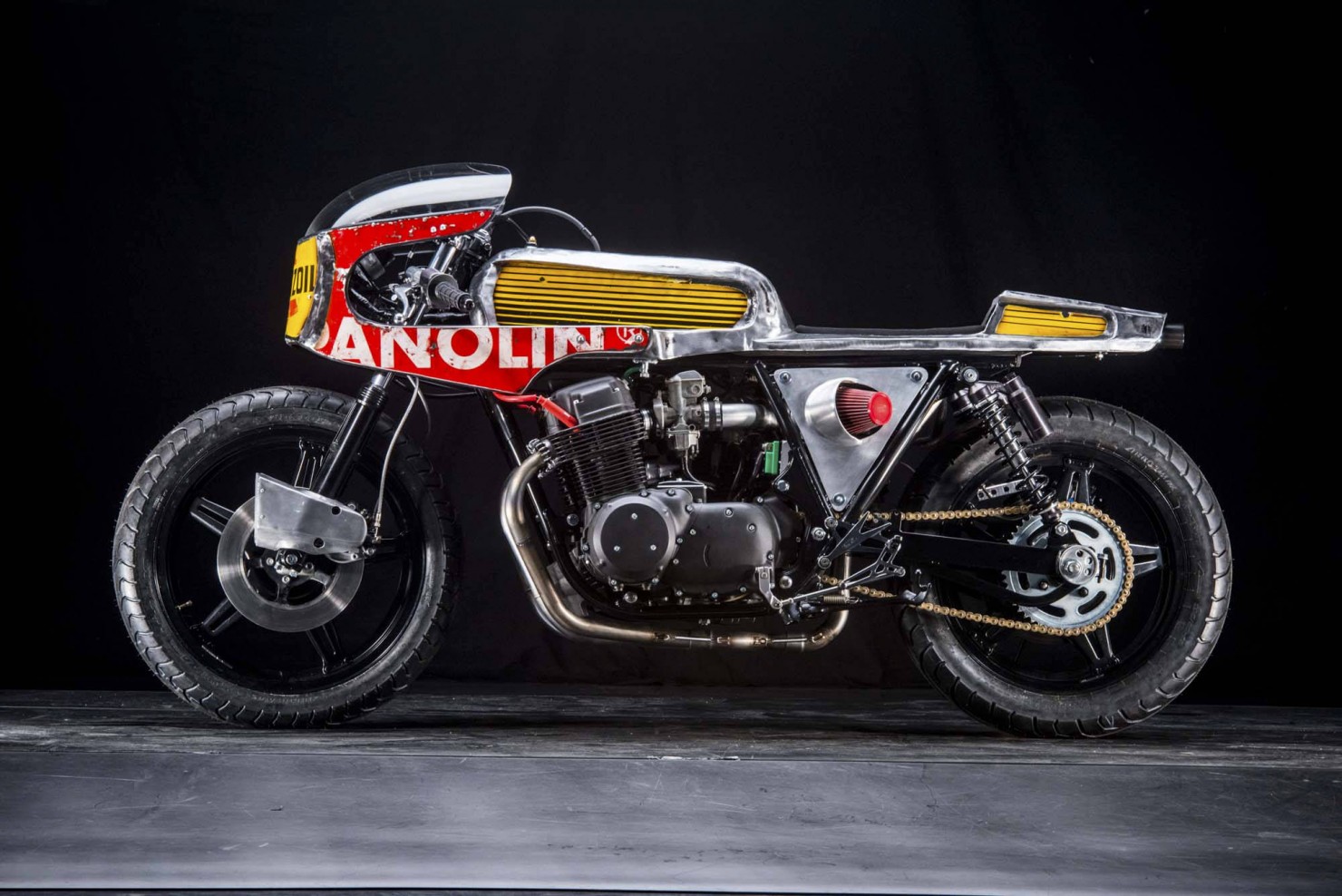 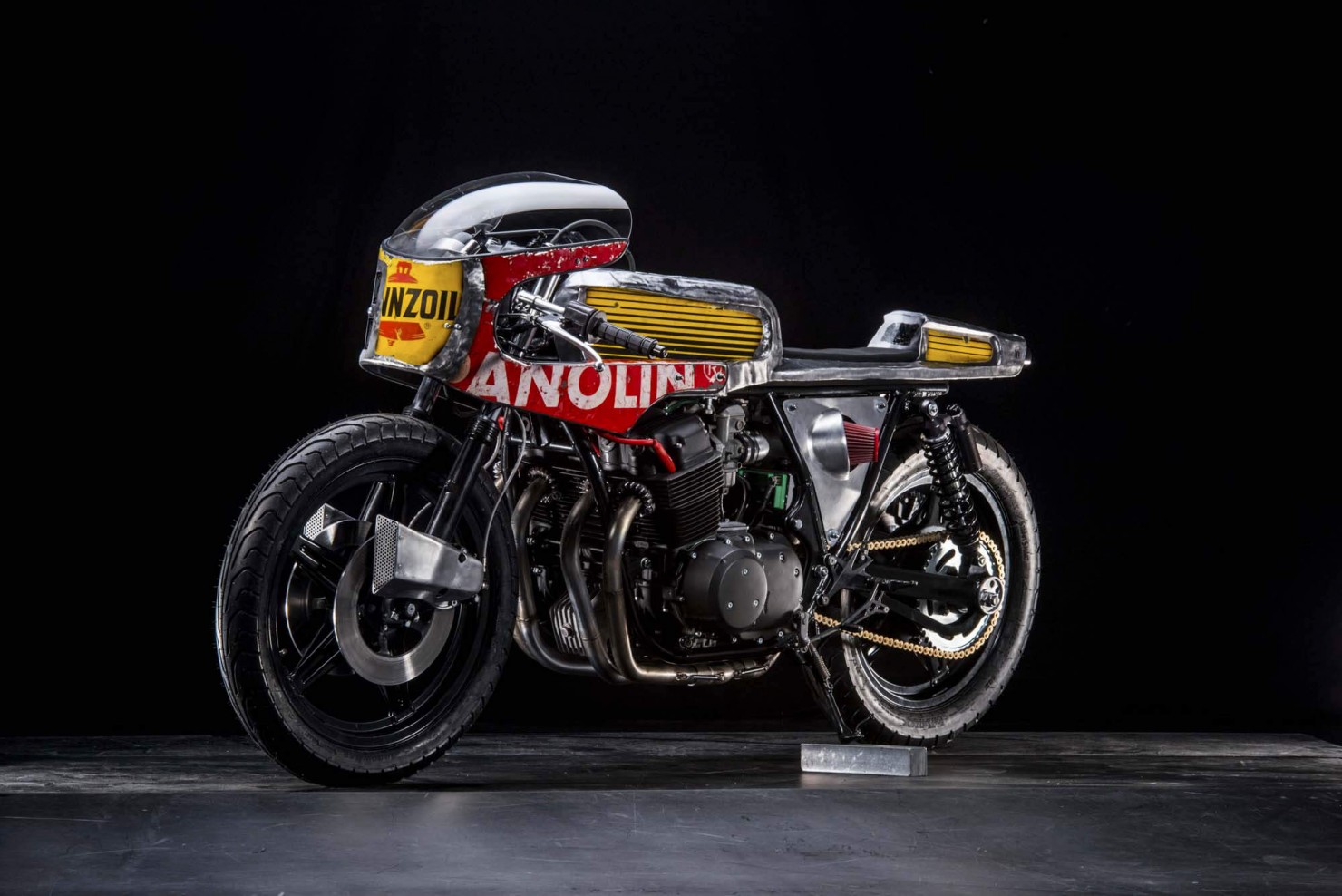 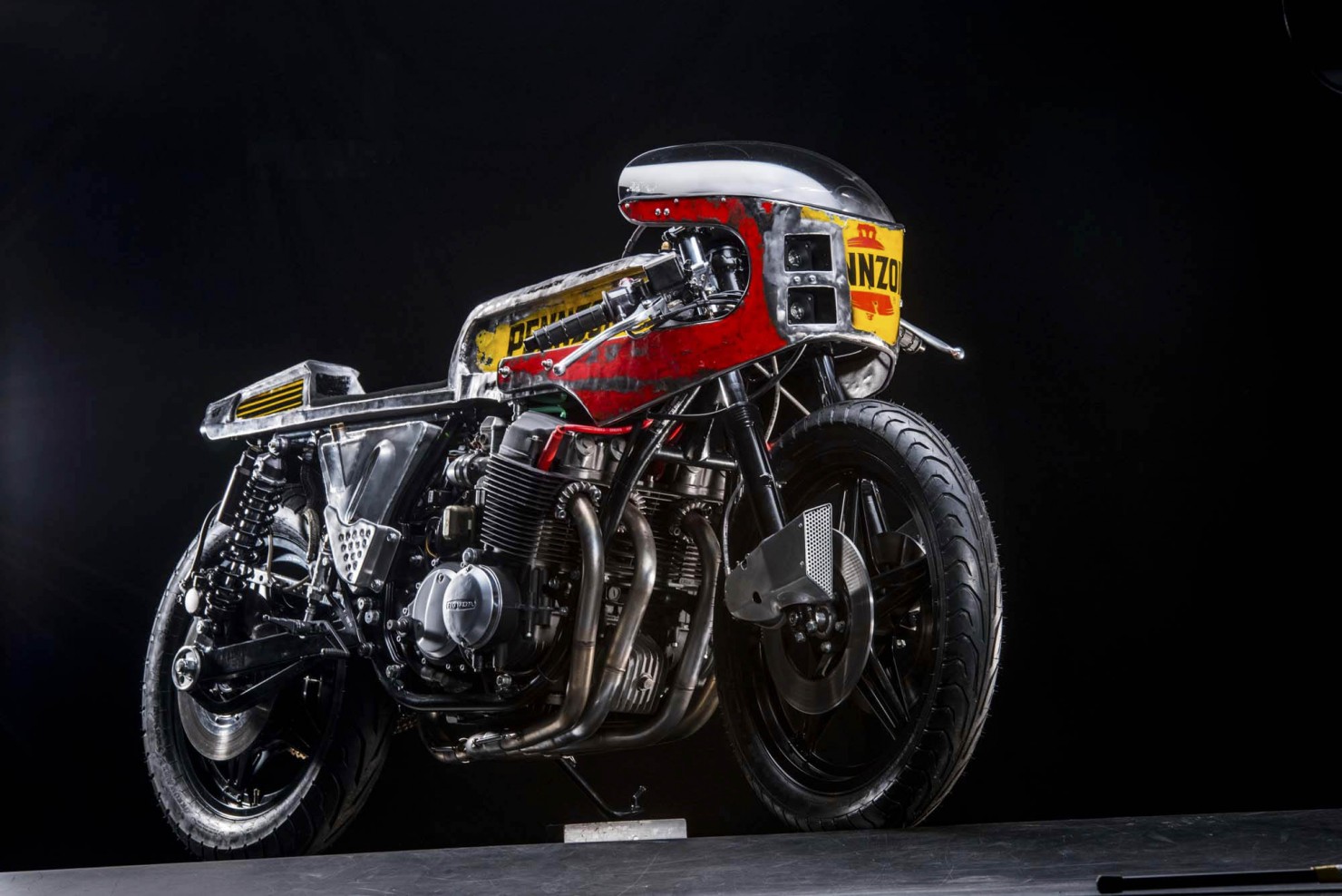 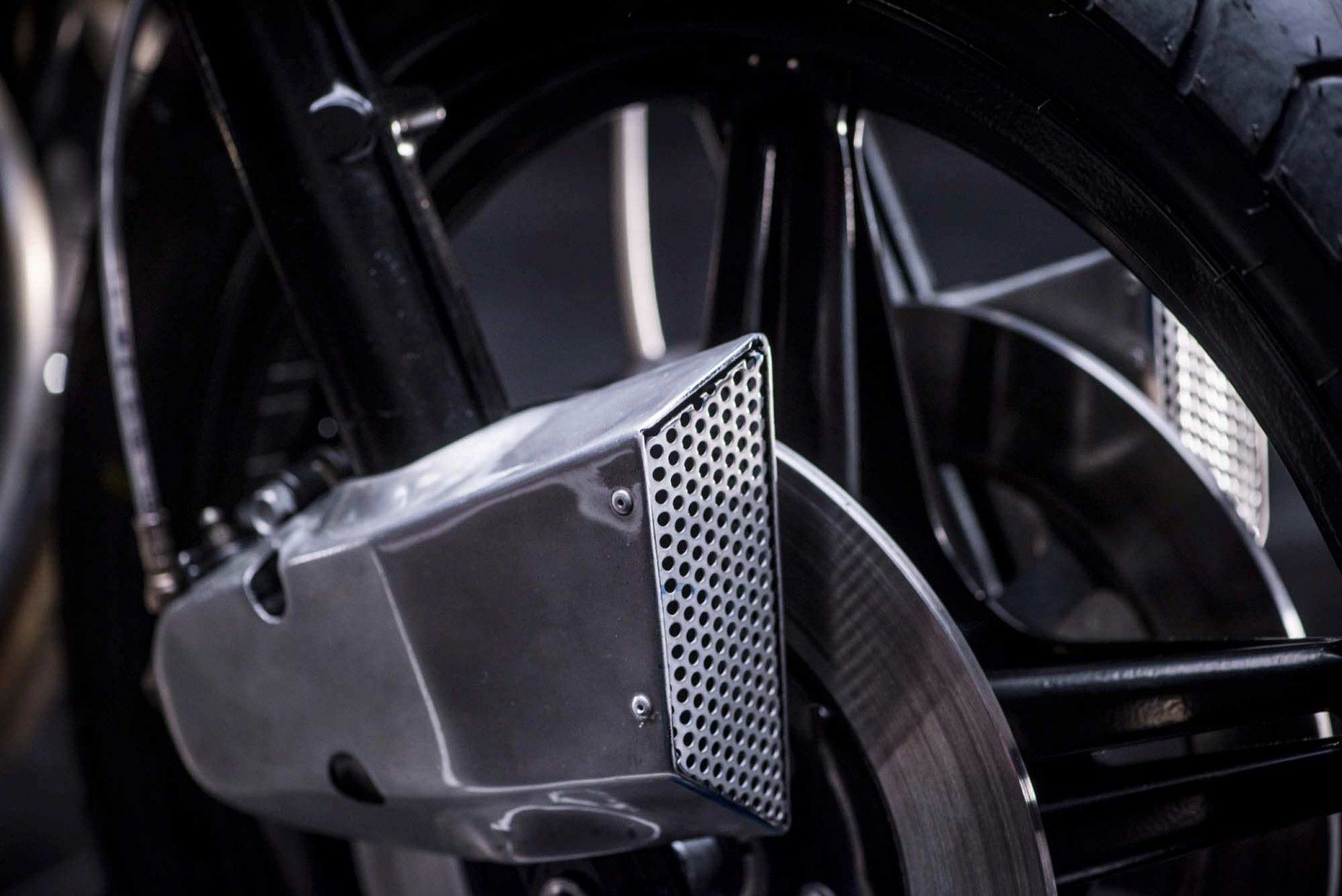 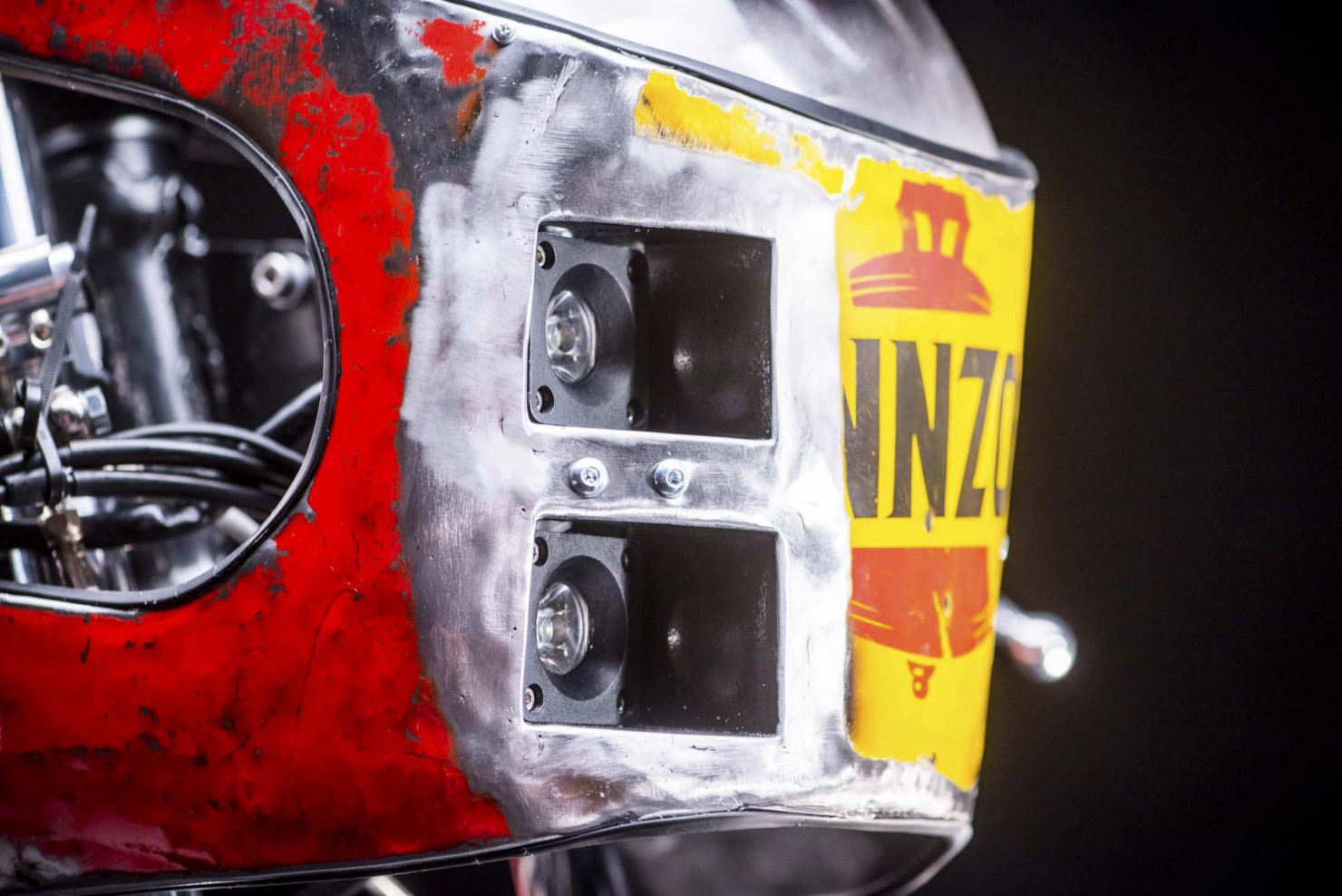 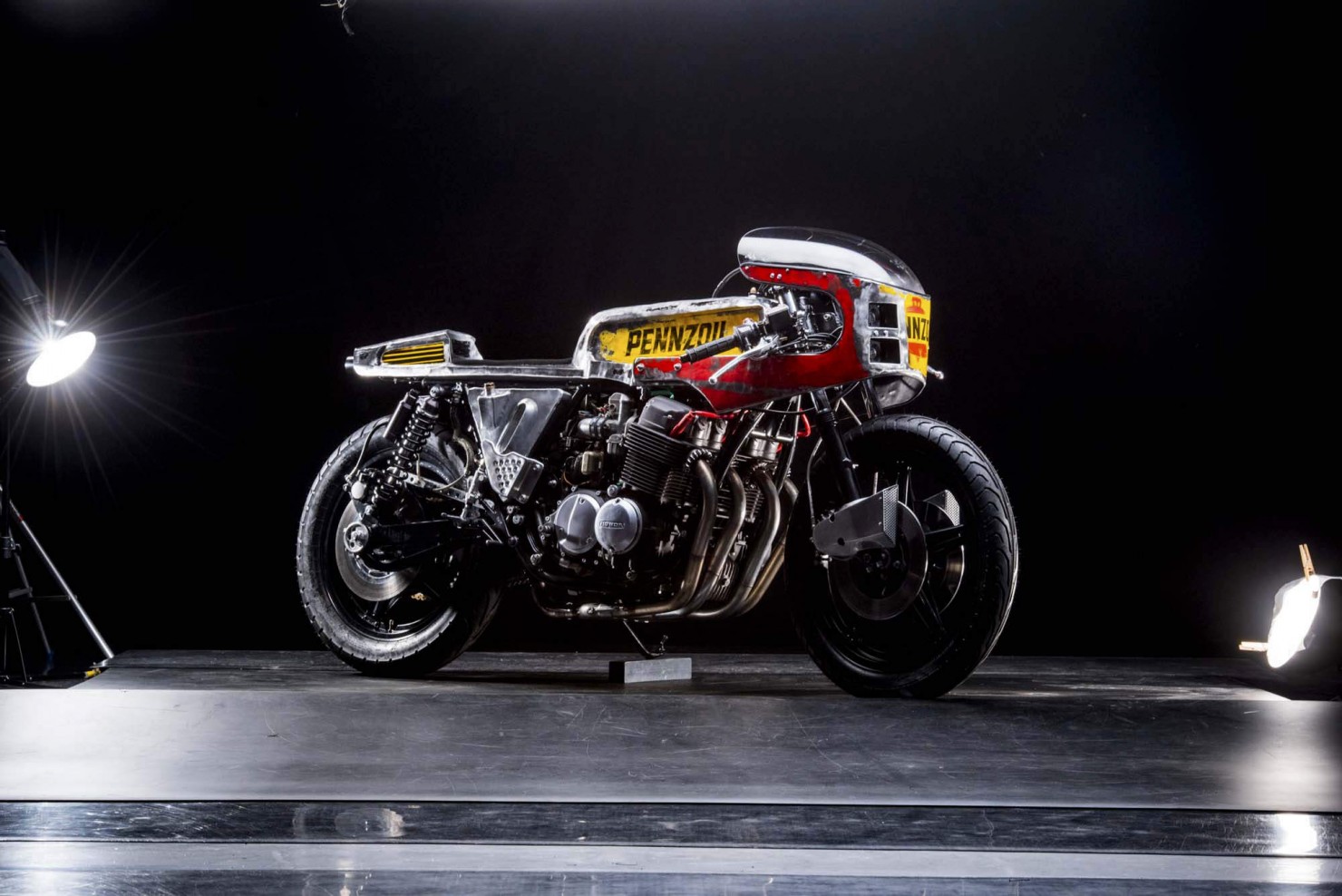 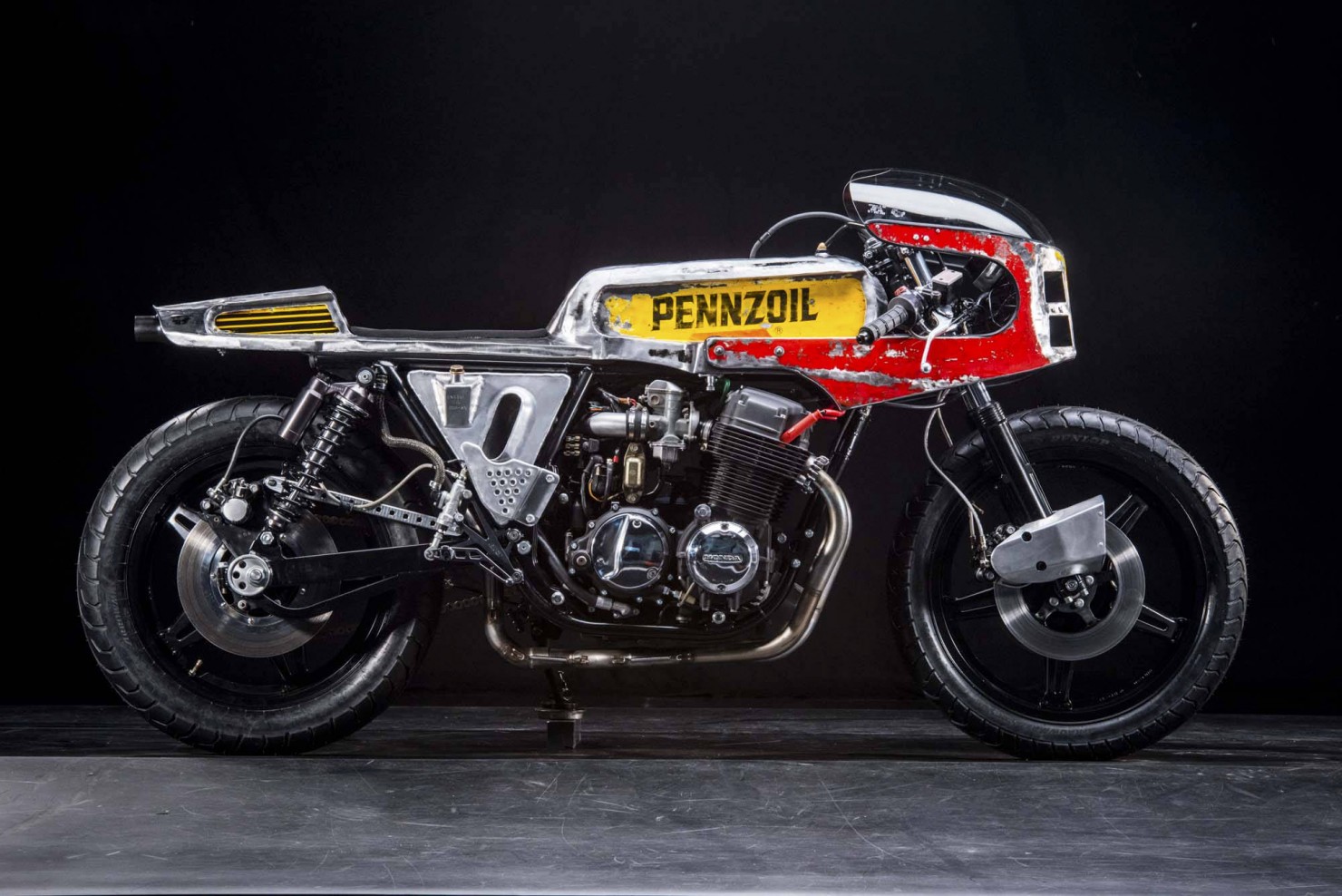 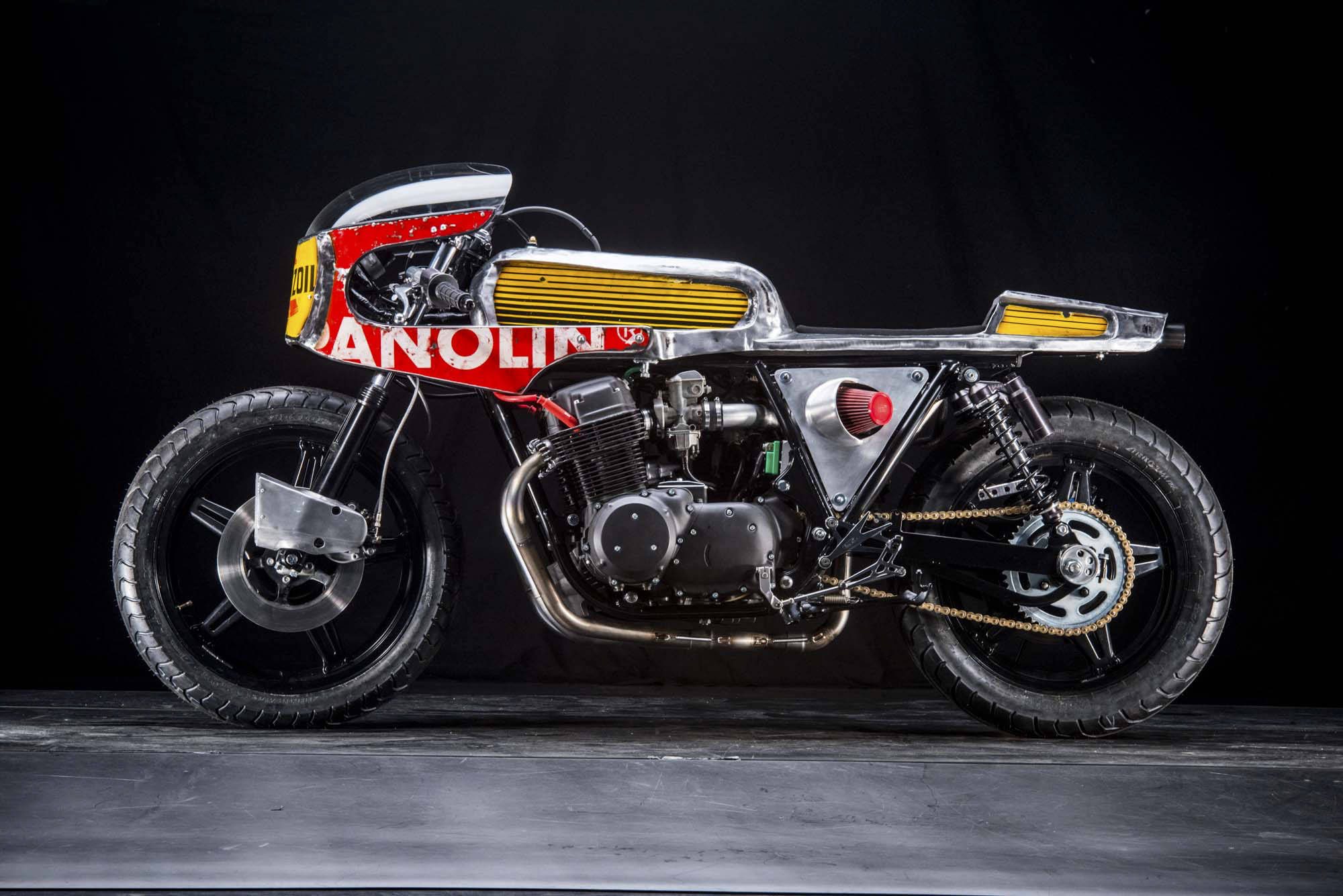