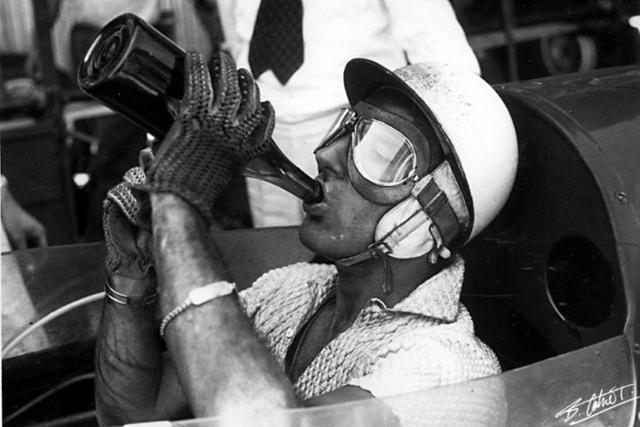 After finishing the piece on the 1955 Mercedes Benz 300SLR I’ve decided that today I’m going to write about Stirling Moss. This brilliant picture of Moss shows him at an unspecified Formula 1 race in the late 1950’s rehydrating with what appears to be champagne.

After a little research I discovered that the gloves and polo shirt he’s wearing here were made by Suixtil and get this, they still make them, exactly the same, all these decades later. If you fancy yourself a bit of a modern day Moss, you can find the polo shirt here and the gloves here.