This eye catching bike is an enigma of sorts, it’s called the Revatu Pea Shooter and it was built by Rene van Tuil of Revatu Customs in the Netherlands, but getting detailed information about it has proven rather difficult.

From what I’ve been able to gather, it’s powered by a 1958 Bernard 350cc, single cylinder, 4-stroke engine. The Bernard was originally designed as a water pump however Rene felt that it suited the board-tracker style and as such made the necessary changes to get the engine working in it’s new home.

I’ve been in touch with the team at Revatu Customs requesting larger images and more information, I’ll update this piece when they get back to me, so stay tuned. 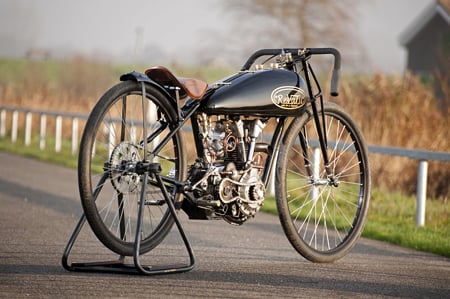 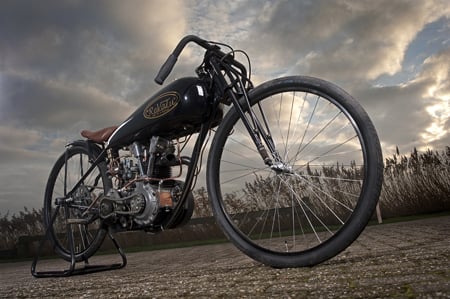 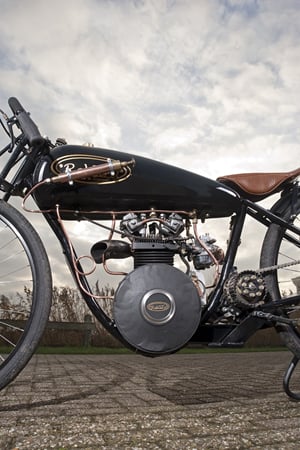 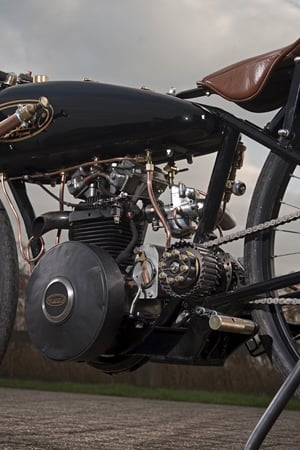 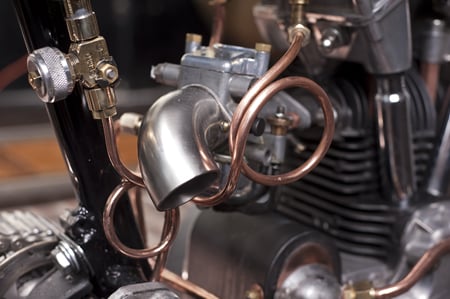 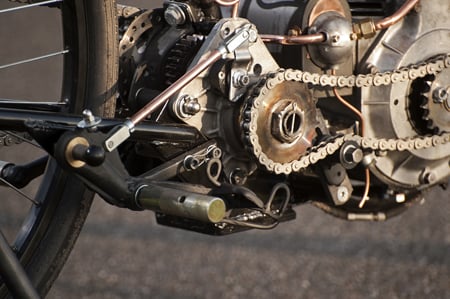 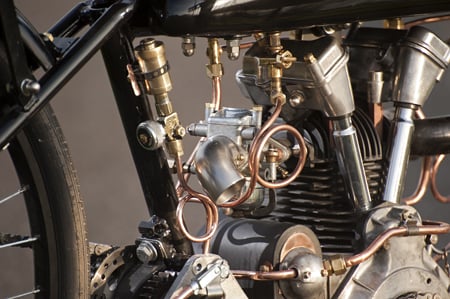 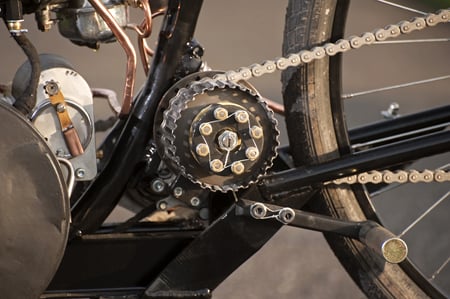 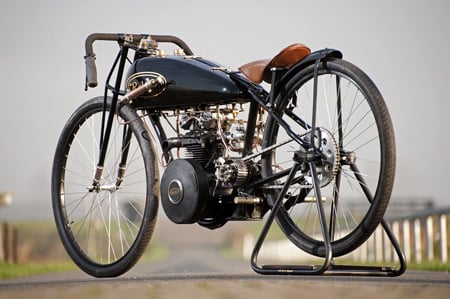 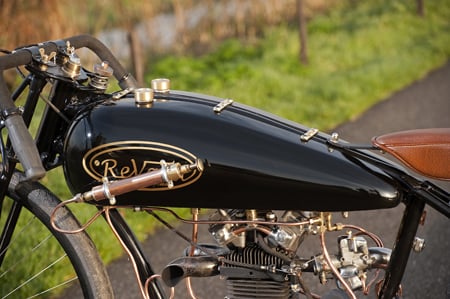 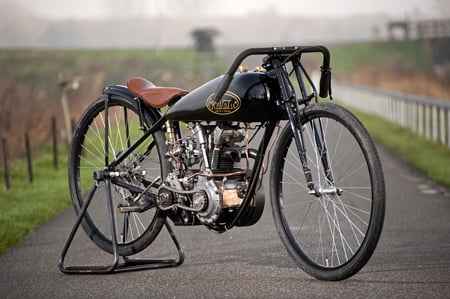 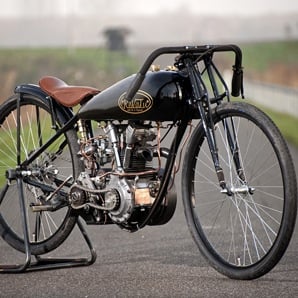