The iconic Mercedes-Benz 300 SLR was based on the 1954-1955 Formula 1 Mercedes-Benz W196 race car, it used an advanced space-frame chassis and magnesium-alloy bodywork, giving it an ultra light dry weight of just 880kgs (1,950lbs).

The engine used was the same naturally aspirated straight-8 2,496.87cc power-plant from the Formula 1 racer, capable of a (highly impressive for 1954) 310hp. Sir Stirling Moss won the 1955 Mille Miglia with a phenomenal performance in the 300 SLR, with an average speed of 98mph over the 990 mile course.

This is the Uhlenhaut Coupé, the road legal version of the 300SLR, only 2 of them were built and in the 1950s they were the fastest production car on the road with a (tested) 170mph top speed.

One of the Uhlenhaut Coupés was used as a company car by Mercedes Motorsport Chief Rudolf Uhlenhaut (hence the name), rumour has it that one day on finding himself running late for an important meeting he made the two and a half hour journey on the speed-limit-free autobahn between Munich to Stuttgart (137 miles) in an hour. Not too shabby. That’s Uhlenhaut below with his autobahn busting Coupé. 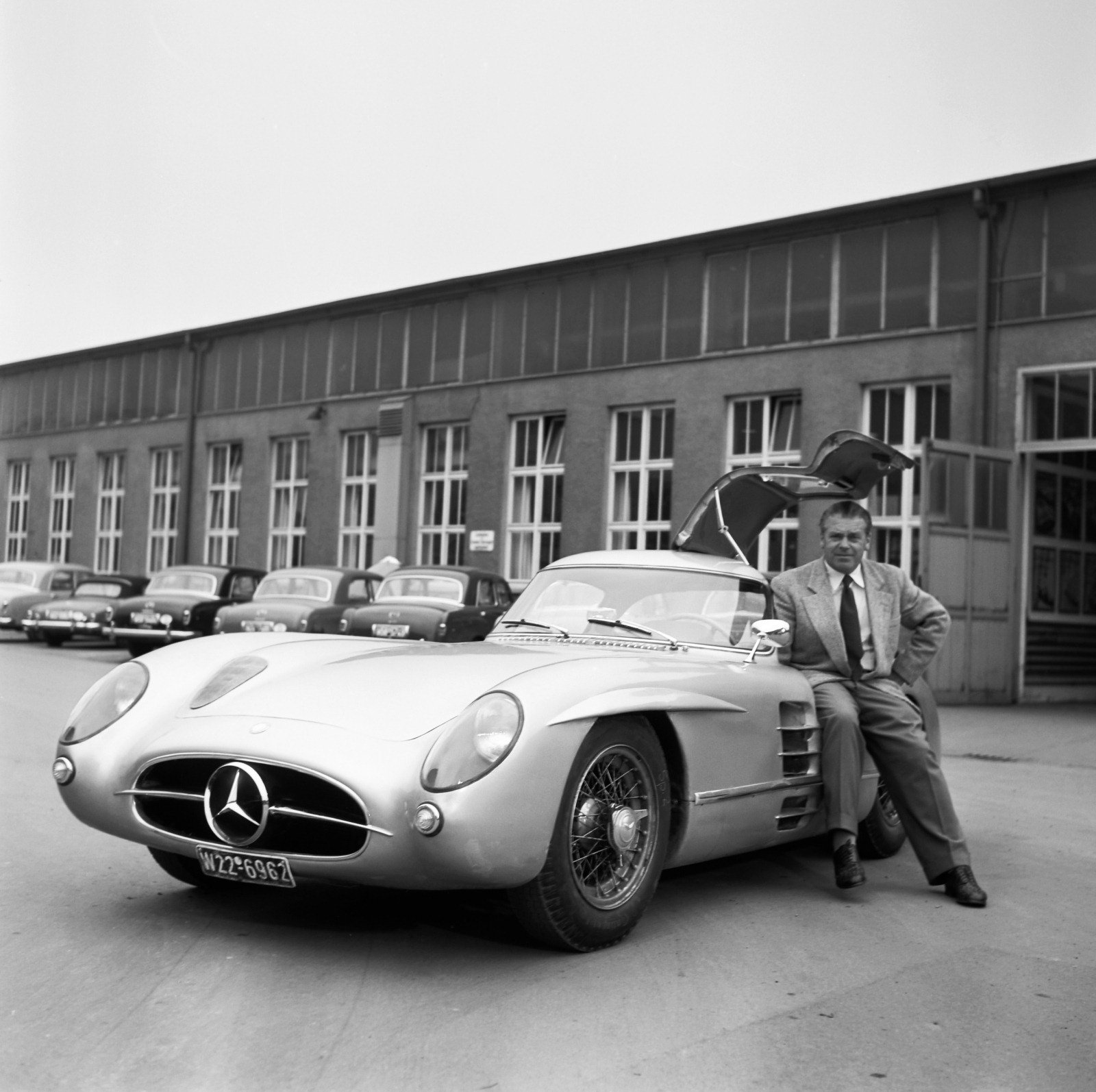 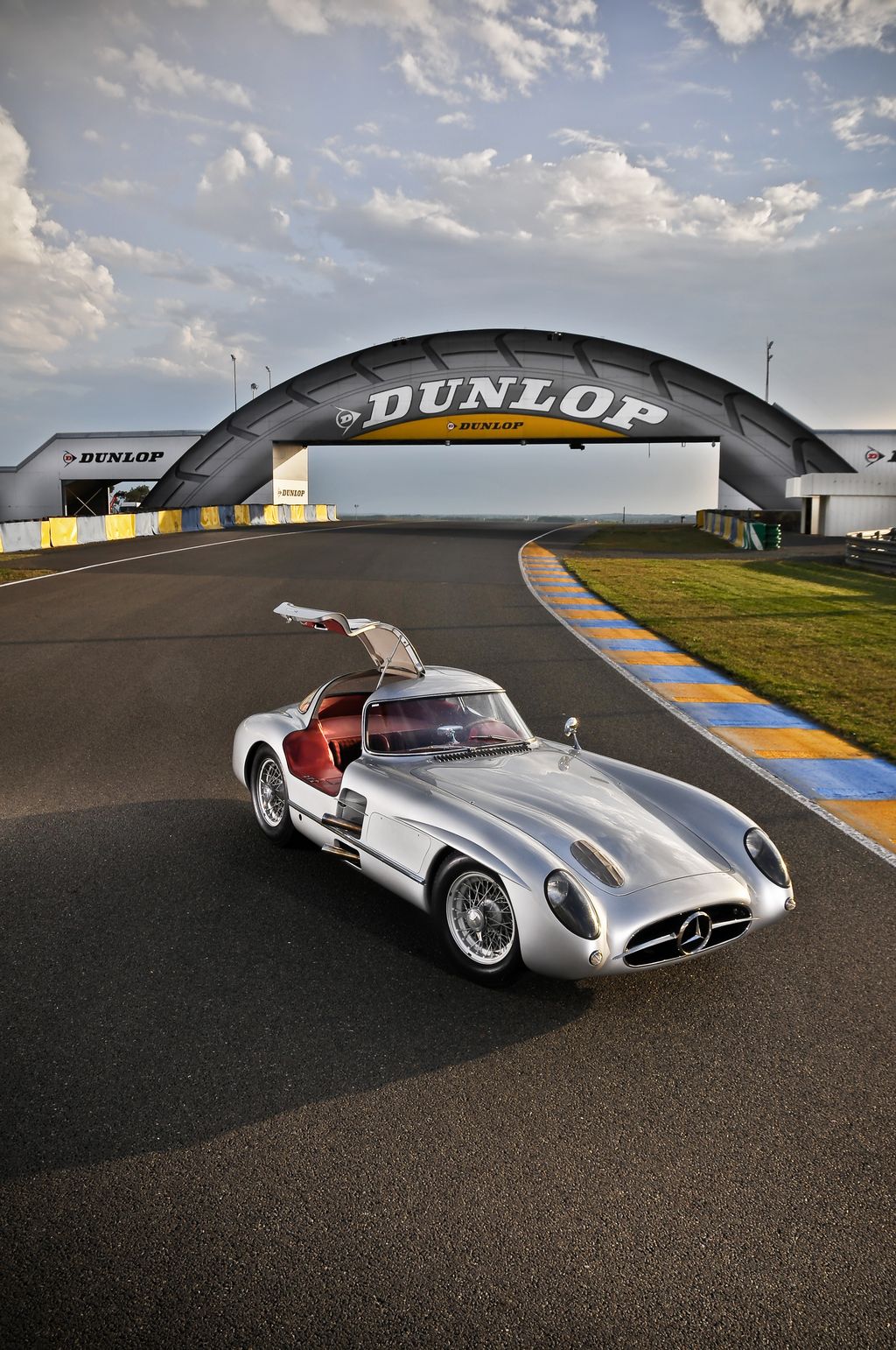