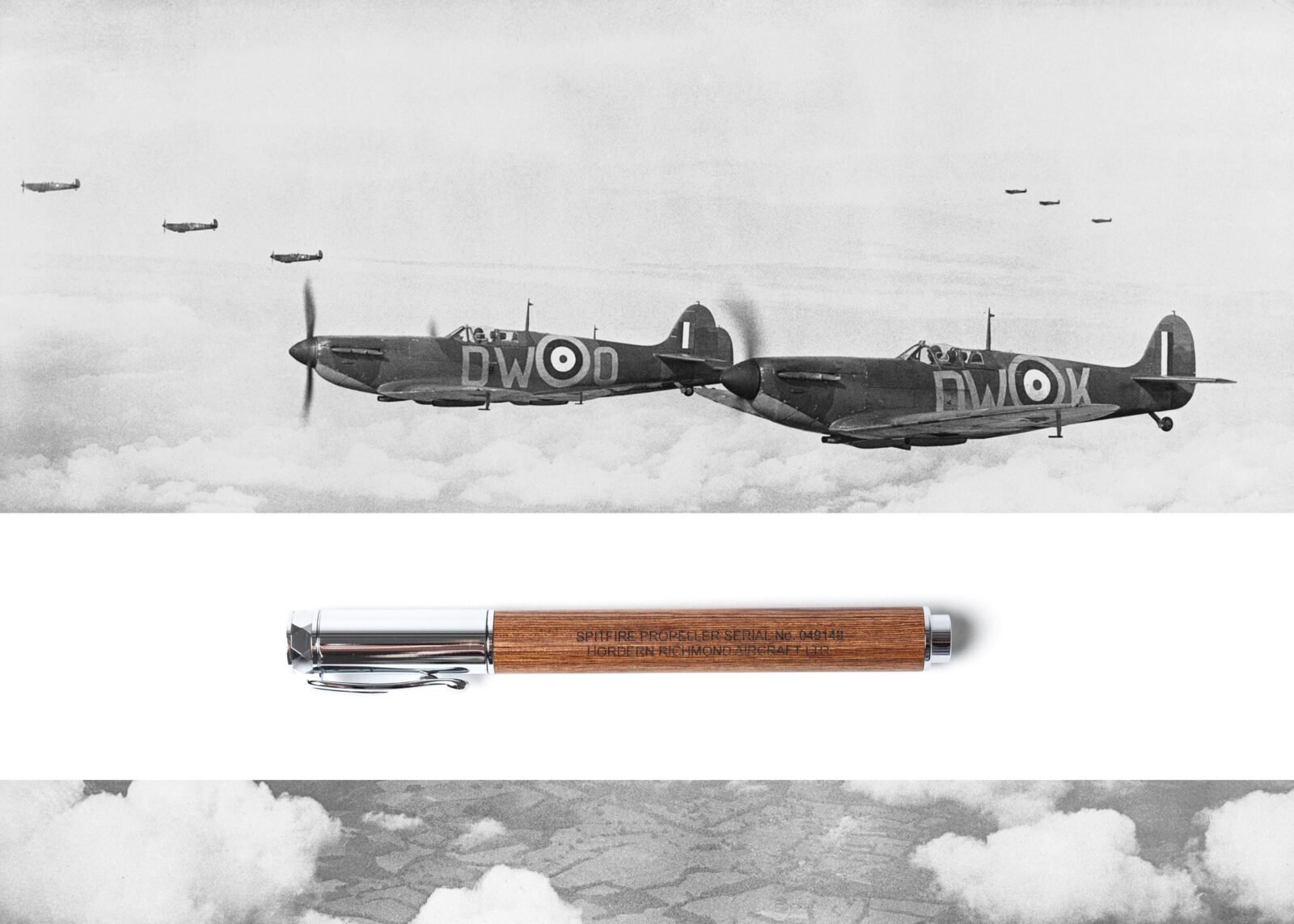 The Spitfire Pen is a creation of the Hordern Richmond Aircraft Company, they’ve been in business since 1937 when the company was founded by Frederick Gordon-Lennox (the 9th Duke of Richmond) and Edmund Hordern. During WWII they built many of the propellers for British fighters and bombers, as well as the Hordern Richmond Autoplane.

In more recent years Hordern Richmond have turned their attention to rescuing abandoned and unusable Spitfire propellers (many of which they built themselves during the war years) and carefully milling sections of them into pen bodies. This allows military history buffs from all over the world to buy a little piece of genuine Spitfire and keep it in their pocket or on their desk.

Each Spitfire Pen is made from a small cylinder cross section of Spitfire propeller, each of which was originally made from “Hydulignum”, an exceptionally strong laminate of birch wood, which has been seasoned by the years in the air during one of the most significant and important periods in history.

The Spitfire is remembered today as perhaps the most important fighter aircraft of the Second World War, and the sound of its Rolls-Royce Merlin V12 is legendary, with many of them thundering across the skies of London during the Battle of Britain with their 27 litre aero engines reverberating throughout the city. Interestingly, there are still over 50 Spitfires in operational and flying condition around the world from Florida, to Israel, to New Zealand.

Hordern Richmond engrave each pen with the serial number from the original WWII-era Spitfire propeller blade from which it was made, and each pen comes in its own ash wood presentation box with hand worked leather strapping. The pens use replaceable cartridges which can be bought at most stationary stores, or you can pick up your refills directly from Hordern Richmond for £5.00 a pop. 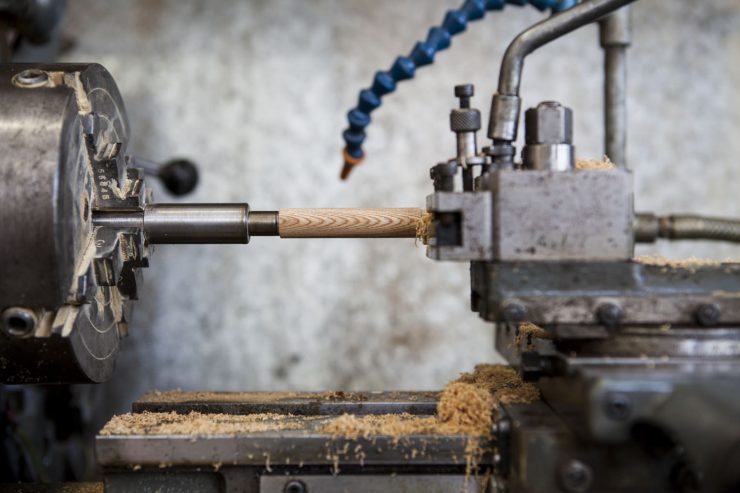 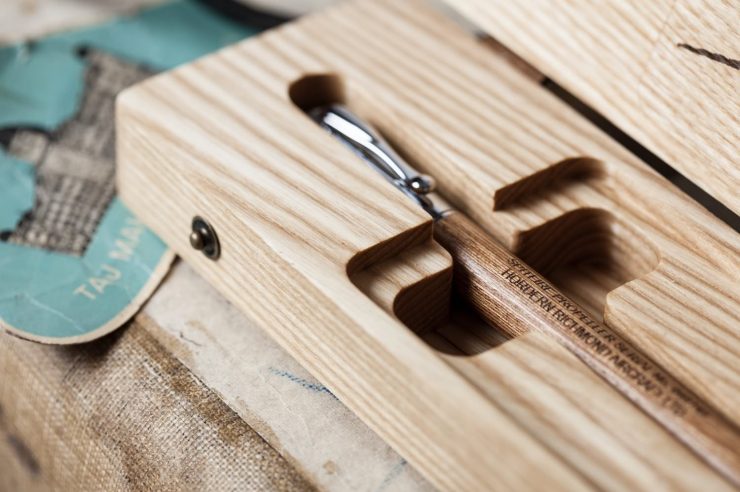 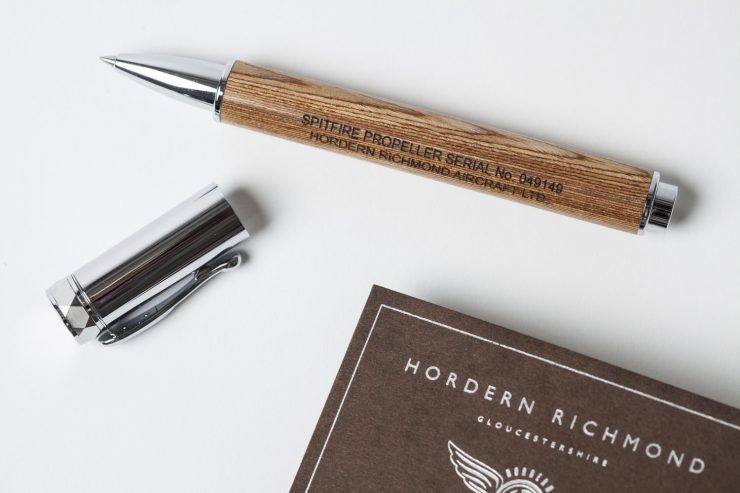 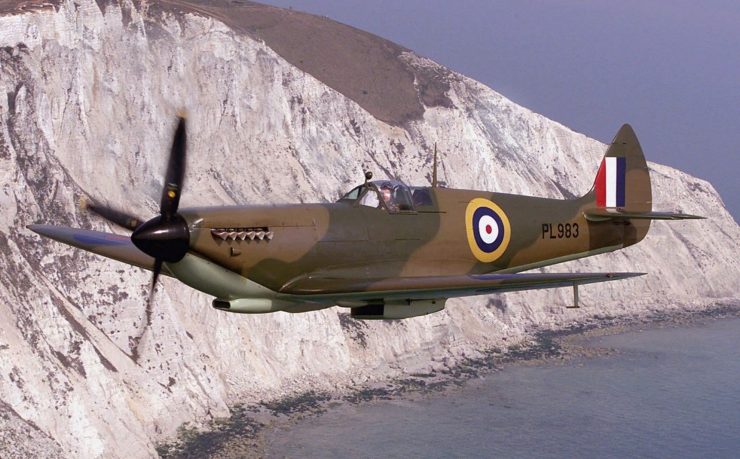