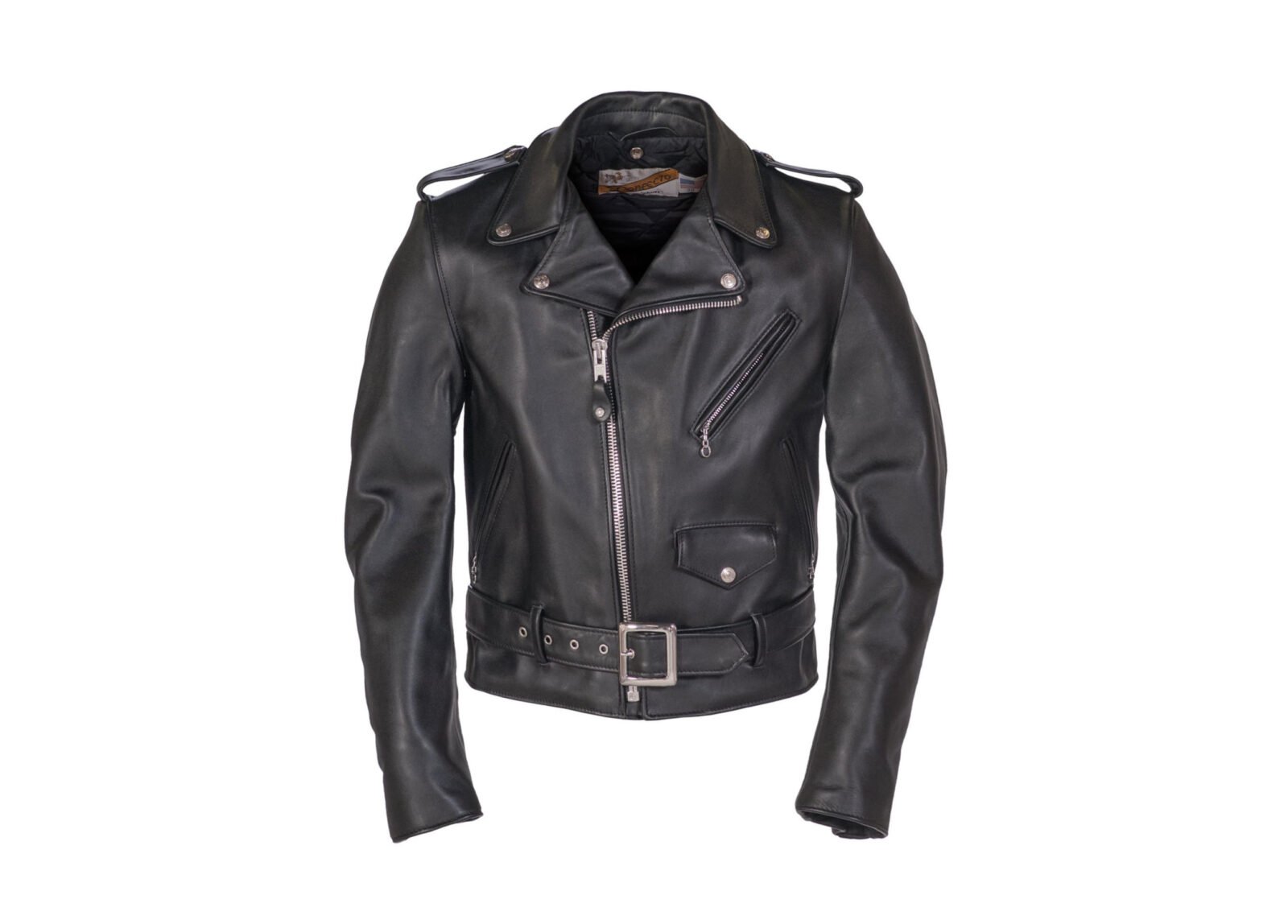 The Schott Perfecto is almost certainly the most famous motorcycle jacket in the world, it was made famous by Marlon Brando who wore it in the 1953 film “The Wild One”, ever since it’s been what many people picture when they think of a classic motorcycle jacket.

The Perfecto was invented in 1928 by Irving Schott as the first ever purpose-designed leather motorcycle jacket – he chose the name Perfecto as it was the name of his favourite cigar.

Irving Schott designed the Perfecto with the safety of the wearer in mind, so it was made from thick leather for abrasion protection, it also has a belted waist to keep it securely fastened, zippered sleeve cuffs, and it has a collar that can be flipped up allowing it to be zipped to the neck for additional wind protection.

Both horsehide and steerhide (bull leather) have been traditionally used for the Perfecto however steerhide is more common nowadays as it’s typically easier to source good quality bovine leather than horse leather. 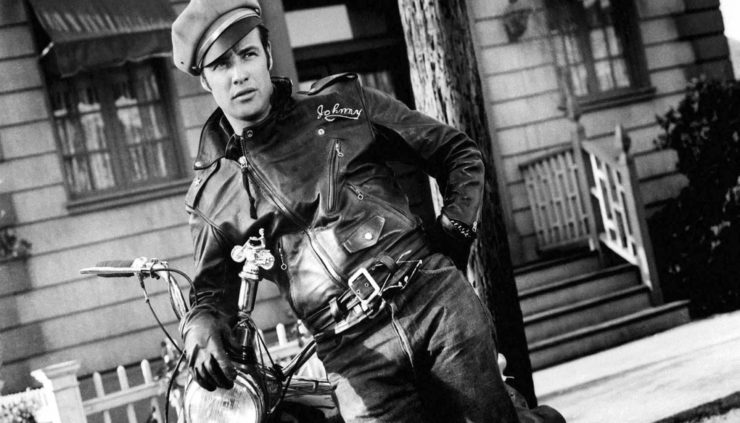 Above Image: Marlon Brando in The Wild One wearing a Schott Perfecto. Image courtesy of Columbia Pictures.

The Perfecto has a characteristically asymmetrical front with an angled heavy duty main zipper, it has four front pockets, and an inside map pocket. Schott makes each of these jackets from USA-sourced, drum dyed, hand cut, heavyweight 3 to 3.5 oz steerhide leather for reliable quality and durability.

The jacket also has grommet vented underarm footballs to help keep you cool in summer, it has bi-swing back panels and a large back panel design to allow a freedom of movement unusual in most other leather jackets.

Unlike many modern motorcycle jackets the Perfecto can be worn on or off your motorcycle without looking a whisker out of place, and it can be worn with one or two base layers allowing it to be used in the warmer and cooler months.

Schott is known for making jackets that are designed to last more than one lifetime, in fact there are still Perfecto jackets from the 1950s and 1960s in regular use today – all they need is a little leather care from time to time. 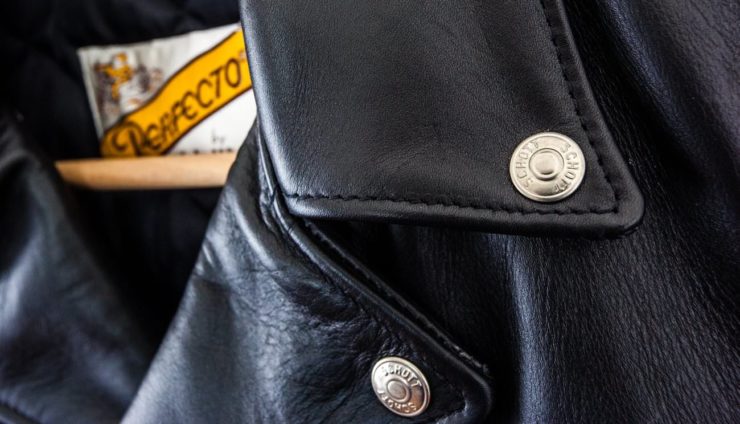 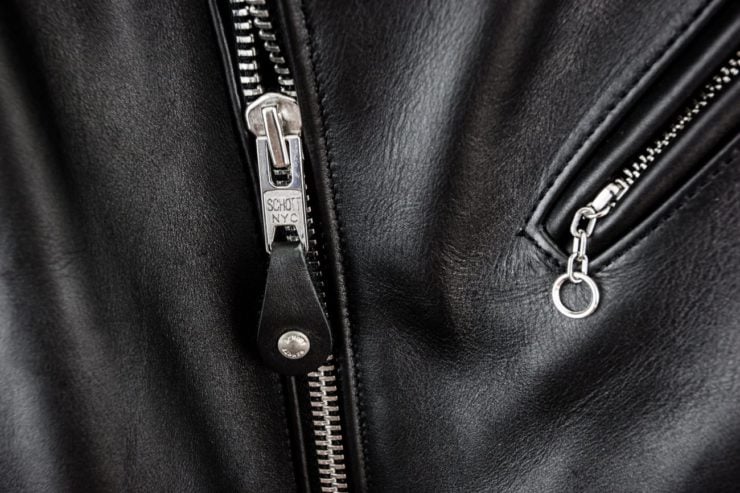 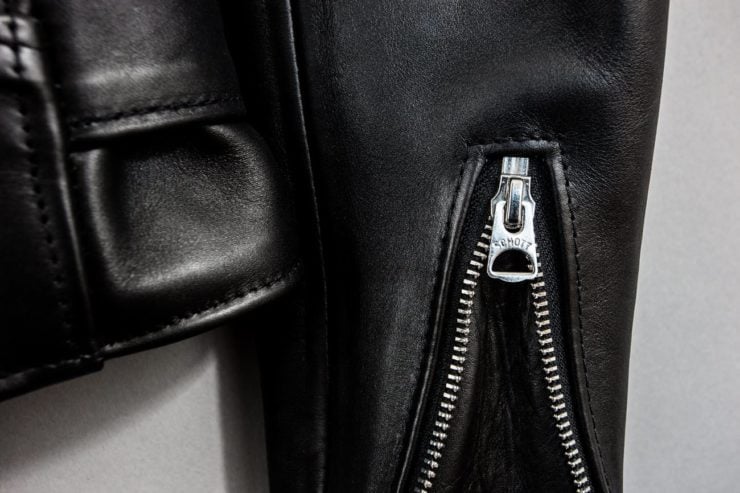