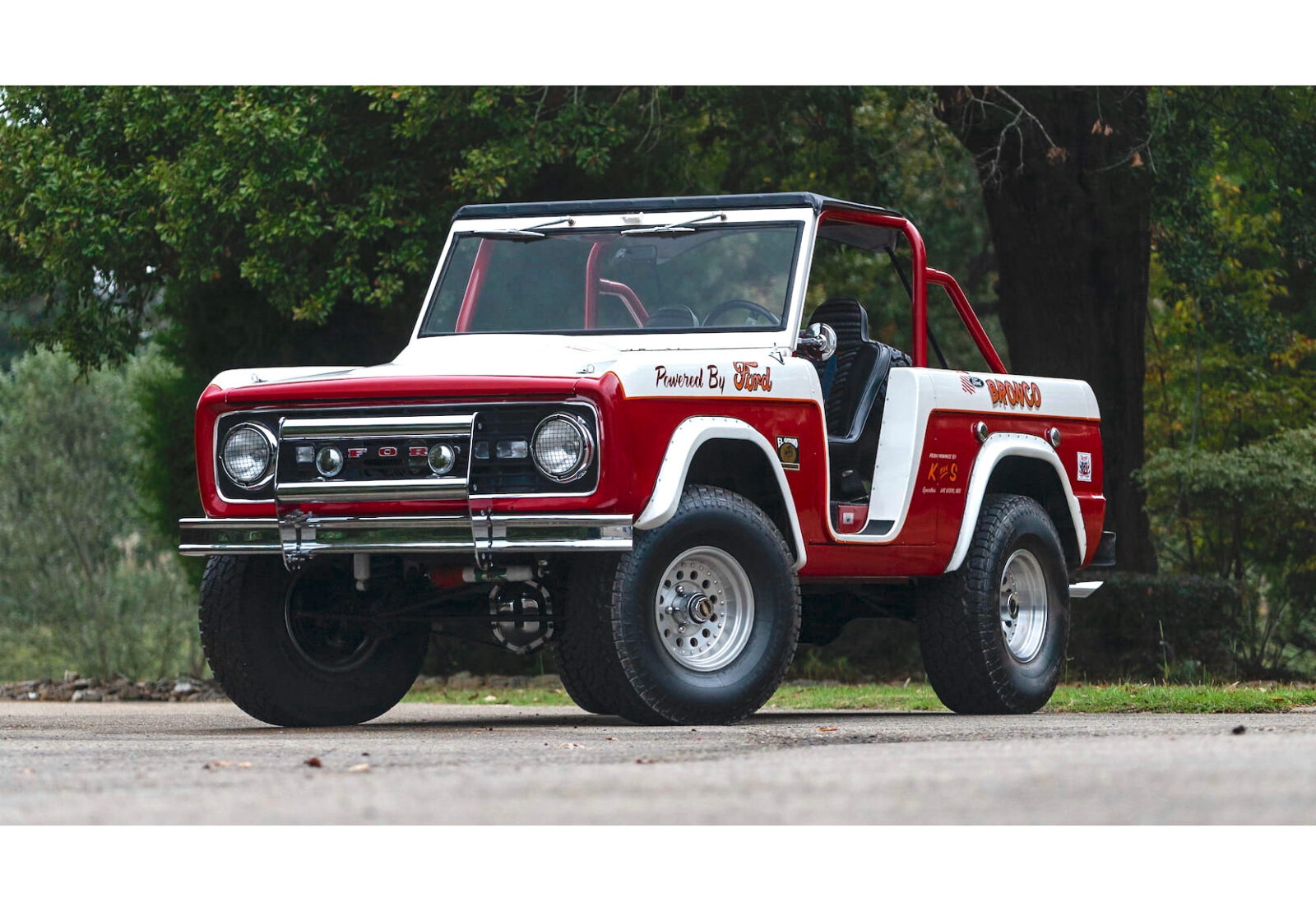 The first generation Ford Bronco is one of the most beloved and desirable American four-wheel drives of all time, their values have been skyrocketing in recent years and rare Broncos like the one you see here are highly sought after.

This Bronco was built for desert racing by the team at K Bar S in Las Vegas, Nevada. K Bar S was founded by Hal Sealund and John Karp to build high performance parts for the Bronco, Sealund had competed in the Score International, the Mint 400, the Parker and other off-racing series so he had a wealth of knowledge about how to build vehicles that could compete.

Over the course of the company’s history they built 12 Broncos and supplied parts for countless thousands of others which could be ordered from their mail order catalogue. Using K Bar S parts you could rebuild your Bronco into a truely competitive desert racer, and many did.

The first generation Ford Bronco was no newcomer to racing, it had been used extensively as a platform for off-road racing in the United States since the 1960s. One of the reasons the Bronco had been so popular for racing was its extensibility – it has a large engine bay and a simple body-on-chassis design that allowed them to be easily modified. 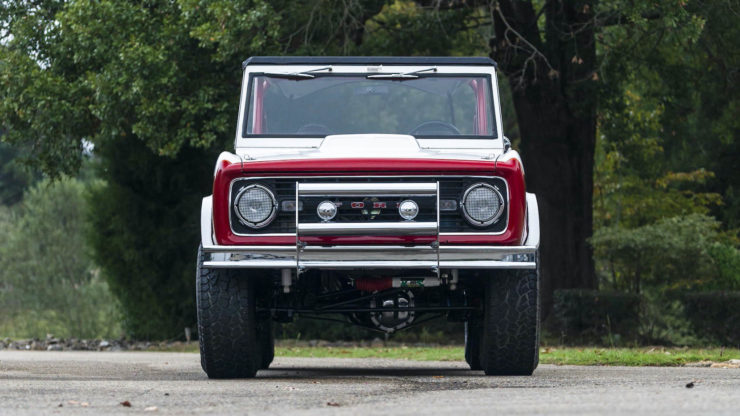 The K Bar S-built Bronco you see here started life as a factory stock 289 cu. in. V8 model with the Sport Bronco Package installed. It was sent to K Bar S in the 1980s to get the work done – the work was extensive and it turned the vehicle into a highly capable off-road racer.

The original 289 cu. in. V8 was replaced with a Ford 302 cu. in. V8 rebuilt by Standard Crankshaft including shot-peened and polished connecting rods, a cross drilled and chambered crankshaft, forged pistons, and it has a .030 overbore.

The team at Standard Crankshaft also fitted a 268 Comp camshaft with a roller timing chain, they ported and polished the heads, they gave the engine hardened valve seats, SCI valves, a Mallory Uni-Lite distributor and coil, and it has long tube headers into a dual exhaust. 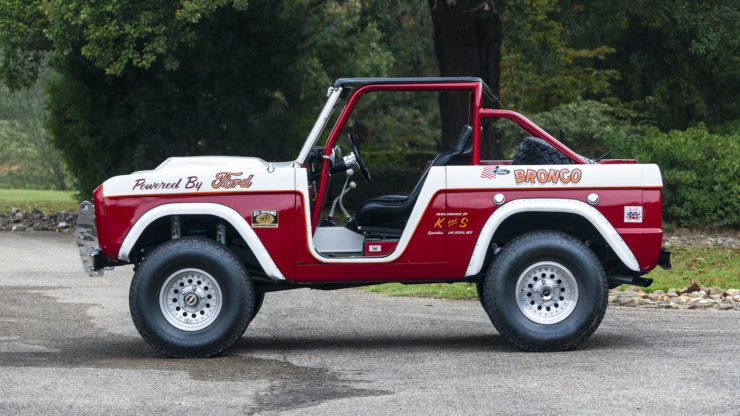 The engine is topped with a four-barrel carburettor and it’s bolted to a Ford four-speed transmission and transfer case, which sends power back to a Ford 9 inch rear differential. The vehicle also has a Dana 44 front axle upgrade, heavy duty springs on all four corners, and dual shock absorbers on each corner.

The Bronco also has a nudge bar upfront, for safety there’s a six-point roll cage, it also has bed stiffeners, a spare tire mount, full race seats with safety belts, and a Hurst shifter. The doors have been left off to save weight, and the interior is spartan, though it does include two cup holders.

If you’d like to read more about this unusual Bronco or register to bid you can click here to visit the listing on Mecum. It’s due to cross the auction block in early December and at the time of writing there’s no hammer price estimate. 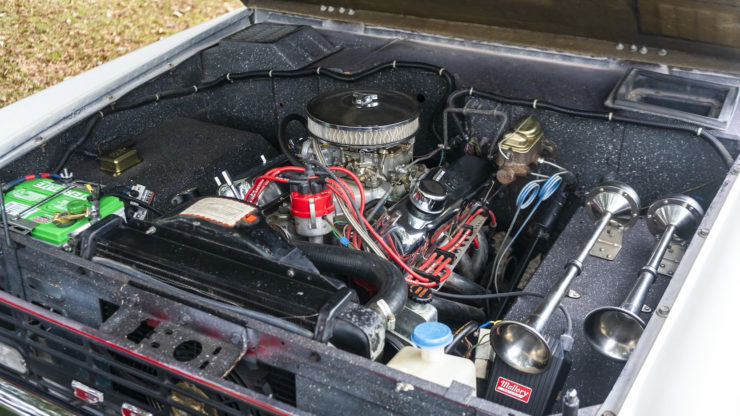 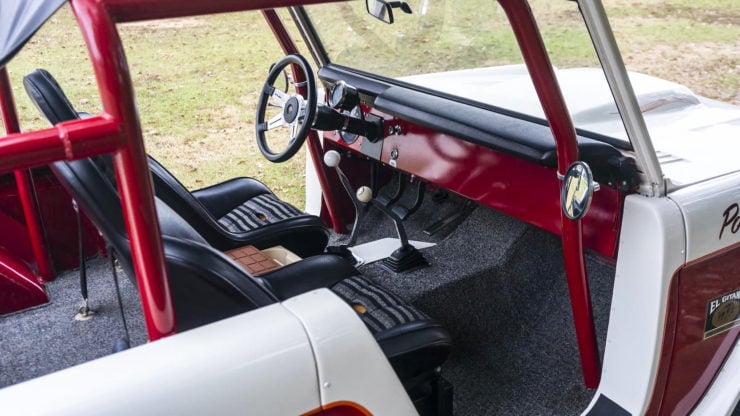 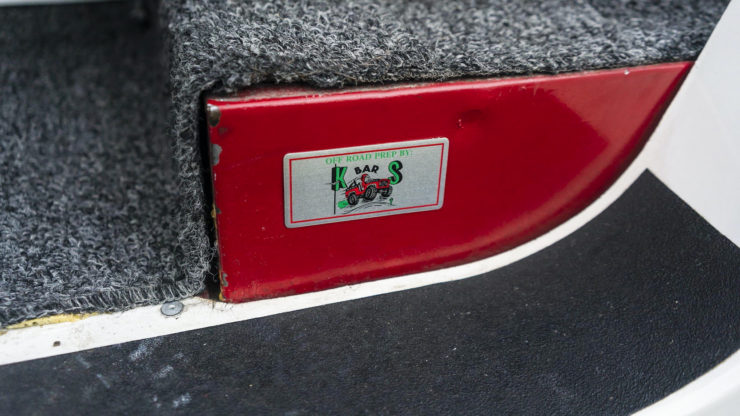 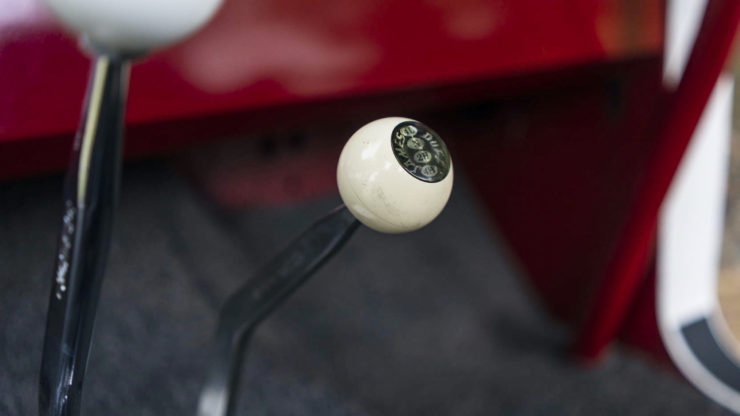 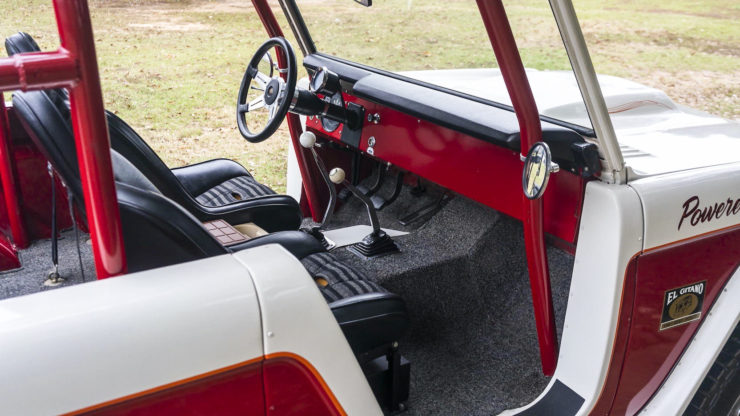 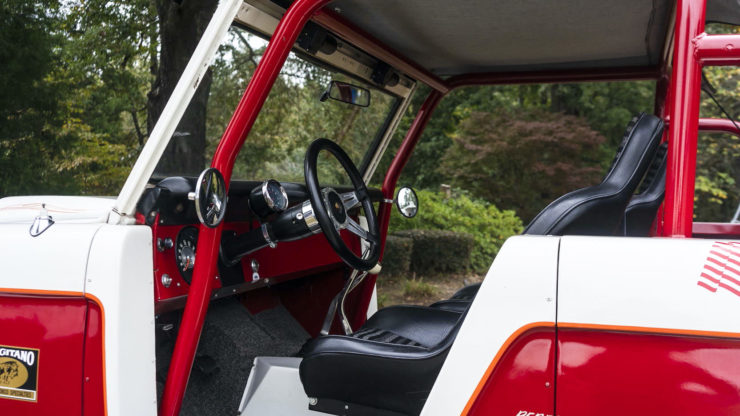 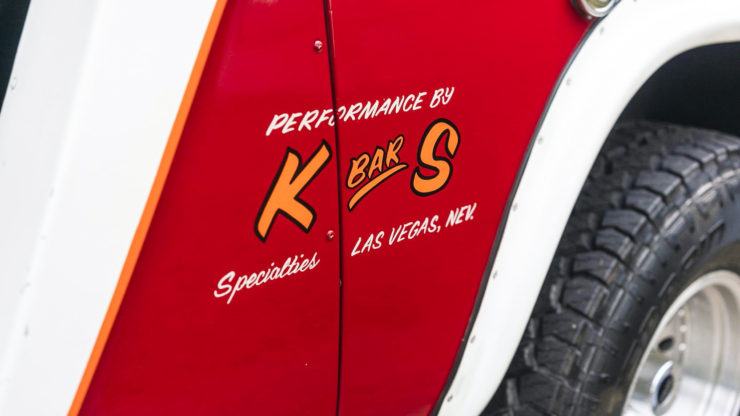 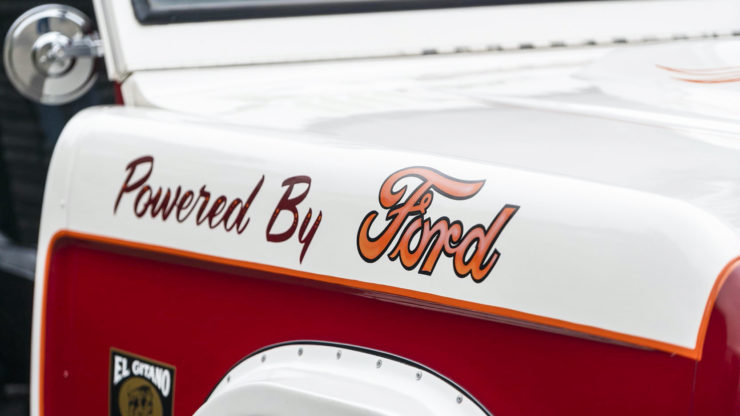 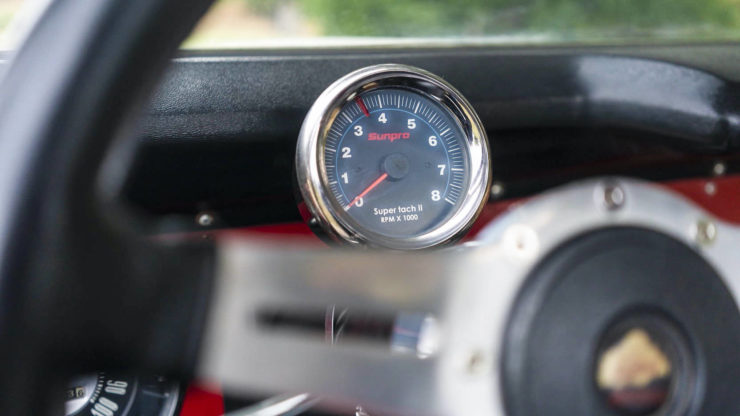 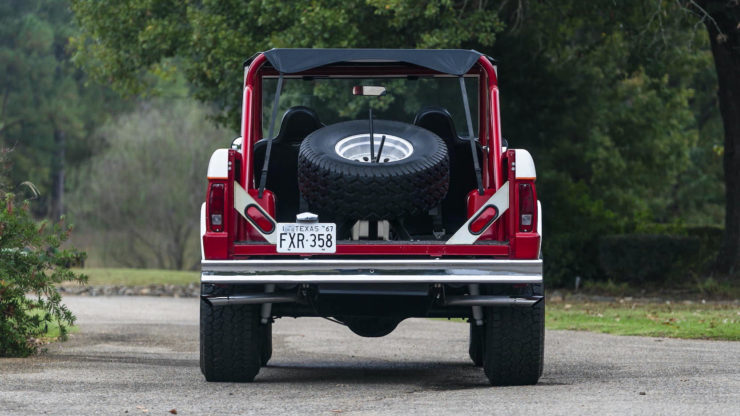 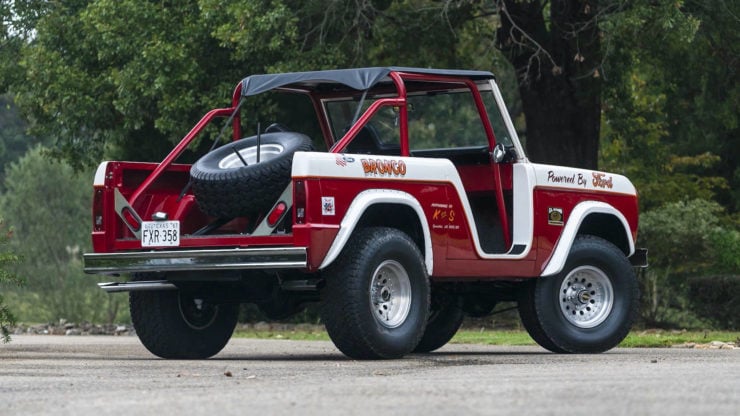 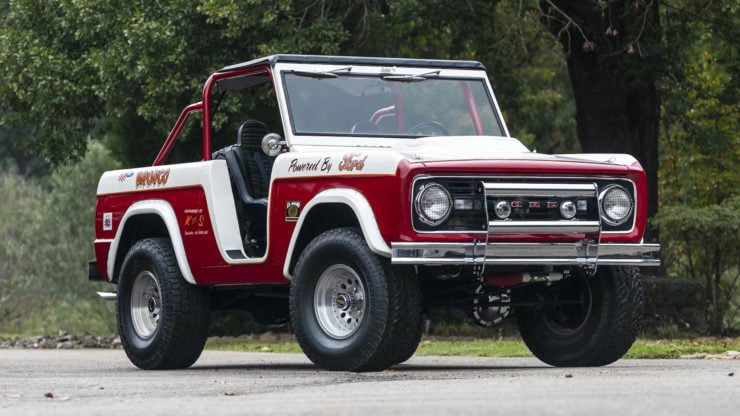 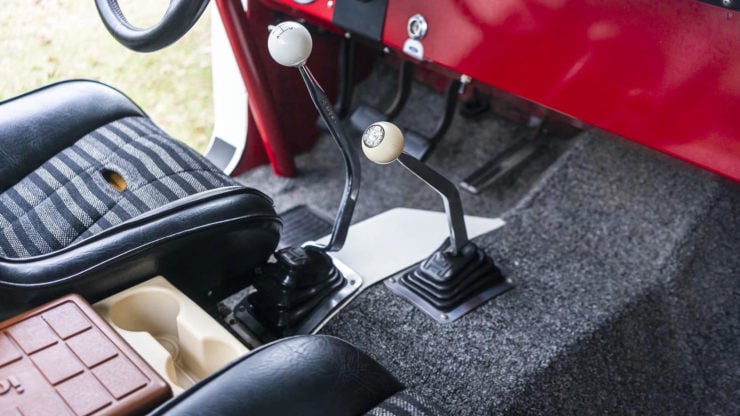 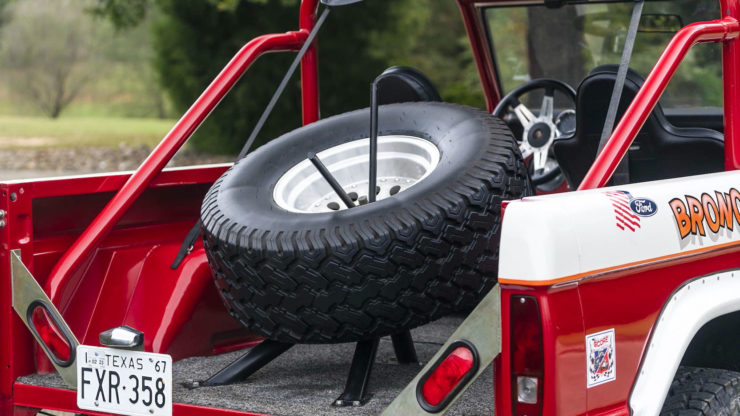 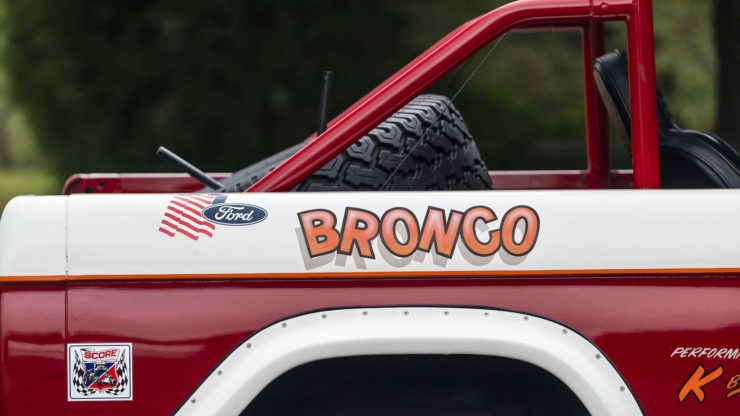 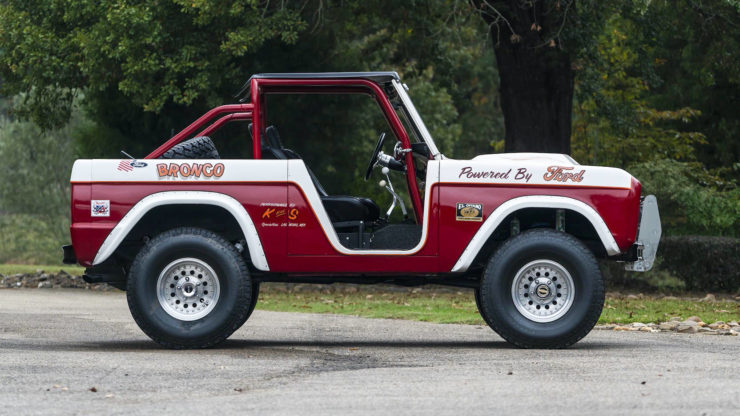 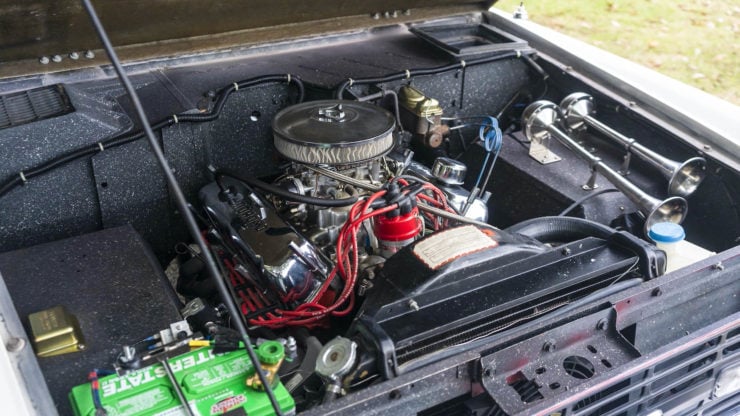 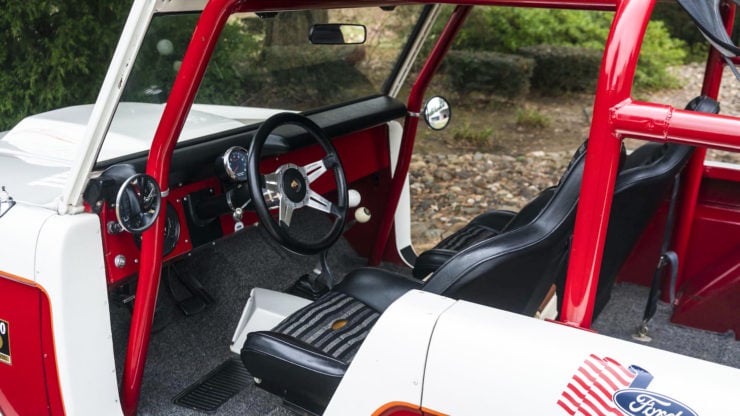 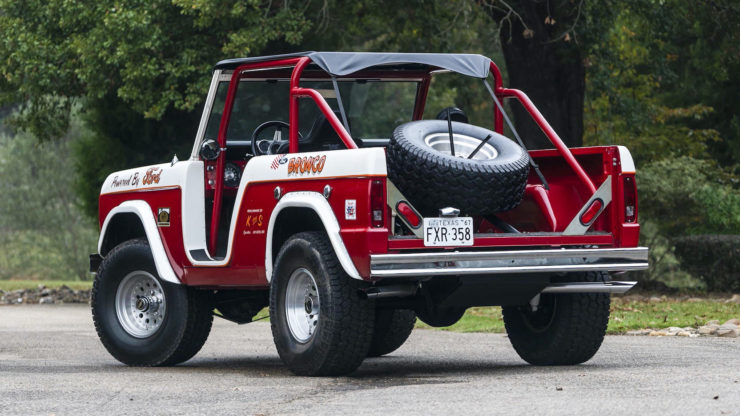 The marriage of the Land Rover Defender and the ubiquitous 3.5 litre Rover V8 first occurred in the 1980s when it was first offered as an engine option from the factory. It would be the…

The BMW 3.0 CSL is one of the most important cars in the German automaker’s long history, this one is perhaps a little more special than most because it’s being offered for sale directly from…