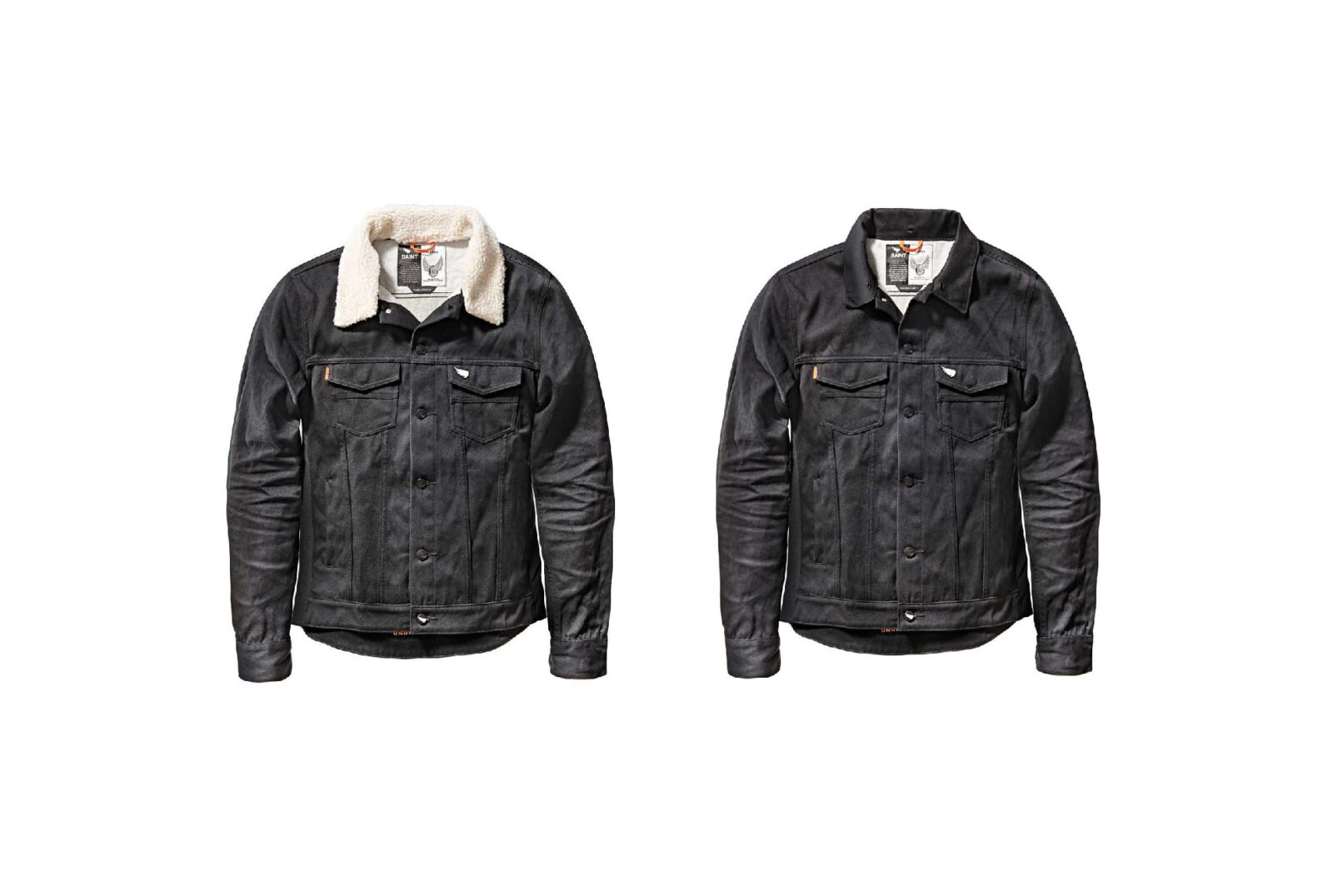 The Unbreakable line by Saint has attracted a huge amount of attention in the motorcycle industry since its release. The fabric is a proprietary design that combines UHWMPE Dyneema® and cotton for breathability combined with exceptional abrasion and puncture resistance.

If you’re wondering what UHWMPE is, you’re not alone. It’s an acronym for “ultra-high-molecular-weight polyethylene”, in layman’s terms, its a fiber that’s stronger than steel, and 133 times stronger than regular denim.

The combination of cotton and UHWMPE fibers create a comfortable fabric that doesn’t need an inner Kevlar liner. The Unbreakable fabric is burst, impact, and abrasion resistant – offering a 5.9 second slide time on asphalt. This may not sound particularly long, but try counting to 6 Mississippis in your head, then imagine sliding on the tarmac for that distance. It’s a long way.

The Saint Unbreakable Denim Fur Motorcycle Jacket is made from its namesake fabric, and it includes a removable (faux) fur collar, an adjustable waist, and snap-close cuffs. There are two chest pockets, with a button down front, and a dropped back to keep you covered up when you’re leant over the dials. 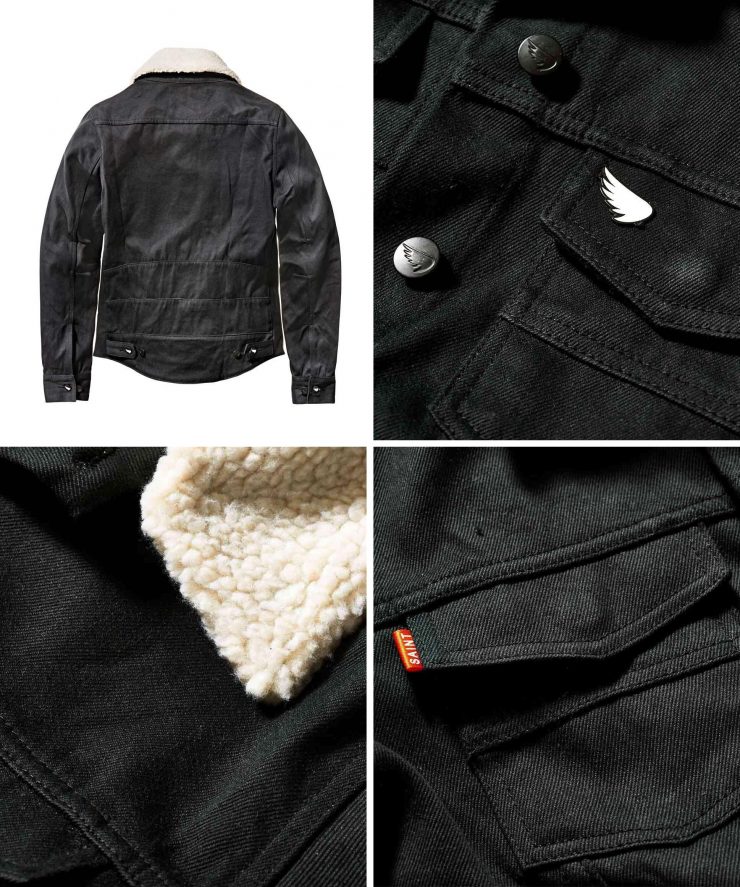 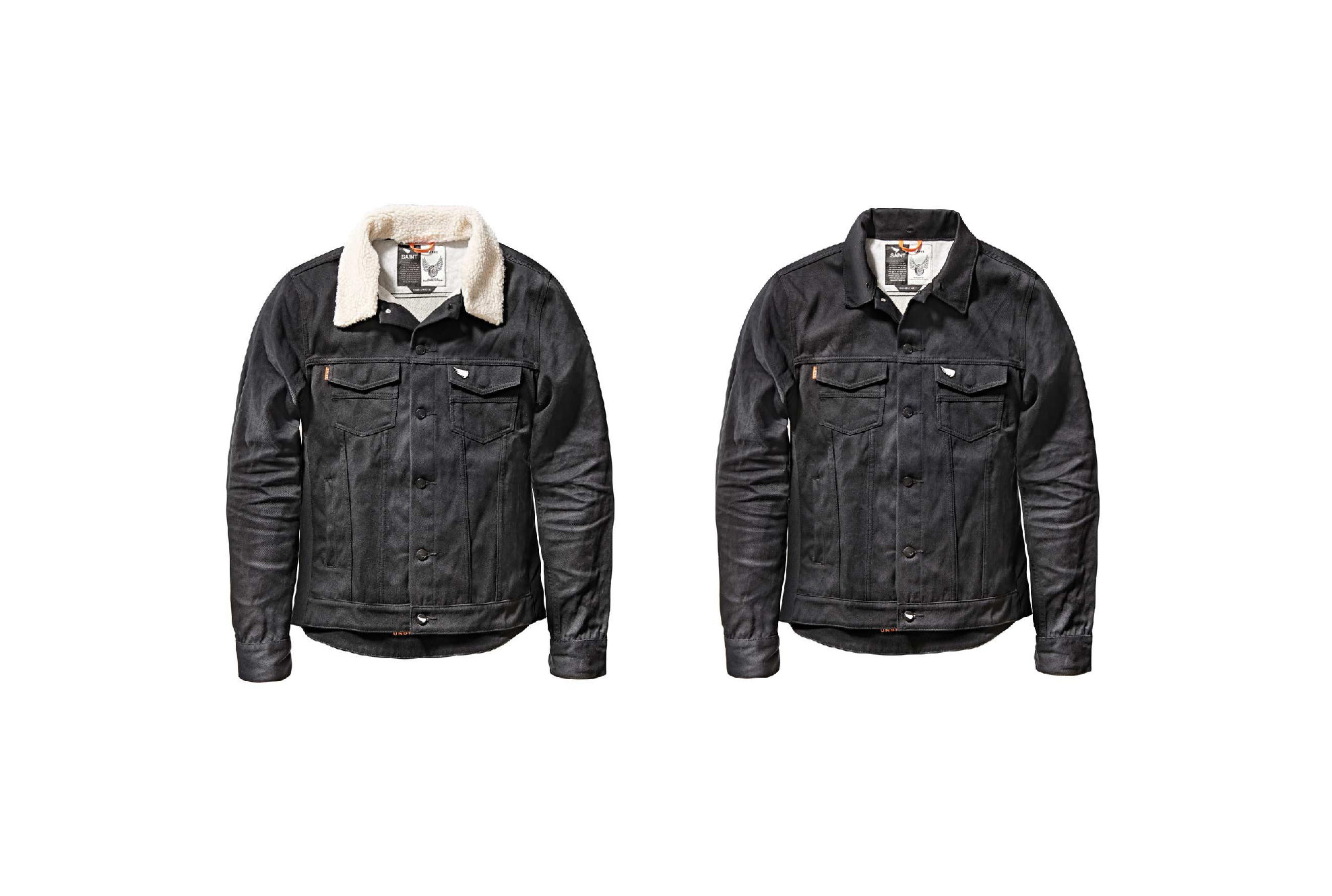