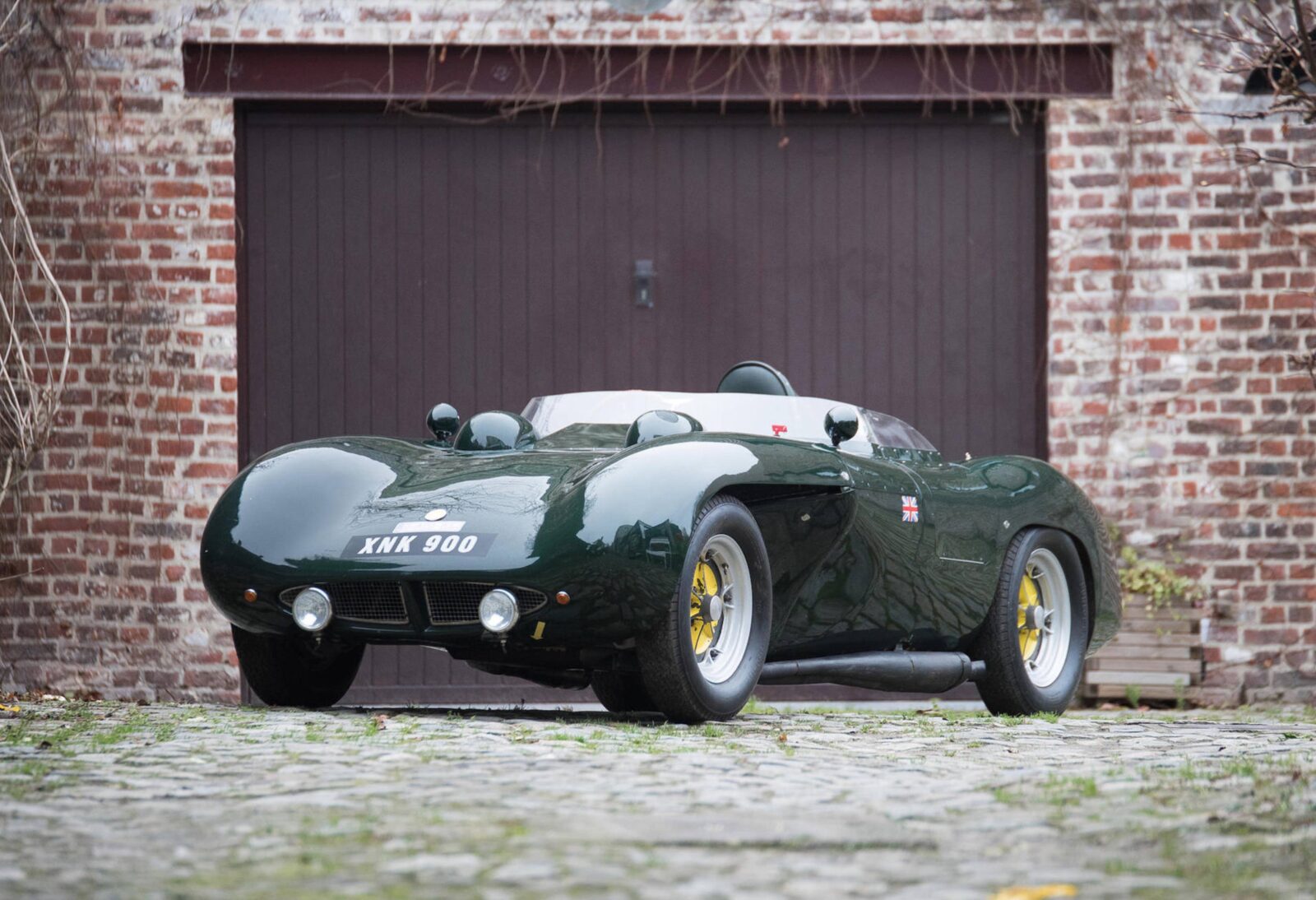 The Tojeiro-Butterworth AJB is a bit of a historical anomaly, it’s the only one that was ever built, and it’s fitted with the unusual air-cooled, flat-four AJB engine. The intials AJB belong to Archibald James Butterworth, a visionary engineer, inventor, and designer, who was a successful and active racer in England until he suffered a serious hill climbing accident in 1951.

Archie Butterworth And The A.J.B. Special

Archie Butterworth initially made a name for himself racing a car he’d designed and built for £300 in 1948. He called it the “A.J.B. Special”, it was four-wheel drive racing car based on a Jeep chassis, and powered by a front-mounted military surplus Steyr V8 engine – the bodywork had to be cut out over each side of the hood to get adequate flow over the air-cooled engine.

The A.J.B. Special would see an active competition life across England in the late 1940s and into the early 1950s. The car made its debut at the Brighton Speed Trials in 1948 finishing a respectable 3rd in class, this was followed by a 5th in class at the Prescott Speed Hill Climb, and a 6th over all at the Weston Super Mare Speed Trials.

By 1949 Archie had the car dialed in, and he took the fastest time of the day at the Brighton Speed Trials with a time of 24.91 seconds, versus 31.32 seconds just a year before. He would carry on recording impressive results, and made appearances at Goodwood, the Shelsley Walsh Speed Hill Climb, the Daily Express Int’l Trophy at Silverstone, and the Great Auclum National Speed Hill Climb to name just a few. 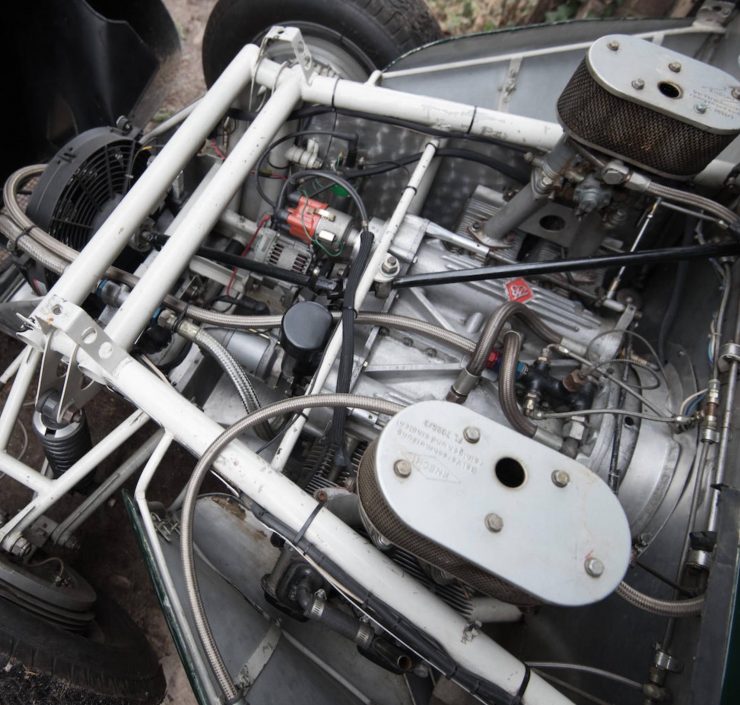 Butterworth’s Accident And The Arrival Of Bill Milliken

It was in 1951 that he ran slightly wide and had a rear wheel taken clean off after it was caught in a gutter. Butterworth crashed down a hillside and suffered serious injuries – but he recovered quickly. The car was sold on to American racing driver Bill Milliken who took it back to the USA, rebuilt and partially redesigned it, then began competing in America.

After the rebuild Bill named it the “Butterball Special” as a reference to the surname of its original creator. The car would go on to compete at the Pikes Peak Hill Climb, it also raced at Watkins Glen, the Giant’s Despair Hillclimb, the Mount Equinox Hillclimb, and it set a new track record at the Holland Hill Climb in 1957. 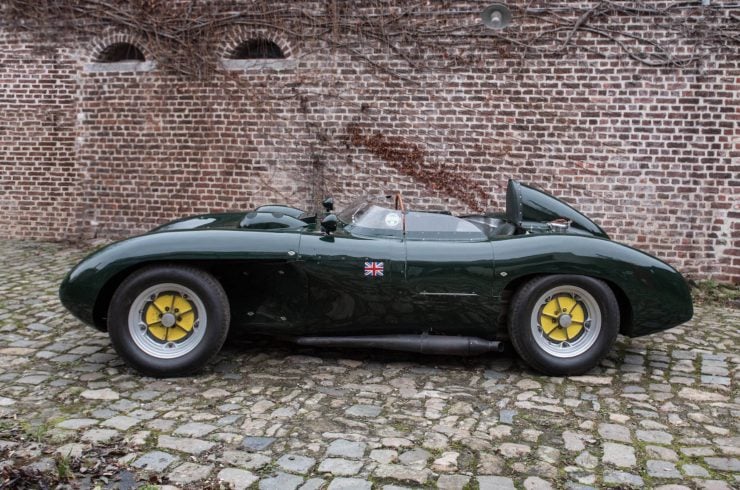 From Driver To Full Time Engineer

From 1952 onwards, Archie Butterworth would focus his attention solely on engineering. This is where his heart had always really been, so much so that he designed a new machine gun while serving in France during WWII, and brought the blueprints with him in a cardboard tube when he was evacuated from Dunkirk. He would later claim his design was superior to the Sten Gun, and no one who knew him had any doubt he was telling the truth.

Now that he was unofficially retired from racing, he turned his attention to the design of an air-cooled flat-four racing engine, incorporating his own patented design for swing valves. He felt that poppet valves still impeded gas flow too much, and so he developed a system for valves that swung out of the way leaving an open circular port – almost like a door on a hinge.

He designed his engine to be as versatile as possible, it could change between capacities of 1.5, 2.0, and 2.5 litres by swapping barrels and pistons – the rest of the engine would remain identical. This would potentially allow drivers to compete in multiple engine classes in a single weekend – if they were quick enough with the tools of course. 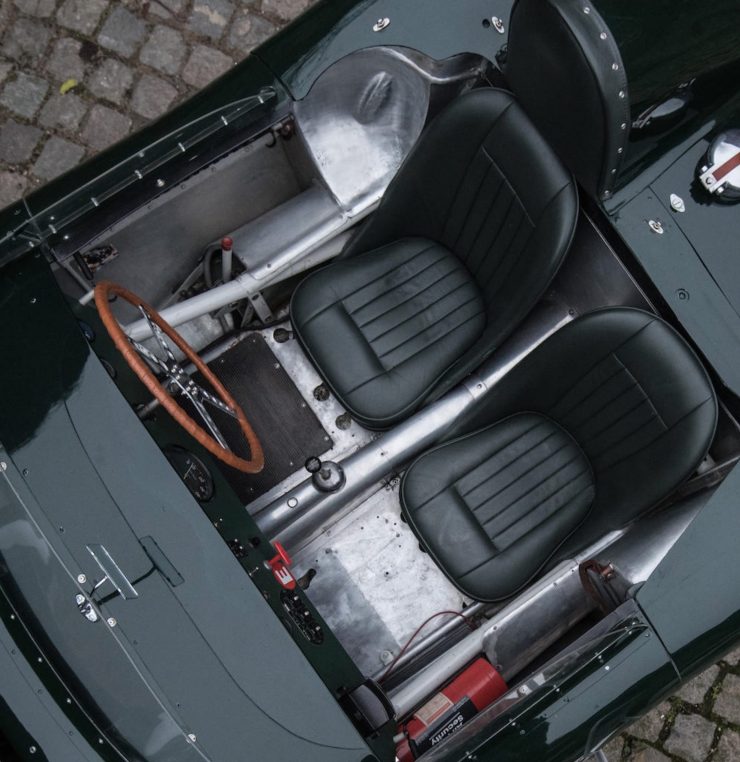 The Tojeiro-Butterworth is a car that started out as a rolling chassis sold to Major Ronald Clare Clifford Palmer in 1954 from John Tojeiro’s Automotive Developments company. The Major and his friend Roger Everett then set about building and installing a 1.5-litre AJB engine and fitting it to the tubular steel Tojeiro frame.

The two men opted to convert the engine to regular poppet valves as the swing valves suffered from inadequate development. The sweeping, aerodynamic bodywork was crafted in fiberglass (front) and aluminum (the rear), and the power was sent from the front-mounted engine to the rear via an MG T-series 4-speed manual gearbox.

The major sticking point with the AJB engine had been the Amal carburetors – they were designed for motorcycle use and were simply not suited to being used in a downdraught configuration. Major Palmer and Roger Everett tinkered with them for years, and tried a variety of other carburetors, before eventually losing interest and mothballing the car.

The Tojeiro-Butterworth would stay with Palmer for over 30 years before being offered for sale as part of his estate. The new owner commissioned the talented Michael Williams of Beaufort Restorations to restore the car for him – and work began in earnest.

Williams quickly realized that the configuration issues with the engine were significant, and there was little that Major Palmer could realistically have done to get it running right. Fortunately, Archie Butterworth was still living in Frimley Green, and he had a huge supply of original AJB parts in stock – not to mention more expertise on the engine that anyone else on earth.

The car is now in remarkable condition throughout, it’s also road legal and registered in Belgium. If you’d like to read more about the remarkable history of the Tojeiro-Butterworth or register to bid, you can click here to visit the listing on Bonhams. 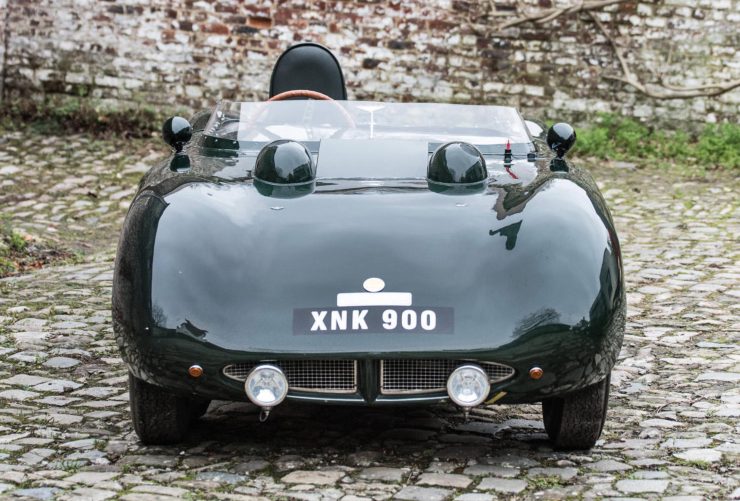 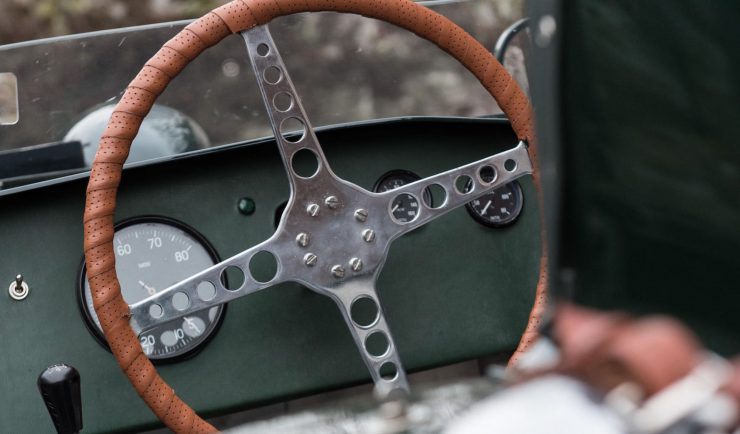 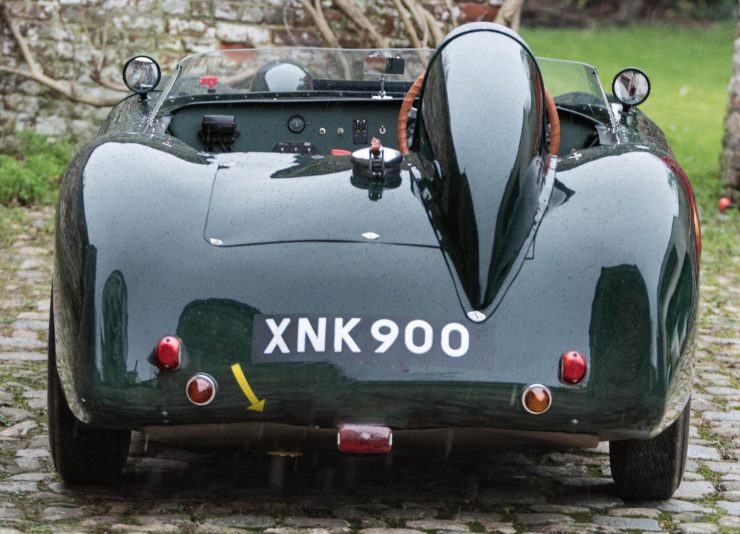 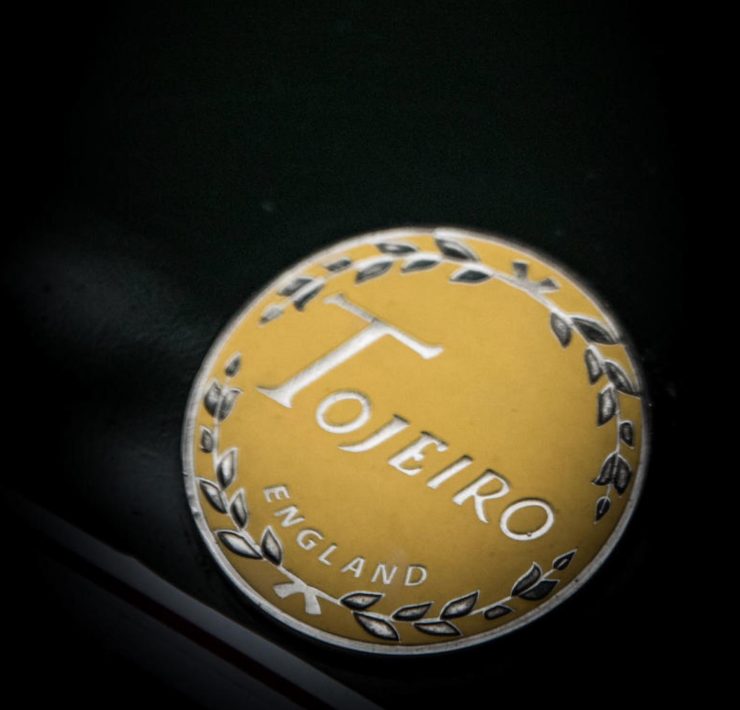 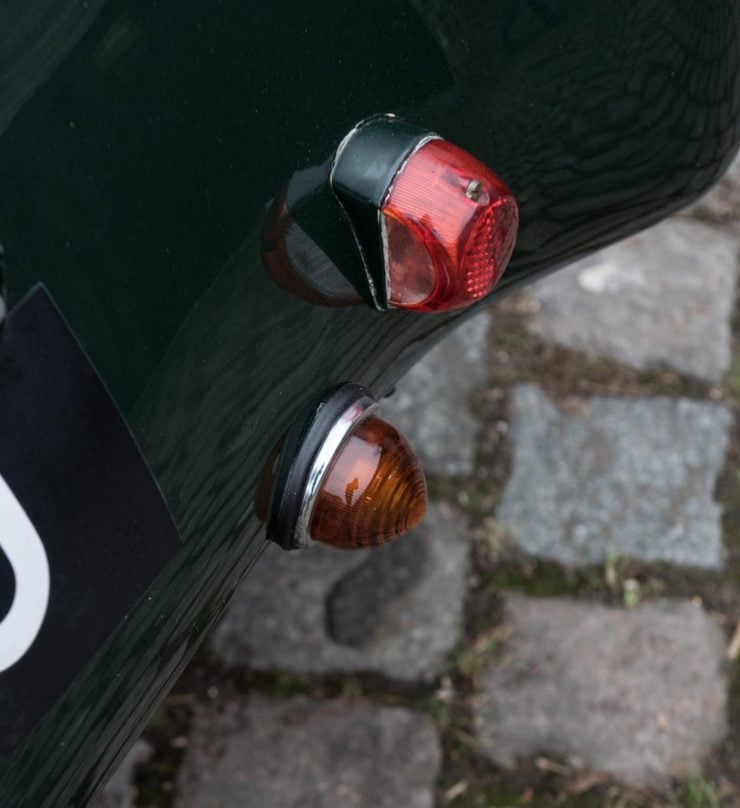 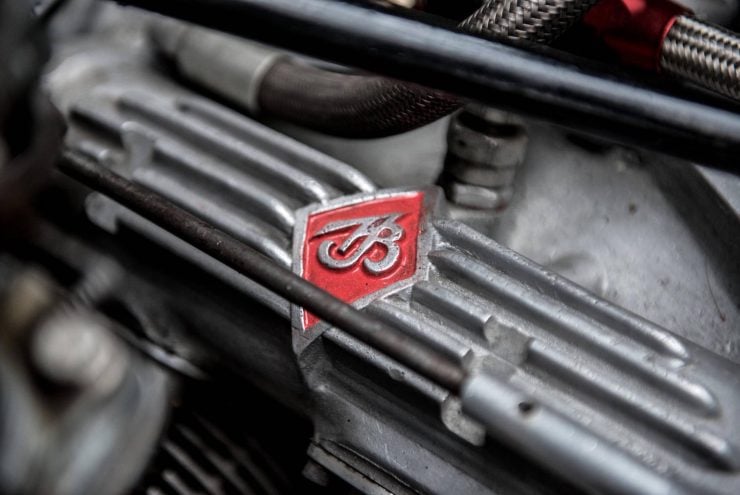 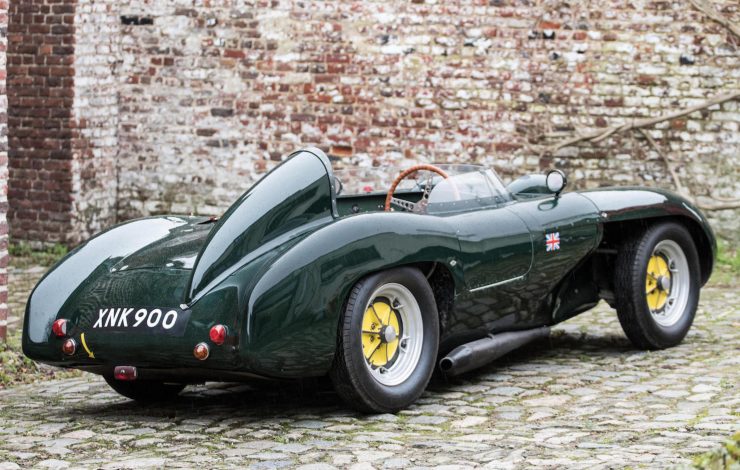 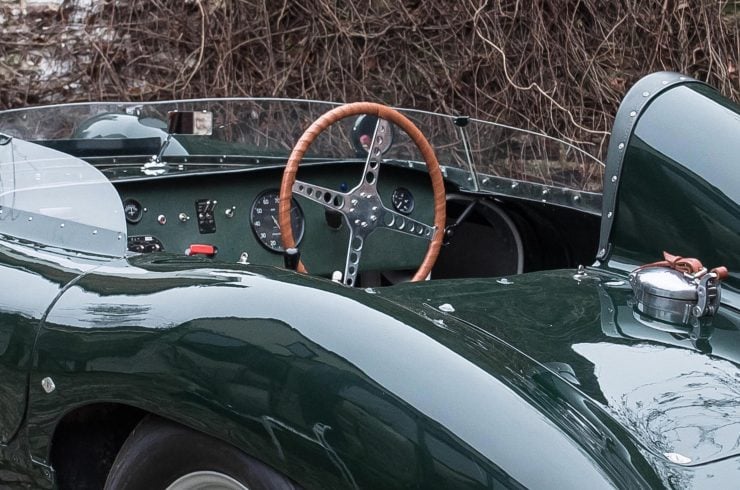 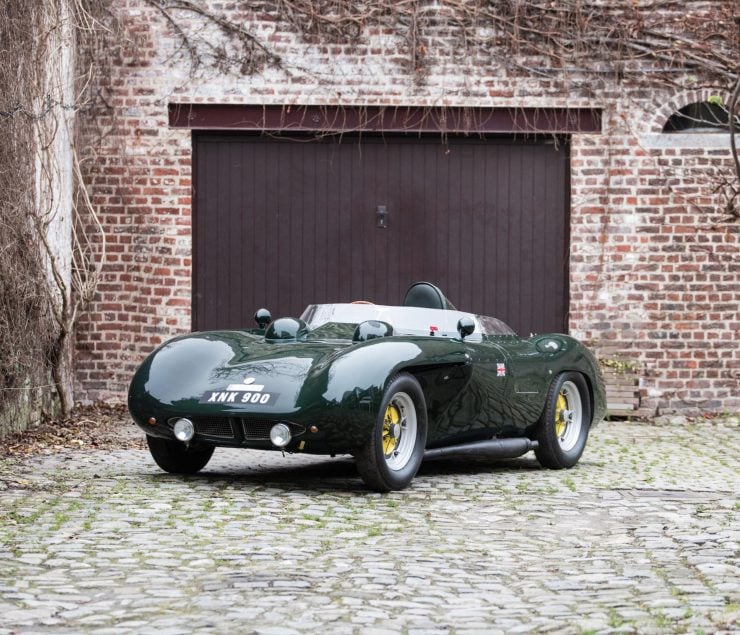 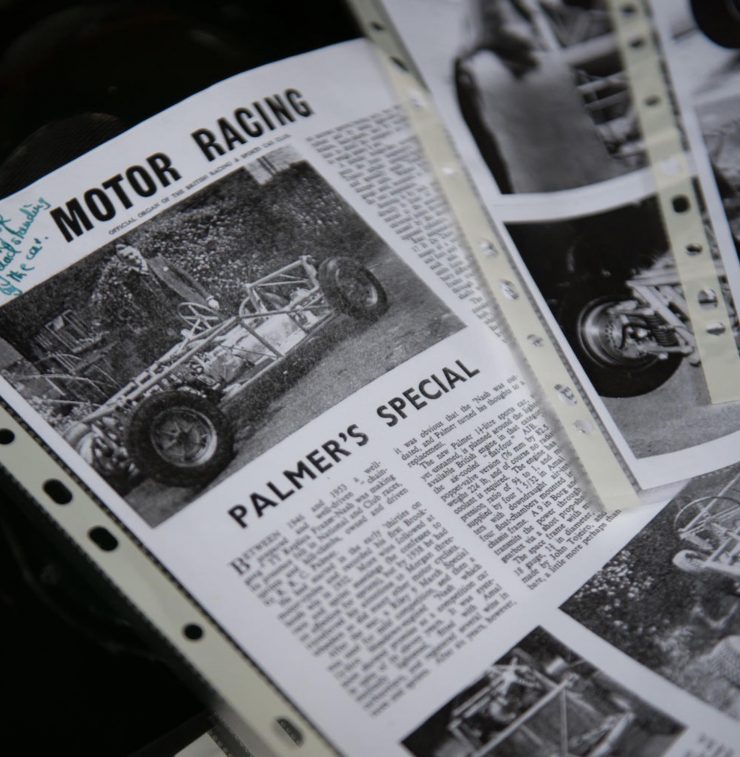 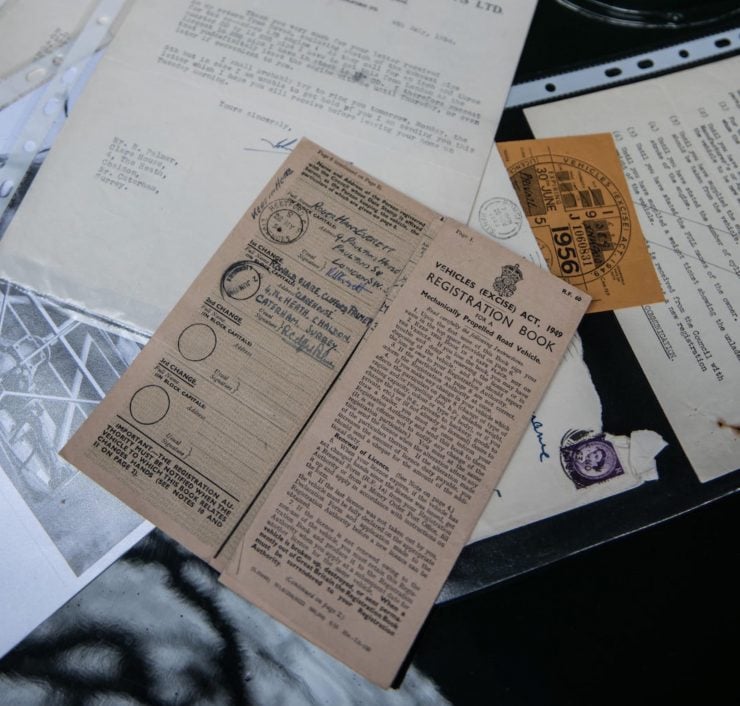 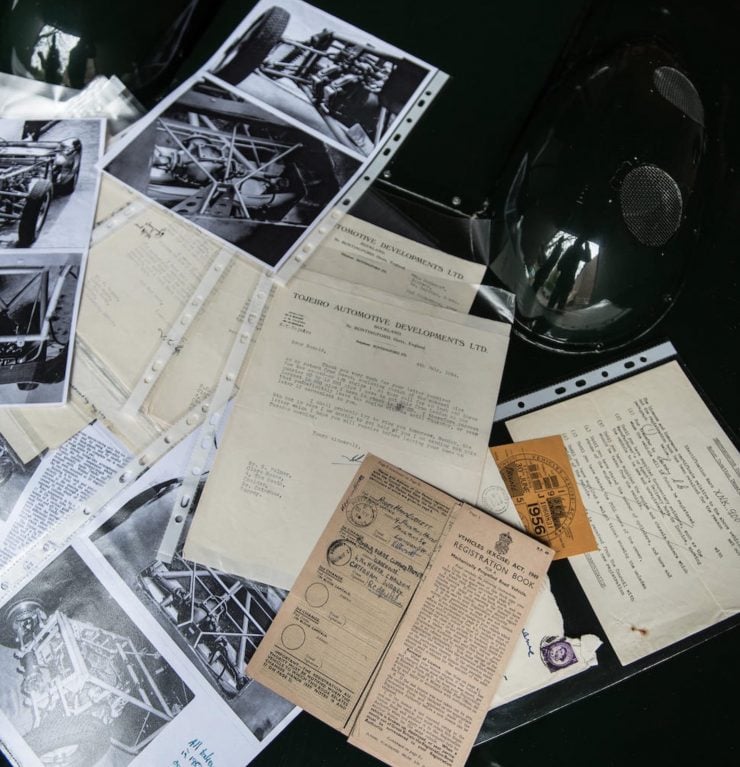 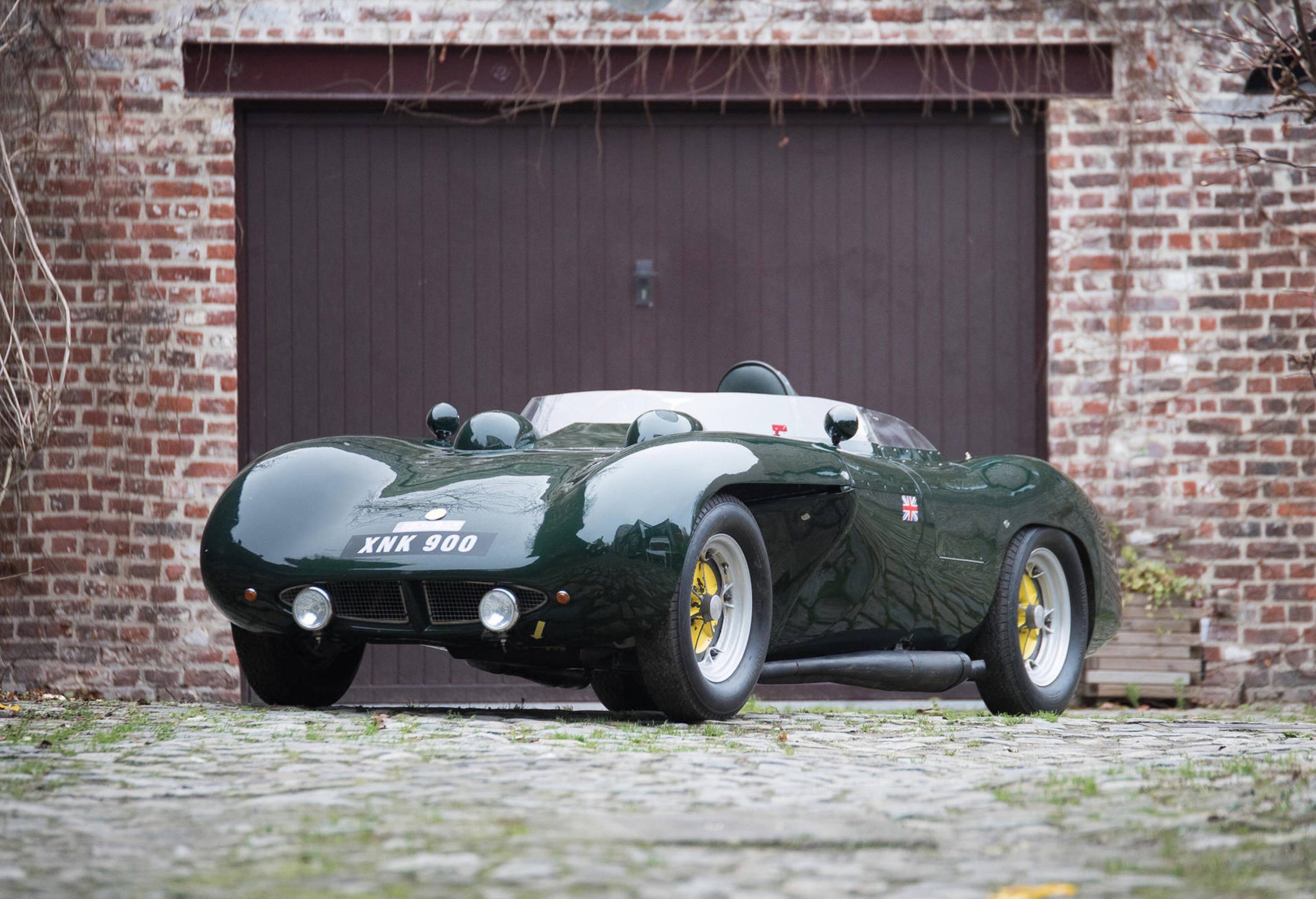