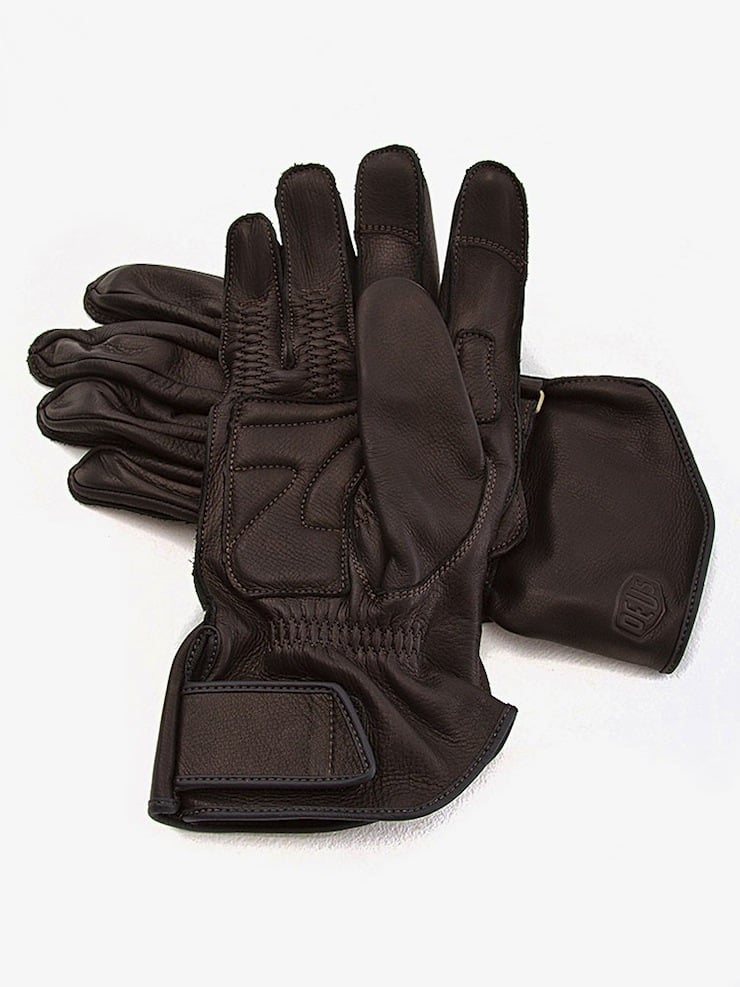 The Japanese company Harold’s Gear used to produce some of the best retro motorcycle gloves you could find anywhere, sadly the state of both the global and Japanese economy have been tough on the small firm and they recently went out of business.

The guys at Deus got in touch with the Harold’s Gear guys and came to an agreement to produce the gloves to the same specifications though this time with Deus Ex Machina branding, this is the belted glove from the first batch of these new motorcycle mittens.

We were huge fans of the Harold’s Gear belted glove and so we’re very happy to see Deus keeping them alive, I used to wear gloves without a wrist strap till I came off an old 2-stroke and hit the deck, the gloves flew off instantly and I was left with a pair of hands that looked like raw ostrich burgers.

And no one likes ostrich burgers.