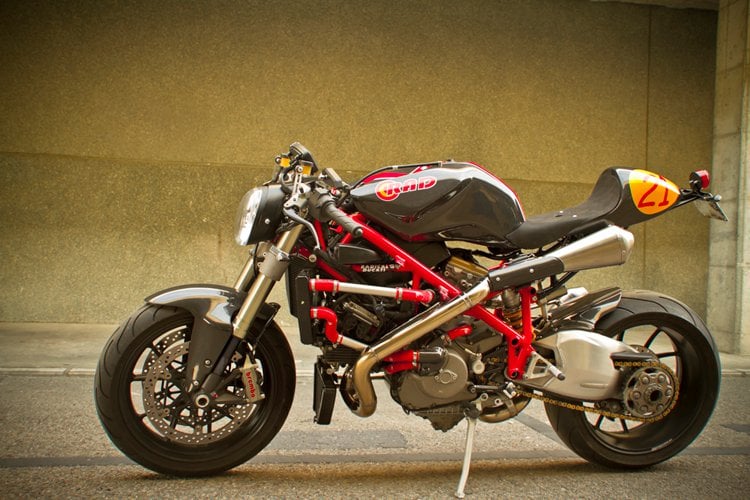 Based in Spain, Radical Ducati turns out highly modified Ducati customs that all have a very distinctive, signature style. This bike, dubbed the “Mika Racer” is based on a stock Ducati 1098 superbike, for those not familiar with modern Ducatis, the 1098 is a fully faired production race bike producing 160hp and weighing 173 kgs, it has the highest power to weight ratio of any production motorcycle, ever.

Radical Ducati decided that this wasn’t quite good enough, and so they made it lighter, more powerful and faster. 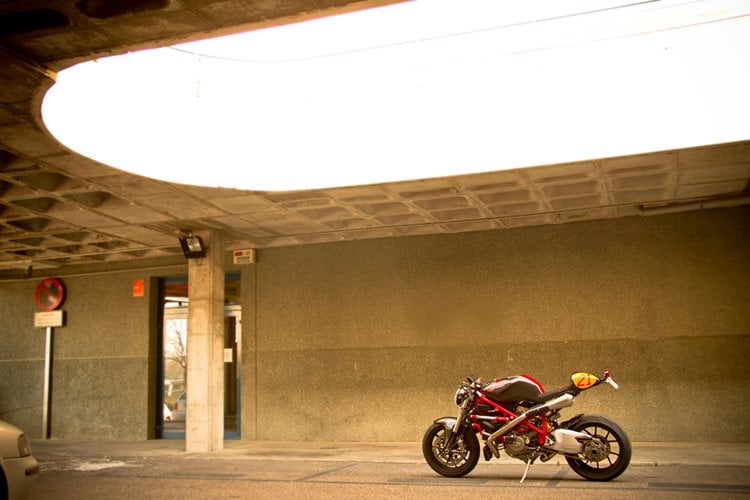 They started by removing all fairings, adding a custom aluminium rear subframe, carbon fibre guards over both wheels, a RAD 02 Montjuich carbon fibre seat, a RAD 02 Carbon fibre fuel tank, a Wolfman exhaust system and a V-Rod headlight. They repositioned all of the electrical wiring, the ECU and the regulator, then set about adding their usual list of minor custom options.

The finished bike looks a little like a Ducati Monster from the year 2021.

Apparently it’s noticeably quicker than the original 1098 and in my view, looks like a totally different animal. If you have time, check out some of the other Rad Ducati customs here – Pursang – Café Veloce – 9½. 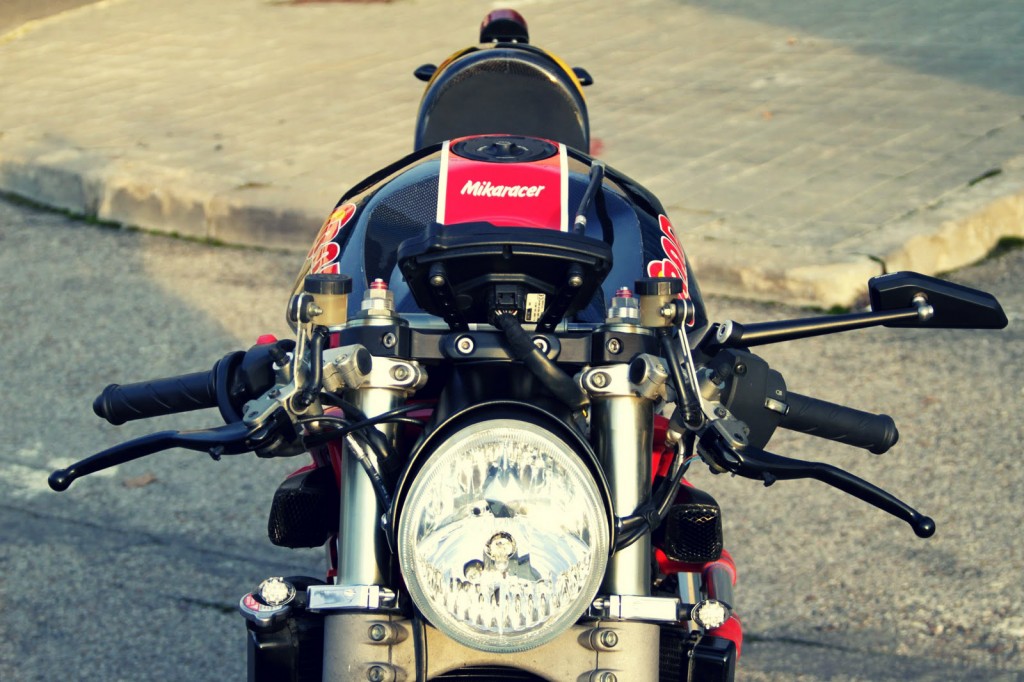 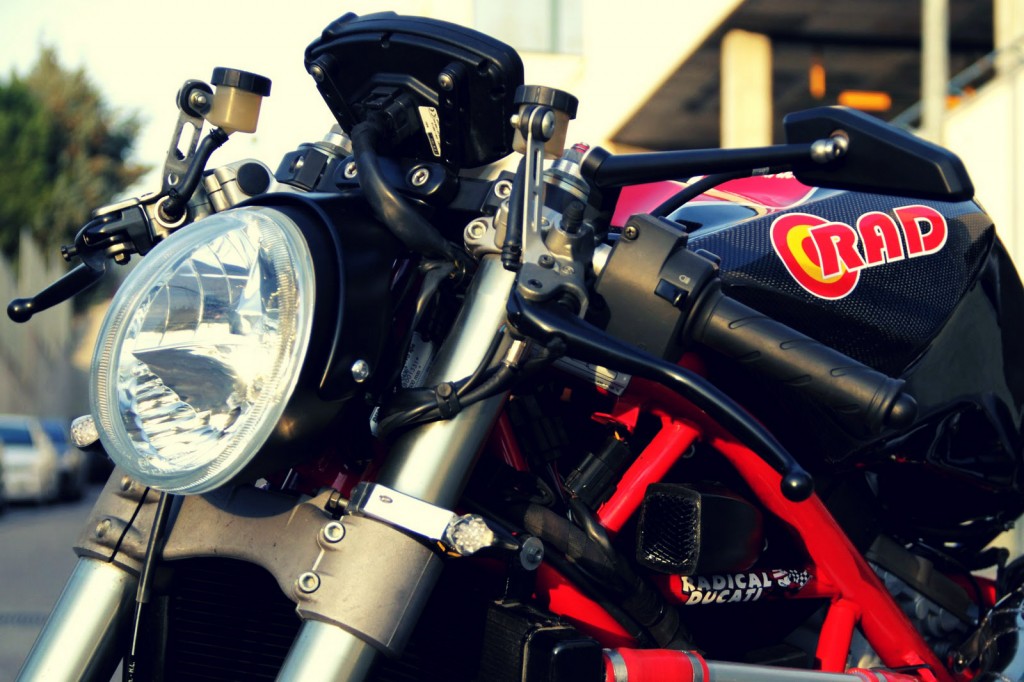 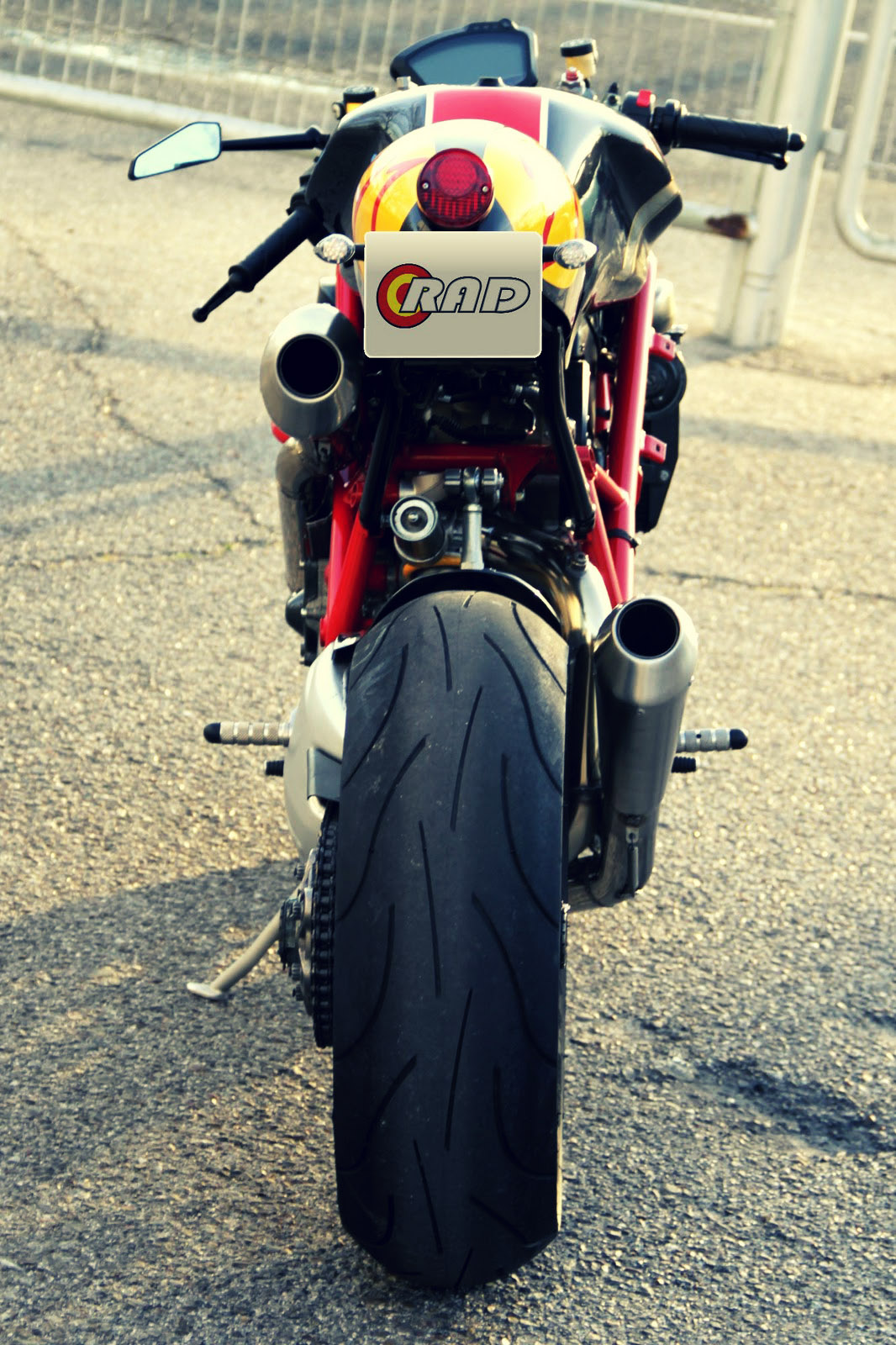 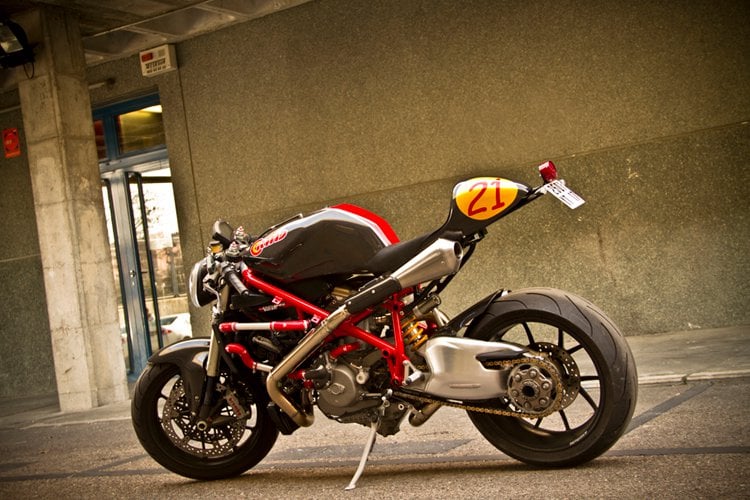 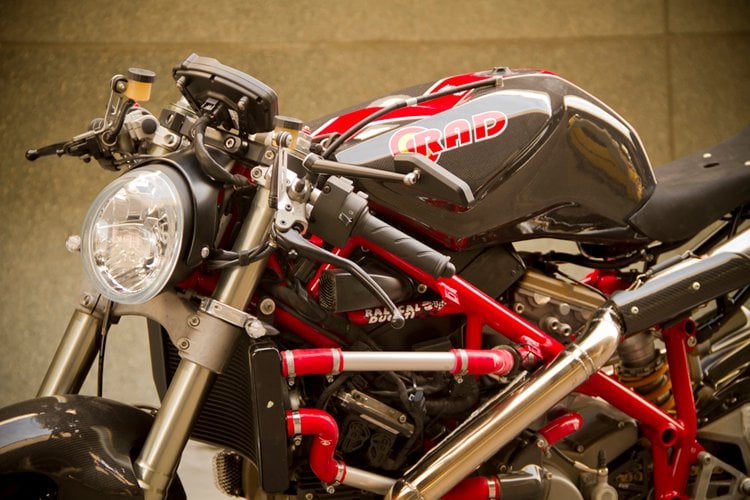 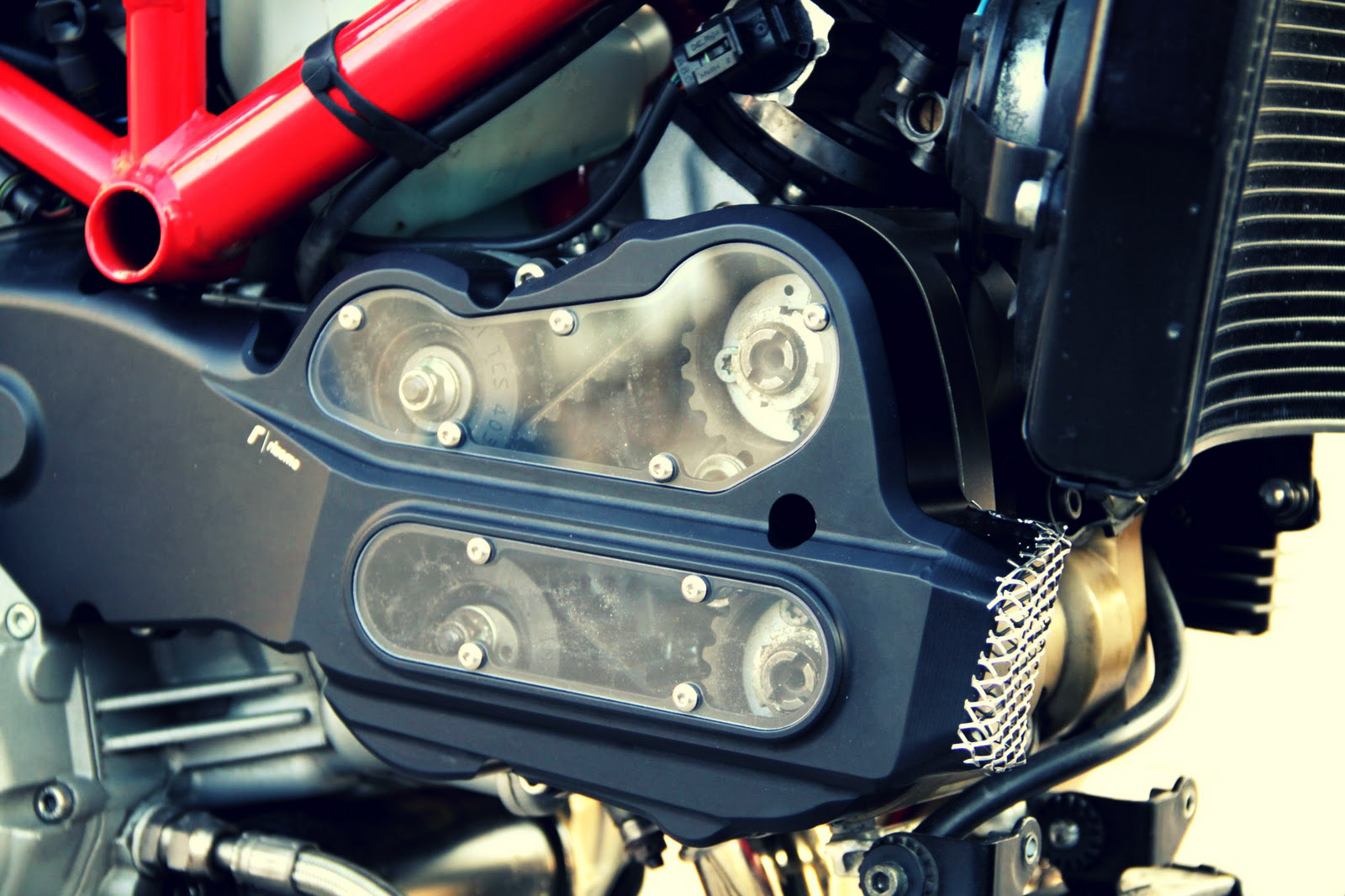 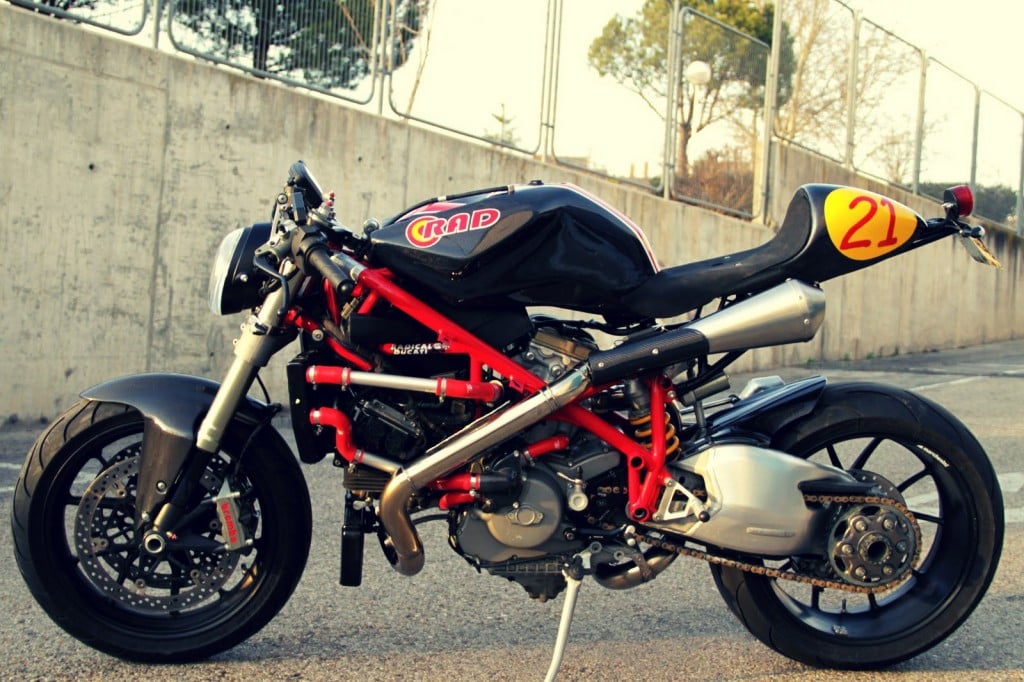 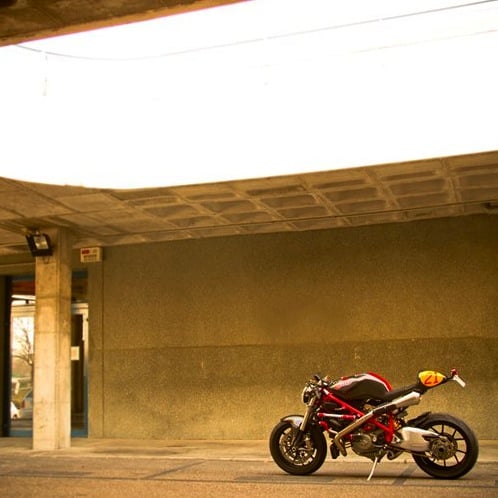