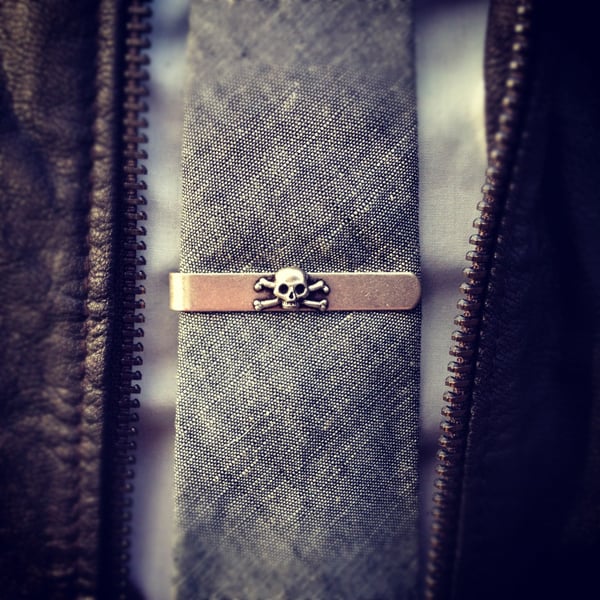 It isn’t often that I find myself in a tie or any form of clothing that has cuffs requiring links, that said, I’d be a damn sight more likely to get dressed up if I had this set of retro, pirate-tastic cuff links and tie bar handy.

Designed by Ralph Lauren, the set costs $89 USD and is available from their Rugby Collection here. 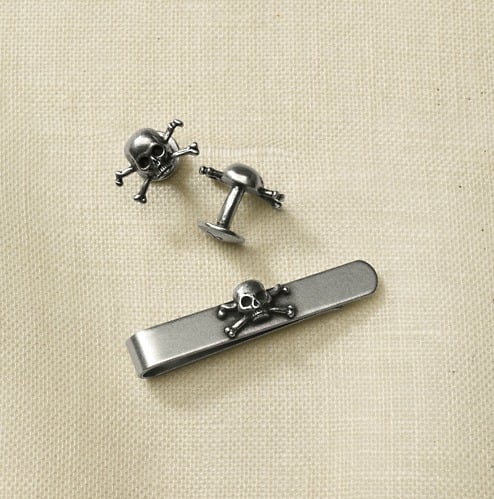