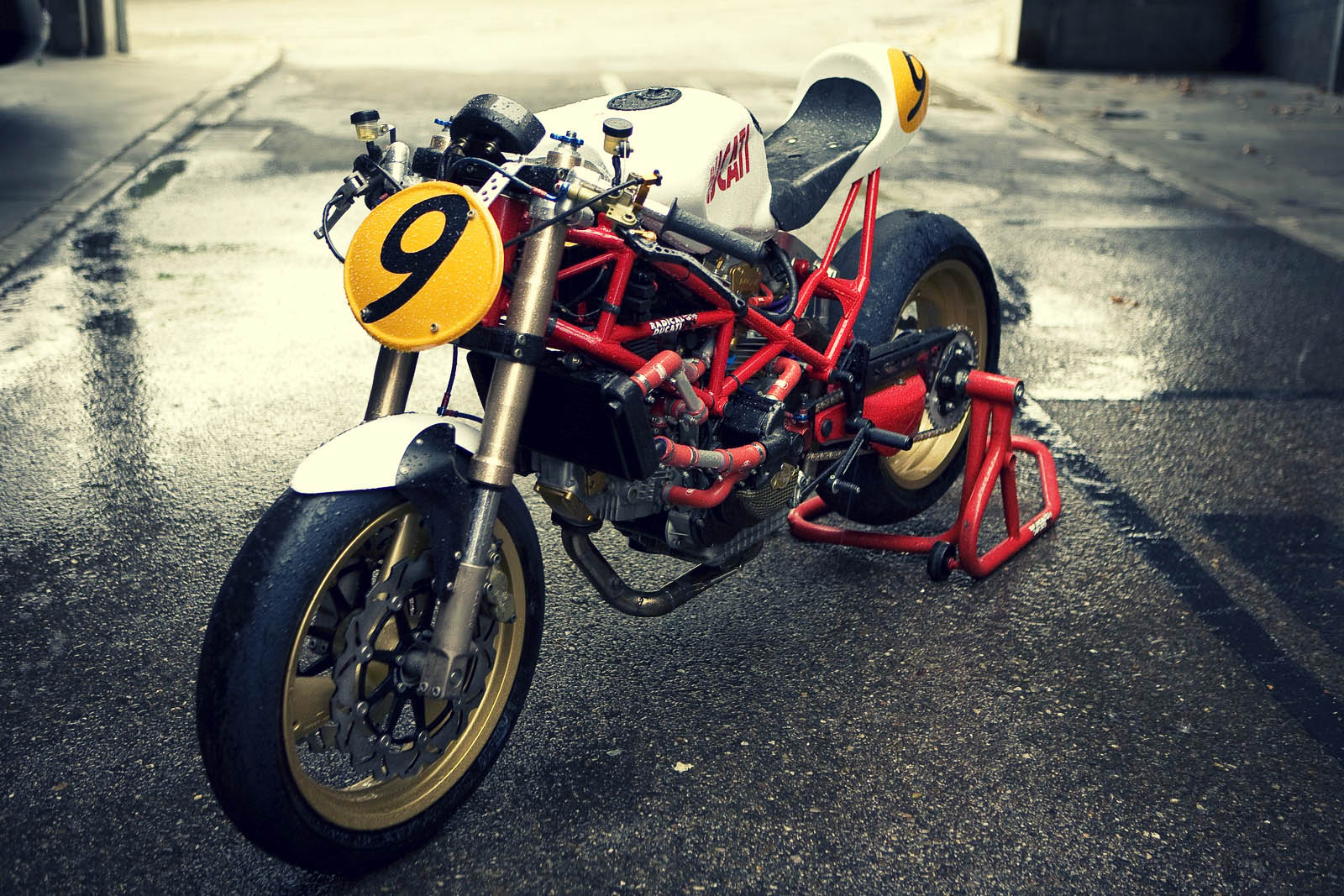 Spanish Ducati specialists Radical Ducati have produced a slew of technologically advanced, drop dead gorgeous bikes since they opened up shop in 2001. This model, the 9½, is currently listed for sale by the garage, it also happens to be our favourite example of their engineering prowess.

The design of the 9½ is modelled on the track-racing Ducatis from the ’70s and the monocilindrica 450cc, the overwhelming majority of the stock parts from the base motorcycle (a ’97 Ducati Monster) have been replaced with high-grade, high-performance racing parts and the addition of a number 9 racing plate and killer red and white paint-job really set the custom apart.

I’m a big fan of that red, stencilled Ducati logo on the tank but a a little unsure about the lack of any padding on the seat. I have a feeling that that would get painful fairly quickly. 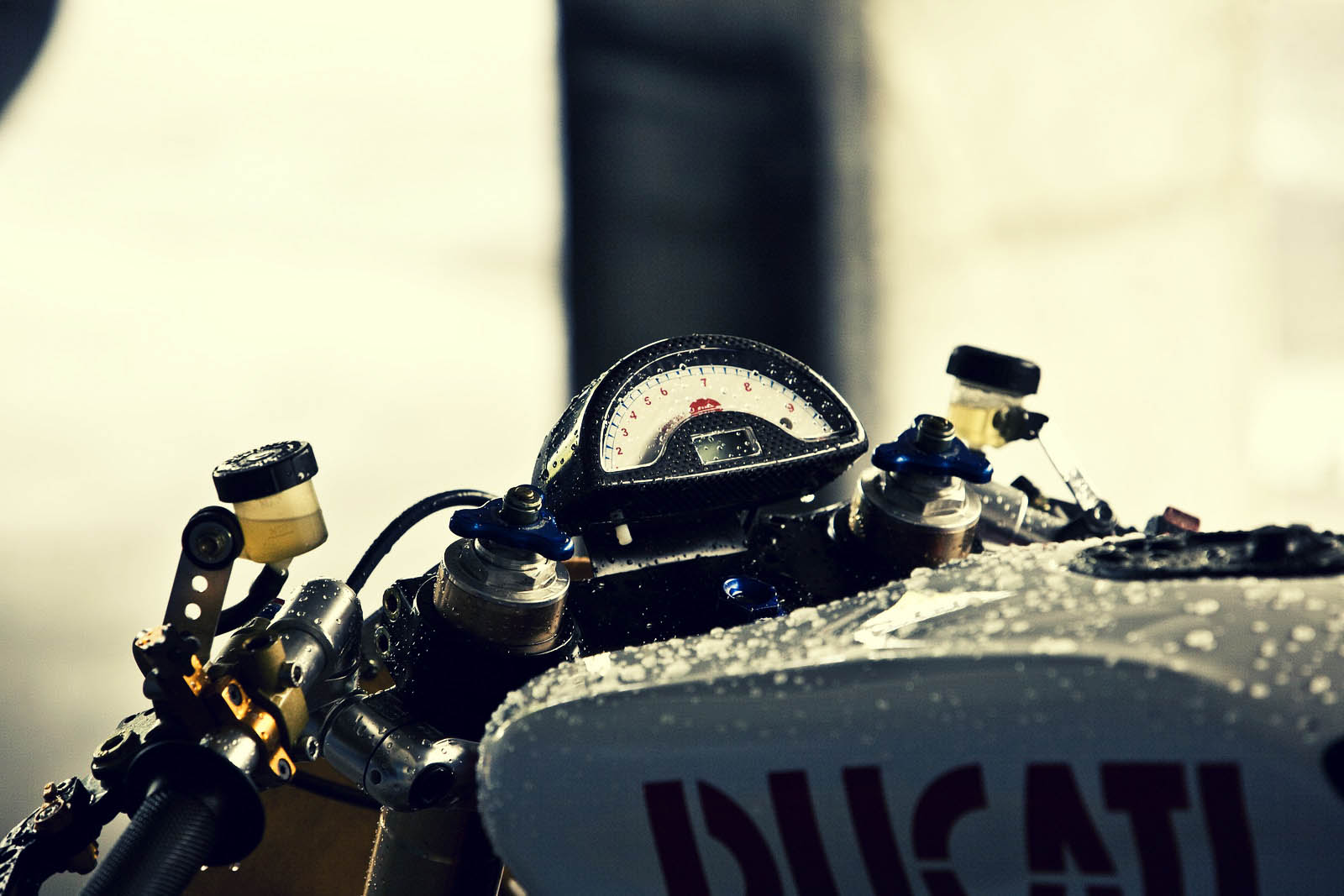 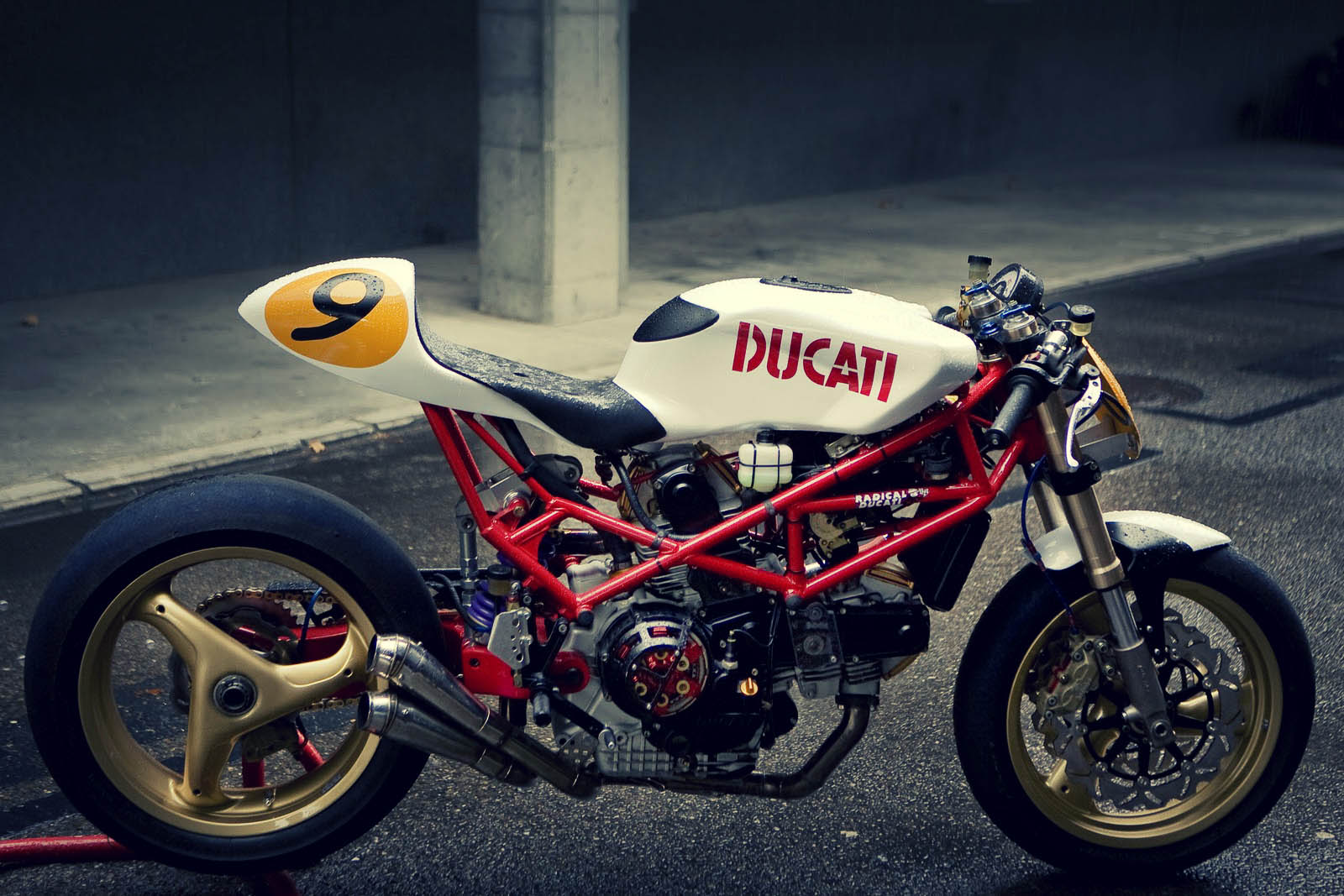 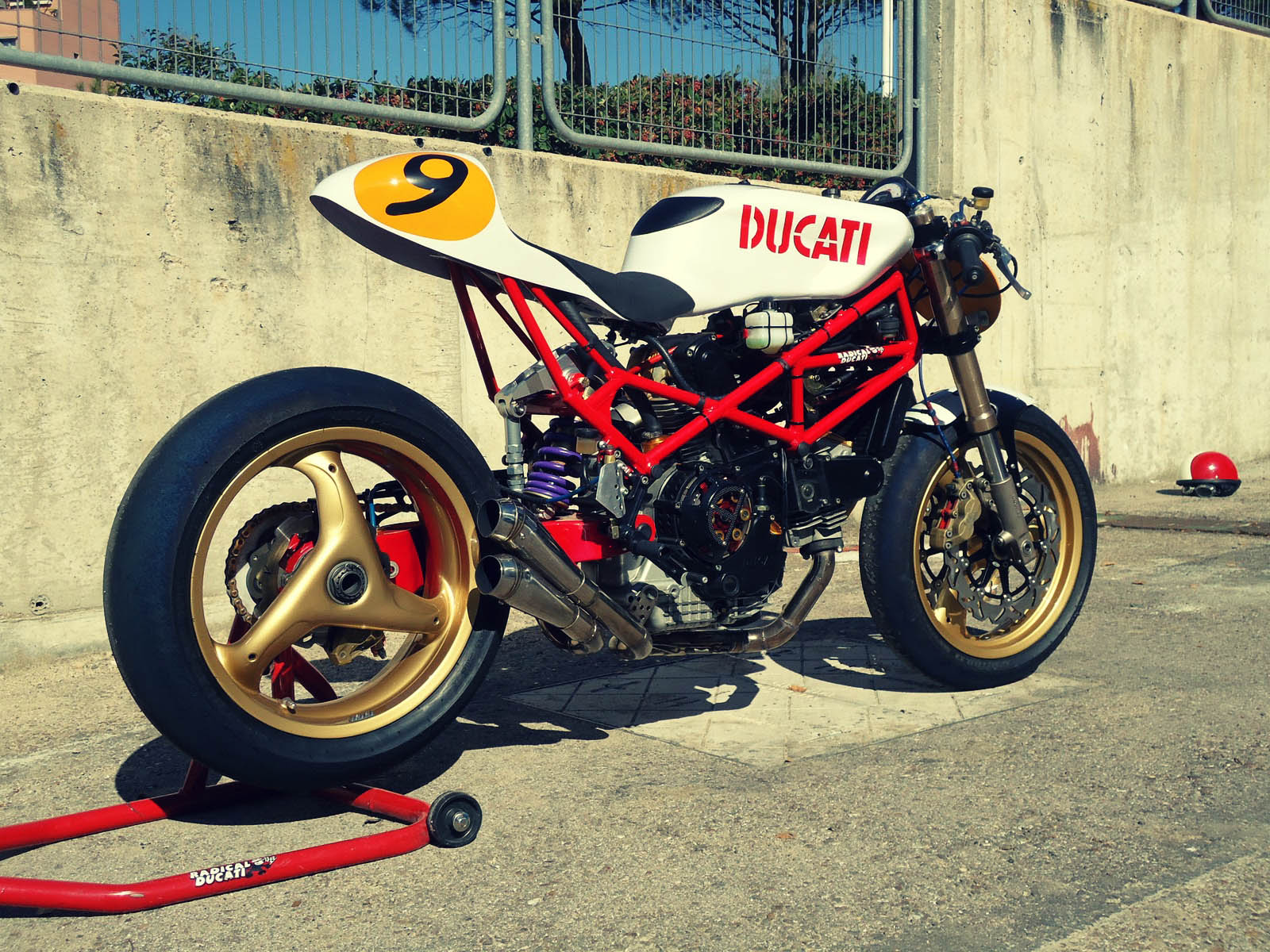 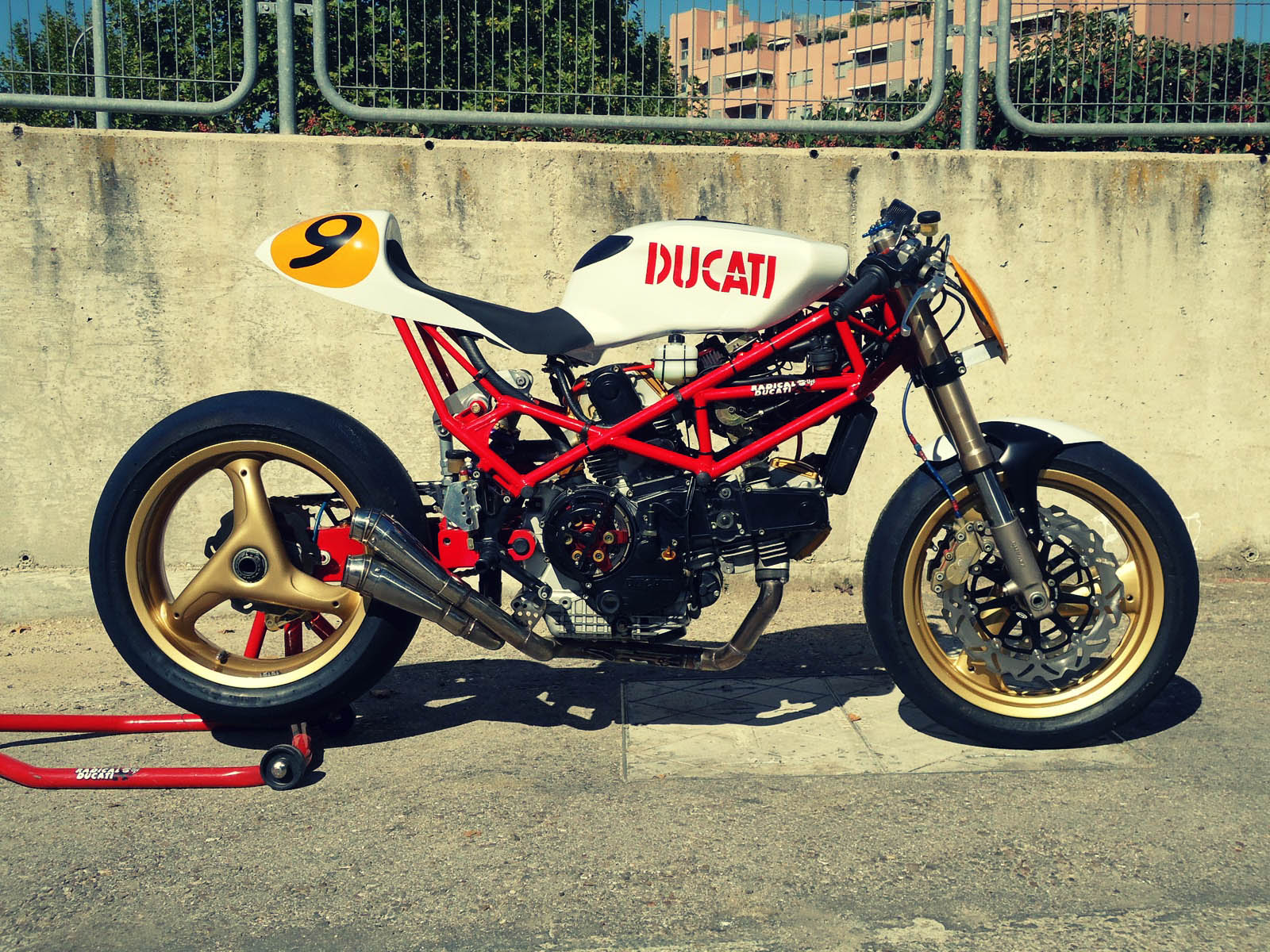 Read more about the bike here at Radical Ducati. 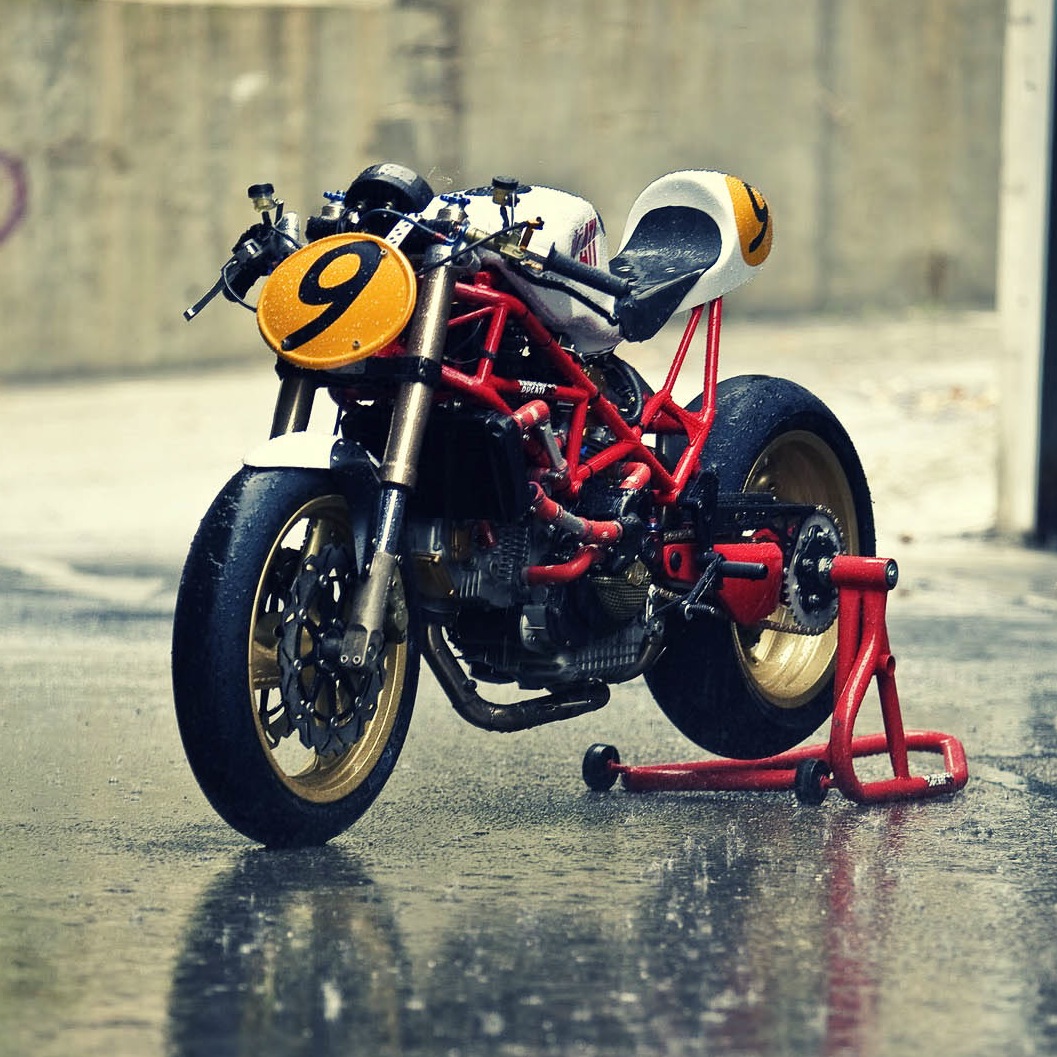