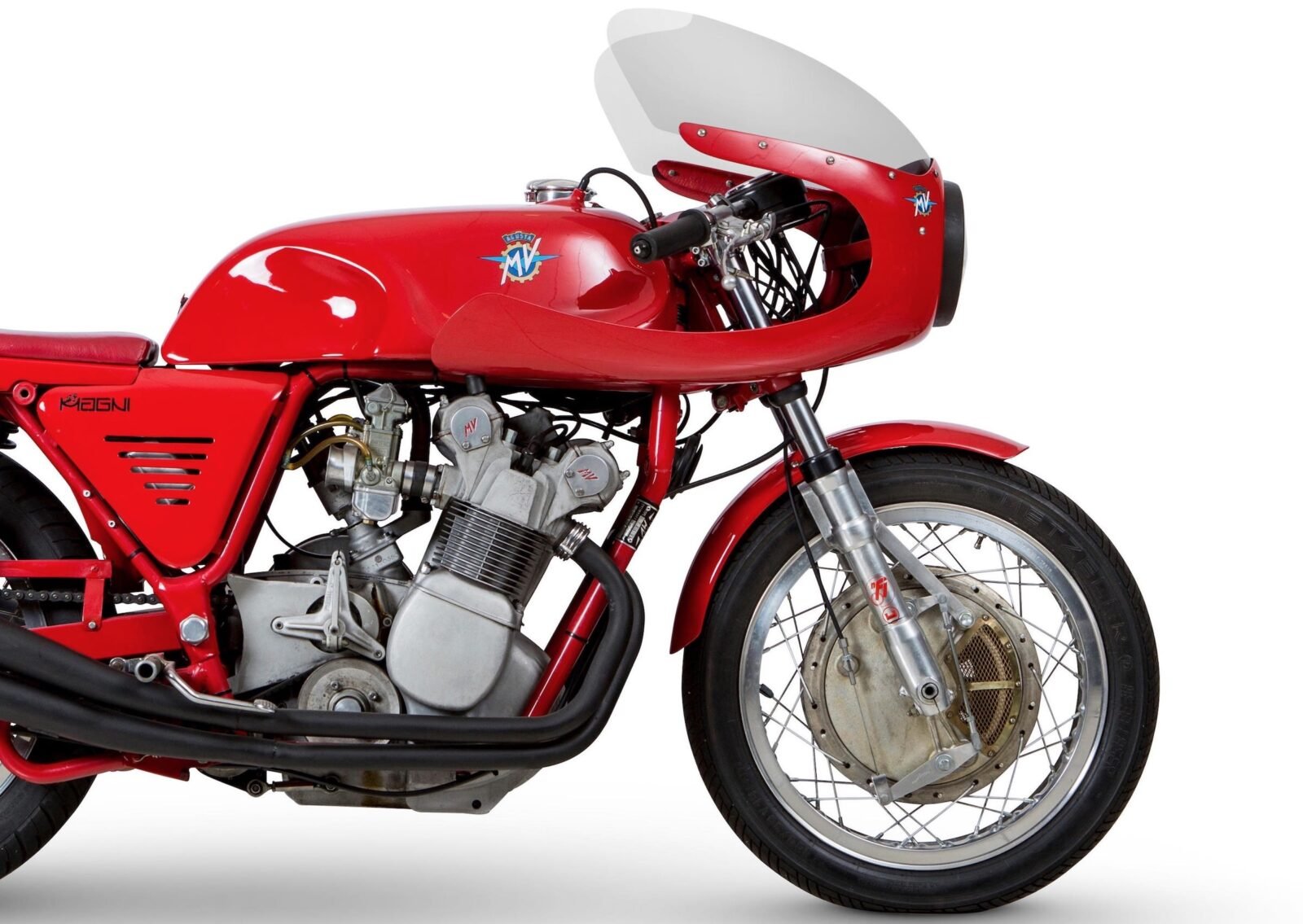 This MV Agusta 861 Magni is the work of Arturo Magni and his sons, Arturo was a legendary Italian engineer who joined MV Agusta in the early 1950s after a stint with Gilera. Any student of motorcycle racing history will immediately recognize the importance of seeing the Magni name on the side of an MV Agusta – these motorcycles are unadulterated two-wheeled Italian royalty.

With Arturo heading the R&D, engineering, and race team, MV Agusta would utterly dominate motorcycle racing up and down the classes, taking 270 Grand Prix victories and 75 World Championships between the beginning of his tenure in the early ’50s to the time the racing department at MV Agusta shutdown in 1976.

After MV Agusta’s step back from racing, Arturo and his two sons Carlo and Giovanni set up their own bespoke motorcycle company named EPM, later known more simply as Magni. Initially the company would work only with MV Agusta motorcycles for obvious reasons, but over the years they branched out and built high-performance Hondas, BMWs, and Moto Guzzis. 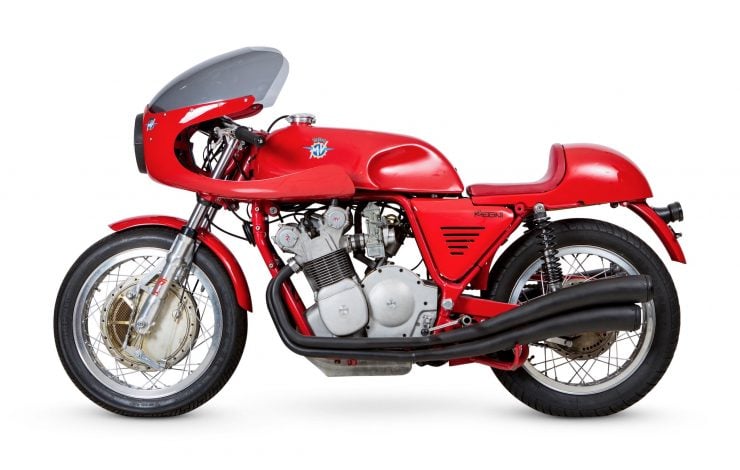 One could argue that the MV Agusta 861 Magni, often just referred to as the 861 Magni, is the ultimate example of a Magni bike, with the obvious exception of the track-only race bikes of the 1950s and ’60s.

These bikes often started with a stock MV Agusta 750S, which was then disassembled before being rebuilt with a new Magni frame that had been designed with the benefit of the Magni family’s long racing heritage.

The inline-four cylinder engine was rebuilt with new high-compression pistons, swept capacity was increased from 750cc to 861cc and fitted with a pair of street cams, four Dellorto carburetors were bolted on as well as a chain-drive conversion, front and rear suspension was replaced with higher performance units, the original exhaust was swapped out for Conti pipes, and a new fairing, fuel tank, and seat were fitted too.

Not all of Magni MV Agustas received all of these upgrades, and the exact specification list changed over the years, as enthusiasts were sending in their 750 MV Agustas to Magni for 20-plus years. 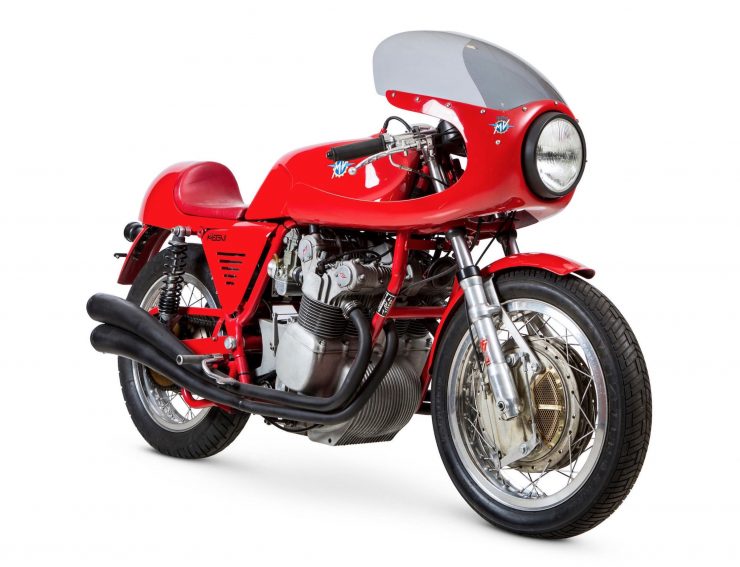 The Magni you see here is once of the nicest examples of this rare motorcycle we’ve seen come up for public sale in some time.

This was one of the earlier Magni-modified MV Agustas, likely recieving its rebuild back in 1977, the same year that Magni first went into business as EPM. The front and rear drum brakes and earlier-style bodywork are immediate cause as to its vintage, as later Magni MV Agustas generally received disc brakes and differently styled fairings, seats, and fuel tanks.

It was first road-registered in Germany on the 21st of January 1978 and it’s now accompanied by German registration papers and a TüV (dated 4th July 2012).

Bonhams are estimating a hammer price of between £60,000 and £80,000 which represents a handsome appreciation in value for those who picked one up decades ago when they could be had for notably less money. That said, any red-blooded motorcyclist who’s heard one of these bikes being ridden in anger would happily sell their house to own one.

If you’d like to read more about this bike or register to bid you can click here to visit the listing on Bonhams. 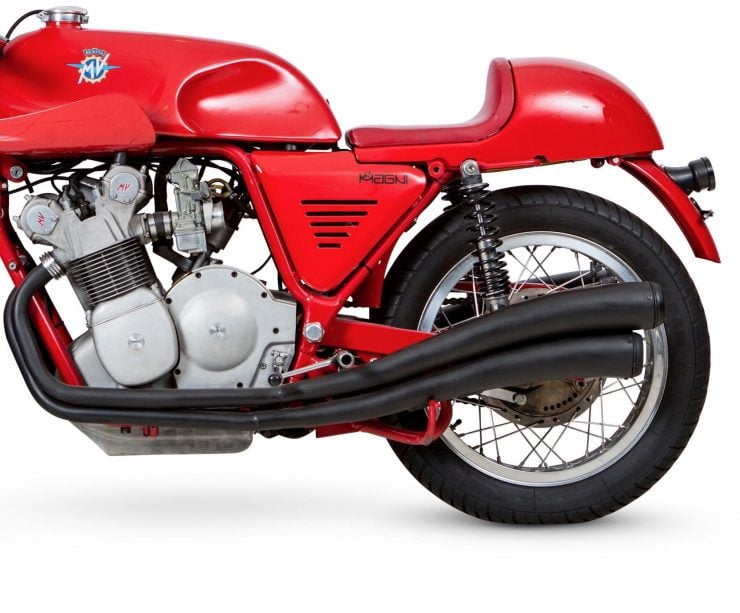 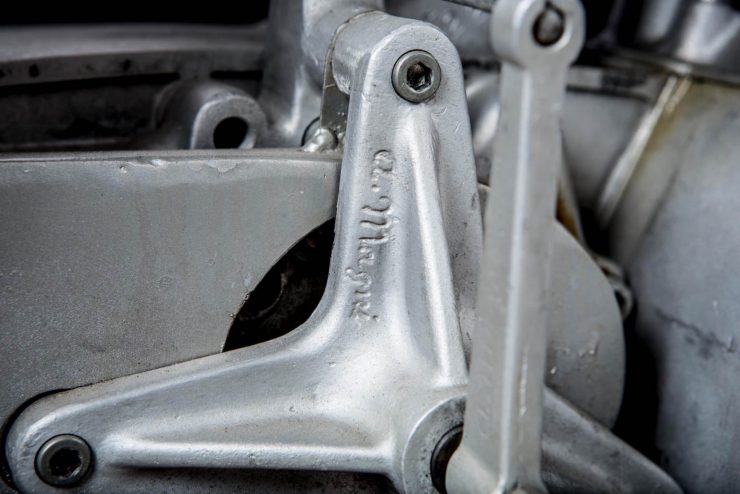 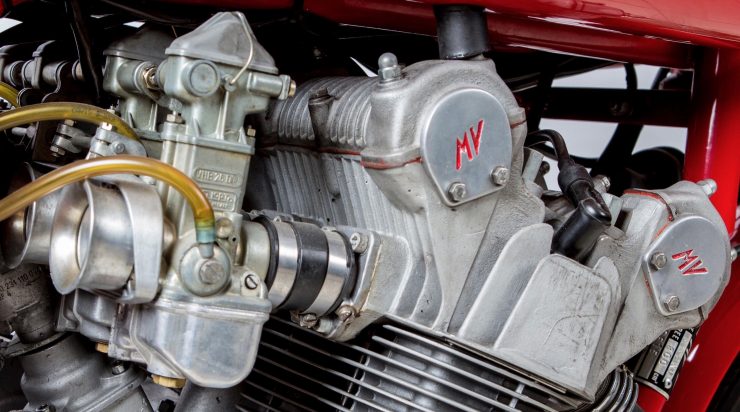 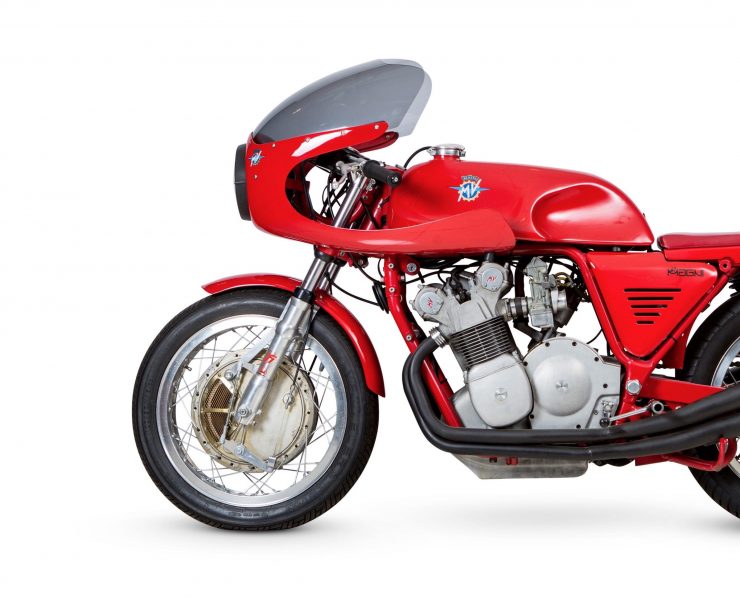 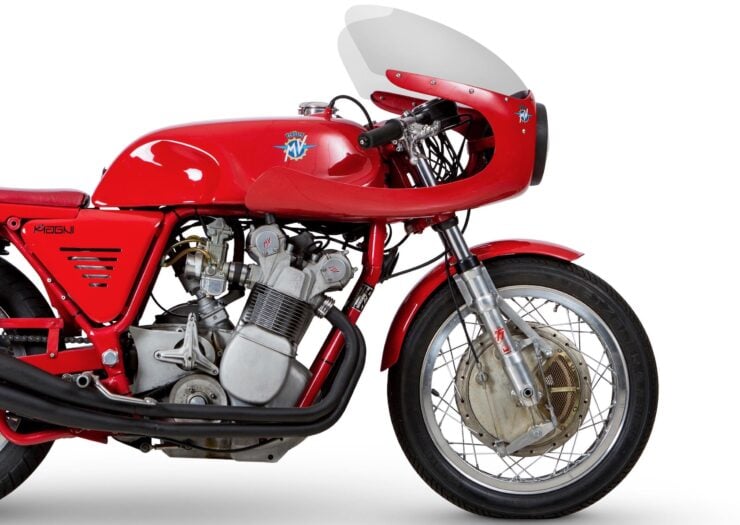 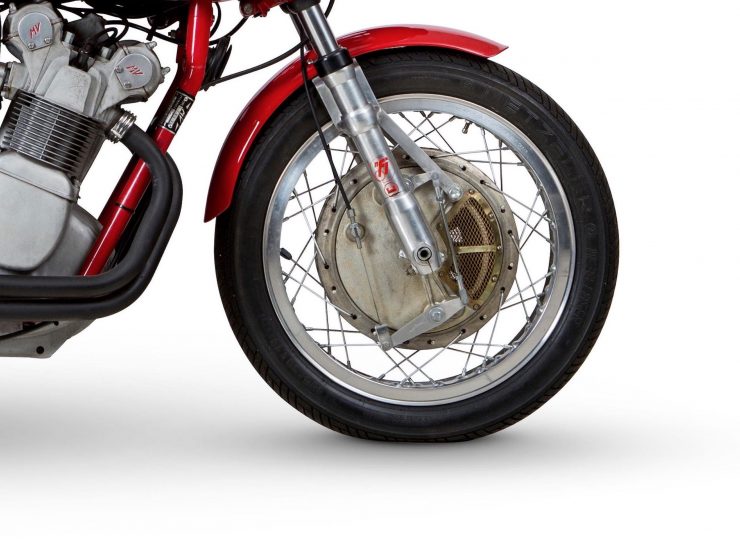 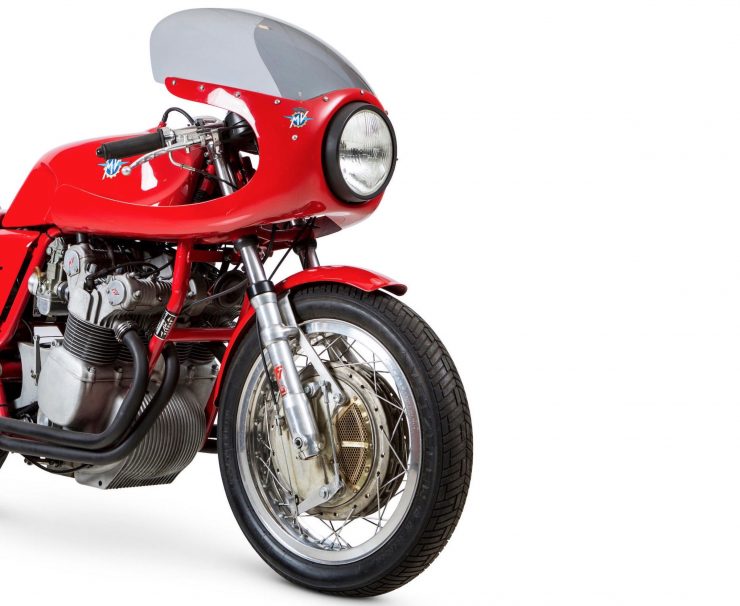 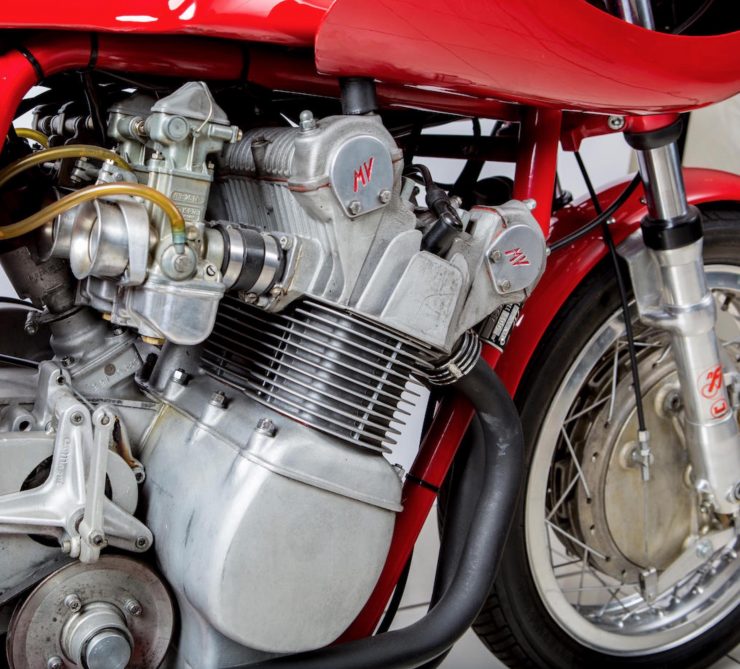 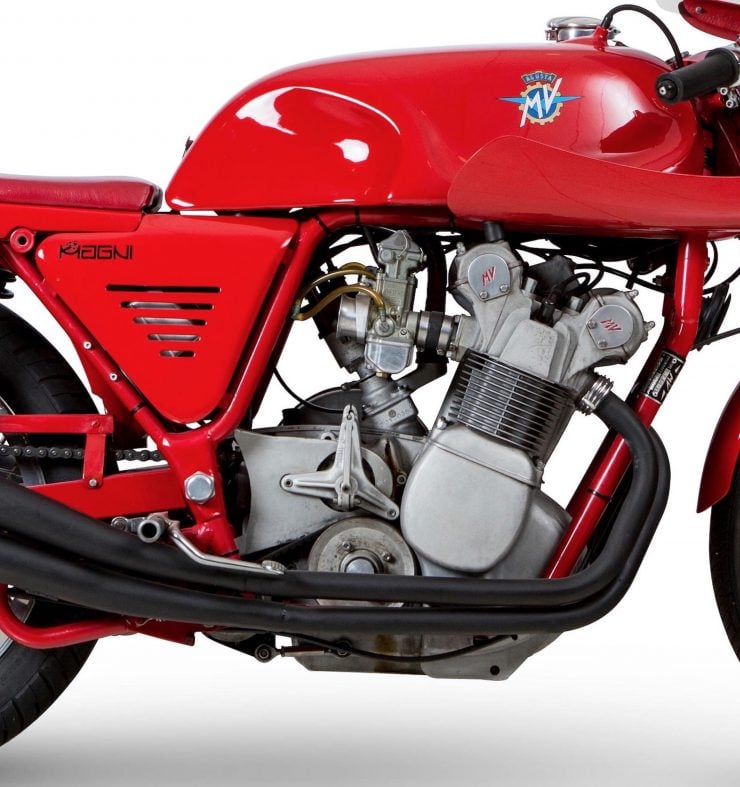 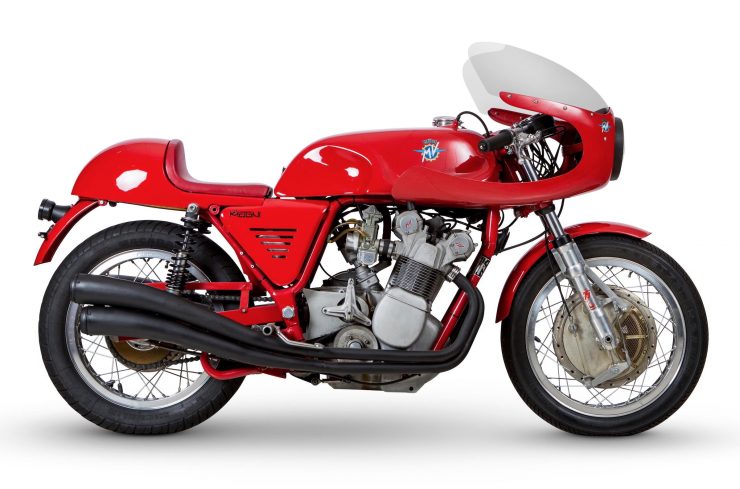 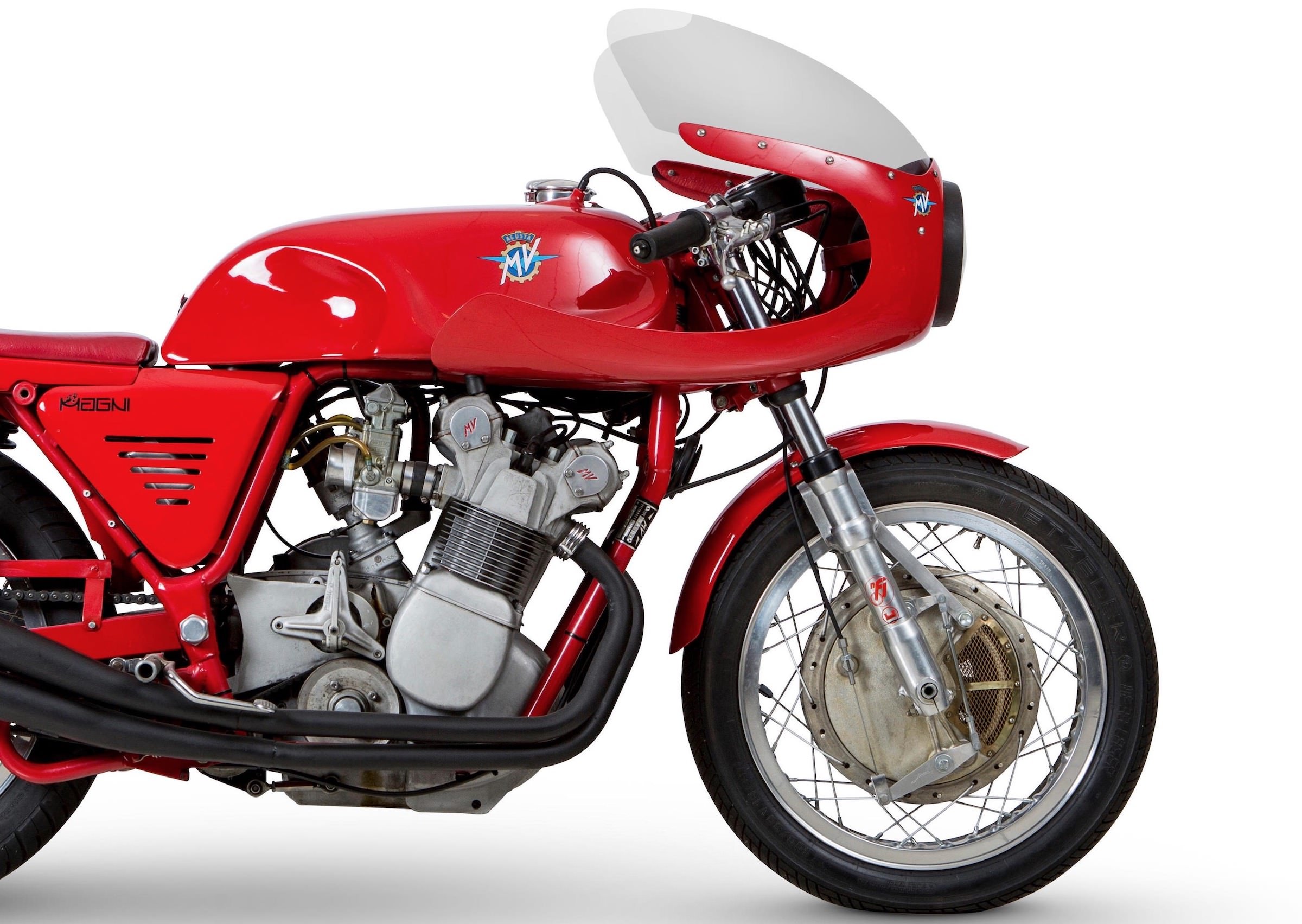