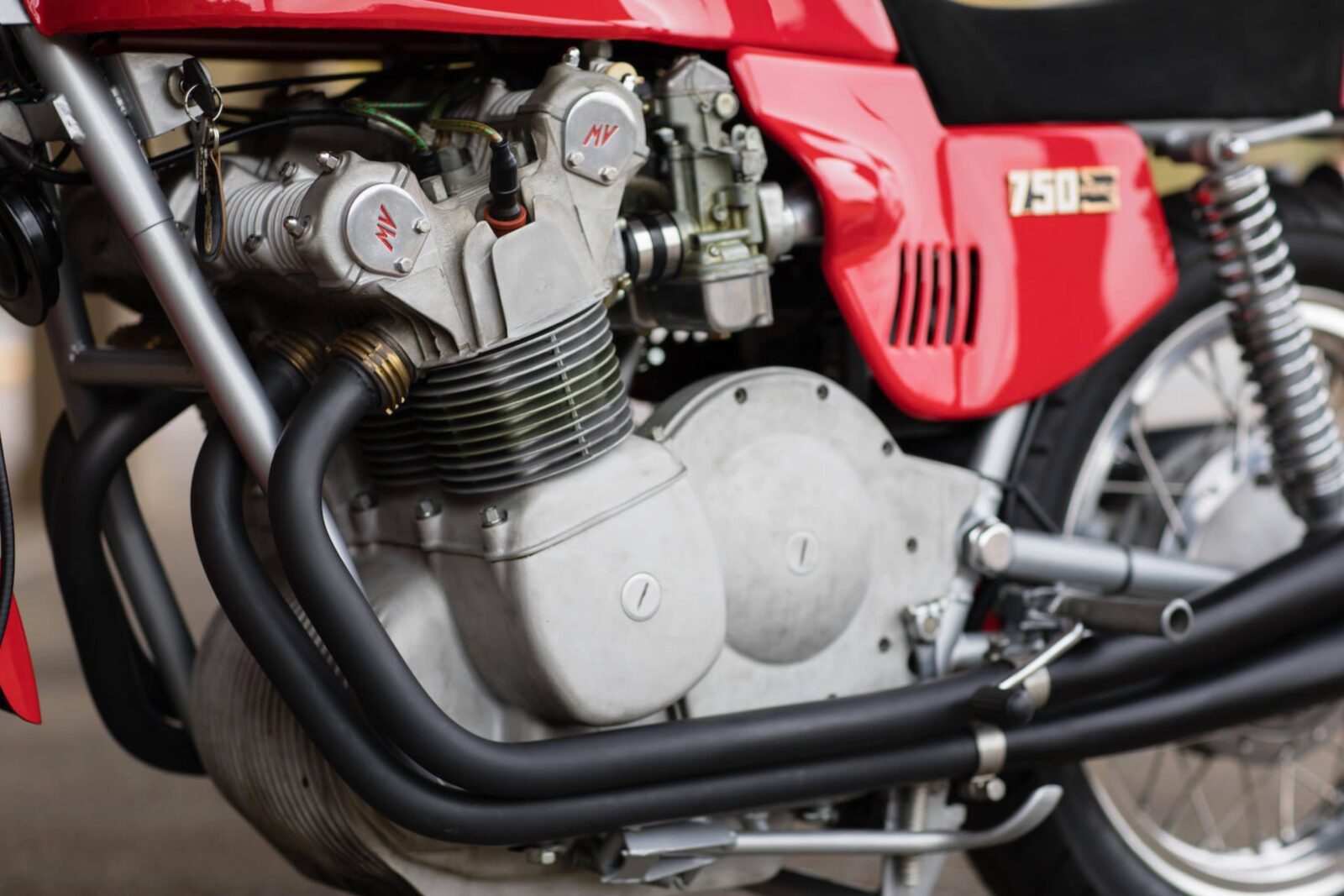 The MV Agusta 750S America is a motorcycle that was built to fulfill a request from Chris Garville and Jim Cotherman of Commerce Overseas Corporation – the primary US importer of MV Augusta motorcycles in the 1970s.

Garville and Cotherman believed there was a gap in the market for an expensive and highly capable sports motorcycle. Turns out they were wrong. But sometimes it’s good to be wrong, because we get cars like the BMW 507 Roadster, the DeLorean DMC-12 and motorcycles like the MV Agusta 750S America.

With a displacement of 789cc, the double overhead cam inline-4 is capable of 75 bhp and had a red line of 8500 RPM – largely thanks to the hard-earned Grand Prix experience that had been rolled into the engine’s development.

The first iteration of the distinctive motor was first seen all the way back in the early 1950s as a 500cc Grand Prix engine used by the Italian marque for racing, but it wouldn’t see production until 1966 in what is now considered by many to be the ugliest Italian motorcycle of all time – the MV Agusta 600.

The DOHC, transversely oriented, inline-4 was decades ahead of its time, and it’s quite likely that a number of the original engines ended up disassembled in various Japanese motorcycle manufacturer’s R&D departments in the 1960s and ’70s. 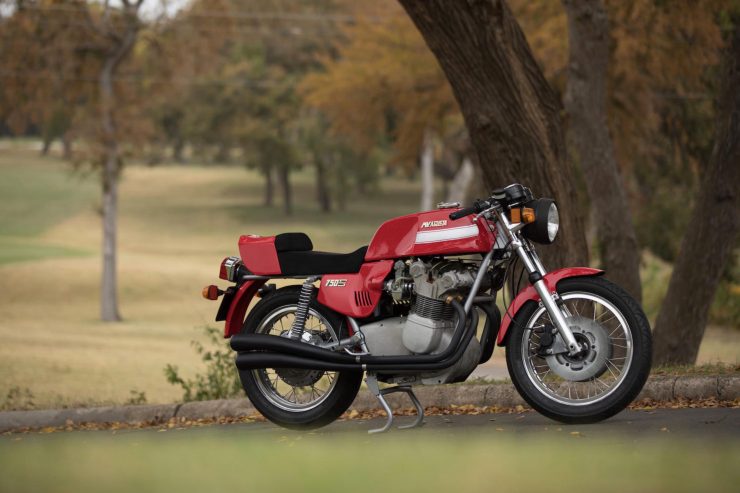 The performance figures for the 750S America were only surpassed by the two-stroke superbikes of the 1970s, and even then not by much more than a whisker.

A 13.06 second standing quarter-mile with a 105.14mph terminal speed was achieved by Cycle Magazine when they tested the bike in the mid-1970s, and the top speed was rated as 130.4 mph. These figures may sound relatively normal for us now in the 2010s but in the mid-70s they were more than enough to take on and defeat almost any other street legal factory bike.

The racing pedigree of the MV Agusta marque is often forgotten nowadays, but from 1952 to 1973 they won 37 world road-racing championships including 16 500cc titles in just 18 years – a record that still stands and doesn’t look like it’ll be broken any time soon.

The MV Agusta 750S America is a 1975 model from the first year of production, it’s wearing a distinctive red paint scheme with a white fuel tank stripe – which is arguably the best color combination for this model.

It’s showing just 5,188 miles on its Smiths odometer from new, and it’s still fitted with its original engine/frame from the factory. Upfront the original twin Brembo discs provide the stopping power, with a rear drum, and the distinctive four exhaust pipe set up sweeping away two to a side.

We only typically see one or two of these pop up for sale each year, and they seem to sell for slightly more each time, a possible sign that they make a solid investment as well as a fantastic addition to any garage.

If you’d like to see more about this bike or register to bid you can click here to view the listing on Bonhams. 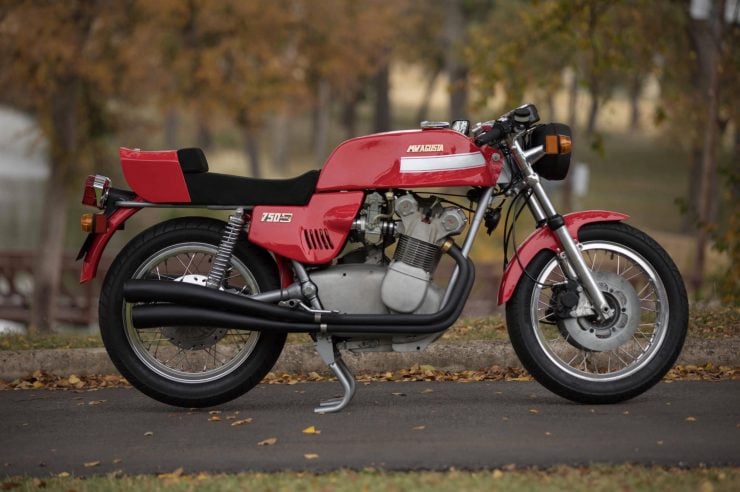 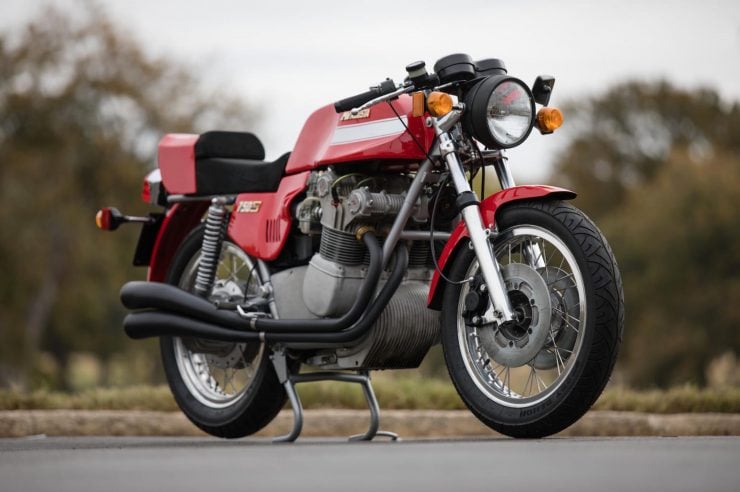 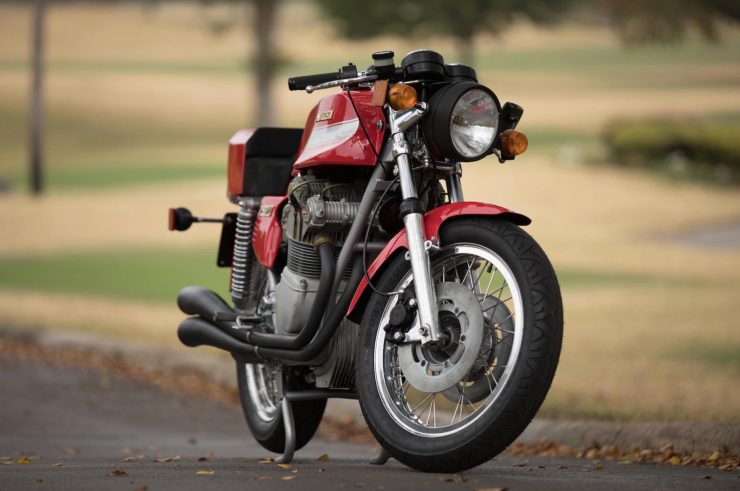 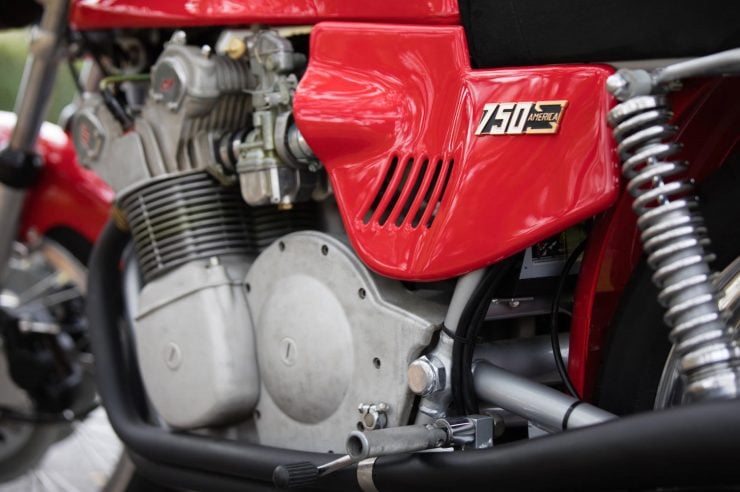 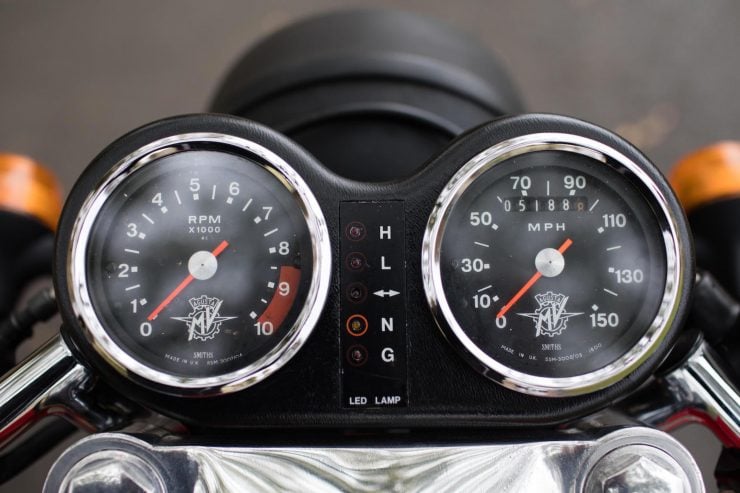 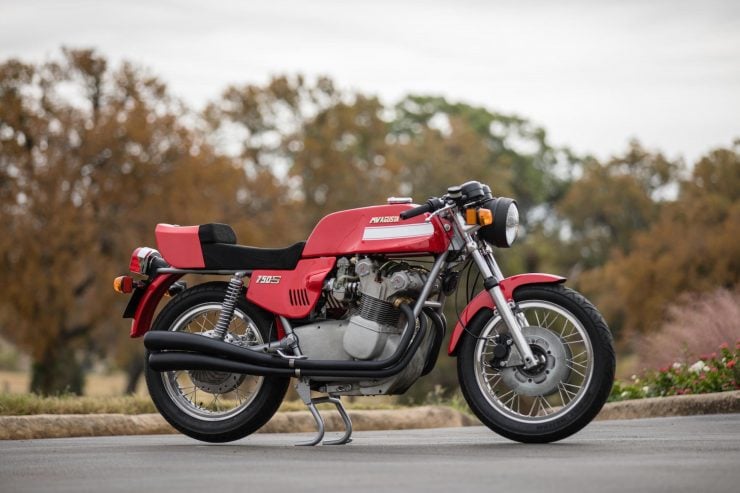 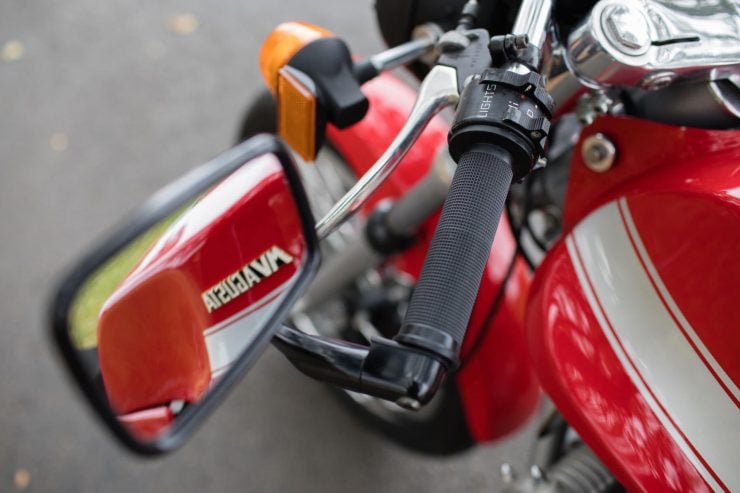 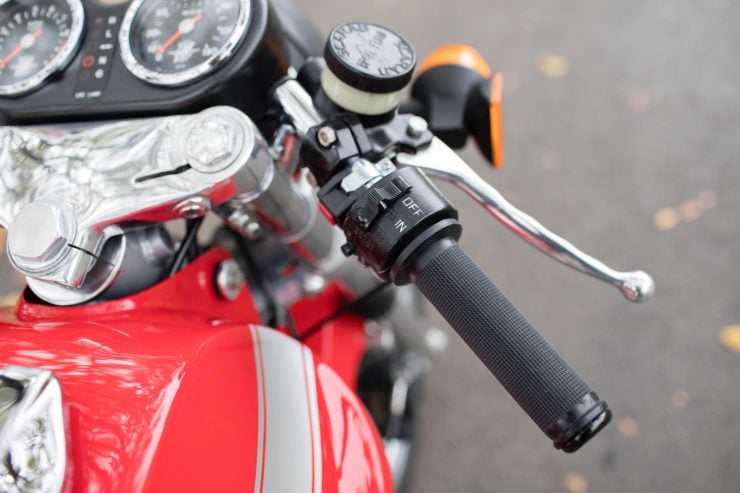 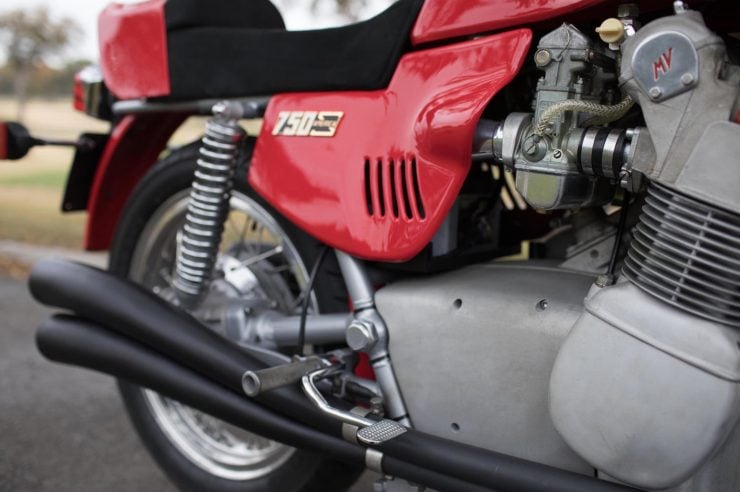 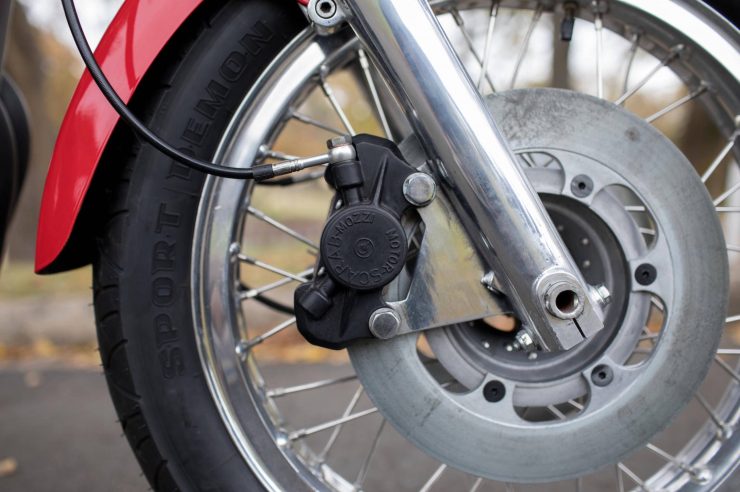 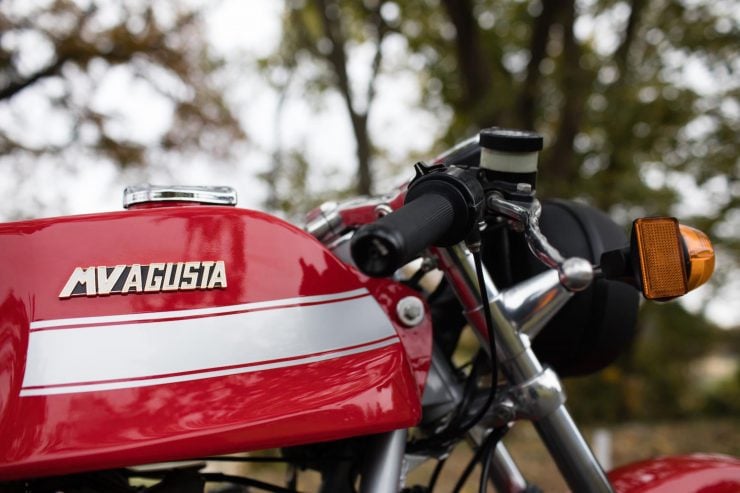 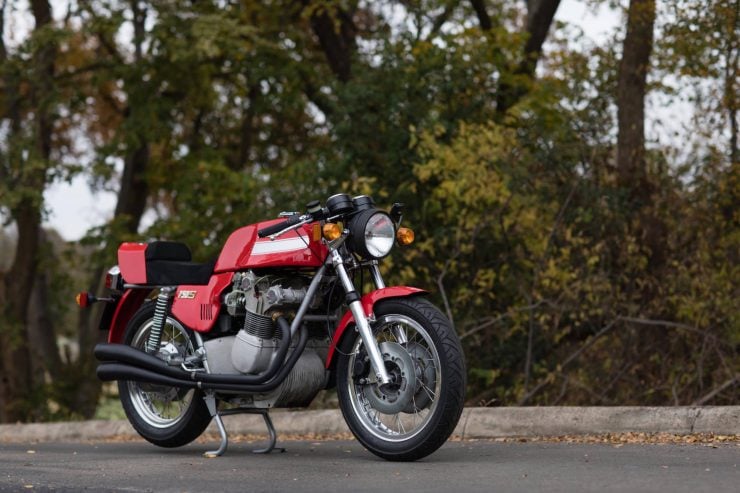 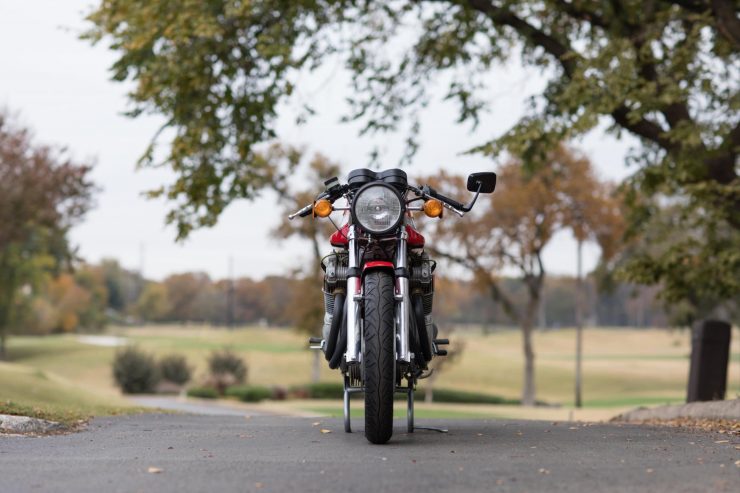 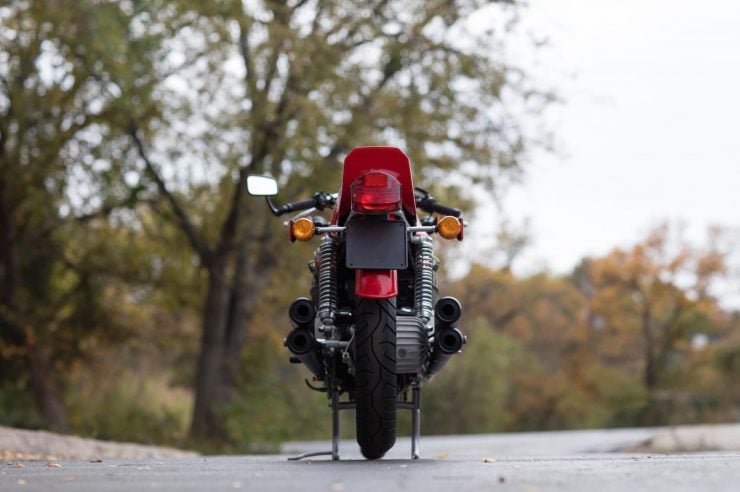 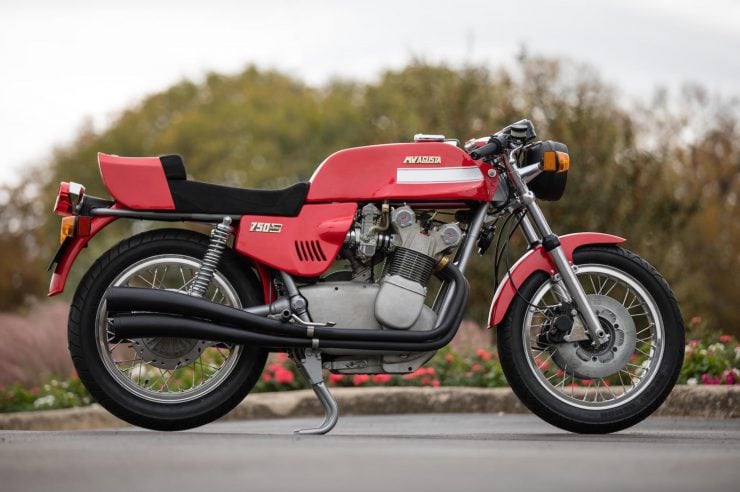 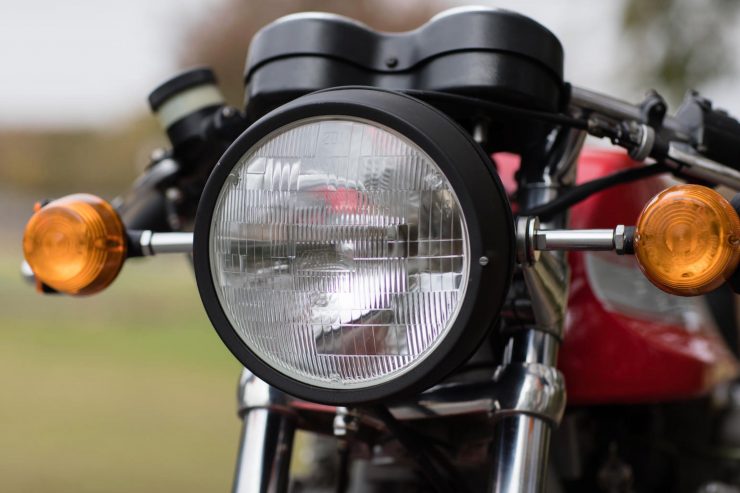 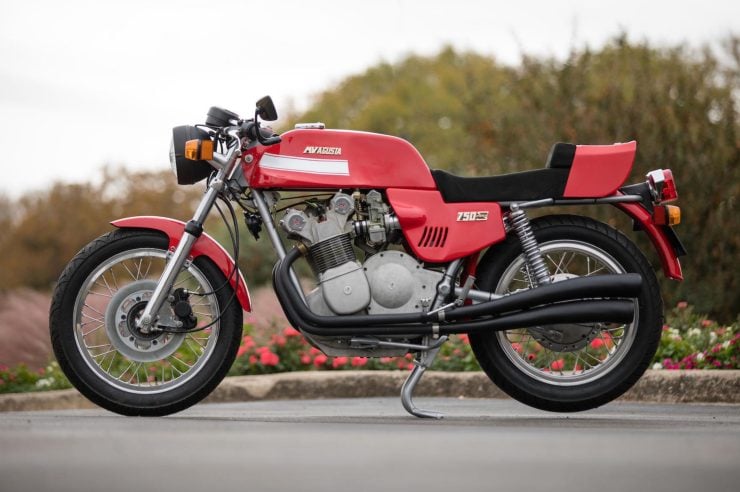 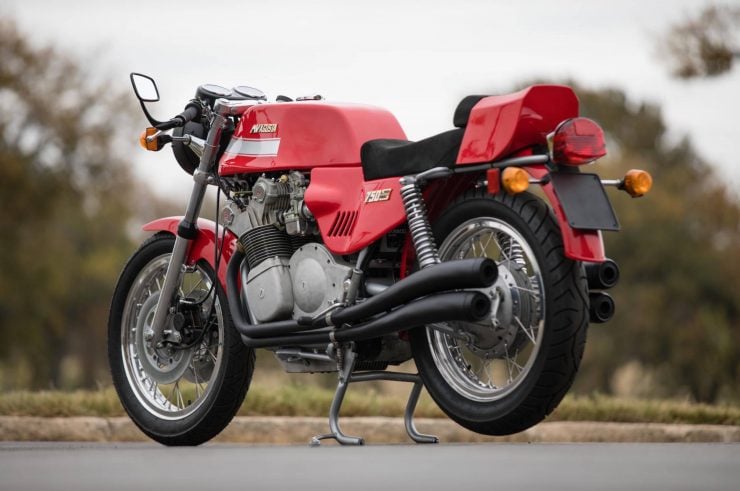 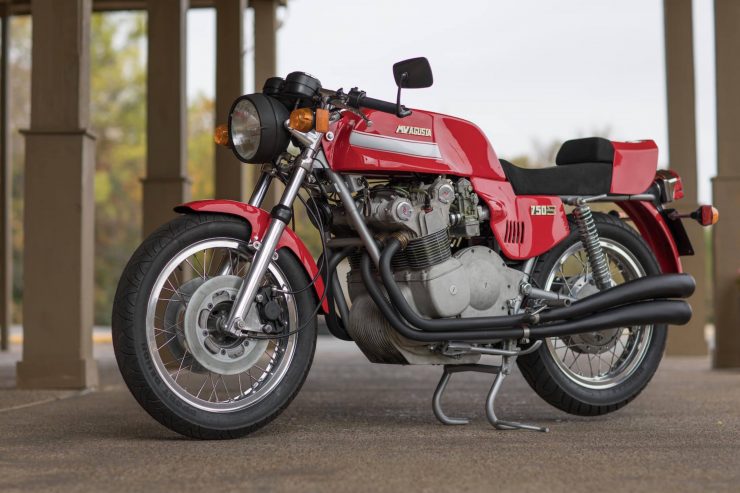 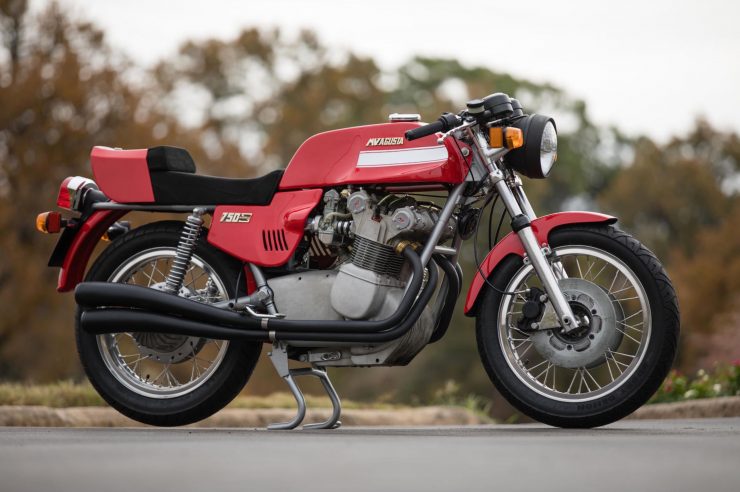 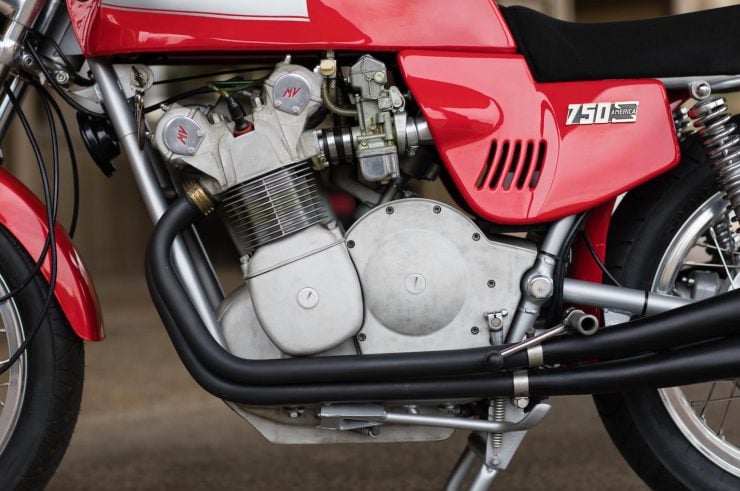 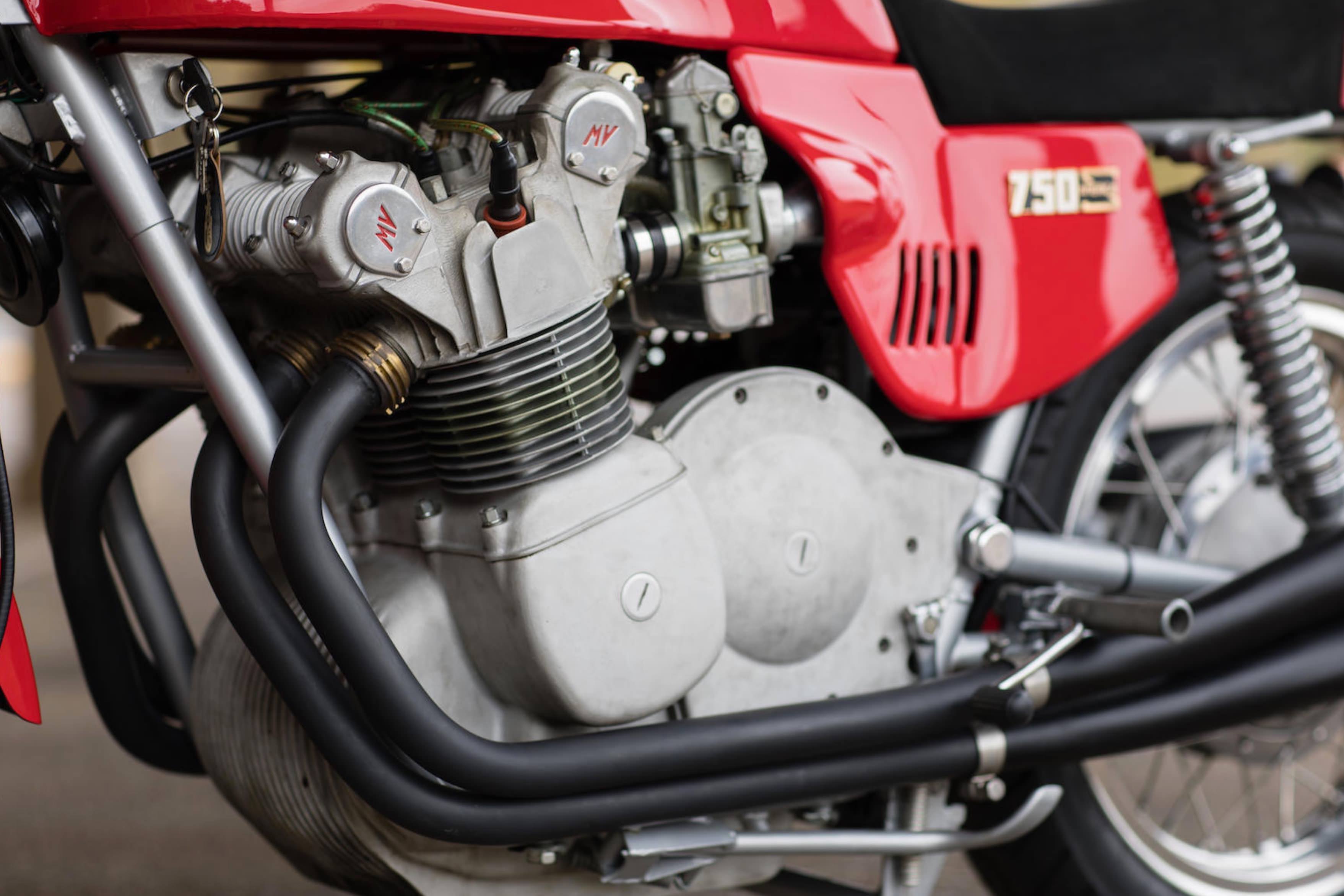