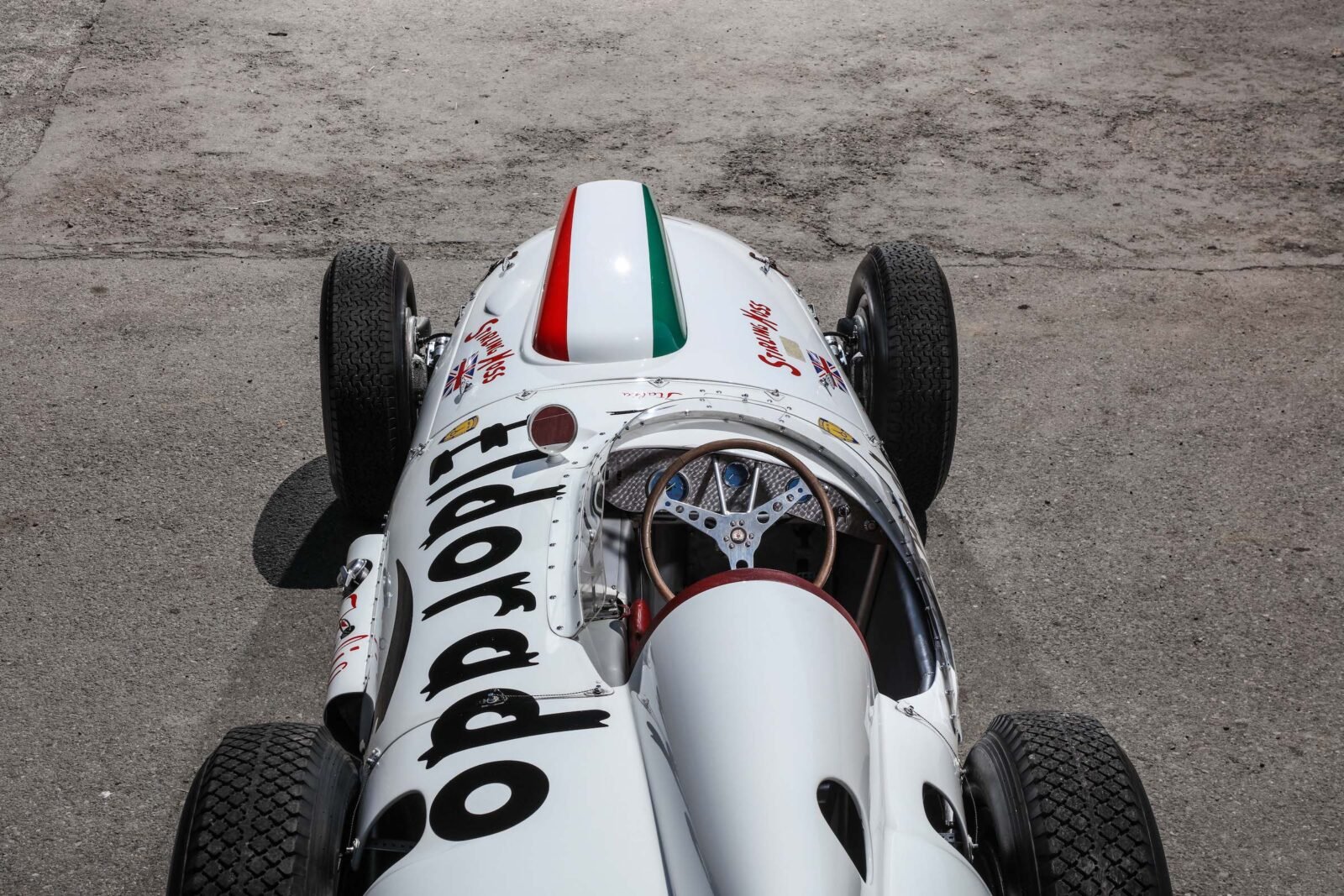 The Maserati Eldorado is one of the most consequential racing cars of its time, despite the fact it never won a race, lead a championship, or landed a podium.

There’s little doubt the car had the ability to achieve all three of these things given time and development work, after all Maserati had won the 1957 Formula 1 World Championship rather decisively, with their two drivers Juan Manuel Fangio and Stirling Moss finishing first and second respectively, far ahead of the rest of the field.

At the end of the 1957 season Maserati withdrew the factory team from motorsport for financial reasons and focussed on building both road cars and race cars for privateer teams in order to generate more revenue.

Once such privateer was Gino Zanetti, the owner of the Eldorado ice-cream company and a pioneering mind in the world of racing sponsorship. Zanetti would be the first major sponsor of a European racing team that wasn’t in an automobile-related industry. He wouldn’t just add a logo to a car, but would have the entire car livery painted in his company colors with the company name along the sides and front, with the young cowboy logo featured in multiple locations on the car.

Zanetti’s decision to sponsor a car for Eldorado was monumental, there had been significant doubts as to whether non-automobile industries would see any benefit from sponsoring racing. Eldorado was the first major European pioneer, leading the way for the many companies who would follow – including the likes of John Player, Benetton, Martini, Jaegermeister, Apple Computer, Marlboro, Renown, Canon, and Camel – now remembered as some of the most famous liveries of all time.

The car Maserati built for Zanetti was developed to compete in the “Trofeo dei due Mondi” (Race of Two Worlds) organized by the Automobile Club d’Italia at Monza, a 500 mile race so similar to the Indianapolis 500 that it was nicknamed the Monzanapolis. 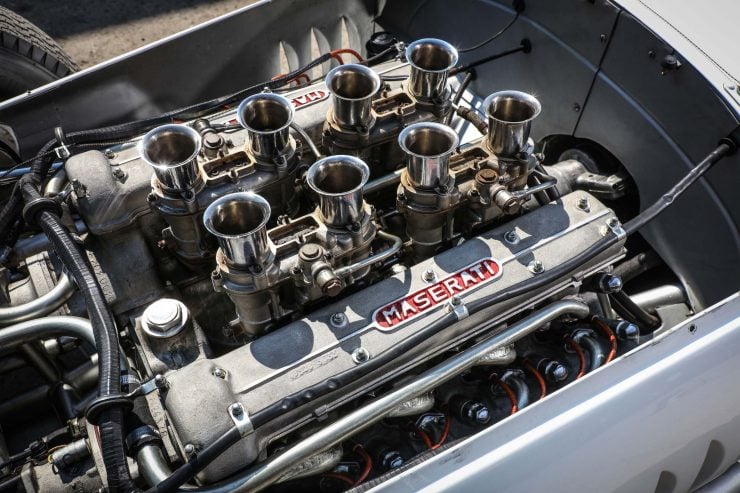 Under the vanilla-colored skin of the Maserati Eldorado lies a tubular steel chassis based closely on the Maserati 250F, though larger overall and reinforced at multiple points to withstand the rigors of high-speed, banked oval racing.

The V8 engine was sourced from the Maserati 450S with twin cams per bank, a 12:1 compression ratio, four Weber carburetors. The capacity was reduced to 4,190cc and in full race trim it’s capable of an impressive 410 hp at 8,000 rpm.

Power is sent back to the rear wheels via a two-speed transmission (low and high), and there are hydraulic drum brakes on all four corners, with Halibrand magnesium wheels, and Firestone 18-inch braided tread tires inflated with helium to shave off every possible gram of weight.

The aluminum bodywork was hand-crafted by Fantuzzi in Italy, its characterized by a fin behind the driver’s head, a long low nose, and a large off-set air intake to match the engine, which itself is offset by 90mm to give the car optimal weight distribution for banked oval racing.

The Maserati Eldorado (technically the Maserati Tipo 420/M/58/) tipped the scales at 758 kilograms, giving it a remarkably good power-to-weight ratio for the era (and even in the modern day). 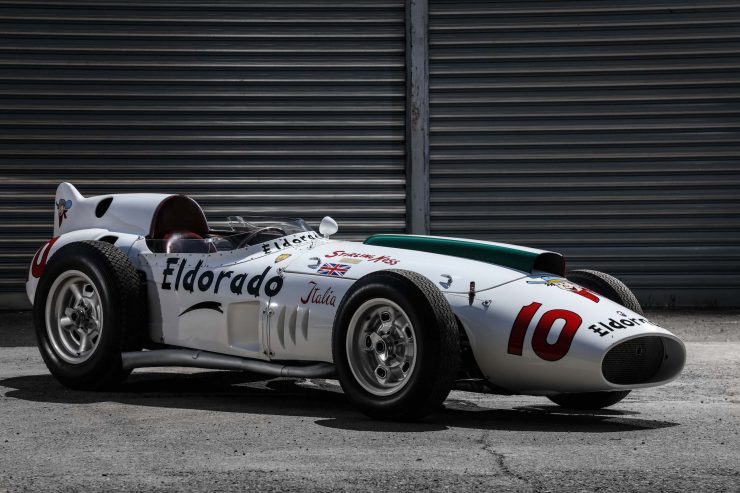 Trofeo dei due Mondi – The Monzanapolis

The performance of the car in the Monzanapolis was impressive given that it was its first race outing. Stirling Moss finished the first race in 4th and the second in 5th, during the final race his steering broke and the car was sent into the wall at 260 km/h – astonishingly he walked away from the accident, and the car had relatively little damage save for the bodywork on one side.

After the race the original fin was removed and the hood scoop was reduced so the car could race at the Indianapolis 500. Gentleman driver Ralph Liguori took the wheel and despite his best efforts, the car failed to qualify, though it’s clear from the previous race outing that it wasn’t the fault of the car.

Today the Maserati Eldorado is housed at the Panini Collection, in Modena, and it attends a limited number of events and gatherings each year where it’s often swamped by people who’ve only ever seen it in magazines.

If you’d like to read more about the Maserati Eldorado you can click here to visit the official history sheet on Maserati.com 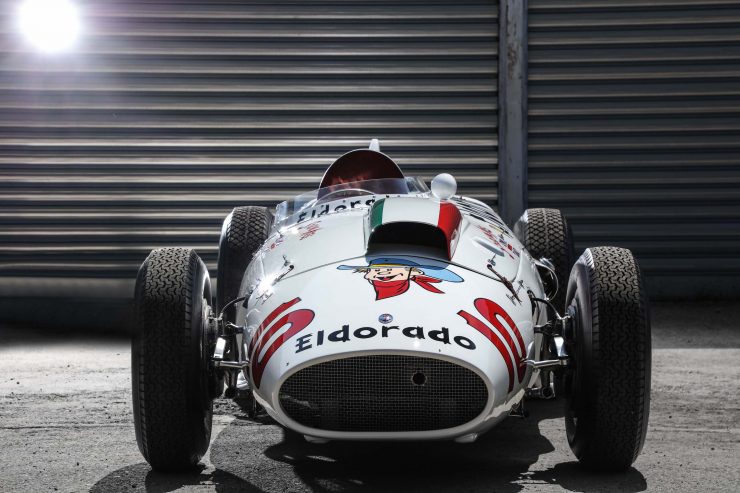 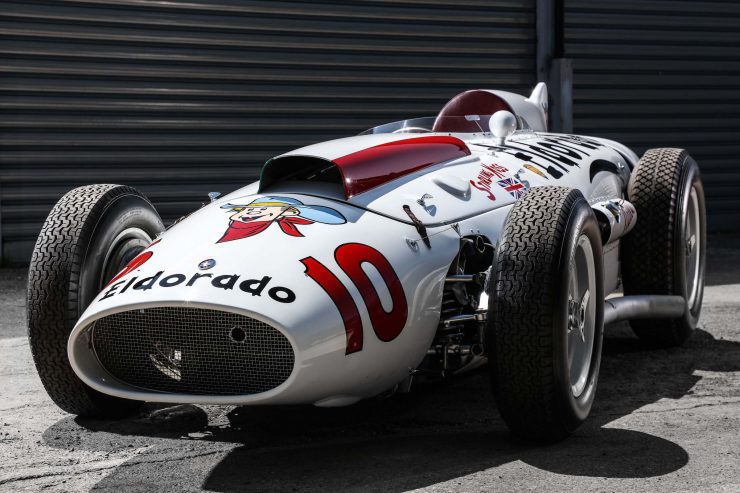 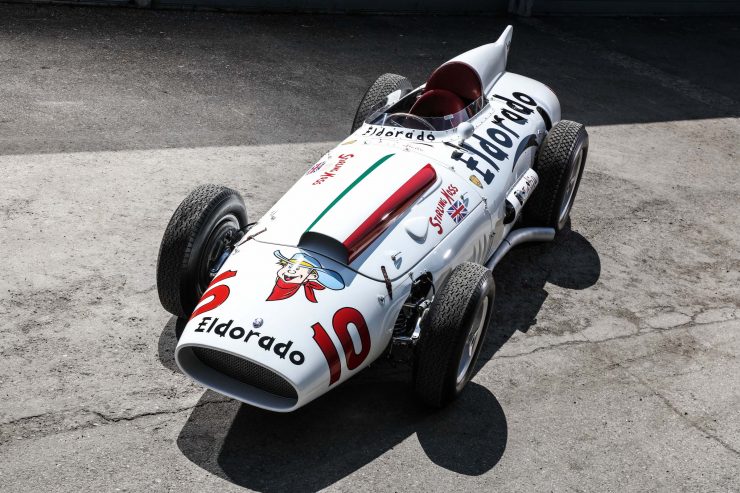 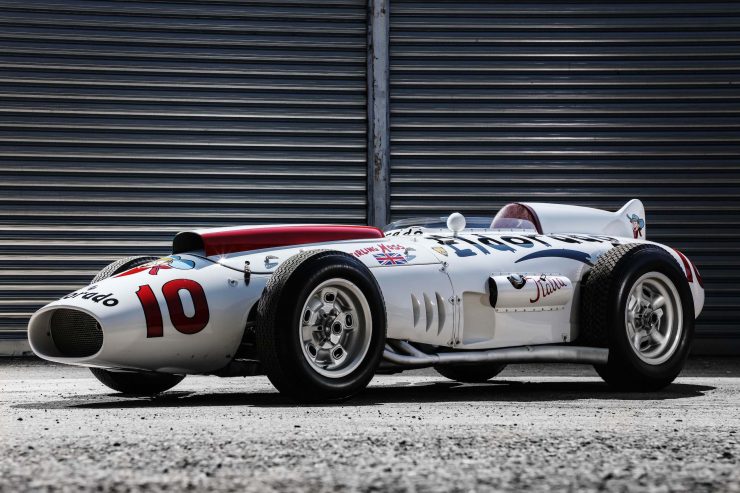 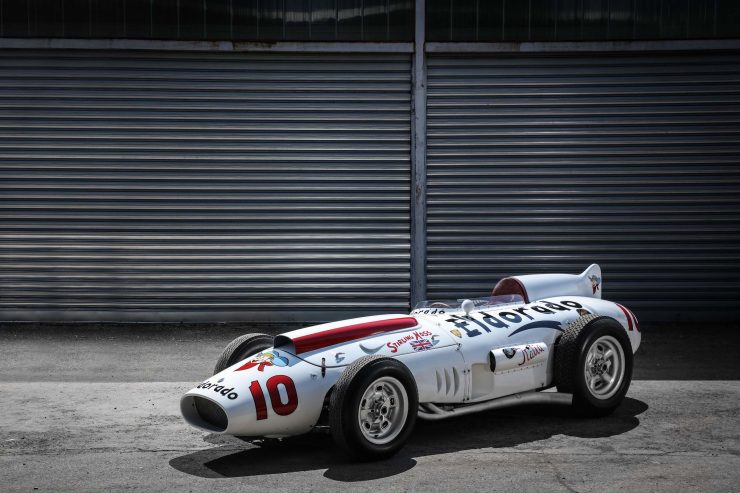 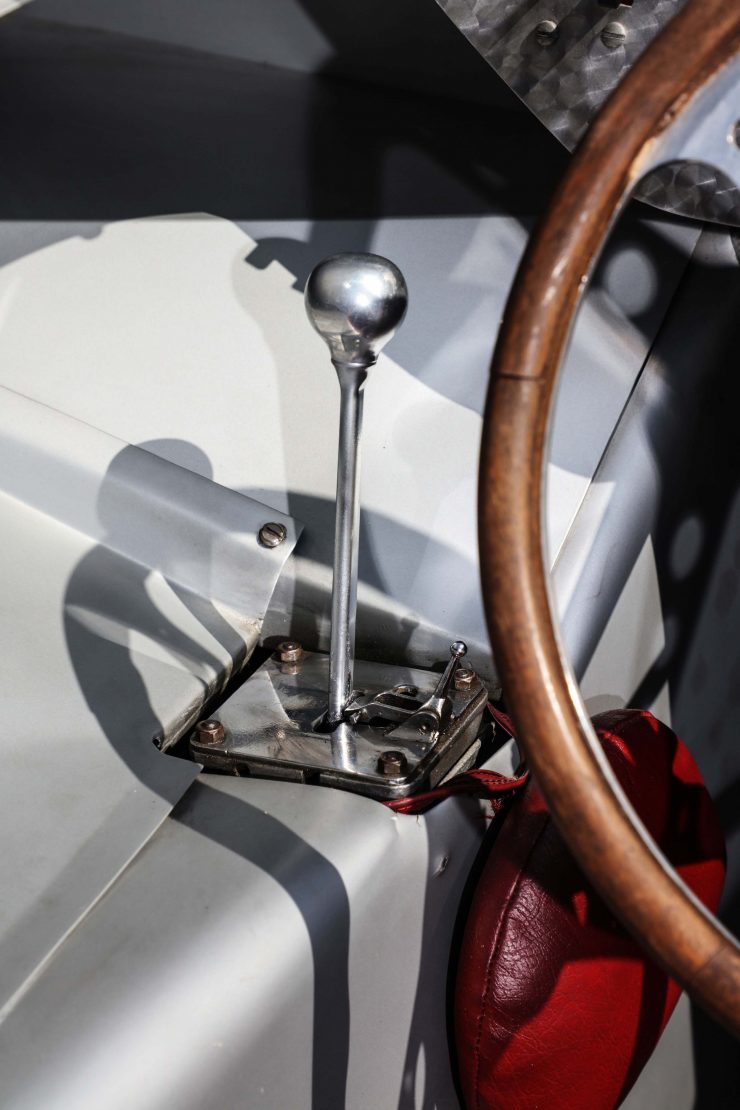 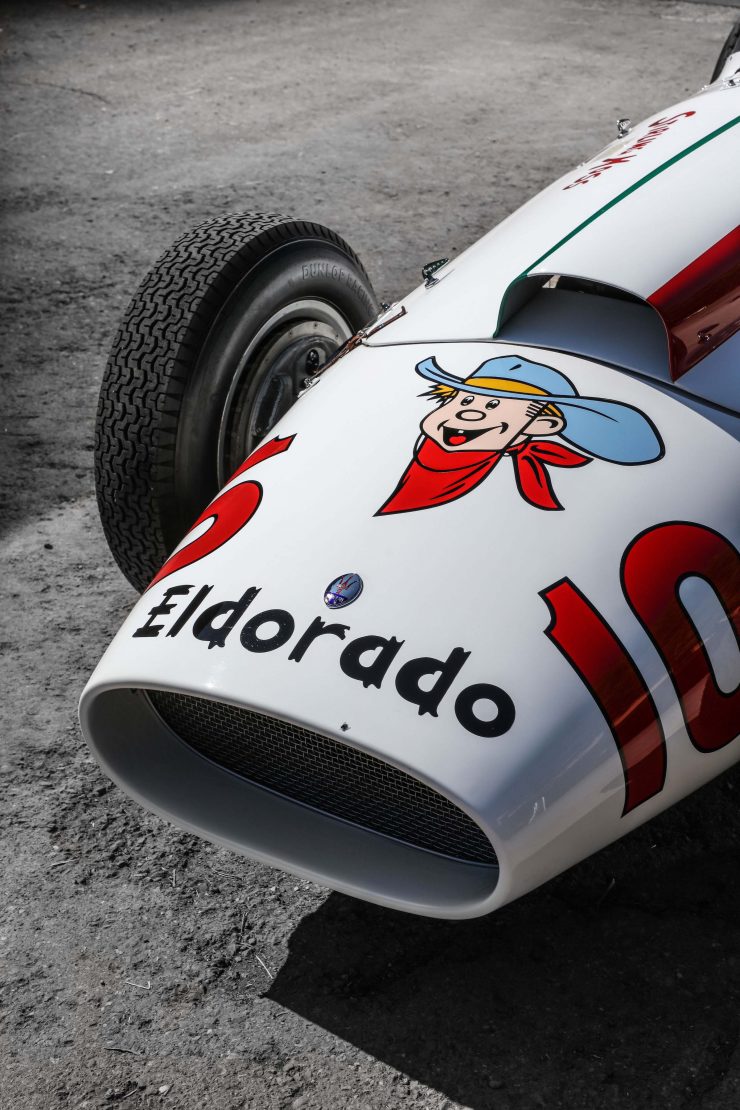 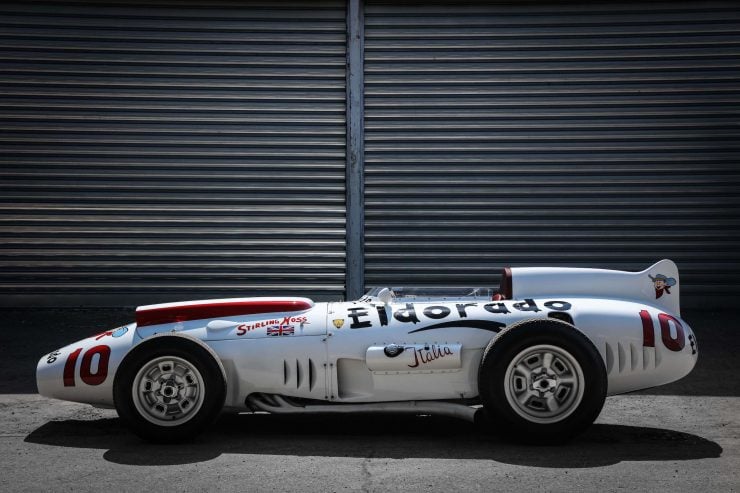 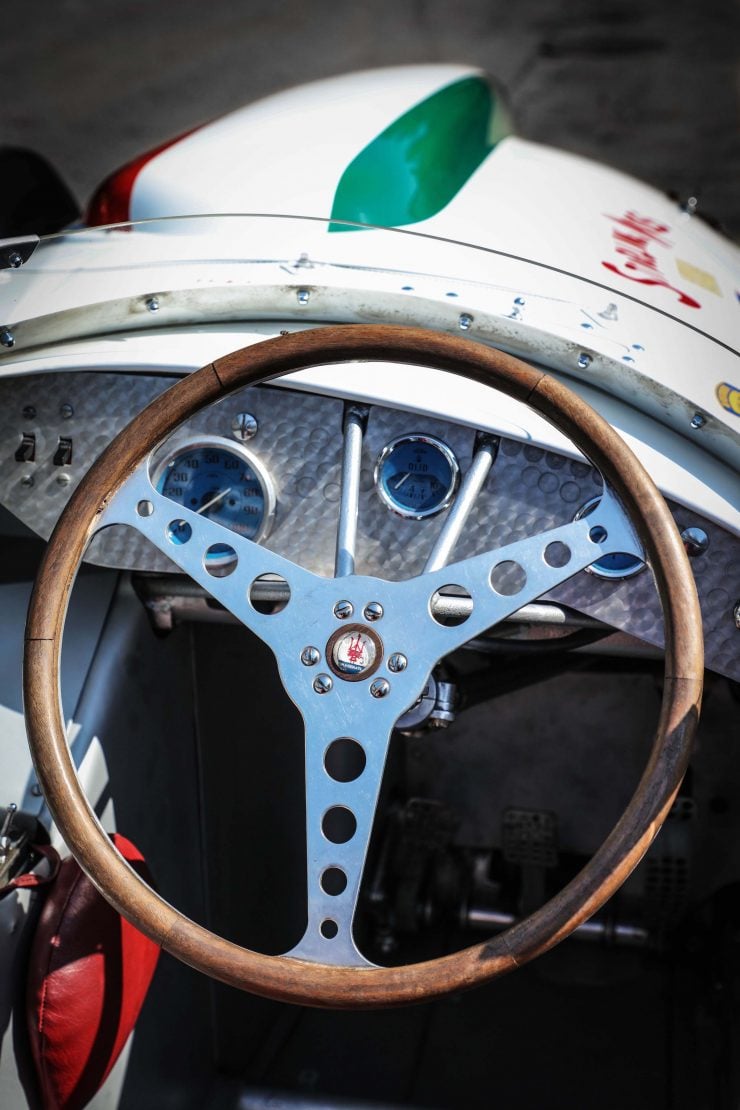 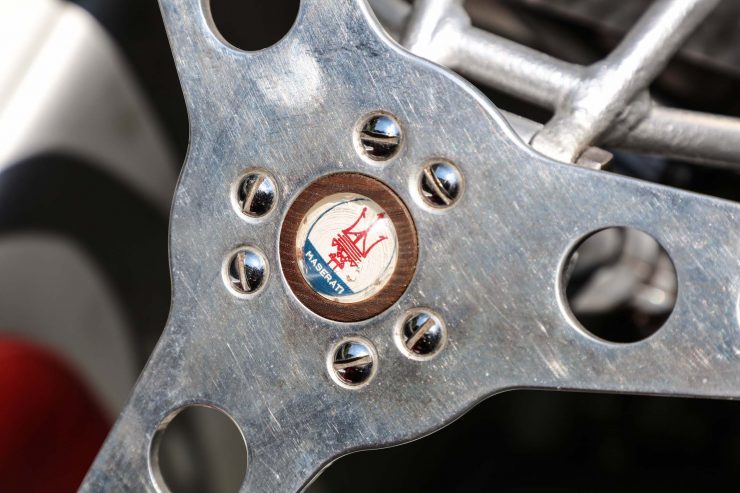 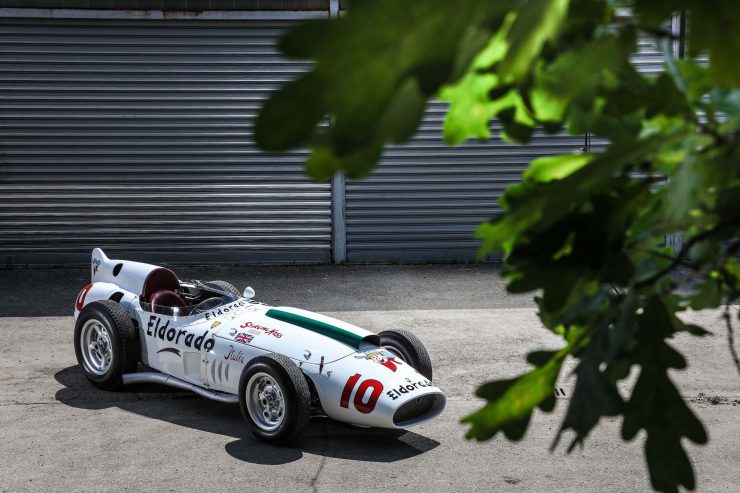 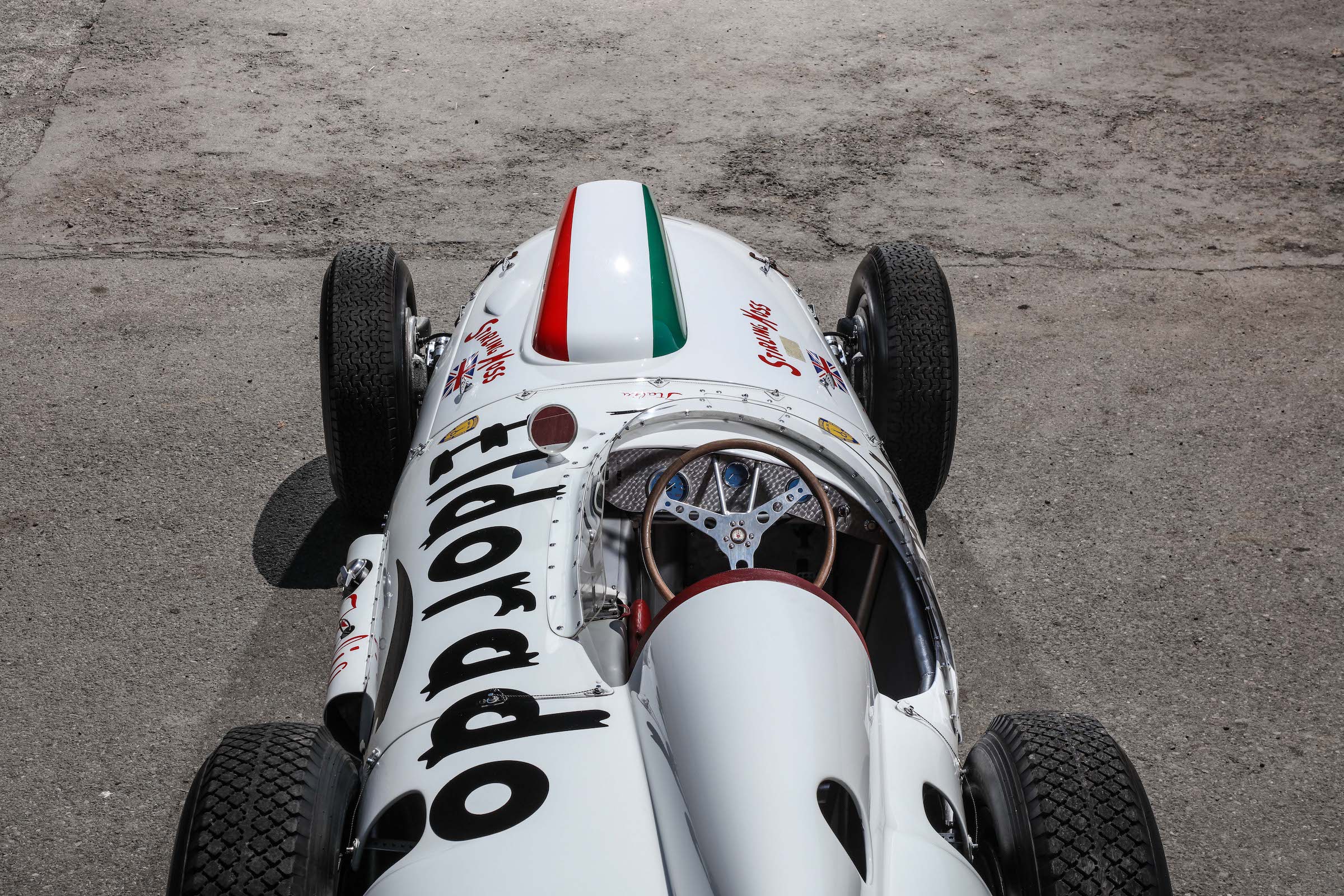