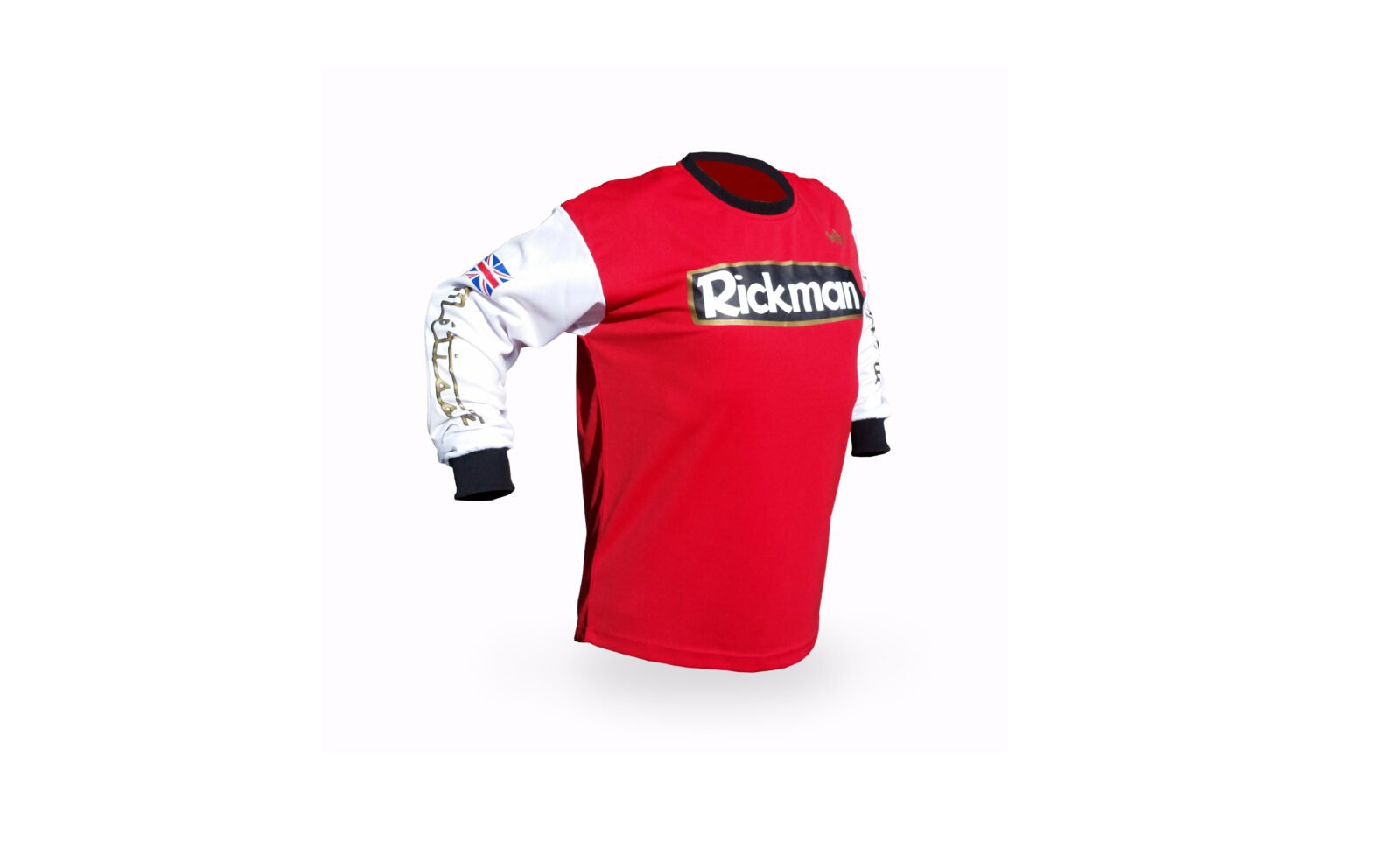 The Rickman Motocross Jersey by Reign VMX is a classically styled racing jersey is made from a modern micro-birdseye vented, moisture wicking polyester fabric to keep you cool on warmer days.

It includes the period-correct padded elbows, a drop-tail cut in the back to keep your jersey tucked in, and a wide cuff design that allows you to push the sleeves up your forearm.

Rickman is a company that needs no introduction, they made a name for themselves as one of the best racing motorcycle frame builders in the world, for both scrambles/motocross and road racing.

Original Rickmans change hands today for significant sums, but the company was re-established more recently using the same steel tubing and frame jigs, allowing all-new Rickmans to be built for the first time in years.

This jersey will look the part on any vintage or classic bikes, and importantly, all Reign jerseys are cut to allow armor to be worn underneath, so there’s typically no need to buy a size larger to accommodate it. Just order your normal size.