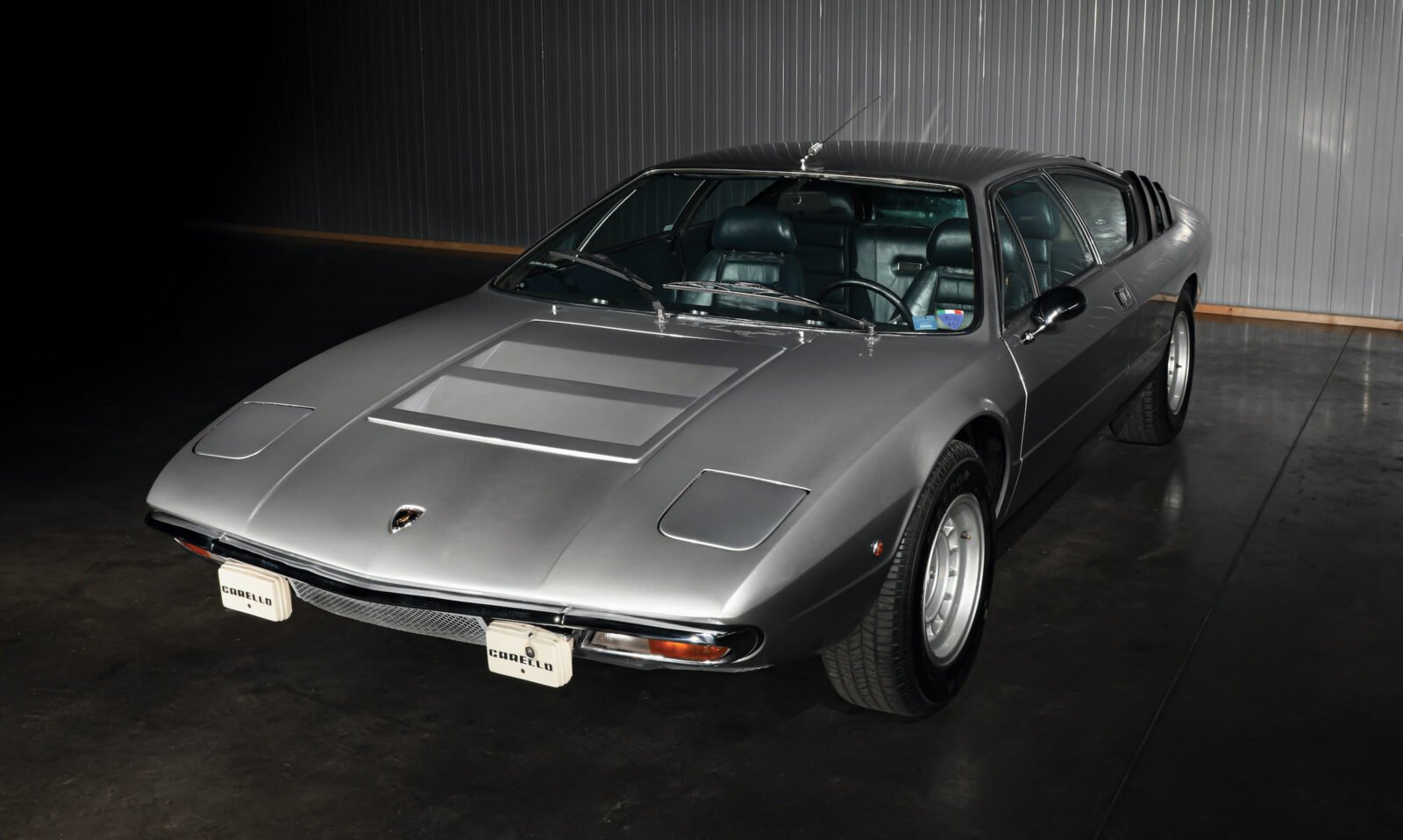 The Lamborghini Urraco P250 S was a direct answer to the Ferrari Dino, and a shot across the bow of other European sports cars of the era like the Maserati Merak and the Porsche 911.

The concept behind the Urraco was to offer a less expensive car in Lamborghini’s model range, specifically a car that was more affordable than the Lamborghini Miura and a close competitor to the Ferrari Dino.

On paper the Urraco offered a good alternative to the Dino with a V8 engine vs the Dino’s V6 and far more modern wedge-shaped styling from the pen of Marcello Gandini at Bertone. The Urraco also had Lamborghini badges on it, the Dino didn’t have Ferrari badging at the time as Enzo Ferrari had intended Dino to be a semi-independent marque in memory of his son, Alfredo “Dino” Ferrari. 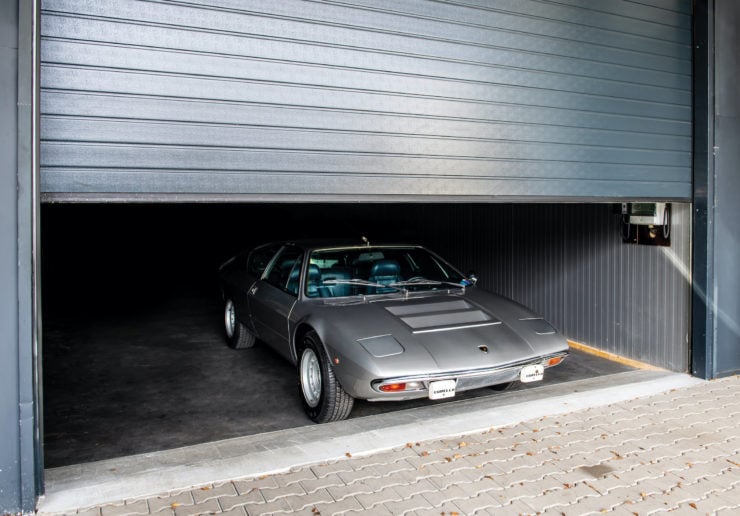 Ferruccio Lamborghini wanted the Urraco to attract the widest possible customer base and so the car was designed with 2+2 seating and a modest amount of luggage space. The rear seats aren’t really much use for anyone other than children or a couple of weekend bags, however they do help sell the car to reticent spouses under the somewhat spurious premise of it being a practical purchase.

In order to make space for the two rear seats the V8 engine was installed in a transverse orientation which Lamborghini had plenty of experience with, as they did the same with the larger V12 used in the Miura. The Urraco has a steel unibody which accommodates the SOHC per bank aluminum V8 with its four twin-choke Solex 40IDF1 carburettors, a five-speed manual transmission, four-wheel Girling ventilated disc brakes, and four-wheel independent suspension with coil springs and telescopic shock absorbers.

The Urraco was engineered with a rear subframe that carried the engine and transmission as well as the suspension components, this subframe then bolted directly to the steel unibody. Lamborghini sold the model in four main engine sizes, the 2.5 litre P250, the 3.0 litre P300, and the smaller 2.0 litre P200 that was intended for the Italian market to fit in under the taxes that kicked in on engines over 2.0 litres. There was also a very rare Urraco P111 model which had a 2.5 litre engine and a series of changes to meet American Department of Transport requirements. 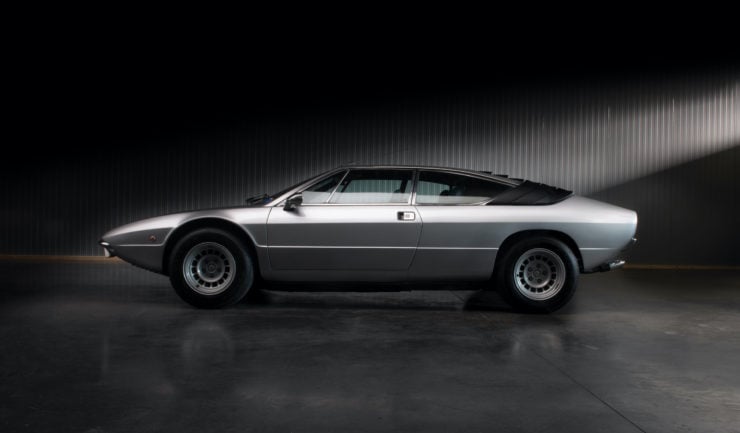 Lamborghini would first show the car in 1970 but it didn’t start selling to the general public until 1973, it would then remain on sale until 1978 with over 700 units sold. Today the Urraco is somewhat of a hidden gem in the Lamborghini back catalogue and it’s never achieved the fame of its arch rival – the Ferrari Dino.

The car you see here was bought new in Rome and then taken back to Sweden by its first owner who would keep it for decades before bequeathing it to his grandson. In 1996 the engine was rebuilt by Lamborghini and some bodywork has been completed, however the car remains in excellent, patinated condition throughout. This is a P250S model which came with a full leather interior, power windows, air conditioning, and larger Weber carburettors offering more power. 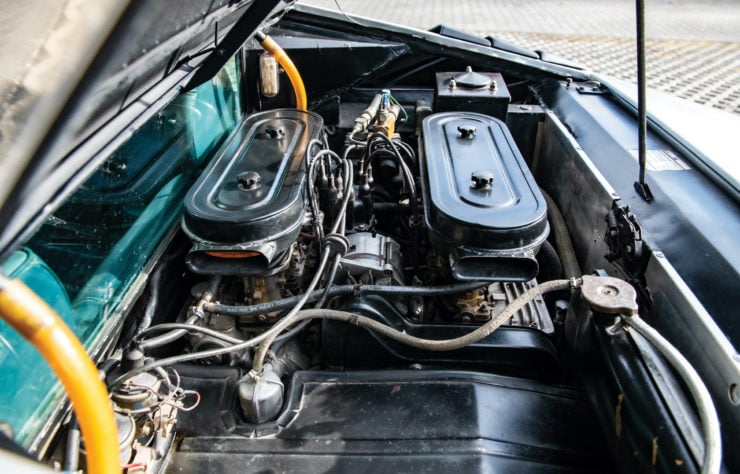 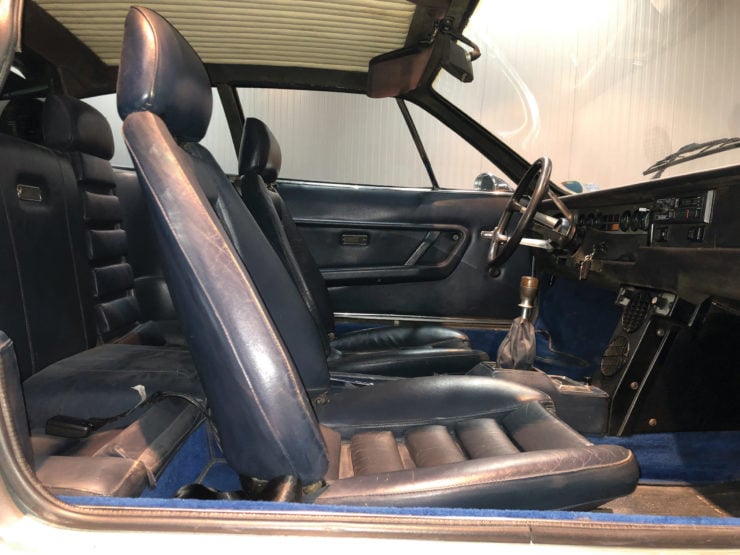 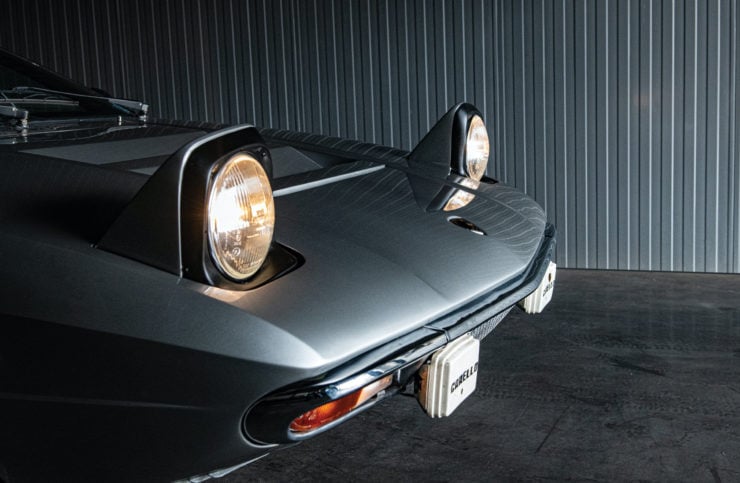 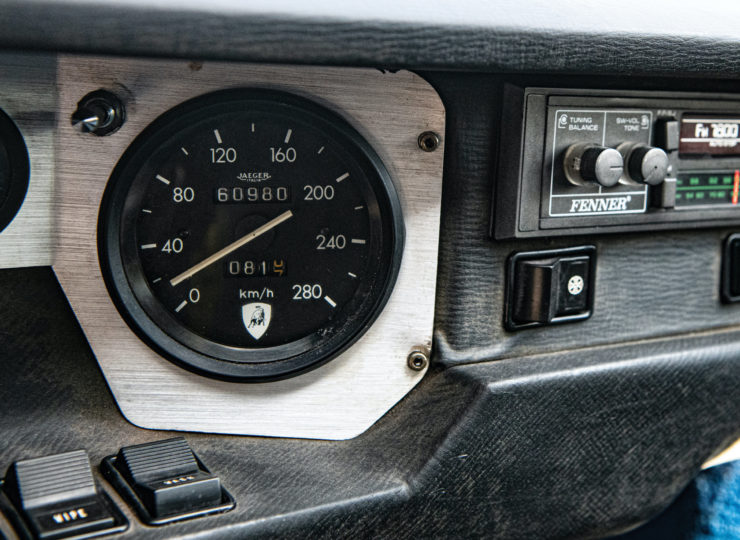 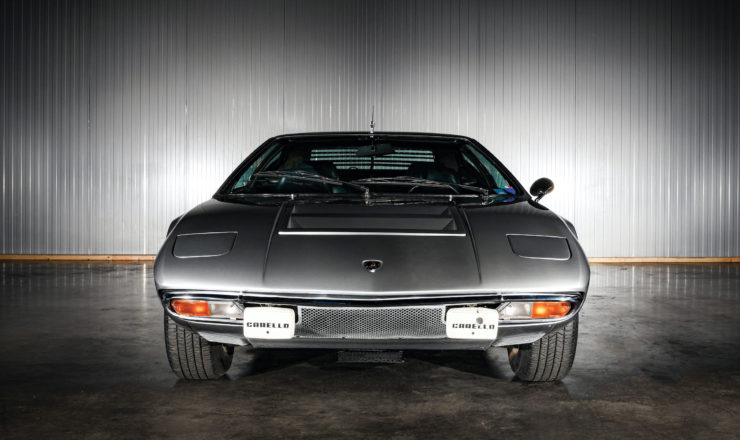 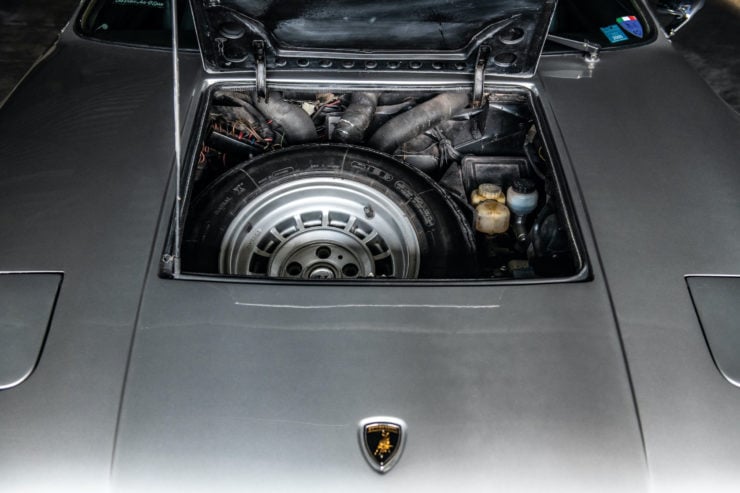 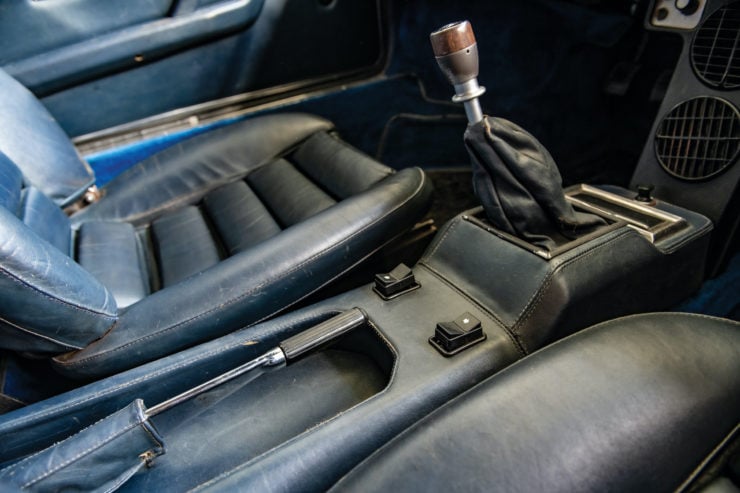 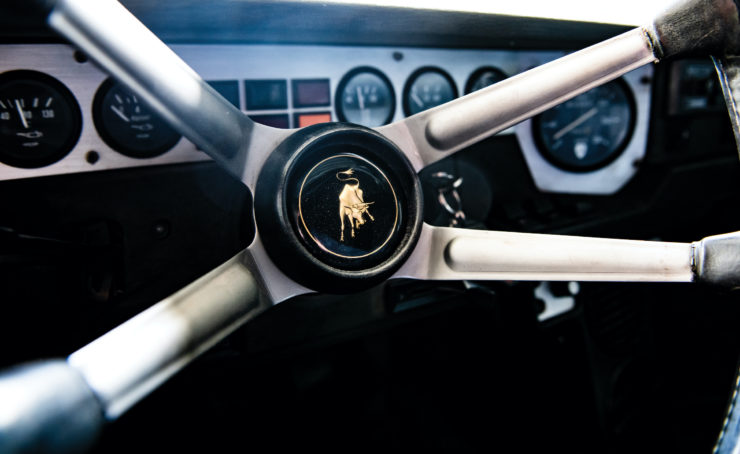 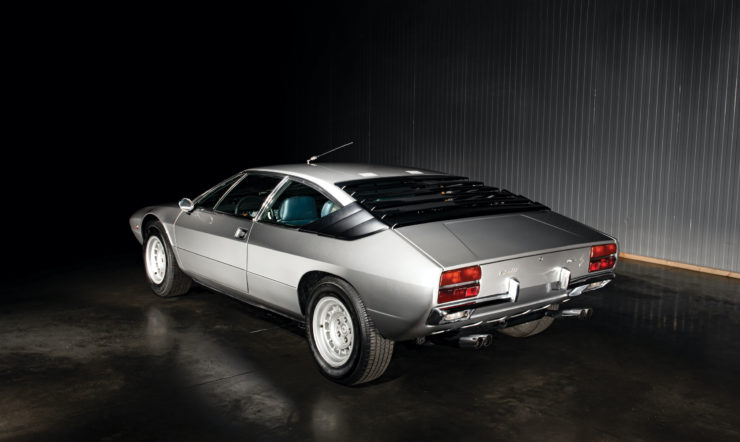 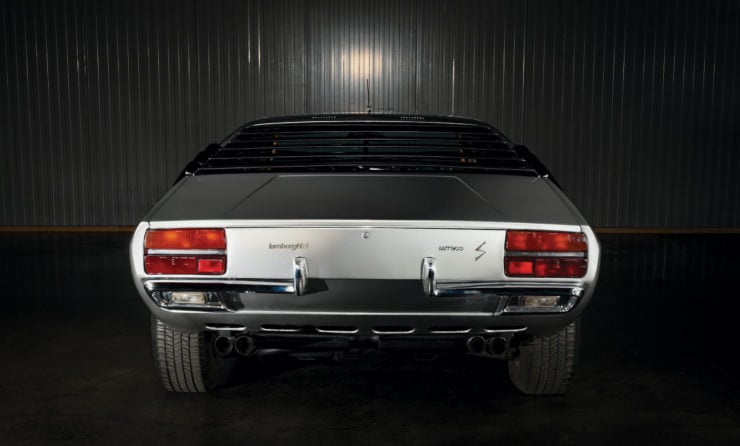 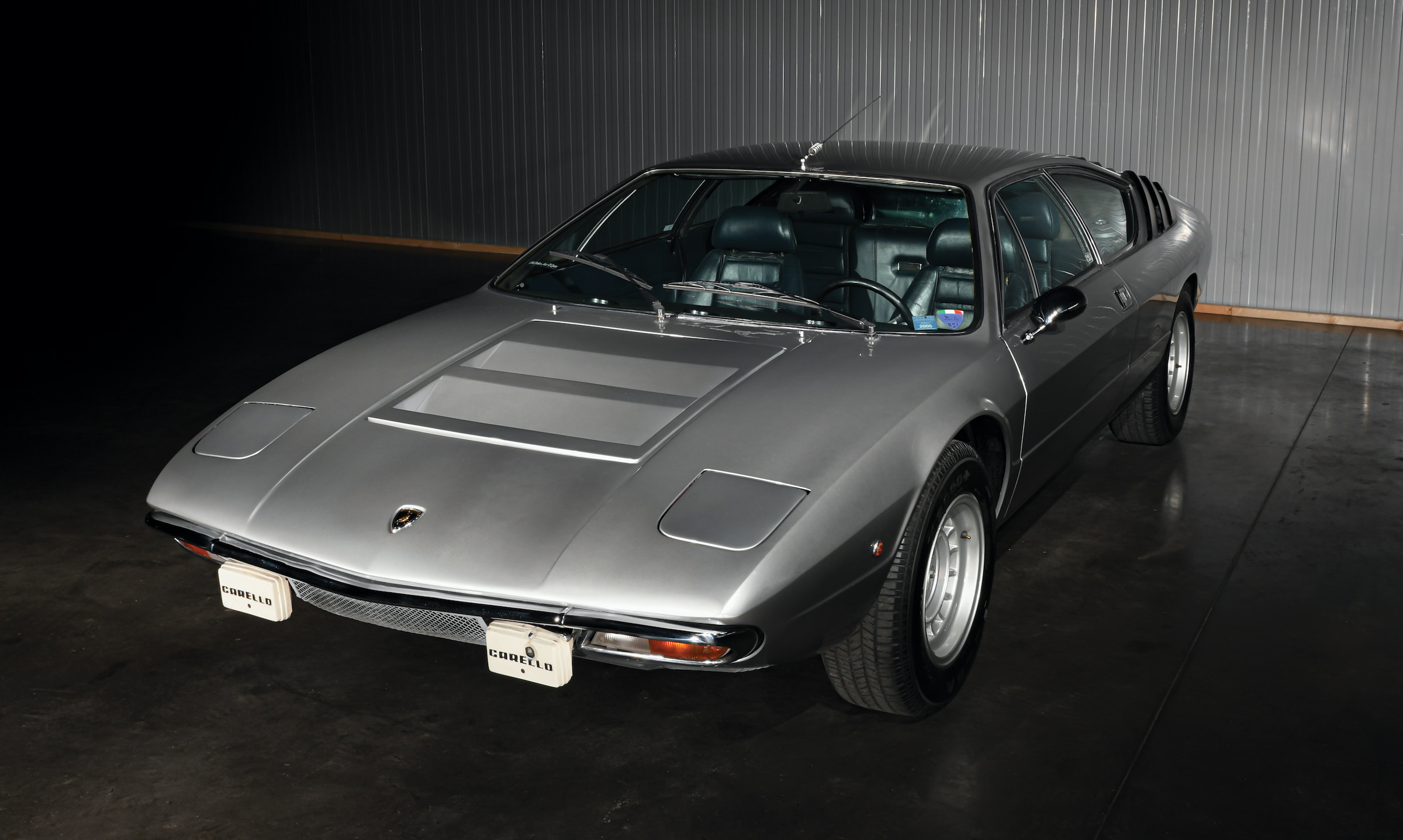