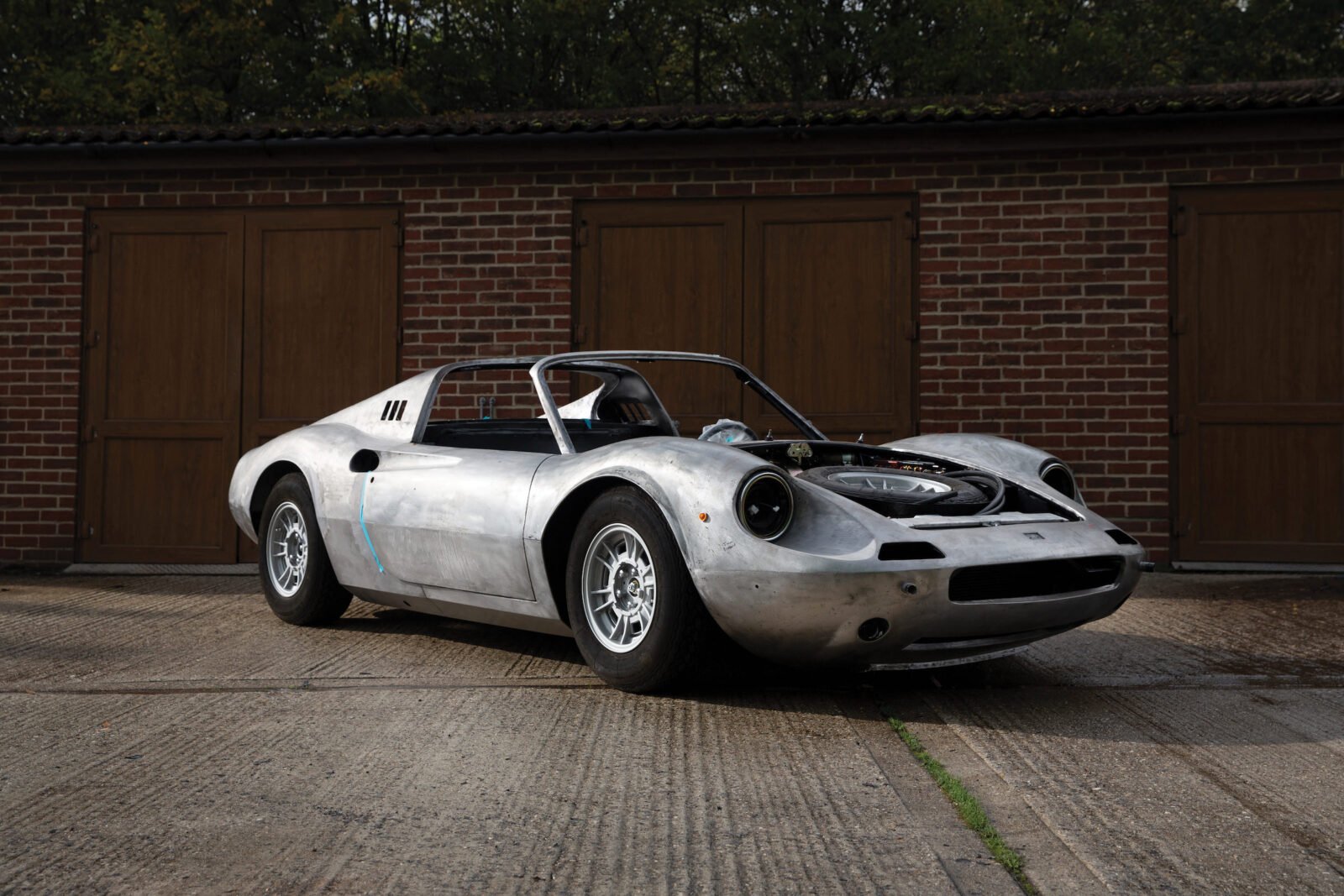 Ferrari Dino 246 GTS was the larger-engined, and targa-roofed version of the original Dino 206 GT.

Enzo Ferrari established Dino as a marque in its own right, it was named after his beloved son Alfredo “Dino” Ferrari who had died in 1956 at the age of just 24 from Duchenne muscular dystrophy.

Despite his young age Alfredo had co-designed an advanced V6 racing engine for Formula 2 in collaboration with Vittorio Jano. It would be modified future versions of this V6 that would be fitted to the Dino road cars. 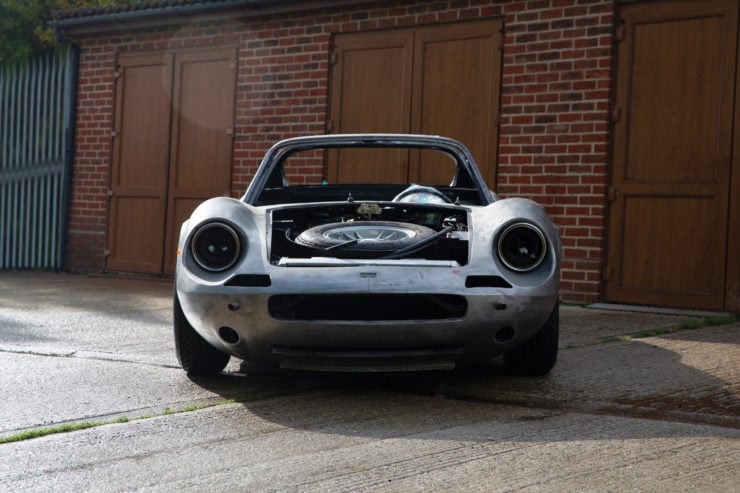 With the popularity of the Porsche 911 and other similar sports cars it became clear to Ferrari that they would need a less-expensive sports car in their model range. A Dino concept car was first shown to the public in 1965 to much acclaim, a year later in 1966 at the Turin Motor Show the first Dino production car was shown – the Dino 206 GT.

The 206 GT was designed by Aldo Brovarone and Leonardo Fioravanti at Pininfarina, it’s still regarded as one of the most beautiful cars from Ferrari during this time and it’s certainly one of the most loved despite its lack of a V12 or official Ferrari badges.

The V6 used in the Dino 206 GT was an aluminum alloy 65º transversely mid-mounted engine with double overhead cams per bank, two valves per cylinder, a 9:1 compression ratio, 178 bhp at 8,000 rpm, and 138 ft lbs of torque at 6,500 rpm. With its all independent suspension, a 5-speed transmission, and a dry weight of just 900 kgs (1,984 lbs) the 206 GT offered excellent handling and performance slightly ahead of its rival from Stuttgart.

Customer requests for more power were answered in 1969 with the release of the new 246 GT. The Dino naming convention used the engine displacement for the first two numbers and the number of cylinders for the third figure. Thus the 246 GT was a 2.4 litre V6 and the earlier 206 GT was a 2.0 litre V6.

The 2.4 litre version of the V6 now used an iron block with alloy heads and offered 192 bhp at 7,600 rpm with 166 ft lbs of torque at 5,500 rpm, a notable increase over the 2.0 litre engine. The length of the car was also increased by 60mm, but the styling was almost identical bar a few minor differences. 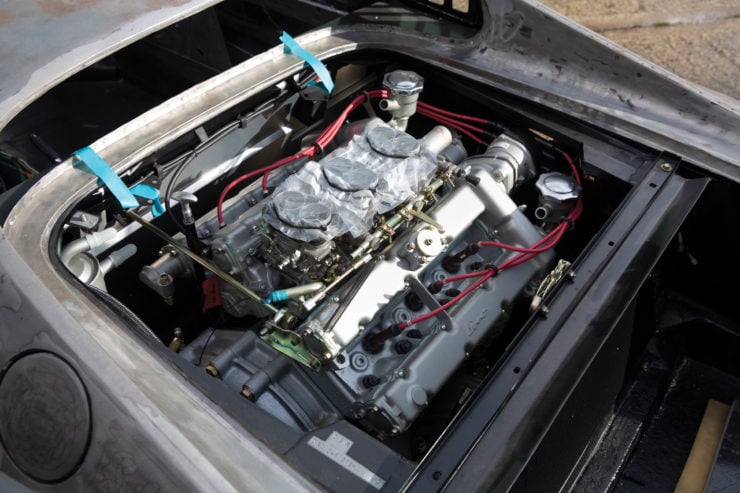 This new model was offered in both 246 GT and 246 GTS configurations, the GTS model featured a removable targa roof – it proved popular with buyers and both Dino models were sold in numbers never before seen for a Ferrari-built car.

Today collectors view the Ferrari Dinos as highly collectible, and due to their higher production numbers they can be bought for considerably less than the V12 and flat-12 Ferraris from the same era.

The 1973 Ferrari Dino 246 GTS you see here is a project car, although the general advice is to avoid buying other people’s project cars we think this one is an exception due to the fact that the engine and transmission have already been rebuilt, along with the suspension, brakes, and steering.

There is clearly some bodywork left to do including a full repaint, however with all the work that’s already been done the car isn’t far off being finished.

Hopefully the new owner will return the car to its original Blu Dino Metalizzato over a beige interior, the color it wore when it first left the factory. It was still wearing its original color when it belonged to its second owner Gary Castor – a US Navy pilot who drove the Dino in Virginia and loved it so much he took it with him while on deployment in Naples, Italy.

If you’d like to read more about this Dino or register to bid, you can click here to visit the listing on RM Sotheby’s. 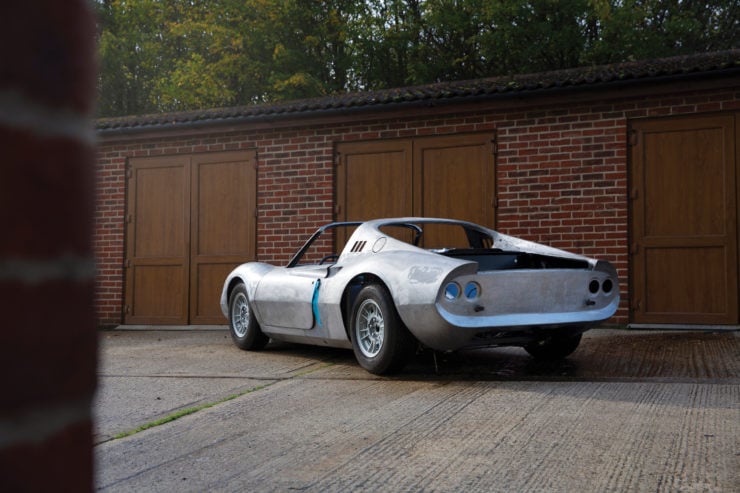 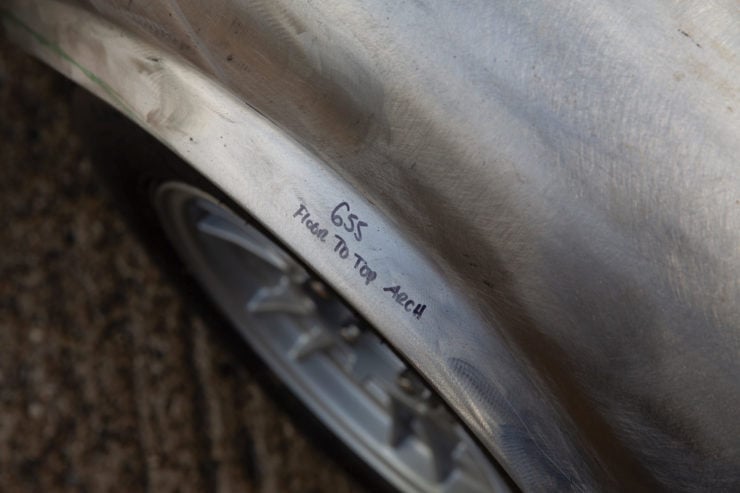 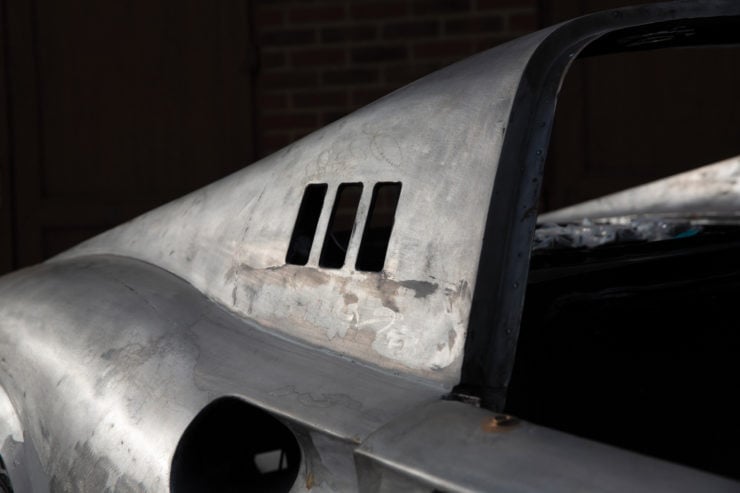 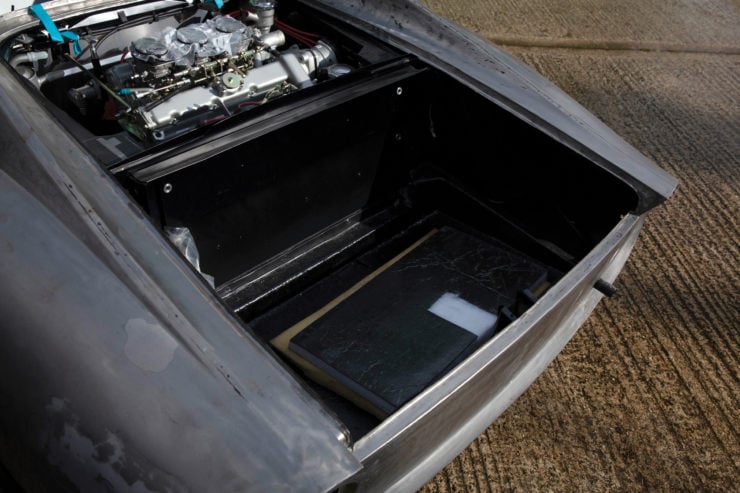 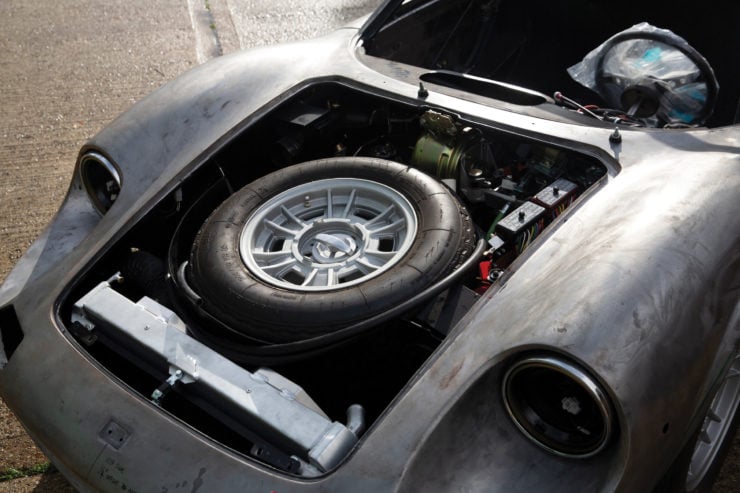 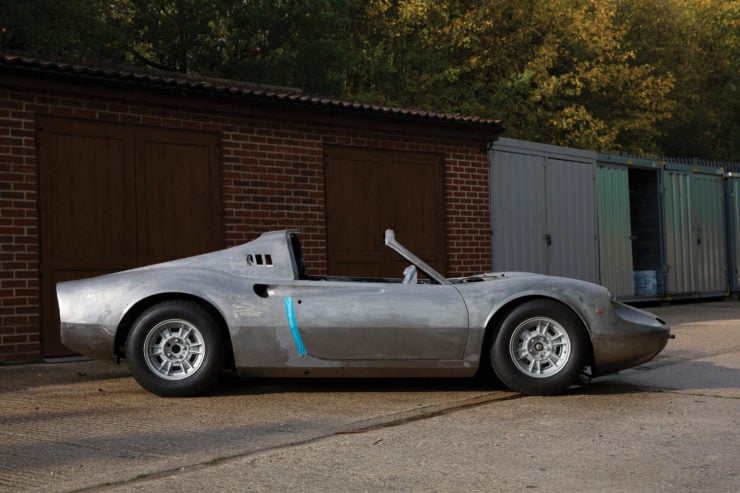 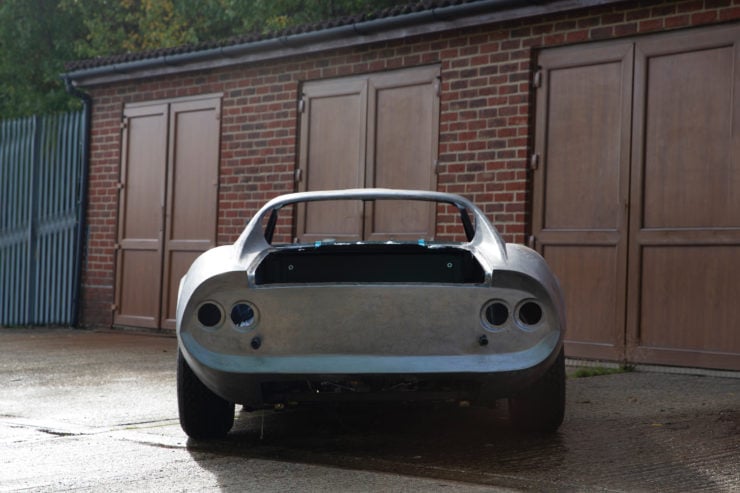 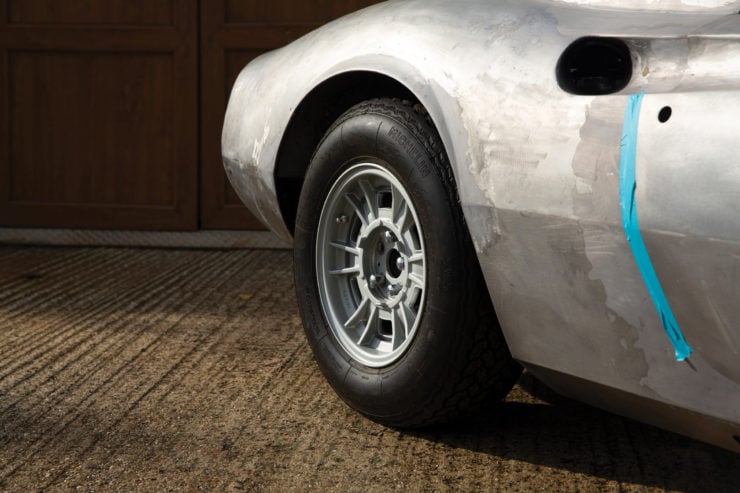 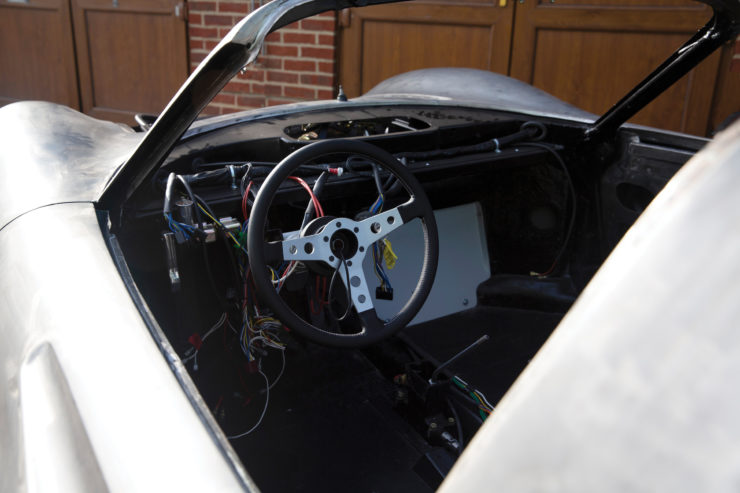 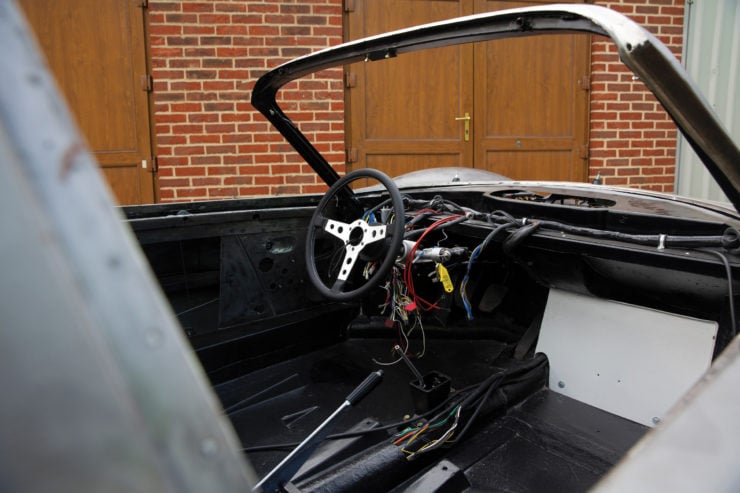 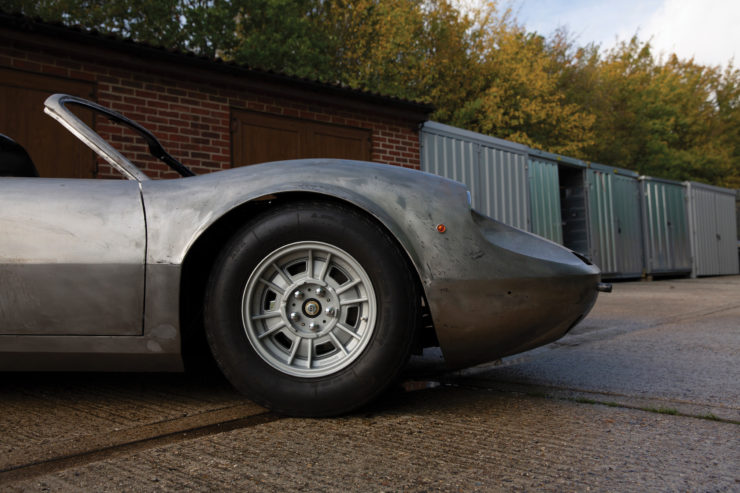 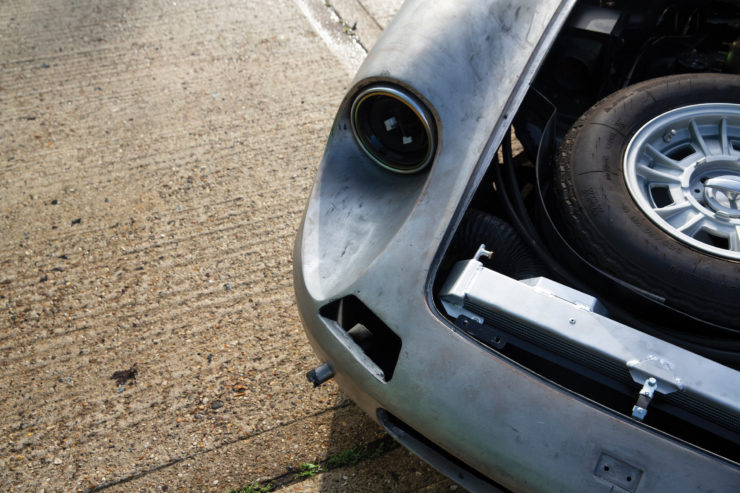 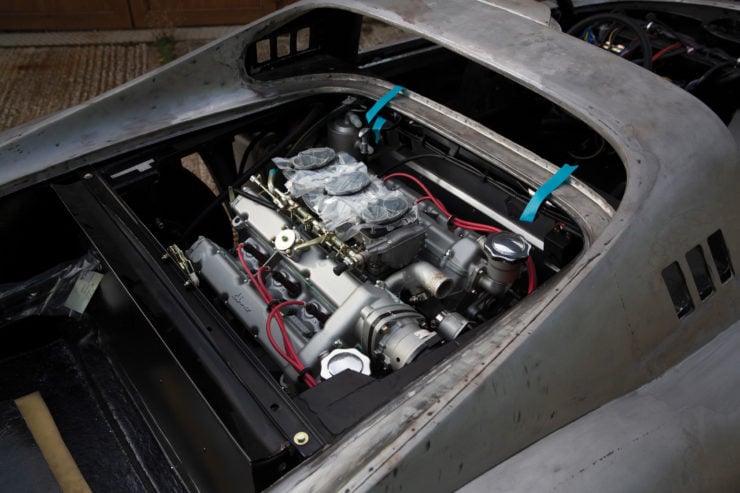 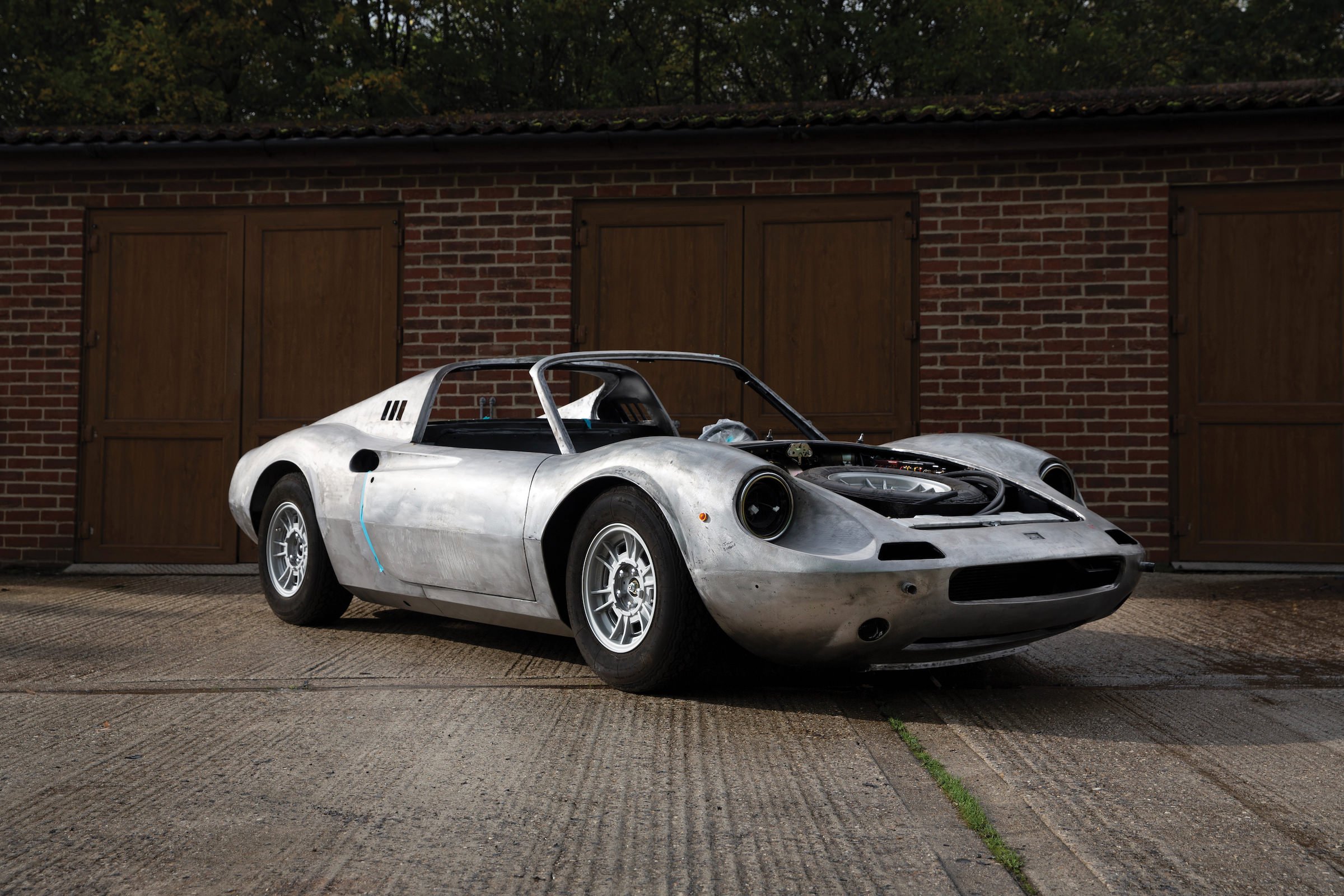