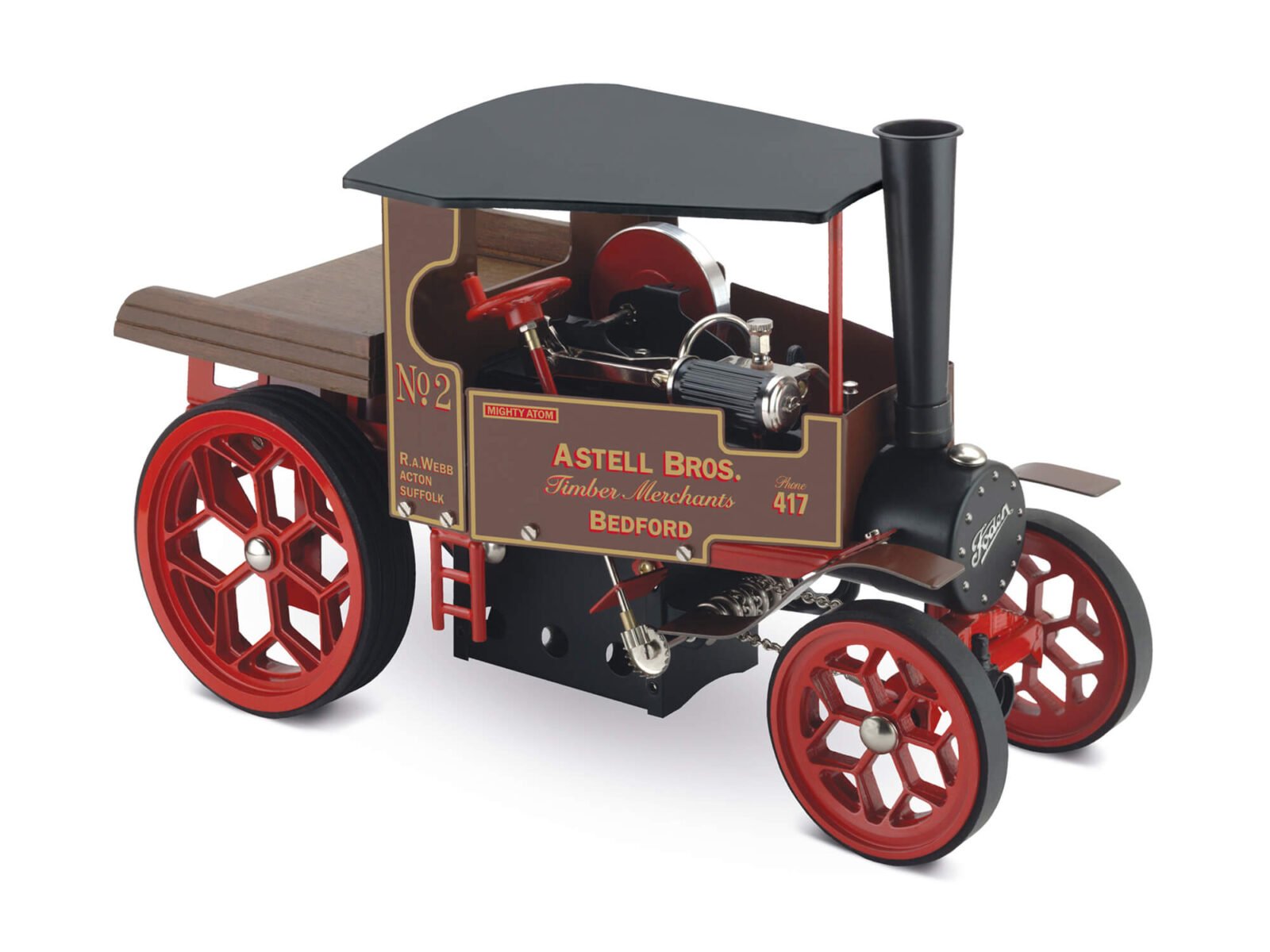 The Wilesco Mighty Atom is a fully functioning steam engine powered by the heat from small (4 gram) esbit fuel tablets that are placed under the boiler and ignited. Once the temperature reaches the right range the engine will start to move, typically with a small spin on the flywheel to get it started, and it’ll continue chugging away until the fuel or water runs out.

Wilesco is a German company well known for making models like the Mighty Atom, they build a wide variety of small steam engines and models, most of which are functional and used for both educational and hobby purposes.

Each Mighty Atom is built in Germany, the model is based on a Foden lorry and is as true to the original as possible. The Foden lorry was first built in 1932 by Edwin Foden Sons and Co. Ltd. in England, it was a steam-powered truck used for hauling goods and typically powered by coal which would have been a ubiquitous fuel source at the time.

The Wilesco Mighty Atom has a functional steering wheel and the kits are largely made from metal, with rubber tires and a proper wooden tray back just like the original. The models make great desk displays and conversation pieces, and people are absolutely delighted when they learn they they’re actually working steam engines – but be warned, they’ll want to have a try.

The Mighty Atom measures in at a length x width x height of 360mm x 155mm x 200mm, and it tips the scales at 2.34 kilograms. The boiler has a capacity of 230cm³ and it measures in at 45mm in diameter and 185mm long. Once the boiler is filled and a new fuel tablet is ignited the little engine will chug along a fair distance, it’s not fast but it does have the power to tow small trailers and carry loads. 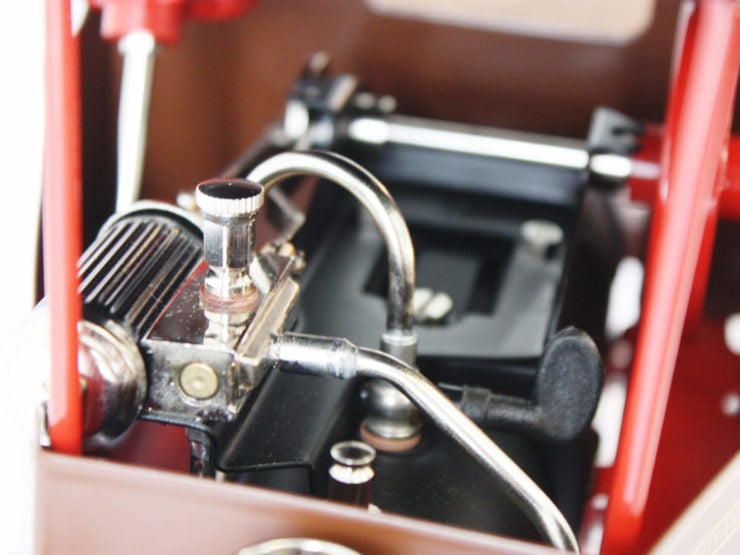 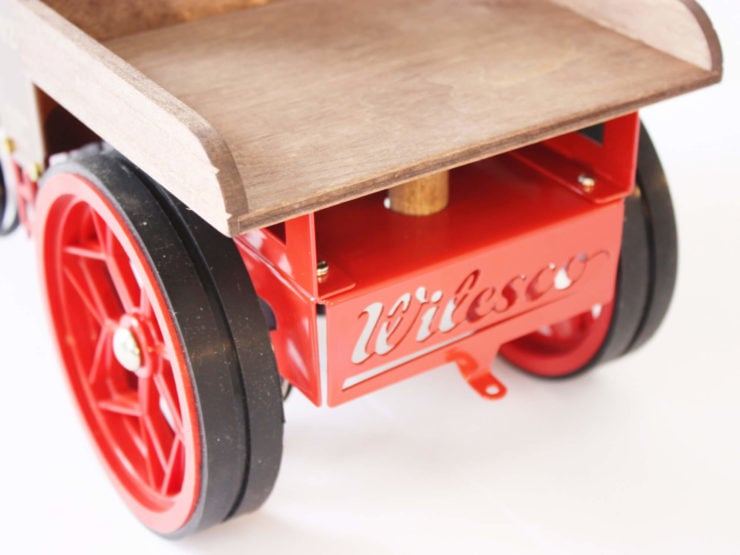 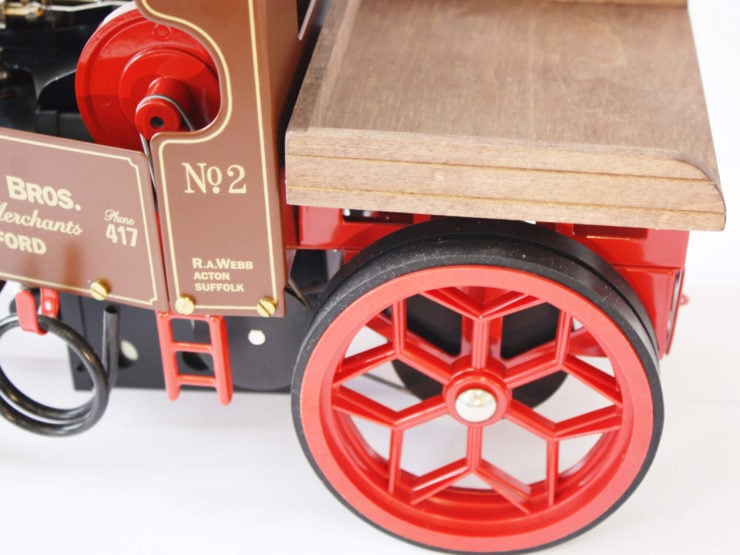 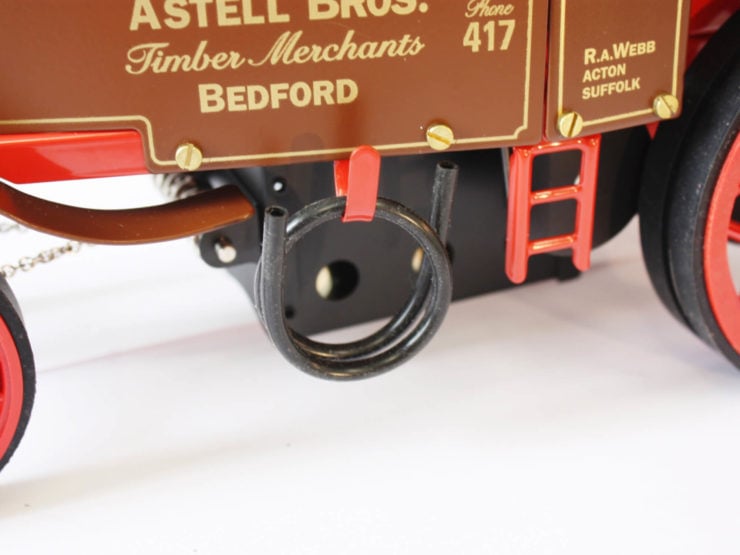 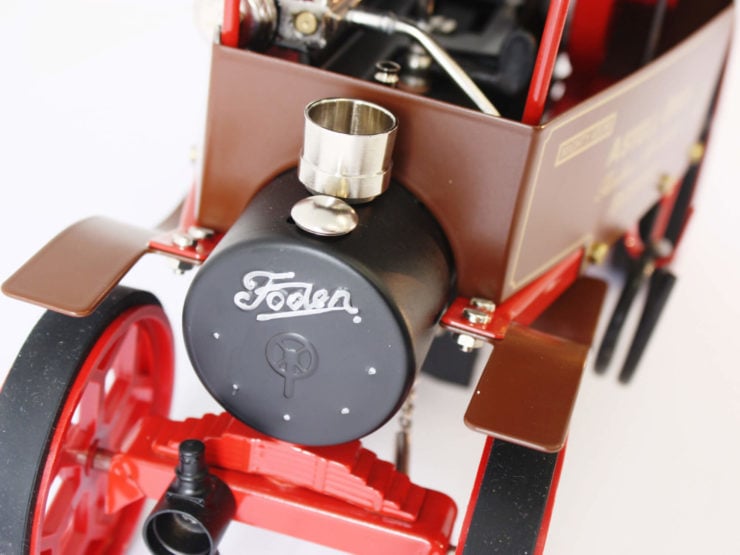 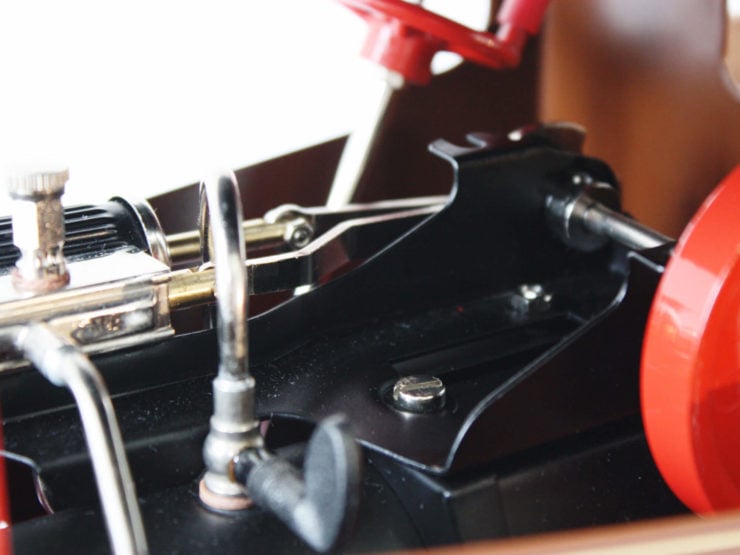 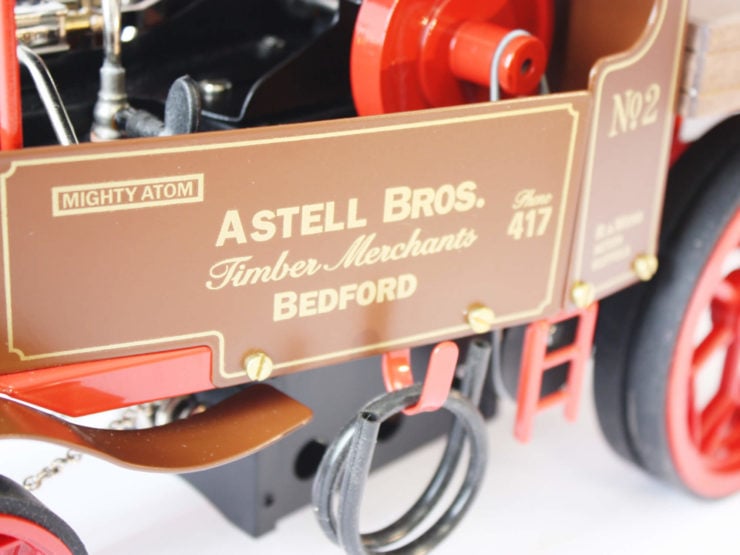 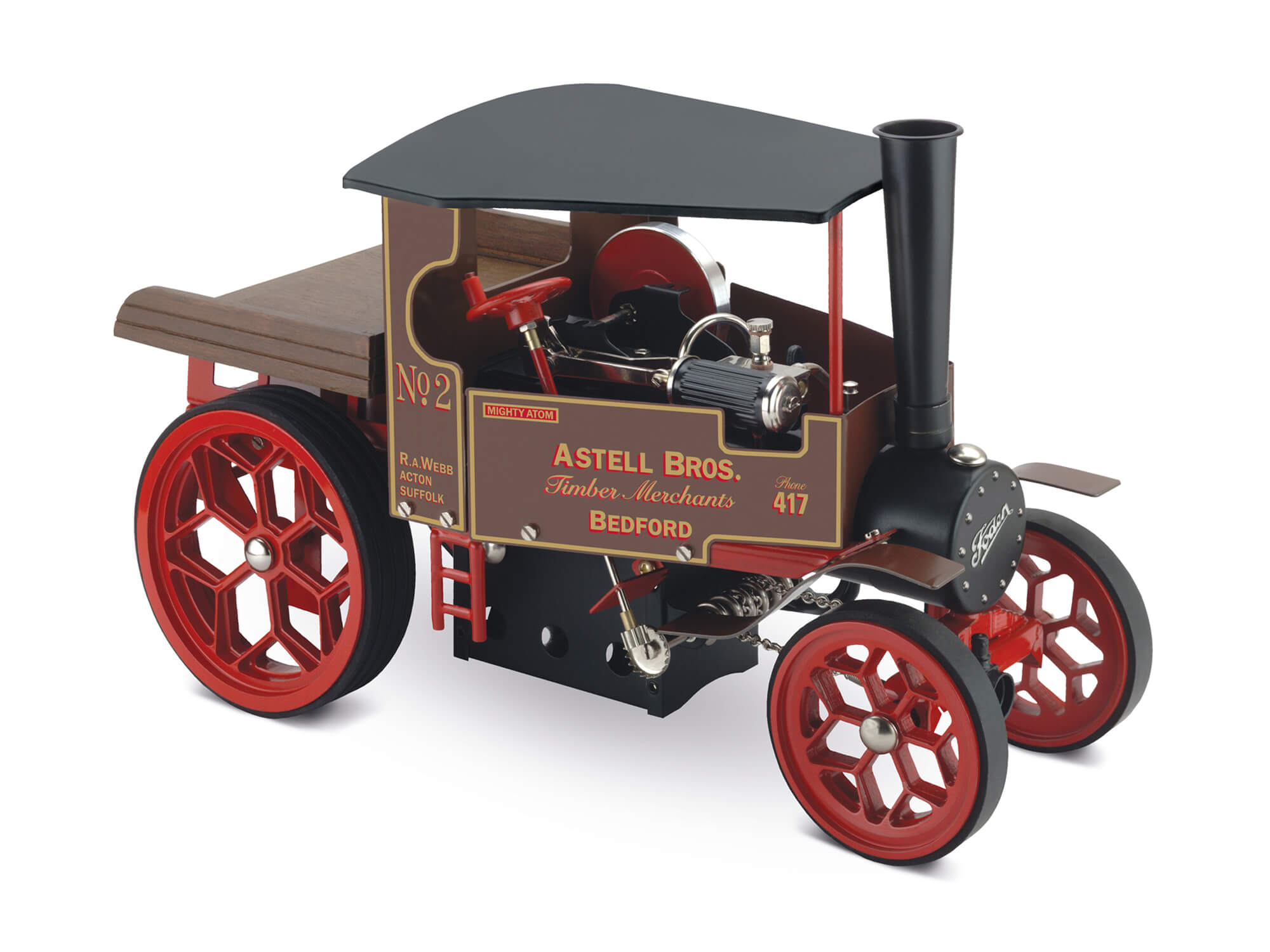