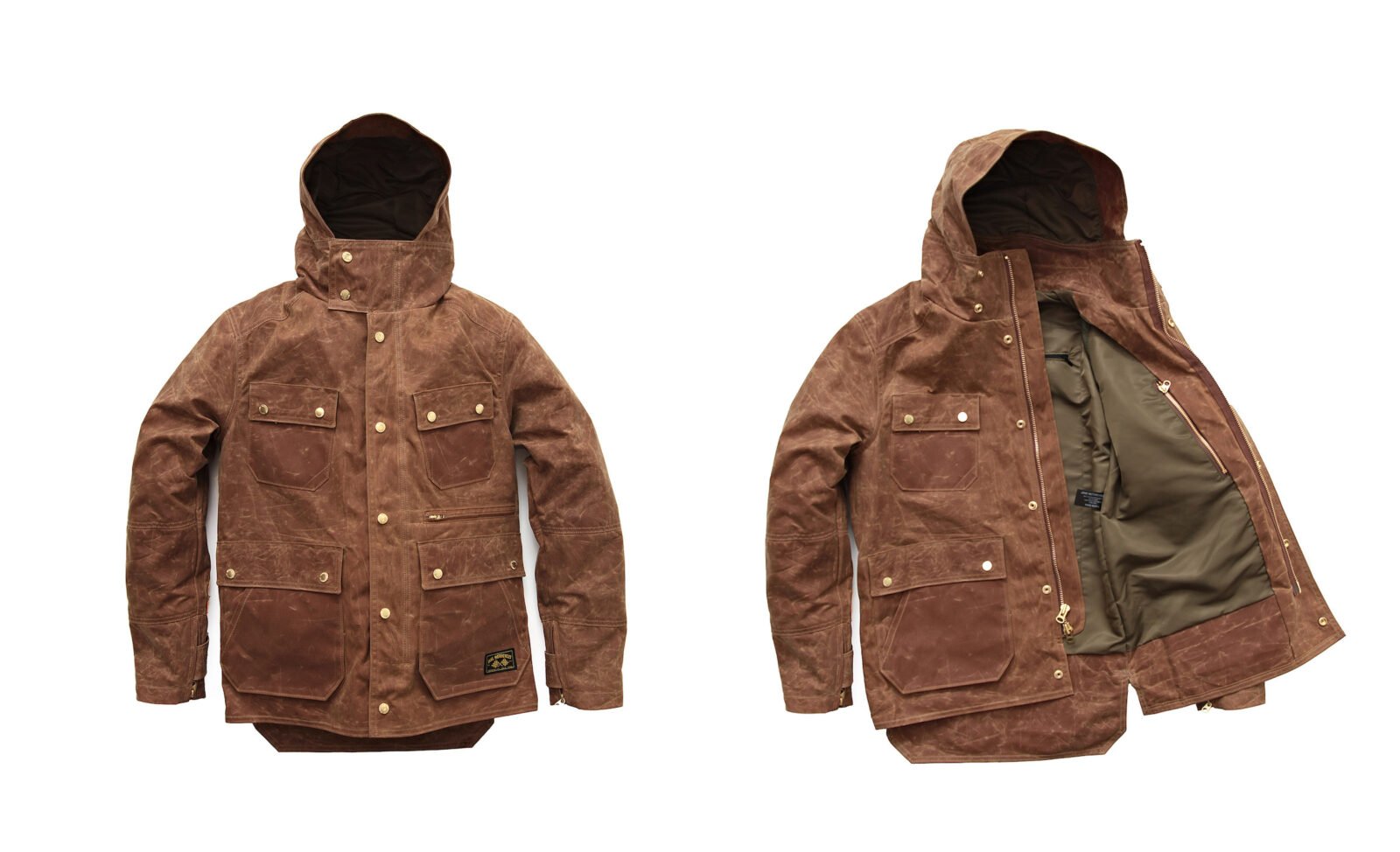 This is the brand new Kingsland Motorcycle Parka by Jane Motorcycles, it’s been in development by the team at Jane in New York City for the past two years and it includes removable level 1 D3O motorcycle armor in shoulders and elbows.

The Kingsland was specifically developed to be a three season, all-weather parka for motorcycle use, but it’s more than capable of regular street duties as well. Jane Motorcycles offer the jacket in either field tan or black, both colorways are made from a heavy duty 8.5 oz waxed canvas that’s water resistant, with a wind resistant nylon liner.

Each jacket has high-quality YKK zippers throughout, four button down front pockets with two hand warmer pockets. There’s a stud fastened weather flap across the main zipper, and a water-resistant hood made from the same material as the jacket.

The styling of the Kingsland Parka was influenced by the design of tried and tested waxed canvas jackets that first became popular with motorcyclists in the first half of the 20th century.

The four front pocket design is still popular today with many adventure motorcyclists as it allows you easy access to maps and compasses, as well as more modern navigational aids like GPS devices and smart phones. At the end of a long day you also have easy access to a discreetly placed hip flask.

Inside the jacket you’ll find an additional two pockets, as well as the pockets for the elbow and shoulder armor which is included, and a pocket for a back protector which is for sale separately as many riders already have suitable D3O back armor in another jacket.

Sizing ranges from XS through to XXL, and the sizes allow for layering under the jacket in the cooler months. Each jacket is individually made in NYC, and the armor meets the requirements of European directive 89/686/CEE and of CE technical standards EN 1621-1:2012. 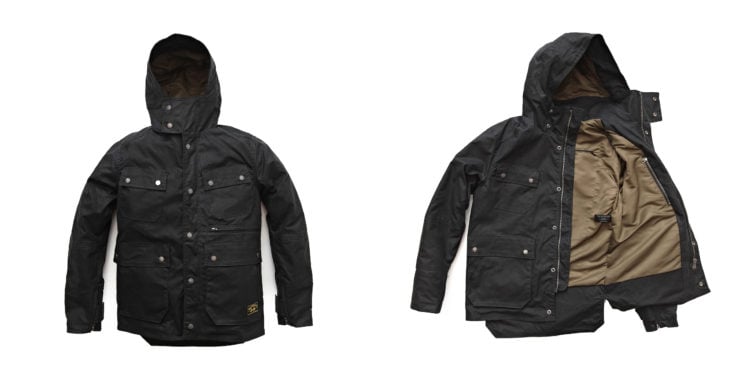 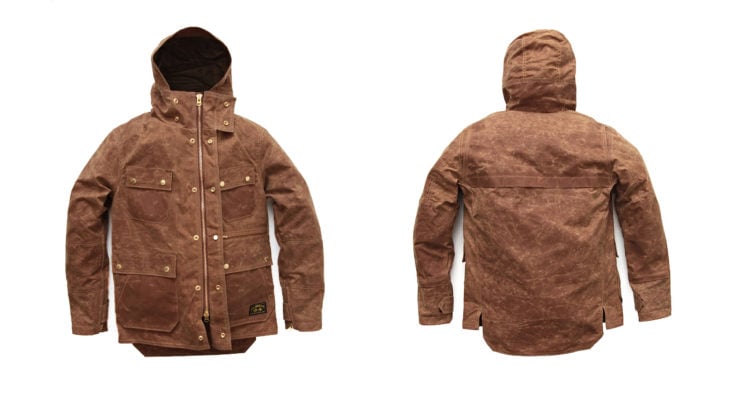 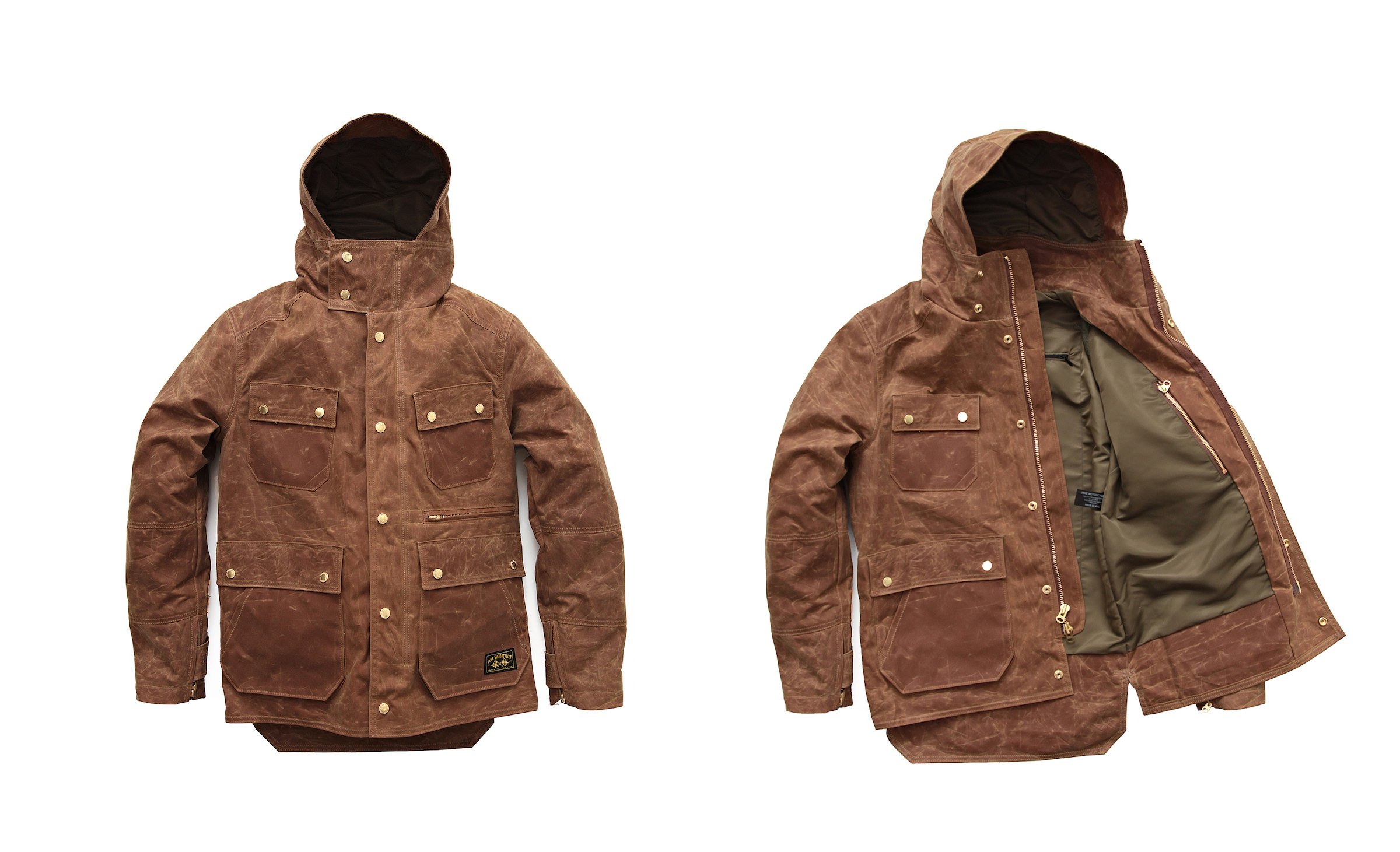