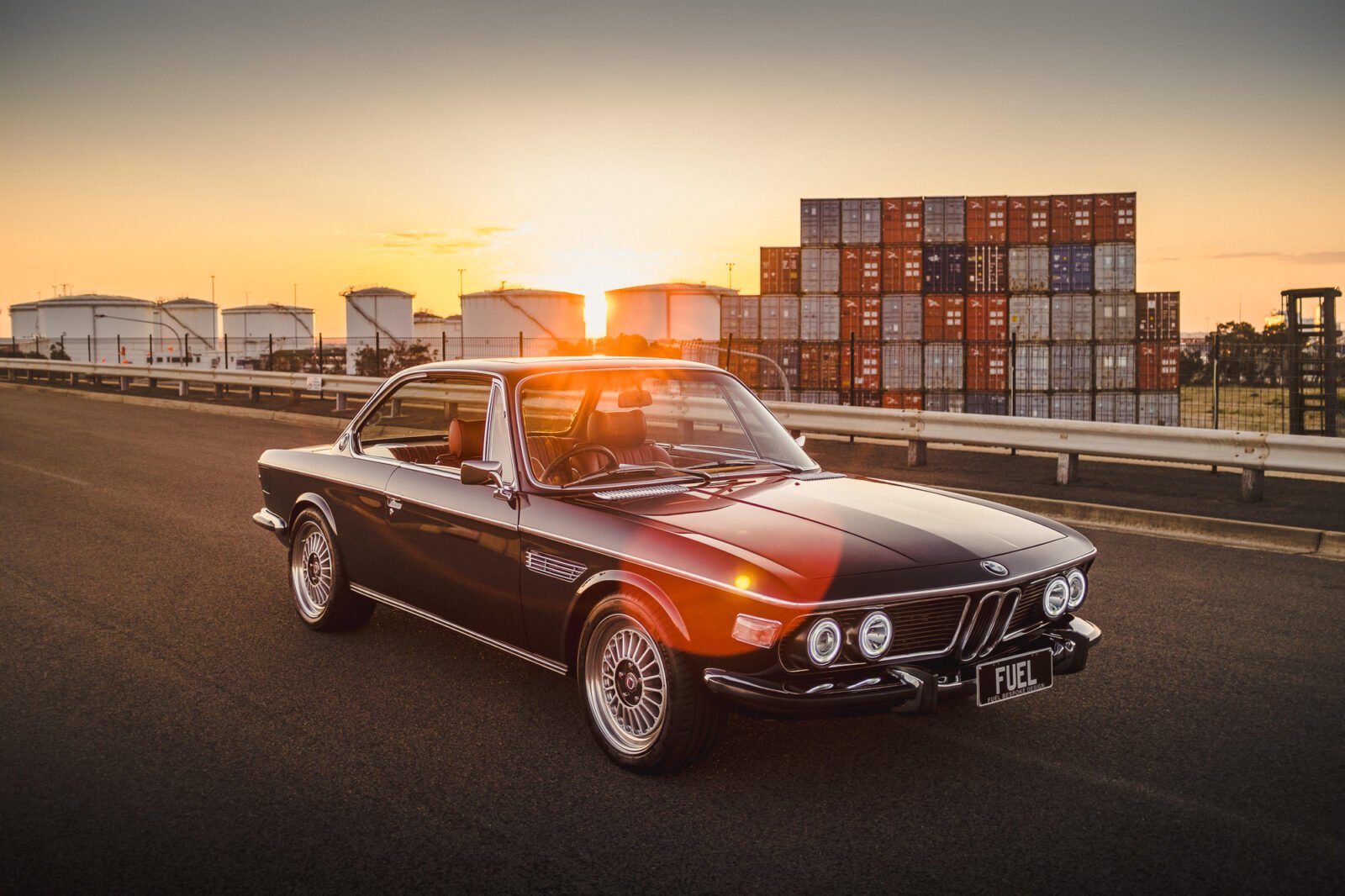 This article was written by John Ward of Fuel Bespoke Design – the builder of this immaculate custom BMW E9 named “Von Trapp”. When possible we like to bring you the story of a vehicle in the words of the person or people who built it, so you get direct insight into their thought process and methodology.

I found a sorry looking BMW 2800 CSA in a builder’s yard in NSW, Australia – the car had no engine or transmission but did look reasonably complete otherwise. I knew it would have some rust issues, they all do, back in the day Karmann the coachbuilders BMW outsourced to didn’t really focus on rustproofing the vehicles.

Having just completed the BMW 2002 aka “The Red Baron” I had a good idea of the journey I was in for, but this time I wanted to step it up a little. The E9 is in my opinion, one of the most beautiful cars to come out of BMW so I didn’t want to mess with the aesthetics but I did want to give it a new lease of life with more than a few hidden secrets.

After a complete strip down, it was off to Redistrip for a chemical dip to take it back to bare metal as it’s so much easier to repair a stripped clean body. She was pretty bad, just about every panel would need either repair work or replacement. 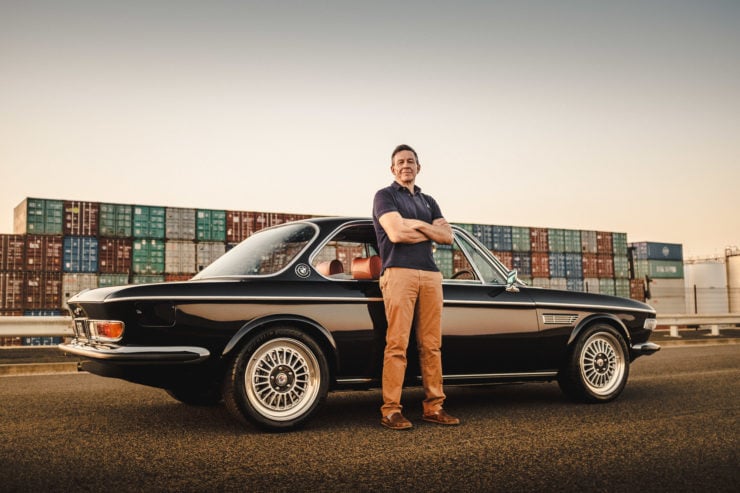 For major work like this I use the facilities at MotorRetro in Seven Hills, NSW. It’s a great concept, they have a fully equipped workshop, with everything from metal working tools to industrial spot welders and even specialist chassis beds to make sure your chassis is to factory specs and stays that way whilst undergoing major repairs like this one. They can take on all or parts of the project or offer advice and training so you can tackle it yourself.

I’m very hands on, so I did a large part of the work, in fact 600 hours of it, the boys at MotorRetro also chipped in 100 hours including lead wiping the way the factory did it.

The whole purpose of this project was to reimagine this iconic 70’s classic with all the modern engineering of today’s automotive era, so starting with the powerplant I made the decision to go with the E46 M3 3.2 litre 330HP S54 motor, the transmission would be the E36 M3 5-speed manual which was much slimmer than the E46 manual box and would fit in the E9 tunnel without modification.

I wanted to use as much of the M3 front suspension as possible, lower control arms, spindles, brakes and power steering rack were matched up with some custom Ground Control coil overs. With the help of Paul McKinnon at Evolution Motorsport in Mona Vale, NSW, we designed and fabricated a new front subframe that would position the suspension and steering geometry correctly, support the engine and clear the oil sump, which also needed to be modified to fit. 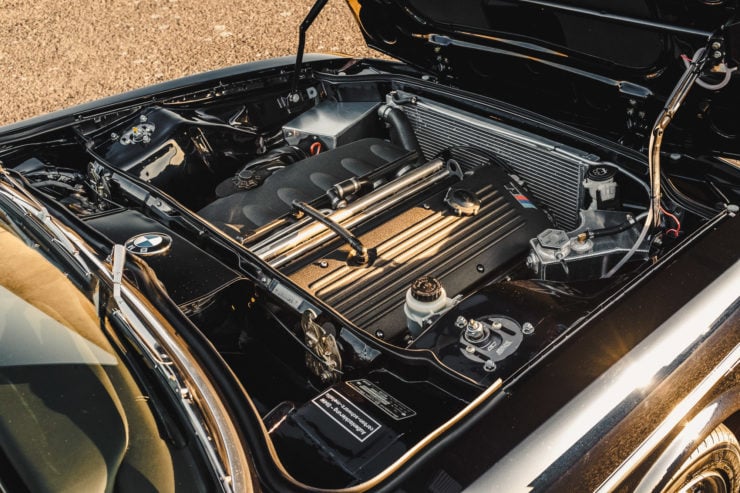 Moving on the rear subframe, the E9 set up wasn’t going to cut it, the open section trailing arms looked a little light duty considering the increased power so I acquired the complete rear subframe, drive shafts and differential from the E28 535i, it mounts straight up and with the early differential, that existing E9 centre mount can be used.

That’s the easy bit, the hard part is the spring set up, the E9 used a shock and separate trailing arm spring, the E28 has a coil over. So now the tiny E9 shock towers needed to be removed and replaced with the substantially larger E28 ones which requires significant fabrication work. Again, I used Ground Control coil overs for the rear. The differential was rebuilt with a LSD 4 clutch and 3.15 gearset and the M5 rear brake set up installed.

One of my main concerns was the rigidity of the chassis and how the pillarless designed body would handle the extra power. The E9 was very successful in the European Touring Car Championship and those cars could handle the power, so after some research I found the body strengthening specs they used back in the day and applied them to my chassis, which effectively involved stitch welding every seam in the entire chassis. 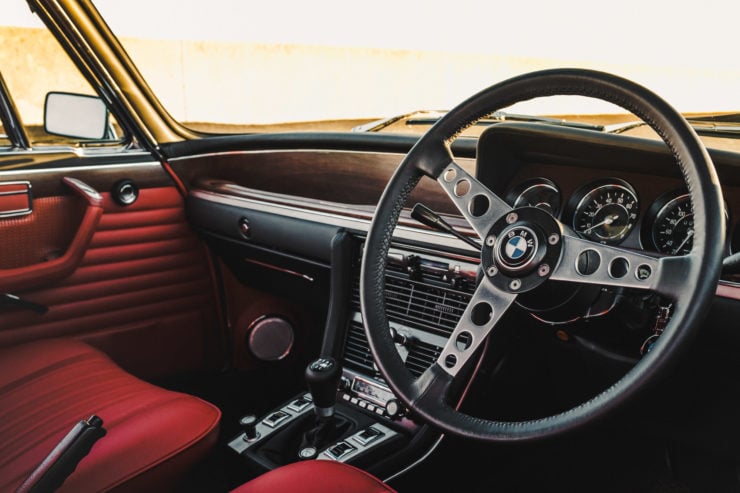 The E9, like the 2002, uses a dual remote brake booster set up, because of the size of the units, that just wasn’t an option so luckily whilst on a trip to the UK, I found a similar set up that just used a single booster with dual slave cylinders which would fit. I retained the original brake master although resleeved it with a slightly smaller bore.

The original wiring harness had been molested beyond repair so I decided to try a whole new system from Infinitybox, which is basically a CAN bus system, power cells feeding the 12v supplies controlled by a master control cell which only uses microamp triggers from the switches. It’s programmable and has some interesting customisation features like controls from your smartphone.

The custom 17-inch wheels are a 3-piece design in the style of the Alpina wheels. Finally, the car was dyno-tuned by Brintech Customs in Seven Hills, these guys do BMW engine swaps everyday so really get it. The run-in tune is just shy of 200KW at the wheels (~300 BHP or 268.2 RWHP), which is more than enough power to have some fun.

The good news is that the car, named Von Trapp, is now for sale in order to fund future projects John has in the pipeline. If you’d to contact him directly for more information you can click to visit Fuel Bespoke Design here. 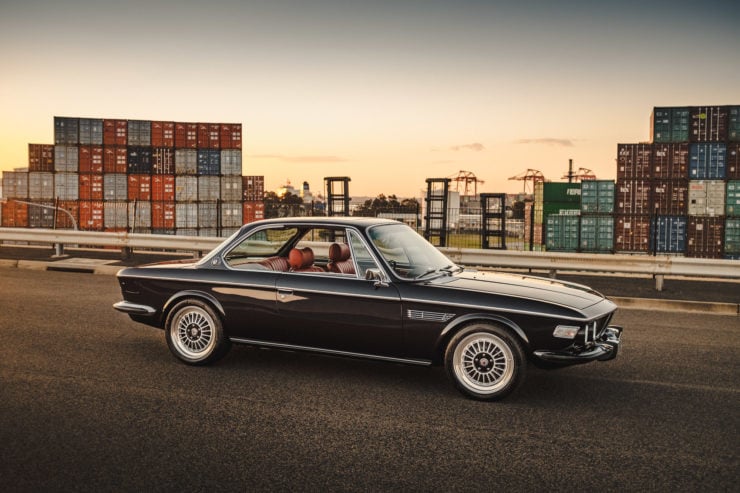 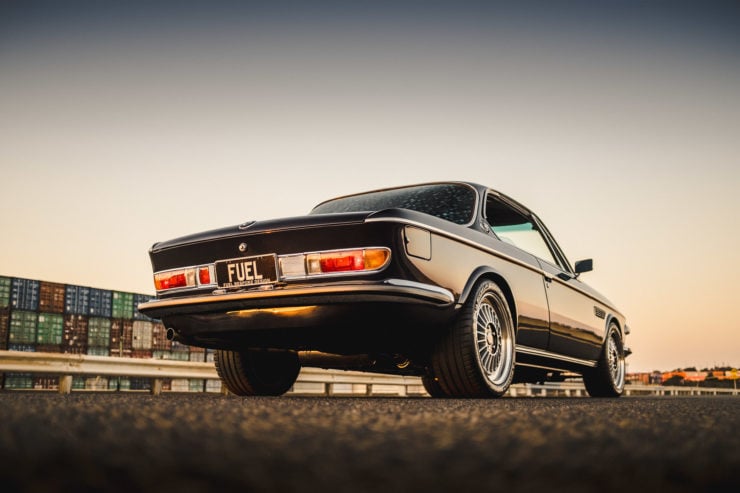 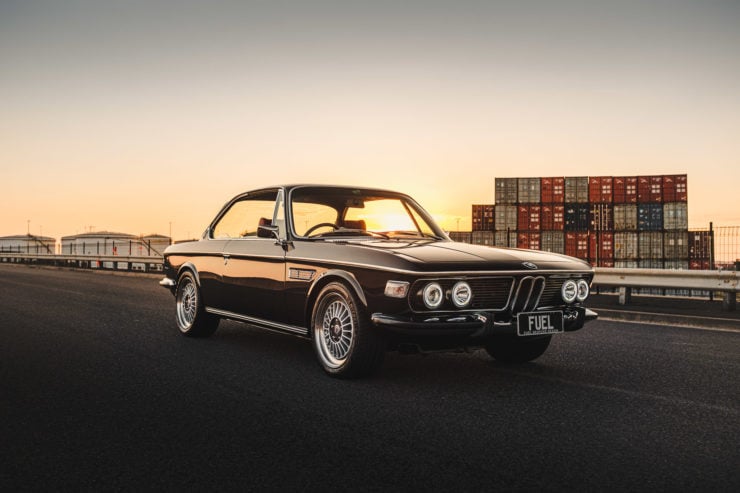 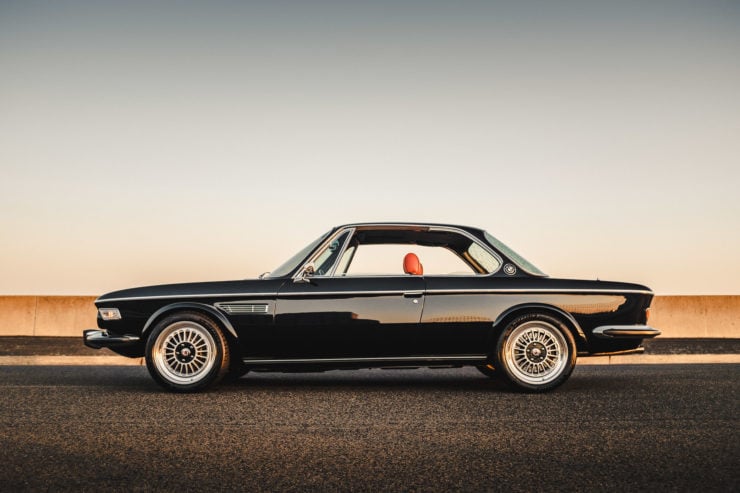 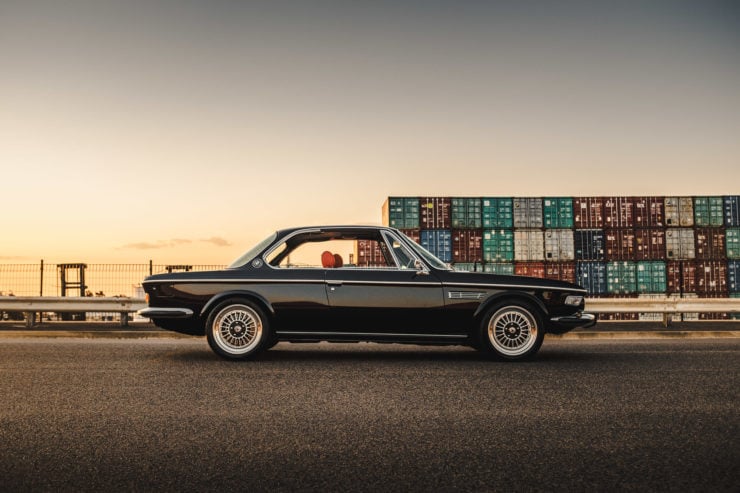 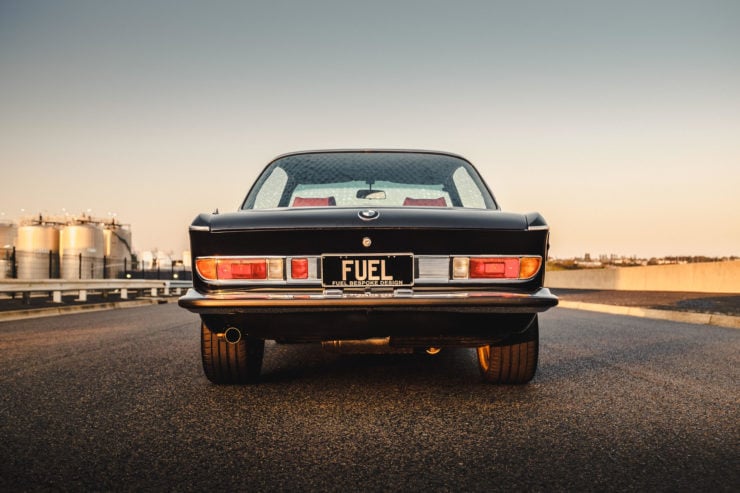 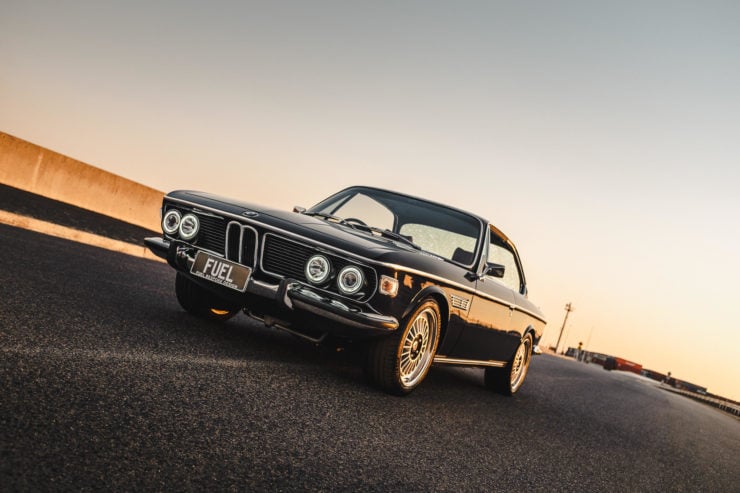 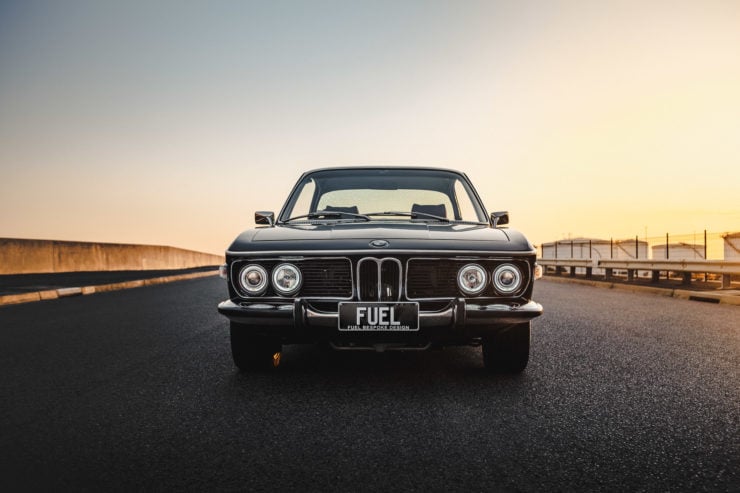 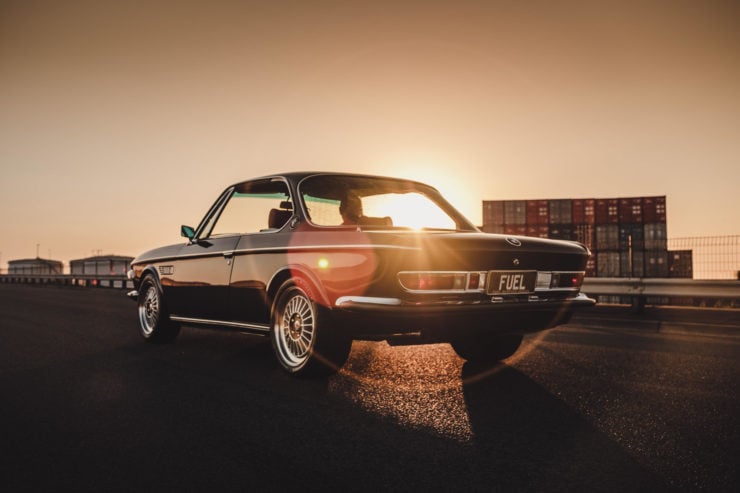 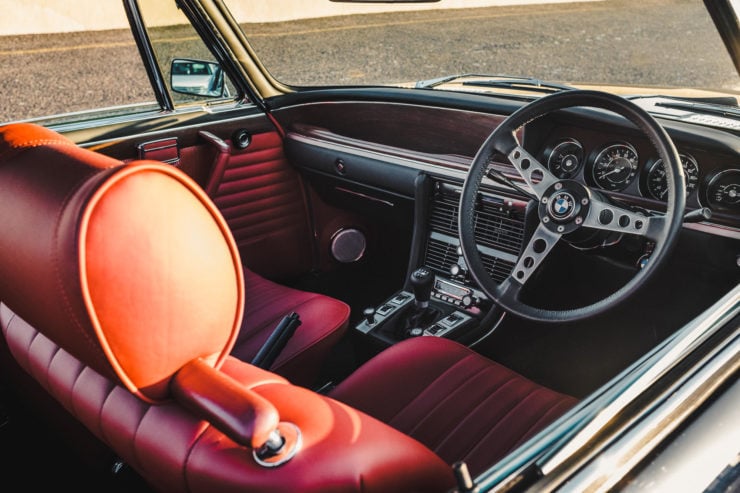 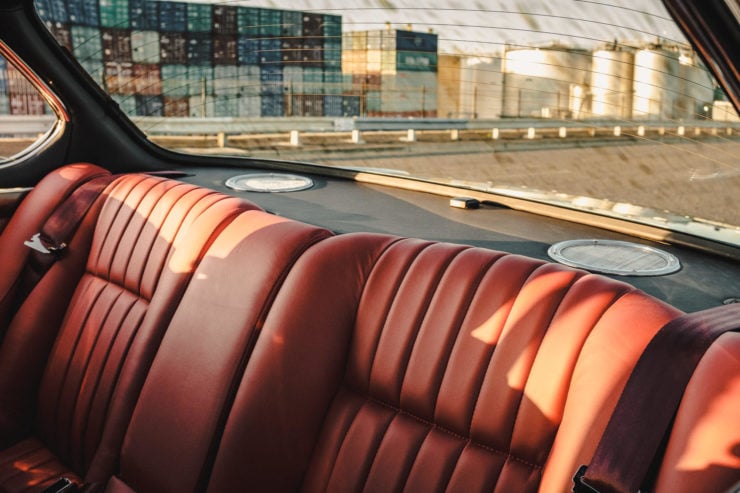 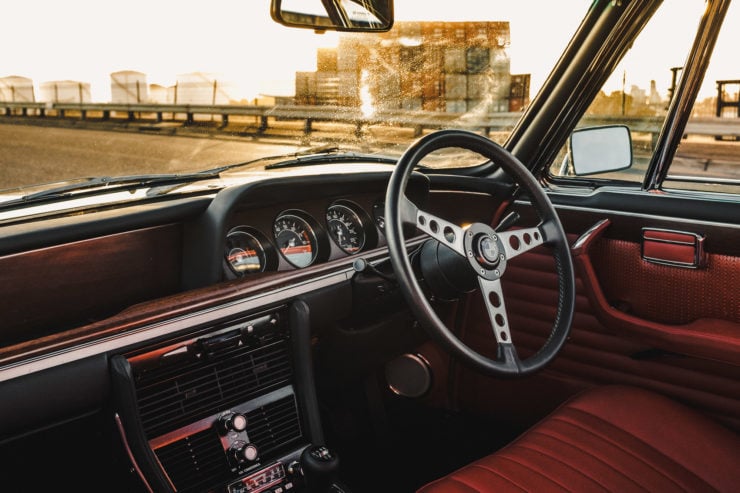 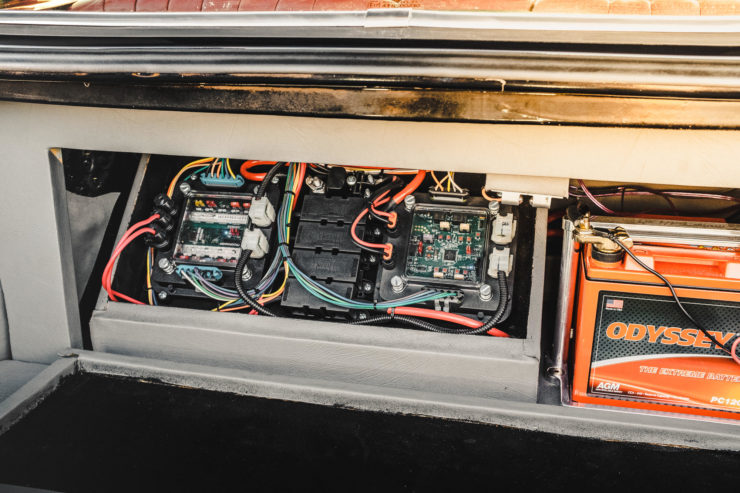 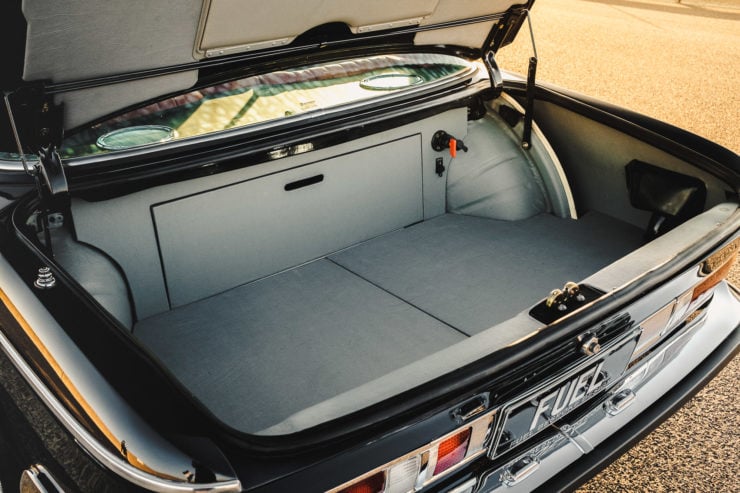 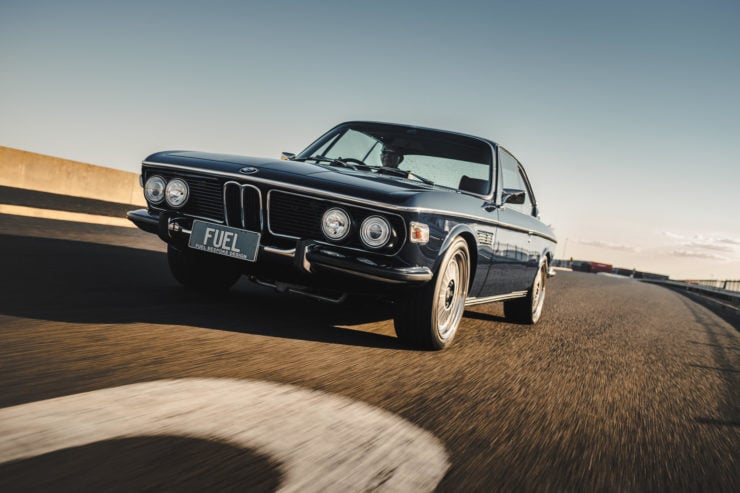 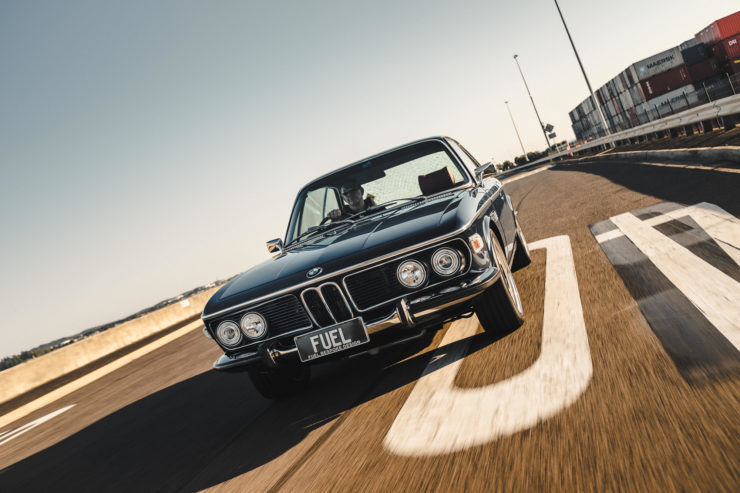 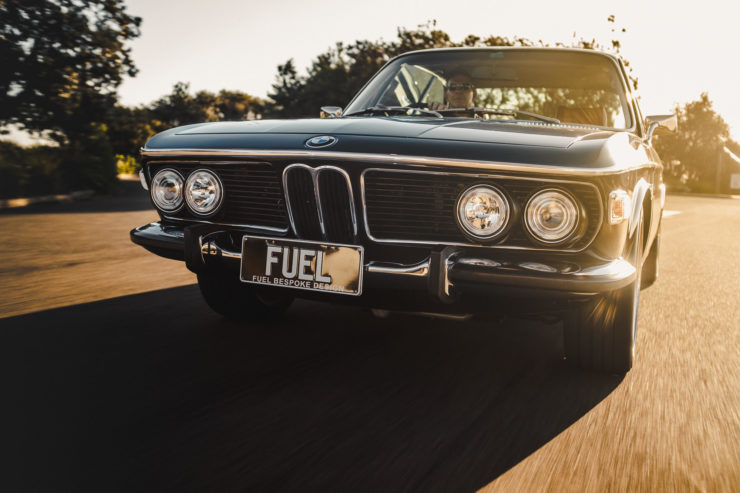 All images copyright © 2019 – Images may not be republished or used in any way without the written permission of Andrew Jones.