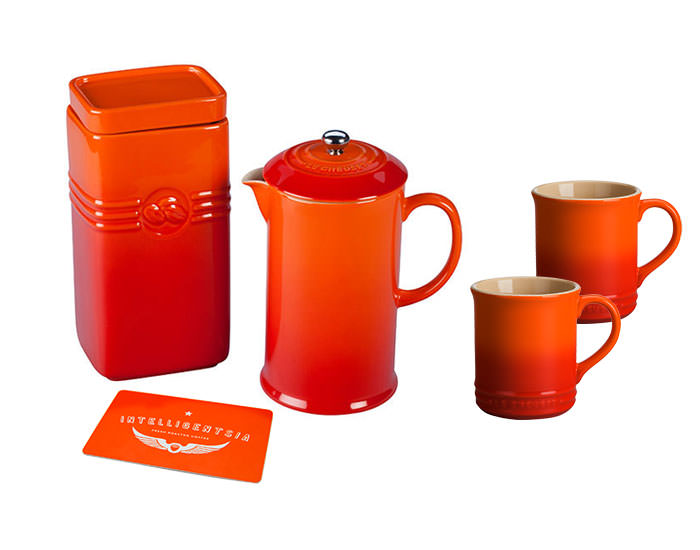 The Intelligentsia Coffee Set by Le Creuset is the toughest coffee kit we’ve seen in some time, it contains 2 cups, a coffee plunger (French Press) and a coffee container with an air-tight seal. Each of the elements in the set are made from world famous, enamel coated dense stoneware made by Le Creuset that’ll outlast the sun.