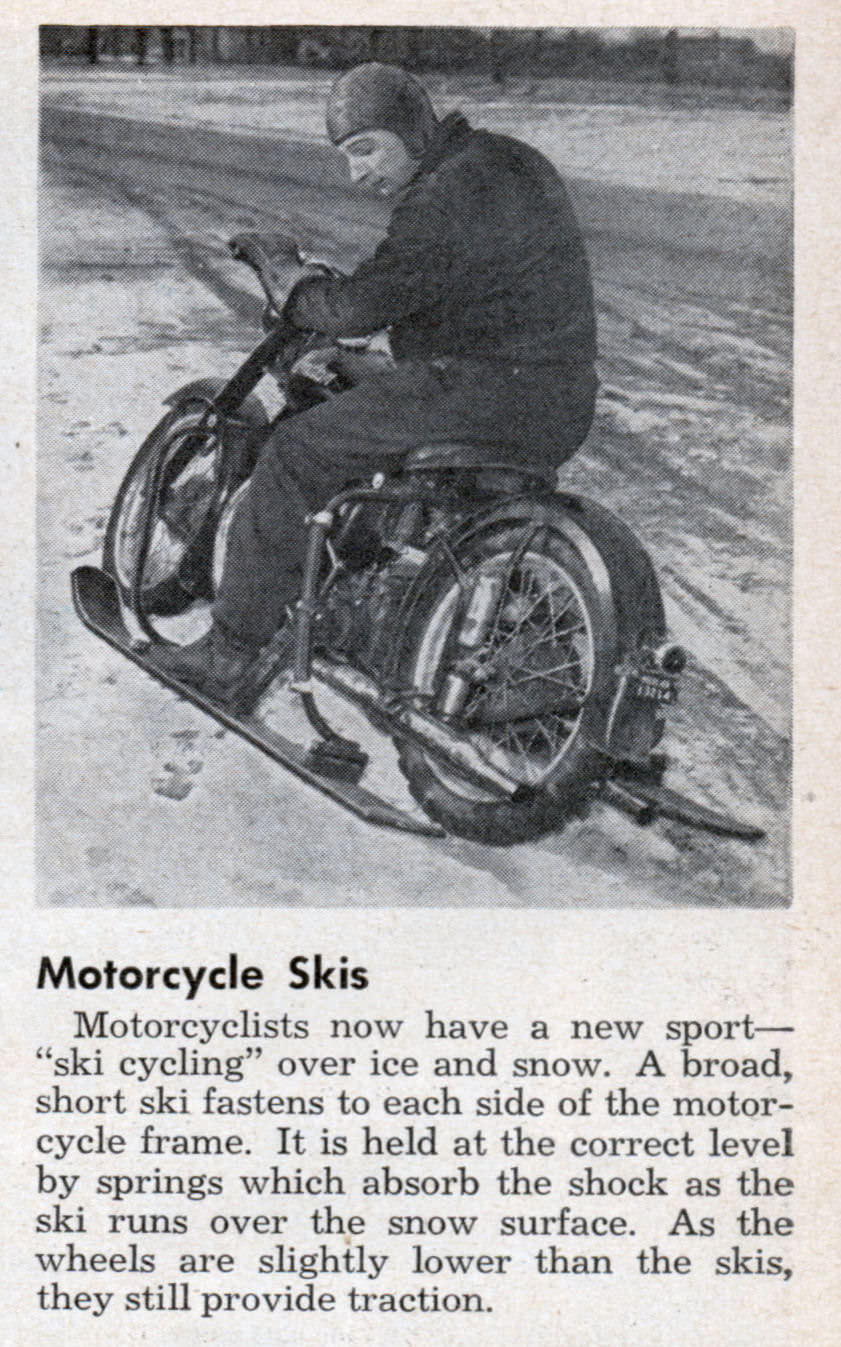 For those of you lamenting the tilt of the earth’s axis and the ensuing cooler weather – we may have found a solution. These motorcycle skis are attached on each side of the bike using springs that allow them to move up and down to absorb bumps, the motorcycle’s wheels are slightly lower than the skis allowing you propulsion and some steering capability.

Although exactly how stable it would be in corners is anyone’s guess, by looking at them I’d say they’re probably not positioned far enough apart to overcome the top-heavy nature of the bike but the only way to know for sure would be to have a go. Would you strap these to the side of your Hayabusa and head out into the snow?