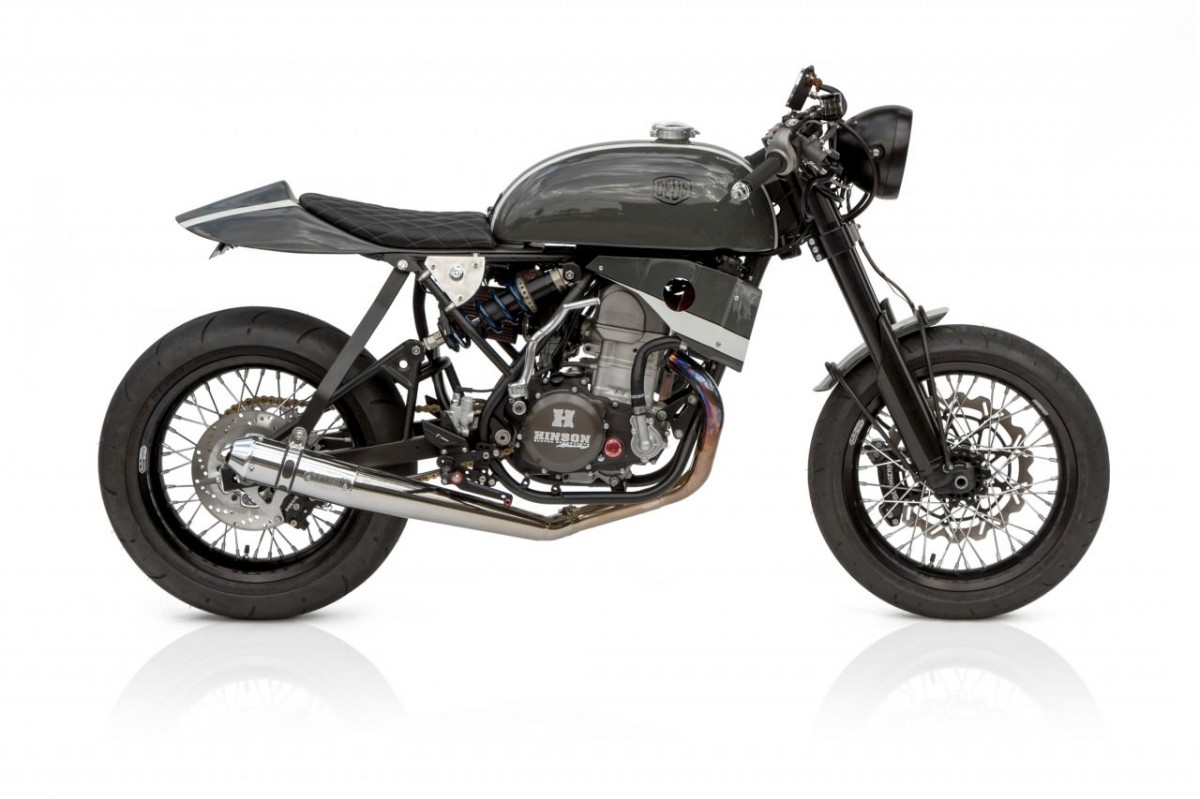 The engine in the Honda CRF450X wasn’t designed to sit in a motorcycle that looked quite like this – originally designed for off-road work, the liquid-cooled, single-cylinder, four-stroke 449cc power unit was never meant for use on the asphalt. Despite being designed for trail and dirt use, off-road motorcycle engines often make fantastic powerplants for lightweight cafe racers – they’re built to be light, reliable, high-revving all highly desirable traits for modern followers of the 59 Club philosophy.

This bike is the second in the Sibling Rivalry series built by Woolie at Deus Ex Machina in California, he dubbed the bike “Dakdaak”, which is a fun word to say but has no apparent meaning in any known human language. As previously mentioned, it’s fitted with a  a Honda CRF450X stage two motor that was specially prepped by Jim Wood at Southland racing with two-millimeter oversize stainless steel valves for reliability and longevity.

Interestingly, the forks are also from the original CRF450X, they’ve been re-valved, shortened, then adjusted for street performance by Ed Sorbo at Lindeman Engineering. The tank takes its design influence from the other bike in the Sibling Rivalry series – Boondaak, and it also has a similar custom-made  chromoly frame and swing arm.

Personally, I love creative builds like this one, that repurpose motorcycles from entirely different genres into new bikes that are capable performers in an entirely unrelated class. If you’d like to enquire after this bike you can click here to visit Deus Ex Machina. 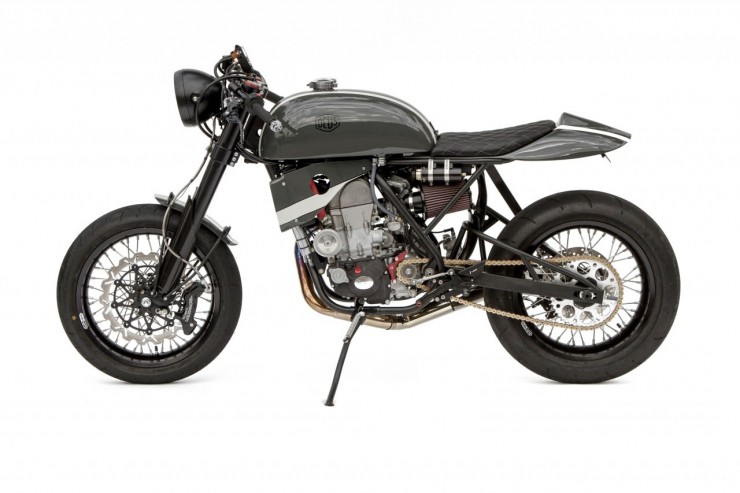 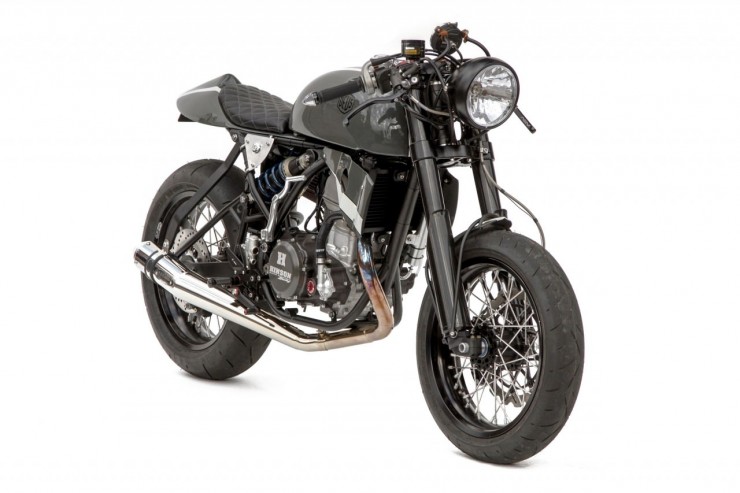 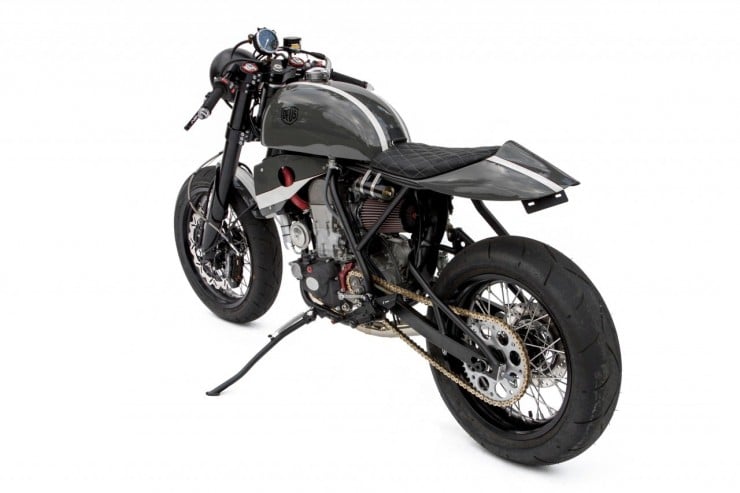 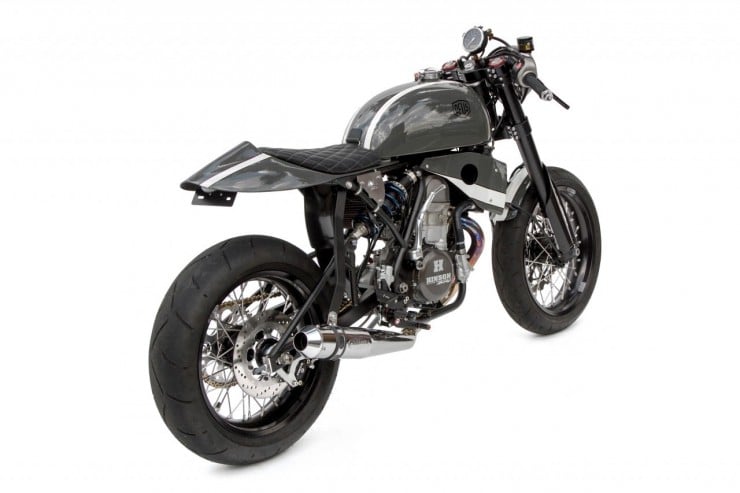 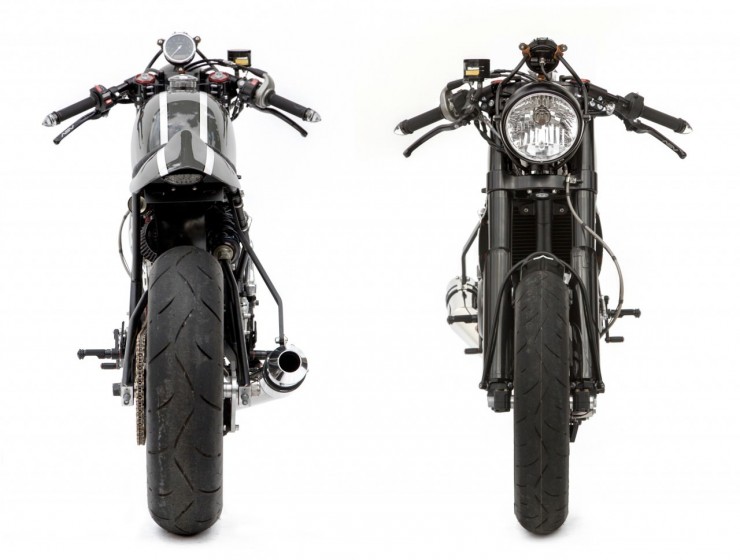 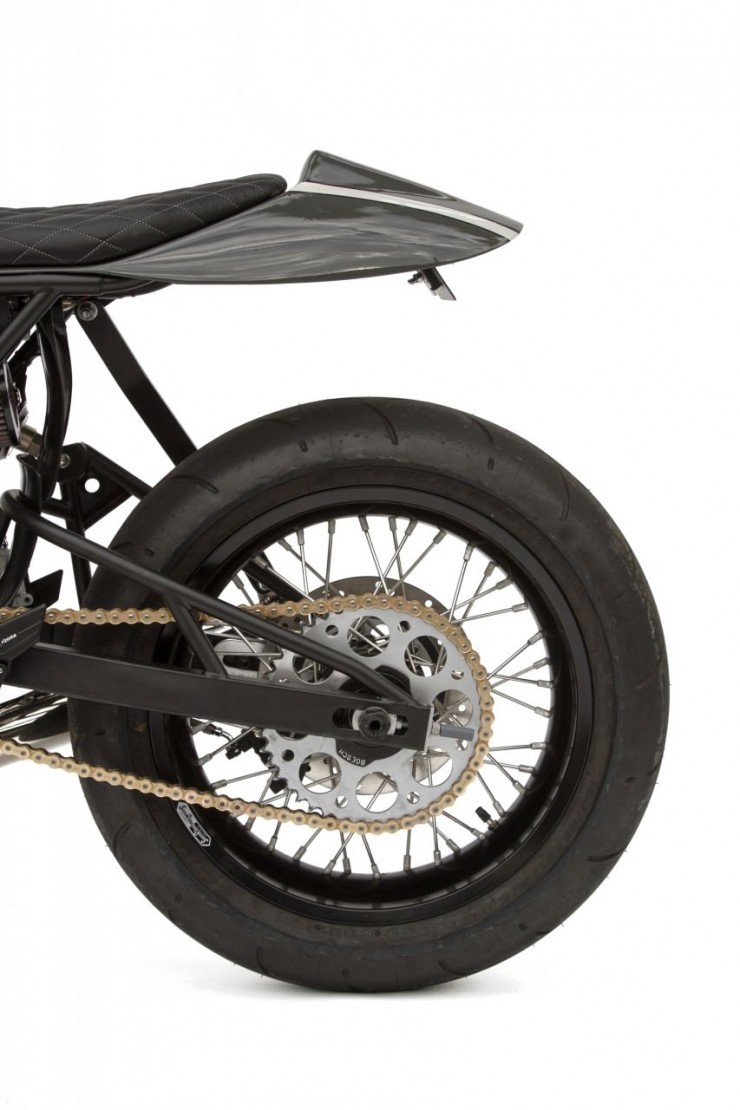 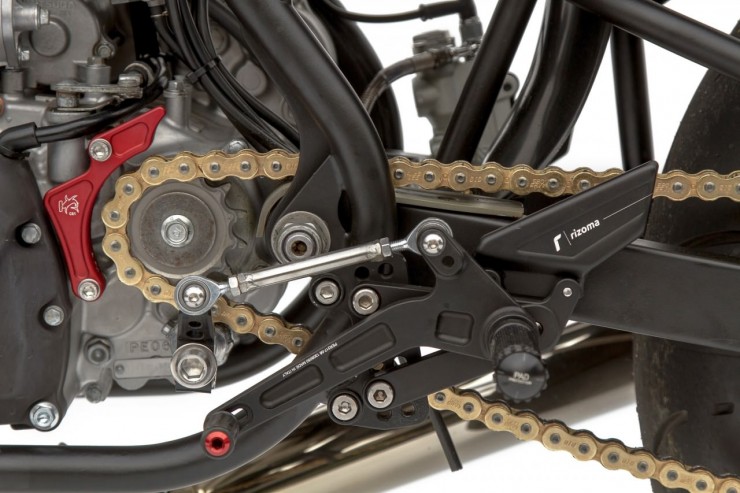 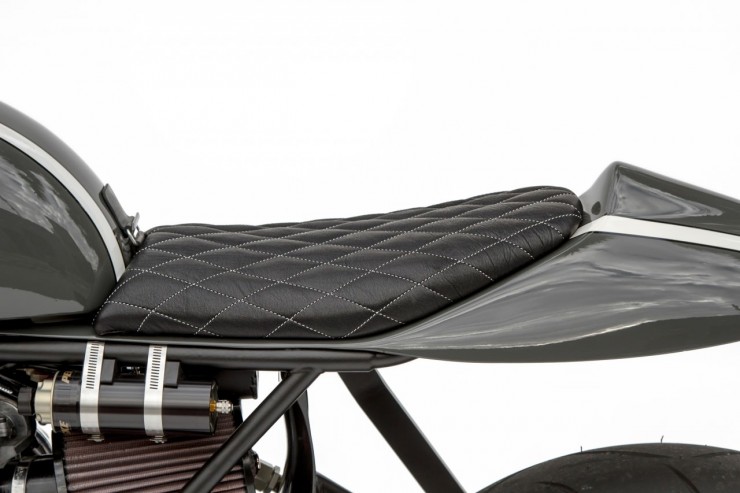 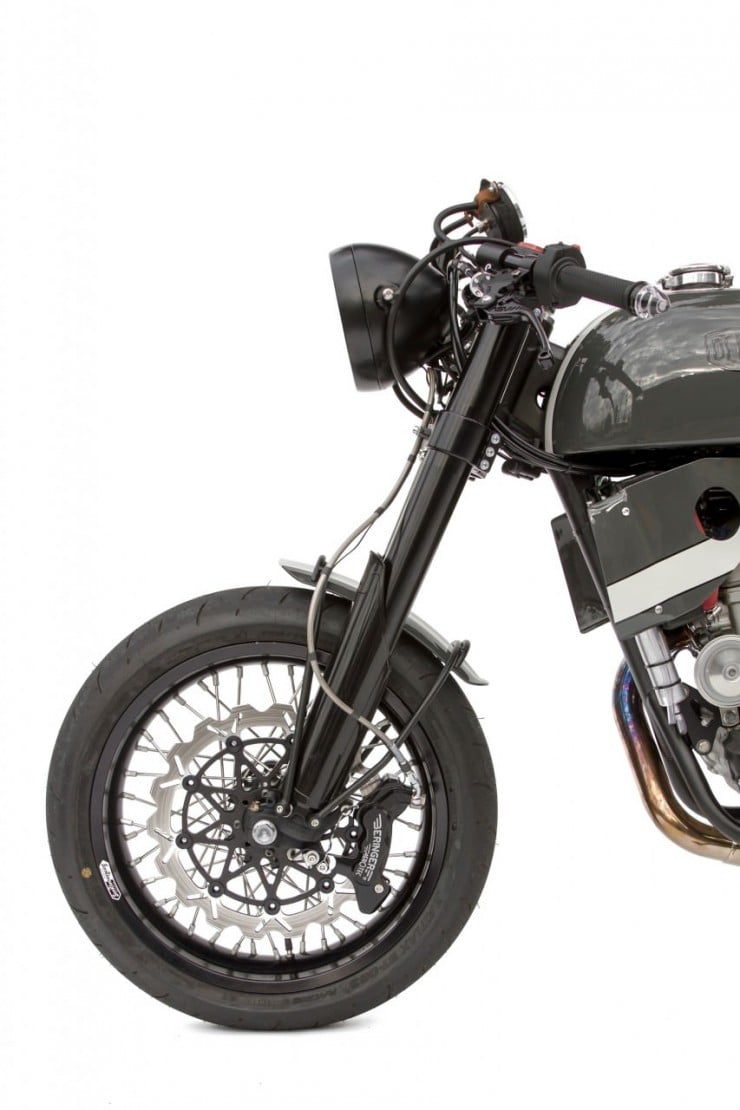 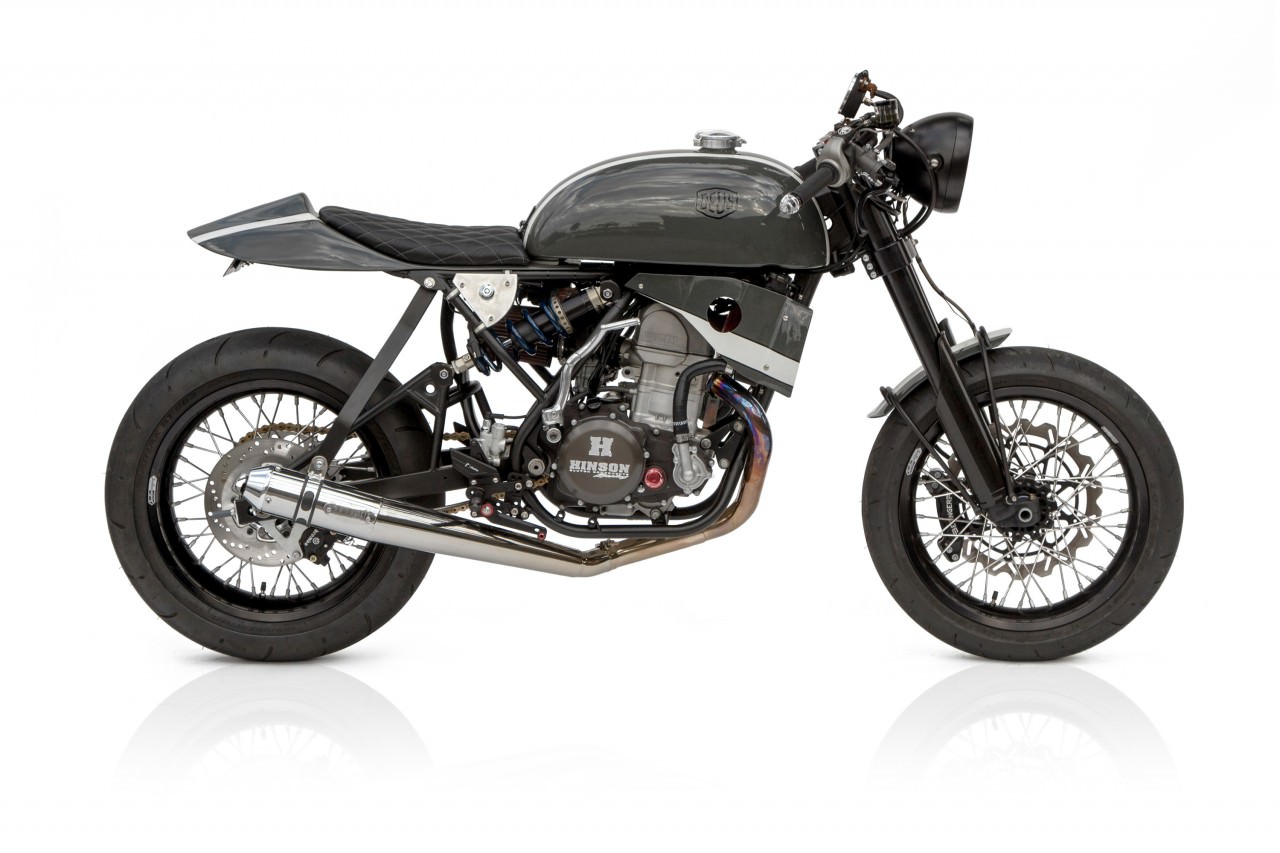