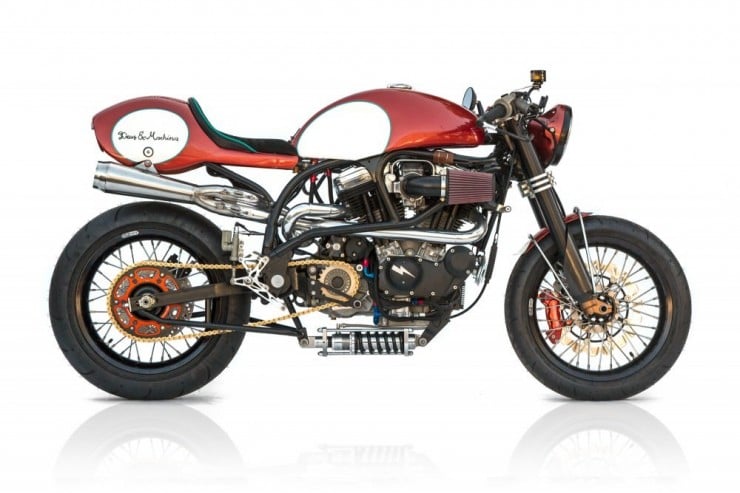 The decision by Harley-Davidson in 2009 to shut down Buell Motorcycles in order to consolidate their focus on their v-twin cruisers was met with a lot of anger and no small amount of loud noises. Many had seen Buell as Harley’s ticket to a younger, more sports oriented demographic and the decision to shut it down indicated to many that the management at HD had their head in the sand regarding their future strategy.

The good news for those who loved Buell’s work is that they’re back in production, further to that there’s a huge community around the Buell brand, resulting in custom motorcycles like the one you see here, called “Bully” by Deus Ex Machina.

The Bully started life as a stock Buell Lightning X1 before being crashed by its owner and written off by its insurance company, Deus bought the sorry remains of the X1 and wheeled it squeaking and leaking into their Venice workshop in California. Head mechanical honcho Woolie then set to work stripped it back to its bare essentials and then set to work. 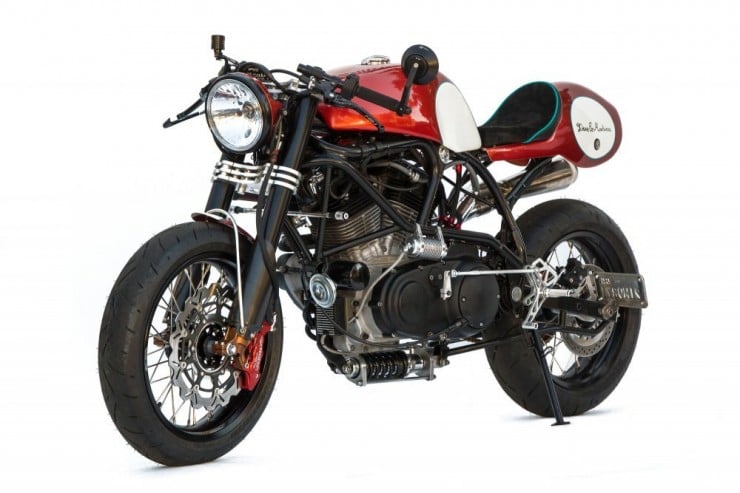 A new rear sub-frame and swing arm were needed, these were then coupled to a one-off aluminium fuel tank and seat/cowling. That under-sump rear suspension was custom made by Pierre Vallaincourt at Works Performance and the bike’s billet aluminium elements were all made by James Eiland at Rizoma USA.

The final two-tone colour choice was selected by the new owner, he has a pair of Nike Hi-Tops in the same colours and correctly guessed that it would suit the bike quite well. The finished bike is said to handle better than the original Buell Lightning X1 with many of the original production bike’s issues having been ironed out by Woolie with a spanner and a mouthful of expletives.

I always say this when we feature a custom Harley-based bike so I might as well keep up the tradition – Harley needs to be making bikes like this if they want any shot at surviving another 100 years. 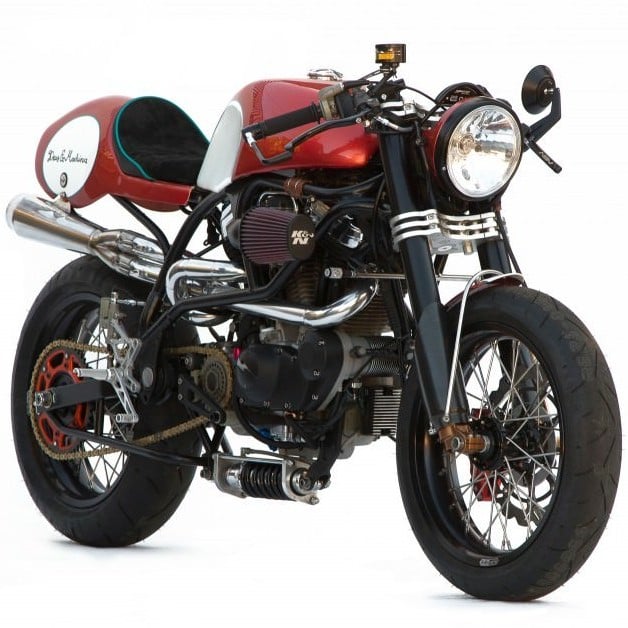 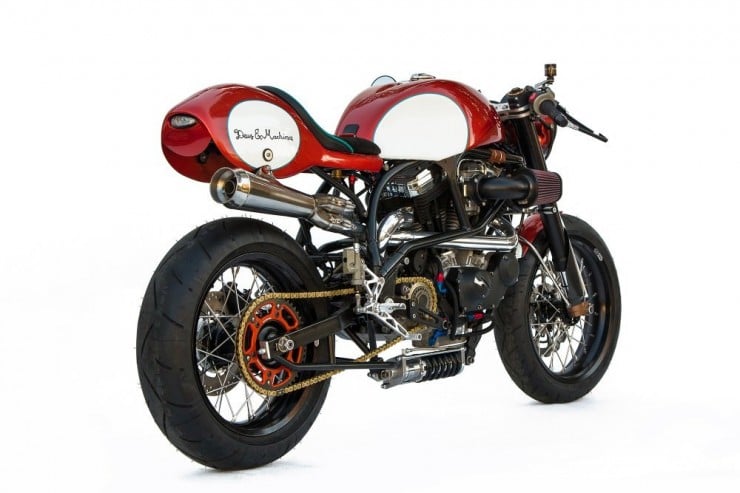 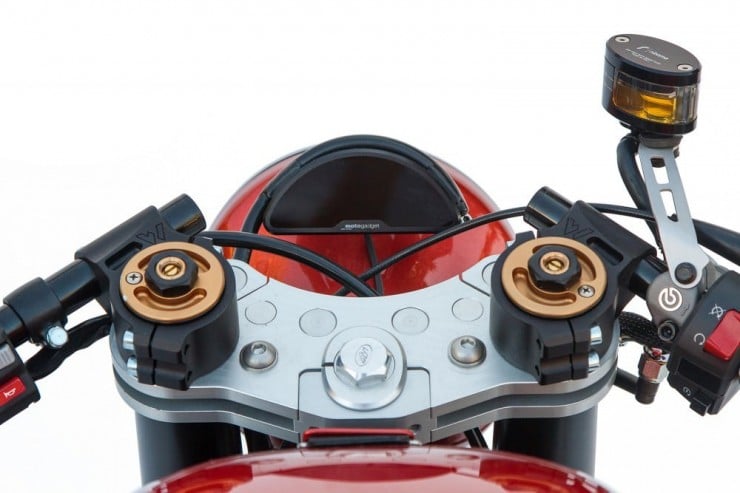 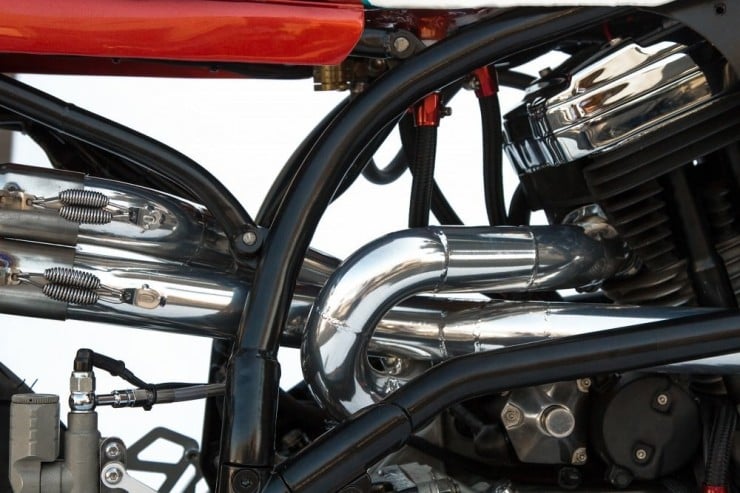 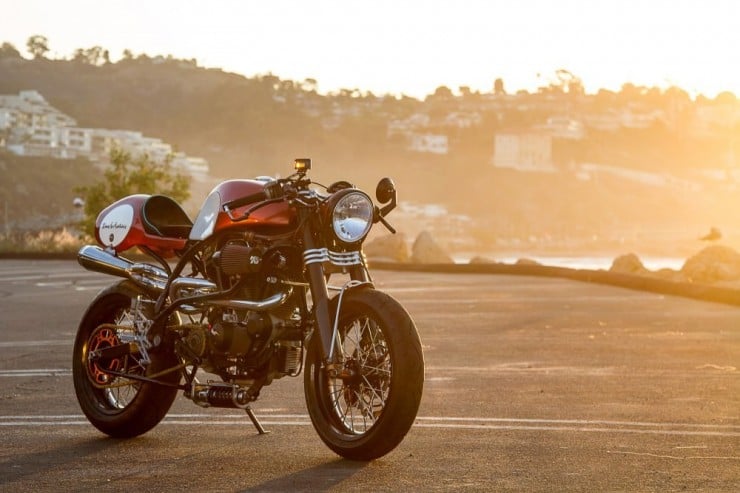 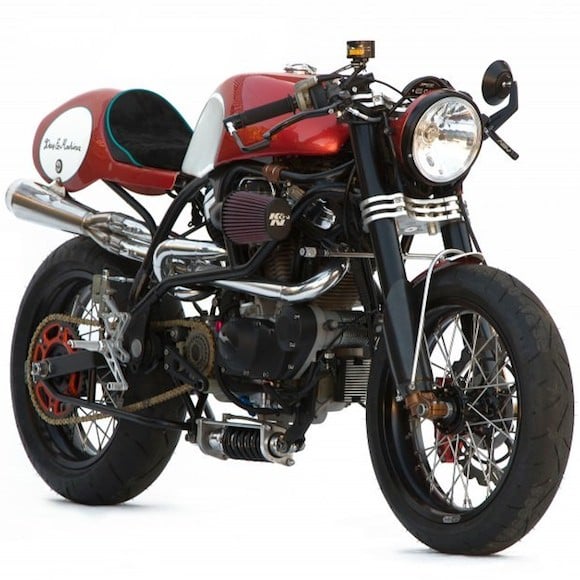