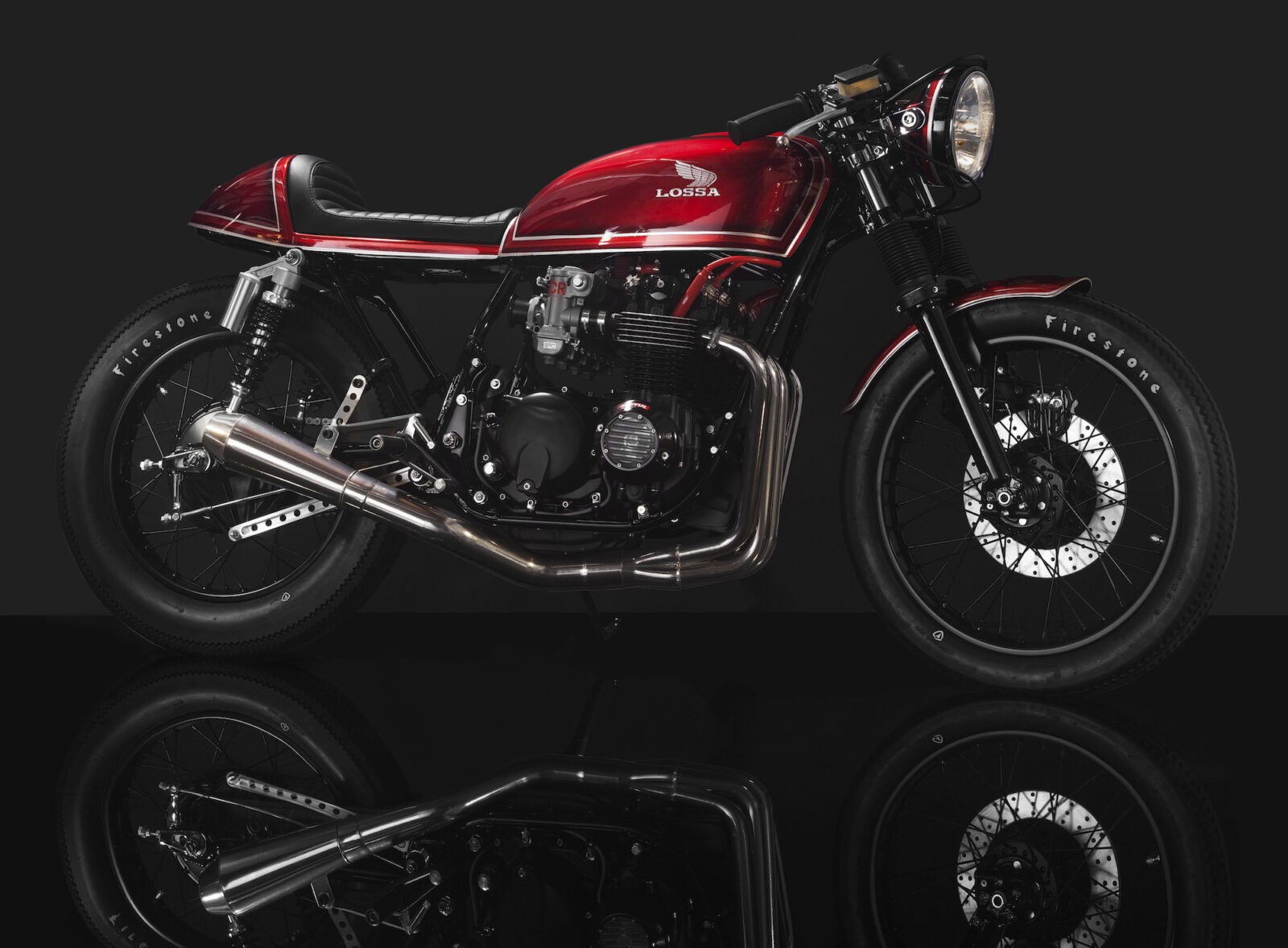 The Honda CB550 is a motorcycle that sits in the shadow of its larger sibling, the Honda CB750. Anyone who’s ridden both models will tell you that the CB550 feels quite different, and in stock trim the smaller engined bike tends to handle better – although the fact that I’ve just said that means I’m going to have an inbox full of vitriol from CB750 riders tomorrow morning.

As a base for a cafe racer, the Honda CB550 is one of the best possible choices you can make. The engine is as reliable as they come, it has a broad powerband, a huge catalogue of aftermarket parts and it won’t break the bank.

The 550 you see here is the work of Lossa Engineering, one of the leading custom motorcycle workshops on the west coast of the United States, and frequently seen on television programmes like Cafe Racer TV and Monster Garage.

The company is run by Jay LaRossa, a San Fernando Valley native who grew up in a family that owned motorcycle dealerships. His work tends to be characterised by his attention to detail and his focus on cafe racers and flat trackers – in a part of the country that’s better known for its choppers and bobbers.

When Jay and the team at Lossa Engineering set about building this bike they decided to complete a full tear down, and then added a 608cc big bore kit, a ported and polished head, Lossa exhaust headers, a Megacycle cam (with matching valve springs and titanium retainers), Keihin CR racing carburettors, a ceramic coated Lossa muffler, a Dyna electronic ignition, Dyna mini coils and NGK spark plug wires – and then the whole shebang was dyno tuned to get the jetting and timing correct.

The eye-catching paintwork was done by Kustoms Inc. and every nut and bolt was either replaced with stainless steel or was re-zinc plated or chrome plated. The completed bike is an excellent example of what can be achieved with the CB550, and it’s been developed in such a way that it’ll never look dated. 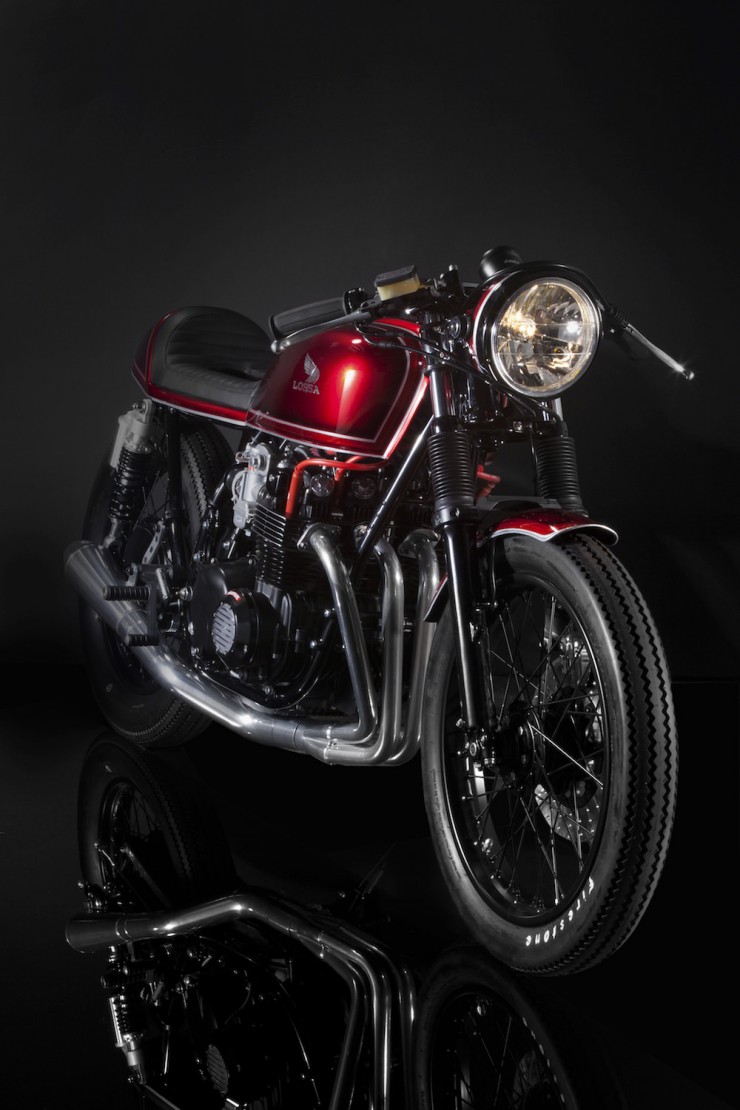 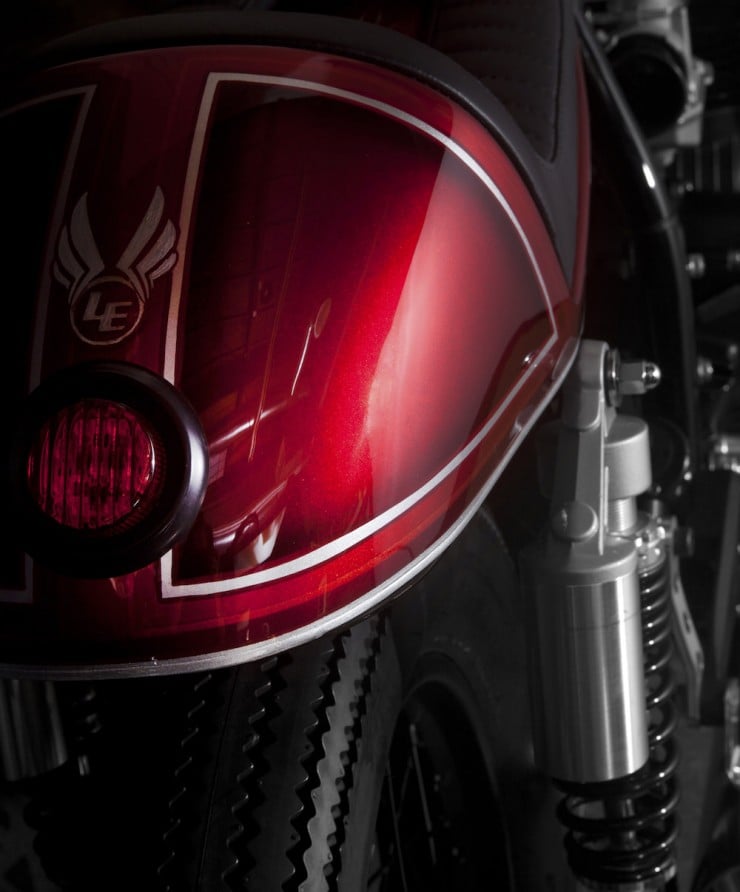 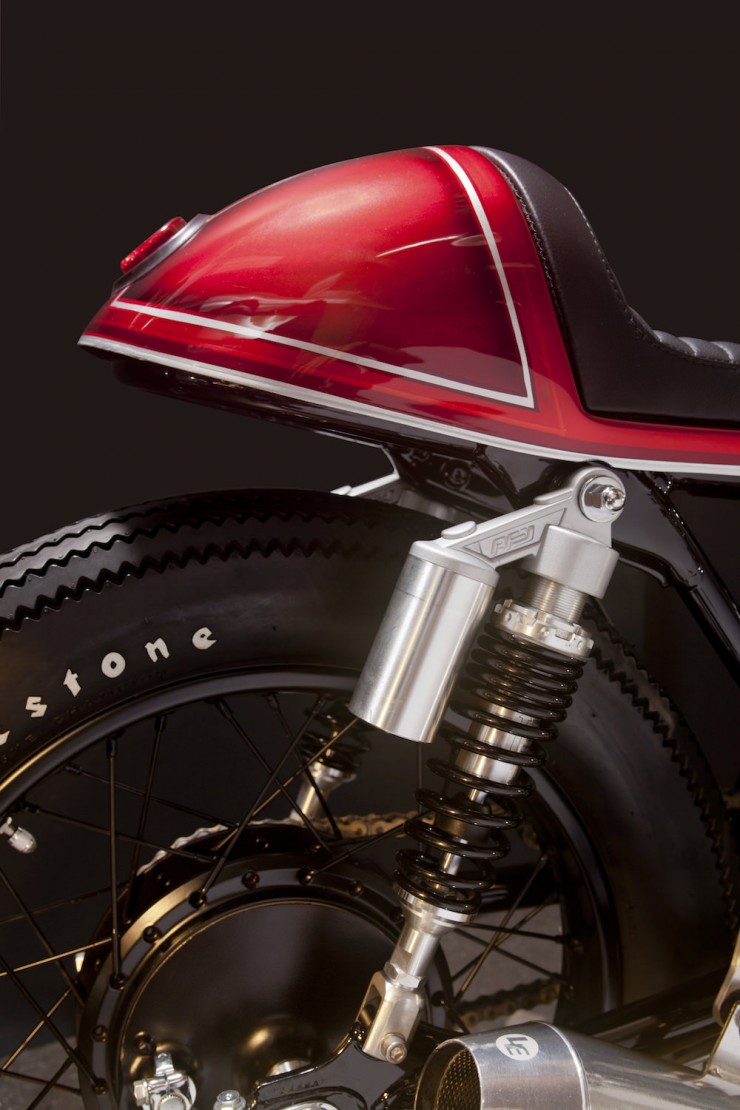 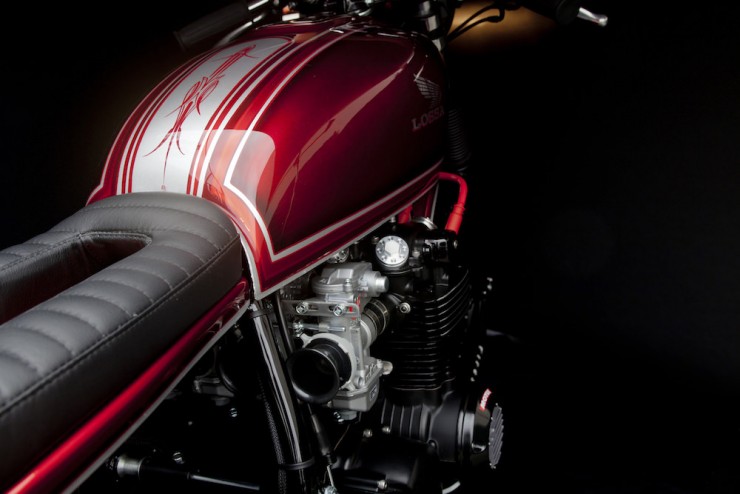 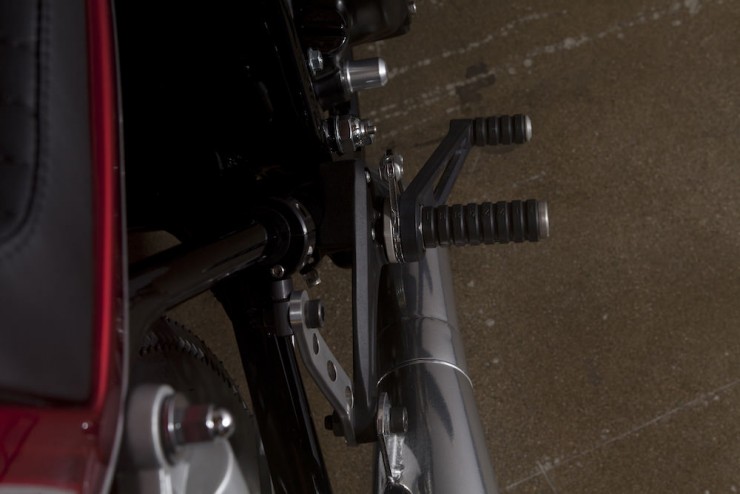 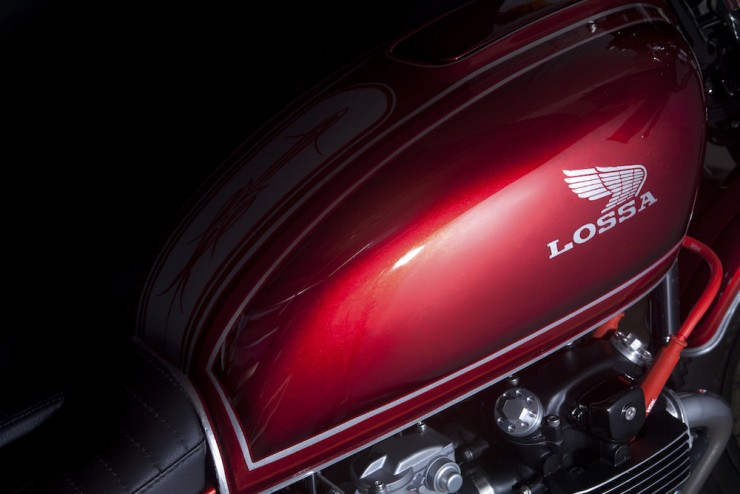 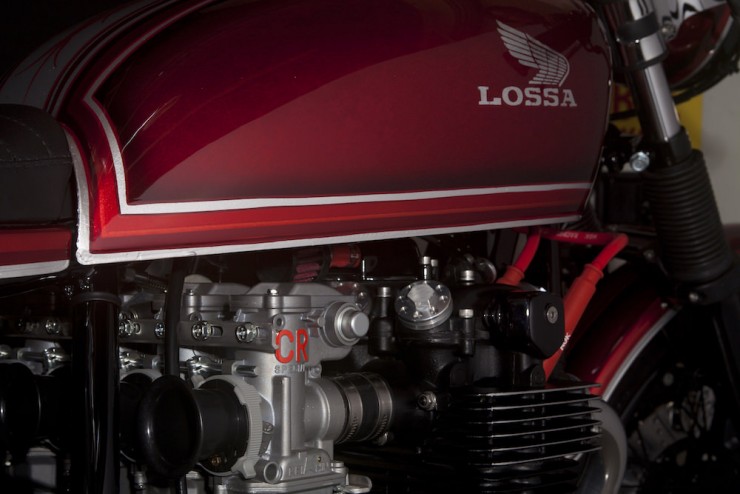 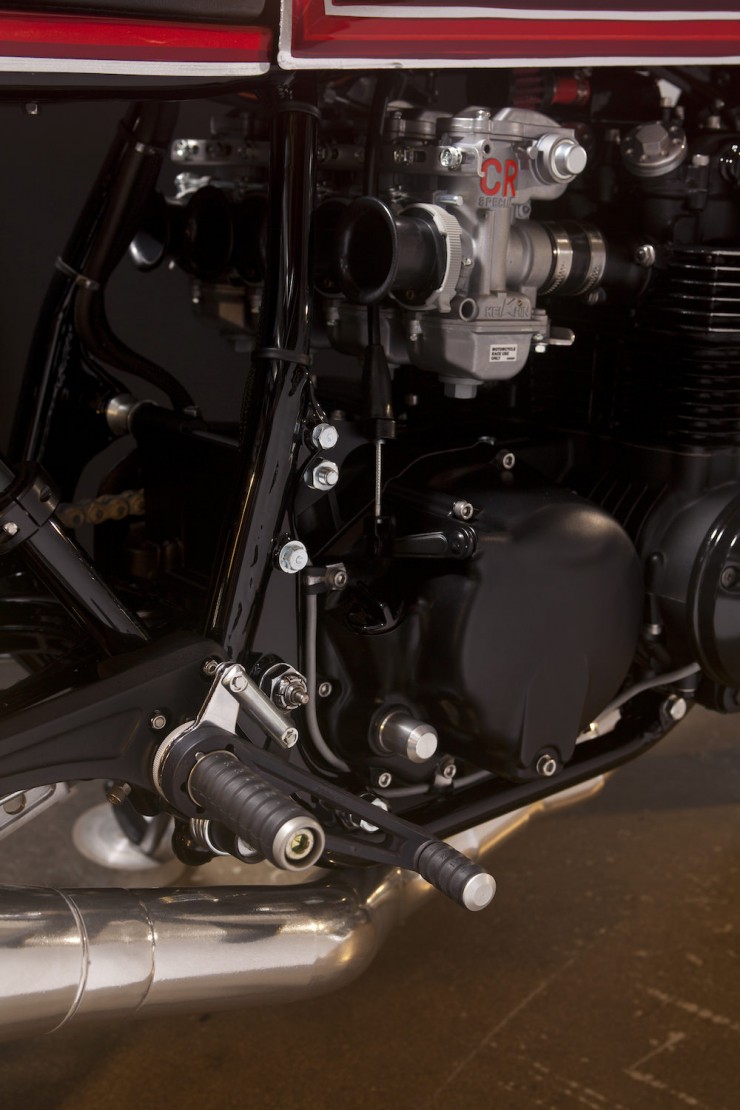 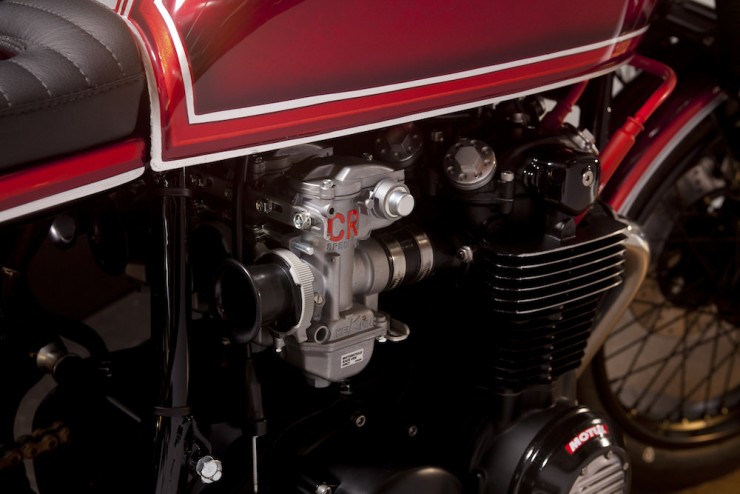 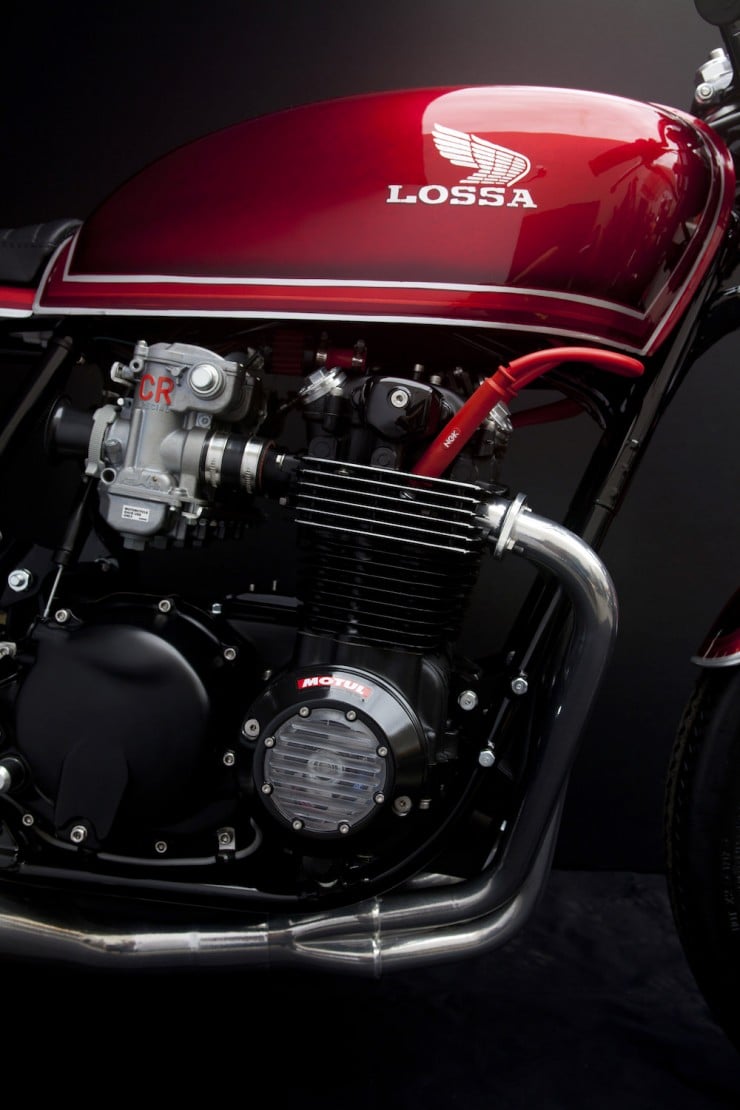 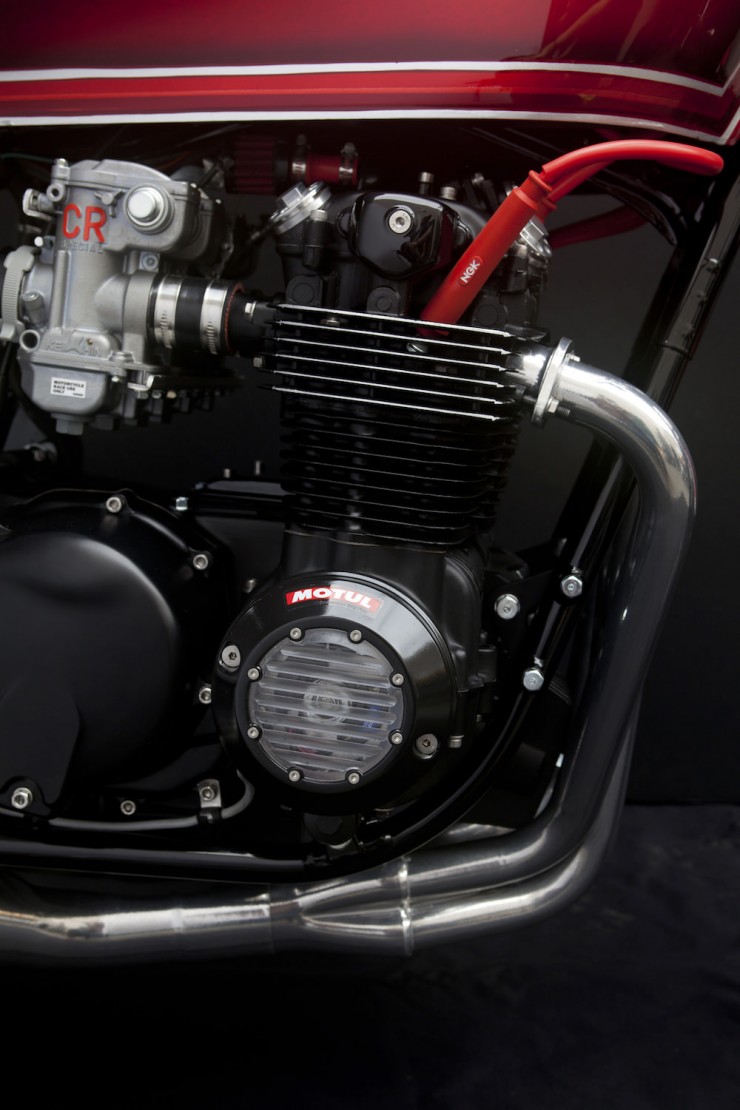 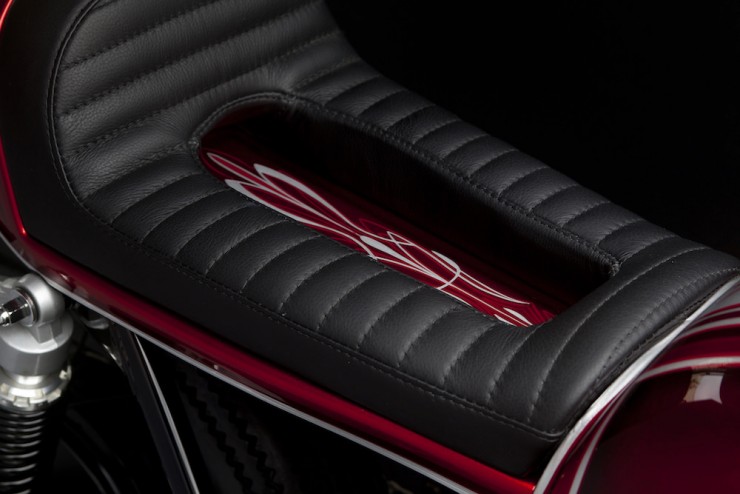 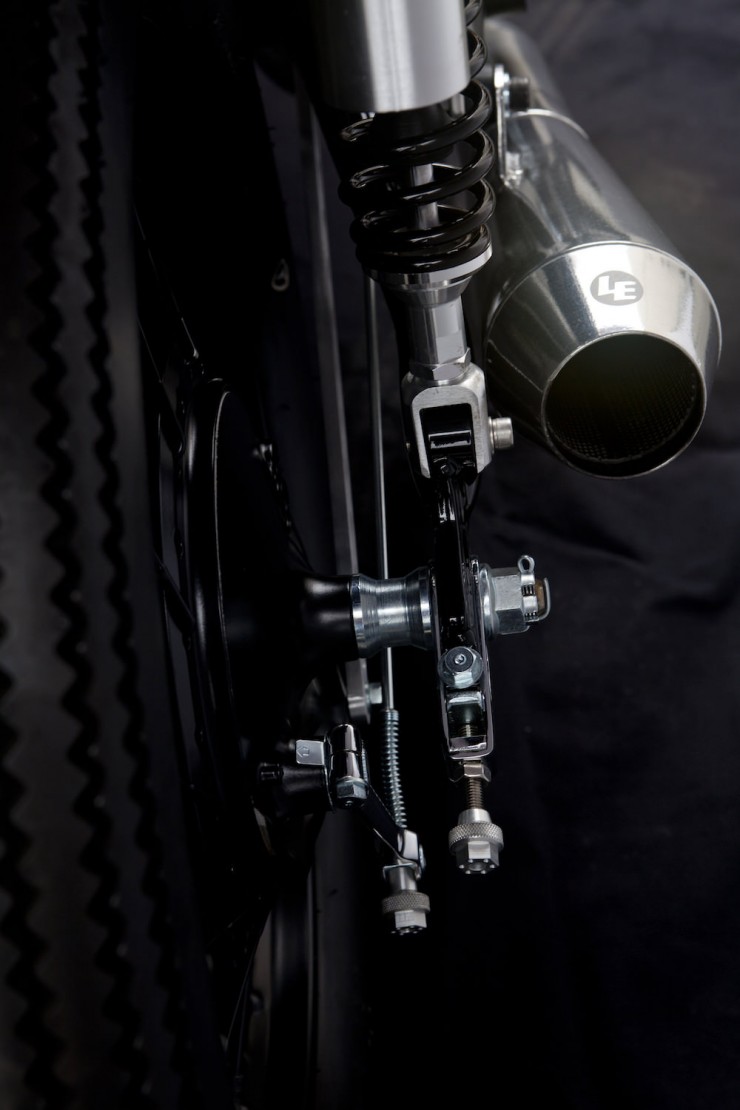 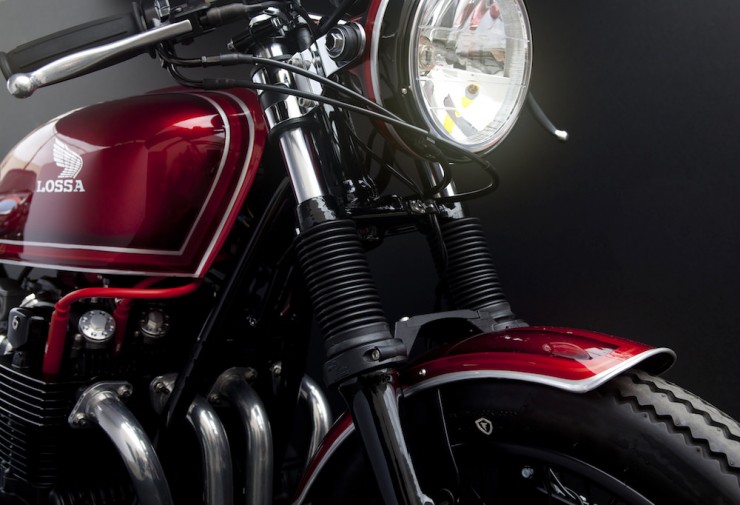 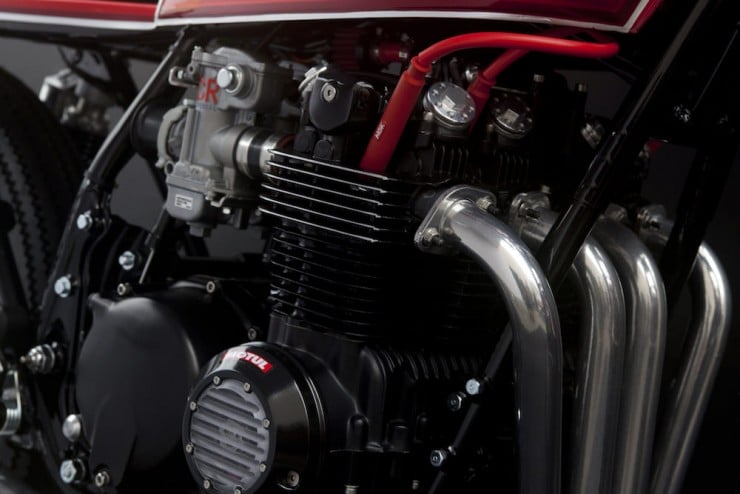 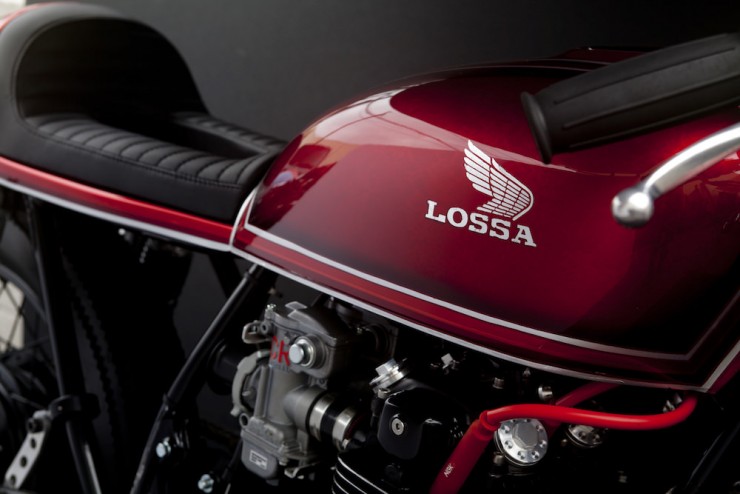 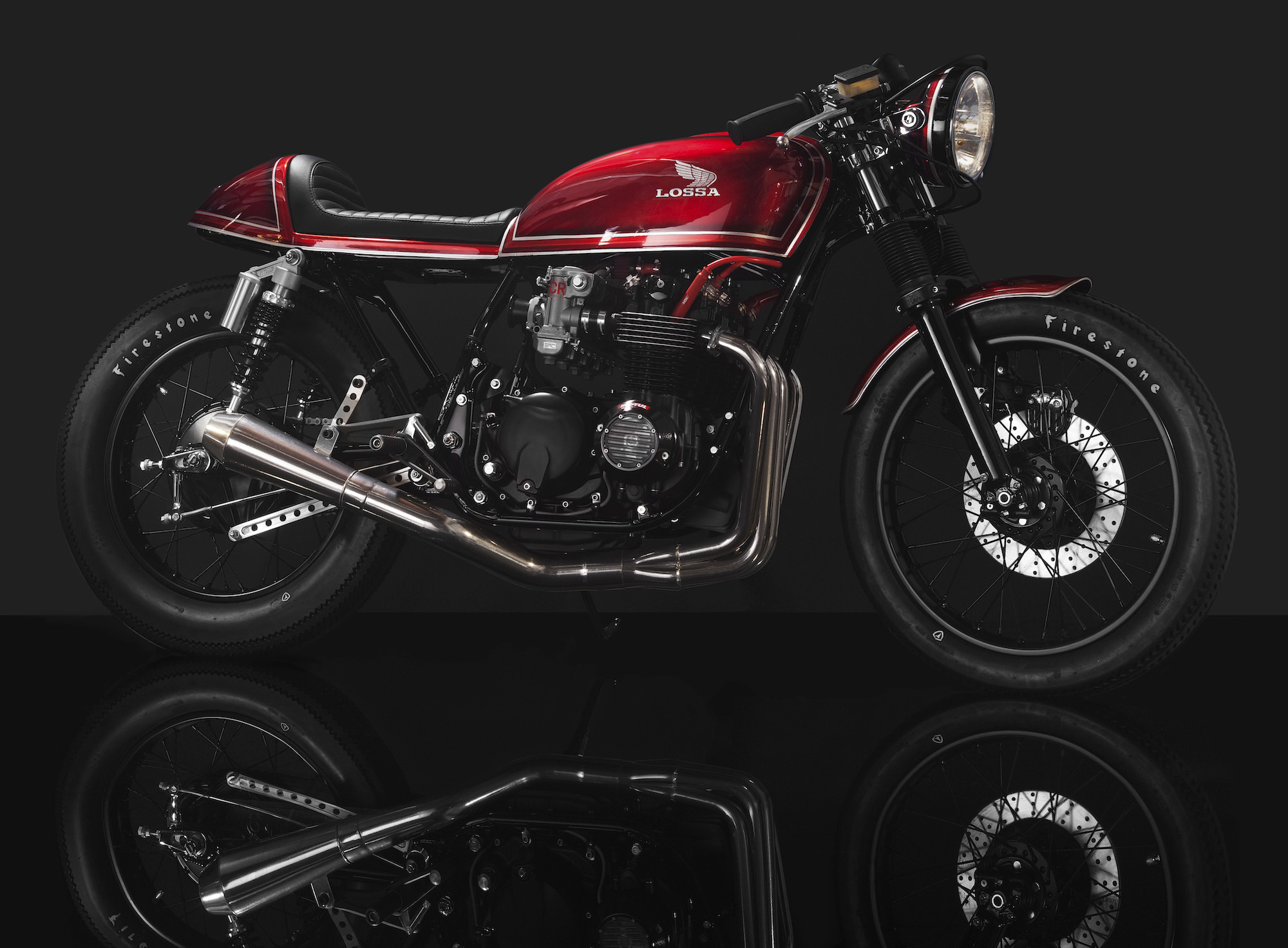