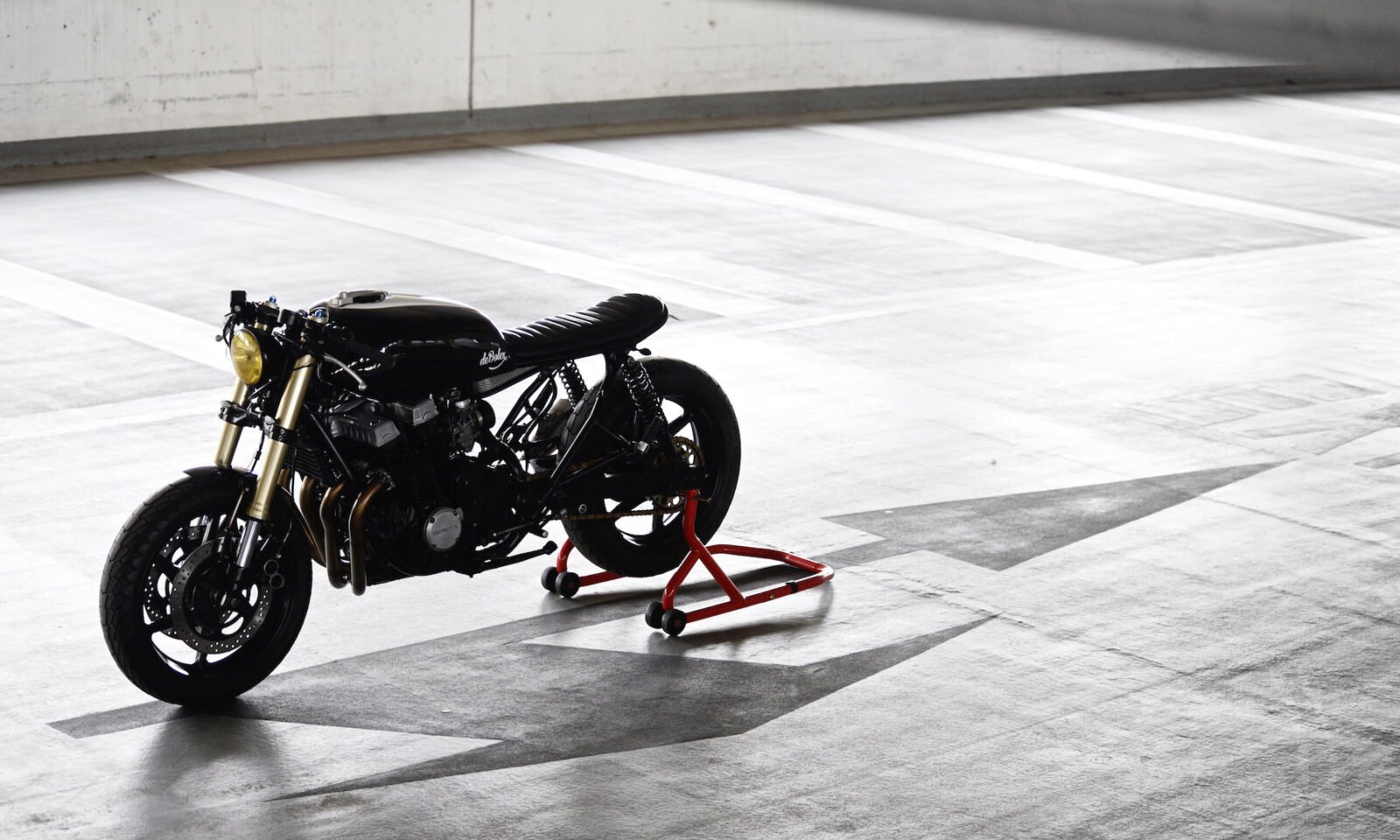 The Honda CB750 is one of the most important motorcycles of the 20th century, it was responsible for the coining of the term “super bike”, and it signalled to the world that the Japanese motorcycle industry had arrived.

From its introduction in 1968 throughout the ’70s and into the ’80s, the CB750 saw constant development. The early engines had a SOHC, which would later give way to a DOHC, the early points ignition system was replaced with a transistorized pointless ignition with electronic advance, and a cam chain tensioner was added – resulting in a bike that needed almost no routine maintenance.

The Honda CB750 F2N was one of the last iterations of the model, and as such it represents the ultimate evolution of the bike that put Honda on the map as a manufacturer of large capacity motorcycles. The F2N you see here has just been through an extensive rebuild by London-based deBolex Engineering, the entire front-end has been replaced to give it modern suspension and braking capabilities and any excess weight has been trimmed to improve performance.

The inverted shock absorbers were sourced from a Yamaha R1, they required a modified triple tree and a series of machined parts to get the stock wheel to fit correctly. The fuel tank was pulled from a Honda CB650 and the airbox/battery area was cleared out completely thanks to new pod air filters and a tiny Shorai lithium battery.

The seat pan and seat were both fabricated from scratch, although the seat has a relatively low profile the team at deBolex spent some time experimenting with modern foam compounds to make sure the bike could handle being used as a daily rider without causing its owner any discomfort.

As this bike is going to spend its life in the somewhat rain-prone United Kingdom it was decided that a pair of Dunlop Sportmax tires would be the best compromise between dry and wet performance.

Since being delivered to its new owner the deBolex CB750 F2N has clocked up over 5000 miles, and it’s currently used as a daily rider through the city streets of London. If you’d like to read more about the bike or deBolex Engineering you can click here. 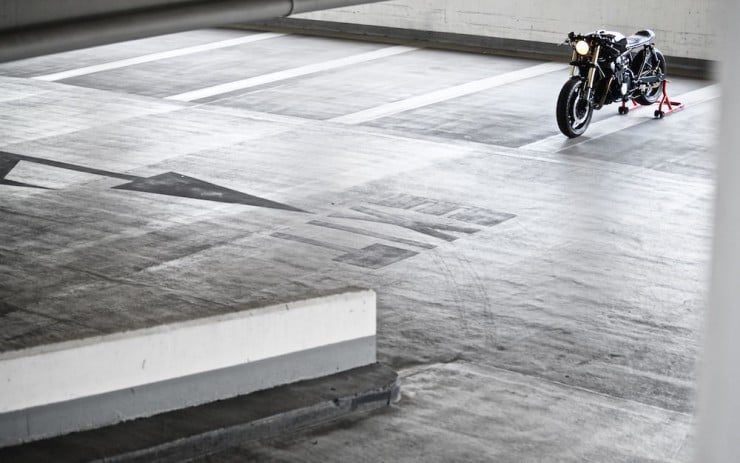 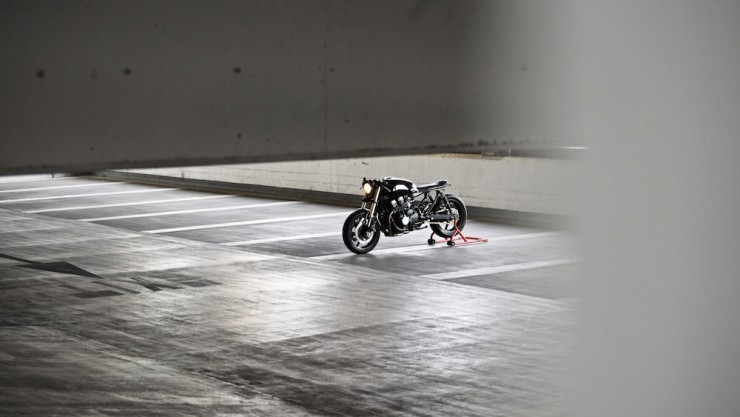 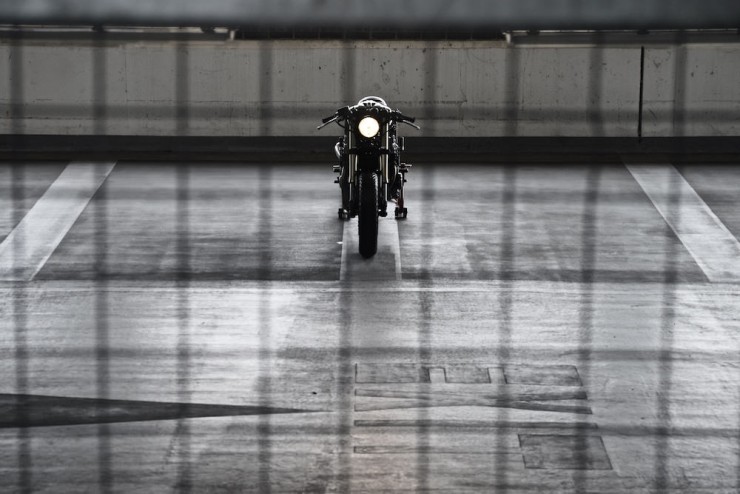 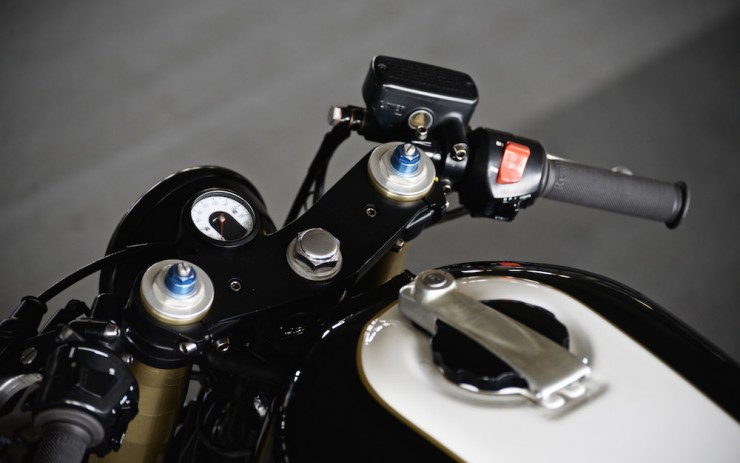 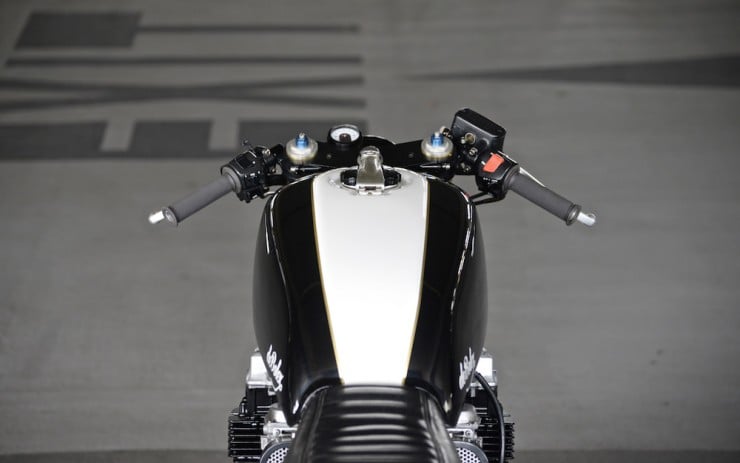 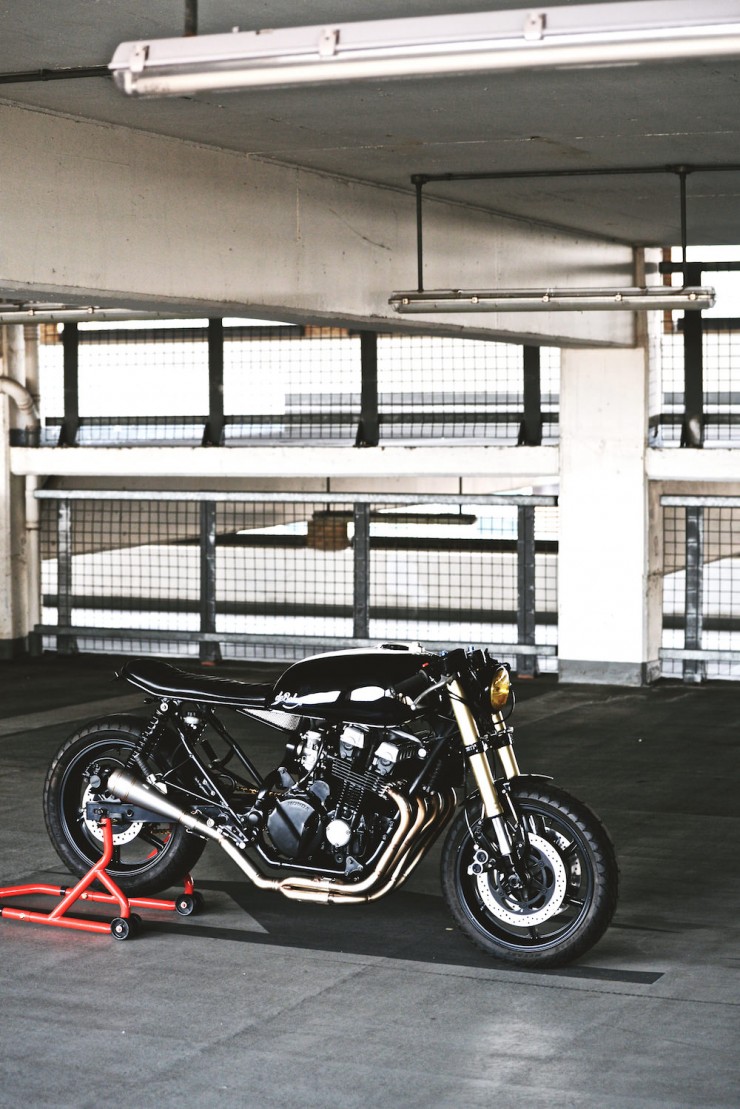 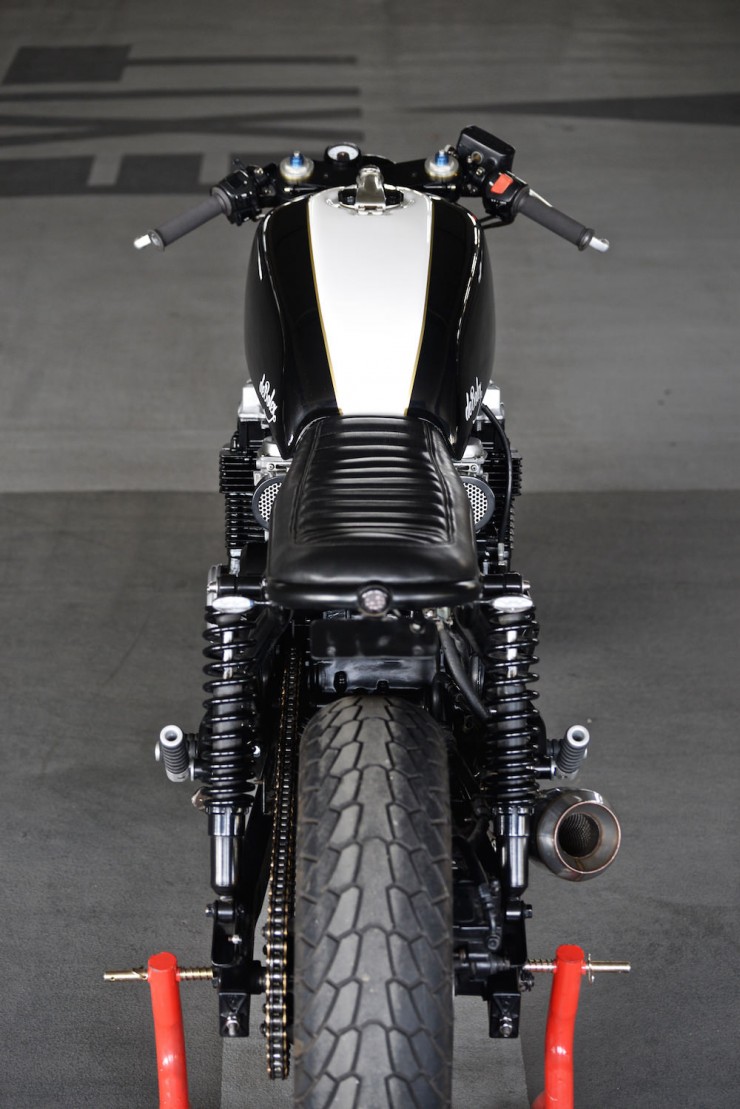 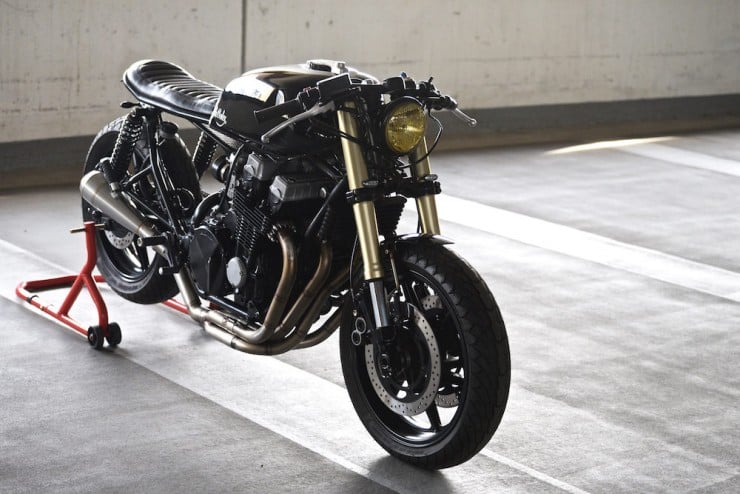 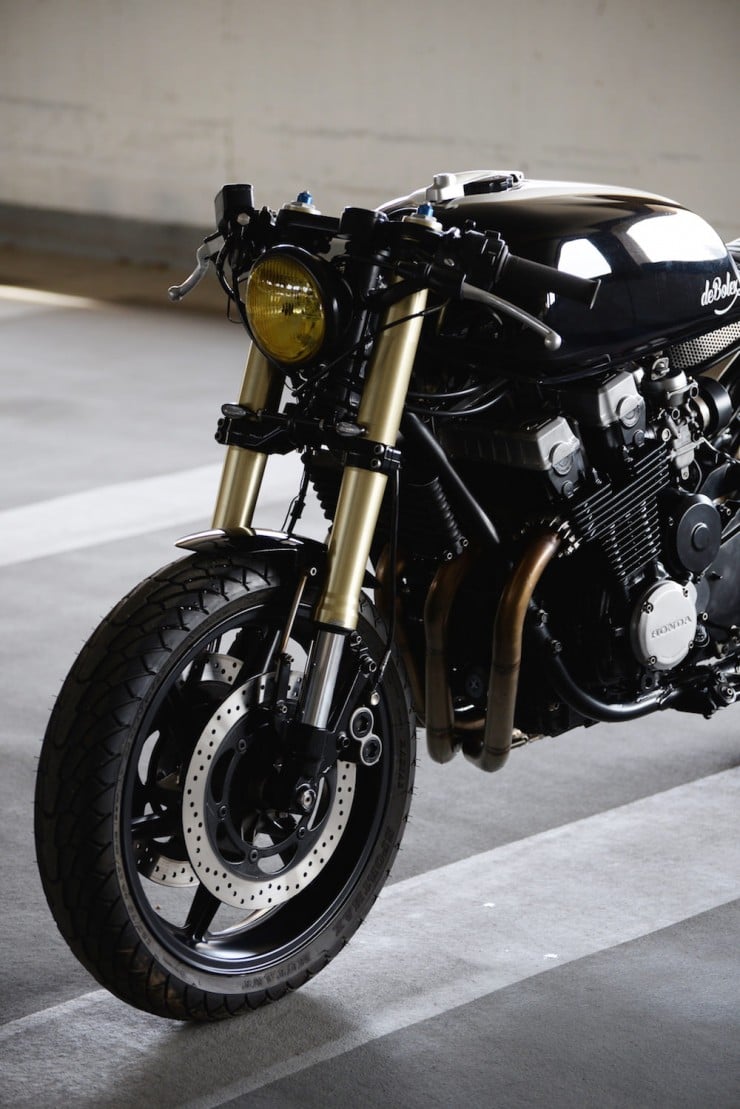 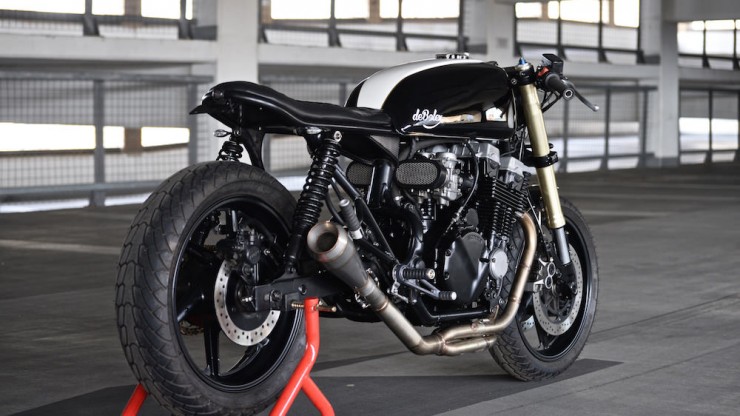 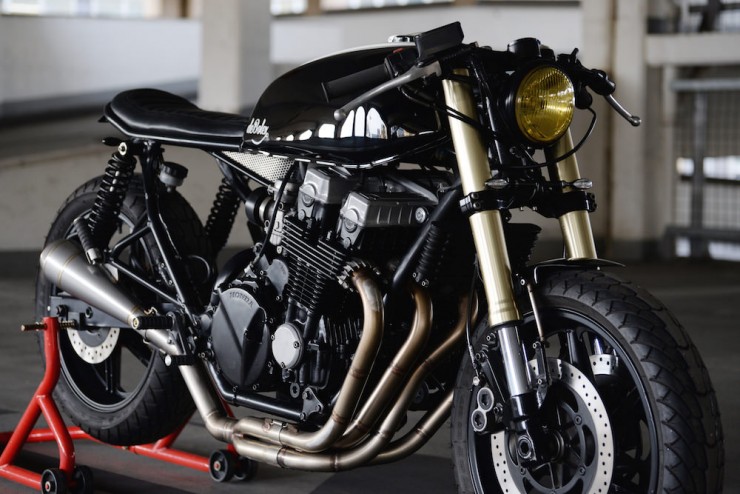 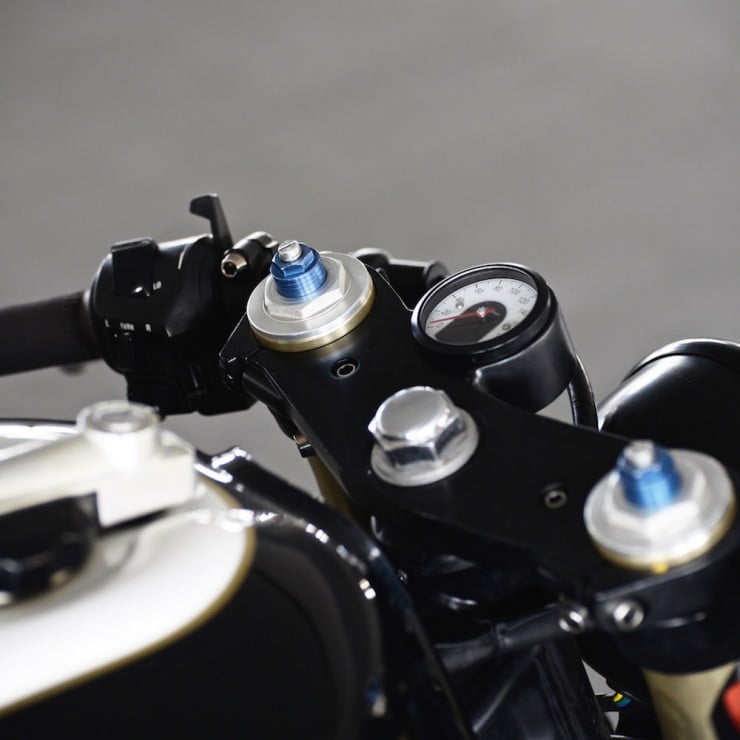 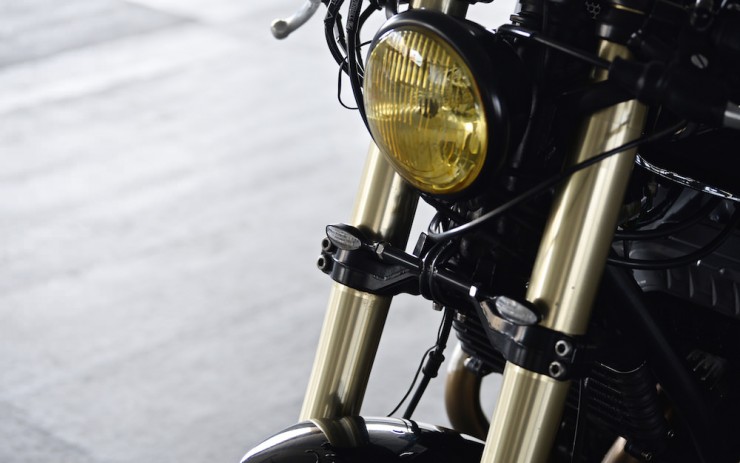 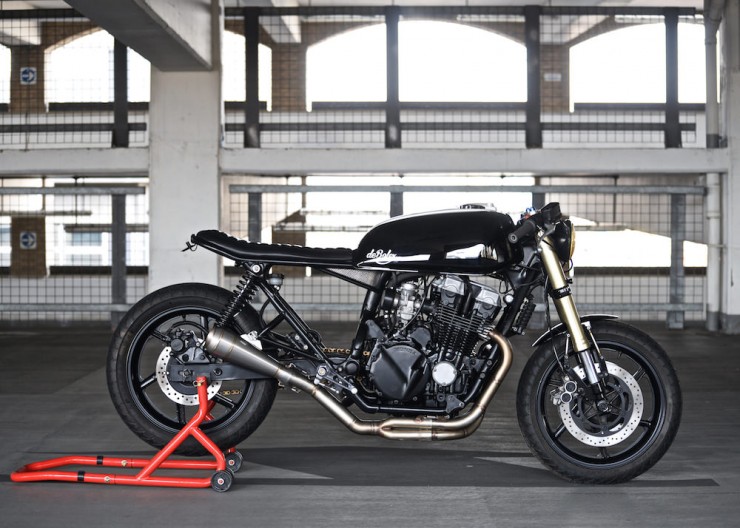 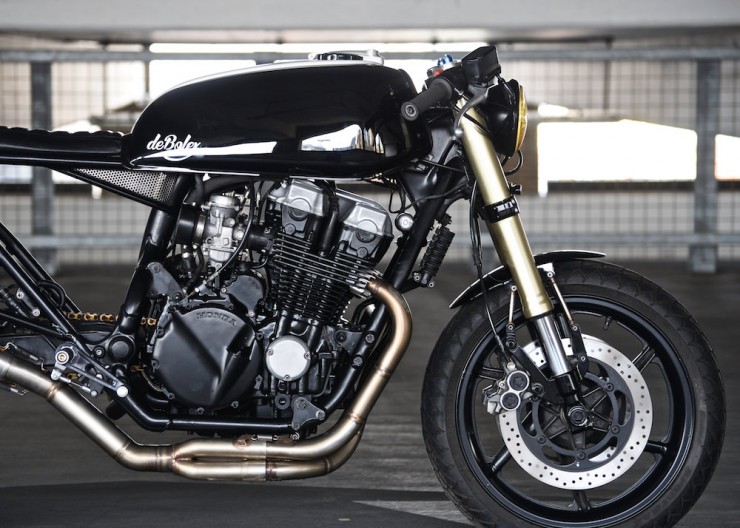 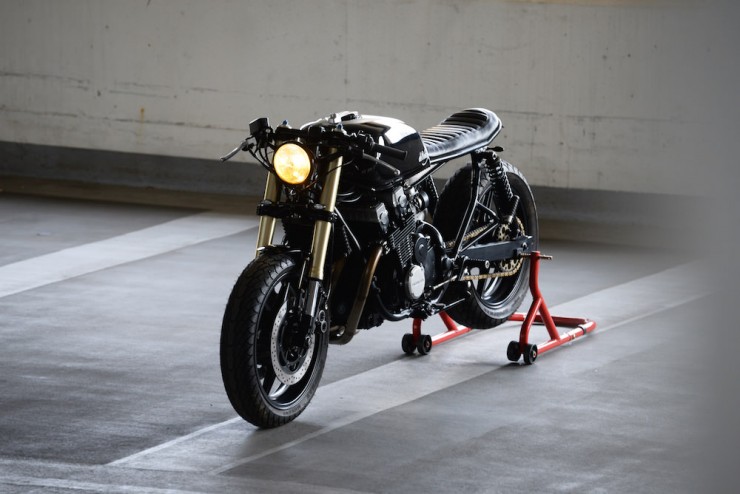 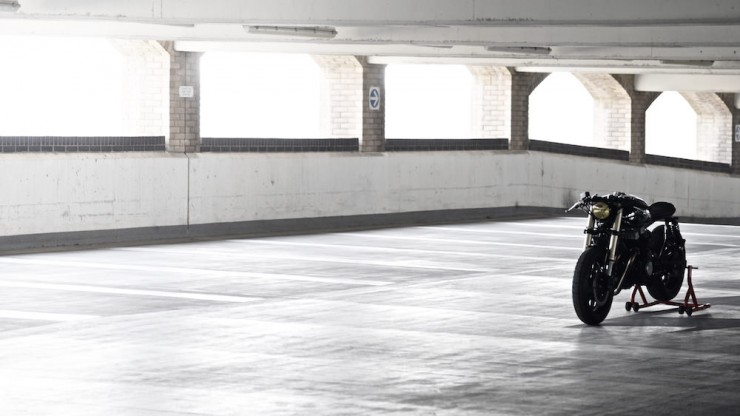 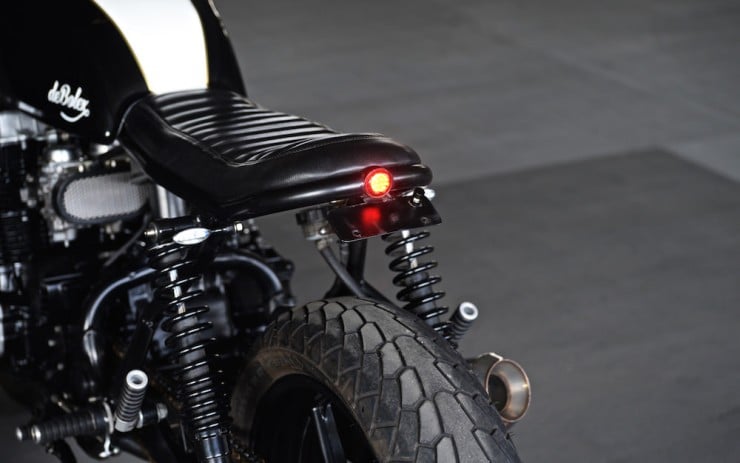 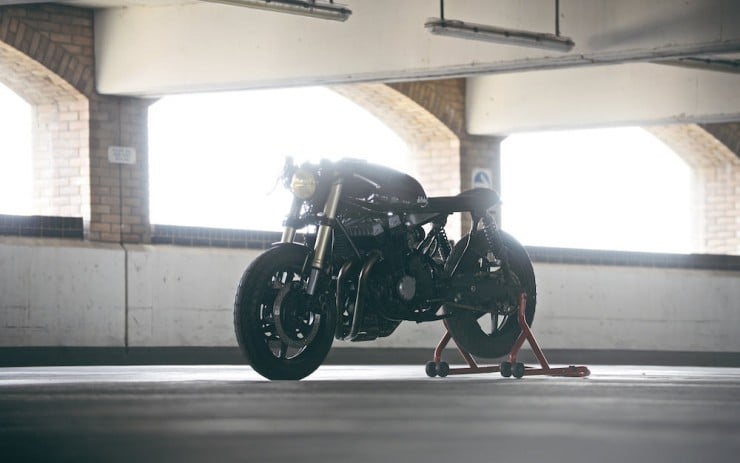 The Desert Runner is one of the most consequential custom motorcycles built by the team at Revival Cycles, in order to build it they…

The Droog Moto Mini Fighter is a new release from one of the custom motorcycle world’s most unusual garages. The concept for the new…

This 1977 Norton Commando Interstate has never been unpacked from its original factory crate, amazingly it has passed through the hands of three owners…

The six-cylinder Honda CBX was released 10 years after the seminal Honda CB750 as a new halo model for the Japanese marque. The original…