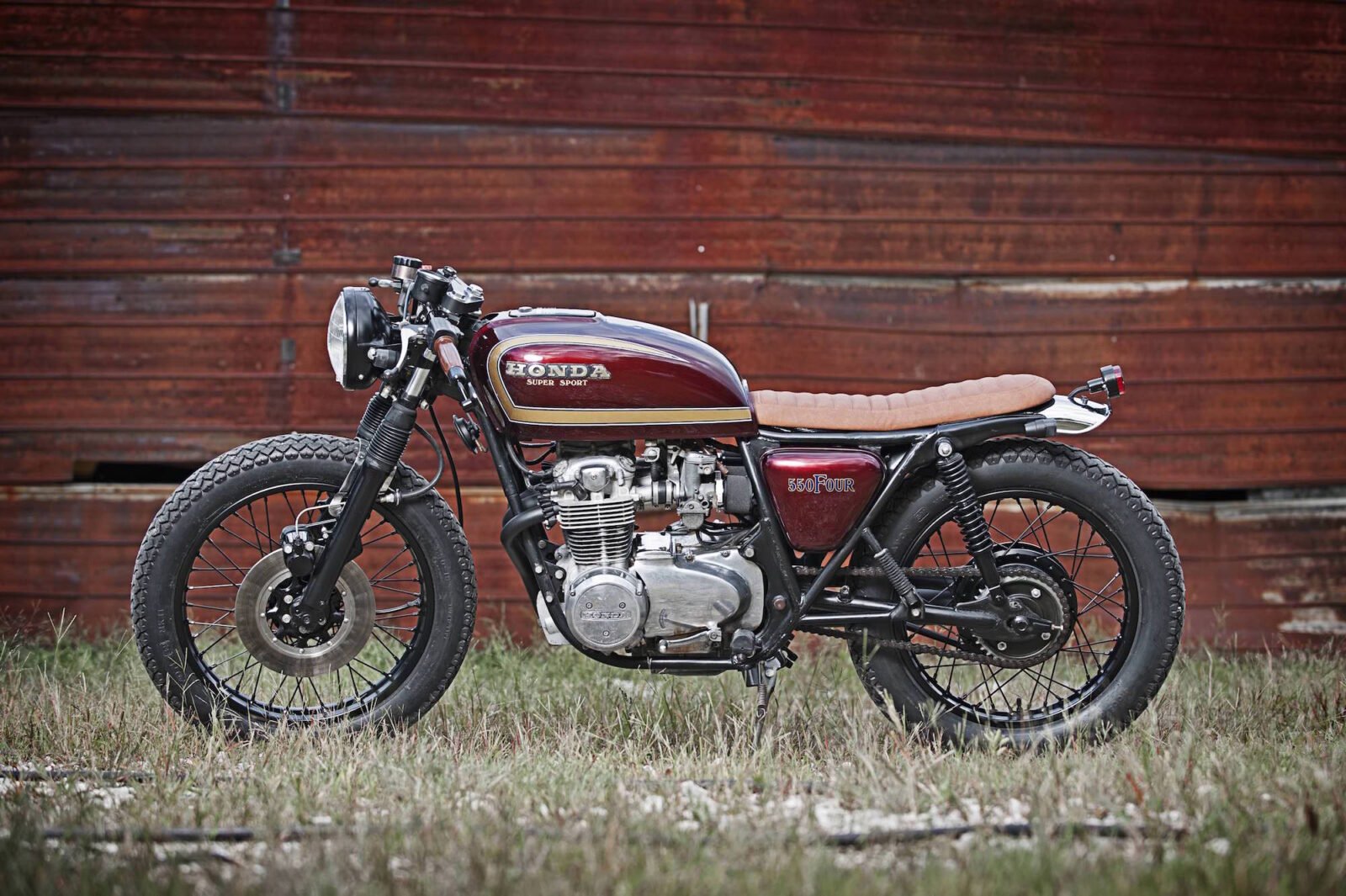 The Honda CB550F SuperSport is a motorcycle that’s lived in the shadow of its larger sibling, the CB750F, for the past 40 years. Despite the fame of the CB750 and its reputation as being the first superbike, its slightly smaller stable mate was, and still is, an outstanding motorcycle.

It was produced between 1974 and 1978, a relatively short production life for a Honda motorcycle which has led to the bike becoming quite collectible and highly sought after by custom motorcycle builders. The two most common customs we see from the CB550 platform are cafe racers and Brat style bikes – this one being a good example of that latter type.

The bike is the work of R. Cameron Smyth of Smyth Innovations based out of Chatham in Ontario, Canada. This build has strong personal appeal for me for a couple of reasons, the minimalism and focus on keeping as many of the distinctive, original parts as possible has resulted in a bike that many of us could build ourselves on a modest budget.

The build process on this bike was relatively straight-forward, the original seat was removed and replaced with a low-profile Brat seat, the wiring harness was replaced and a USB port was added to charge mobile devices on the go. The engine was removed from the frame and rebuilt, the stock instrument cluster was replaced with a 2.5″ mini speedometer (with integrated turn and warning lights), the stock airbox was removed and the carburettors were re-jetted to suit their new UNI pod filters.

To finish the bike off, a set of Avon SM tires were added with a 4.00 x 18 at the rear and a 3.50 x 19 on the front. These tires have the same basic look as the Firestone rubber we see on a lot of builds in this genre, with the added benefit of more modern tire compounds and a slightly more effective tread pattern.If you’d like to see more from Smyth Innovations you can click here and if you’d like to go get your own CB550 you can check eBay or your local Craigslist. 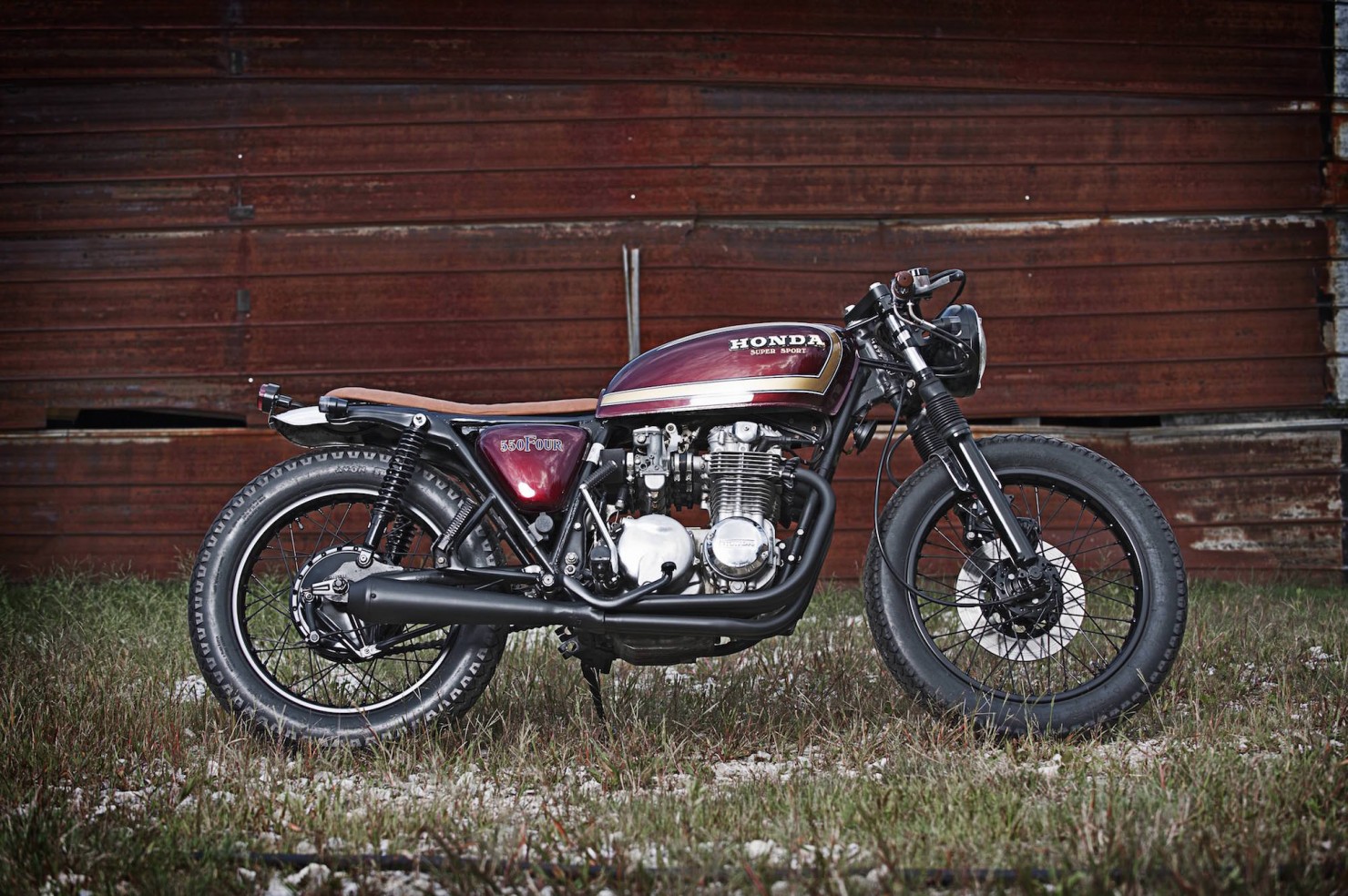 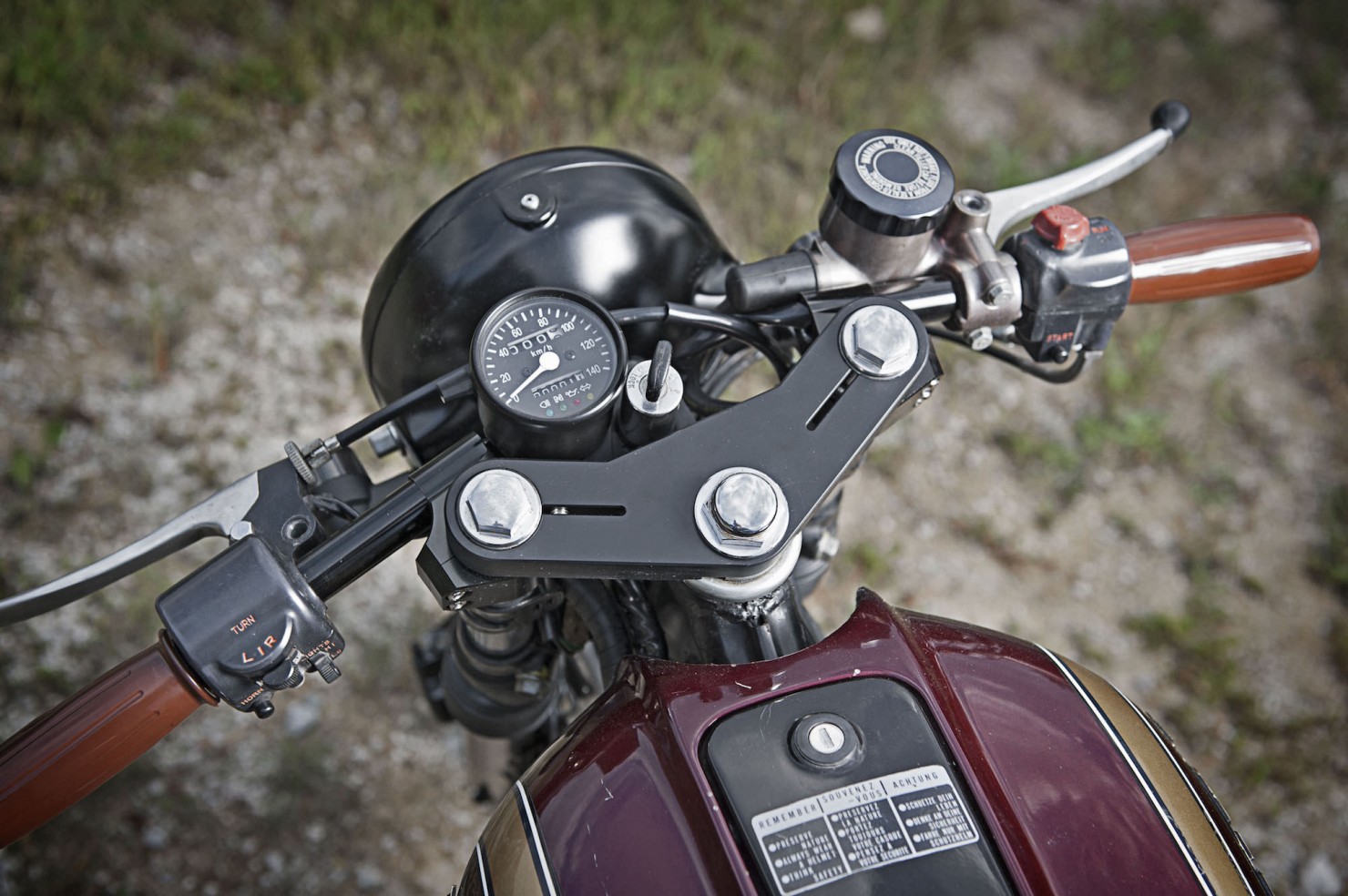 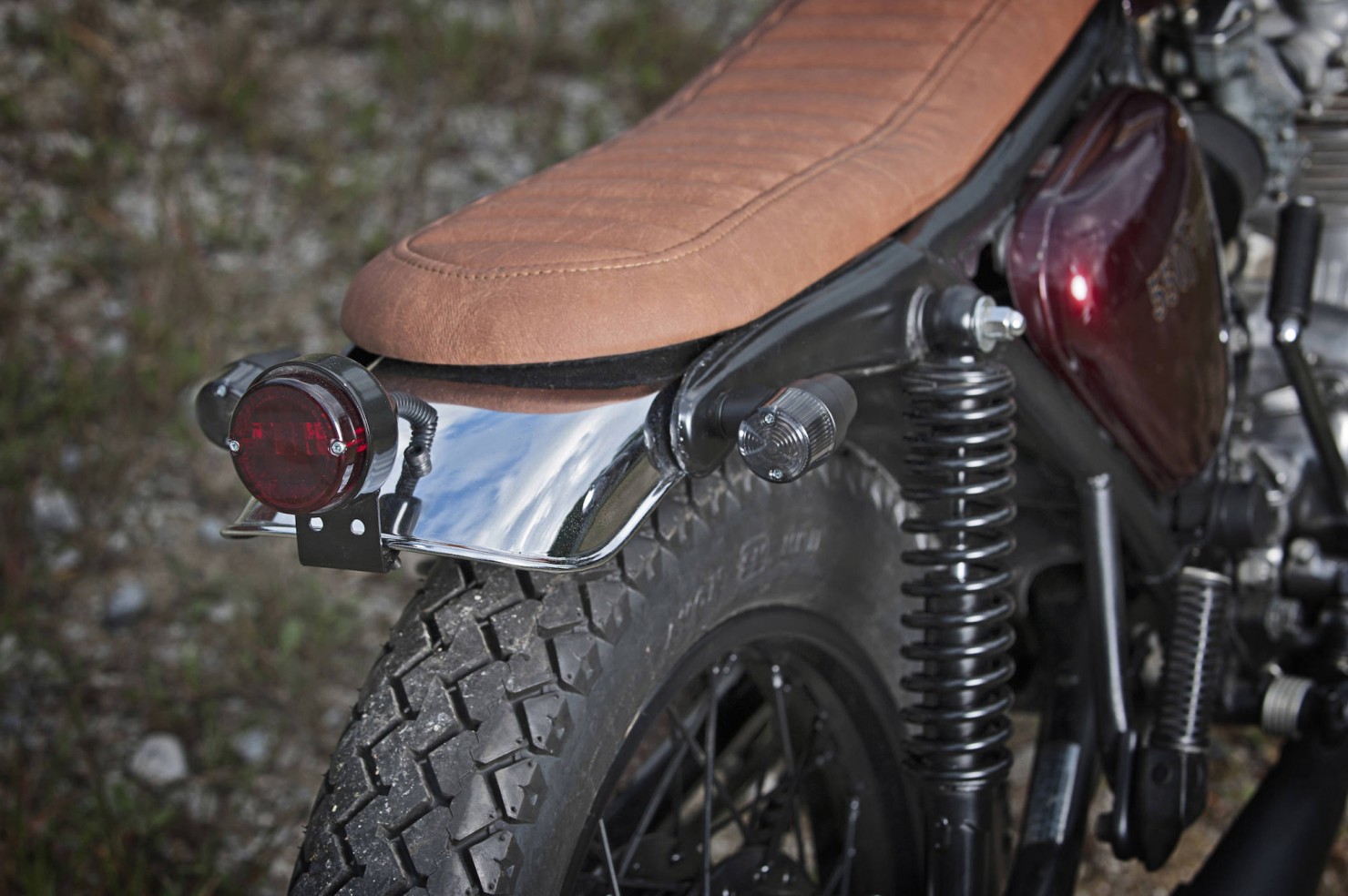 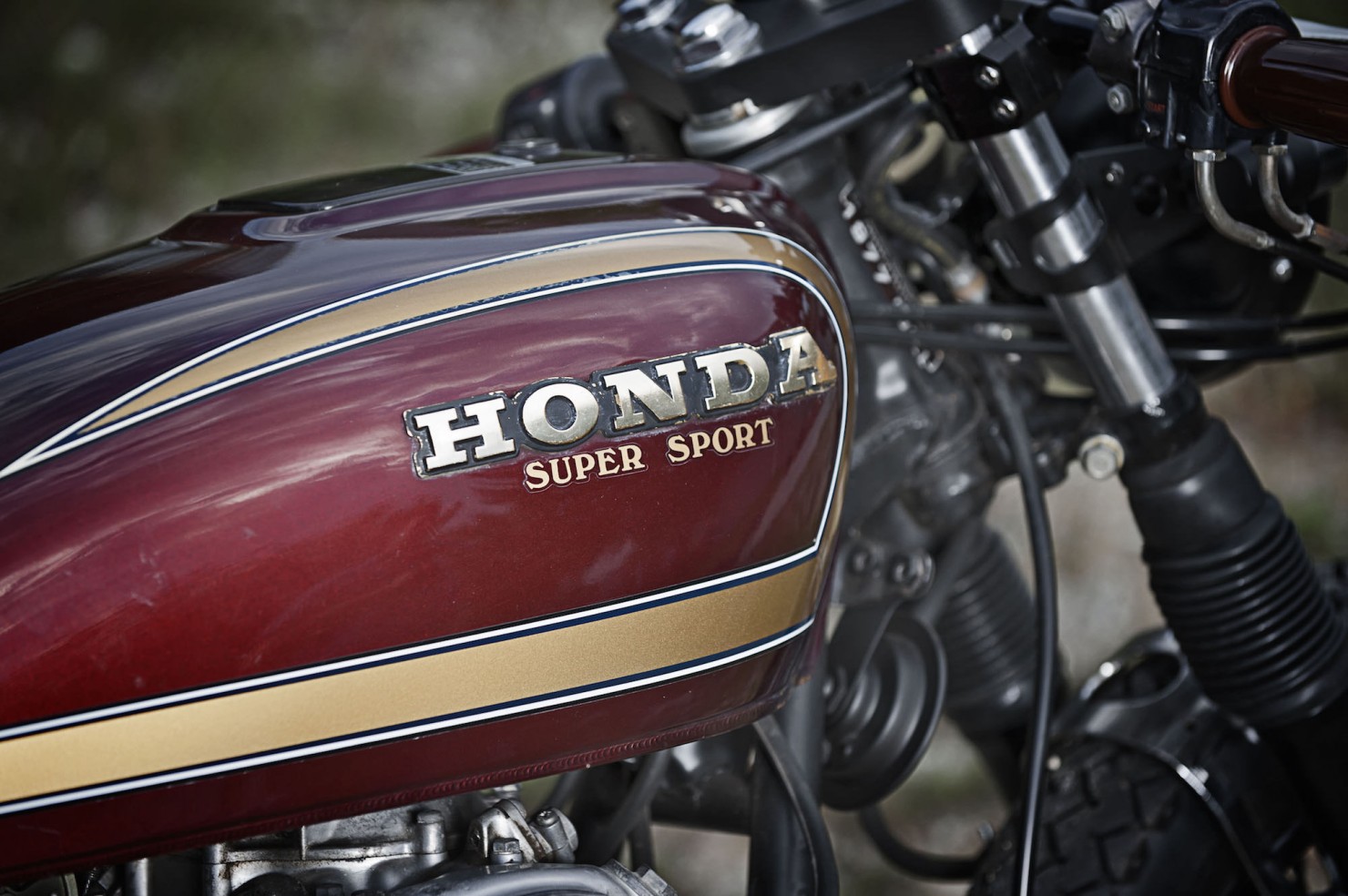 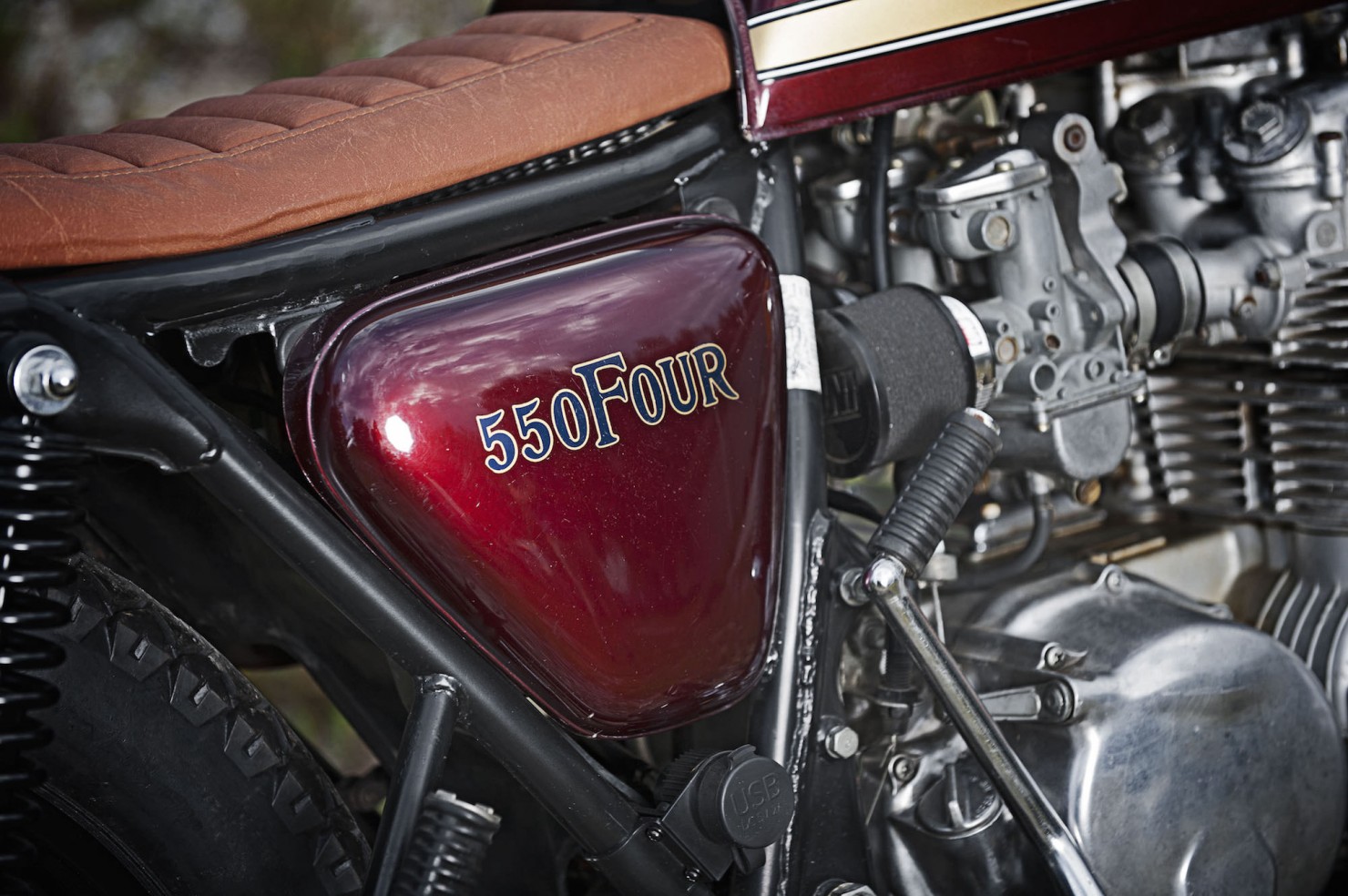 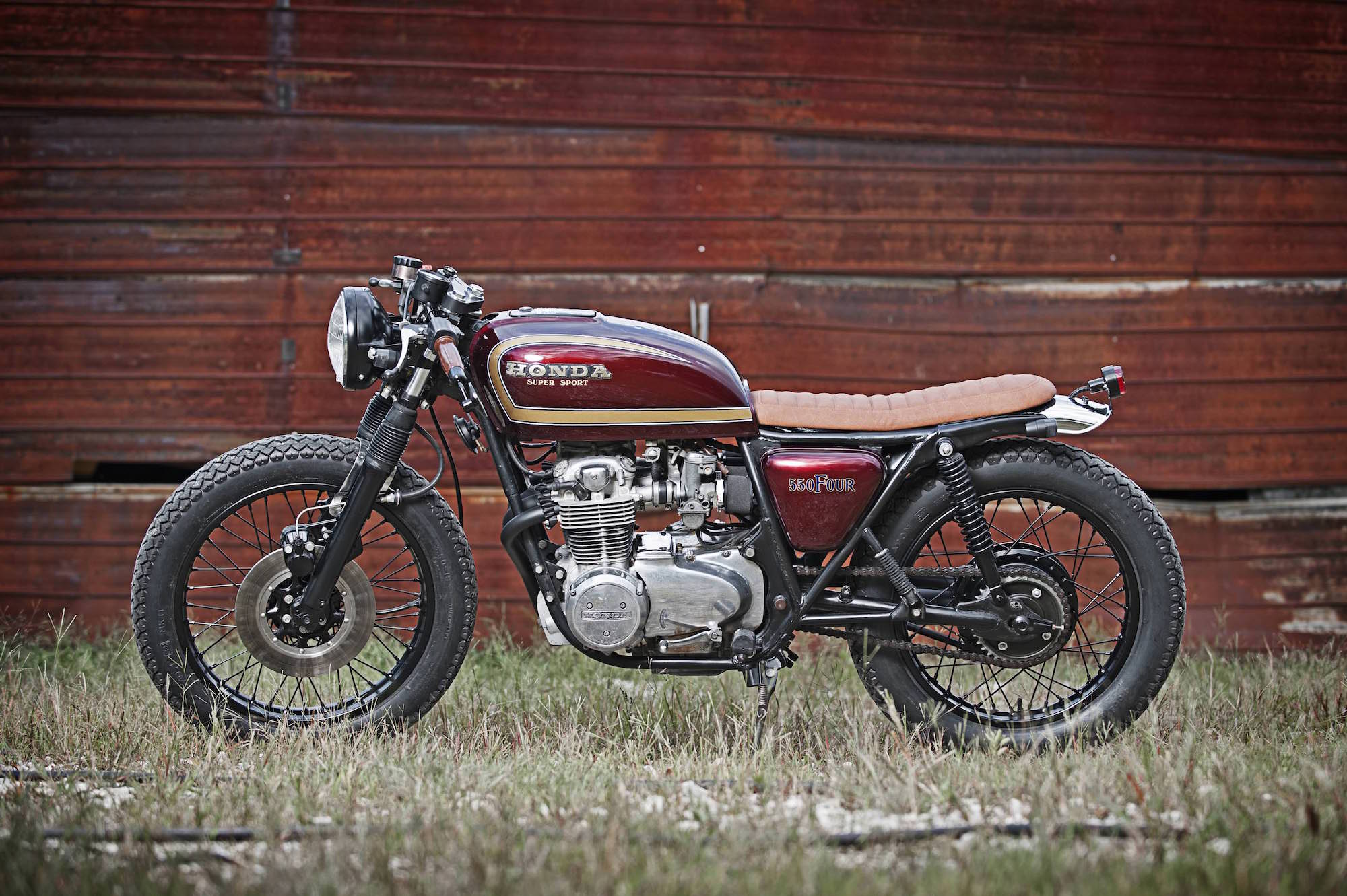