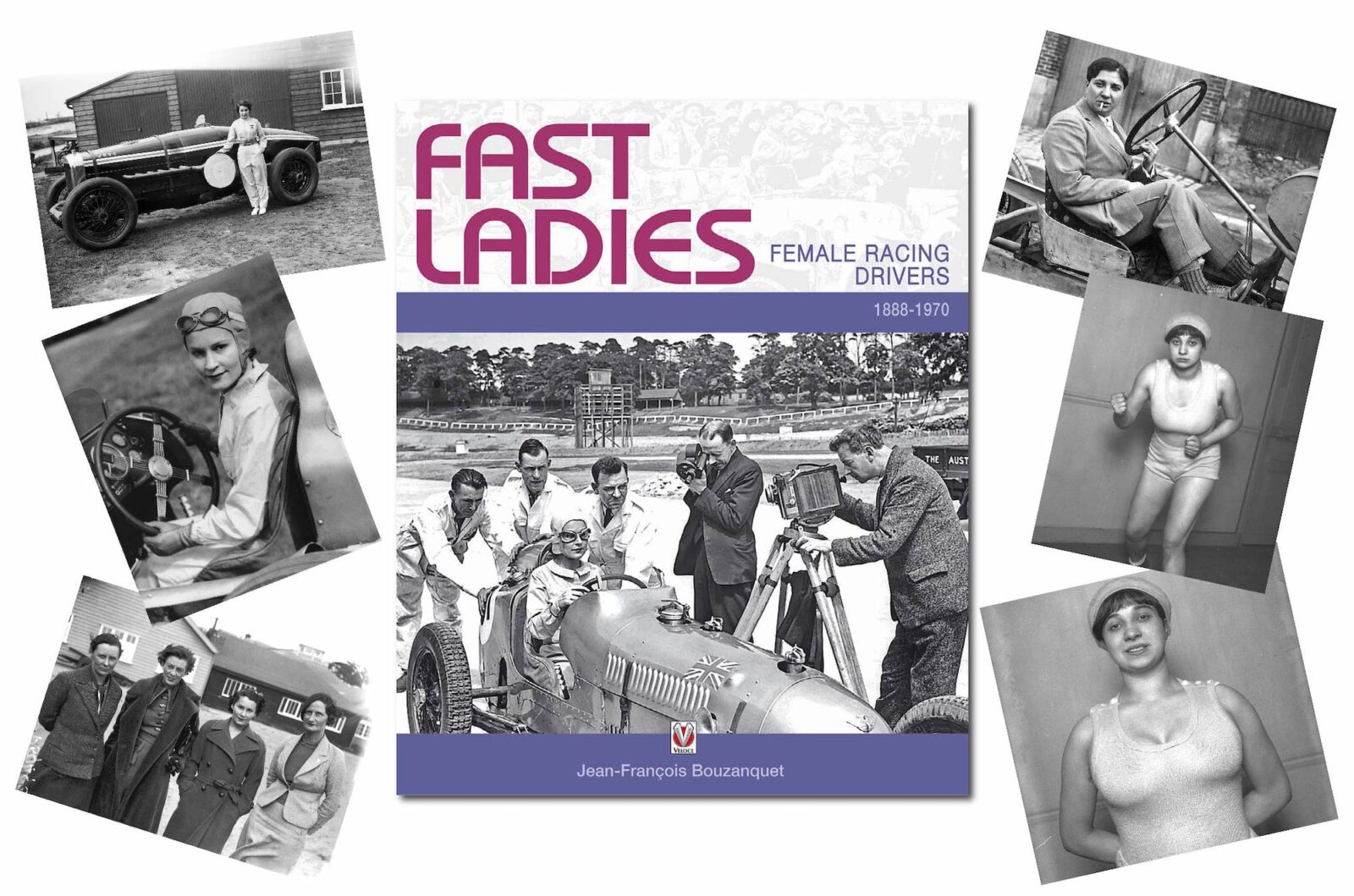 Fast Ladies by Jean-François Bouzanquet is a fascinating look back at the female racing drivers who made their mark on the world from the time the first races were taking place right the way through to 1970.

Female racing drivers have always faced additional challenges, they were often banned from races outright or had to make do racing in ladies only events and in ladies only land speed record attempts.

Despite this many remarkable characters rose to prominence over the years including legendary villains like Violette Morris who ended up working with the Nazis and being assassinated by the French resistance, and heroes like Kay Petre who defeated all before her, she set multiple speed records, racing on multiple continents and battled the men in the 24 Hours of Le Mans. 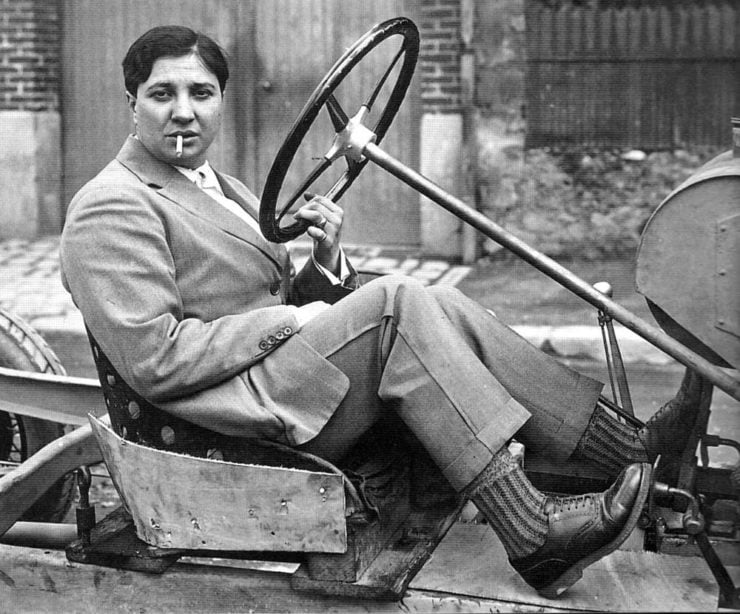 Above Image: Violette Morris behind the wheel.

The life of Violette Morris sounds truly cinematic, she was an openly gay racing driver who eventually had her breasts removed to more easily fit behind the large steering wheels of the race cars of the era.

She frequently beat men on the track and in the boxing ring, much to their chagrin. During WWII she sided with the Nazis and became a valuable collaborator and source of information. 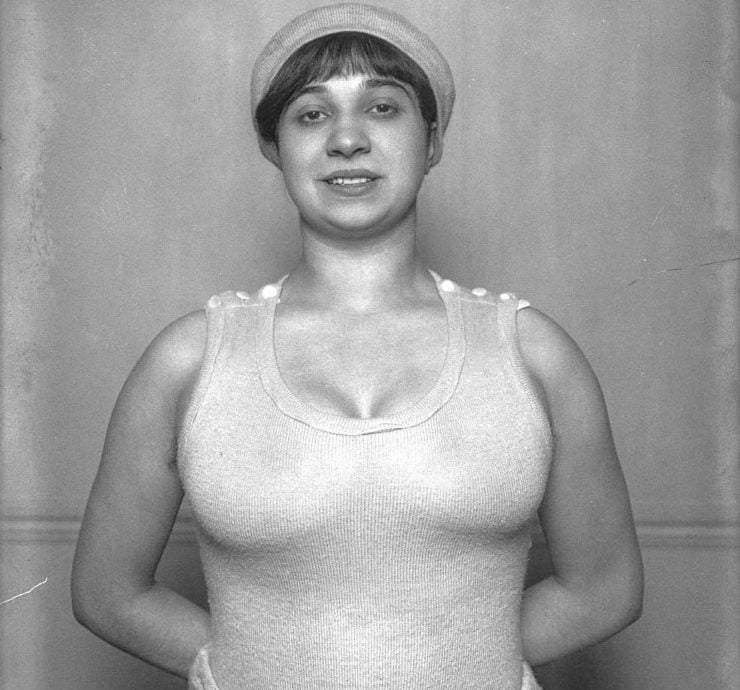 Above Image: Violette Morris earlier in her career as a boxer.

Morris became a strategic asset inside France during the war, she was nicknamed “The hyena of the Gestapo” and she was a special guest in Hitler’s private box during the 1936 Olympics in Berlin.

She was eventually killed during the war by a British-led commando raid with the French Resistance specifically sent out to find and assassinate her. 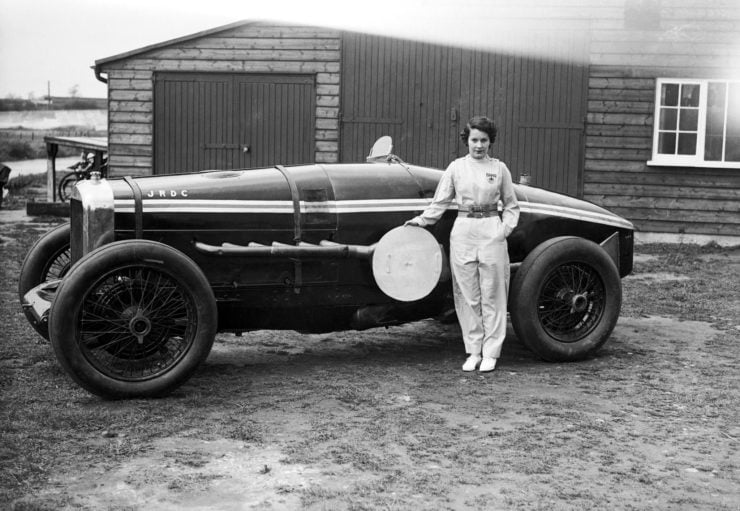 Kay Petre was about as different from Morris as it was possible to get, standing at only 4’10” tall she proved utterly fearless – setting women’s speed records at the banked Brooklands circuit of 124 mph in a Bugatti and 134.75 in a Delage.

She famously battled against Gwenda Stewart and countless other male and female drivers from the era until her career was cut short in 1937 at Brooklands where Reg Parnell misjudged an overtaking maneuver crashed into Petre’s Austin Seven – causing her to crash terribly and very nearly die. 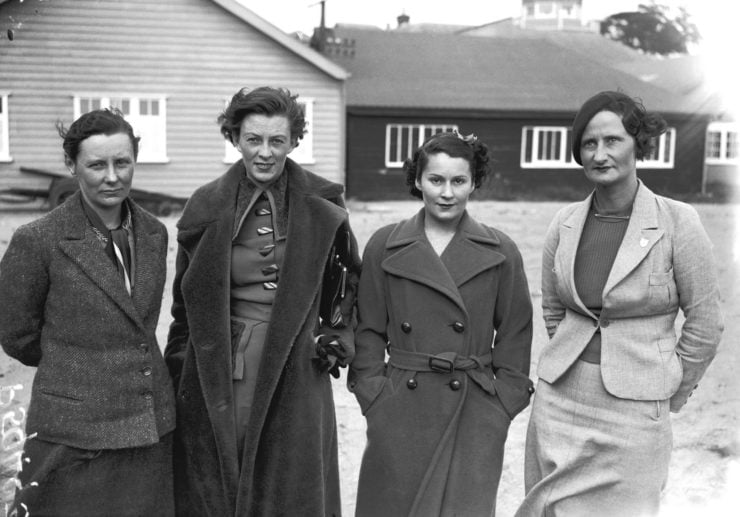 Petre was never able to race again, so she carved out a new career as a published motoring and food writer. She would eventually be hired by Leonard Lord of the British Motor Corporation as a style and color consultant, she styled many of the BMC cars of the era and she created the signature fabric patterns used on the original Minis.

Skipping forward to the year 2021 and female racing drivers are a common sight, there’s even an entire formula dedicated to them called the W Series.

Fast Ladies is an invaluable resource that documents the rise of the female racing driver, it’s available in both Kindle and hard cover versions though pricing varies and it’s now out of print.