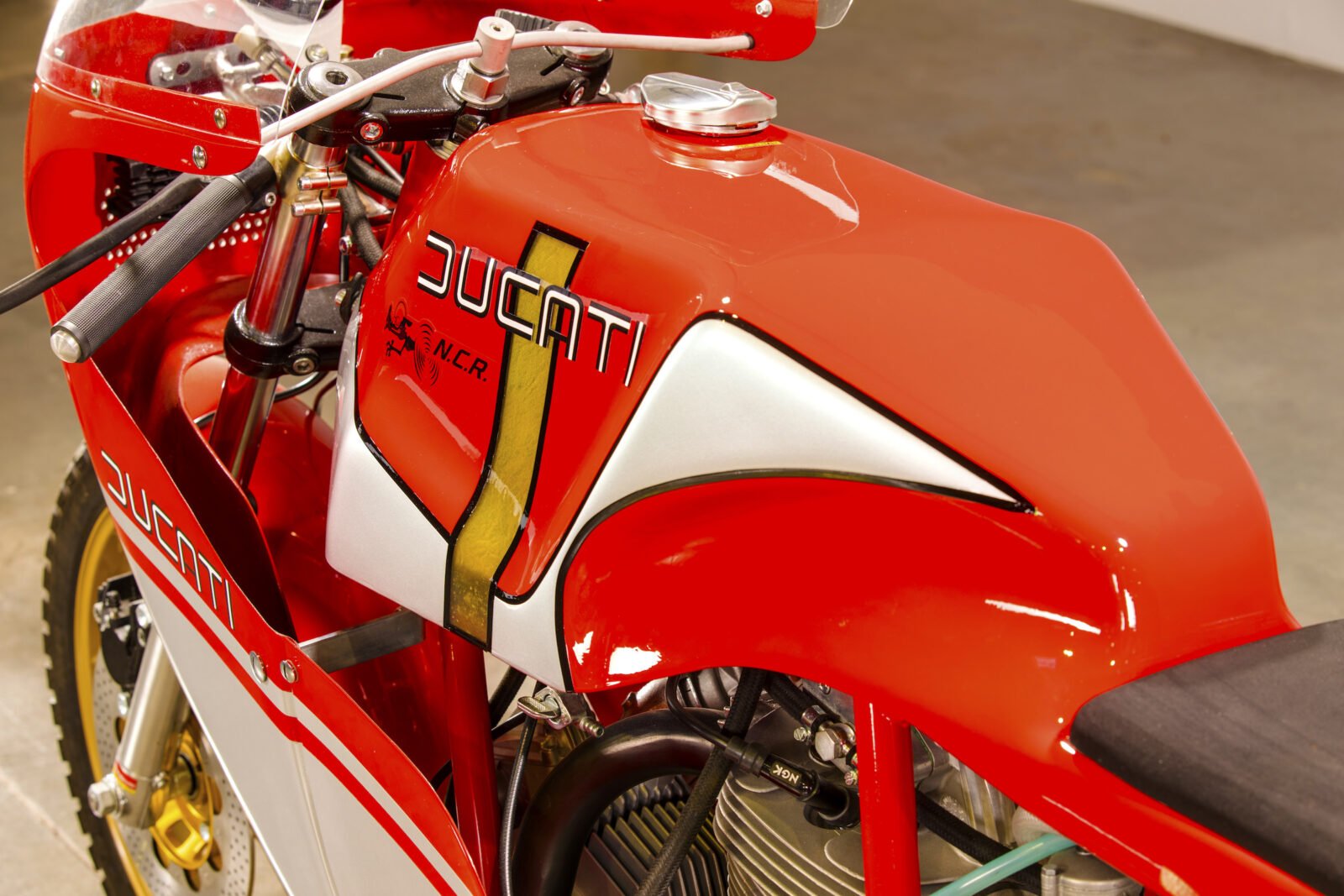 The legendary NCR workshop played a significant role in the early competition life of Ducati, perhaps most famously they built the special 900cc race bike that Mike Hailwood piloted to his seemingly impossible comeback win at the the 1978 Formula One TT at the Isle of Man.

NCR was founded in 1967 as a small motorcycle performance workshop on via Signorini in the little town of Borgo Panigale, it was started by Giorgio Nepoti, Rino Caracchi, and Rizzi with the sole purpose of making Ducatis go as fast as possible. The name “NCR” was chosen as it includes the first letter of each founder’s surname. 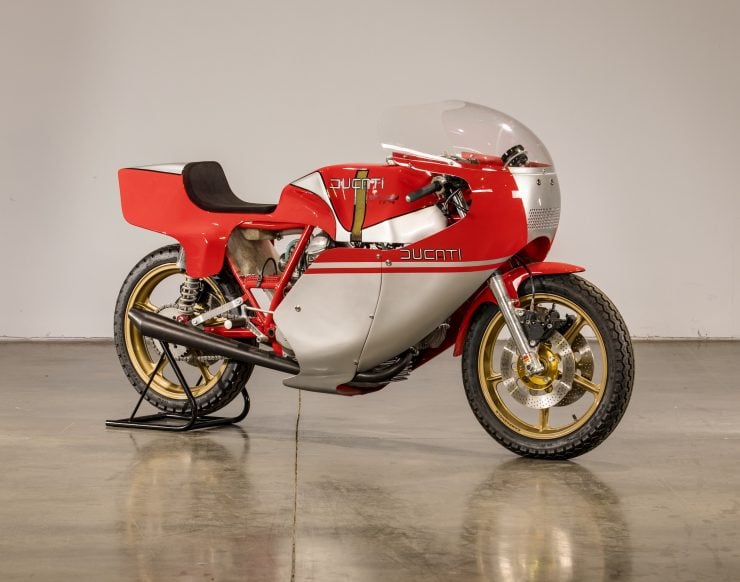 The lengths that the team at NCR went to achieve their performance goals was remarkable. NCR-Ducatis like the 900cc racer you see here are fitted with entirely new cast crankcases developed for improved strength, it’s both narrower and a little thicker than the Ducati crankcase, with extra webbing for strength an open primary case for a dry clutch, a recess in the sump for a spin-on oil filter and no provision for an alternator cover.

Very few tuning and performance companies go to the trouble of casting their own crankcases, but for NCR that was merely the beginning. They also developed entirely newly designed crankshafts and connecting rods, topping them of with forged Venolia alloy pistons.

Each engine was carefully assembled by hand, and each was assured to make 80 horsepower at the rear wheel (not just at the crank). Once finished the engine would become a load bearing member of a lightweight chromoly tube frame built by Daspa, the performance exhaust was also designed to be as light as possible, cast magnesium Campagnolo wheels are used, and the fiberglass bodywork was thinner than normal to save as many grams as possible.

The fiberglass bodywork was a work of art unto itself, the fairing has no allowance for a headlight at all, just a series of holes drilled for airflow. Behind the front wheel the fairing is mostly open to allow as much cooling as as possible to flow over the L-twin, and there’s a small Perspex shield for the rider to tuck themselves in behind on the straights.

The seat and fuel tank are a single unit designed to be quickly removable for engine access, and the fuel tank has the characteristic NCR logo on both sides just under the Ducati logo. 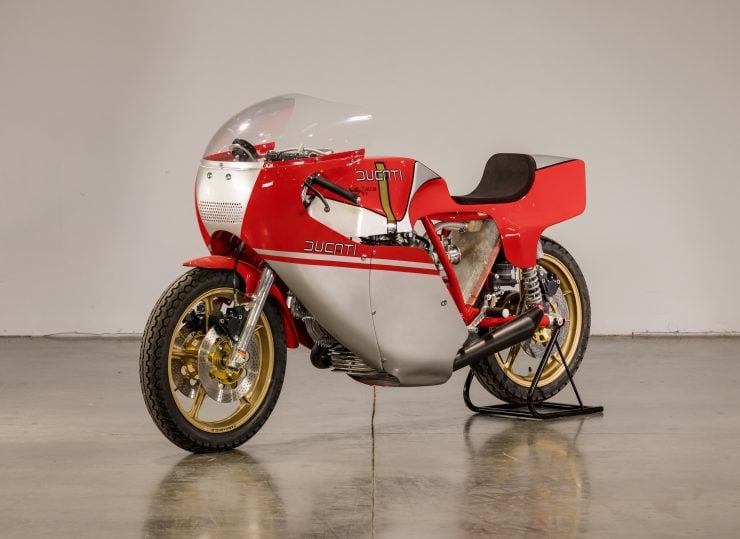 The Ducati NCR 900 Racer you see here was built not in Italy but up in Sweden by Ducati specialist Torbjörn Lindgren. It was constructed using NCR parts and with their advice for local Scandinavian competition, with additional advice from Steve Wynne at Sports Motorcycles in England – the sponsor of Mike Hailwood’s Isle of Man TT win in 1978.

In more recent years the MC Collection spent $25,000 USD on a rebuild of the engine by Ronald Anderson at Järvsö Motor in Sweden. The bike now presents as an immaculate and highly desirable Ducati race bike from the Mike Hailwood comeback era.

If you’d like to read more about the bike or register to bid you can click here to visit the listing on Mecum. 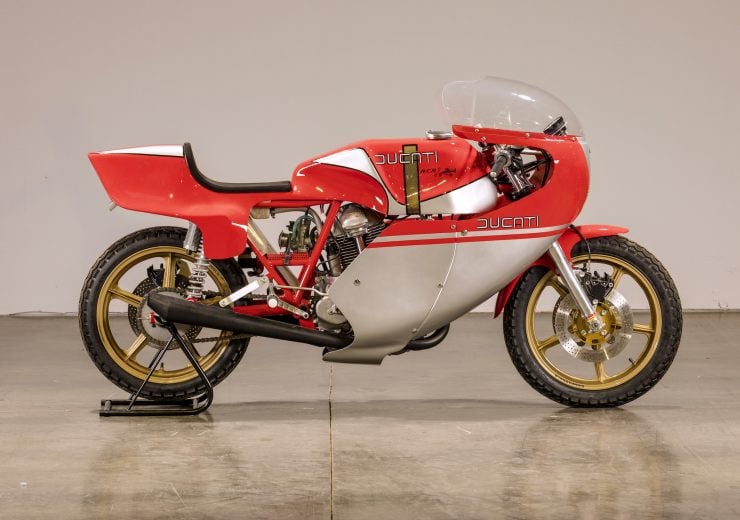 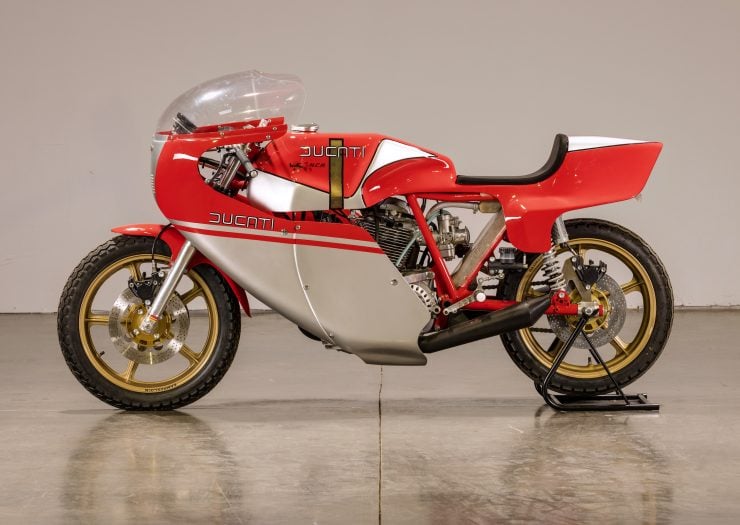 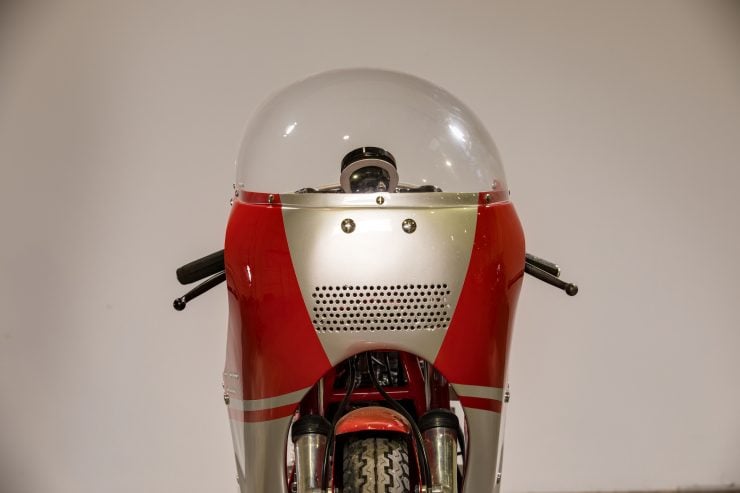 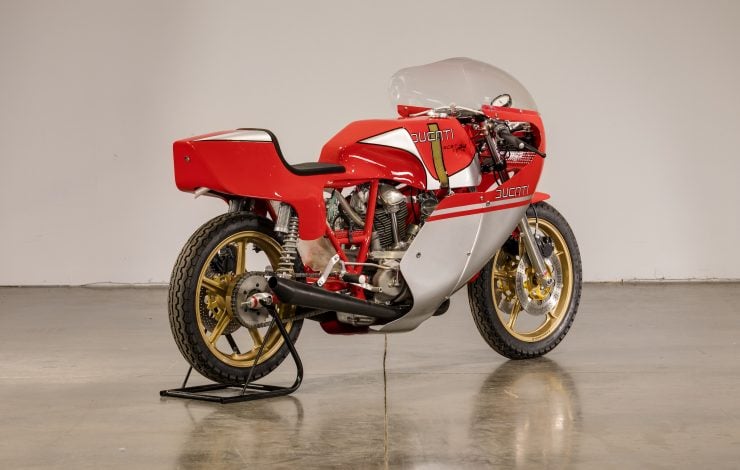 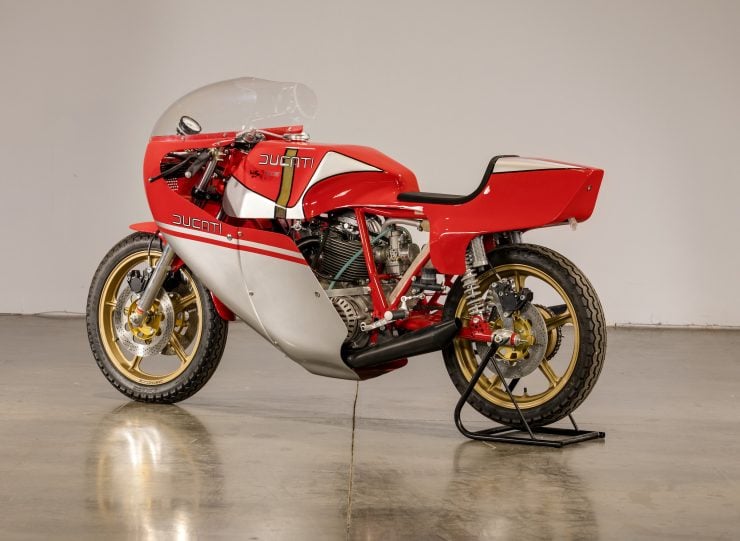 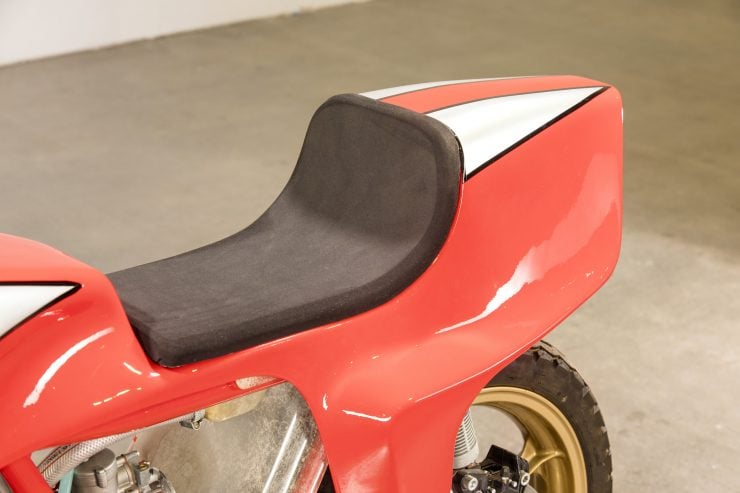 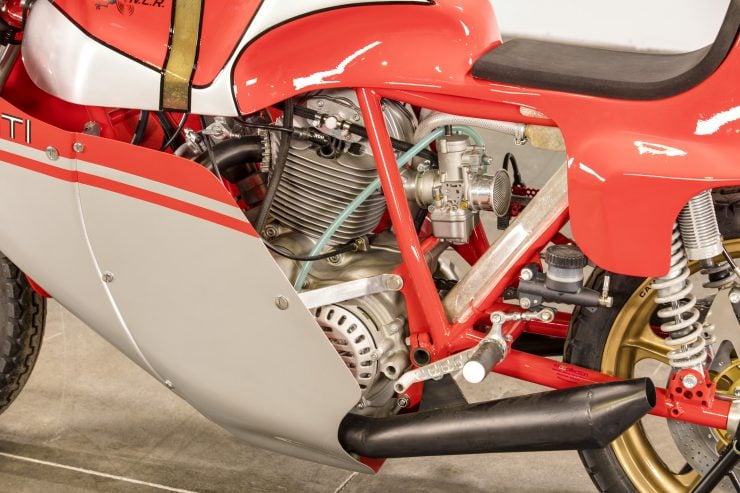 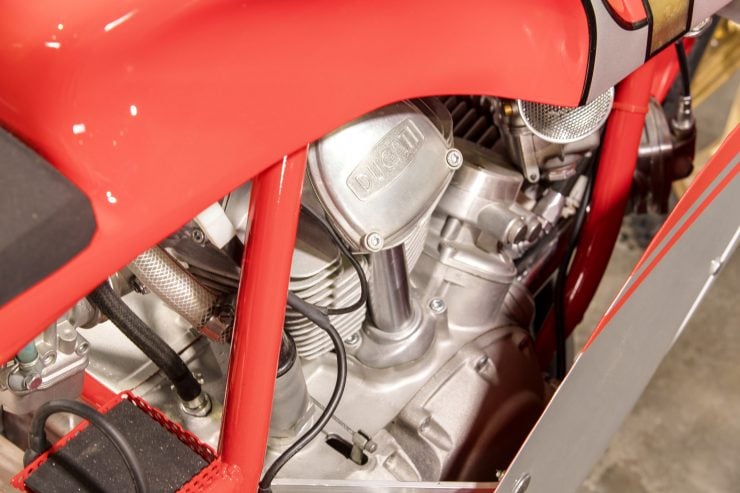 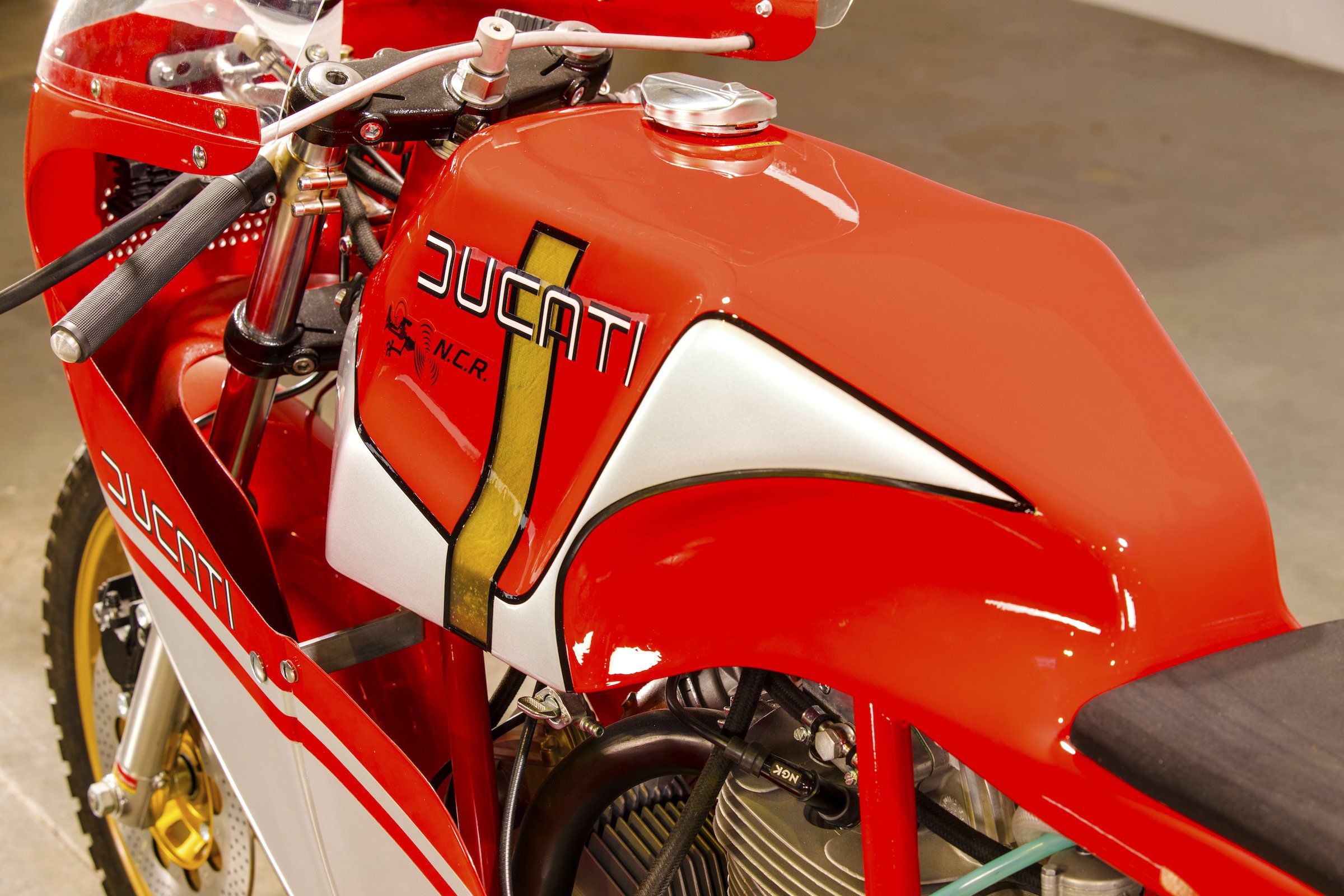