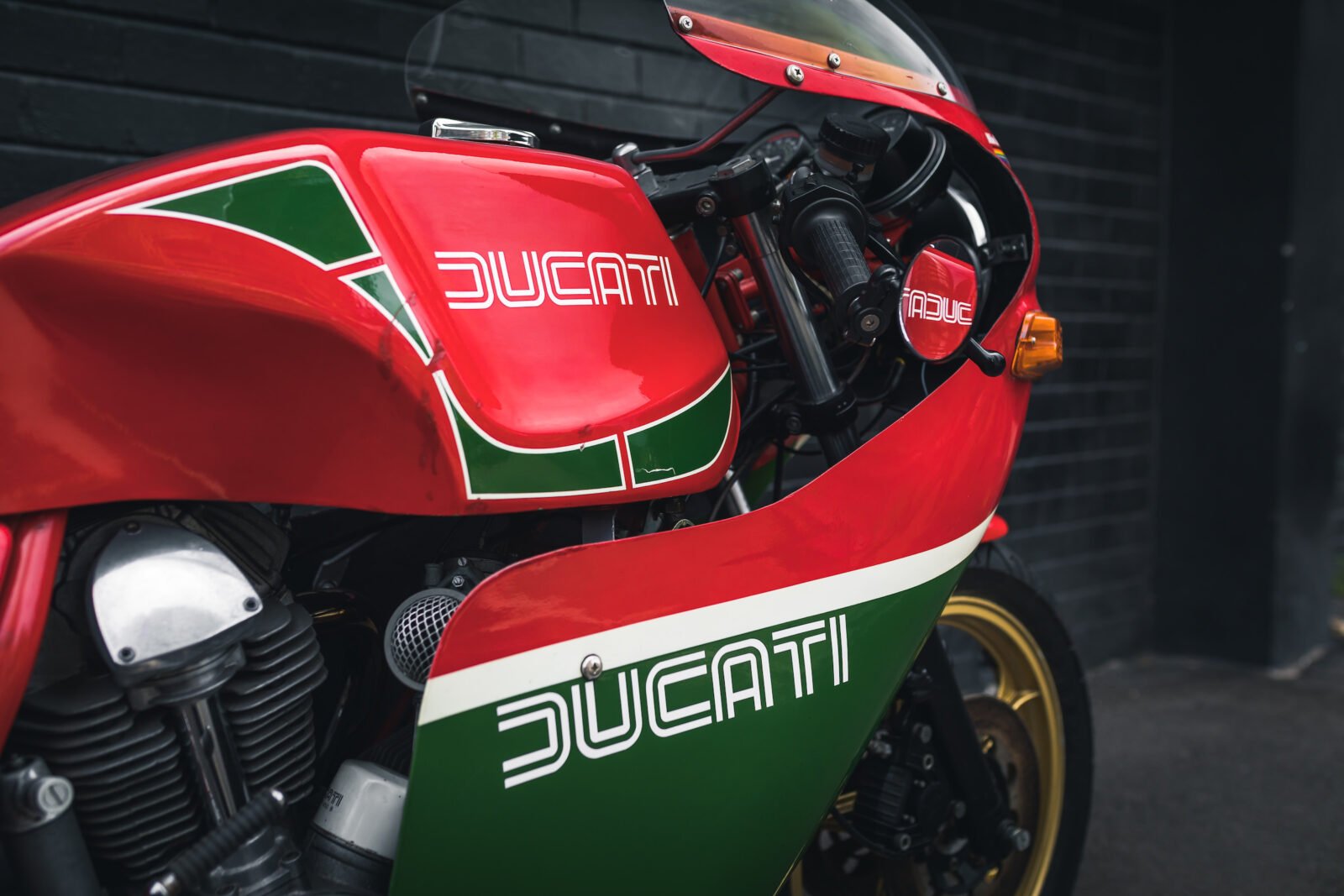 The Ducati 900 Mike Hailwood Replica was the best-selling Ducati of its time, both because of its sporting abilities and its close association with Mike “The Bike” Hailwood who had ridden a Ducati 900SS to a hugely popular comeback win at the 1978 Isle of Man TT in the Formula I class.

Mike Hailwood is today remembered as one of the greatest motorcycle racers of all time. That’s a big claim to make so for the uninitiated, let me give you a quick and results-heavy flashback of his career.

Hailwood started racing motorcycles competitively at the age of 11 in 1957, by the next year he was already a dominant force in multiple classes, winning the ACU Stars at 125cc, 250cc, and 350cc, and taking home the Pinhard Prize. Mike’s winning-ways continued, and in 1961 he became the first person in history to win three races at the Isle of Man TT in one week – taking victories in the 125cc, 250cc, and 500cc classes. 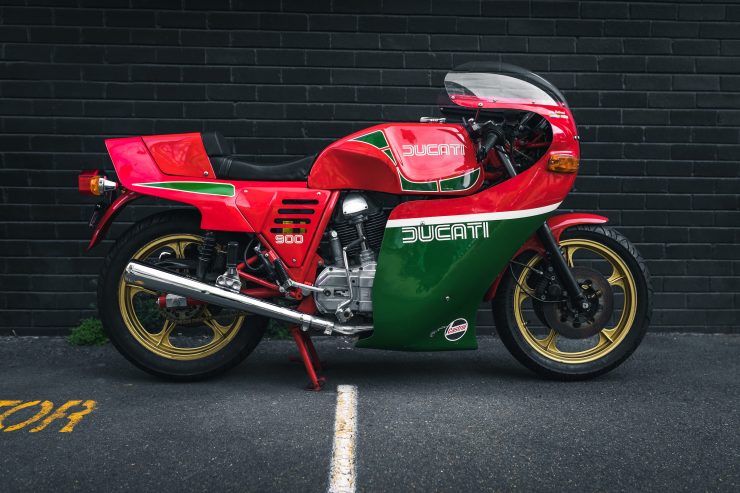 Along with riders like John Surtees, Mike Hailwood was one of very few World Champion motorcycle racers to make a foray into Formula 1. He competed in 50 Formula 1 Grands Prix, won the 1972 Formula 2 European title, earned a podium finish at the 1969 24 Hours of Le Mans, and he raced extensively in the European Shellsport F5000 series. 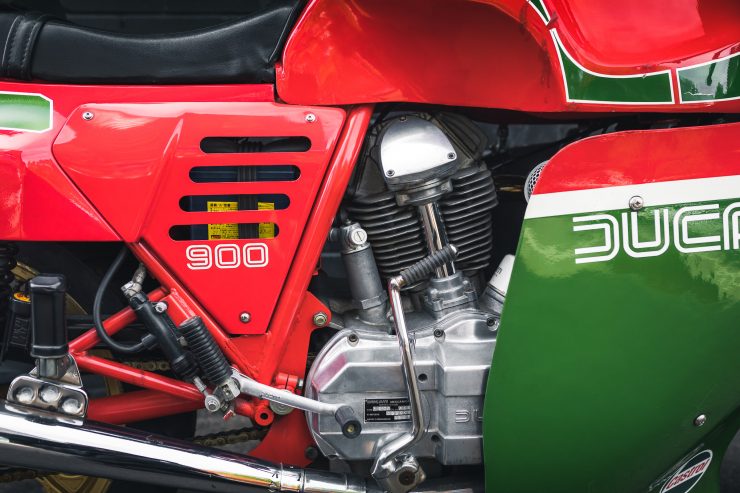 The Impossible Isle of Man Comeback

In 1978 after an 11 year break from top tier motorcycle racing Hailwood shocked the world by announcing he would be returning to the Isle of Man. Few believed he would manage anything other than a mid-tier finish with some predicting he would only succeed in embarrassing himself.

An England-based Ducati dealer supplied him with a race-ready Ducati 900SS for the event, and Mike set out in a field of (mostly) much younger men. Despite the naysayers he proved highly competitive but even still, few held any hope that he’d finish on the podium in the TT – he confounded them all by taking a dominant win. He came back a year later to prove it wasn’t a fluke, and took the Senior TT victory on a 500cc Suzuki. 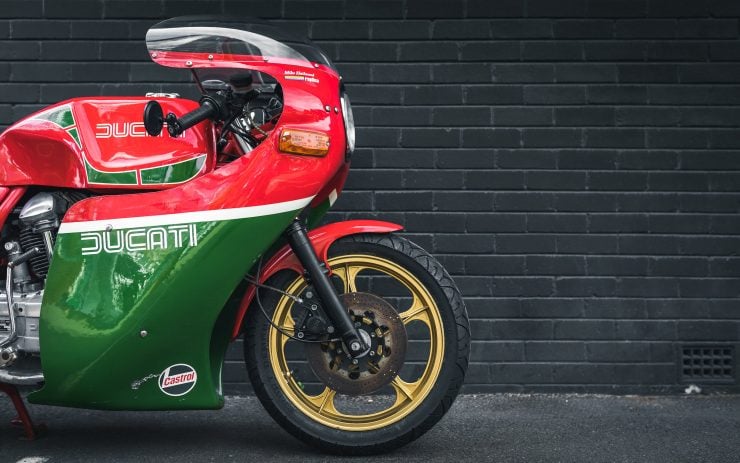 The Ducati 900 Mike Hailwood Replica was first shown at the end of 1979, it was really intended as a bike for the UK market to satiate demand after the popular Hailwood win at the TT.

Though it was largely similar under the skin to the regular Ducati 900SS, the Hailwood Replica did have a couple of tricks up its sleeve – it was fitted with appreciably larger Dell’Orto carburetors than the normal bike at 40mm vs 32mm (earlier examples of the 900SS had the 40mm option also), and there were no air filters – just a wire mesh over a velocity stack. The exhausts use twin straight through Conti mufflers, replacing the far quieter and more neighbor friendly silencers on the 900SS. 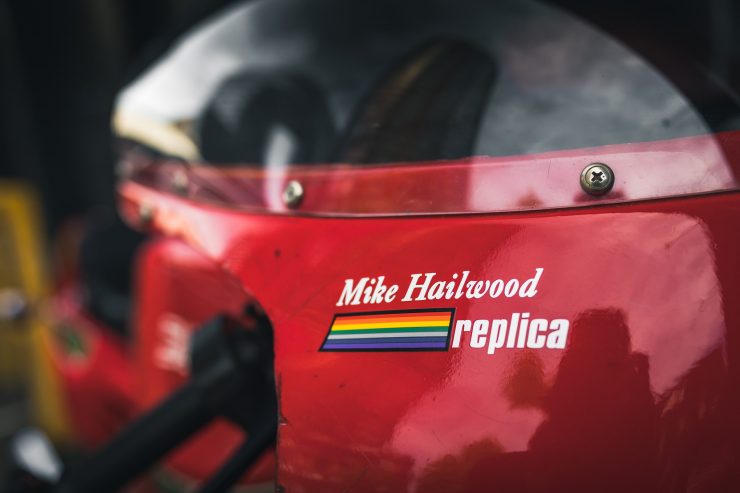 As a result of the bigger carburetor and more performance oriented exhaust, the MHR delivered 76 hp at 6,700 rpm, it has a kerb weight of 195 kilograms, and it offers a top speed well in excess of 130 mph. These were significant figures in the late-1970s.

Over the course of the 1979 to 1986 production run Ducati sold over 7,000 examples of the 900 Mike Hailwood Replica, bringing in much needed revenue for the struggling company. Today the surviving examples are steadily rising in value, thanks both to the Mike Hailwood connection and to the fact that it was one of the last Ducati’s to feature the iconic bevel-driven overhead cam.

The beautiful example you see here is currently for sale via the iconic Gasoline Motor Co. out of Sydney, Australia. It’s listed at $28,999 AUD, and it’s said to be in excellent condition and ready to ride away.

If you’d like to read more about it or register to bid you can click below to visit the listing. The team at Gasoline are experienced with international orders, and are happy to co-ordinate shipping for overseas buyers. 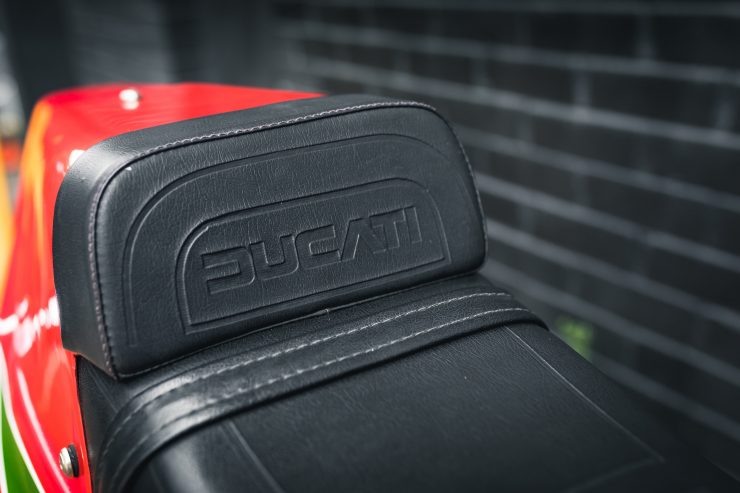 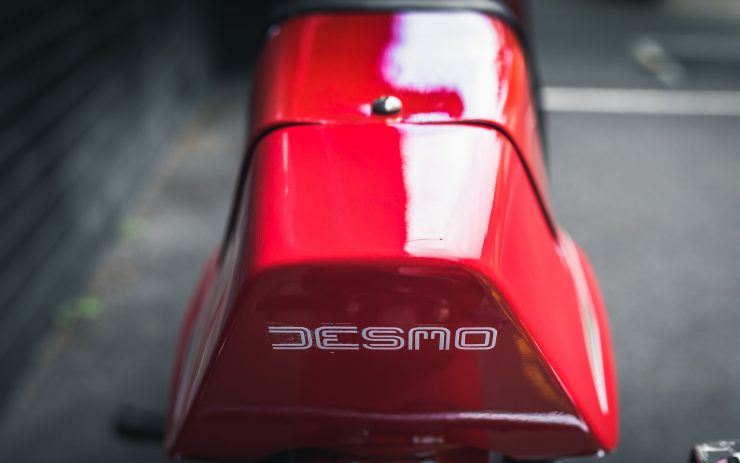 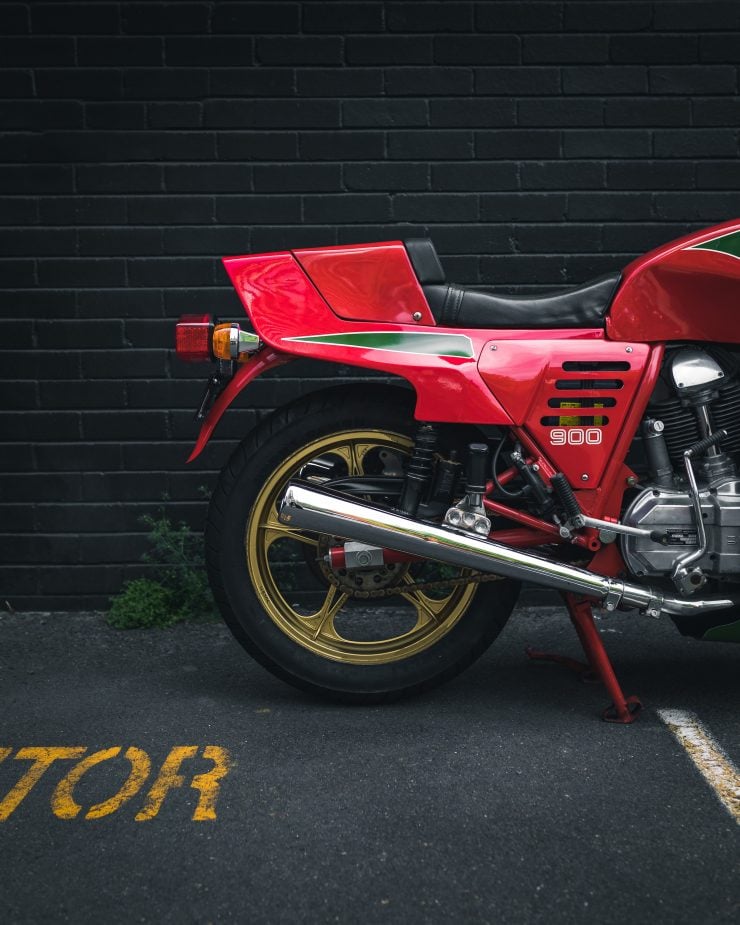 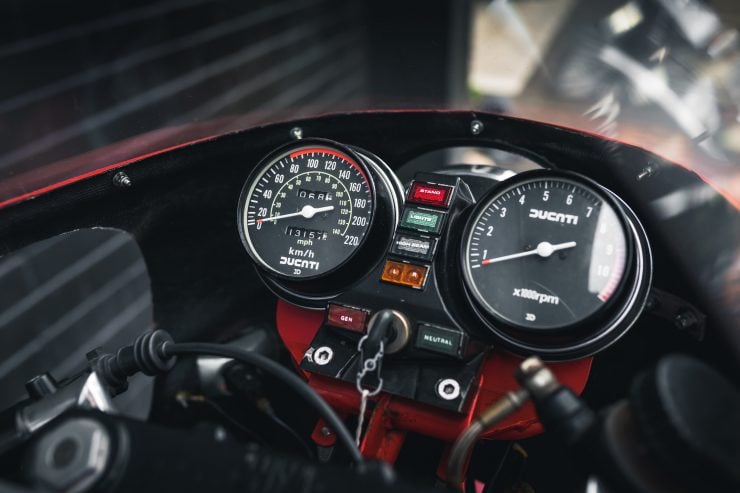 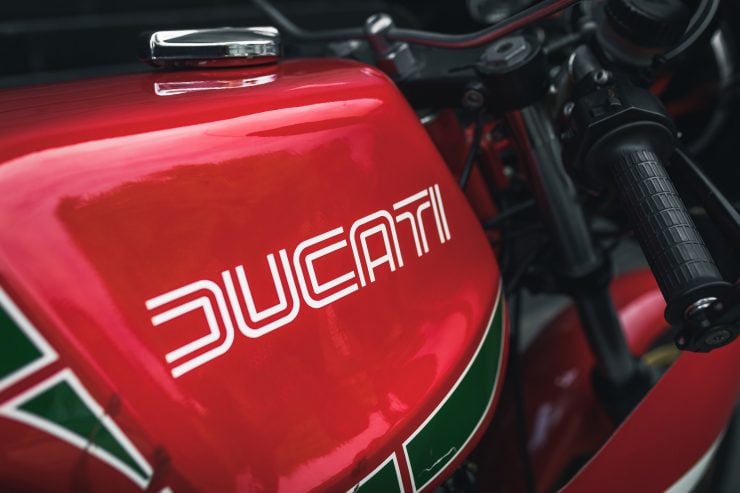 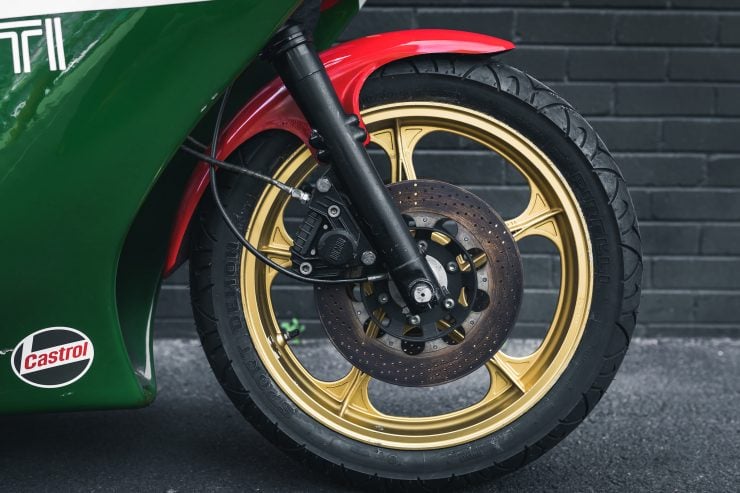 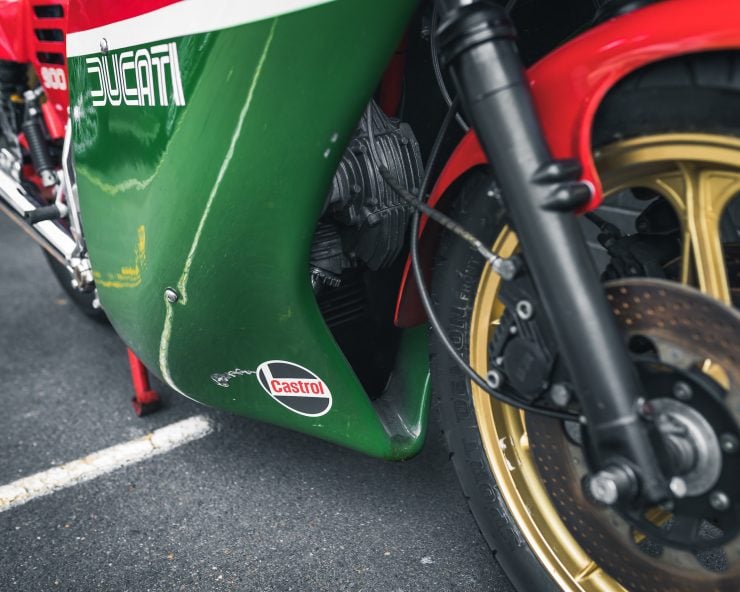 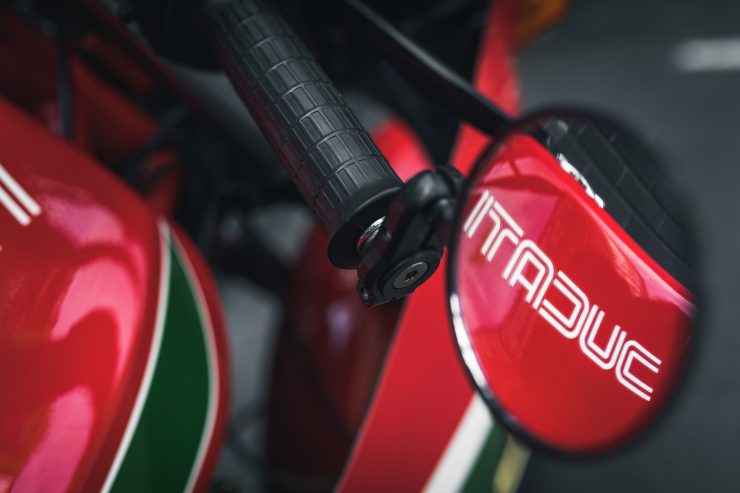 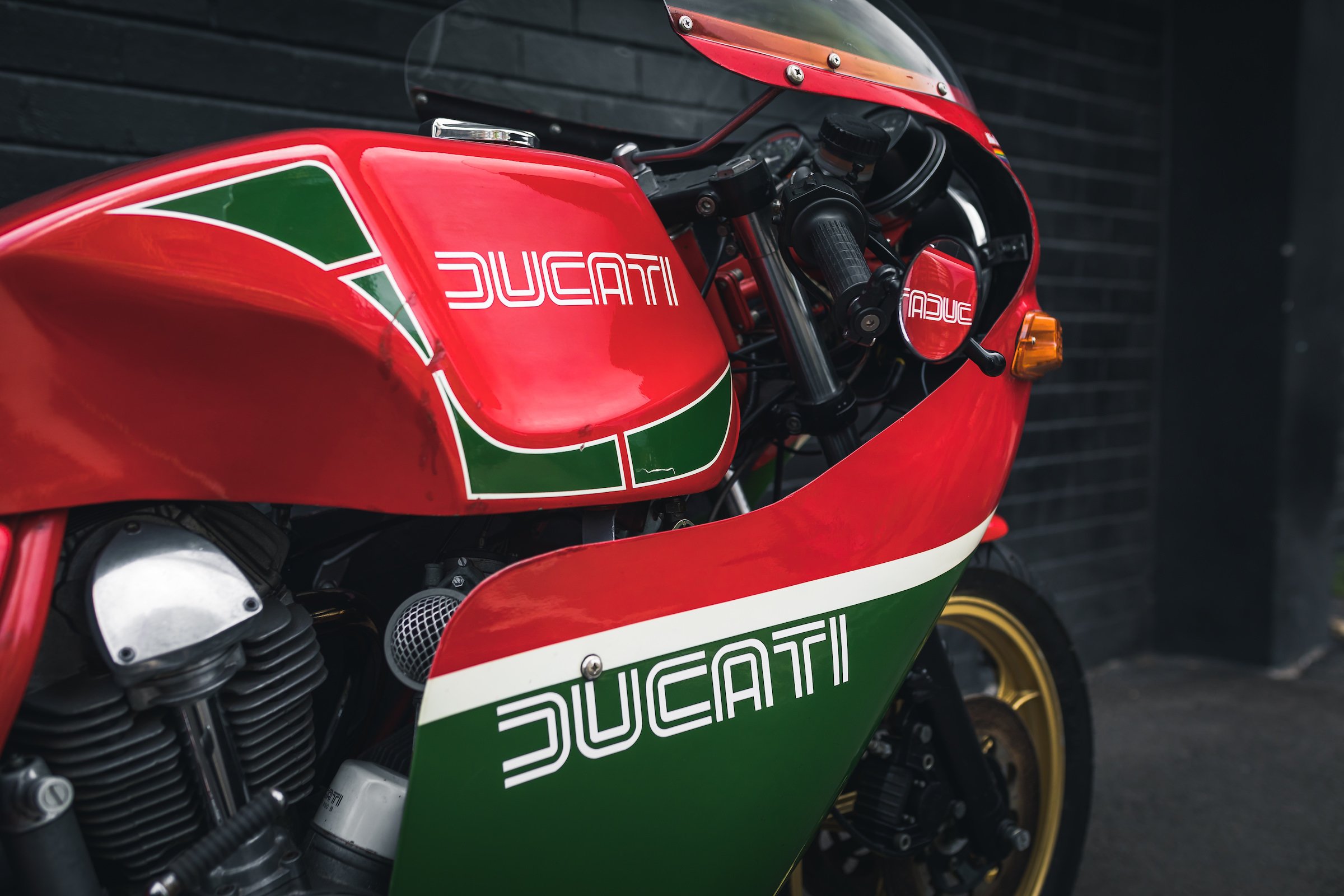