The True North Spin Coin – Made In California

Each True North Spin Coin is manually machined by hand from solid brass by members of the Lawson family, proprietors of the family-owned and operated J. L. Lawson & Co. in California.

In many respects spin coins were the original fidget spinners, you keep one on your desk and spin it when you’re thinking or on the phone, giving you something to do with your hands while your mind is on something else.

The J. L. Lawson & Co. version of the spin coin has a functioning compass embedded in the top, with a 1/8″ ceramic ball point on the underside allowing exceptionally long spin times – as long as 6 to 7 minutes with a good spin.

The coin itself measures in at 1.5″ wide, it has criss-crossed grip lines cut into the side, with concentric circles machined into the top and bottom. Each is individually made in California. 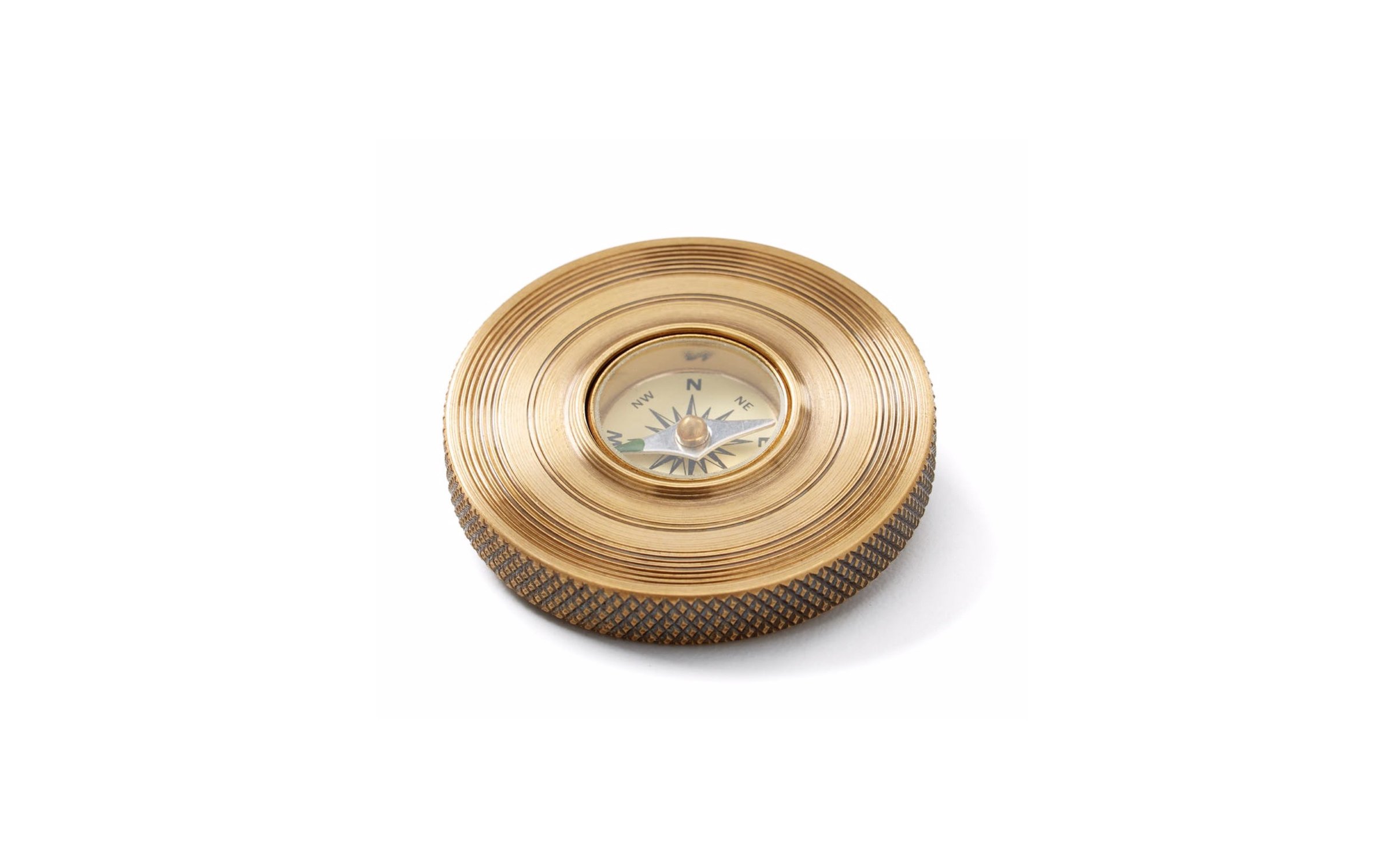