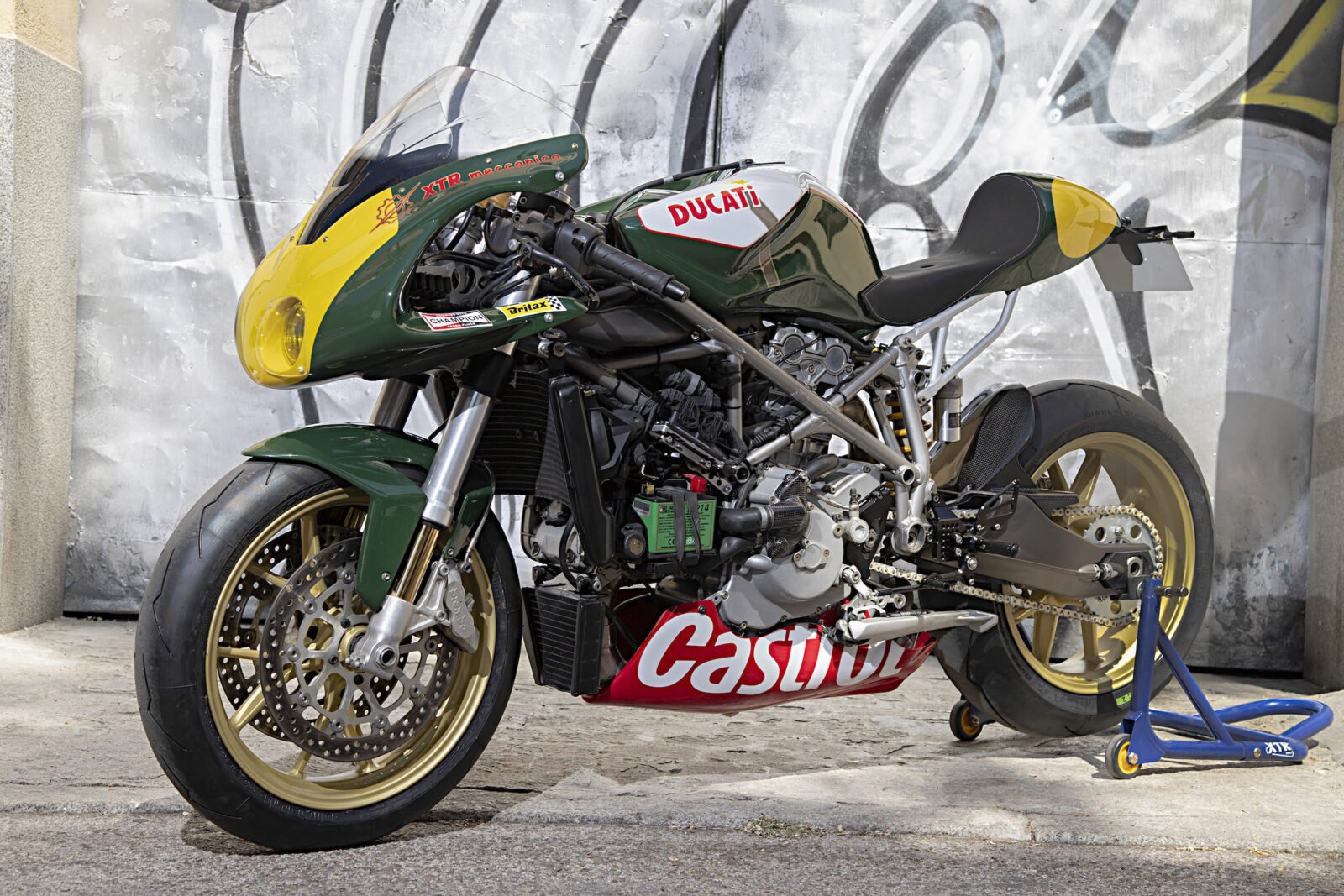 The Ducati 999 was one of the most successful superbikes of its era in the Superbike World Championship – the model won the championship outright in 2003 (Neil Hodgson), 2004 (James Toseland), 2006 (Troy Bayliss), and it also won the 2005 BSB title (Gregorio Lavilla).

The 999 had its work cut out for it when it was first released in 2003 as a replacement for the much loved Ducati 916. The Massimo Tamburini-designed 916 is widely regarded as one of the most desirable superbikes of the modern age, so there was an inordinate amount of pressure on its successor.

Ducati fitted the 999 with a 998cc to 999cc (depending on model), liquid-cooled, four-stroke, 90° L-twin with double overhead cams and four desmodromic valves per cylinder. This engine is capable of between 138 hp and 145 hp depending on the specific 999 model iteration, and it’s mated to a 6-speed transmission.

Ducati prefers to call its V-twin engines “L-twins” as they have a 90° bank angle like the letter “L”, and it also allows them to differentiate their product line from the V-twin engines being produced by companies like Harley-Davidson and Indian. 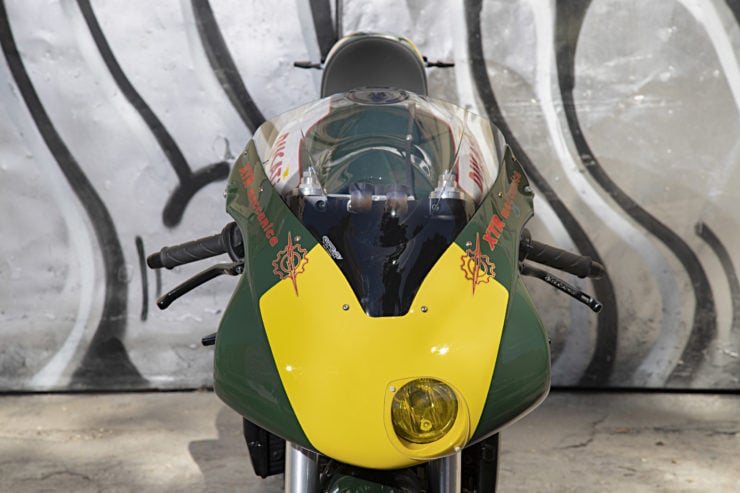 The 999 uses a signature Ducati trellis frame, it has a monoshock rear, upside down forks up front, twin four-piston calipers up front and a single unit on the rear, and an elegant fairing that would be very influential on future Ducati superbikes.

Legendary South African motorcycle designer Pierre Terblanche was responsible for the design of the Ducati 999. Terblanche had worked at Cagiva’s Research Center in San Marino under Massimo Tamburini, he would rise to the top spot and design iconic Ducati models like the Ducati Hypermotard, the Ducati Sport Classic series, Ducati MH900e, Ducati Multistrada, and the Ducati Supermono.

Since leaving Ducati he’s worked for a number of other motorcycle marques, designing bikes like the the Confederate X132 Hellcat Speedster, the Royal Enfield Himalayan, the Cagiva 600 Canyon, and many others. 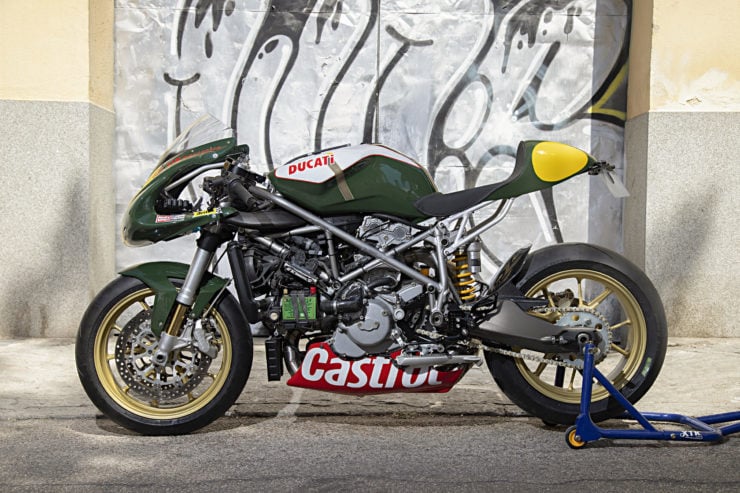 The Custom Ducati 999 by XTR Pepo

The comprehensively rebuilt custom Ducati 999 you see here is the work of XTR Pepo, a Madrid-based custom motorcycle garage run by Pepo Rosell.

Pepo was formerly the head of Radical Ducati, arguably the most famous custom Ducati garage in the world. He decided to transform Radical Ducati into XTR Pepo in order to allow him to work on motorcycles from other marques, however it seems clear that Ducati is still very close to his heart.

This built began with a stock 2004 Ducati 999, the build started with a strip down and an inspection of parts – all of Pepo’s builds are designed to be faster, improved versions of their stock foundations and this build was no different. 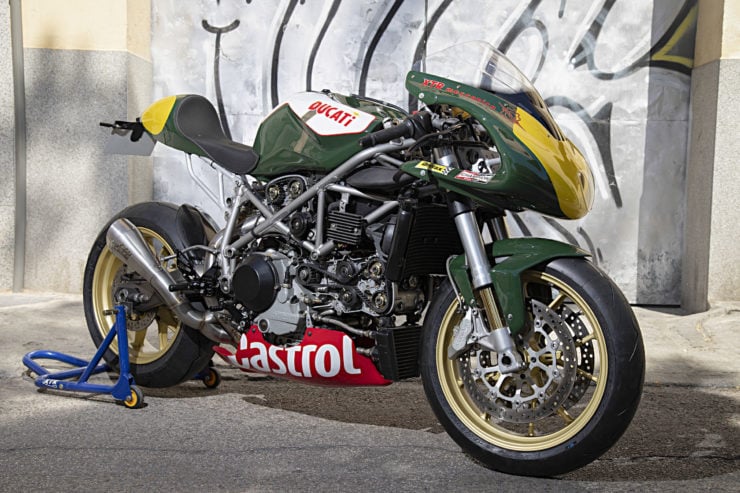 The rebuilt process included the fitment of a new RAD fuel tank with a Lightech gas cap, this was paired with a RAD solo seat with XTR upholstery. The original fairings were replaced with a new RAD front fairing modified to allow the fitment of the XTR endurance light on the lefthand side.

A new high-flow Fresco 2-in-1 exhaust system has been fitted along with a Spark megaphone muffler, the ECU was remapped to take full advantage of the new exhaust and power was notably increased. 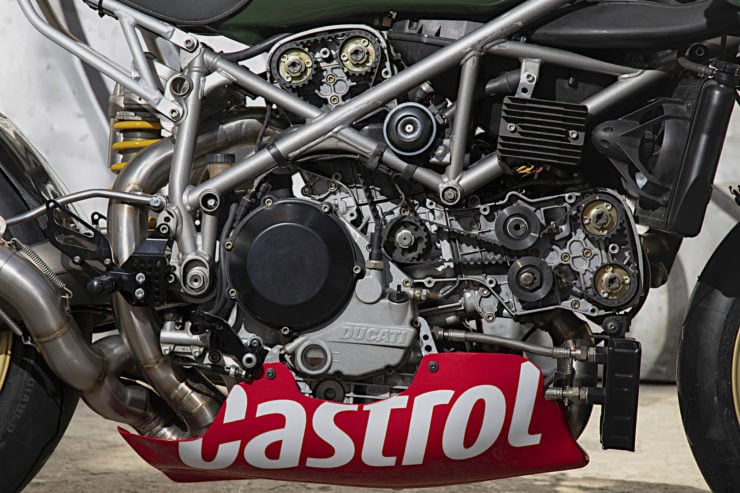 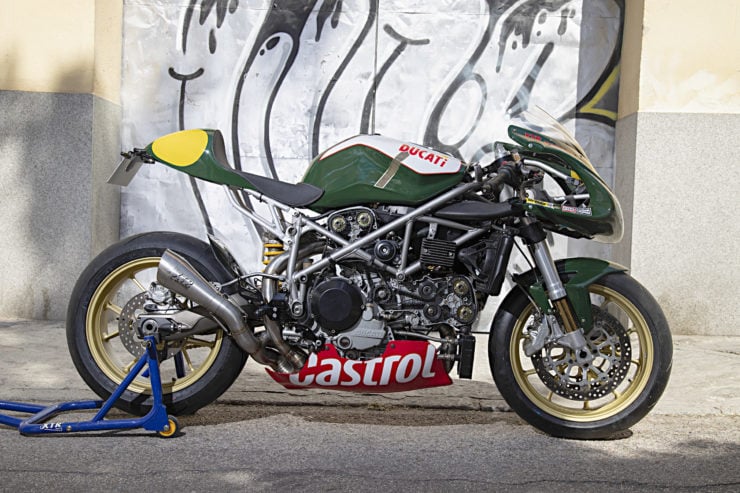 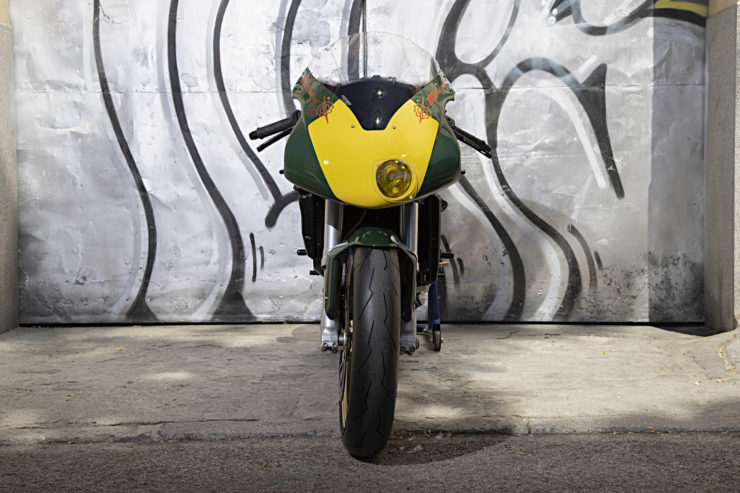 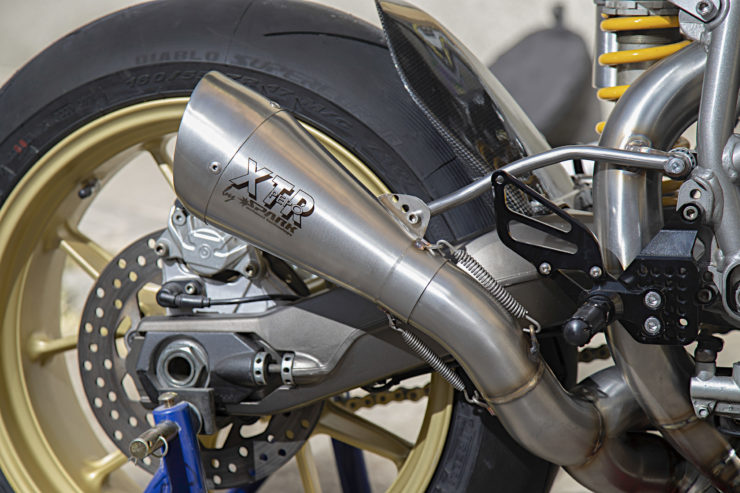 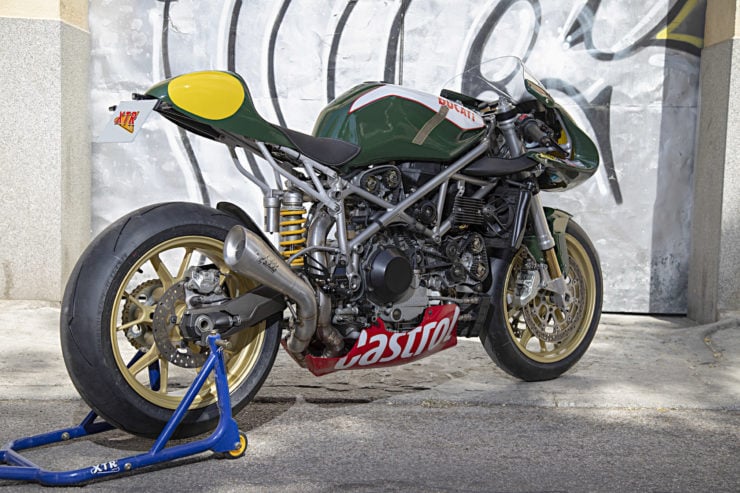 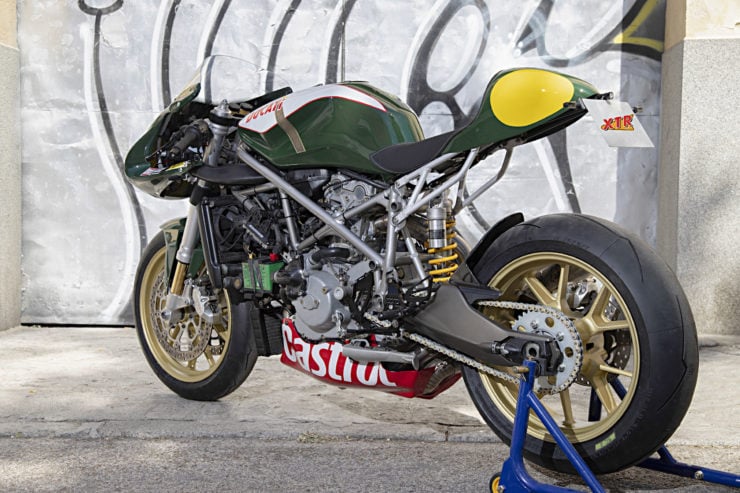 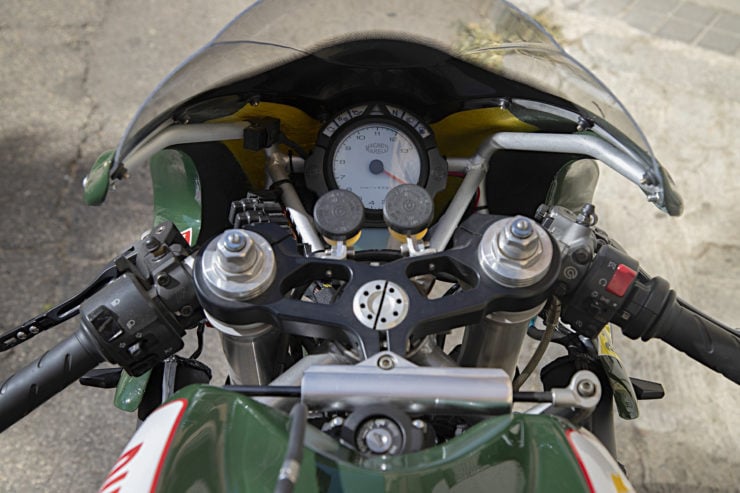 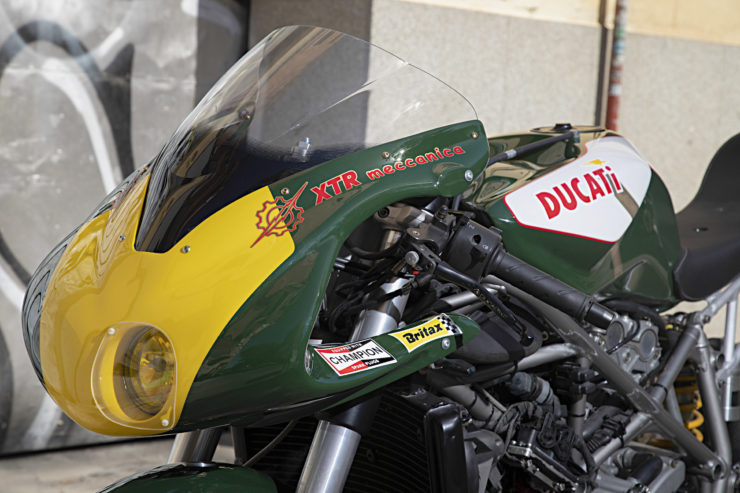 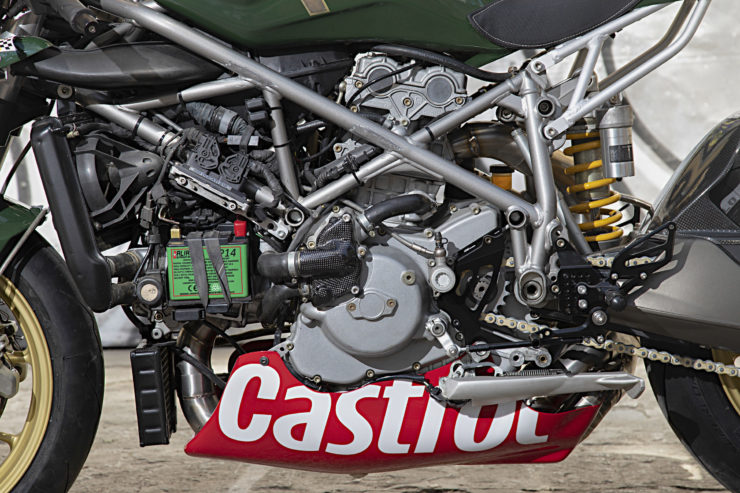 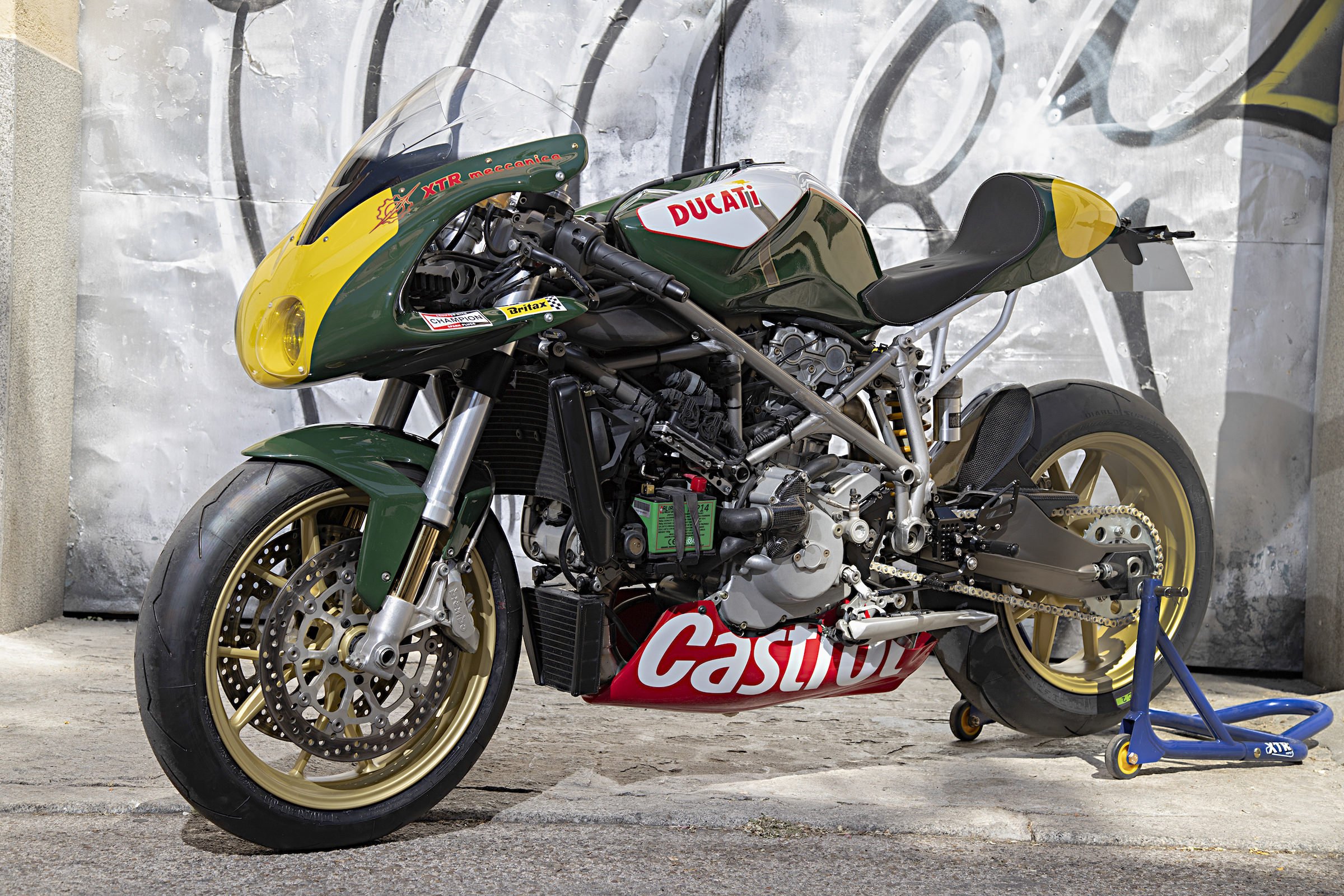