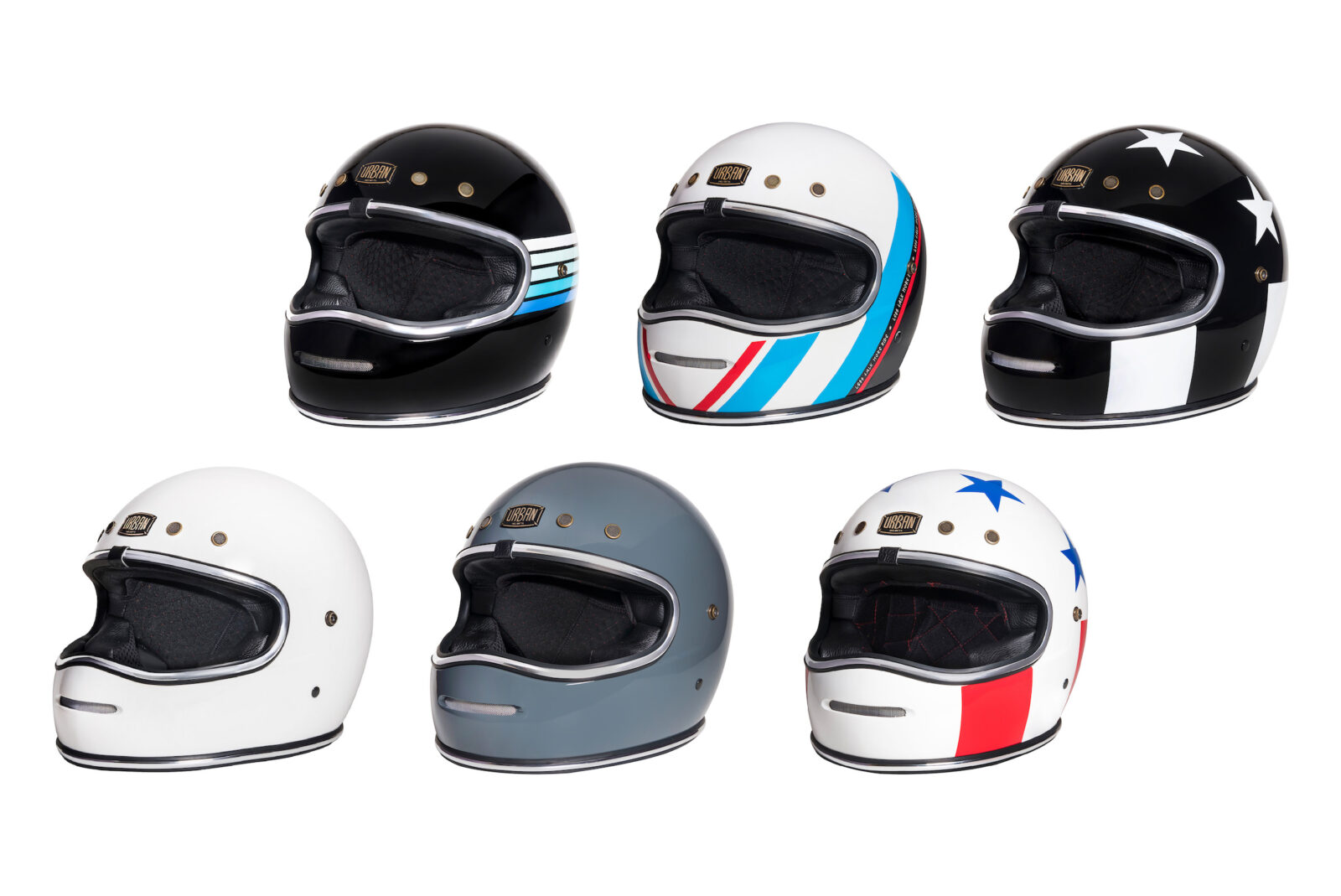 4 / 5 Reviewer
Pros
Cons
The Urban BigBore is a retro full face motorcycle helmet built to US DOT and Brazilian Inmetro specifications, offering modern safety in a classically designed shell. Each BigBore has a lightweight ABS shell and an EPS liner designed to absorb impacts and significantly reduce the G-forces experienced by the brain in the event of an accident.
Safety4
Affordability5
Comfort4
Styling5
Ventilation4

DOT testing requires that a helmet withstand two impacts on the same part of the helmet without failing, and they’re not permitted to convert more than a survivable amount of G-forces to the head within controlled laboratory conditions.

Inside the BigBore helmet you’ll find an alcantara lining with removable cheek pads, there’s a padded chin strap with D-ring, and a uniquely shaped 3 inch eye port that fits 3.5 inch googles or glasses.

There are airflow ports along the front of the helmet to help keep you cool, and Urban offer their own snap-on shield that utilizes the two snaps on either side of the face port. Chrome trim surrounds both the face port and neck port, and there’s a horizontal mouth vent on the shin bar to help keep your face cool.

Venting is vitally important on full face helmets though it’s largely taken care of on the BigBore through the main face port. The brow and chin bar vents are important however as there is an option to fit the Urban BigBore Face Shield which completely seals the face port – this is useful for riding at higher speeds on highways as well as riding in dusty environments and inclement weather.

Urban is probably most famous for their 3/4 face and full face motorcycle helmets, though they do offer a broad range of other gear too including hats, t-shirts, board shorts, skateboard decks, and flannels.

The helmet range is extensive with a wide variety of shell colors and art to choose from. Sizing ranges from S to XL and the helmets weigh in at 3.13 lbs, though the weight will vary slightly based on the size you choose.

The Nexx XG200 is a modern motorcycle helmet designed with a shell made from a proprietary X-Matrix blend of carbon, Kevlar, and fibreglass fibres to offer the best mix between low weight and high shell…

The DL Adventure Dromedary Patented Motorcycle Tent is a relatively new offering in the growing motorcycle camping genre. It incorporates two features we’ve seen in other motorcycle tents but never at the time time –…