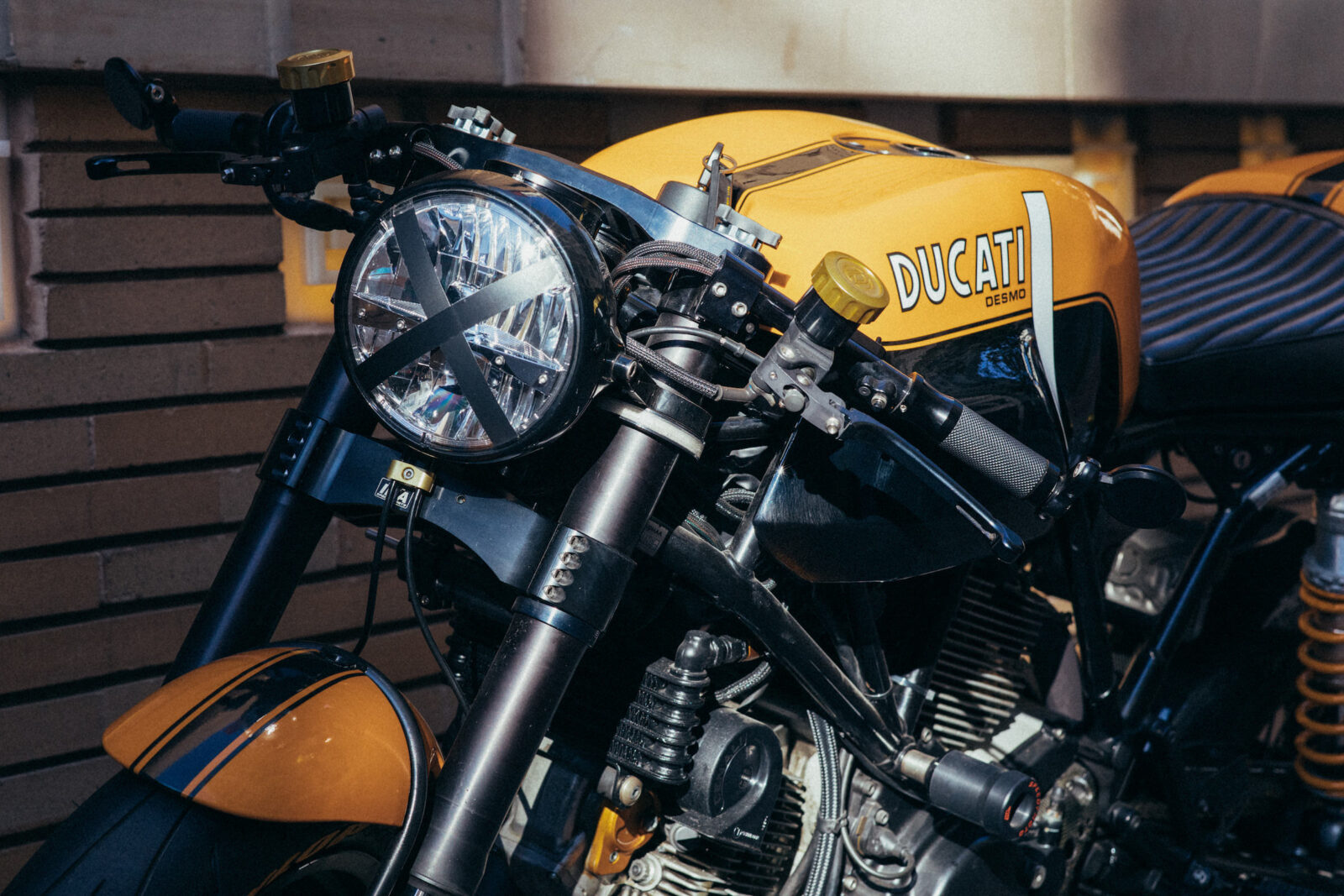 This Ducati Sport 1000 is the work of AJ Pushkarna, a Systems Engineer by day and custom motorcycle builder by night. AJ has previously built a number of bikes including one of our favourite BMW scrambler customs of all time – a retro R100 dual sport that’s about as close to aesthetically perfect as it’s possible to get.

The project to build this Ducati actually started 5 years ago when AJ bought himself a bone stock Ducati Sport 1000 as his daily rider in San Francisco. He’d been riding for year by that point he didn’t yet have a motorcycle license in the US or any riding gear – so when he bike was dropped off he took it for a spin around the block to check everything was okay, and then set about getting his license transferred and buying a helmet and gear. 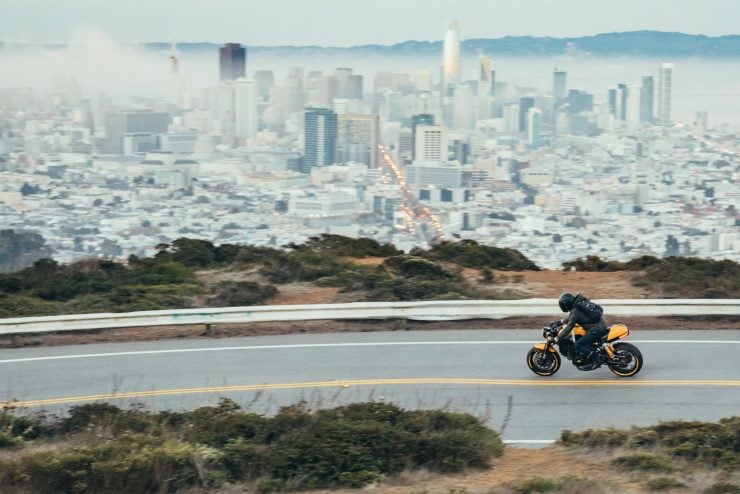 Over the next 5 years AJ used the bike to get to and from work – before the desire to take to it with wrenches for a rebuild finally overcame him in 2018. San Francisco property prices being what they are very few people have garages, so AJ builds his bikes at a shared creative space among friends. It’s humbly equipped and doesn’t have any fancy gear or power tools, so each of his builds is done with hand tools and good old fashioned hard work.

AJ had initially been a little reticent to buy the bike due to the color, he didn’t like the way it looked in pictures but loved the way it looked when he saw the bike in person. So much so that after the build he had it repainted in a black/yellow two-tone and named it L’ape – Italian for “The Bee”.

The Ducati Sport 1000 was a member of the Ducati Sport Classic series of motorcycles built by the Italian company between 2006 and 2010. It still seems strange that they stopped building them, they were hugely popular and even now there aren’t many motorcycles in the modern classic genre that can really compete with them for styling, build quality, and power. 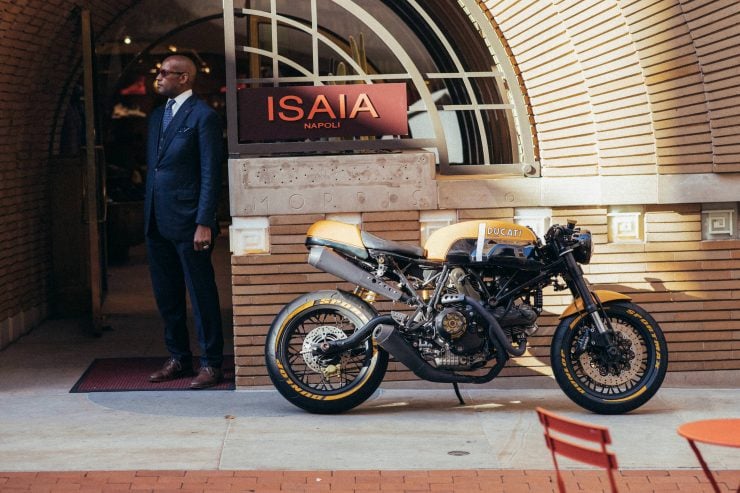 When customizing his Sport 1000 AJ wanted to keep the bike true to the original Pierre Terblanche design, while significantly increasing performance and sharpening the look. The goal was to increase power to 100 hp at the rear wheel (compared to the stock output of 91 hp at the crank), add new suspension front and back, and new brakes.

The power increase was accomplished by rebuilding the heads and adding Ducati 1100 EVO camshafts with higher lift and longer duration. A new high-flow airbox was added with a K&N filter, a full Zard exhaust, a Microtec ECU was installed and dyno tuned to take full advantage of the new performance parts.

With the power goals met AJ turned to the suspension, a new Öhlins monoshock was fitted in the rear, and the forks were rebuilt with Andreani cartridges and black anodized fork tubes. An Öhlins steering damper was also fitted along with new clip-ons, custom spec triple trees, Alpina spoke wheels, POSH switchgear, Rizoma grips, an Antigravity battery, Speedymoto engine and axle guards, billet rearset controls and pegs, and a Motogadget Chronoclassic speedometer.

In order to improve braking the original twin piston calipers were swapped out for four piston units on either side of the front wheel – significant improving stopping power. 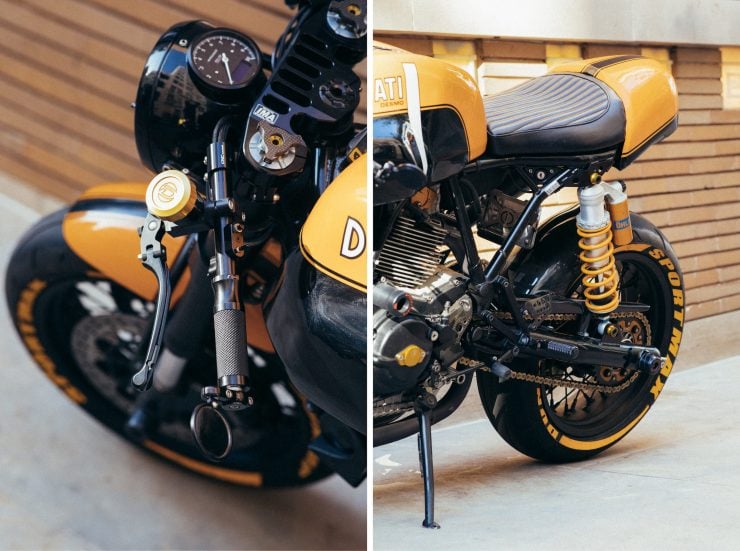 The original fuel tank was kept in place but a new seat and rear cowl was made, the seat pan and cowl were both handmade by AJ from fibreglass to moulds he created himself using industrial clay and a lot of trial and error. The new seat was upholstered by New Church Moto and the cowl, tank, and fender were painted by the team at CycleFinish.

The completed bike is still clearly a Sport 1000, though it now has an edge that the original lacks, not to mention a fistful more power, a little less weight, and a whole lot more stopping power. I can’t help but think that Terblanche would approve. 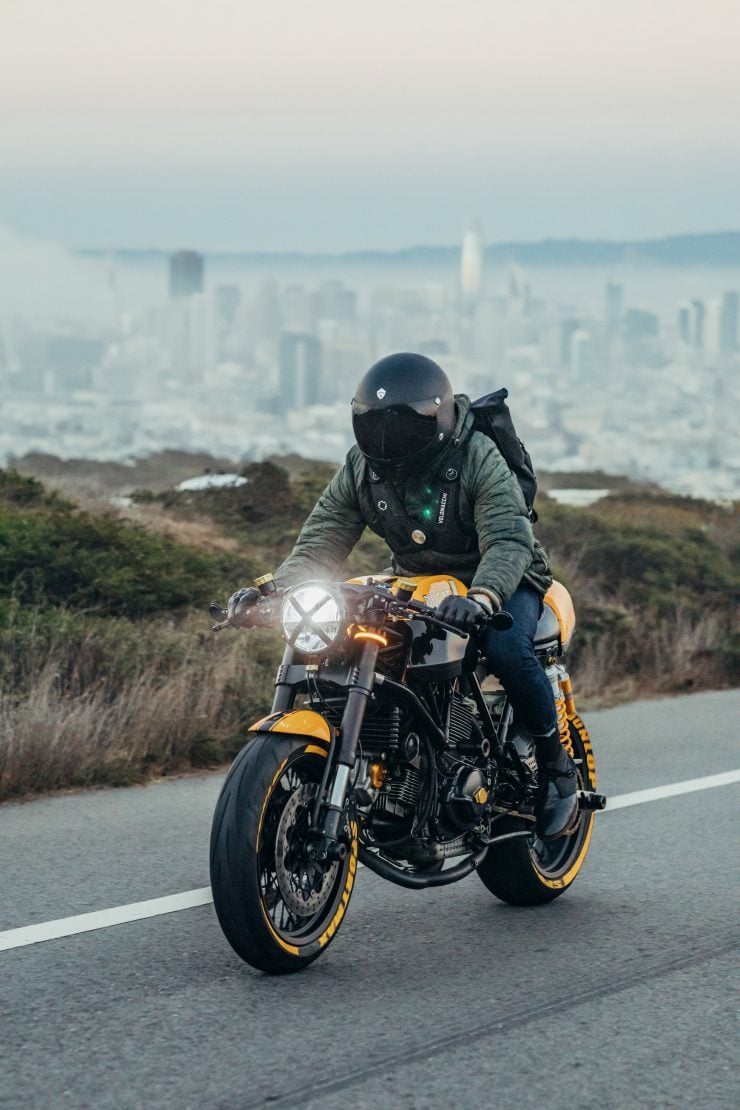 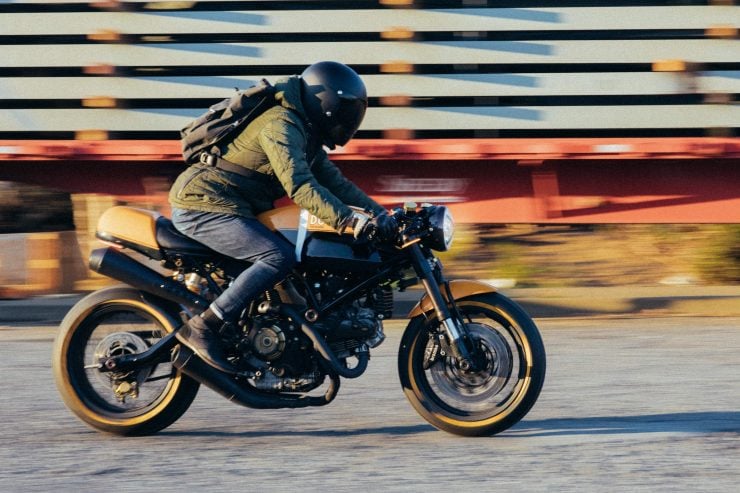 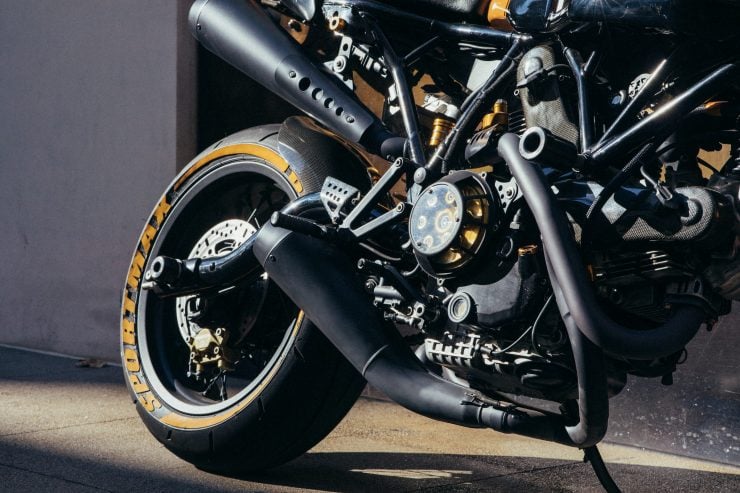 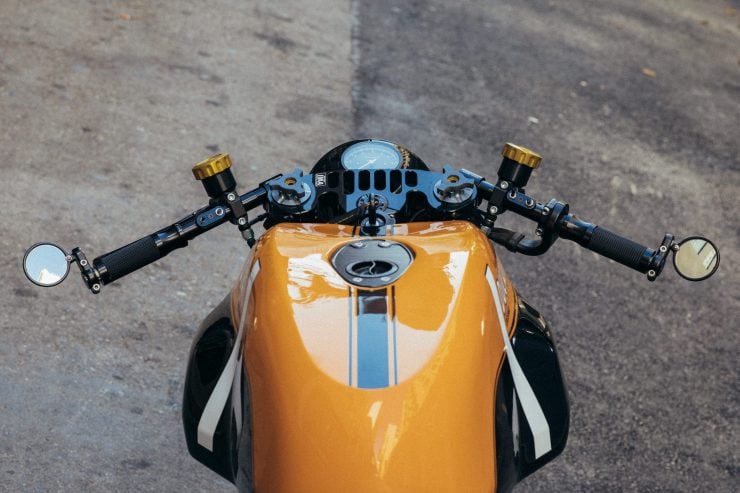 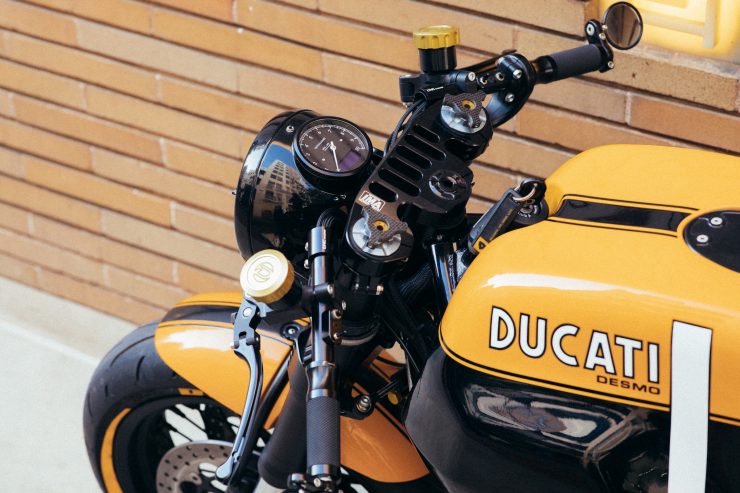 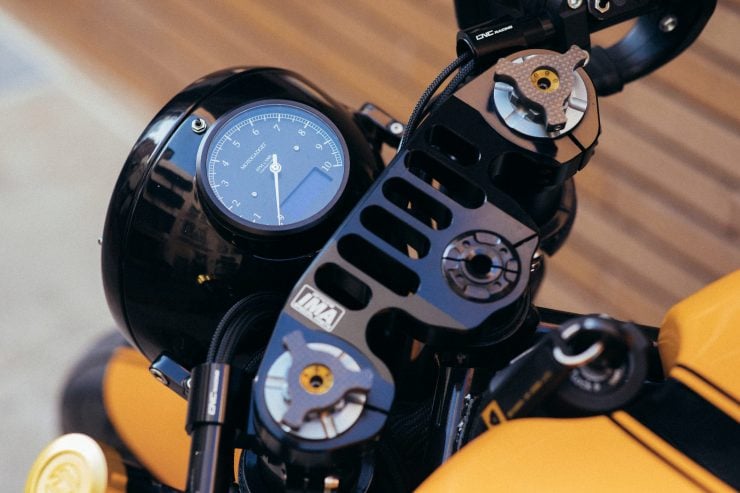 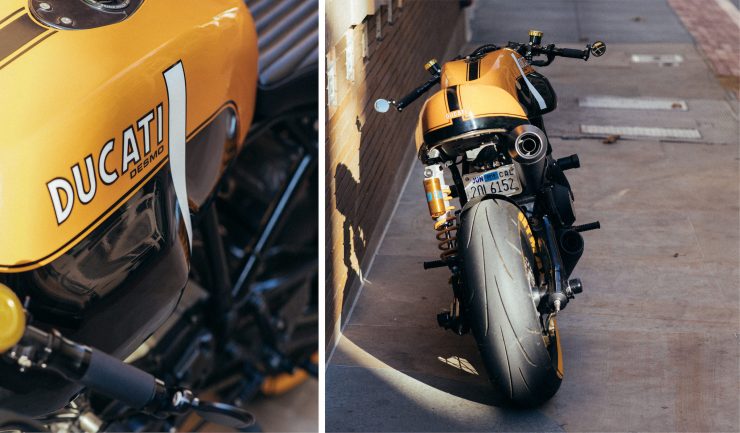 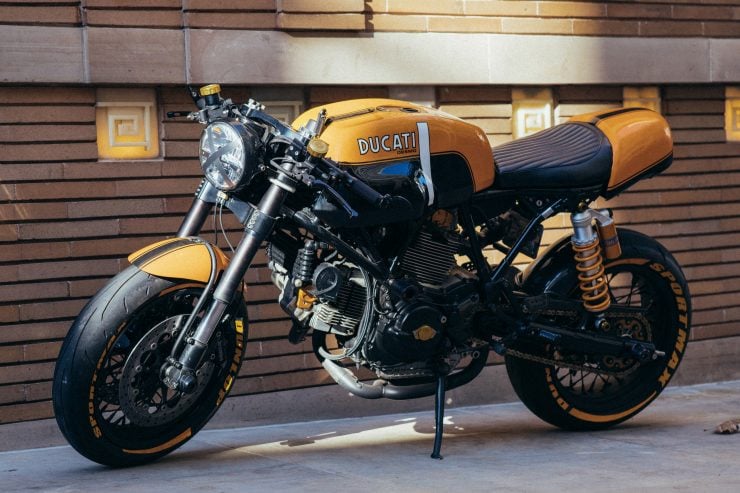 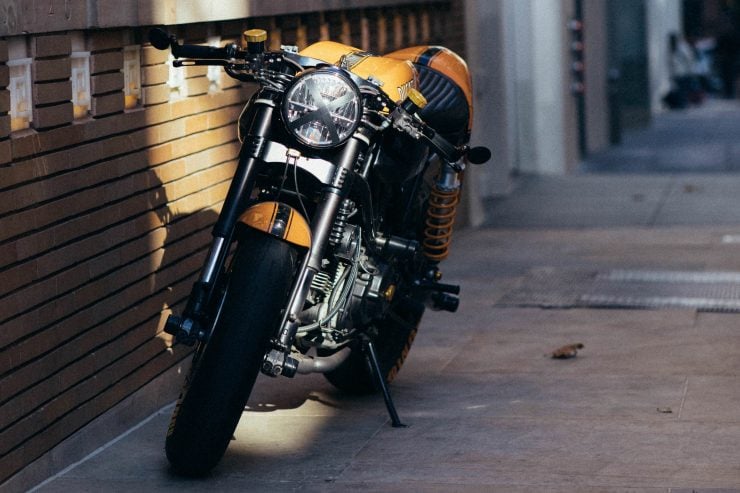 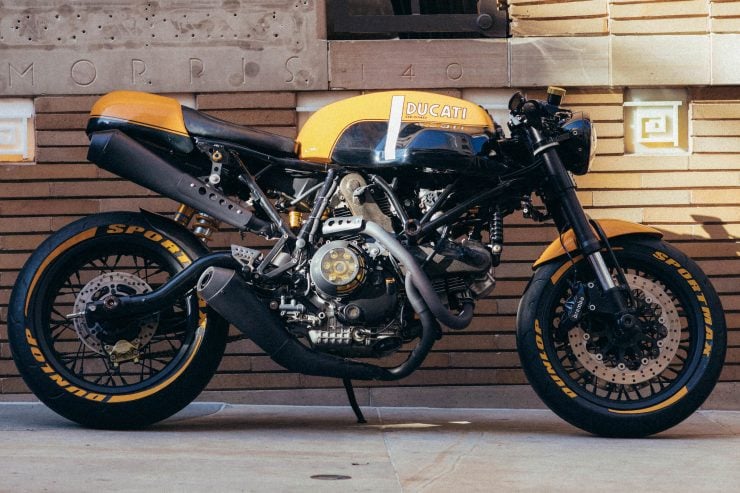 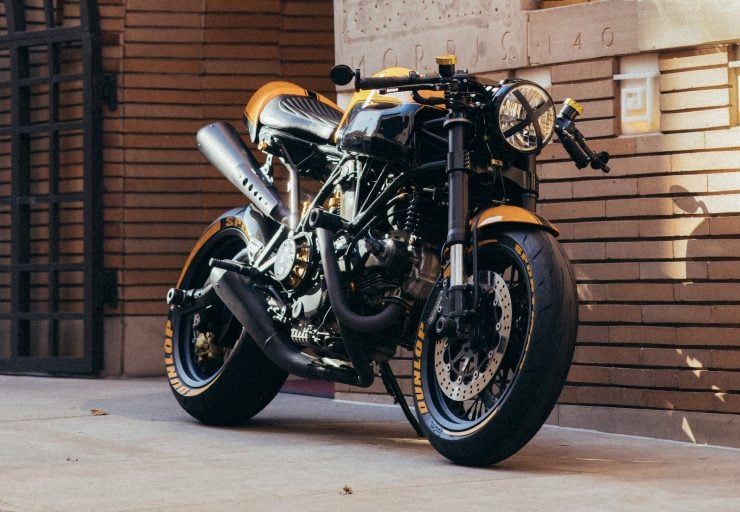 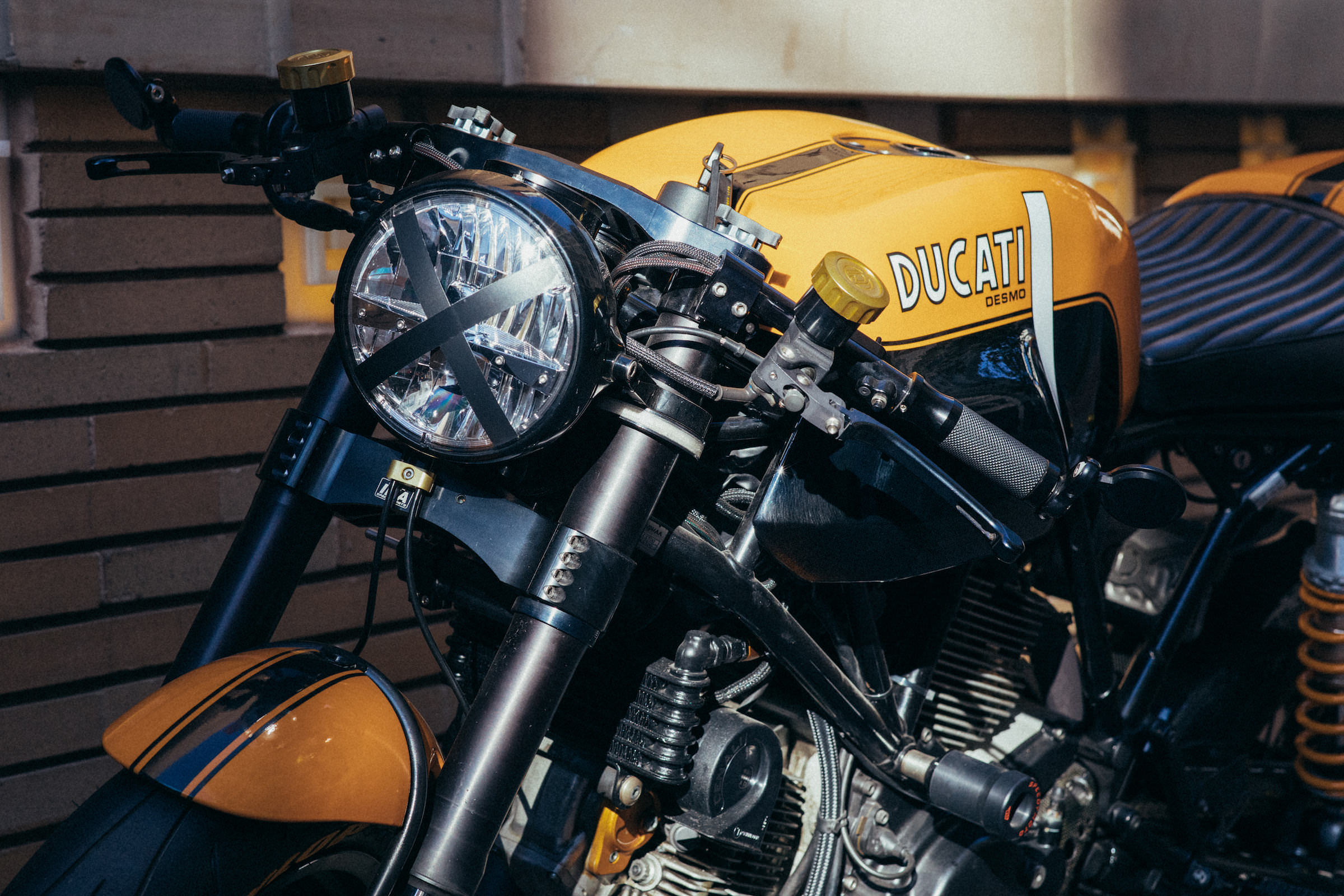