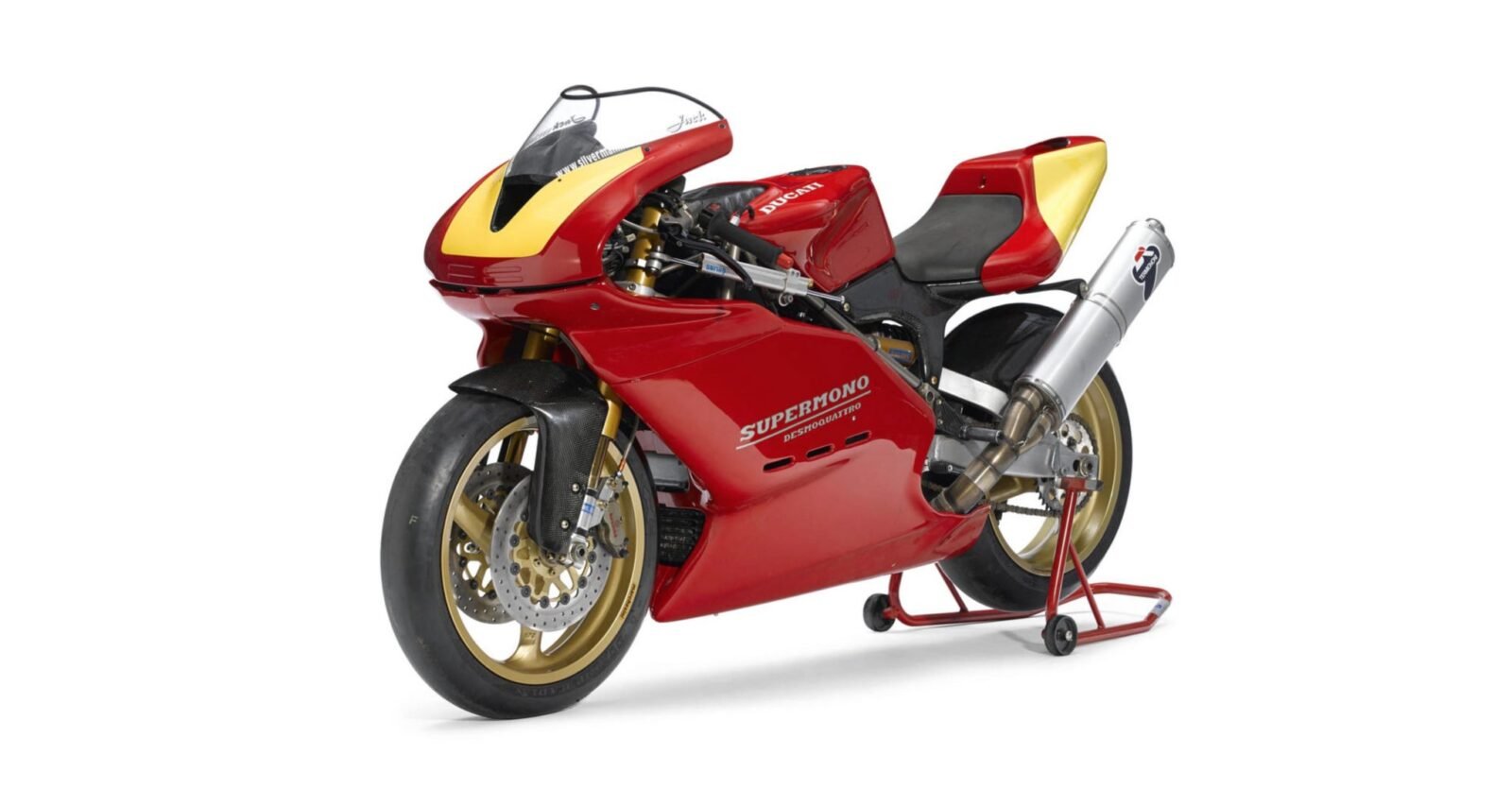 The Ducati Supermono is one of the most successful dedicated racing motorcycles ever built by the Italian motorcycle marque, it was originally released in 1993 but to look back at its design from 2014 the bike still seems strangely modern, despite the fact that it’s now 21 years old.

One of the reasons for this is the design team tasked with creating the Supermono, Pierre Terblanche was in charge of the exterior with Claudio Domenicali and Massimo Bordi responsible for creating the frame, engine and transmission. This team was one of the most talented to find employ at Ducati and their work with the manufacturer has had a significant and permanent impact on the motorcycles produced by the company, not to mention the motorcycles produced by other marques seeking to compete with the Italians.

Ducati had commissioned the Supermono to compete in the European Supermono racing series, most competitors use modern superbikes fitted with high-performance single cylinder dirt bike engines. The bespoke Italian Supermono had been designed from the ground up to dominate the series, as well as every other series in which it was allowed to compete – and it achieved its goal without seeming to break a sweat.

The Ducati also took 2nd place at the 1994 Isle of Man TT before winning the singles class the following year in the hands of the late-great Robert Holden.

With a dry weight of just 118kgs (260lbs) and an output of 75hp at 10,000rpm from its 549/572cc (depending on year) 4-valve desmodromic single cylinder engine, the spec sheet of the Supermono is still terrifying. That said, it’s very unlikely that you or I will ever get a chance to throw a leg over one – only 65 were ever made and they now fetch prices well in excess of $150,000 USD apiece.

The example you see here is due to sell on the 8th of January at The Las Vegas Motorcycle Auction, there’s no estimated hammer-price yet but if you’d like to enquire you can click here. 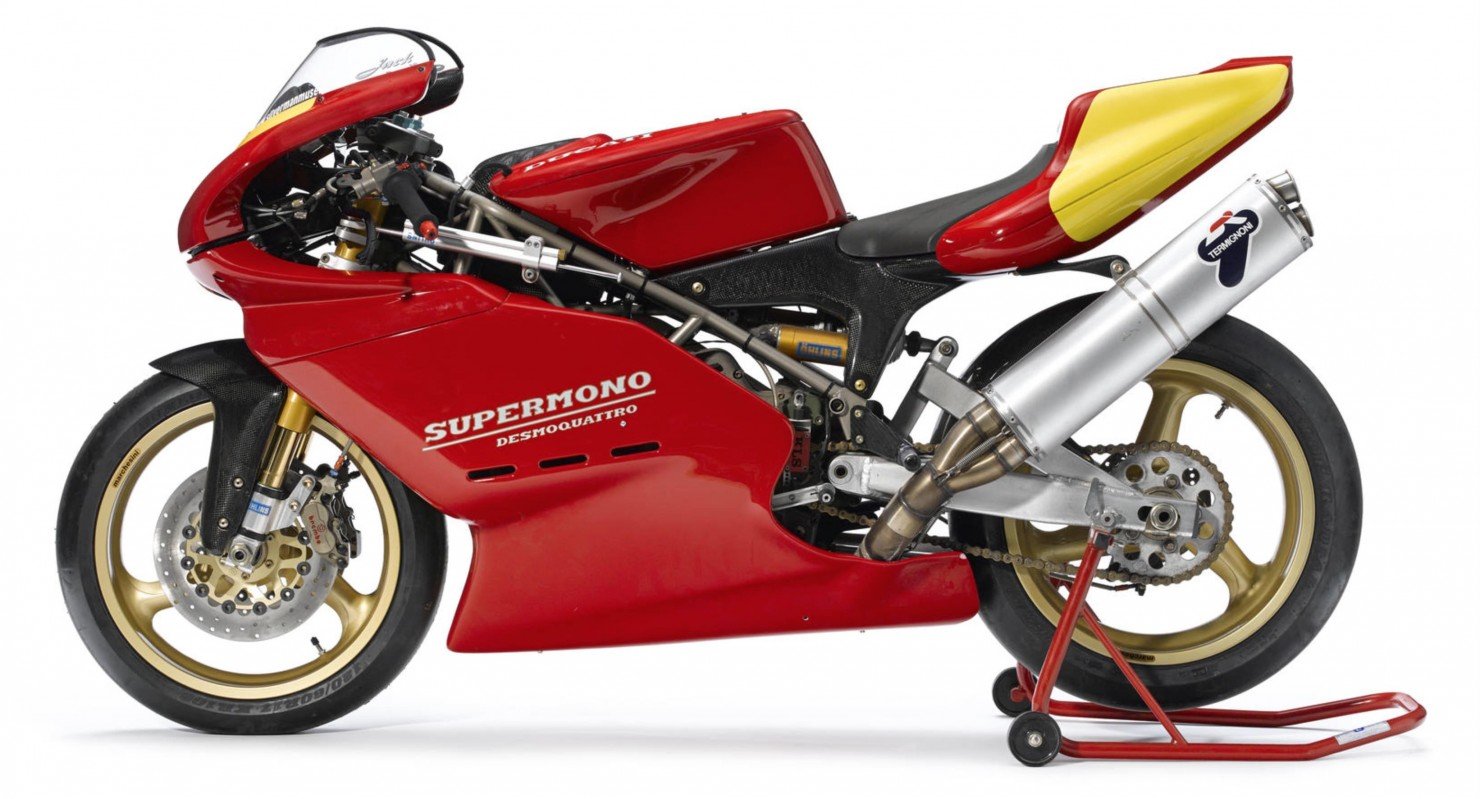 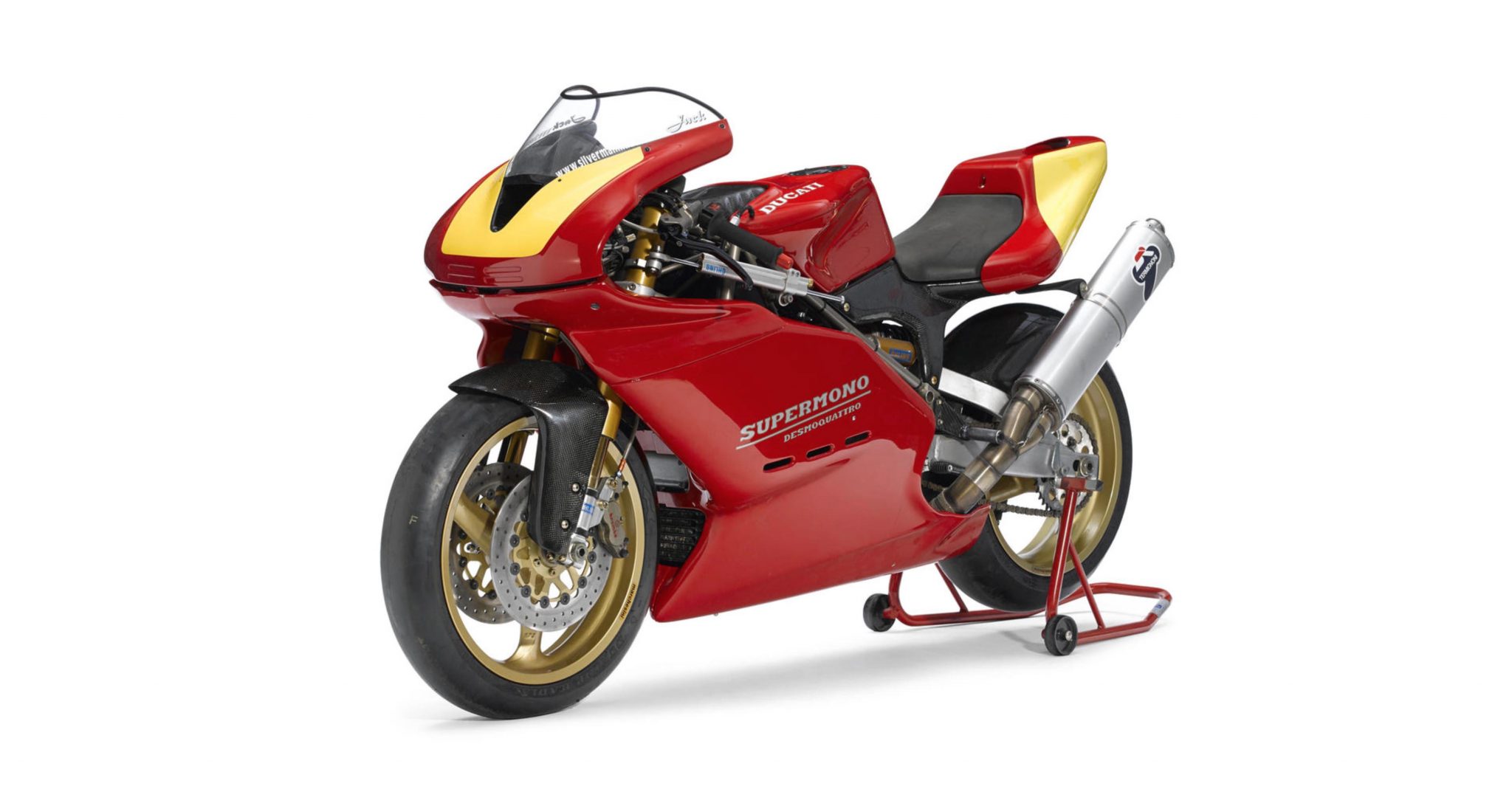