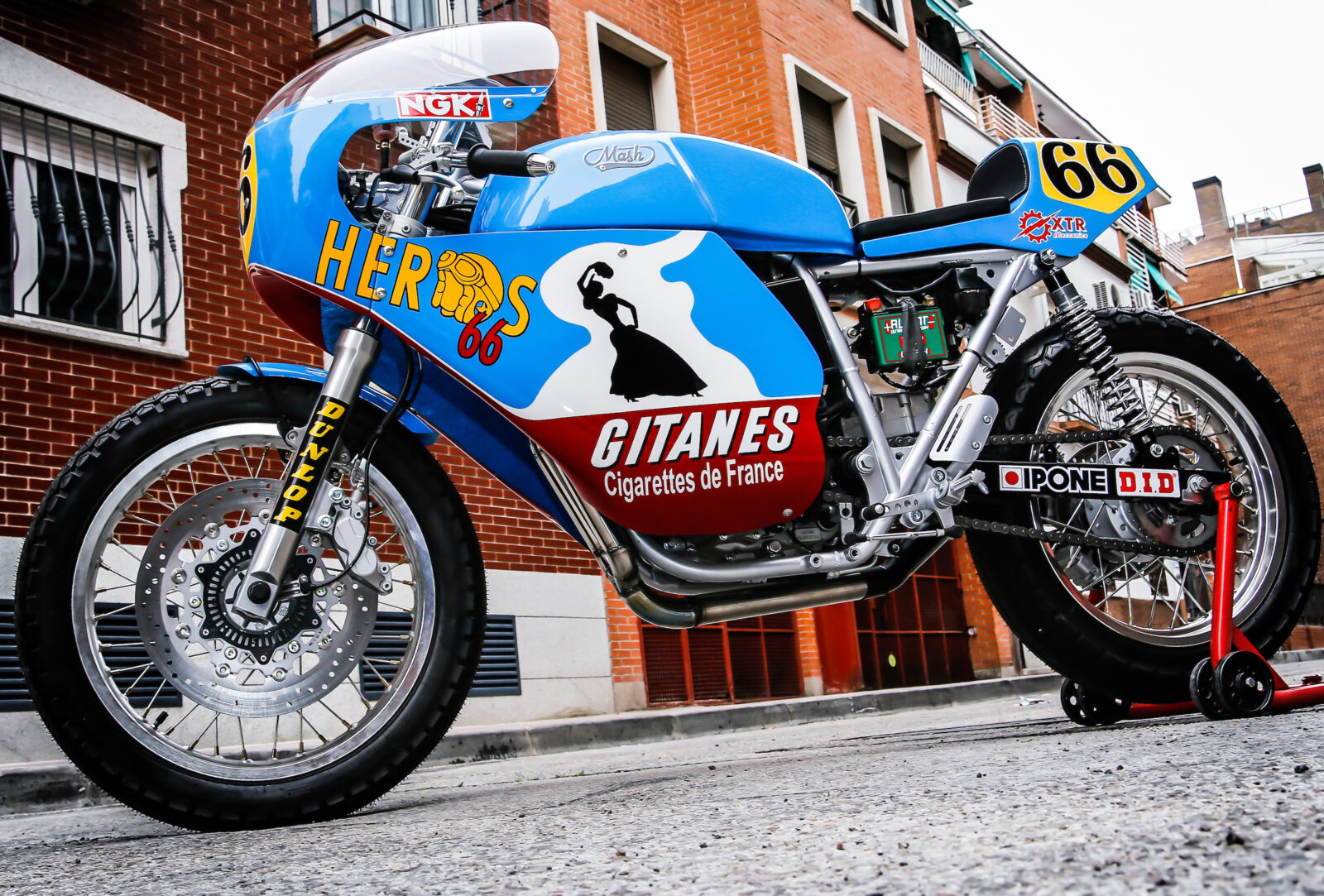 The Mash TT40 Cafe Racer is equal parts French, Chinese, and Japanese – in a manner of speaking. The design is French (with some very obvious British cafe racer influences), the bike is built in Mainland China, and the engine/transmission is (very closely) based on the Japanese Honda XBR500 power unit from the 1980s.

The significantly customized version of the TT40 Cafe Racer you see here is the work of XTR Pepo, a world-renowned Spanish custom motorcycle garage run by the ever-friendly Pepo Rosell. Pepo’s work is typically characterized by its intense focus on engineering, and unwavering attention given to ensuring that each motorcycle he builds is considerably faster than it was in stock form. 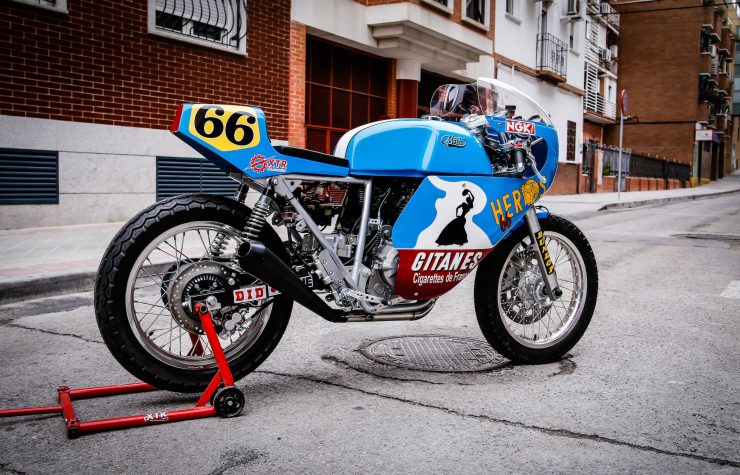 Pepo’s motorcycles always acquire their aesthetics from the form-follows-function school of thought, with no parts used just to make the bike look pretty, everything is designed to get you around the track quicker, or to make you unbeatable on the B roads.

This build was commissioned by Heroes 66, a Spanish Mash Motorcycles importer. The brief was kept simple, just take the stock bike and distill its cafe racer DNA without any concern about daily practicality or passing increasingly stringent emissions restrictions.

The donor bike was stripped back to basics and the original half fairing and seat/rear cowling were tossed on the recycling pile. A full fairing was sourced from an OSSA Grand Prix bike, with a series of brackets fabricated to make it fit the new frame correctly.

A new low-profile seat was made and upholstered in-house, with a matching seat/cowling. The rear subframe was cropped to match, the original rear fender was removed, and all lights and blinkers were removed – they’re no longer needed as the bike is designed to be track-only. 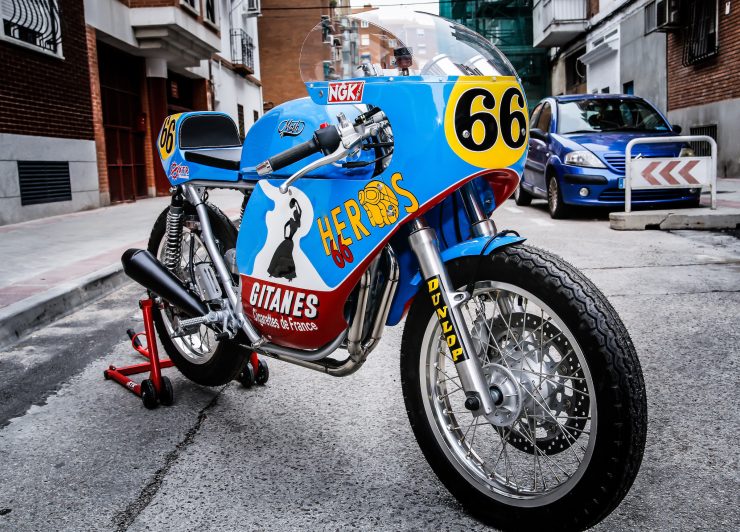 In order to ensure the engine could breathe freely, and produce more power, the original exhaust and airbox was removed.

The side covers were added to the recycling pile and a new DNA air filter replaced the original air box/filter assembly. A Wolfman exhaust system was added, with a black XTR megaphone muffler. This system did away with the catalytic converter and made a considerable difference to power output. Weight was further reduced with the addition of a LiPo battery.

A new Perspex windscreen was shaped in-house by Pepo and his team, and the original clip-on handlebars were moved slightly further down the forks to give a lower riding position. The completed bike looks for all the world like a race bike from the 1960s, and I’m willing to bet it fools a lot of people when it’s displayed.

Mash is a French company that sells a very significant number of motorcycles, in fact they topped the geared 125cc motorcycle sales charts in France for three years running. There’s still a significant amount of trepidation in the market when it comes to motorcycles from Mainland China, early examples suffered from appalling build quality with hand grenade engines and parts that would begin rusting in a matter of weeks. 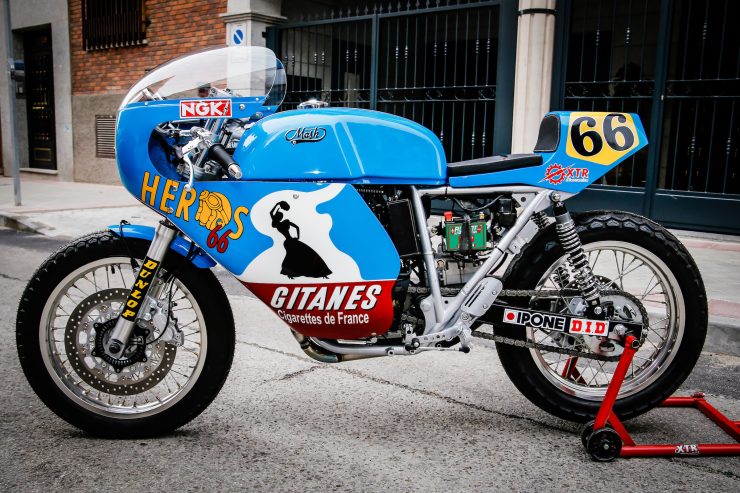 Things have improved markedly over the past 5 to 7 years however, and Chinese motorcycles are now giving South Korean, Indian, and some Japanese bikes a run for their money. The team at Mash design their motorcycles in France, using Chinese engines and frames that are often based on earlier Japanese units – which goes a long way to ensuring confidence in the engineering.

The Mash TT40 Cafe Racer is powered by a an air-cooled, SOHC single-cylinder 399cc engine with a 5-speed gearbox, tubular steel cradle frame, traditional forks up front with twin shocks in the rear, single disc brakes front and back (with ABS), and a dry weight of 151 kilograms (332 lbs).

Power is a manageable 27.6 bhp at 7000 rpm, with 22 ft lbs of torque at 5500 rpm. While these numbers won’t set the world alight they’re reasonable for this market sector, they only have to propel a relatively light weight motorcycle, and the rider is more likely to be new to the activity. 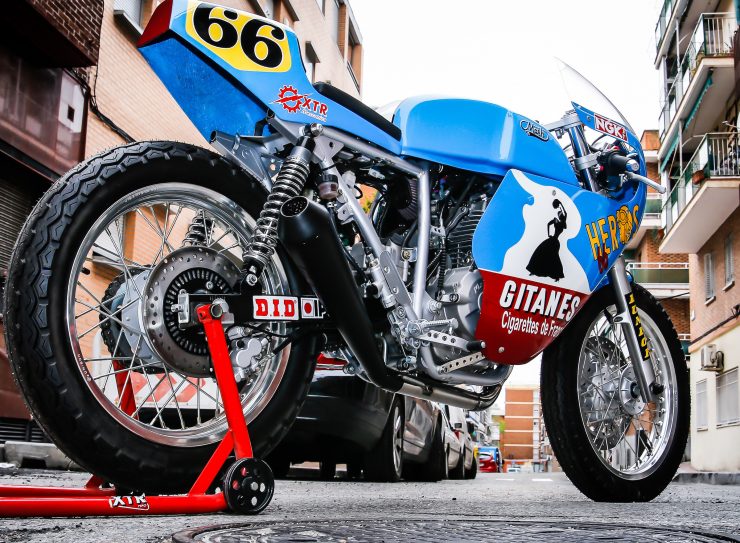 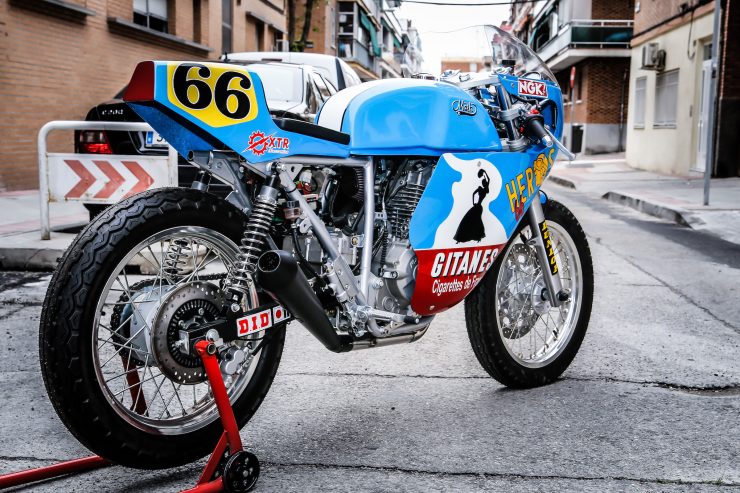 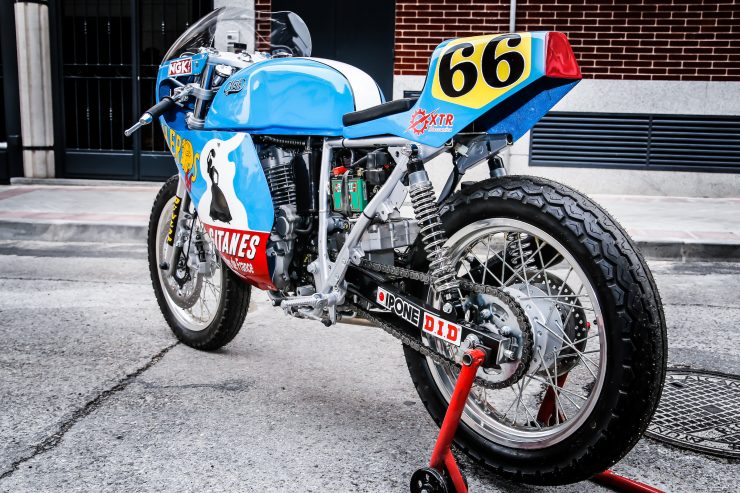 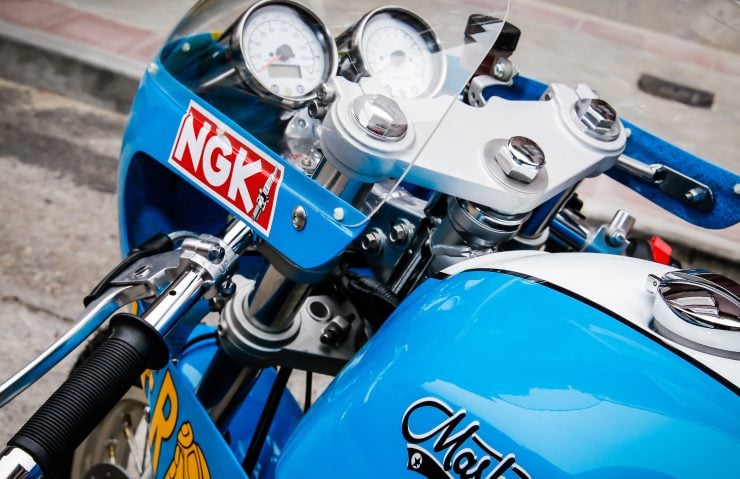 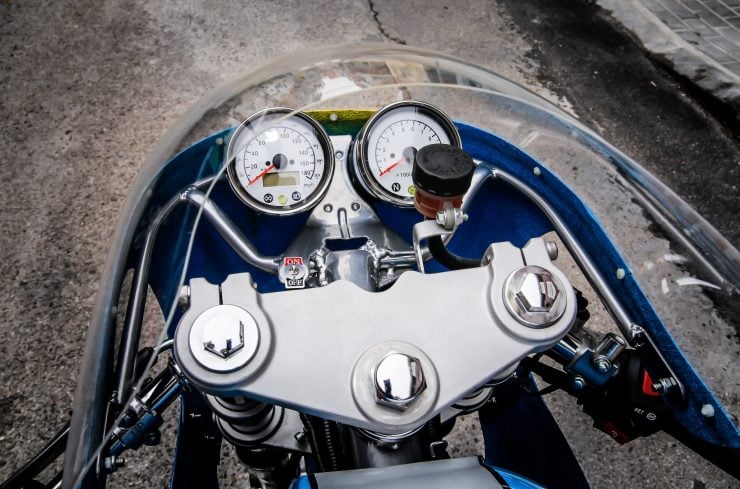 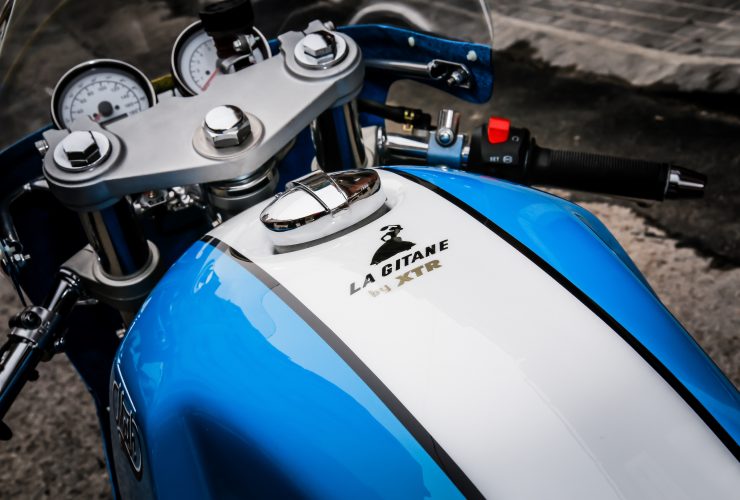 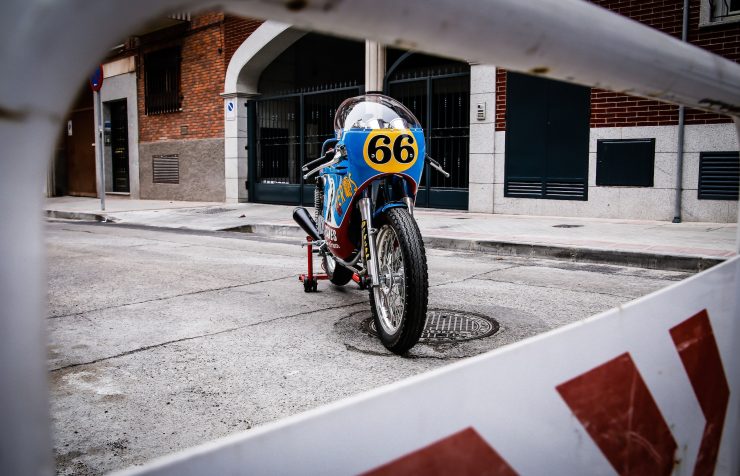 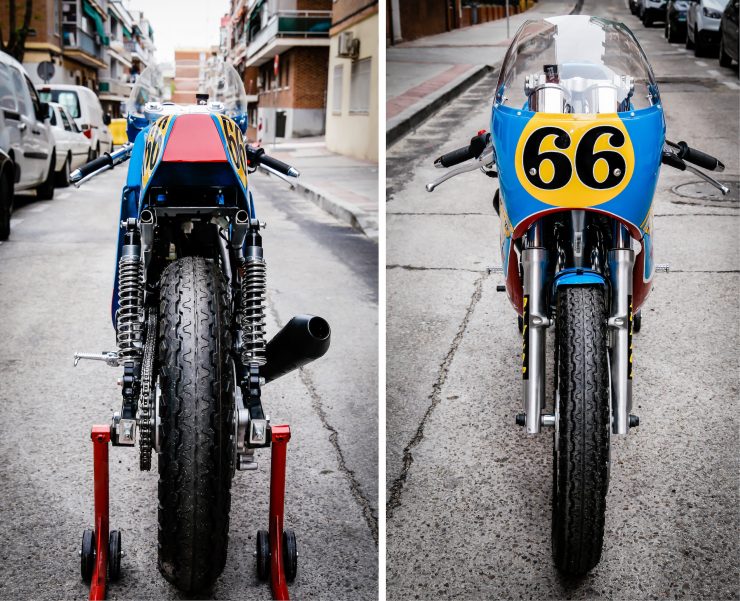 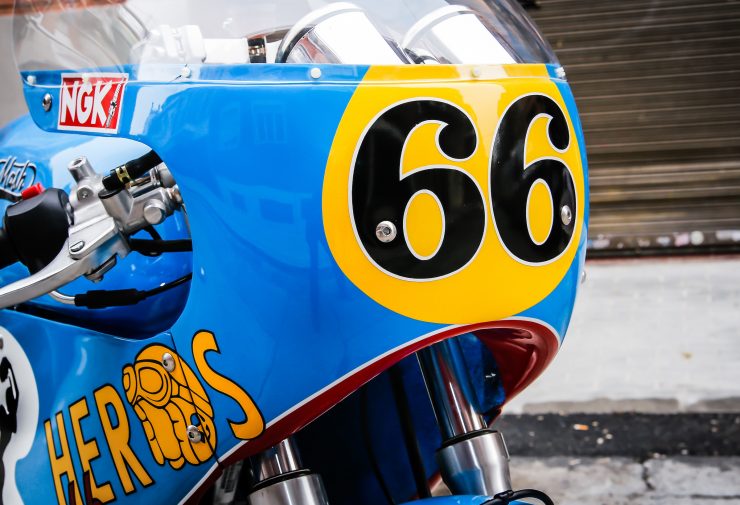 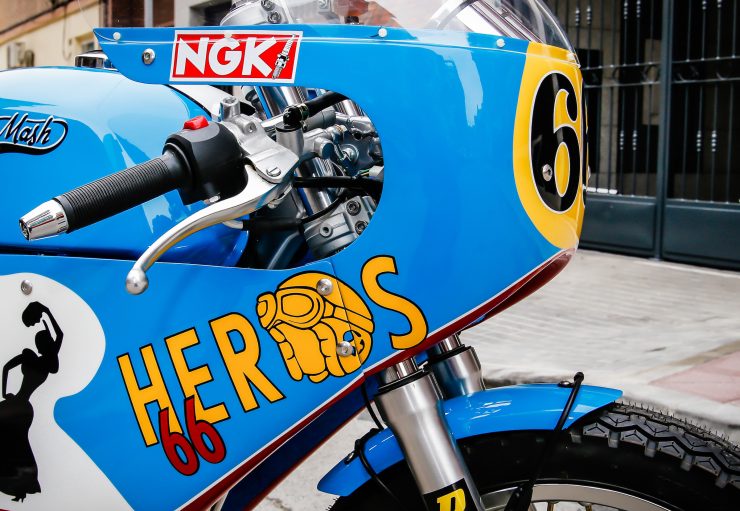 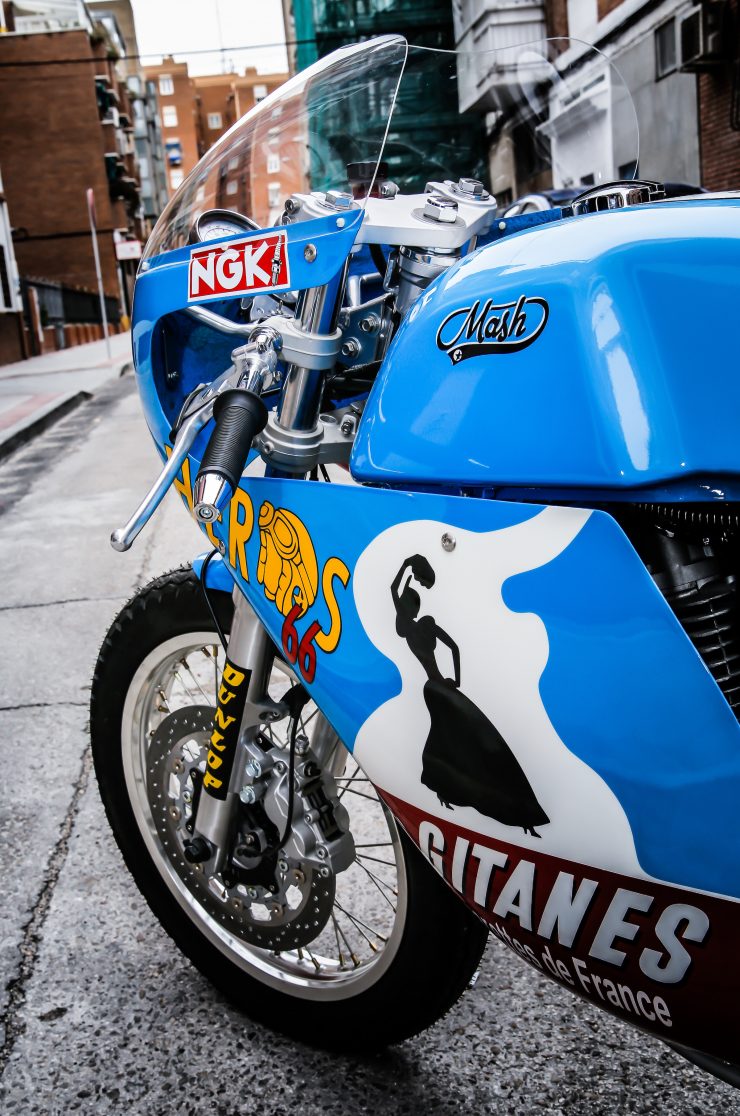 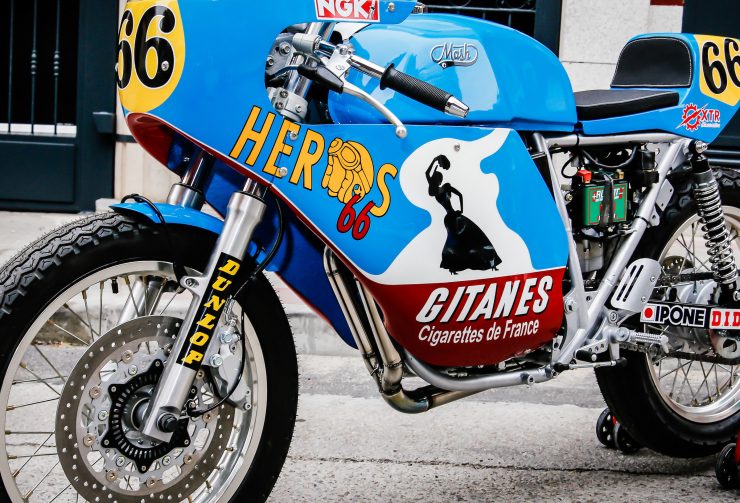 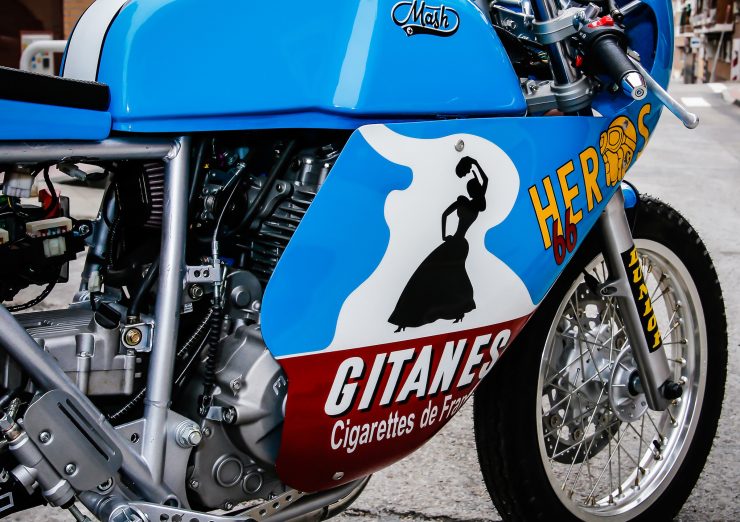 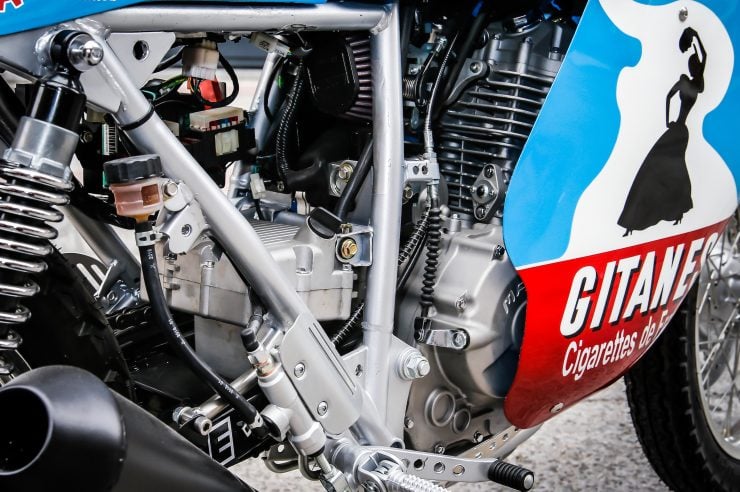 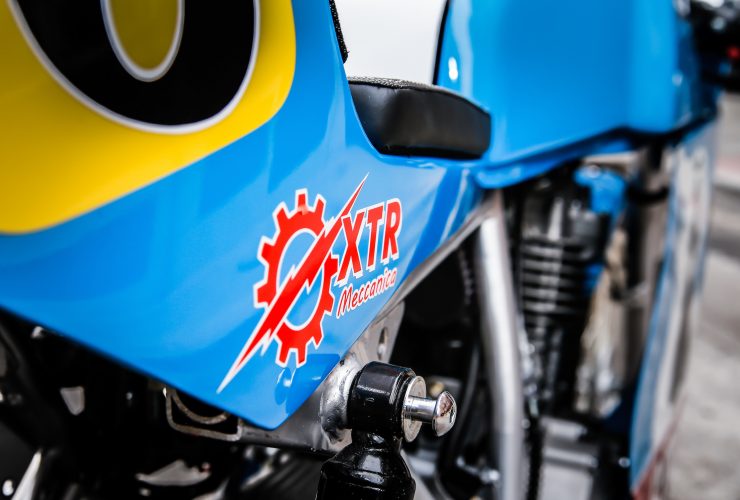 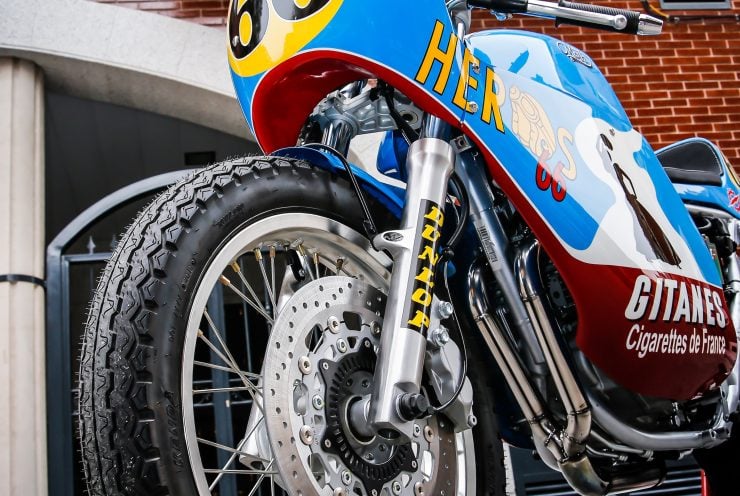 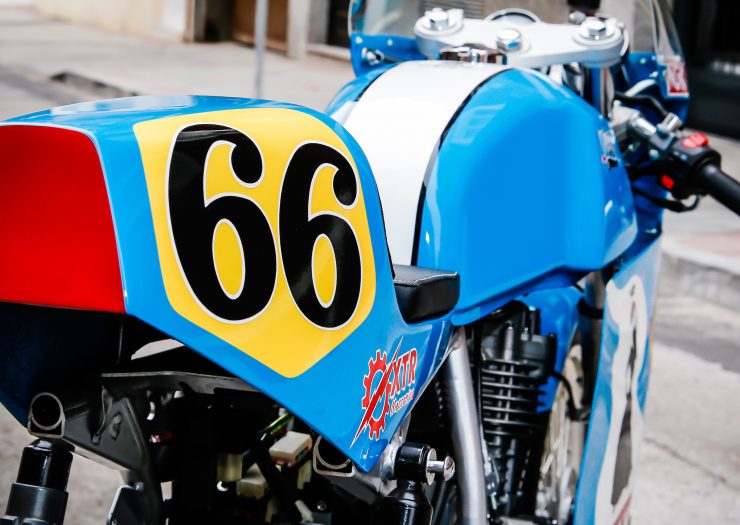 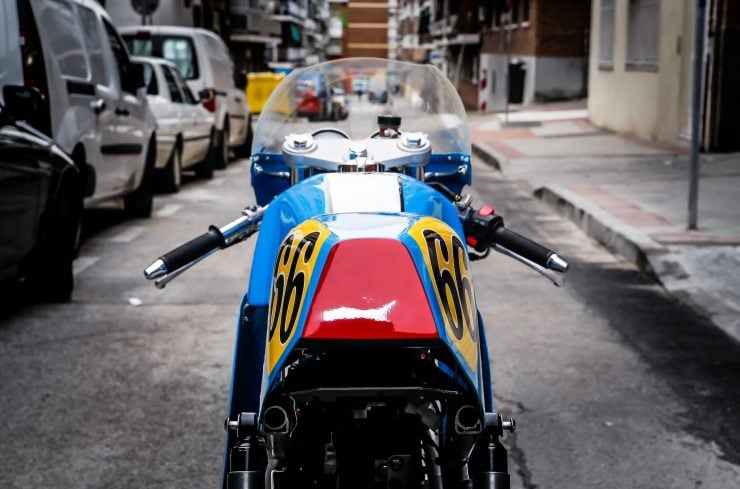 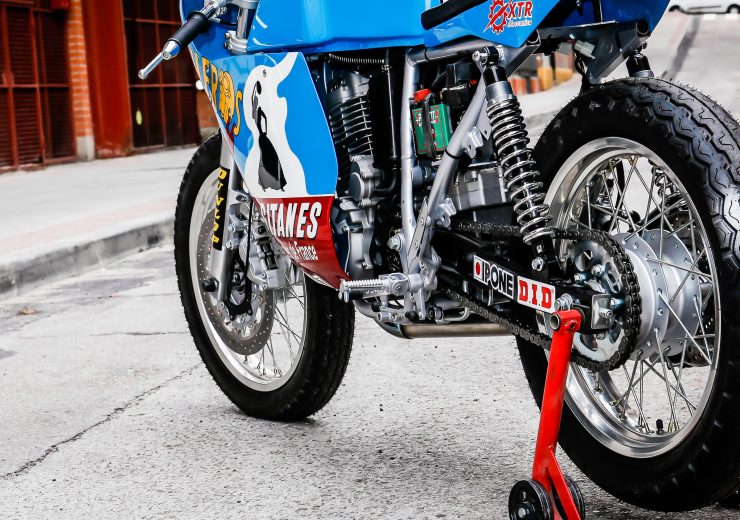 This is an original set of Vincent Black Knight bodywork from 1955, it was originally fitted to a Vincent Rapide making it fully-enclosed version of the model, however demand for these enclosed motorcycles proved to…