The Ducati 916 SPS That Lived Down The Road 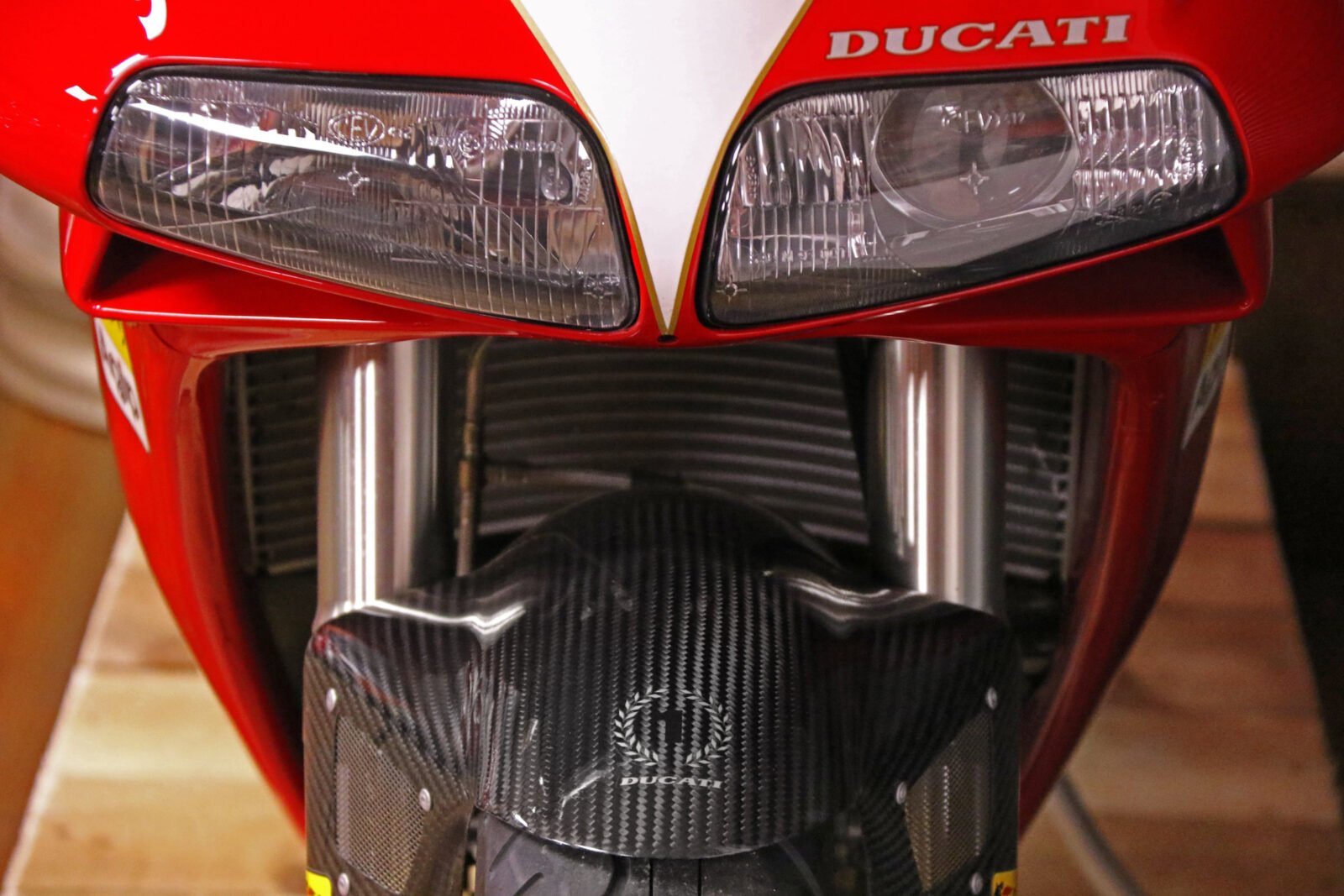 This article was written by Paul Brace, a life-long bike enthusiast with a background in professional engineering and restoration, including the design and construction of the Eagle E-Type Speedster.

I was looking for a lovely 916 for years but ‘the one’ never turned up. I would have been very happy with an exceptional standard 916 Strada but then this SPS cropped up. It was very expensive and I would have dismissed it on price alone had it not have been less than 10 miles from where I live.

It’s only down the road so may as well just have a look eh?

The owner is now fairly elderly and was a quite well known local businessman who was a prevalent bike enthusiast and collector. He led me to his snooker room, which was massive, and the table was surrounded by an eclectic mix of probably thirty bikes ranging from 50’s Brits to modern day superbikes with everything in between including a Honda CBX1000Z and Kawasaki Z1300 – another two of my favourites. It was a magnificent scenario from which to present a bike for sale and resistance was futile dammit. 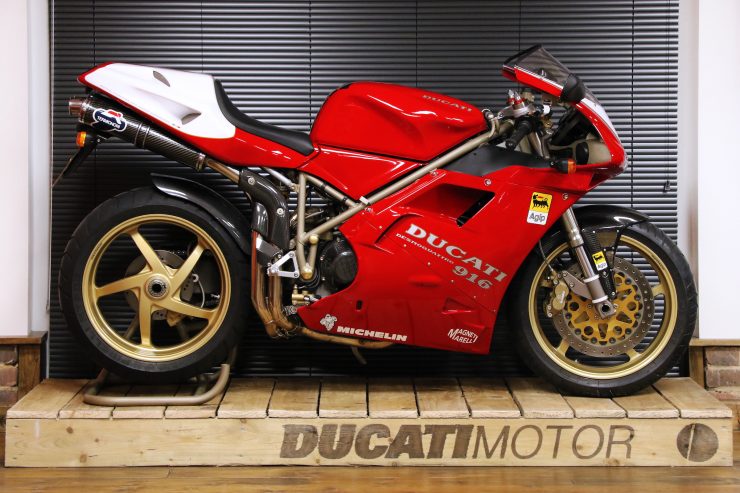 He was selling the bike collection in order to move house but was prepared to put them in storage if he didn’t get the right price. He was no fool – I mean, where else would I ever find a genuine 916SPS that has had one owner from new, never done a track day and had clocked just 800 miles in the first two years before being laid up on its paddock stand inside a nice warm house on deep pile carpet?

The SPS was hard to get in period no matter how much money you had, Ducati made so few and were so desirable, but he had a good rapport with local Ducati and MV Agusta guy; Alf from Alf’s Motorcycles near Brighton. Alf managed to find him a new one still Italy and, during PDI, fitted the latest 5 spoke Marchesini wheels, Termignoni pipes and a smattering of carbon fibre for the owner which is how it stands today. The bike is absolutely untouched down to the tyres from that delivery day but the original parts all came with the bike and include the unused 3 spoke wheels, unused pipes, paddock stand and Ducati cover which has never been out of the bag.
It is a collectors dream.

As part of the deal when I bought it, the machine was returned to Alf who personally recommissioned it – more than 20 years after doing its original PDI. He changed all the fluids, renewed the cambelt and gave it a thorough going over checking anything that may have been affected by 20 years stood dormant.

The condition of everything and the way it runs is absolutely perfect, like new in fact and it is an absolute joy to ride.

I also have a standard 996 which is also a lovely original low mileage example that I bought as a stop gap until I found the right 916. What surprises me is that the SPS, with the same sized engine, is notably quicker – I really didn’t expect the contrast.

I don’t intend to ride the SPS a lot, because supersports isn’t really my bag, but will give it a blast every now and again to save it getting arthritic. I simply love to have it in the garage as a glorious piece of motorcycle art and history.

The pallet it stands on is inspired by the famous poster of a 916 lurking in its crate which came out in period.

I don’t want to sell this bike so I left it off my website to avoid having to either turn down any offers or, worse, accept a great offer but regret it in a couple of years! 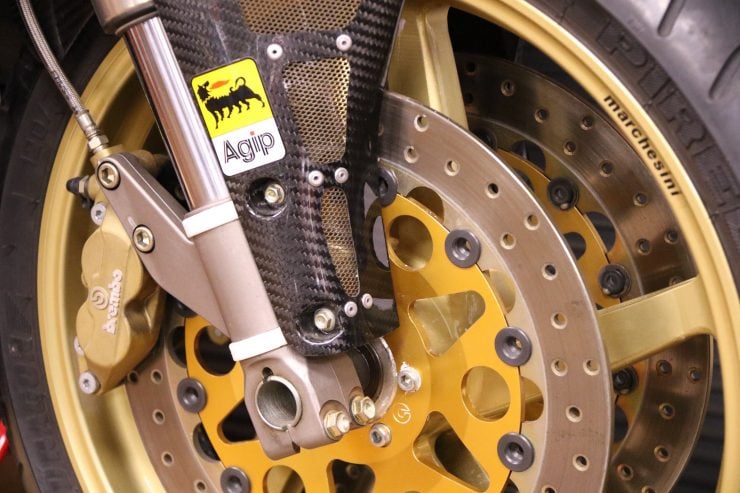 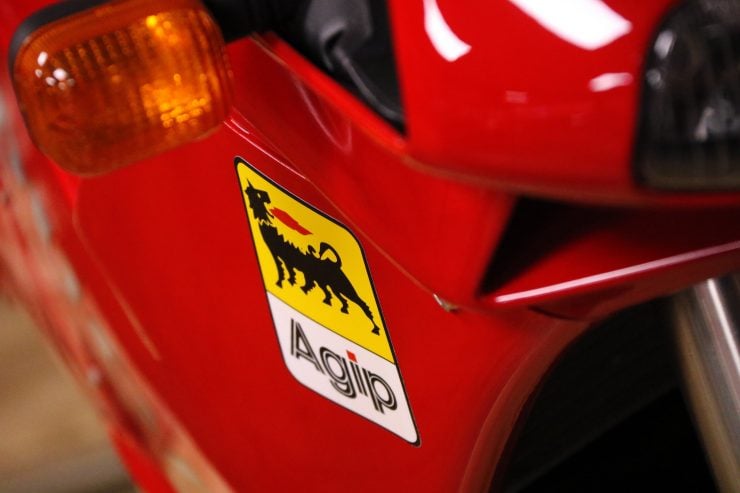 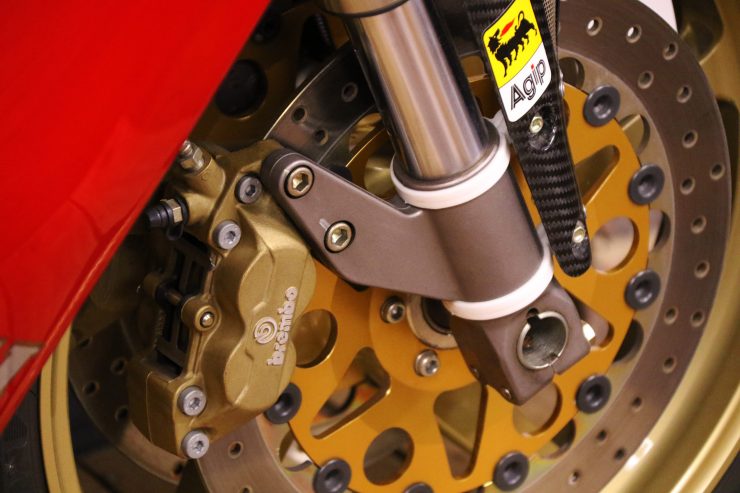 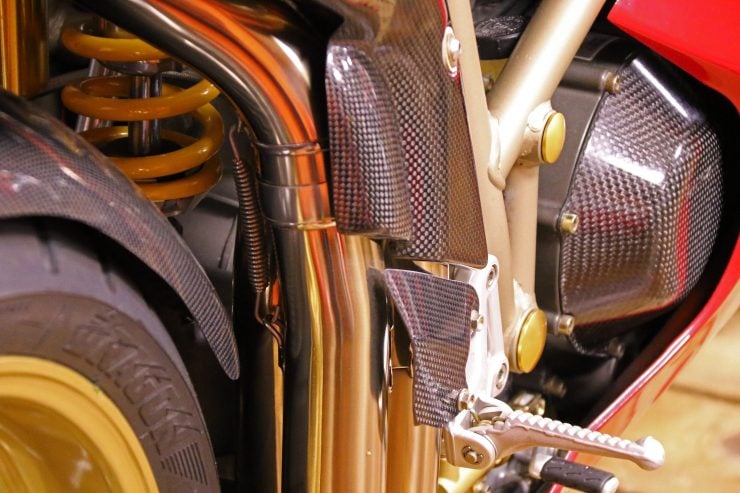 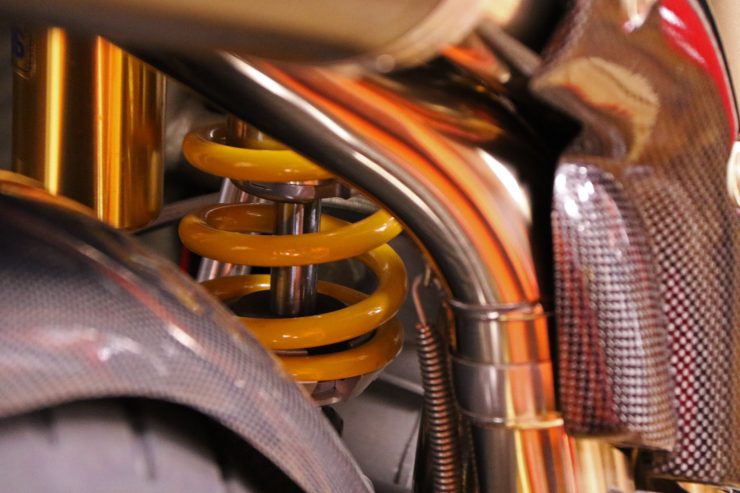 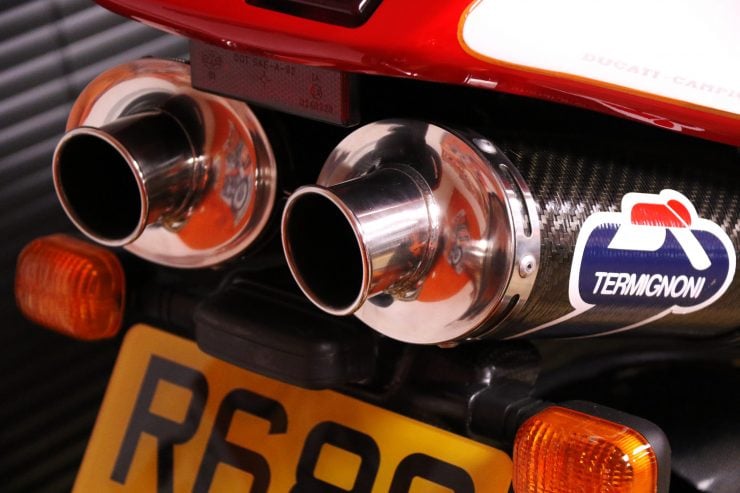 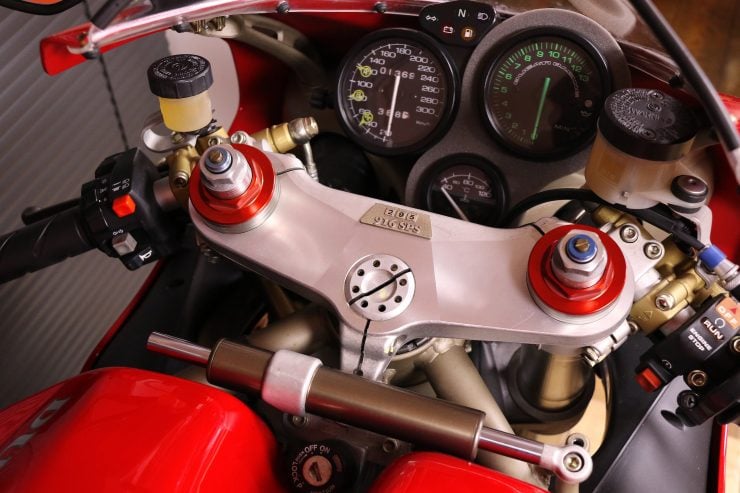 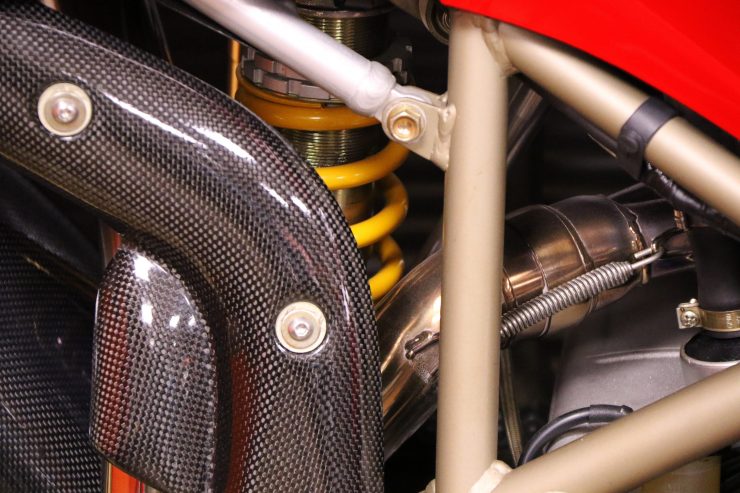 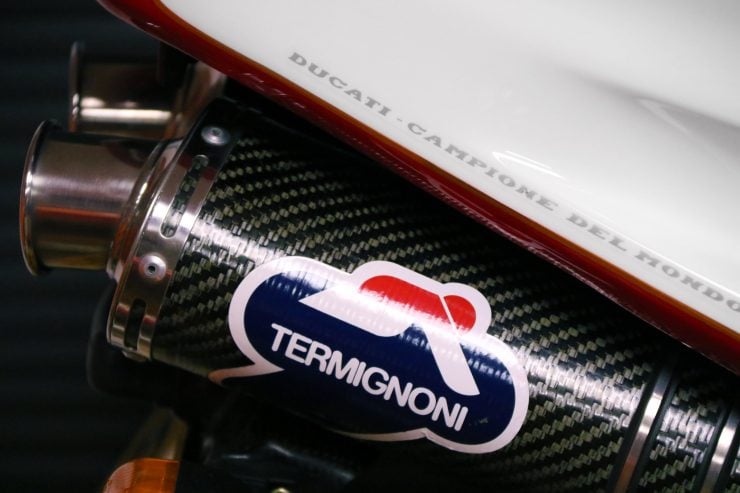 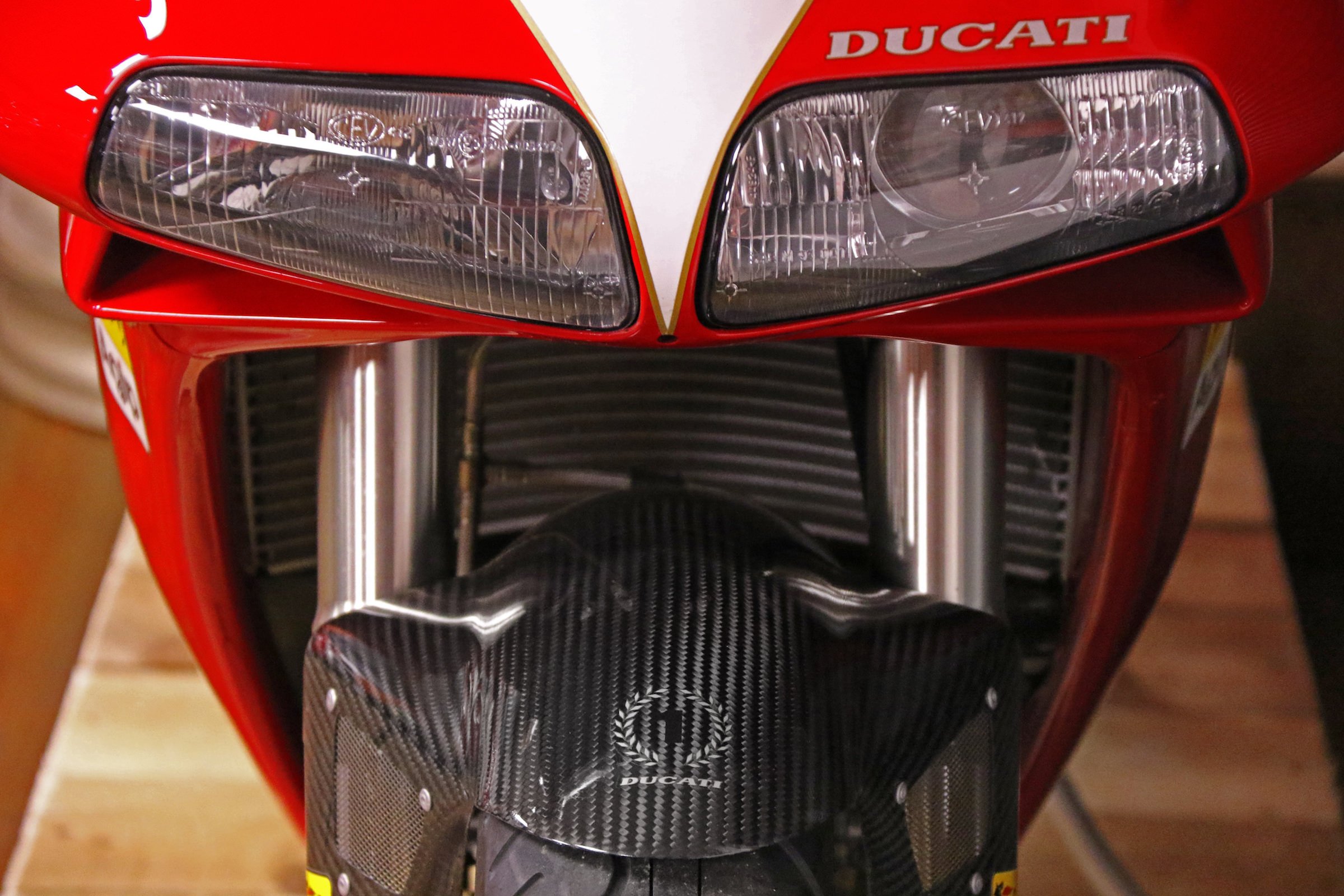 Published by Ben Branch - January 1st 2019
Related Posts
A 1968 Fuji Go-Devil: The Folding Motorcycle That Fits In A Suitcase