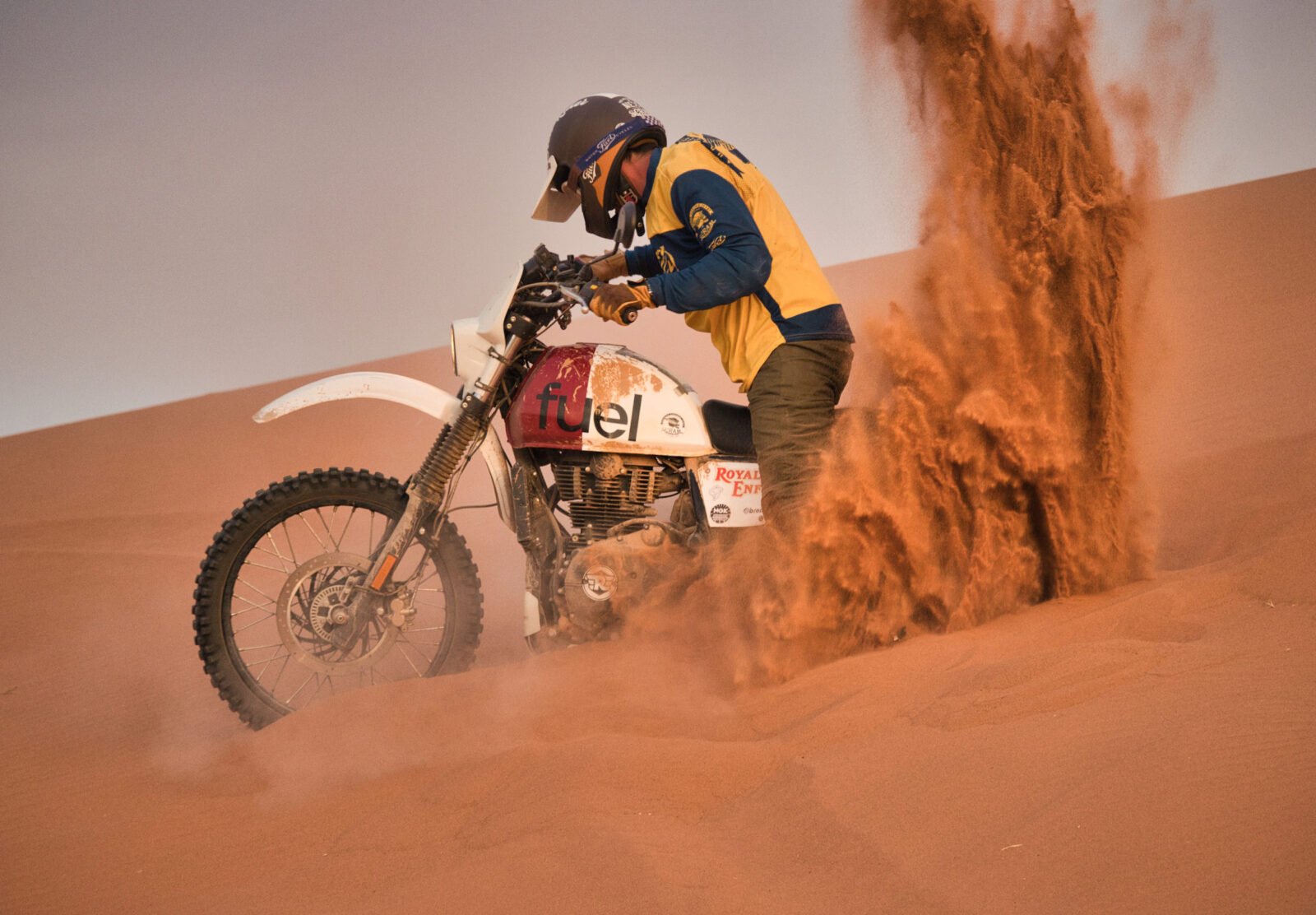 This article was written by Karles Vives, the founder and creative director at Fuel Motorcycles. When possible we like to bring you the story of a custom motorcycle in the words of the people who built it, to cut out the middle man and give you an unfiltered look into their thought process.

We are happy to introduce a new creation of Fuel Bespoke Motorcycles based on a Royal Enfield Himalayan EFI (2018).

The Himalayan is powered by a single-cylinder 411cc four-stroke engine that makes 24.5 horsepower and 23 ft-lb of torque. Yes, those numbers are pretty low, but we think it can perform pretty good on the Atlas mountains and Morocco desert where speed is not as important as lightness, manoeuvrability and simpleness.

So we rode the Himalayan at the Scram Africa 2019 edition. A trip to Africa organised by us where we ride through all kind of terrain including mud, asphalt, sand, and more. A hard test for the bikes and the riders – a real challenge! 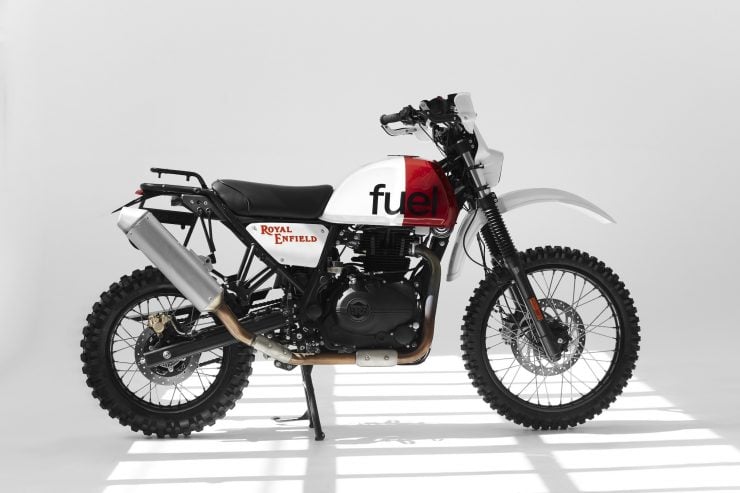 From the first time we saw the Himalayan we thought that inside that bike there was a potential rally bike from the 80’s. It reminded us of motorcycles such as the Yamaha XT 500 or Honda XL, prepared for the first editions of the Paris-Dakar Rally. Simple, light, and functional bikes.

The bike has been slightly modified keeping most of the parts from stock. Basically, we have changed the lines and proportions to get a more compact, aggressive, and classic look.

To achieve the goal we have swapped the front light for a vintage enduro mask, taken off all the guards around the tank and changed the shape of the seat, making it a solo seat.

The passenger seat has been removed and we have used the space to build a grille (which can be removed) for carrying a small bag. On the left side of the bike we have recycled one of the protectors of the tank into a support for a side case. 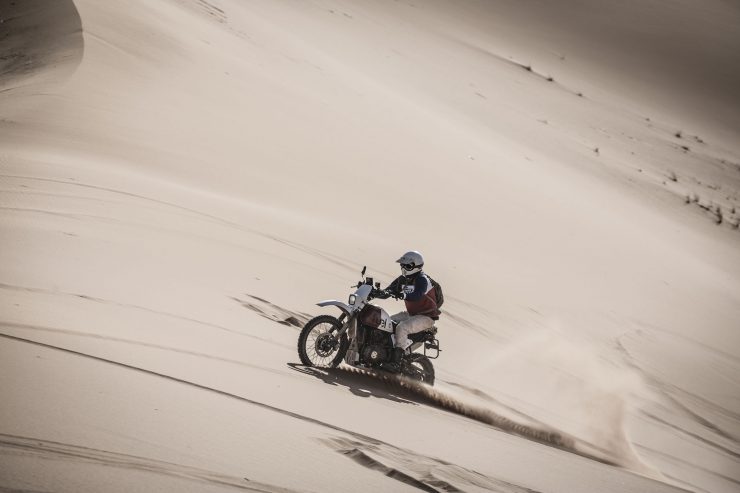 Regarding the engine performance, we have installed a Powertronic unit that is able to extract more power and improve responsiveness, refinement and fuel-efficiency. We have also added the option of turning the SBS system on or off so you can activate it depending on whether you are riding on or off-road.

Some protectors, strong handlebars, a USB charger, and a unique speedometer makes the bike simple and functional for a trip like the Scram Africa.

We would like to thank the work and enthusiasm of Carles our mechanic and all the suppliers that we frequently work with. 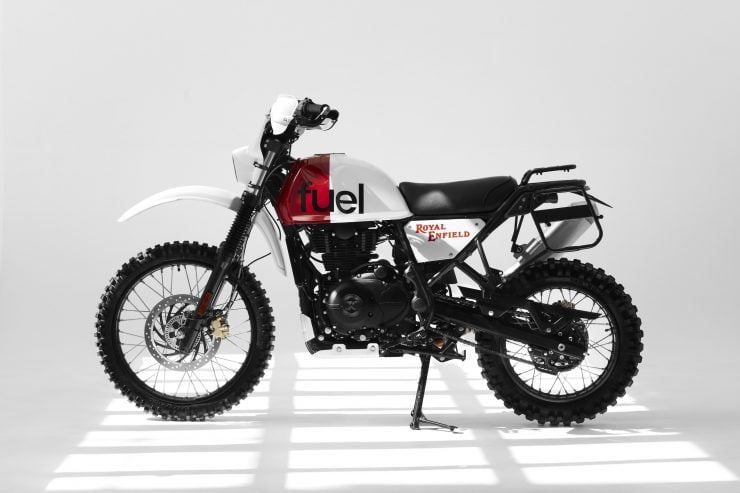 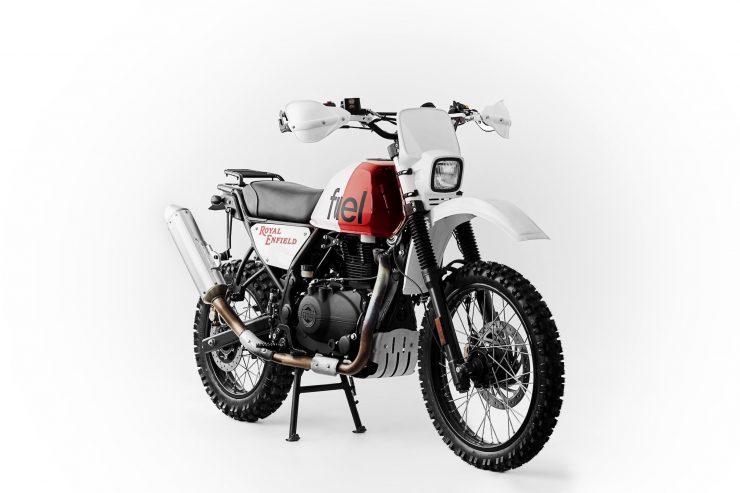 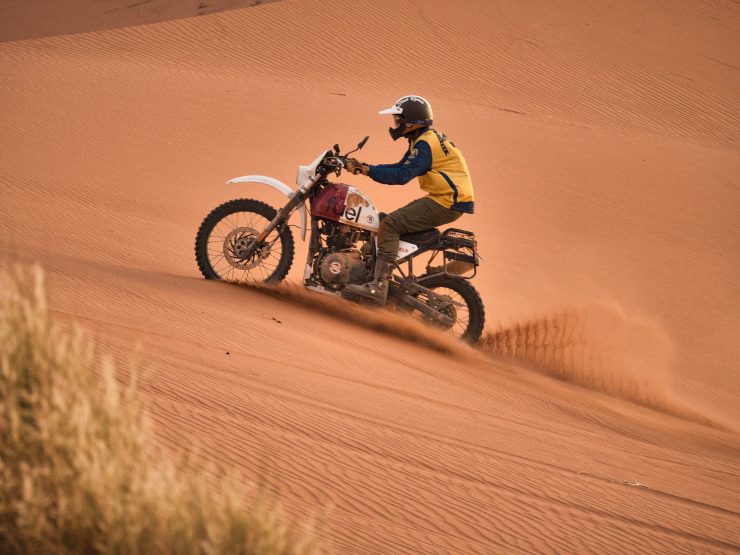 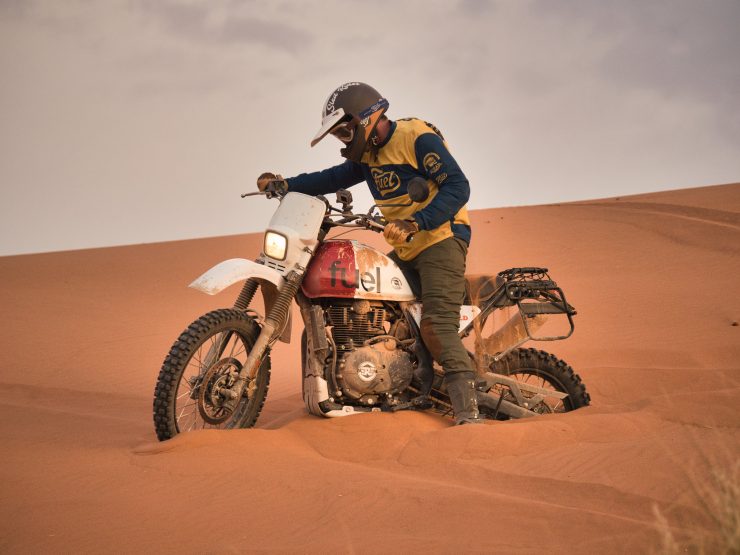 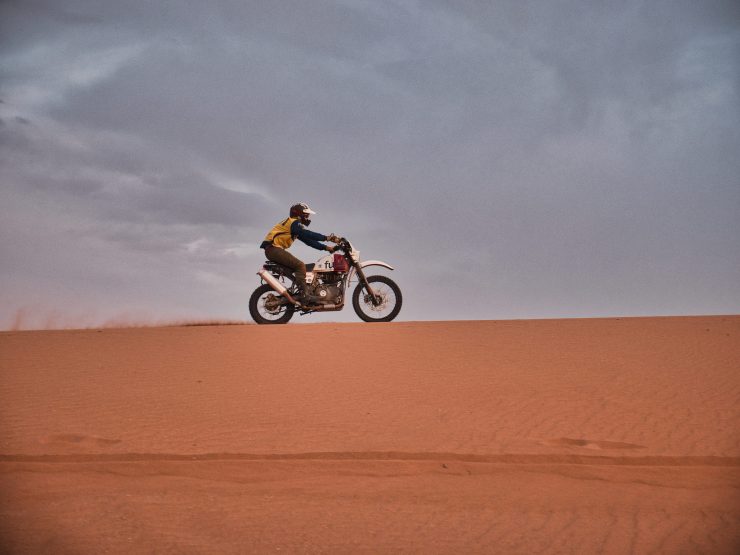 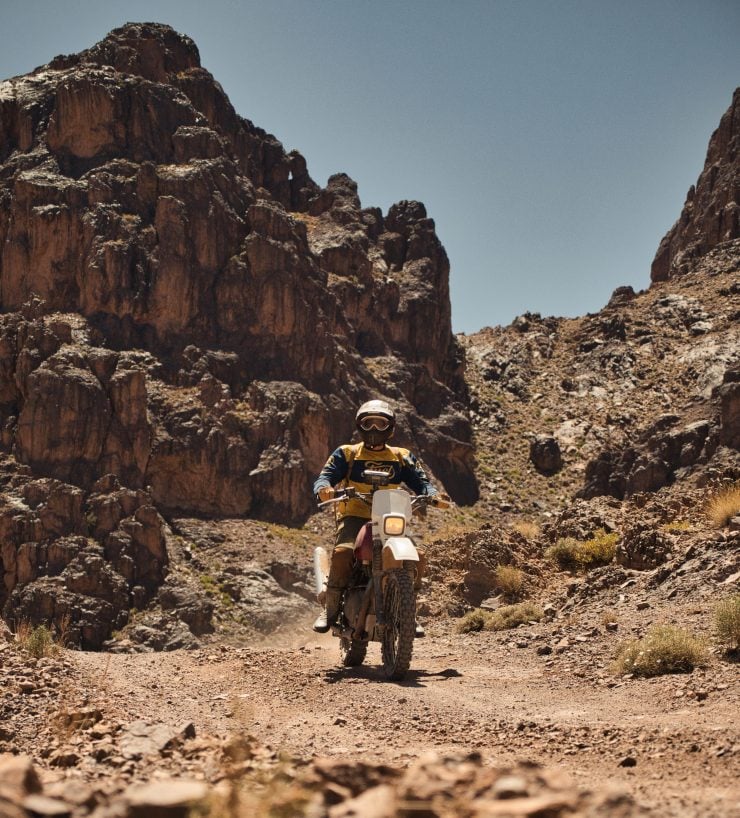 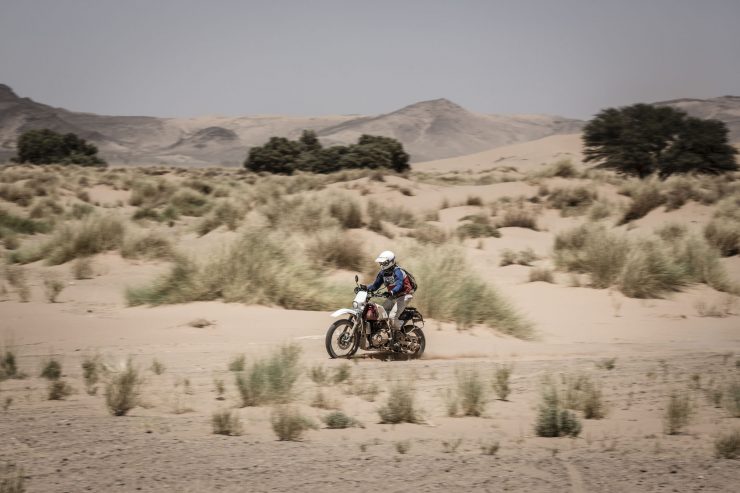 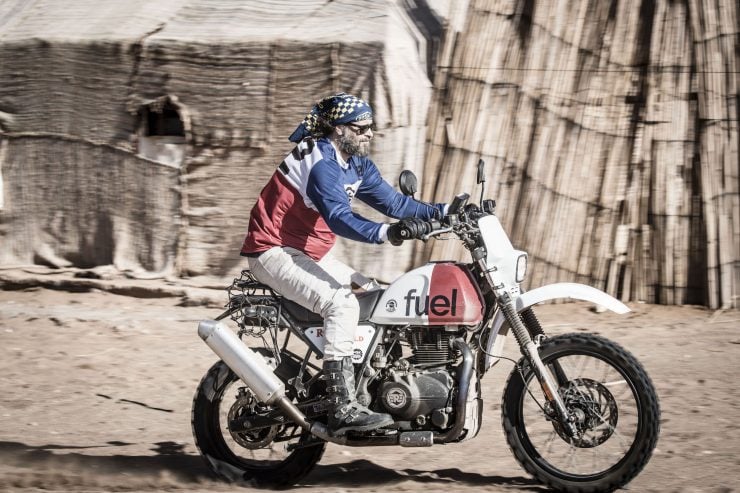 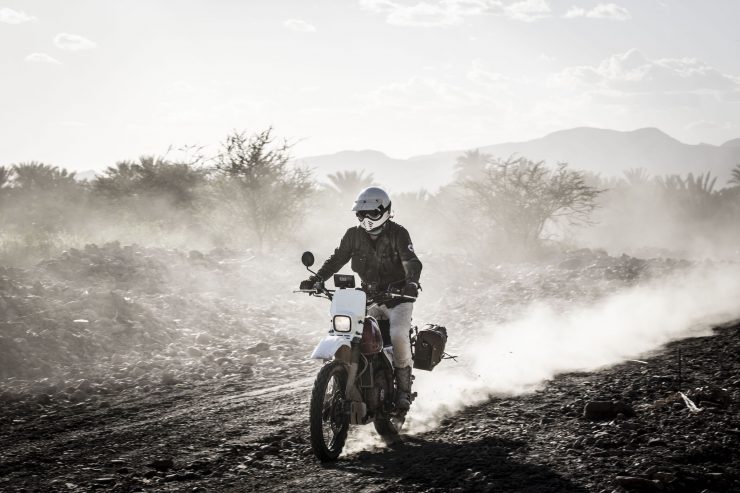 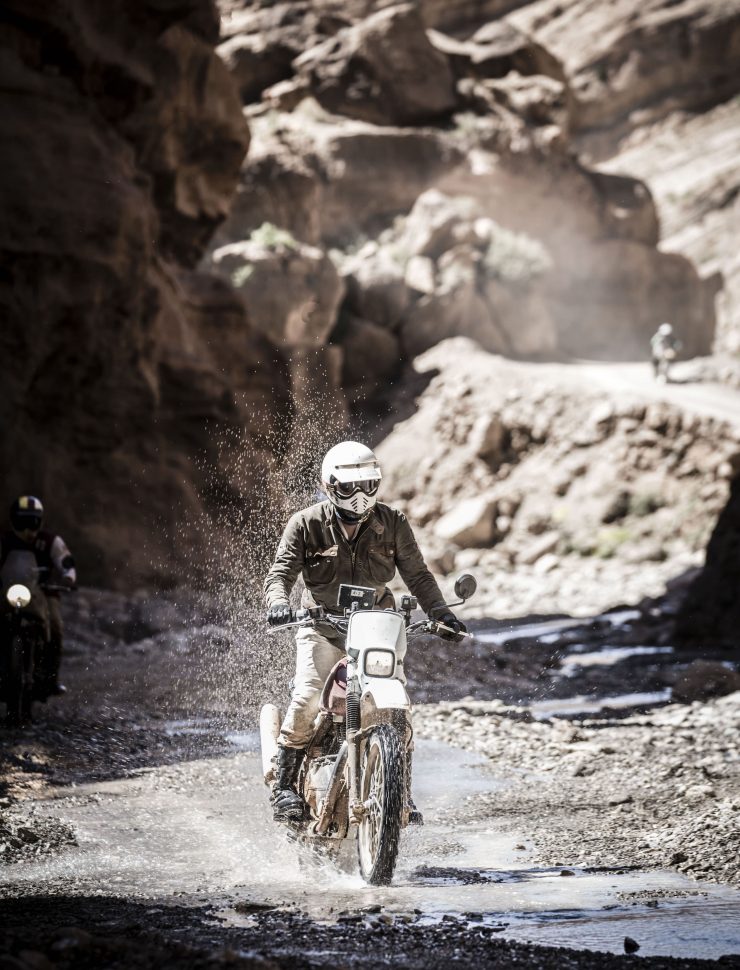 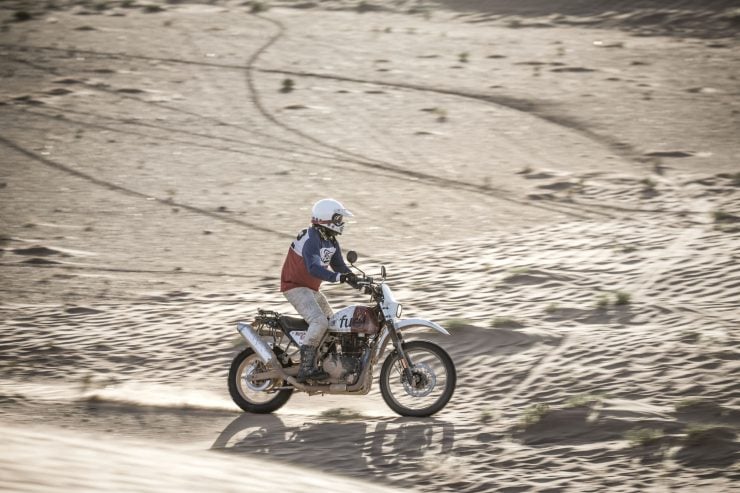 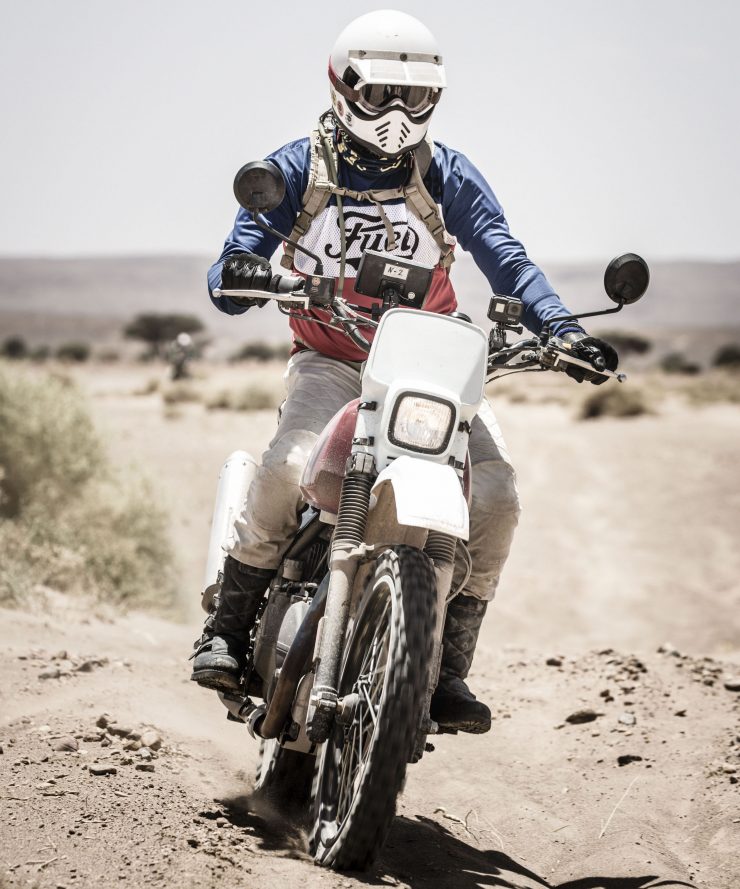 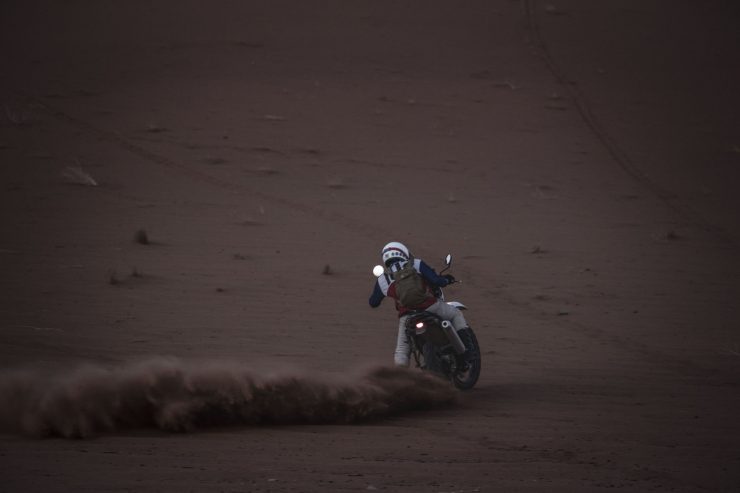 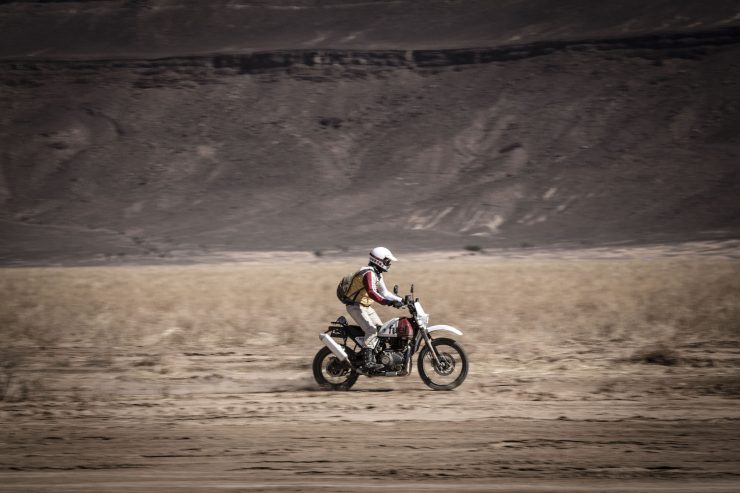 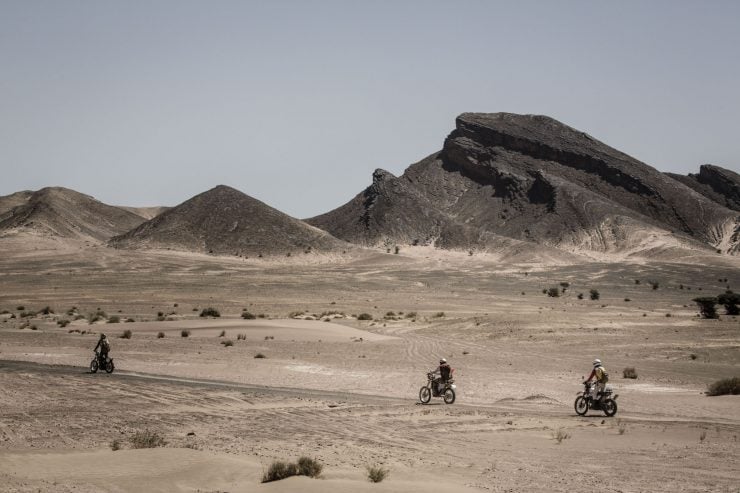 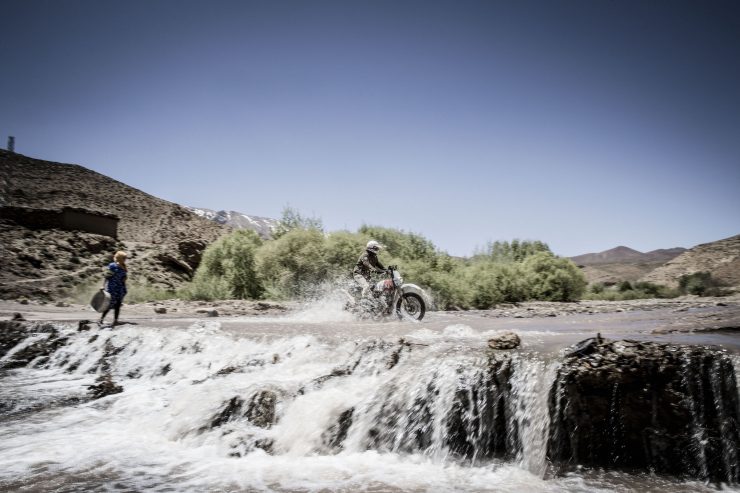 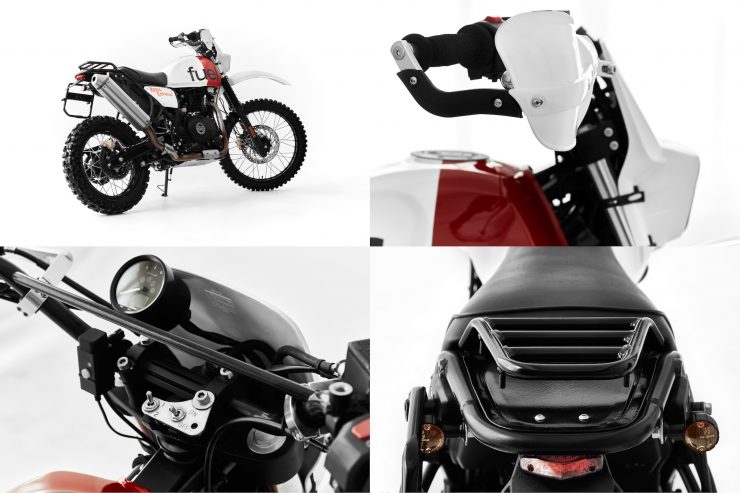 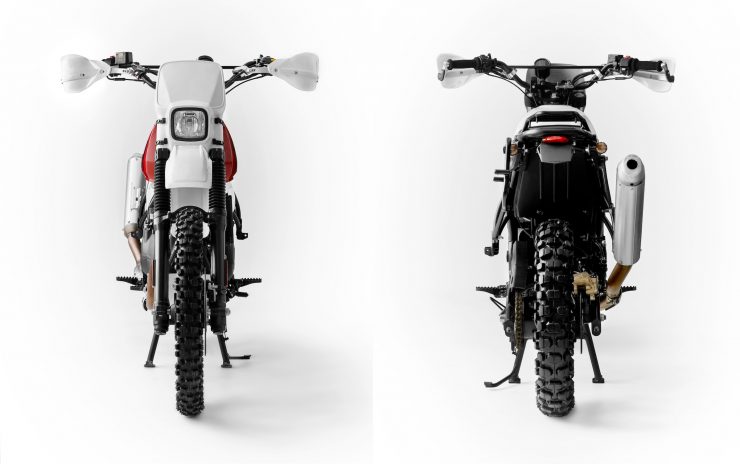 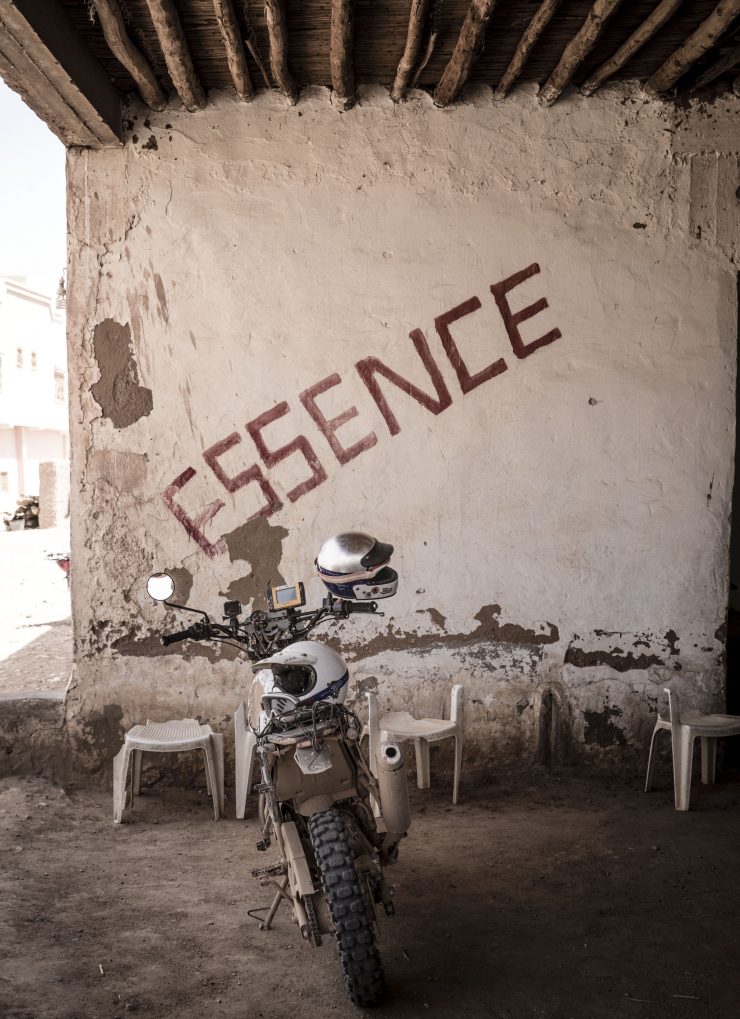