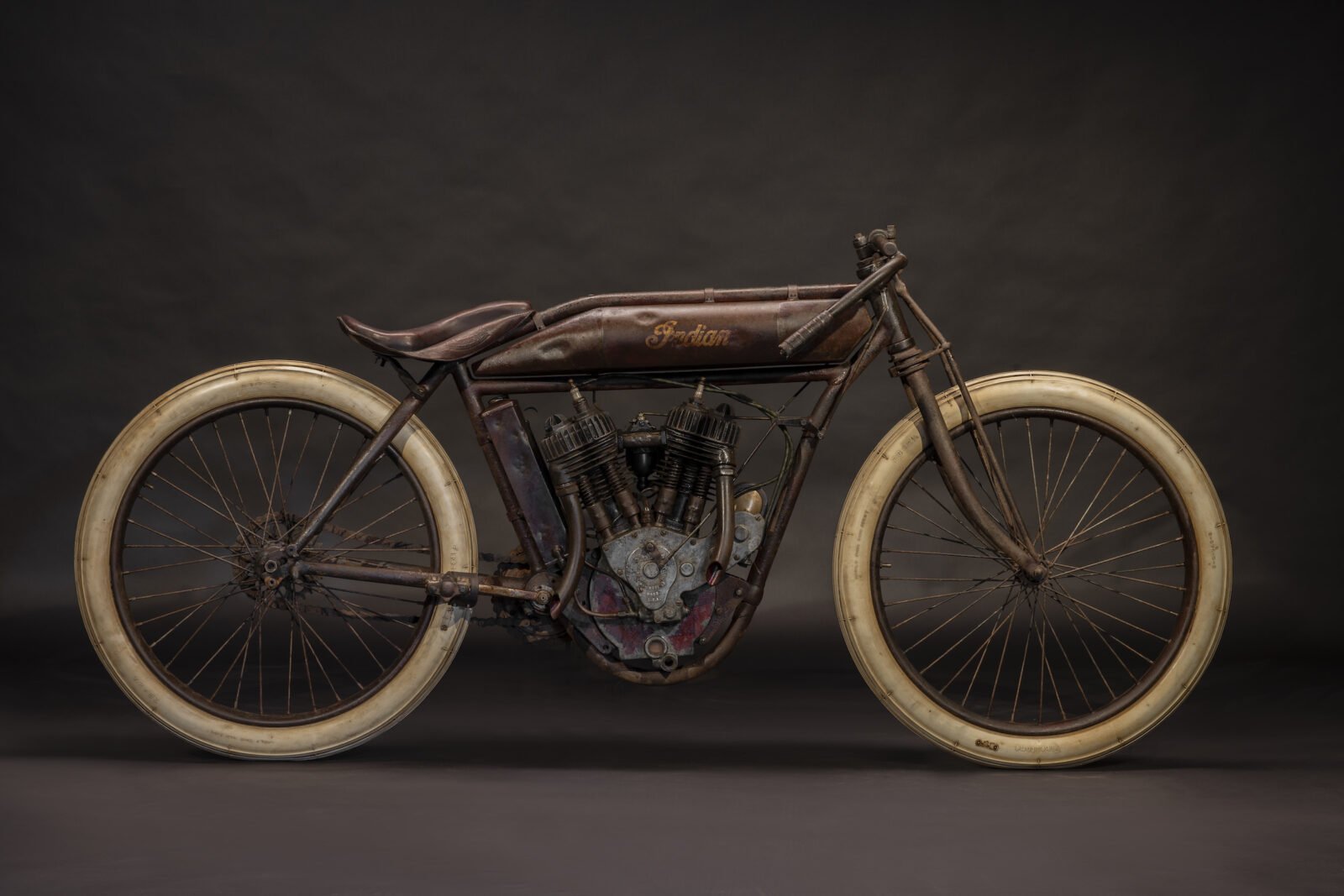 The Indian Powerplus V-twin powered the company’s board track racers to victories right across the country. The engine was significantly more advanced than the inlet-over-exhaust engines used in previous Indian motorcycles, with side valves and an eye-watering (for the time) rating of 16 hp.

The mere suggestion that you could have 16 horsepower in a vehicle that was little more than a noisy, gasoline-powered bicycle was revolutionary when the model was released in 1916. This was a mere 5 years after Indian motorcycles had romped to a dominant turn out in the 1911 Isle of Man TT (Senior TT) finishing 1st, 2nd, and 3rd.

The main focus of the Indian competition program (then named the Hendee Manufacturing Company) was wins and speed records in the United States – their primary market. Motorcycle racing was frequently run on “board tracks” so named for the fact they were literally made from wooden planks.

Board tracks were typically large banked oval race tracks, entirely made of wood, some measuring a mile in total length and able to seat countless thousands of spectators. 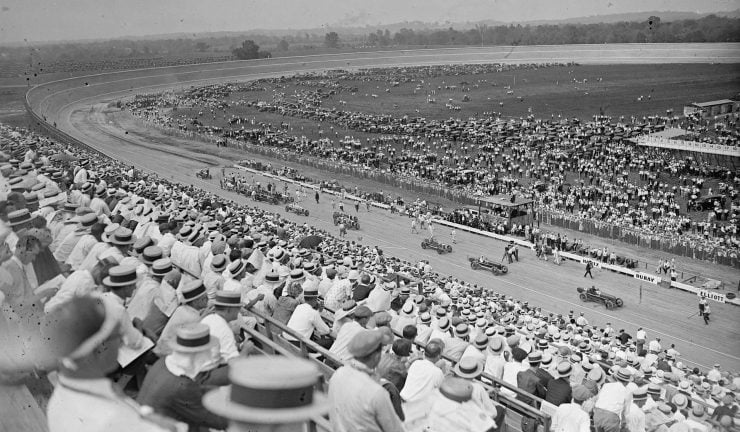 Above Image: The Baltimore-Washington Board Track Speedway in 1925. Image courtesy of the United States Library of Congress’s Prints and Photographs Division.

Factory and amateur racing teams travelled around the United States to compete, Indians raced against Harley-Davidsons, Popes, Flying Merkels, Cyclones, and many other now defunct marques for glory, fame, and showroom sales.

The other leading form of motorcycle promotion at the time was cross country speed record setting, the most famous rider of the age was the great Erwin “Cannonball” Baker who rode a factory-prepared Indian Powerplus from Vancouver in Canada to Tijuana, Mexico in just 3 days, 9 hours, and 15 minutes.

In so doing he set a new “Three Flags” record. Made all the more impressive when you remember that almost all of the roads were little more than potholed dirt tracks.

The Indian Powerplus was one of the pre-eminent superbikes in the world when it was released in 1916, though the term “superbike” didn’t exist at the time of course.

The name “Powerplus” was a reference to the then-new V-twin engine, a 4-stroke, 42° flathead engine, mated to a 3-speed gearbox with a hand shifter, hand and foot clutch controls, and a swept capacity of 61 cubic inches (approximately 1,000cc).

This engine had been designed by chief engineer Charles Gustafson who had been hired away from Reading Standard in 1909. 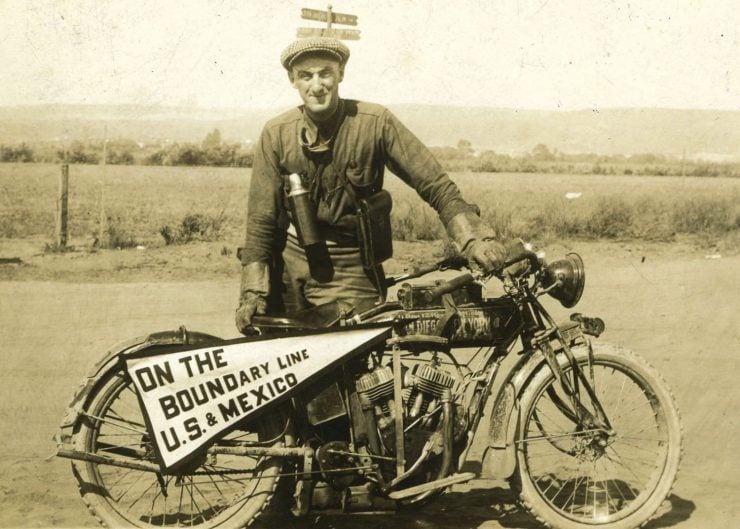 Above Image: Erwin “Cannonball” Baker after successfully completing the Three Flags from Canada through the USA to Mexico.

The Powerplus engine would launch Indian to the forefront of the American motorcycle racing scene and led to increased sales, the company became the largest manufacturer of motorcycles in the world throughout the 1910s. The roar of Powerplus engines fitted to special built board track racing motorcycles became a familiar sound to attendees of board track races, many of whom bought their own road going versions.

The board track racing examples of the Indian Powerplus were stripped of superfluous items to save weight, this included front and rear fenders, brakes, lights, horns, luggage racks, and a slew of other smaller parts. New low-slung handlebars were fitted with seats only just higher than the rear wheel.

Speeds could exceed 100mph and safety equipment was almost non-existent, leather helmets, and cotton or wooden clothing provided very little protection from impacts and splinters that could be over 12 inches long.

None of the original board tracks have survived, they were made from untreated wood so they had limited life spans, and they were slowly replaced by dirt tracks and paved circuits.

It’s hard to imagine today what it must have been like to attend, there are some snippets of film footage from the time and many written accounts, but the sights, sounds and smells must have been quite extraordinary.

The 1919 Indian Powerplus Board Track Racer you see here is an unrestored original survivor that raced in period at the Los Angeles Speedway.

It somehow ended up in the possession of a US Marine who moved to France after serving in WW2, taking his Indian with him. The bike ended up being preserved in original condition in a French museum from the 1970s until the 1990s when it was bought by its current owner, Serge Bueno of Heroes Motors in Los Angeles, California.

Serge is now offering the bike for sale after owning it for 25 years, if you’d like to read more about it or visit the listing you can click here to visit the website. 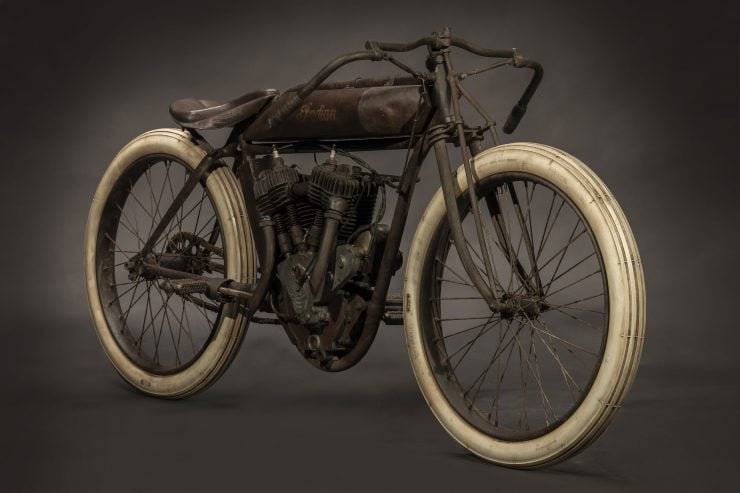 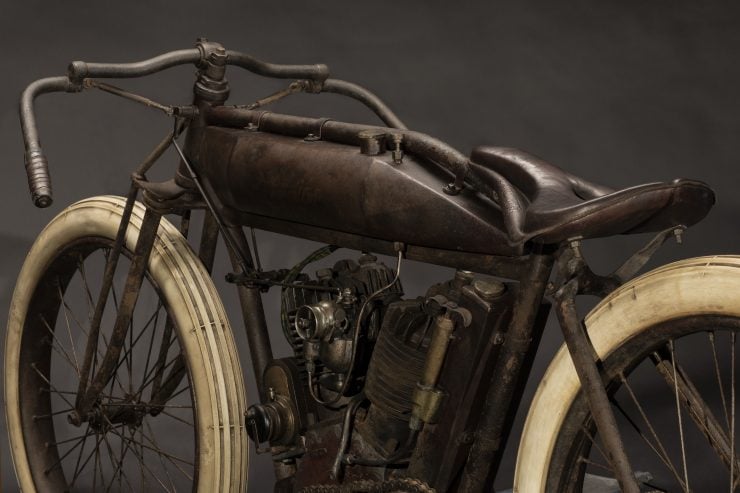 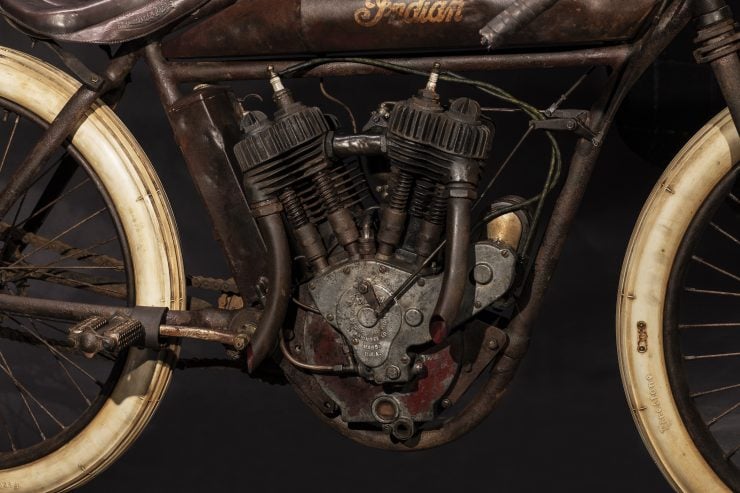 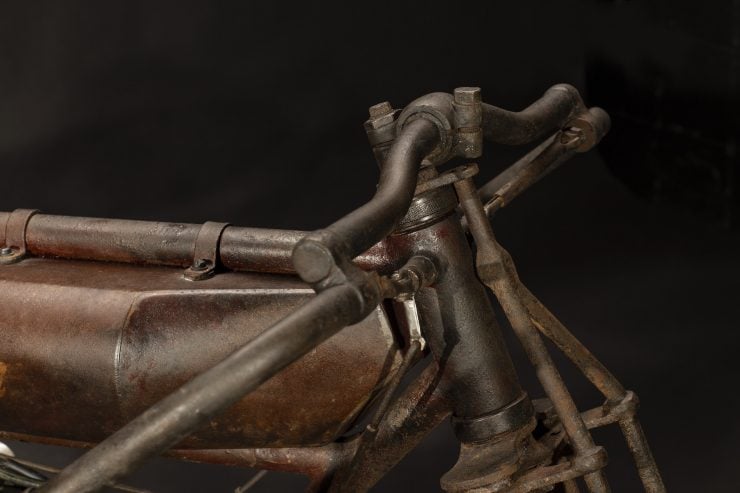 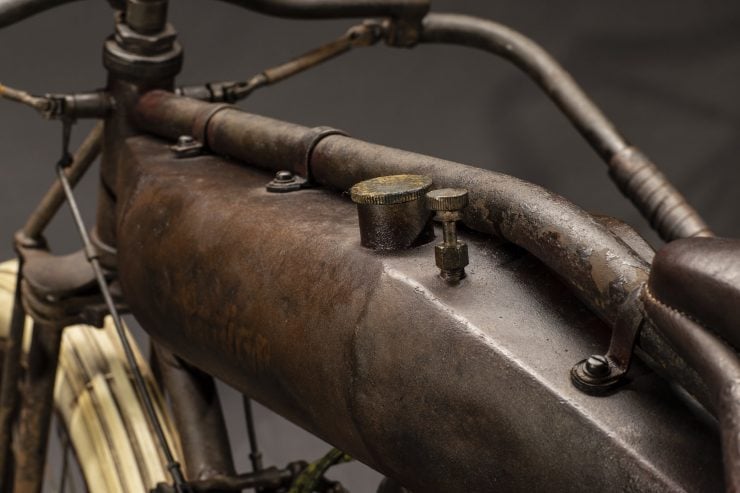 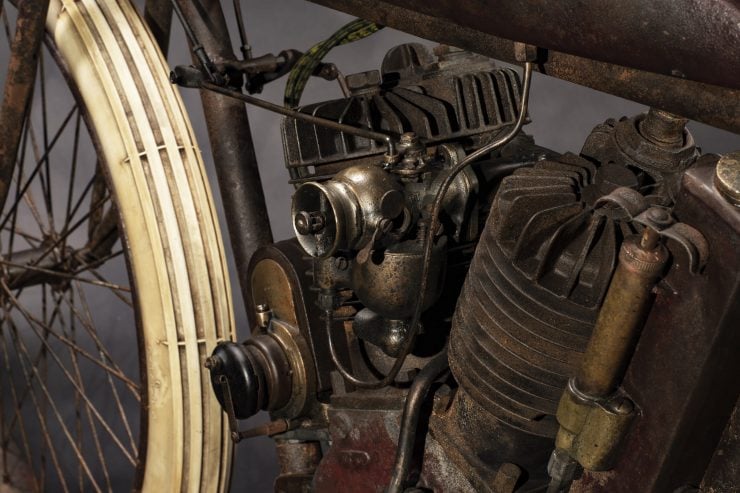 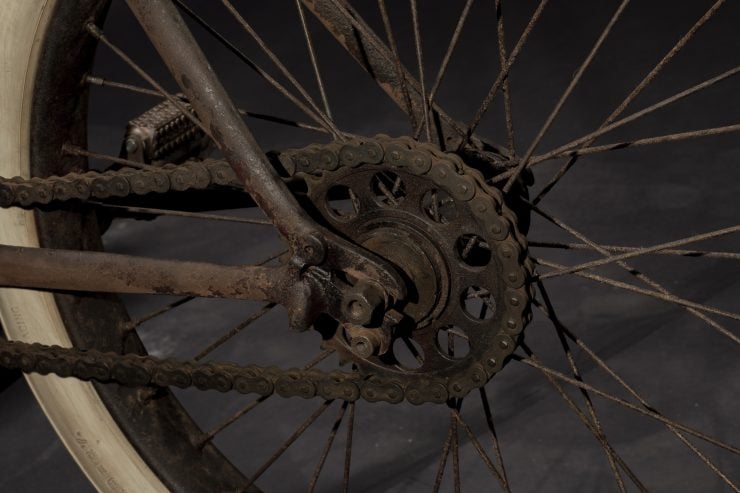 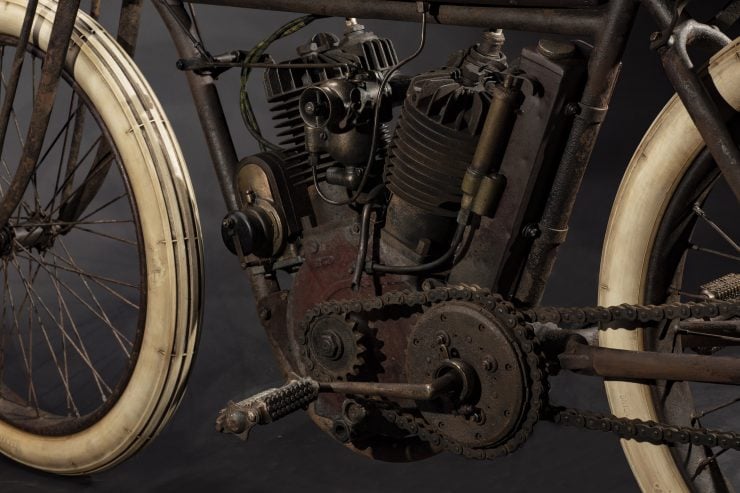 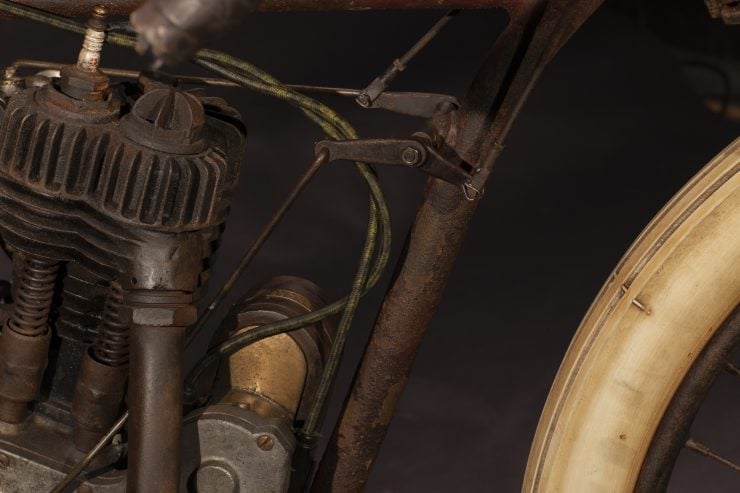 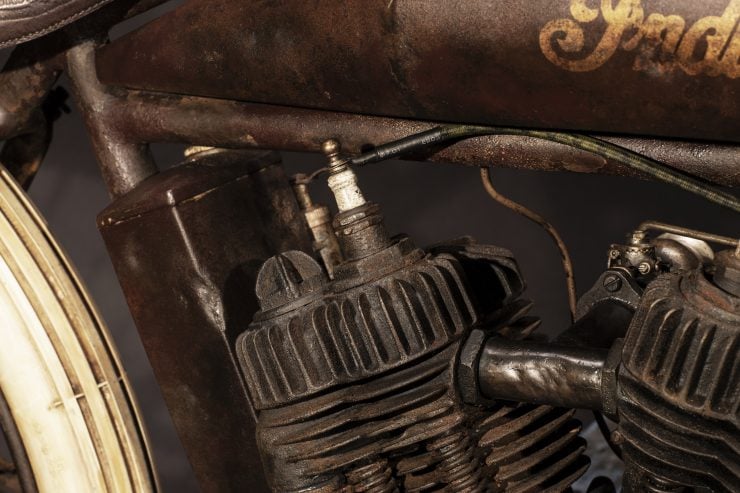 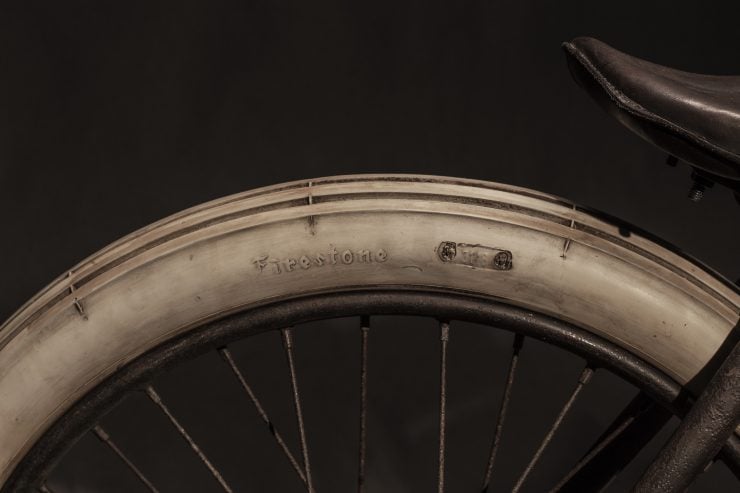 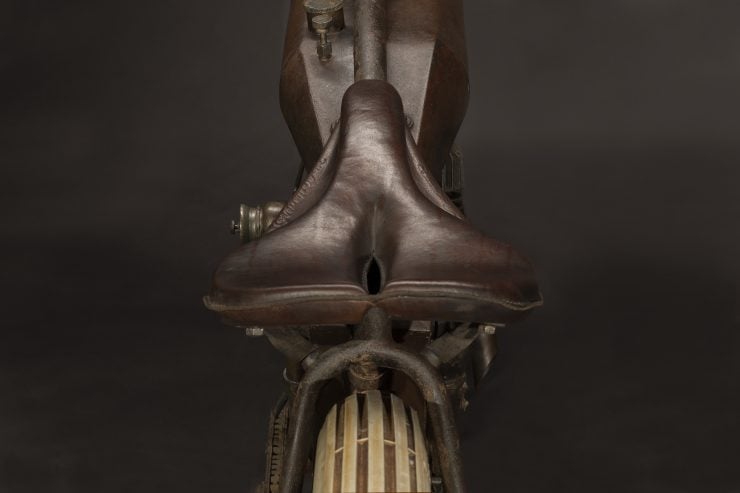 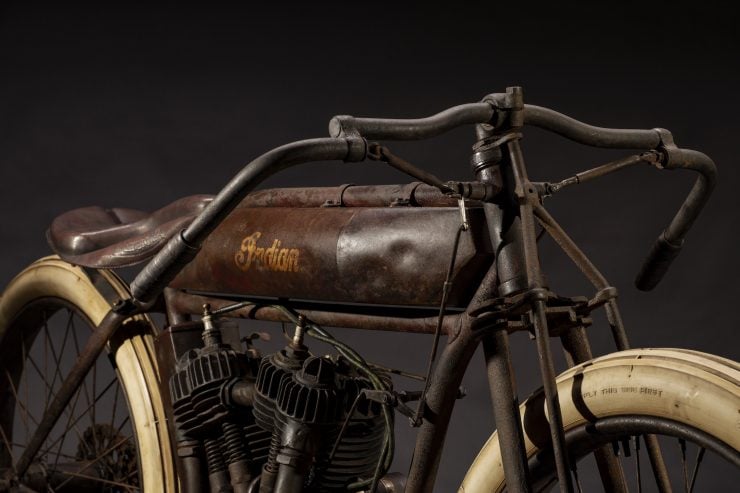 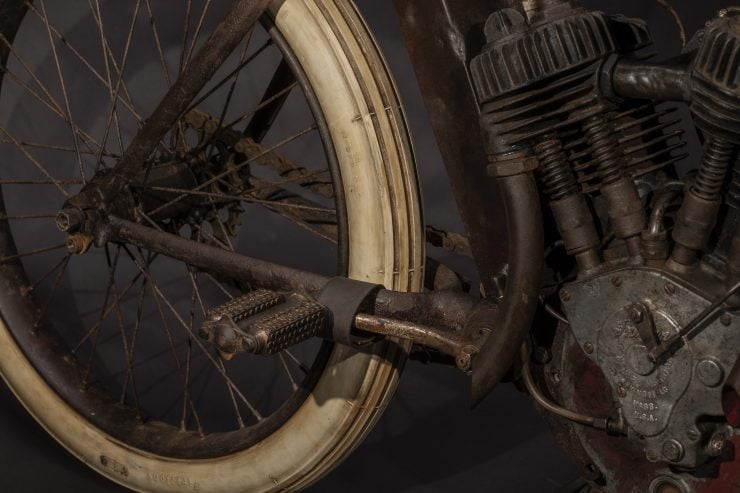 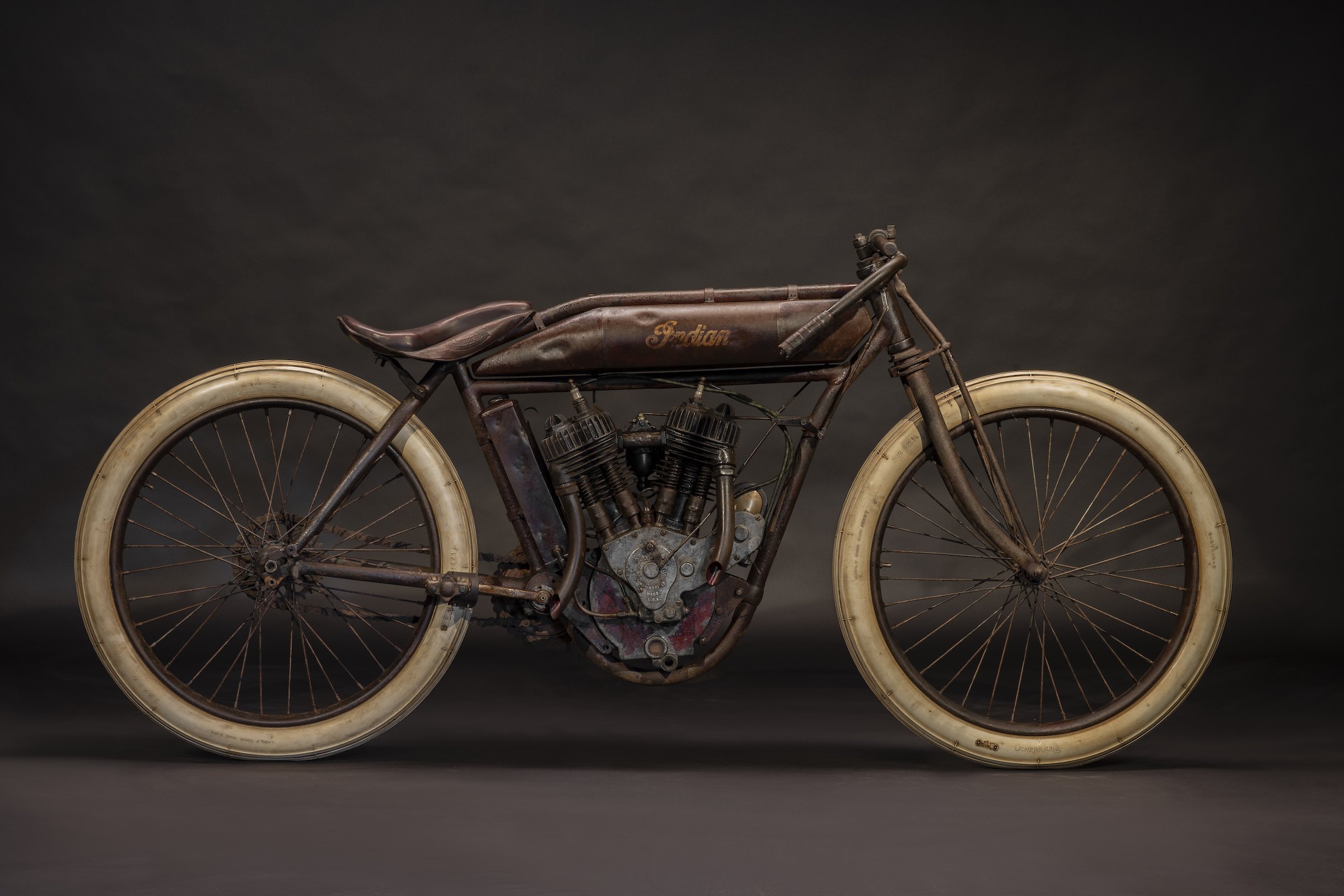