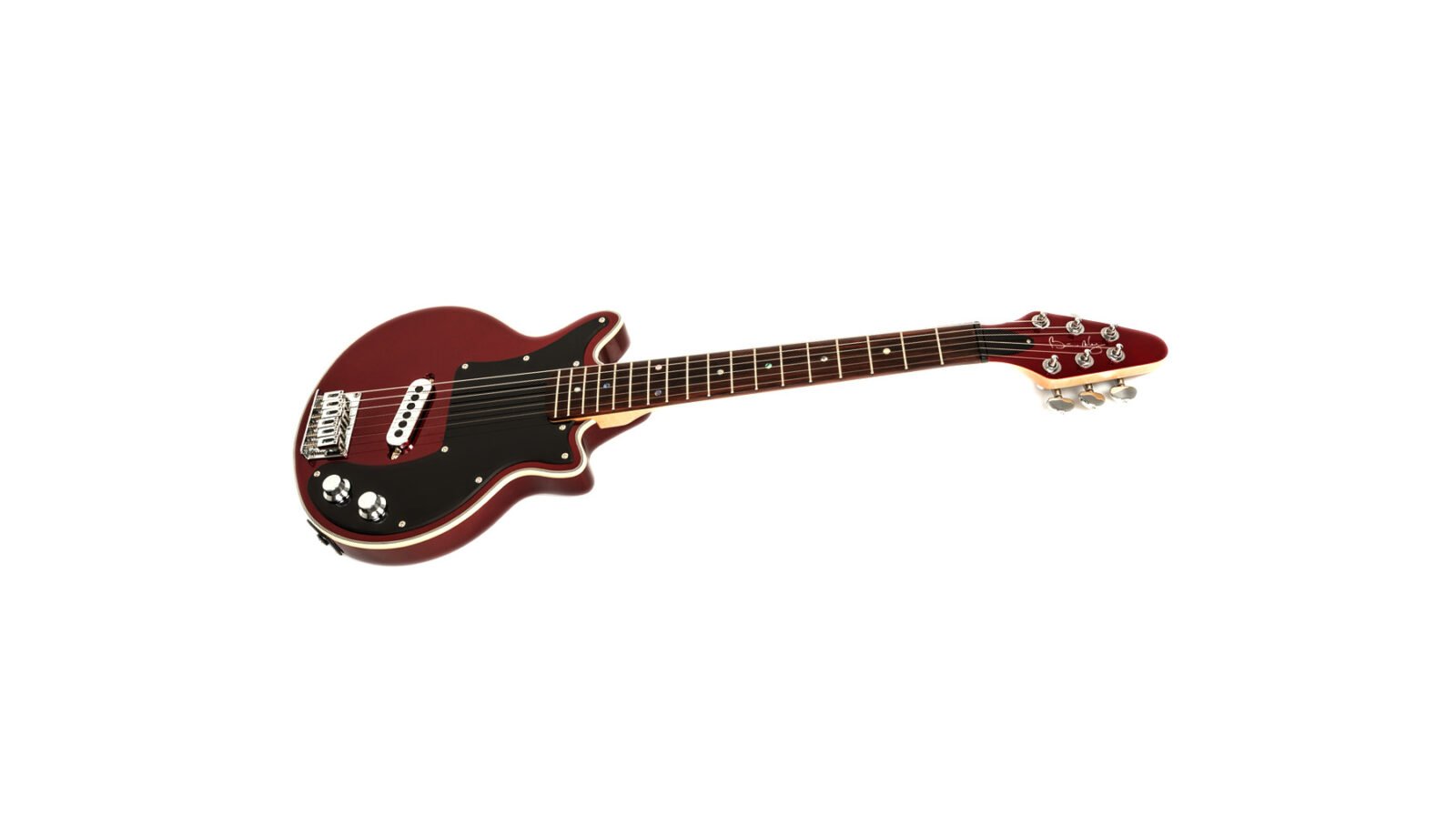 The BMG Mini May guitar was developed by Brian May of Queen and the team at BMG Guitars, a company dedicated to building modern versions of the legendary guitar “Red Special” that was built by May and his father in the early 1960s using part of a fireplace mantel.

May played the Red Special almost exclusively on Queen albums and at concerts throughout the band’s active years with original singer and global icon Freddie Mercury. Brian May composed many of Queen’s greatest hits using the Red Special, including “We Will Rock You”, “Who Wants to Live Forever”, “I Want It All”, “Fat Bottomed Girls”, “Save Me”, “Flash”, “Hammer to Fall”, and “The Show Must Go On”.

Brian May is consistently rated as one of the greatest guitarists of all time alongside other luminaries like Jimi Hendrix, Eric Clapton, and Stevie Ray Vaughan. He was ranked the 2nd greatest guitarist of all time in a Guitar World Magazine readers poll in 2012, a Planet Rock poll rated him 7th in the world, and Rolling Stone Magazine rated him 26th in their “100 Greatest Guitarists of All Time” list.

Interestingly, May earned a PhD in astrophysics from Imperial College London in 2007 and he was a science team collaborator with NASA’s New Horizons Pluto mission. He was also the Chancellor of Liverpool John Moores University from 2008 to 2013. 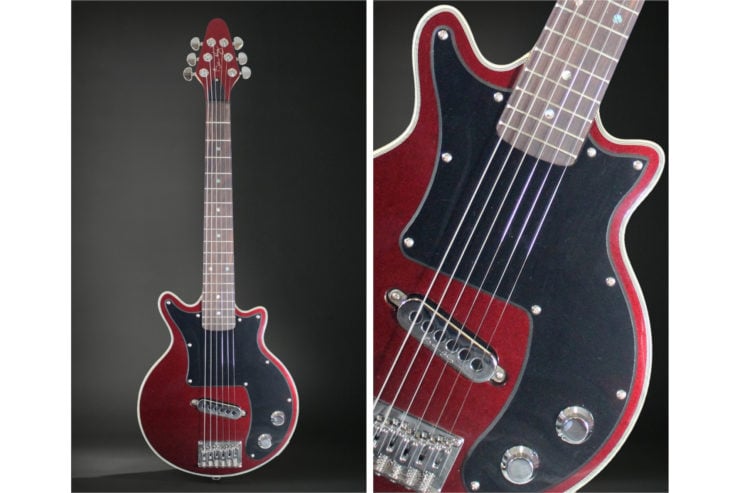 The BMG Mini May guitar is a solid body design made from meranti wood with a signature red finish. It features a bolt on hard maple neck with a double action truss rod, merbau fretboards, a graphite nut, 18 medium frets, and a fixed bridge with individually adjustable saddles. The pickup is a BM Brand custom Tri-Sonic style single coil and it has two pots, one for volume and one for tone.

A key design parameter for the BMG Mini May Guitar was to keep it affordable so it would be suitable both as a travel guitar for regular players, and as a first guitar for new players. The MSRP of the guitar outside the UK is just £204 and inside the UK it costs £245 (incl. VAT). Each guitar comes ready to play right out of the box (after tuning), and May himself uses the BMG Mini May in live performances (see the video below).

The guitar measures in at just 795mm (31.3″) long with a weight of 2.3kg (5 lbs), and it ships anywhere in the world with its own padded gig bag featuring the Brian May Guitars logo.

A new shipment of these is due any day now and they tend to sell out exceedingly quickly due to the low cost and brand name appeal, but you can sign up for email alerts on the product page to be notified when the next batch arrive. 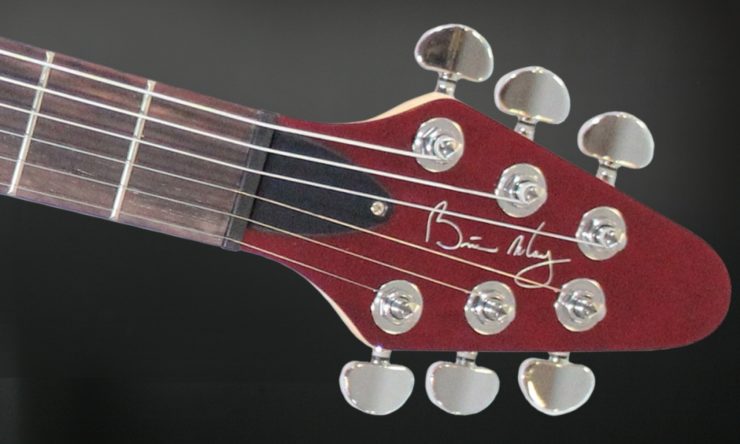 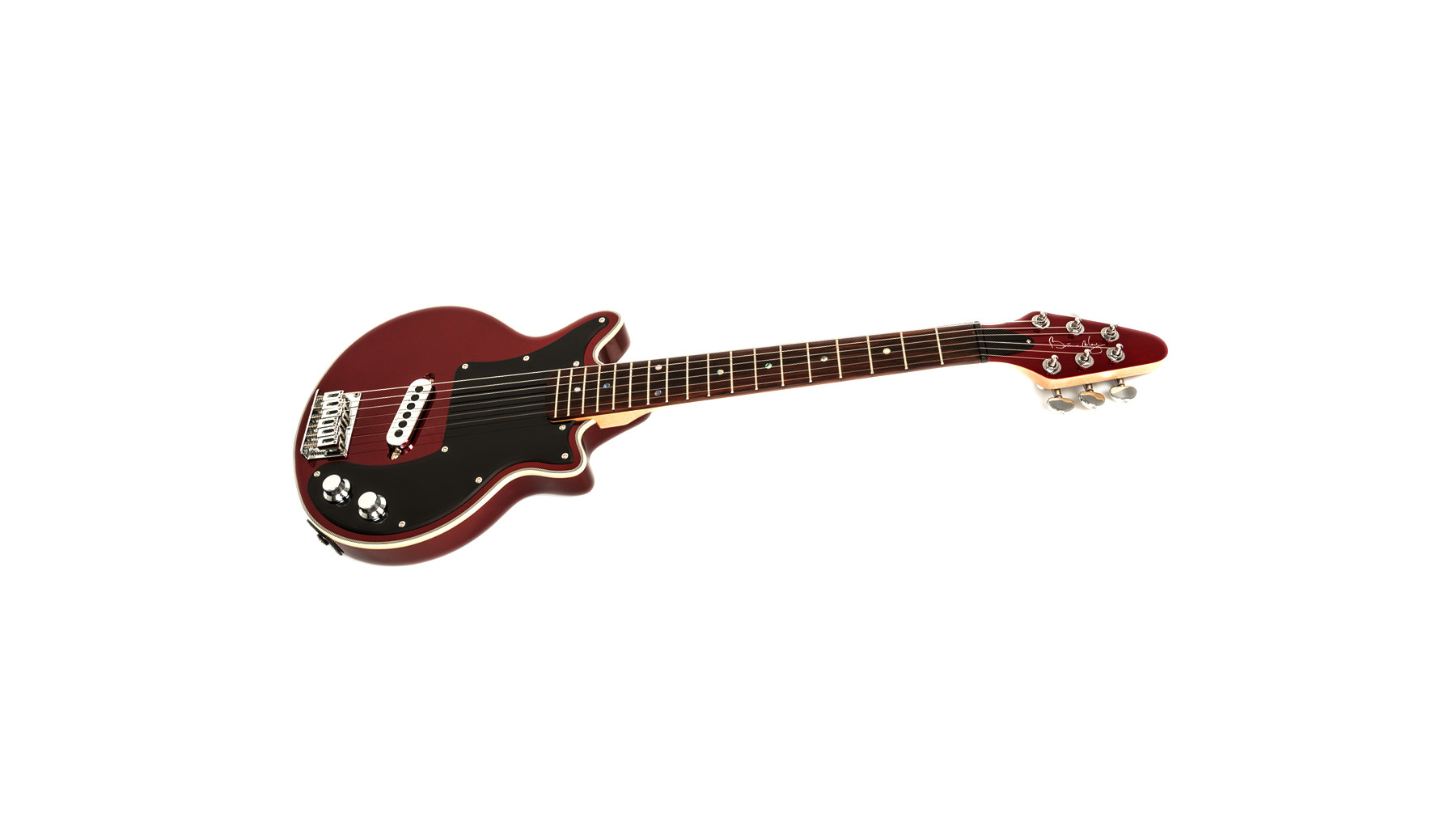