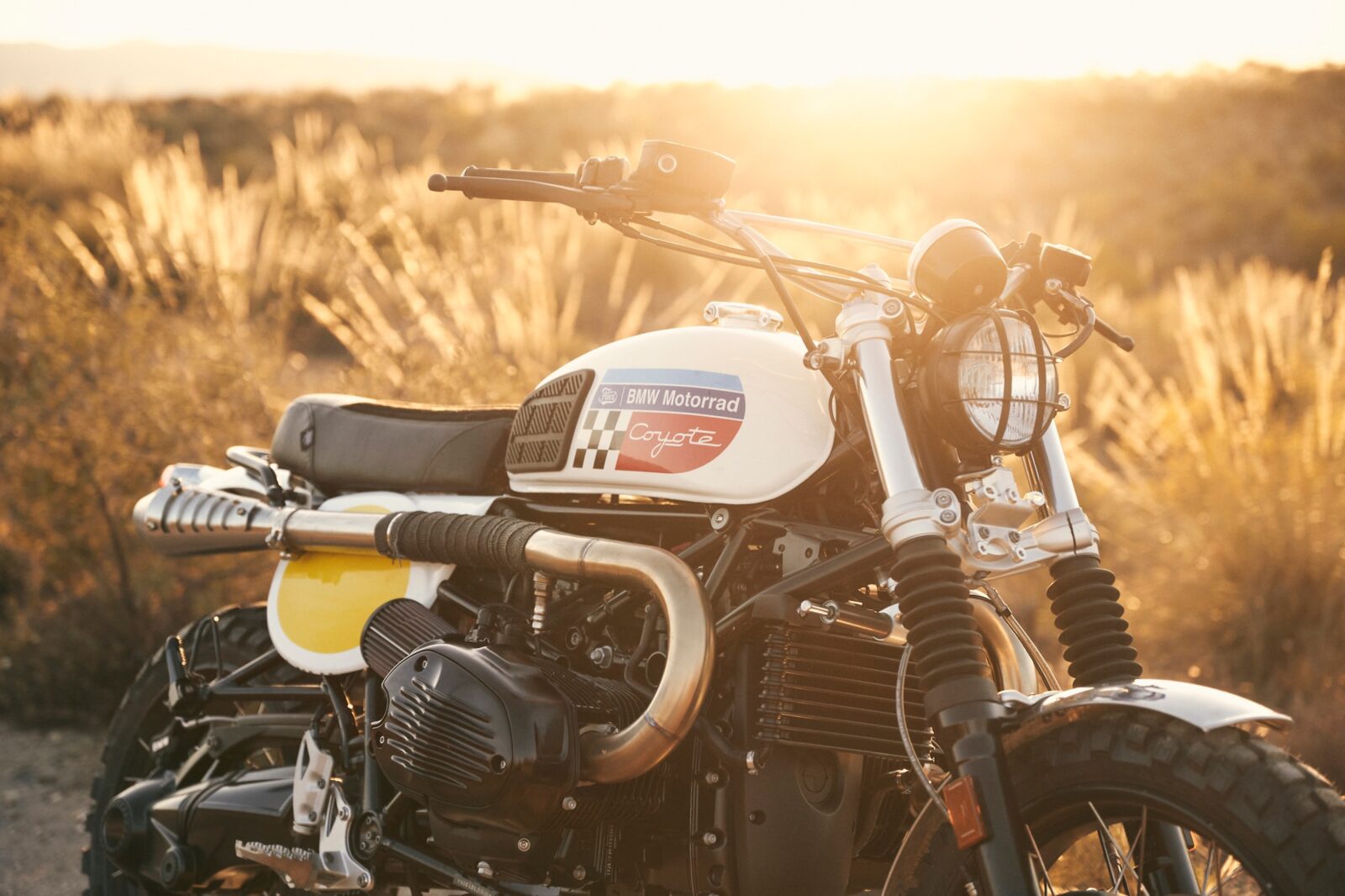 The BMW R nineT Urban G/S is a member in the R nineT model range designed to evoke the spirit and styling of the iconic 1980 BMW R80 G/S – the motorcycle that launched the modern adventure bike genre and rocketed to icon status when it won the 1981 Paris-Dakar Rally with Hubert Auriol in the saddle.

The Urban G/S you see here was re-worked by the Barcelona-based team at Fuel Motorcycles at the request of BMW Motorrad. While the factory-original bike does have moderate off-road ability (think fire roads and forest trails), the guys at Fuel wanted to up the ante, and create a modern dual sport bike with more pronounced off-road ability, and styling that wouldn’t look a whisker out of place on the start line of the 1981 Paris-Dakar.

From the factory, the R nineT Urban G/S comes with the standard flat-twin, producing 86 ft-lbs of torque at 6,000 rpm and 110 hp at 7,750 rpm. It has conventional forks, a monoshock rear, seat space for two, a small head light cowl, a twin front fender arrangement, an upright riding position, and a wet weight of 221 kilograms. 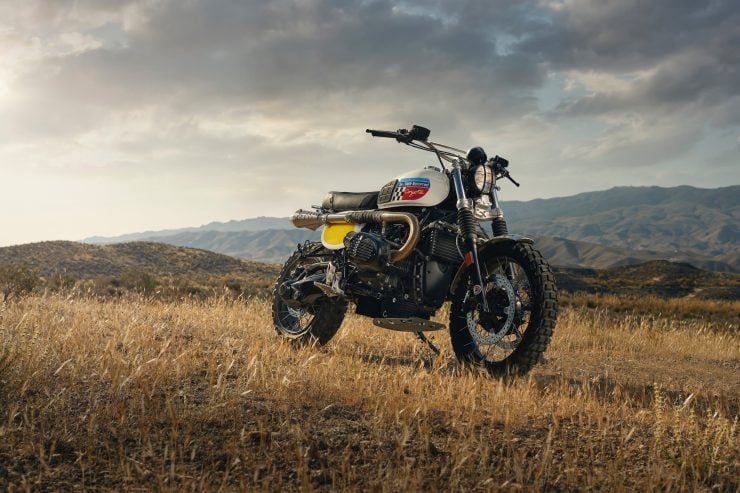 Once Fuel Motorcycles took delivery of their Urban G/S they loaded it up on the hydraulic lift and took a good look at it. The goal was to lower weight and improve off-road ability, while sticking closely to the styling cues of the glory days of the original R80 GS.

It was decided that the original fuel tank and seat would need to go, and a new exhaust would be needed to get the pipes up out of the way – to ensure they didn’t bottom out on rocks and rough terrain. They also wanted scrambler-style braced handlebars, new “proper” mud fenders front and back, a bash plate under the sump, better suspension, a thicker seat, and a retro headlight with a protective grille.

The build started with a partial teardown, the team realized they would need to fabricate a new subframe above the engine to accommodate the new fuel seat and fuel tank. The original BMW fuel tank accommodates a fuel pump, so a new auxiliary tank was created to house the pump, and a Suzuki GT 250 tank was sourced, painted, and fitted, with a direct connection to the aux tank.

Great care was taken to keep a straight line from the bottom of the fuel tank along the bottom of the seat, the latter of which was made bespoke in the more traditional style with thicker foam and leather upholstery. 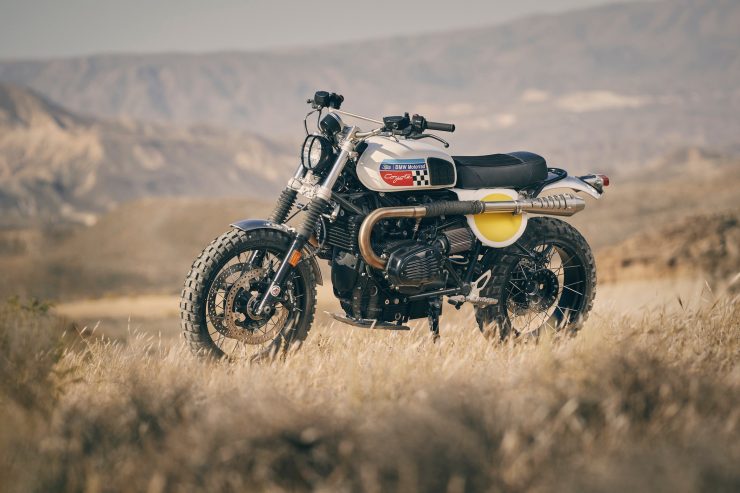 An aluminum sump guard was fitted and the team at Fuel created a bespoke pair of headers to curve the exhaust up and over the cylinders – keeping them out of harms way even if the bike is dropped on its side. Heat wrap was used on the pipes to save the riders legs should they touch it, and a pair of matching mini mufflers exit out past the rear tire.

The stock suspension on the R nineT G/S is perfectly capable, however it was decided to swap it out for higher-spec units including an Andreani adjustable hydraulic cartridge kit inside the front forks, and a new Öhlins monoshock in the rear.

A new headlight was sourced from a local enduro bike and paired with mini LED indicators front and back. A matching set of BMW head protectors were fitted, and a set of chromed fenders were installed front and back.

The engine breathes better now thanks to the elimination of the catalytic converter, the addition of the freer-flowing exhaust, and the use of K&N air filters. The spoked wheels were fitted with chunky Continental TKC 80 tires – capping off the newfound offload capabilities of one of BMW’s modern classics. 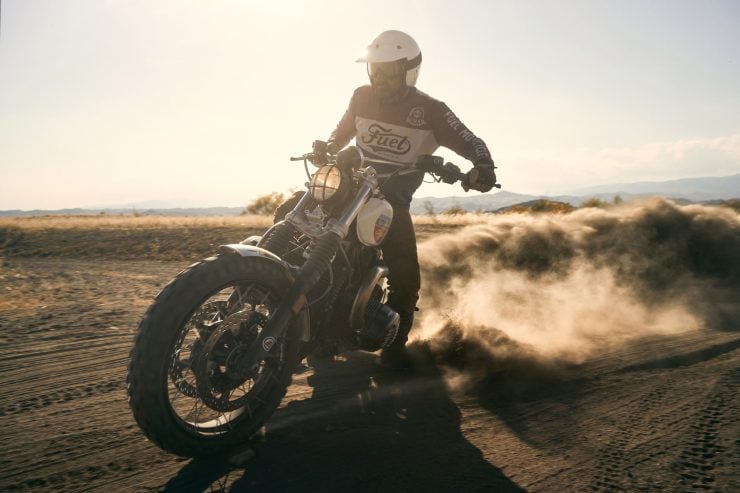 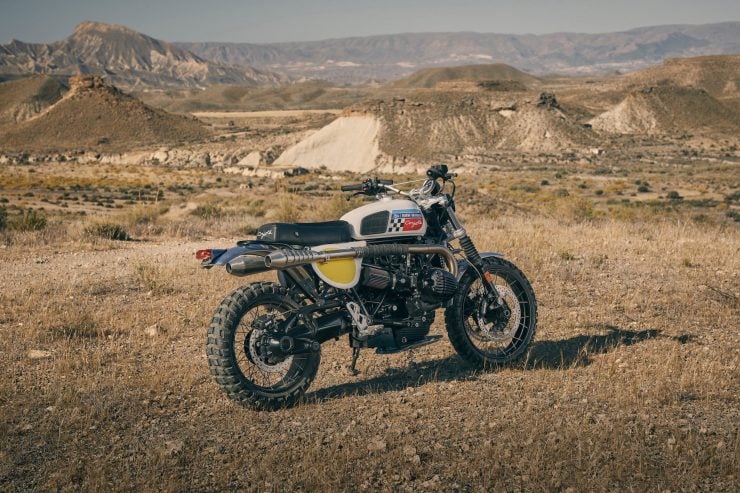 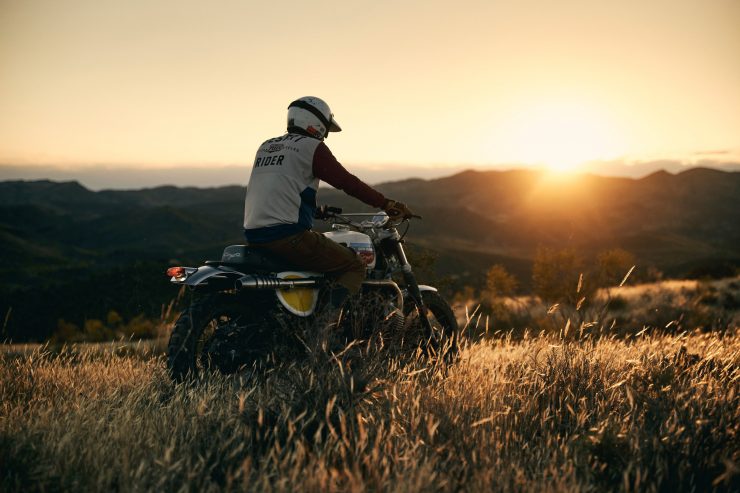 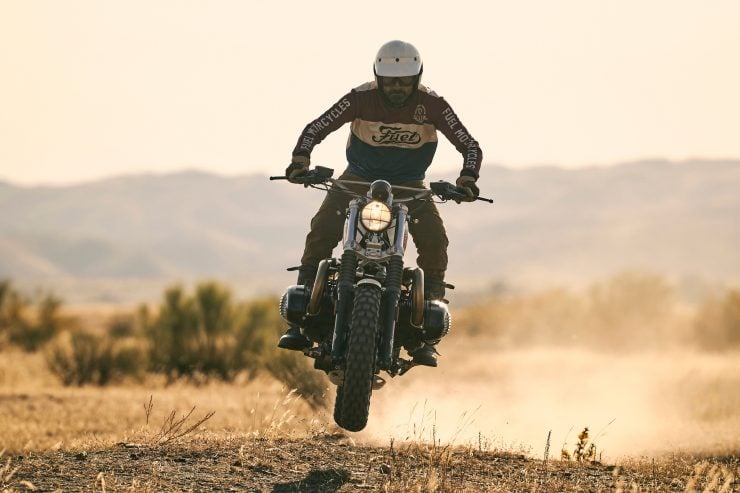 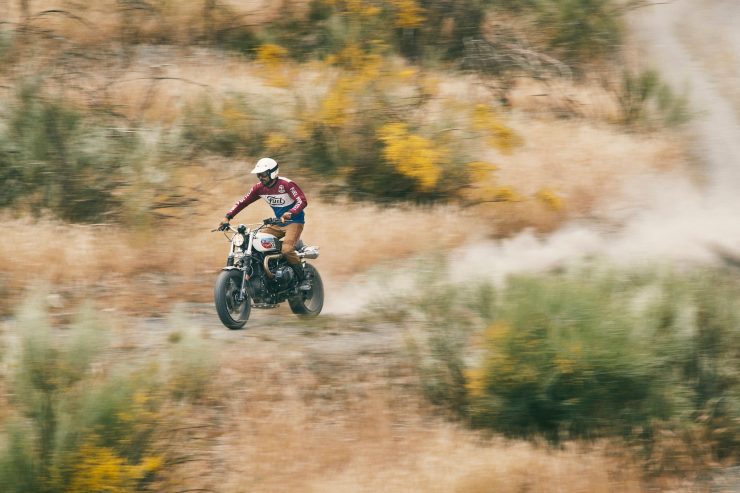 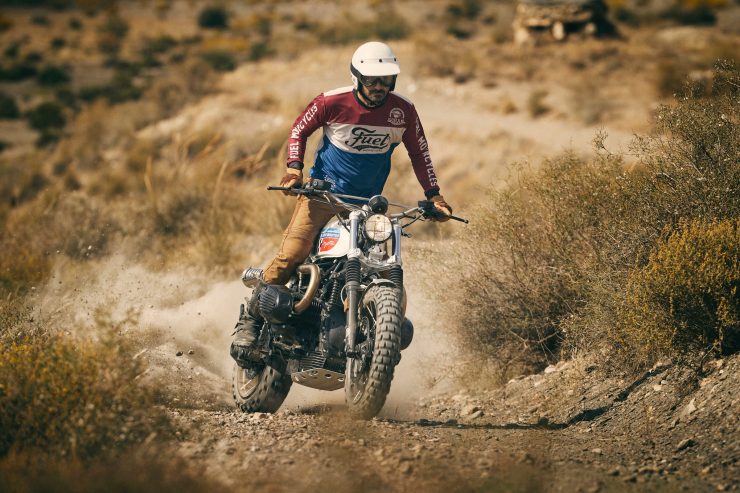 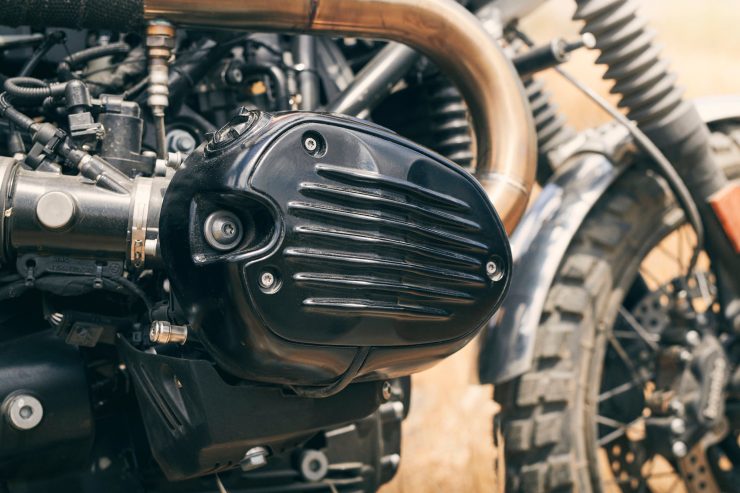 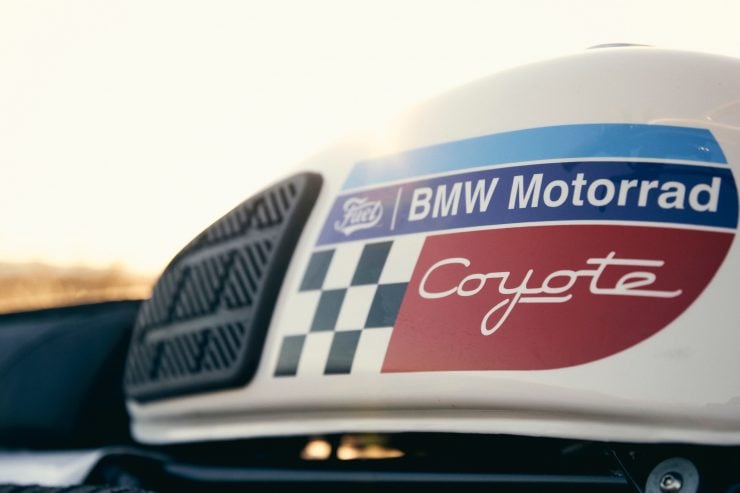 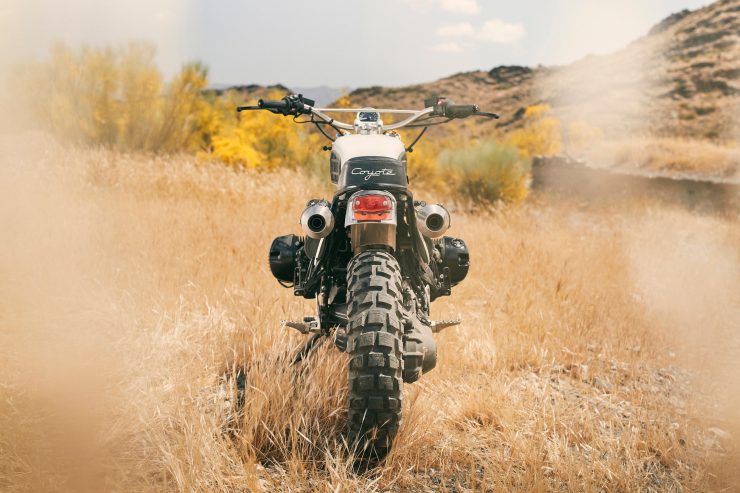 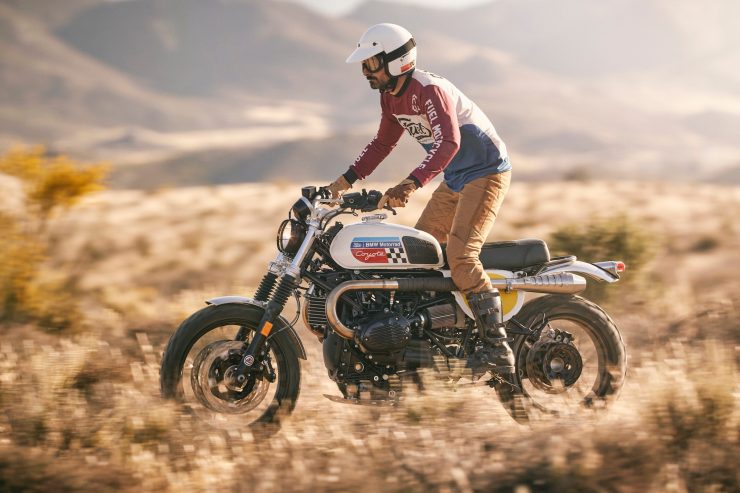 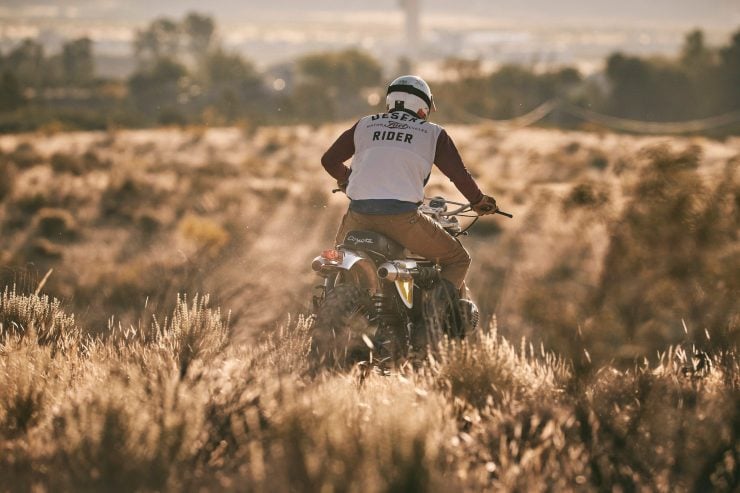 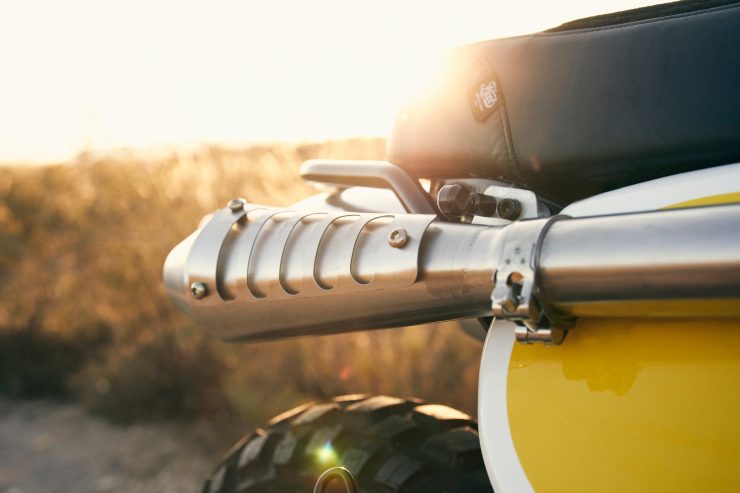 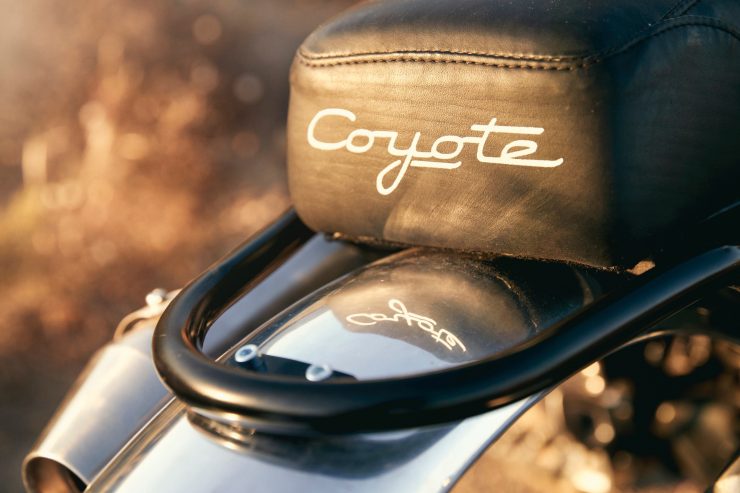 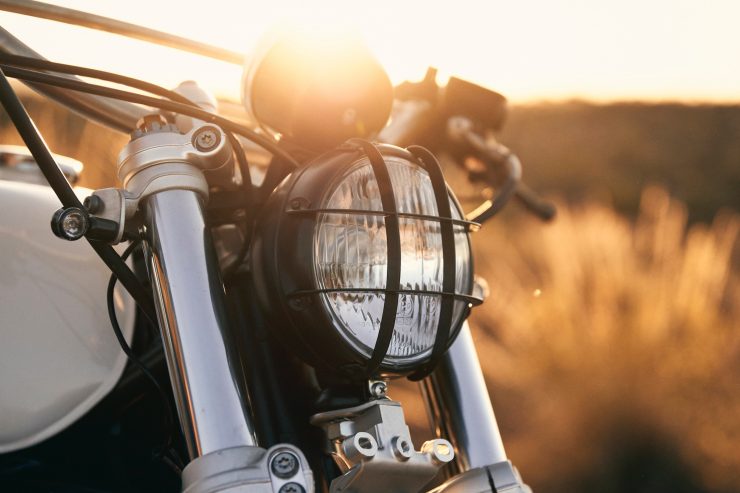 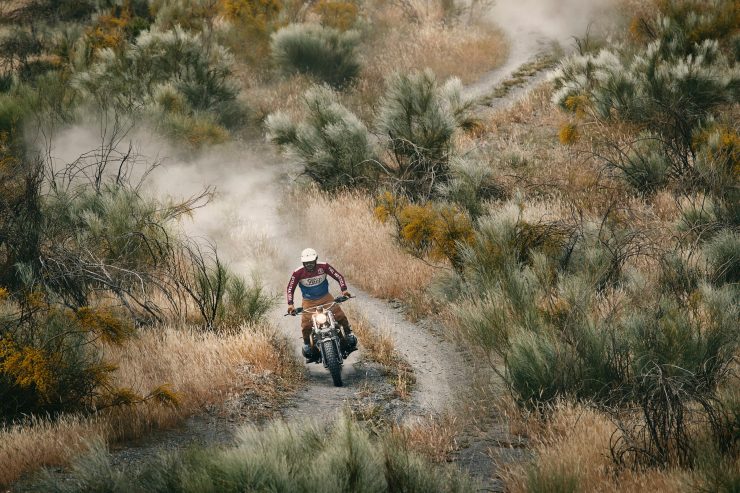 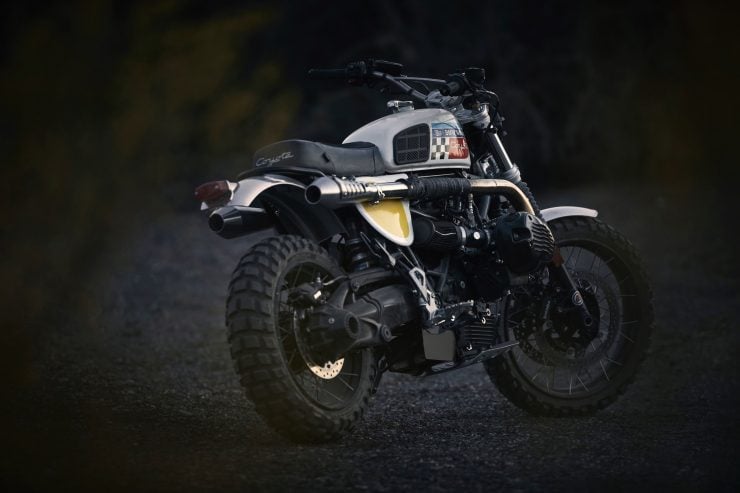 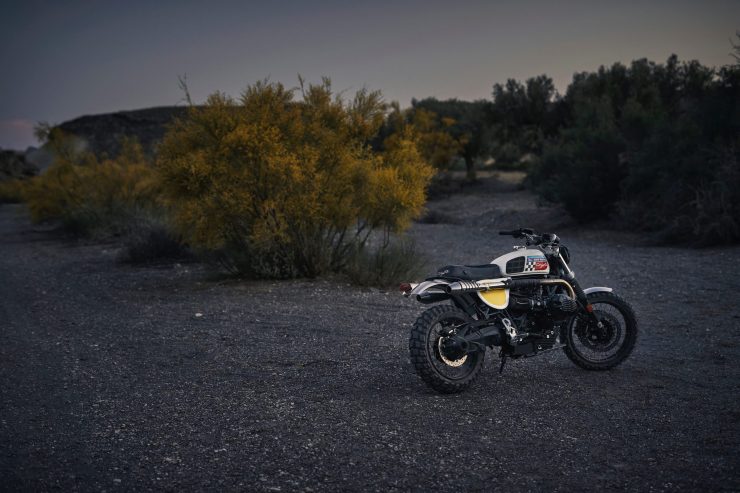 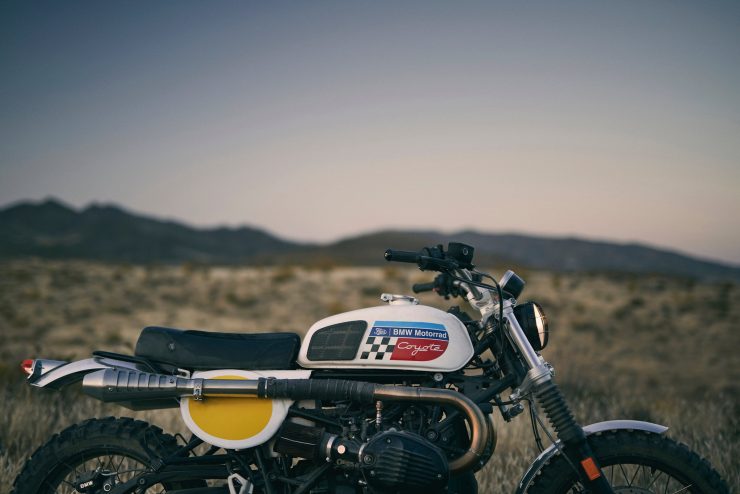